I have often wondered if there is a hormonal cycle that I am unaware of that influences my propensity to pick a fight with the sky. Weather had been straight out the Pittsburgh, Pennsylvania playbook (gray and bleak). It was forecast to clear, had not yet, and my wife and I had made dinner arrangements (to the extent it is possible in spite of a mountain of rules) with friends. Ever averse to the idea of fixing a time on anything that would interfere with flying, I now found this dinner engagement to be a thorn in my side, as intuition said the clouds would clear. I would have preferred to go up after mountain snows, versus waiting until they got tired days later.

As I previewed web cams, weather models, and satellite shots, I had the view that the clouds would dry up pretty quickly. I saddled up the flying gear, did a flight briefing, scurried to the airport, and fired up the airplane, noting broken overcast to the west, overcast overhead, and some soup to the east. By the time operating temps were in the green, things were at minimum adequate VFR below the clouds. Full power and off we go….

By the time I got to 6,000 feet, there was an adequate hole in the clouds. The overcast deck was also pretty thin, perhaps 500 feet thick at most in that spot. The next logical question is: what if the hole closes? I left with full fuel and had confirmation that a number of airports were in range and had VFR access. The issue would not be CFIT or VFR into IMC, it would be a wife who would demand some form of penance as I then would have to ride a train back, while missing dinner.

It turns out, none of that drama was necessary. I scooted around for 30 minutes in the islands in the sky, found a bigger hole, dropped down, landed, and by the time I got home, cloud coverage had reduced to 50%. We made it to dinner on time.

As for the proposed hormone cycle, some days I pick a fight with the sky, other days I don’t even notice that it is there. I am eternally curious as to what I see and what is going on, though the difference between a fat, lazy, inertia-inducing shrug and a battle cry that results in a flight remains unknown.

700 feet above the airport on climb out. Such is the Alps. 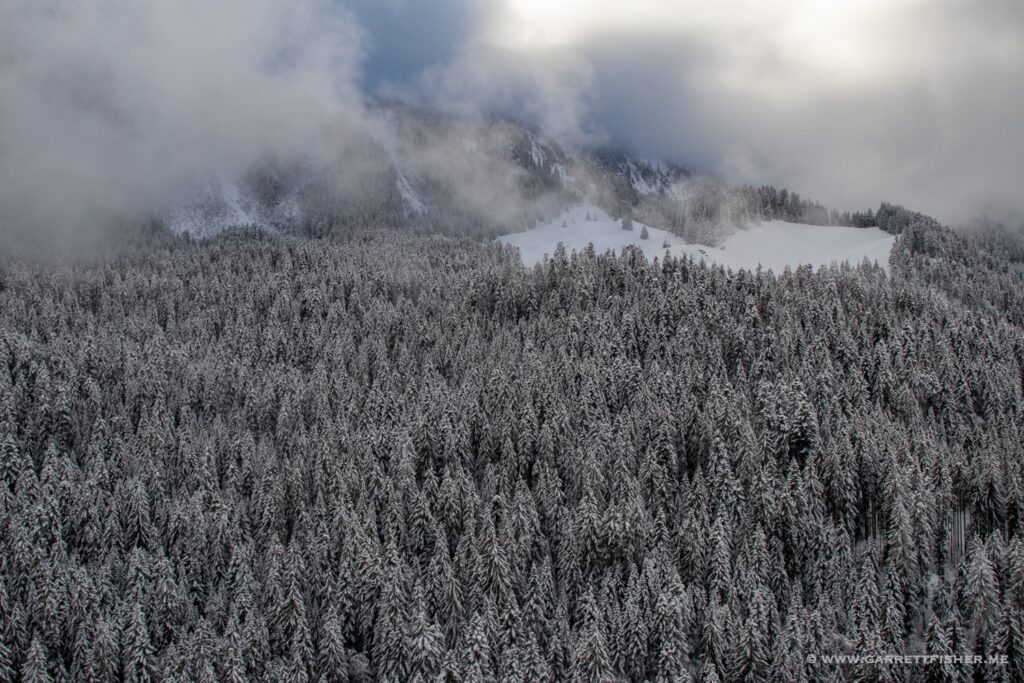 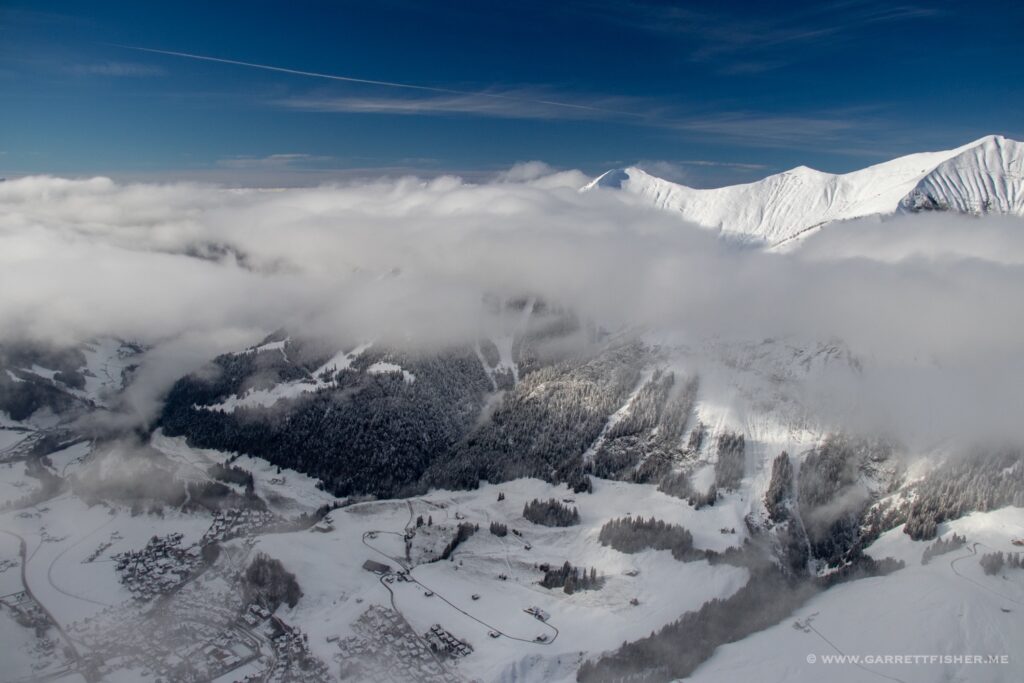 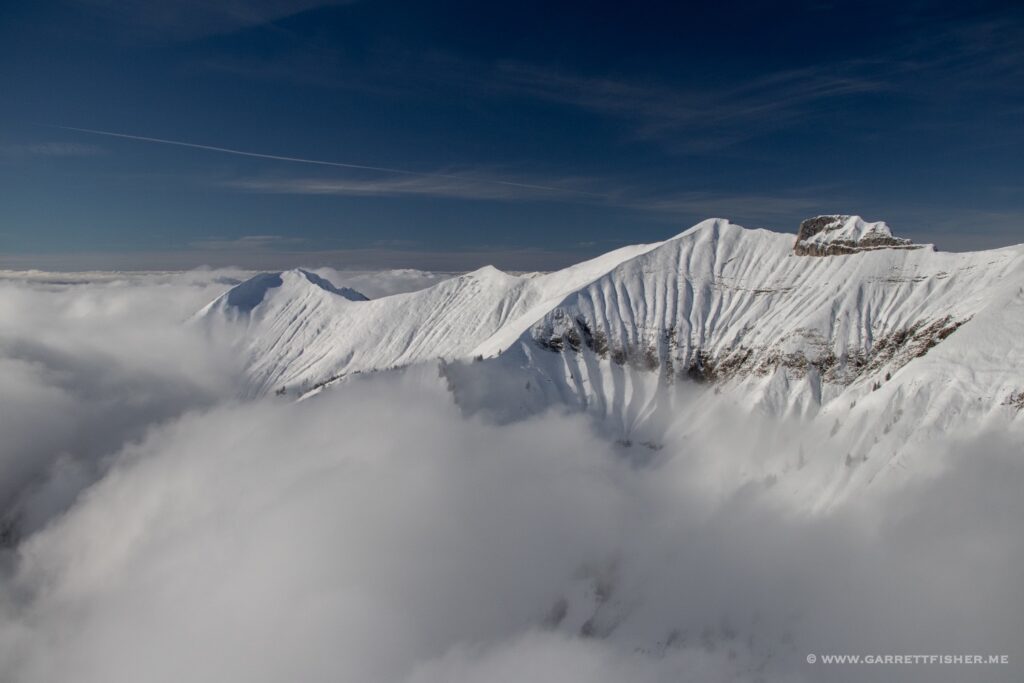 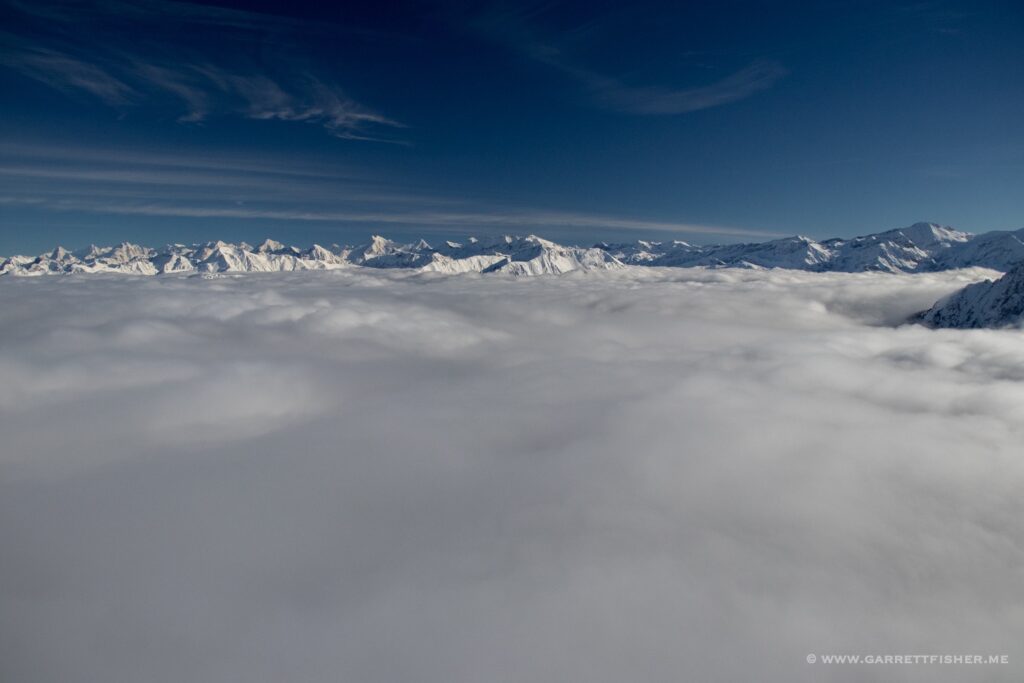 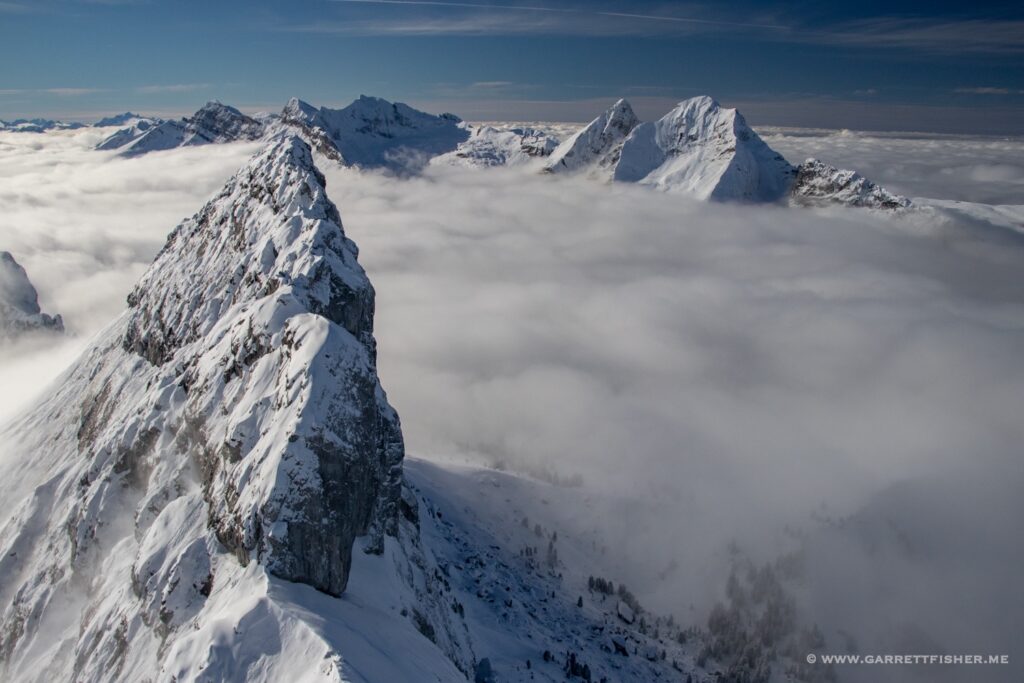 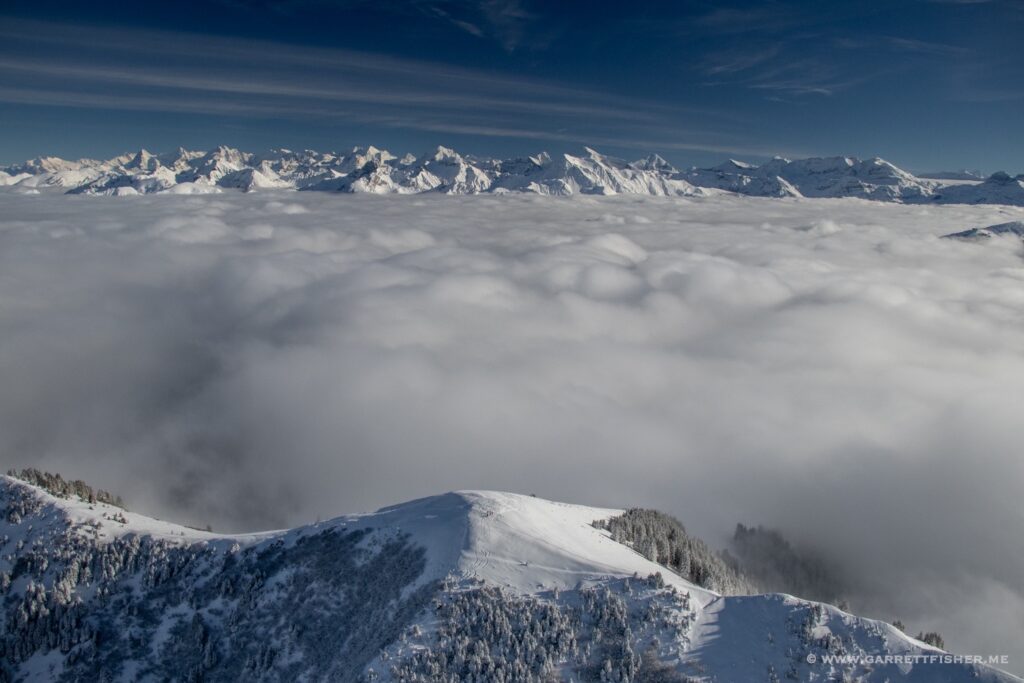 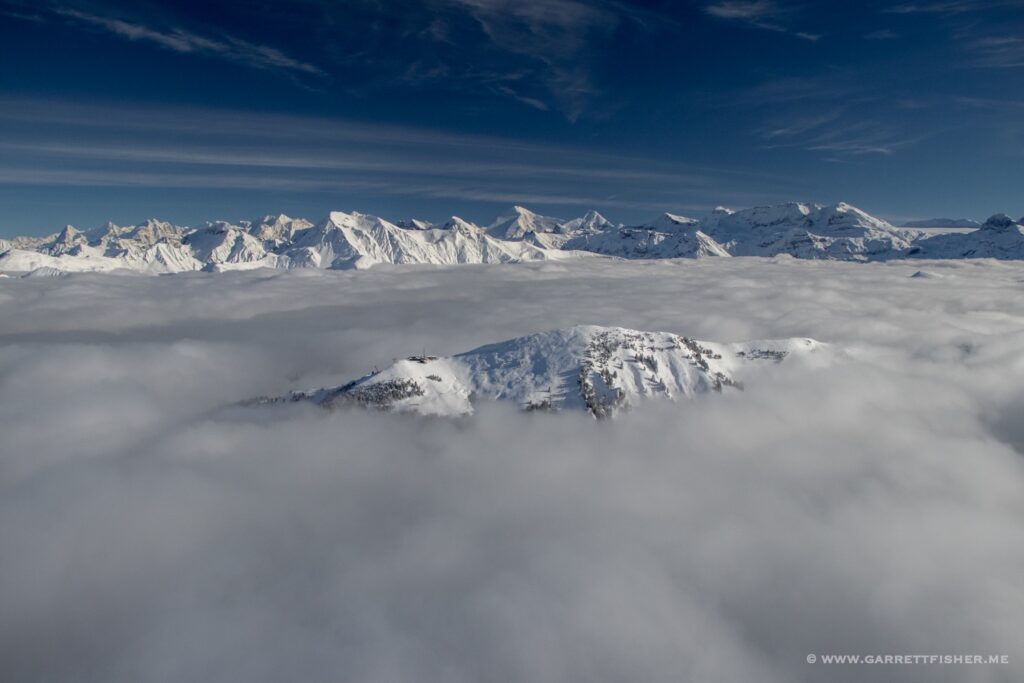 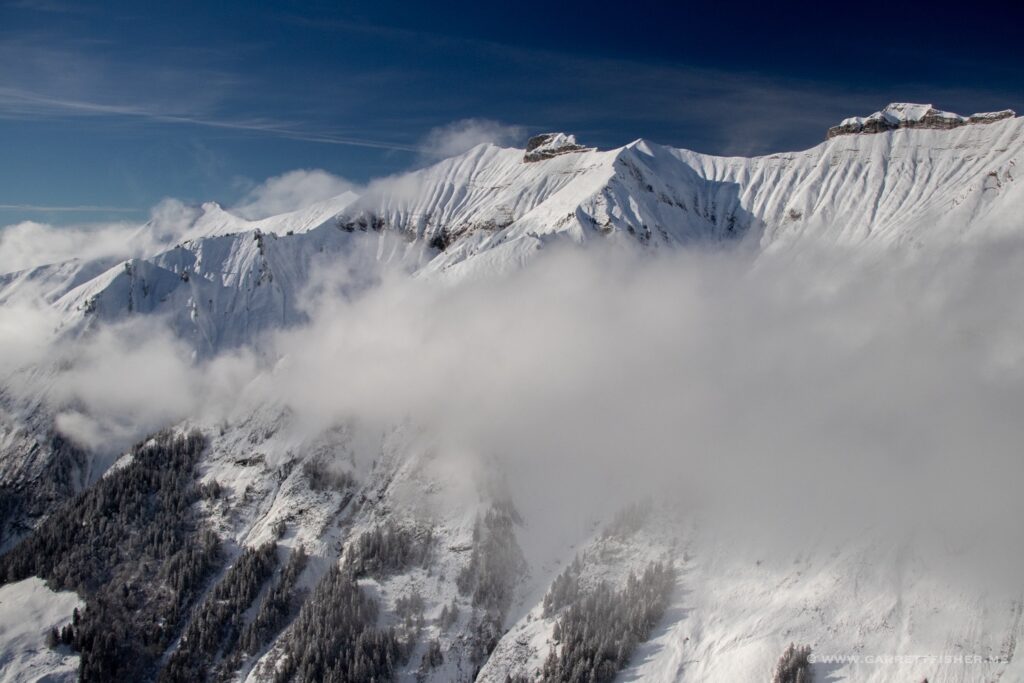 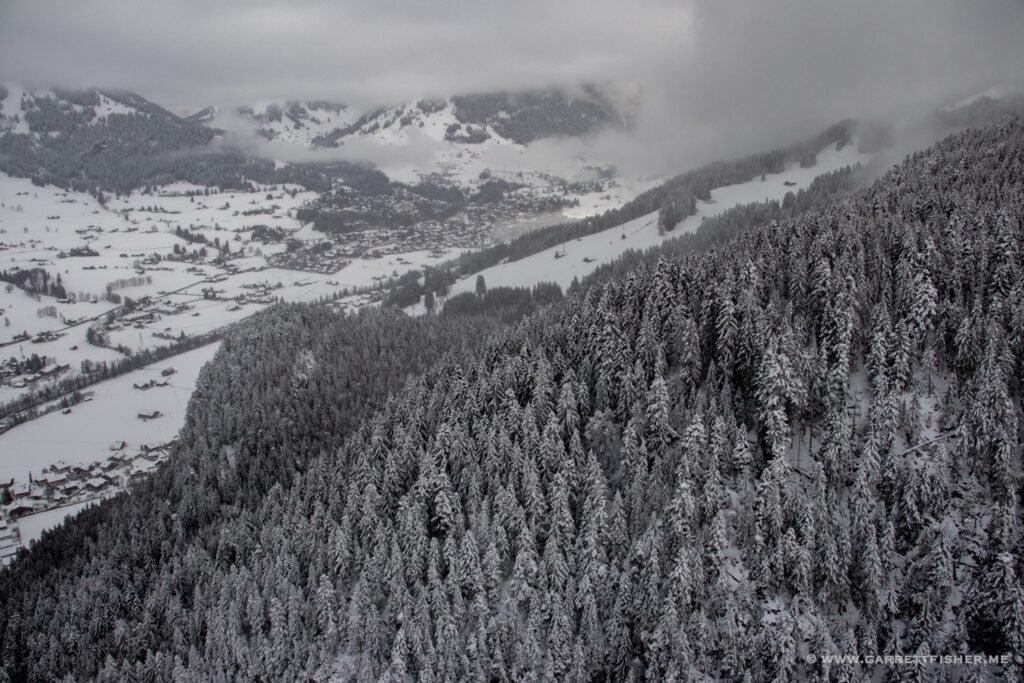 Wispile. About to turn left hand base 26, looking out the right. 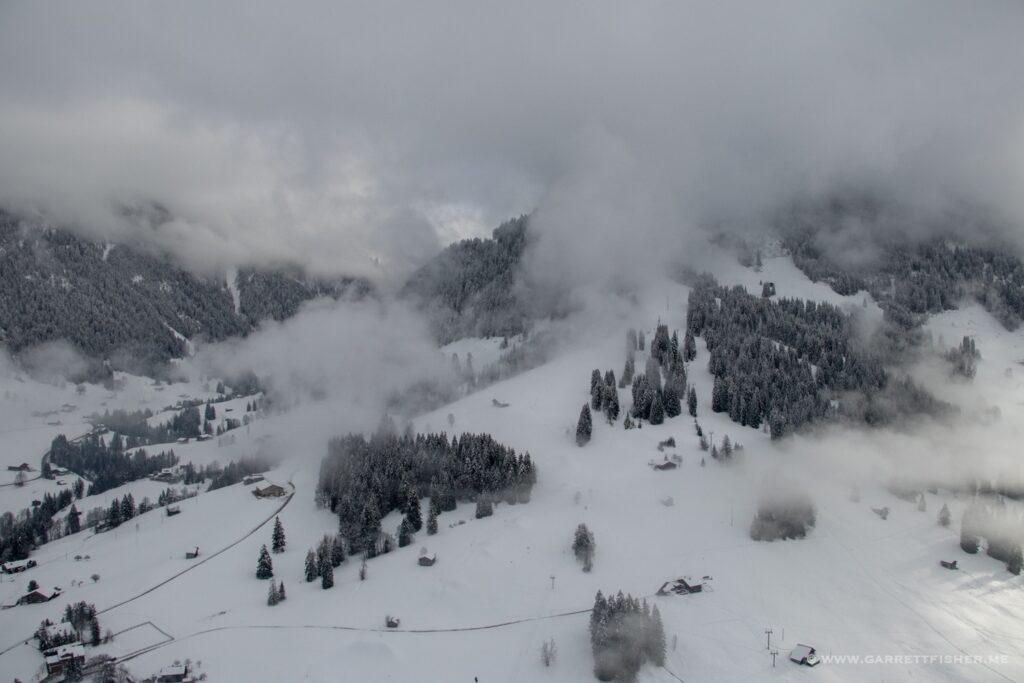 Left hand base 26, looking left. The hole, now growing, is visible down valley. 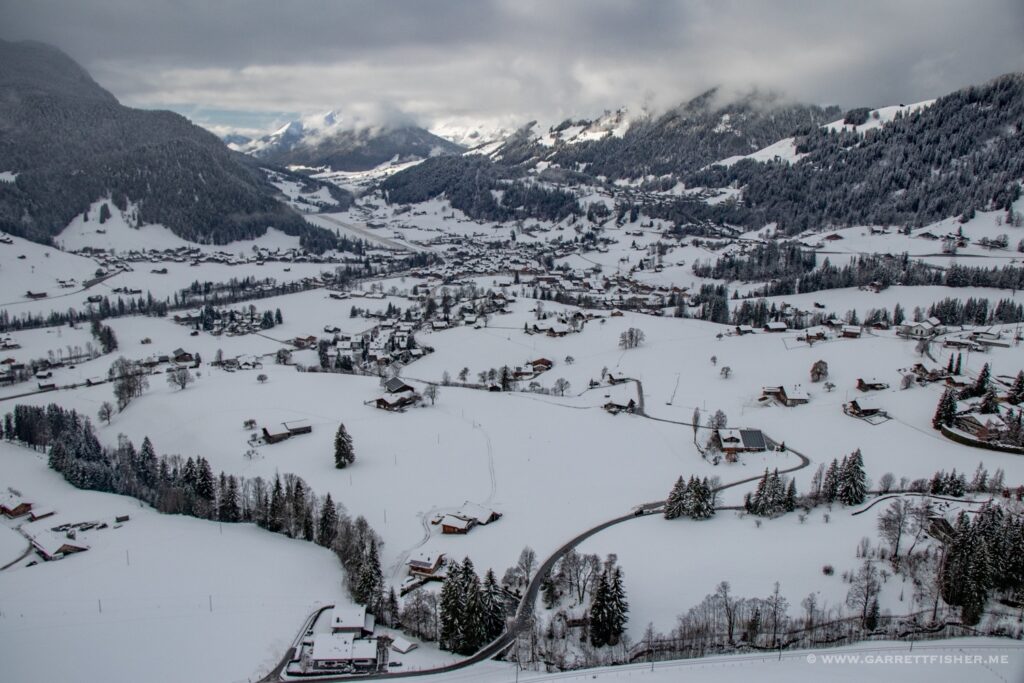