Passengers are something that I don’t often talk about, because I almost avoid taking them up in the airplane whatsoever. If it isn’t whining about how their schedule does not line up for a ride, then its nagging about how long pre-flight and other activities will take, how small this airplane is, how cold it is while up in the air, how badly they have to go to the bathroom, and how scared they are of turbulence. Lets never, ever, ever talk about a passenger offering to cover their true share of aviation expenses, much less the gas to drive them to the airport.

When I was young, my grandfather kept an airplane very similar to mine about 500 feet from our house, in a green hangar, and he would go flying whenever he wanted. If I wanted to go, I had to see the door open or hear the plane start, and it was my job to get myself over there to hop in. I must have spent an entire decade peering out the window on the hour to see what he was up to on good weather days. That taught me a few things: a) knowledge of when the weather was good and b) personal responsibility for a ride. As I got older, it wasn’t a matter of simply hopping in before starting the engine; I would chase him down the taxi strip, running alongside the wing, until he saw me and let me in, not always happy about the interruption, not that I cared anyway, I was going flying! A few times, he powered up for takeoff, and I ran out into the runway waving so he’d abort, which he would, and at that point, he simply respected my determination. While I was bold, there was plenty of room for him to stop.

I took my third passenger up in a year, and I decided to revisit the northern OBX flight that went sour in December (camera settings weren’t right, oops). This particular person owns a few houses up where we are living, so it made sense to show her something she wanted to see, as well as getting photos that I wanted.

This lady knows how to go for a plane ride. I told her how long the whole affair would take, how cold it was, how bumpy it would be, and issued orders that I don’t want whining, bathroom stops, puking, or other annoying behavior. She came with a ski jacket, freshly purchased GoPro, water, and a rare approach to flying. No matter what I did that usually unnerves passengers (it’s a small plane, so they are not used to a lot of normal routines), it was a pleasant ride with enjoyable conversation on the intercom, and no neurotic panic attacks or other senseless fears. Afterward, I realized that I gave a ride to one of the few people in life that I know that have the same view I had as a kid: if a plane ride is desired, then make it difficult for the pilot not to give you one. 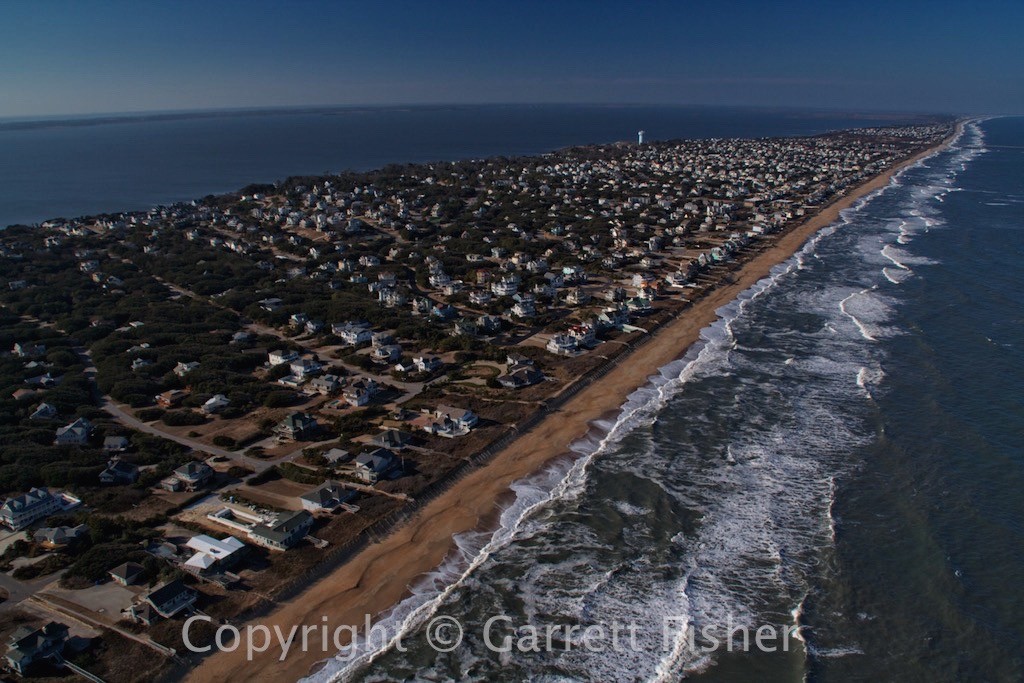 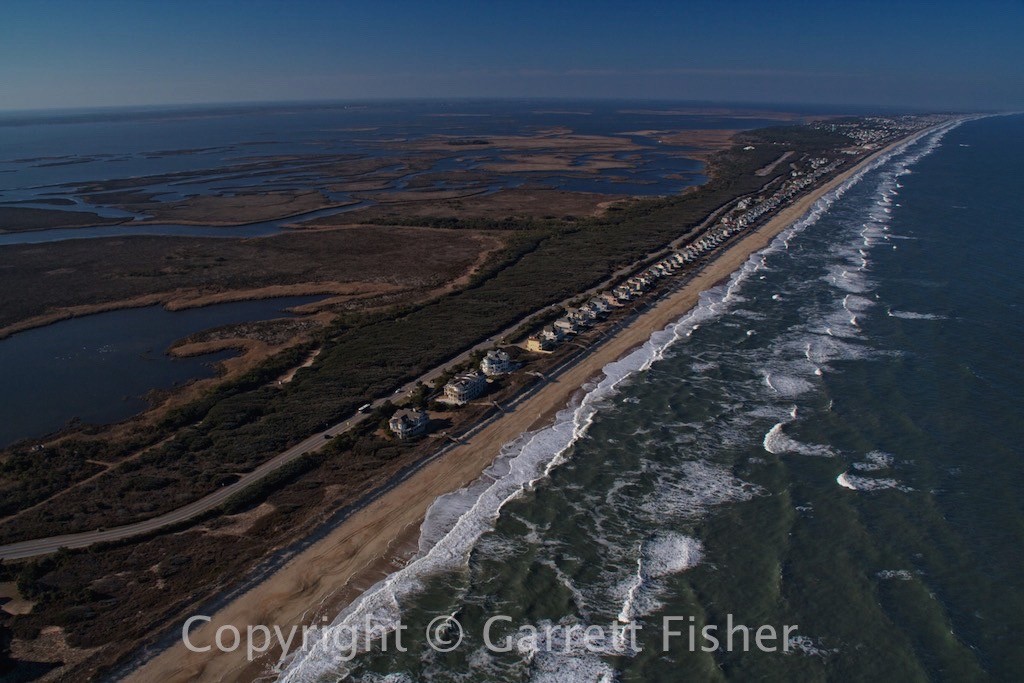 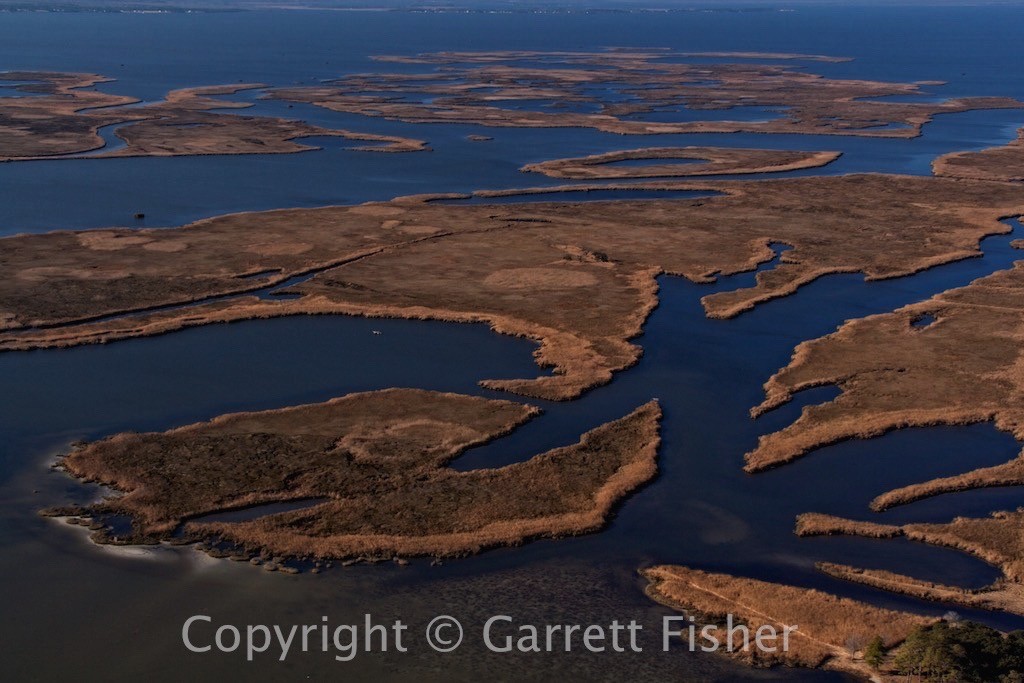 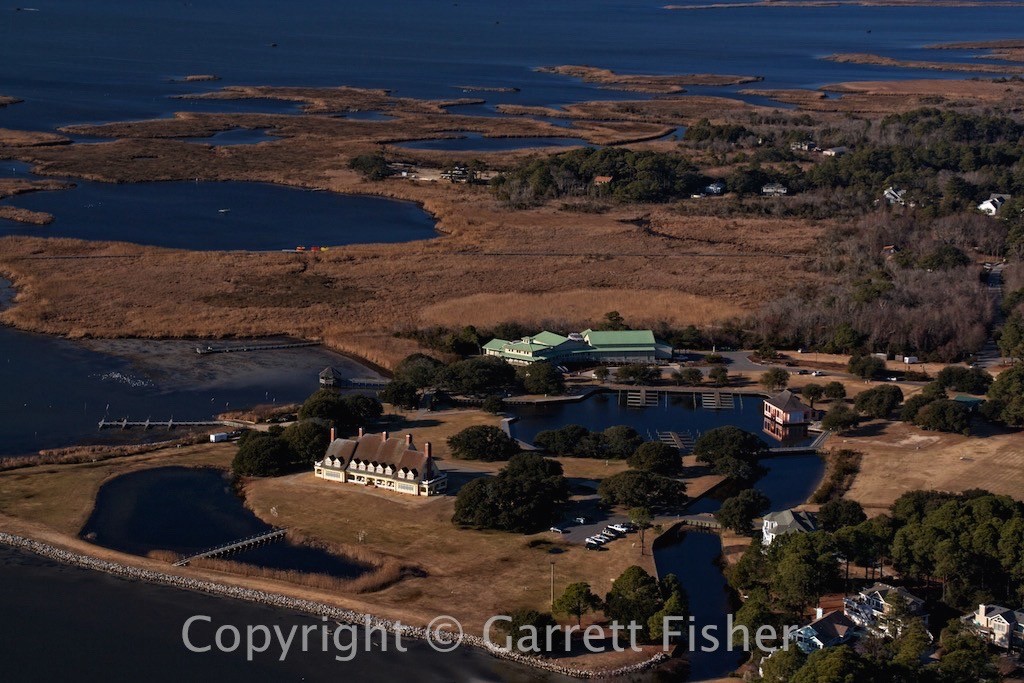 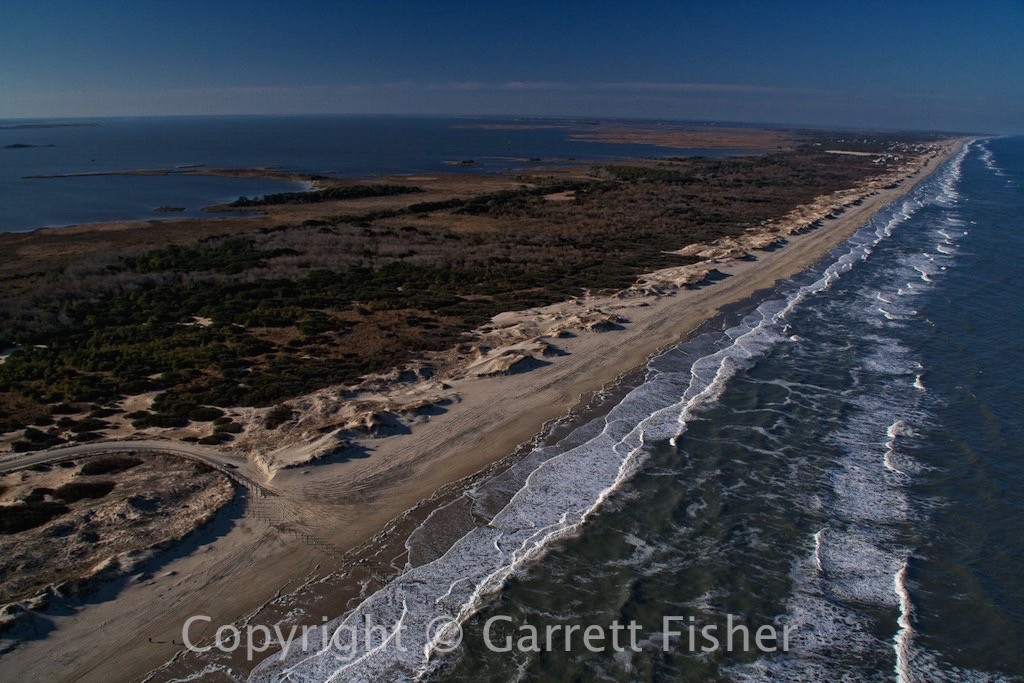 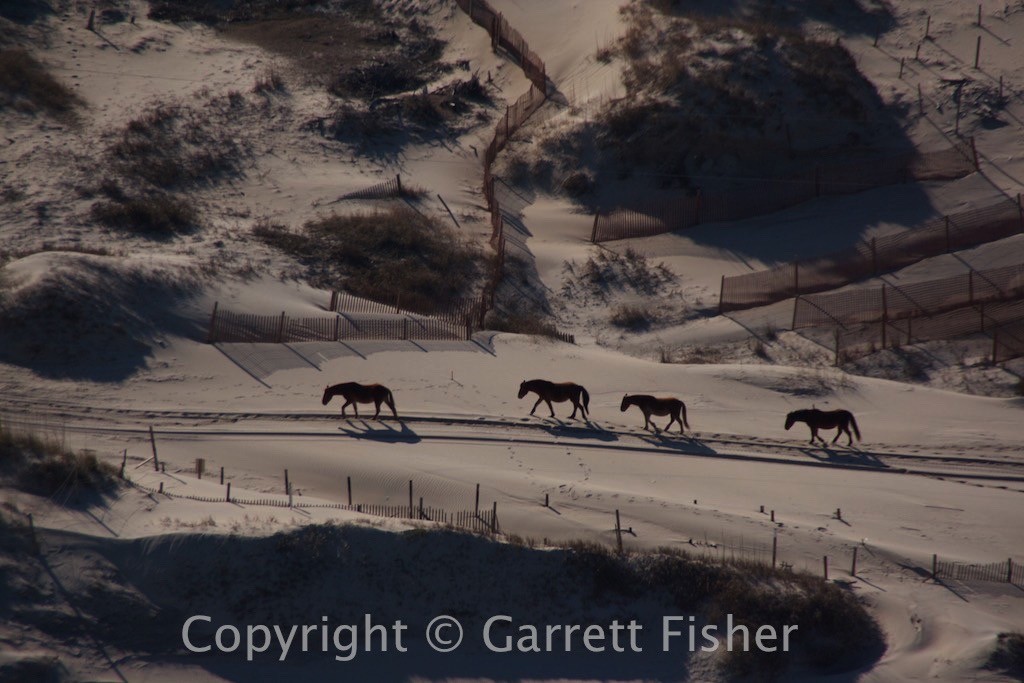 Horses (If that is not already evident…) 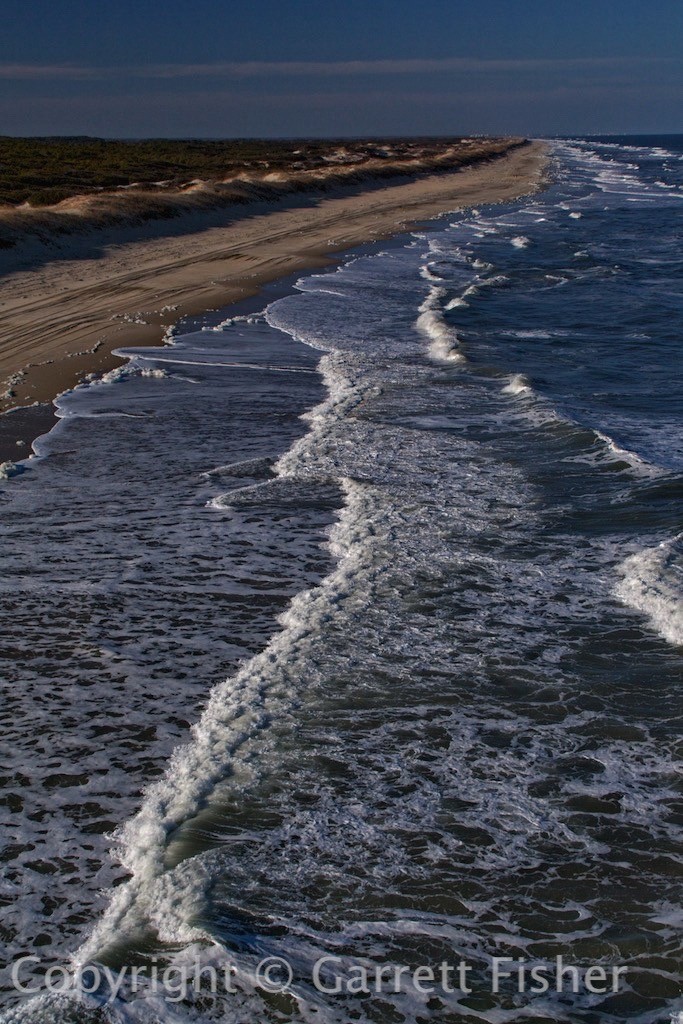 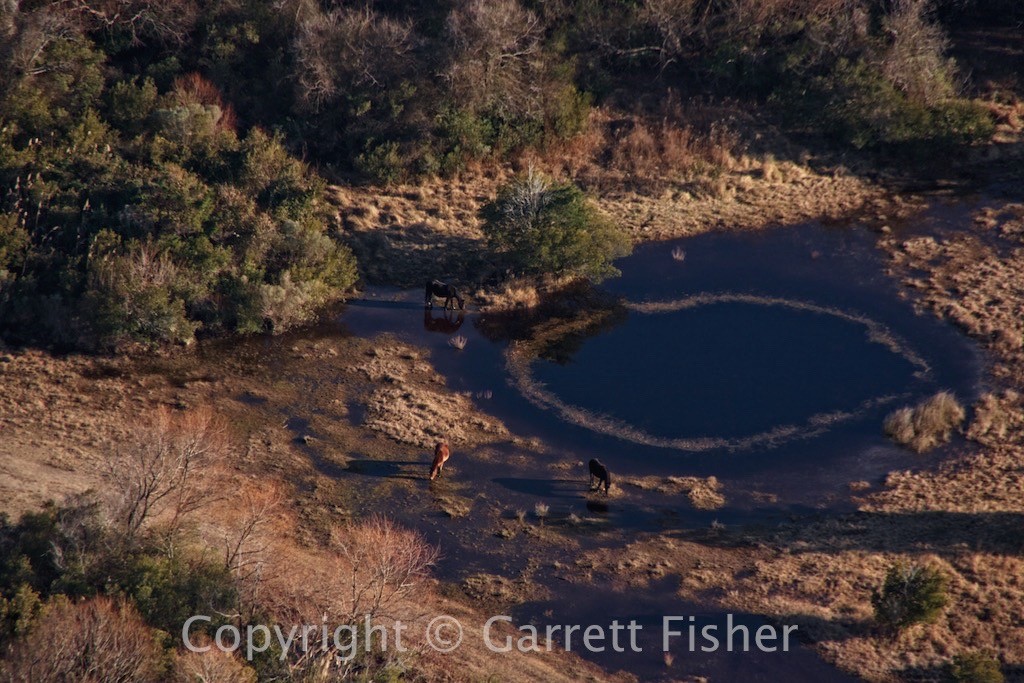 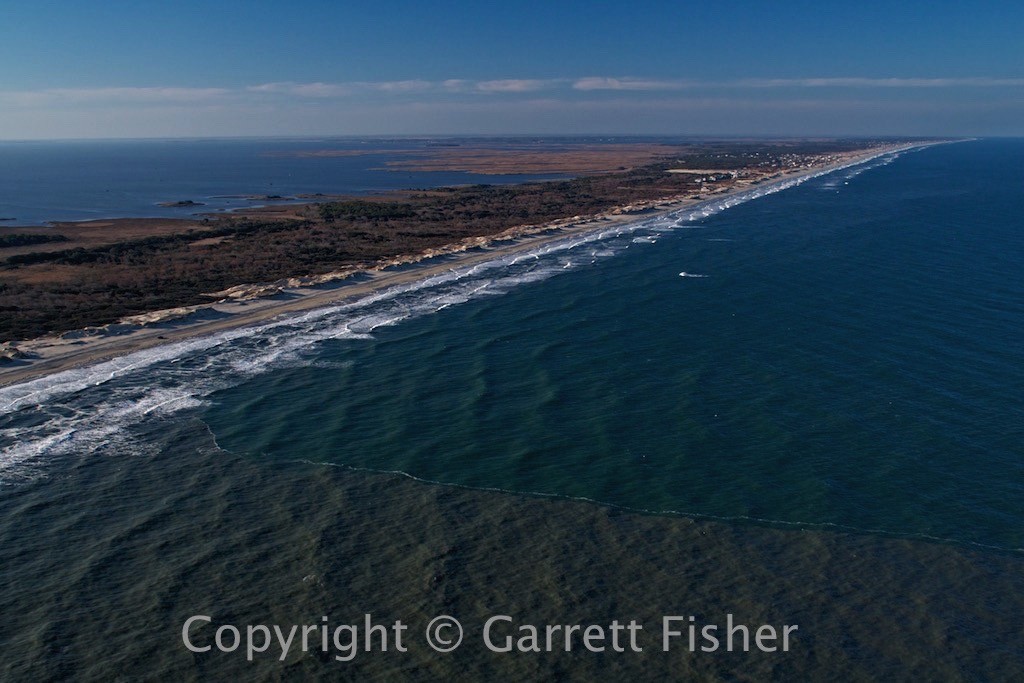 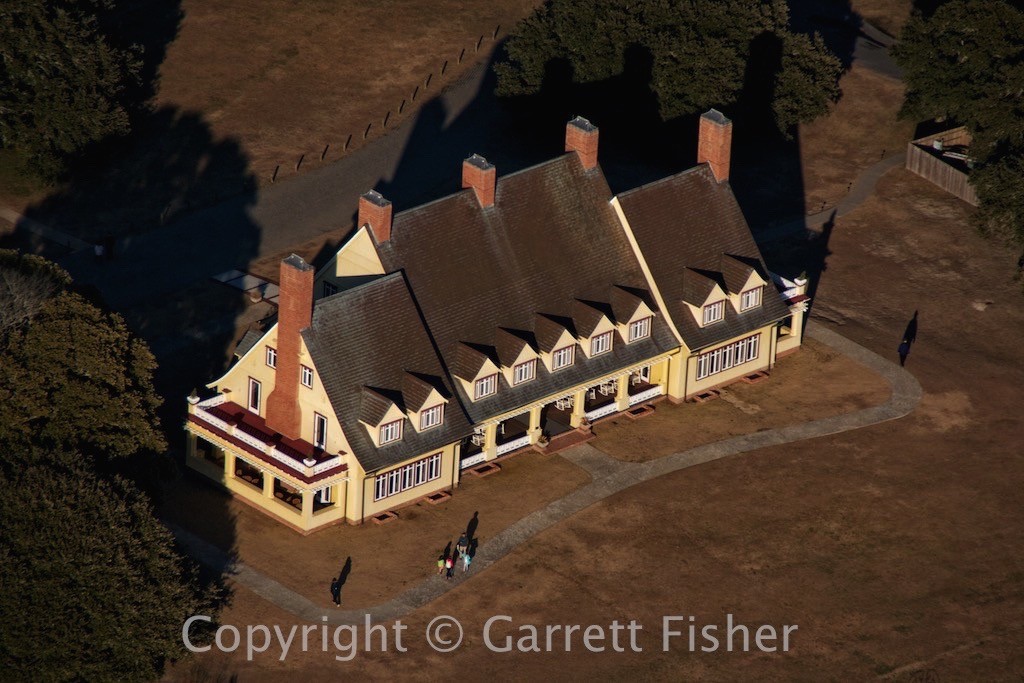 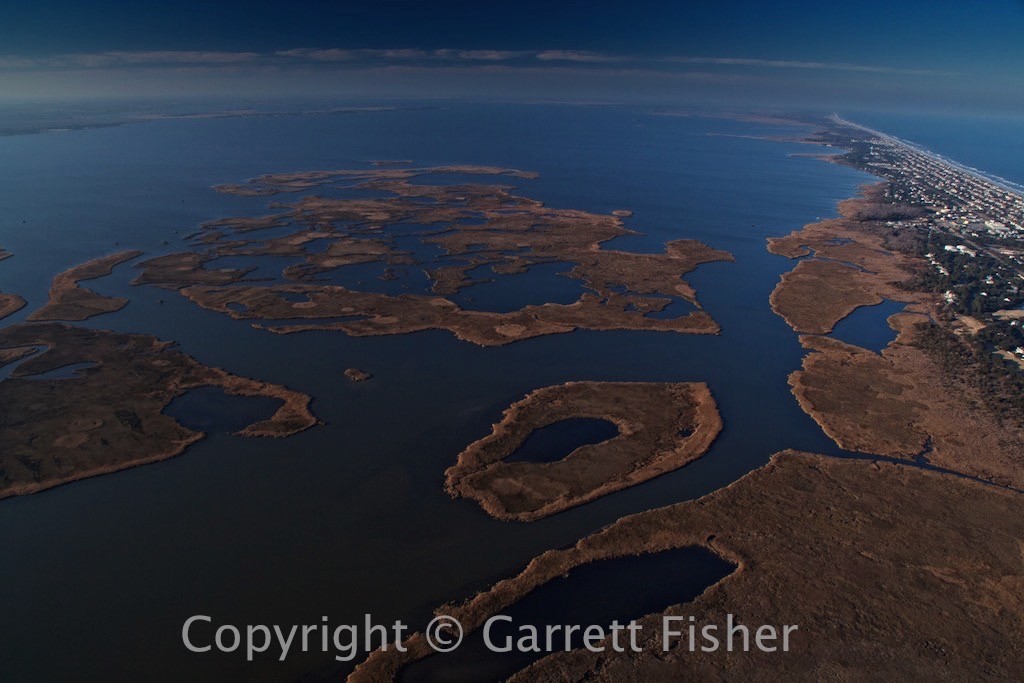 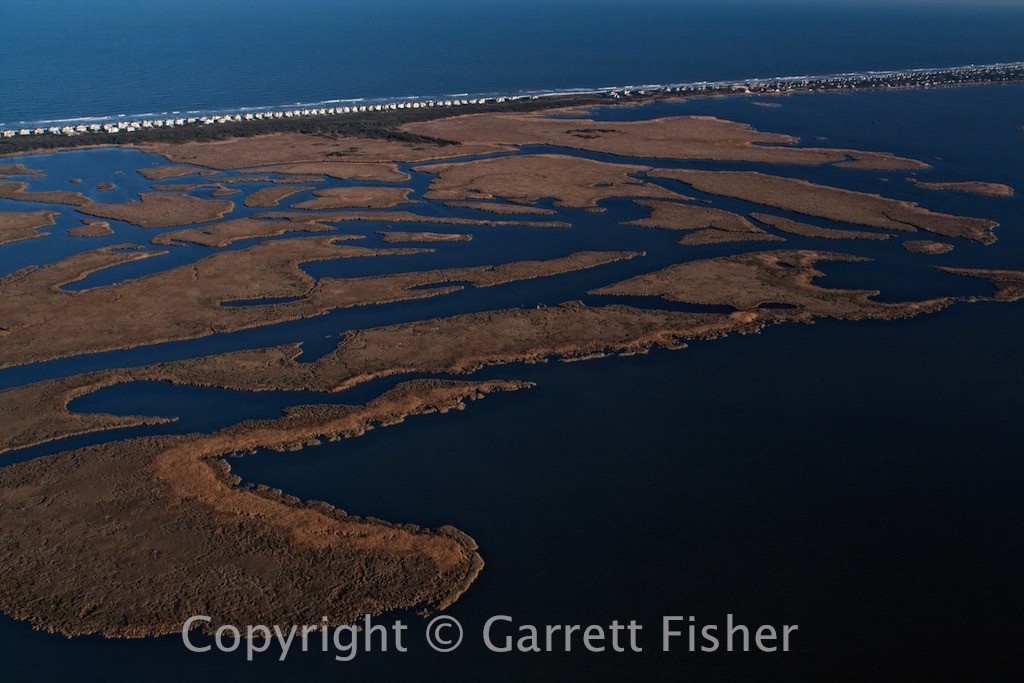 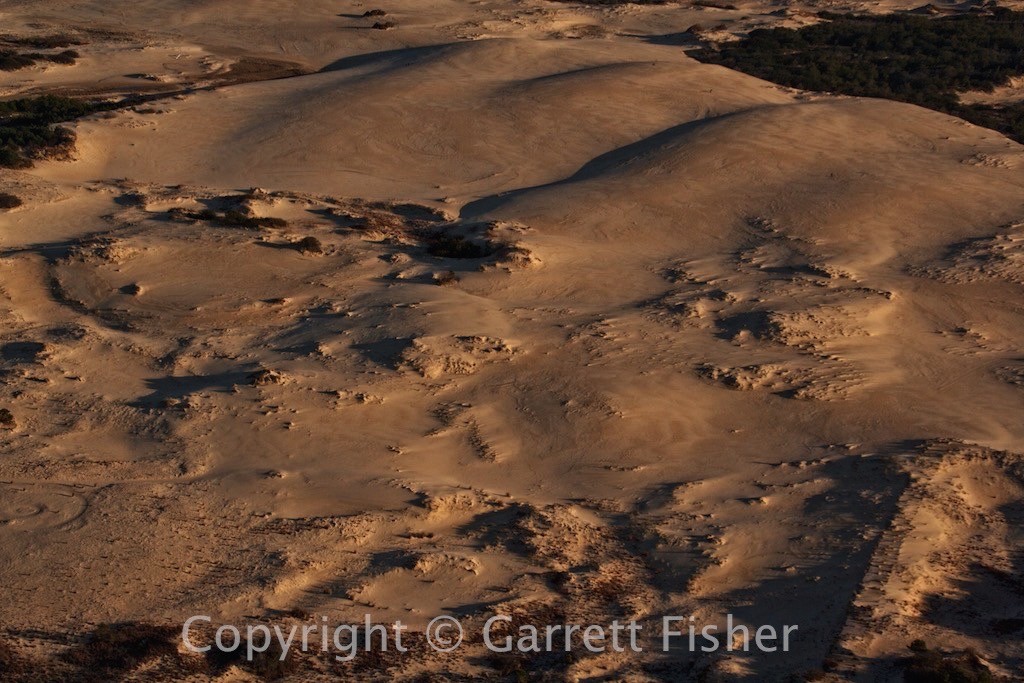 There is something to be said about bad weather, and all the more so, flying in it. Conceptually, a person, place, or thing is only as strong as it can withstand the storms presented to it. Aerial photography, although an adventure sport, has a tendency toward good weather: clear skies, low wind, no clouds, and the like, all in the name of a better photograph. After countless flights on the coast, it occurred to me that a flight on a miserable day might yield something that a pleasant day would not.

A visitor was in town, so we went to the North Carolina Aquarium in Manteo, which happens to be right next to the airport, a 90-minute drive from the house. Suffice it to say, I don’t just drive down to the airport for fun, it is done with careful planning. Today, the weather was pretty much garbage: 20mph to 30mph south wind, extremely humid, overcast, and on/off fog. This was the perfect opportunity to test my foul weather theory.

Tactically speaking, it was a nightmare. Legally, it was permissible. Skies were overcast, and high enough to takeoff. Visibility was technically 8 miles, though there was ground fog hanging over Croatan Sound, from zero to 50 feet, stationary. There was ground fog on Bodie Island as we drove, so a sandwich was formed, with a clear spot in between. Researching the weather, the entire eastern seaboard was IFR conditions (instrument only, instruments of which I do not have), except for sections of the Outer Banks. My plan was to takeoff, and see what I found. If it was sour, land. If it was doable, explore. I didn’t think I’d cross the sound to the beach and, if I did and Dare County Airport socked in, First Flight Airport was my backup.

Taking off, there were a few wispy puffs at 350’, low density, and they blew through. Fog over the sound was stationary, and the coast was visible, with some fog blowing in off the ocean. My visitor and I crossed the sound, at a 45-degree angle, due to the howling south wind. Arriving at the coast, there was advection fog ebbing and flowing. Flying over the waters of the Atlantic, I descended to the top of the fog: 200’ above the water. This is legal due to distance from people, vehicles, and buildings. Bodie Island Lighthouse was regaled in splendor, now my second OBX lighthouse captured from the airplane in fog. The first (see Dec 23rd blog post) was Cape Lookout Lighthouse, and half of the top was in fog. Now I have one sticking out of the fog in the opposite direction.

The flight went off without a hitch. Landing was a breeze, as there are perpendicular runways at KMQI, and one was into the wind. All in all, a very pleasant flight, and a photogenic way to portray the variety of weather at the coast. In retrospect, the water temperatures of the sound were actually negating the inversion fog that was covering half of the state, though the cold waters were creating advection fog very close to the water itself, quite a fascinating duality. 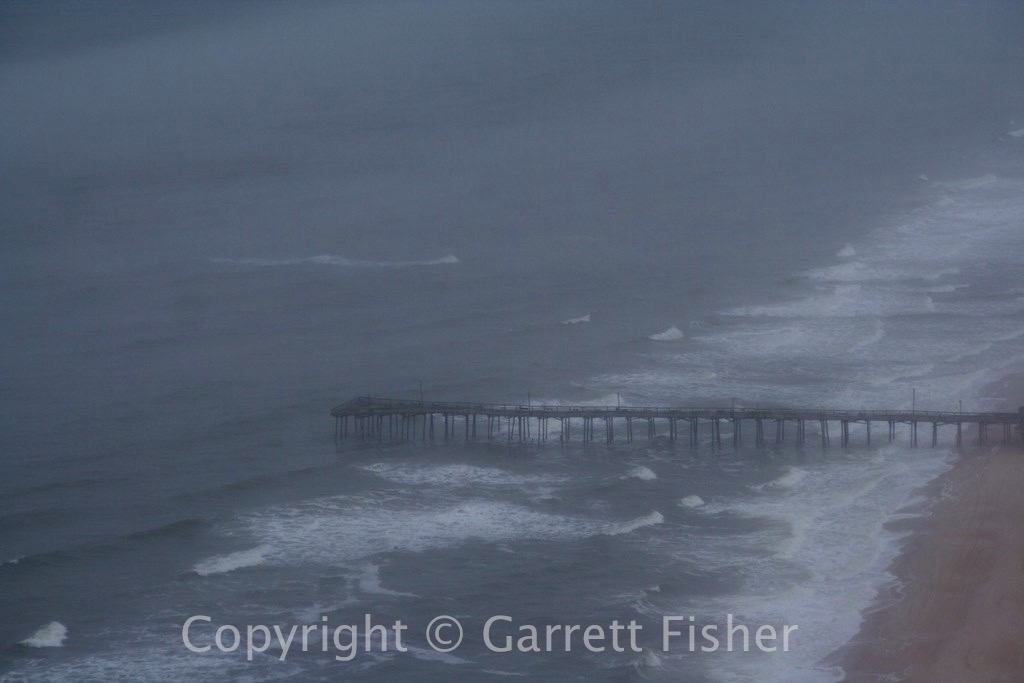 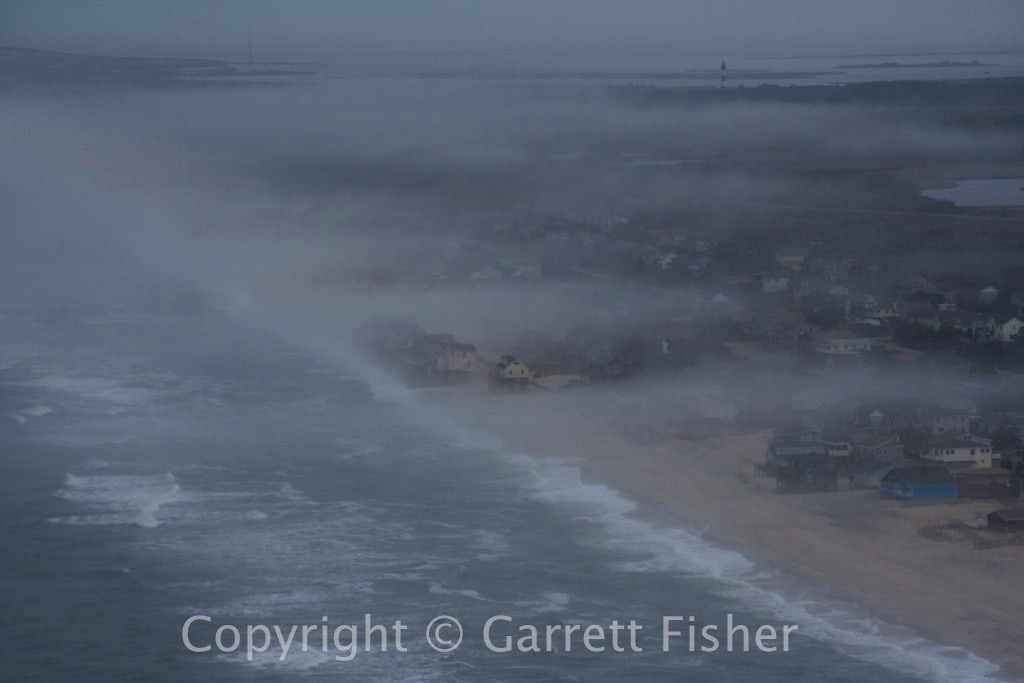 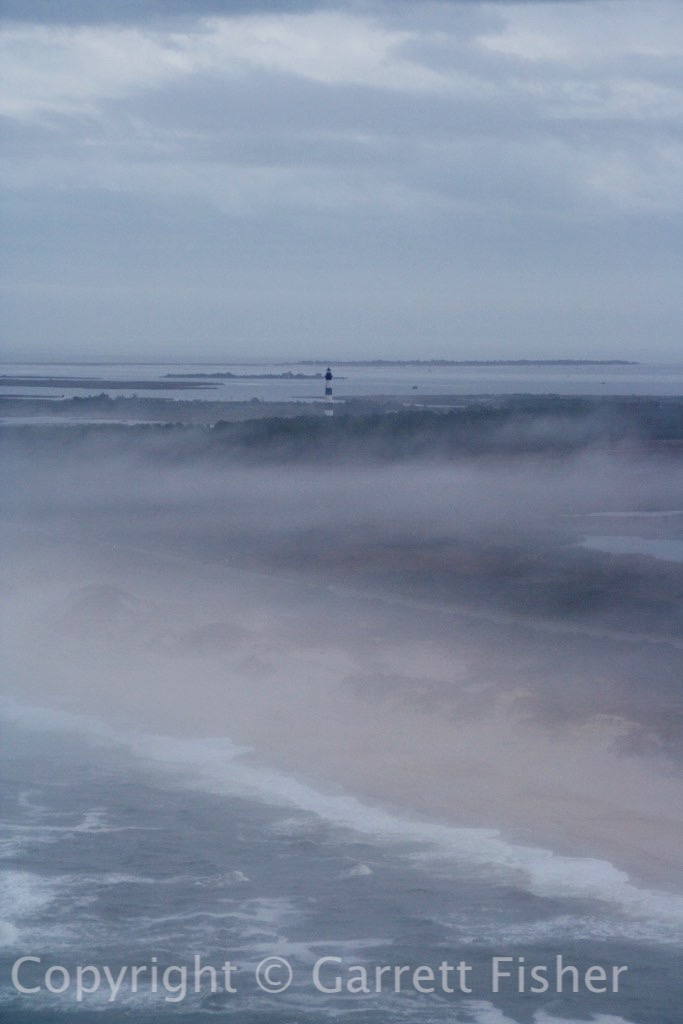 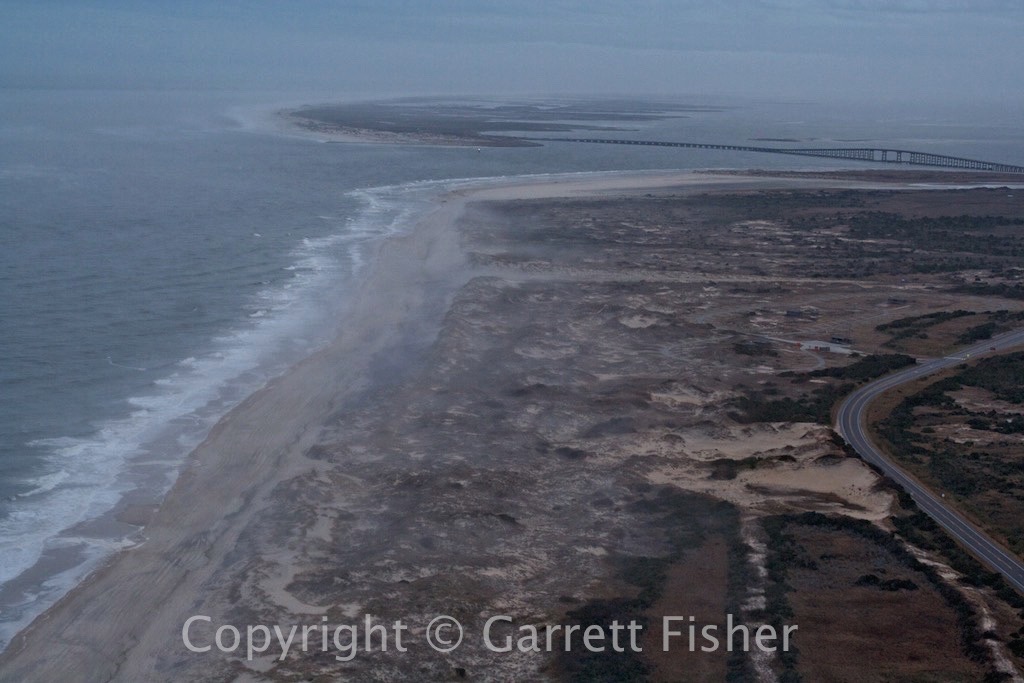 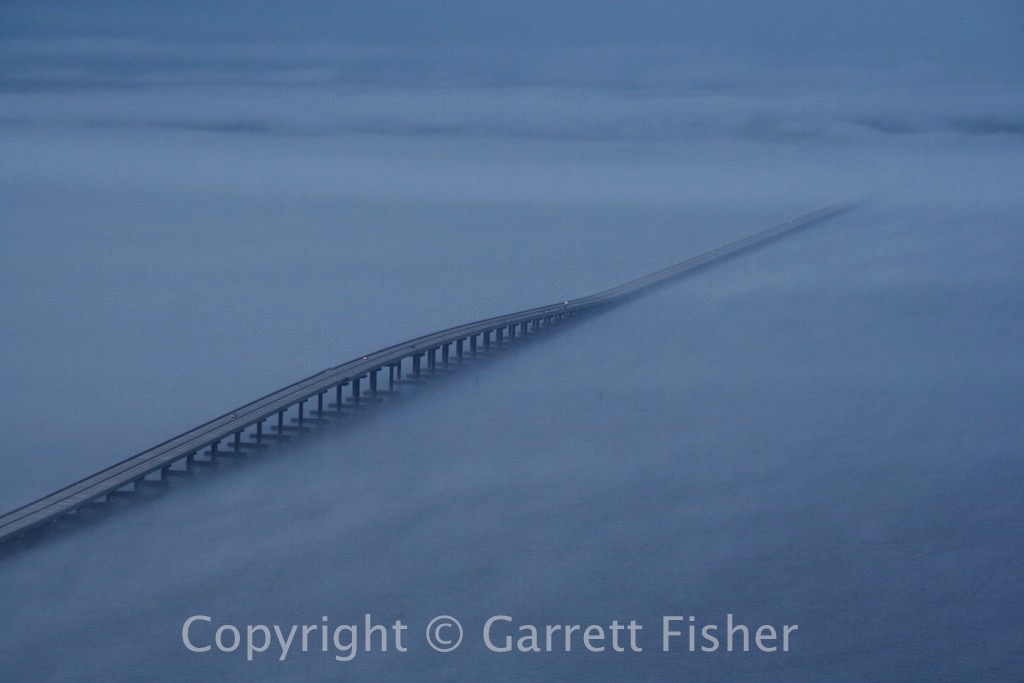 US 64 Bridge over Croatan Sound