Long before I had a blog, considered publishing a book, or had moved to Colorado, I stuck my camera straight down out of the window in the middle of the boonies in North Carolina, and photographed some agricultural patterns under full zoom. They seemed interesting at the time, so went home and downloaded them, shocked at their artistic value. Since I was merely taking incidental photographs from the airplane, sharing them with friends here and there, I didn’t think too much of it, other than to keep an eye out for the occasional texture or pattern that I happened to see.

If I had any clue that I was about to fling myself off a mental cliff and start wandering planet earth like a confused and overpriced hobo, I do not think I would have believed it. Over the next few years, the airplane would cross America three times, visit 22 states, fly the highest peaks of Colorado, Utah, Wyoming, Montana, North Carolina, and Tennessee, and view coastlines from the Outer Banks to the Great Salt Lake. In all of those hundreds of hours, I kept an eye out for the occasional texture, pattern, or interesting farm field, taking pictures and forgetting about them.

At some point, I will make sense of my European wanderings, as this agricultural and texture odyssey continues in the Old World. From the first flight in the Rhine Valley of Germany in 2016 to the tulip fields north of Amsterdam down to the wheat fields along the Straits of Gibraltar in Spain and the port vineyards along the Atlantic in Portugal, I have been amassing an asphyxiating amount of artwork. One of these days, I’ll make some sense of all of it, and more books will show up. Until then, I keep flying!

Life, Liberty, and the Pursuit of Photographs. Episode III. On the Merits of Cracking

My earliest cognitive memory of exposure to the inevitability of cracking was in the 1990s. I was about 17 years of age and was in the process of paying for some photos I had developed at CVS, a low end national drugstore chain that was anything but exciting. The clerks behind the counter looked all of my age, presumably working part time for $6 per hour, and didn’t seem by any means admirable. Instead of handling my payment, they were chuckling amongst themselves as one quipped: “She’s outta the game!” I followed their line of sight to a now ex-employee stomping out of the store, her late 80s perm bouncing up and down as a reflection of her indignation at being fired. I remember thinking to myself about a recent movie, The Saint, where the main character, a devious spy/hitman/freelancer/whatever you want to call it, logs into his Swiss bank account from his charming English cottage, notes the balance at fifty million dollars and says out loud: “Fifty million. I am out of the game.” How could part-time work at CVS compare to having outsmarted Russians who were attempting a coup?

Fast forward a few years, and I began a rather esoteric employment engagement for an amusingly reclusive attorney. There had been some turnover in the firm, and the lawyer continuously explained it away with some bit of background, followed by “well, I guess she finally cracked.” Cracking took an exceptionally nuanced form of self-destruction, where one’s employment equally ended as did the CVS clerk with the bitchin’ haircut, however this time, it had style. To crack was to do what “everyone” wanted to do, and to do it with a statement. It was where unemployment met going out in a blaze of glory, lack of income bedamned.

Now this contrasted with a version of cracking that I was raised with: running afoul of “the rules.” An extension of childhood, America in a cloistered northeastern post-immigrant, racially homogeneous, socially conservative town was one of a defined set of binary rules. Follow them, and the joys and blessings of middle class America awaited. Run afoul of them, and the path goes something like this: unemployed –> criminal –> felon –> homeless –> eternal, unrecoverable social damnation. I knew plenty of those who went down this road, and society treated them like losers. The “rules” were not optional. Cracking, as long as it was done in style, somehow was.

My grandfather enters into the picture somewhere in the midst of all of this nonsense. Not only did a version of ‘Beverly Hillbillies meets Piper Cubs’ feature as my family childhood experience, I also was in a radius of four other private airports. One was apparently running a chop shop for stolen cars (how’s that for bucolic rural New York?). Another was a maniac that did aerobatics every other day for two decades straight. The rest had airplanes and flew them. Mix males, criminals, and airplanes together long enough, and somebody was going to crash. My grandfather gave these instances, no matter who they were ascribed to, a brief honorific: “Well, he cracked up.” Yes, “cracked up” meant the inevitable, glorious, sad, tragic yet distinctly tasteful and individual blaze of glory that ended in death in an airplane.

Recently, a 12-year-old boy in Australia took cracking by the horns, stealing his mother’s credit card, nicking his passport from his grandmother, and flew the coop….to Indonesia on vacation. A columnist in the UK wrote a splendid piece saying, more or less, that he did it “so we don’t have to.” The writer even said he was tempted to give his credit card to his kid, police and wife notwithstanding, set him loose, and yell “Run, Forrest, Run!” Funny, as it is, what is he running from?

I’d say he’s running from this life we have defined for ourselves. Remember that middle America binary nonsense? To some extent, we all agree with it. We get up, go to work, pay the bills, avoid committing crimes, and generally enjoy a sense of societal order. We contribute to it, and generally it reciprocates to some reasonable extent…until it doesn’t. When does this static, unforgiving, and hellaciously boring construct cause people to snap in a non-diagnosable way? I’d venture to guess that is the process of cracking, and we’re all in it in one way or another. Or maybe cracking does come with a diagnosis, and the oft-mentioned Looney Bin awaits. Perhaps the long-running joke is instead of the Grim Reaper lurking, many in society are closer to checking into an asylum that we would all like to believe…?

As for me, I have probably been cracking since the moment I was squeezed through the birth canal without my prior consultation. How else does someone end up with an old airplane flung off the ends of the earth for no logical reason?

Inland Coastal areas, with Serra de Montejunto in the background. 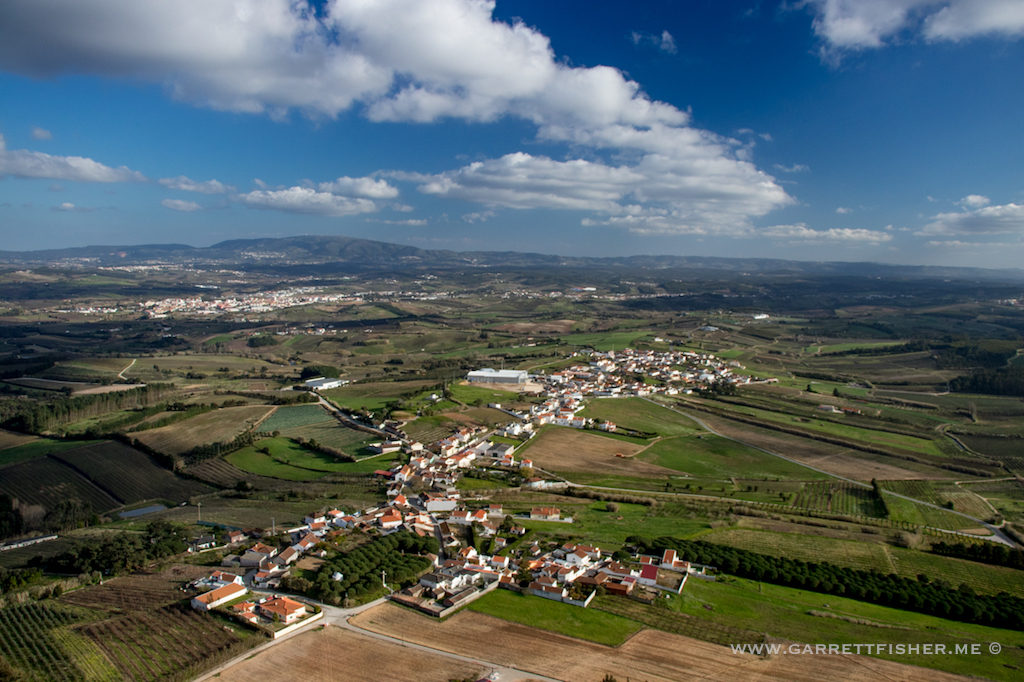 Formation flight photographs of my airplane, taken by Jerome Chevalley over the Alentejo. 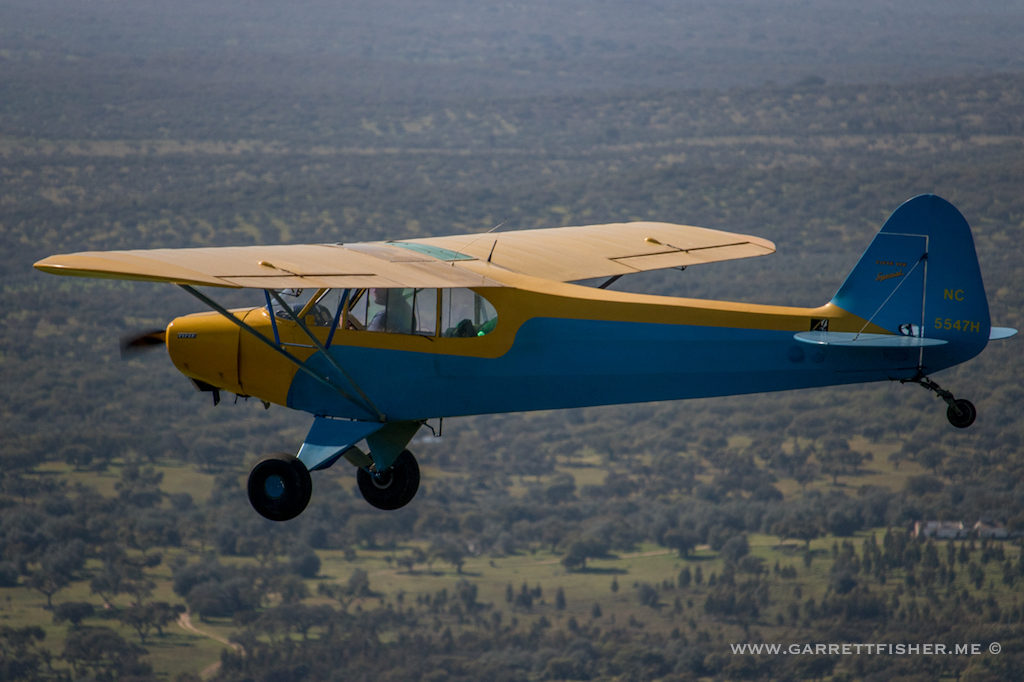 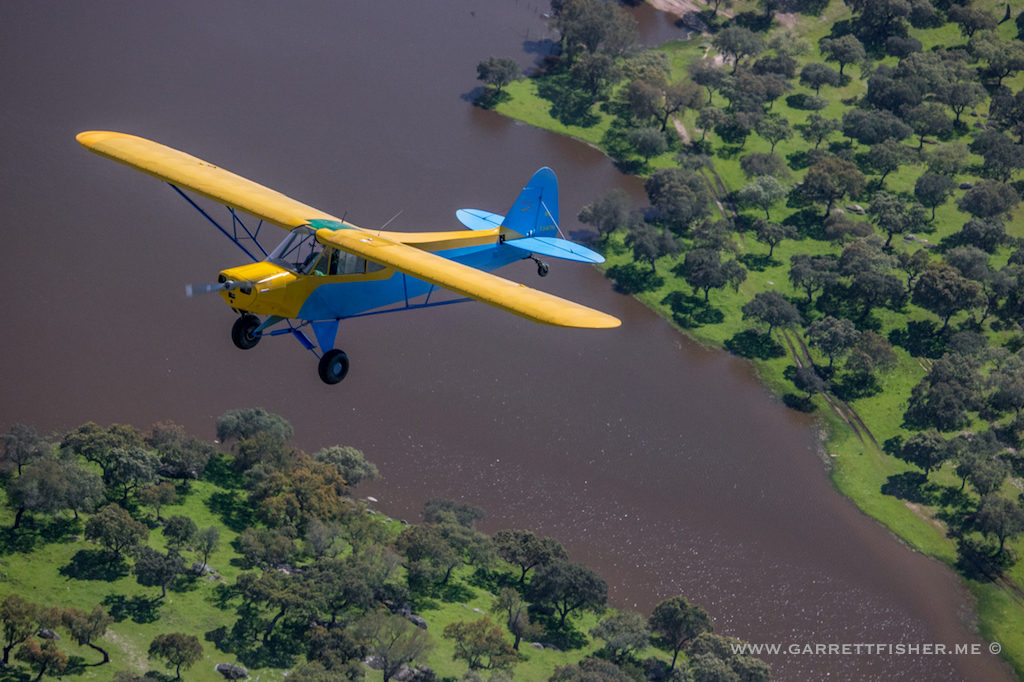 Field of flowers, somewhere near Serpa. 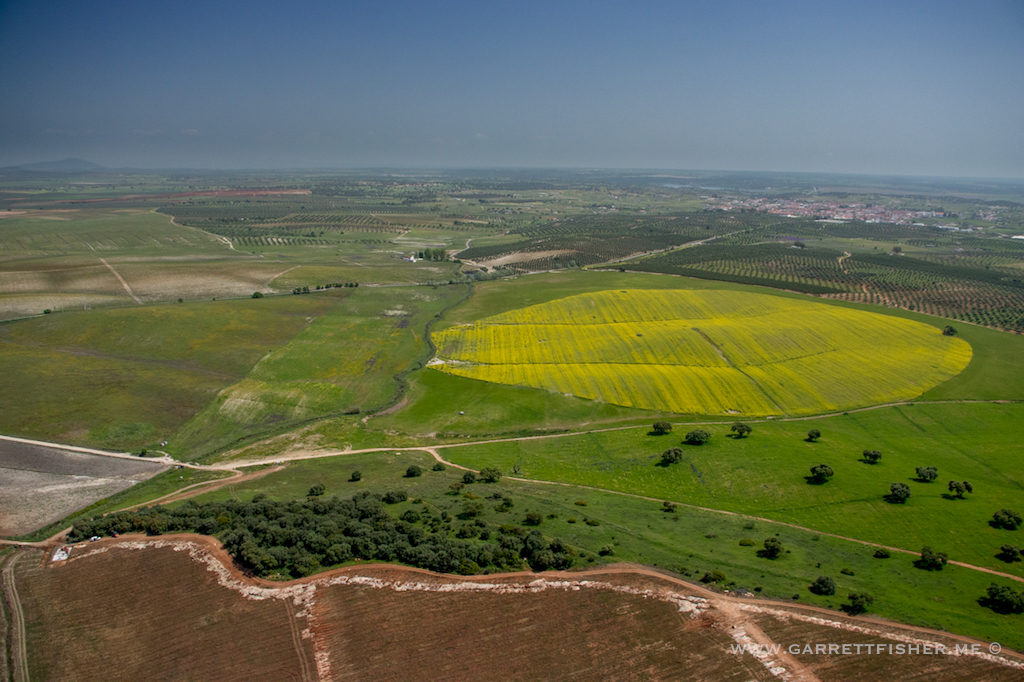 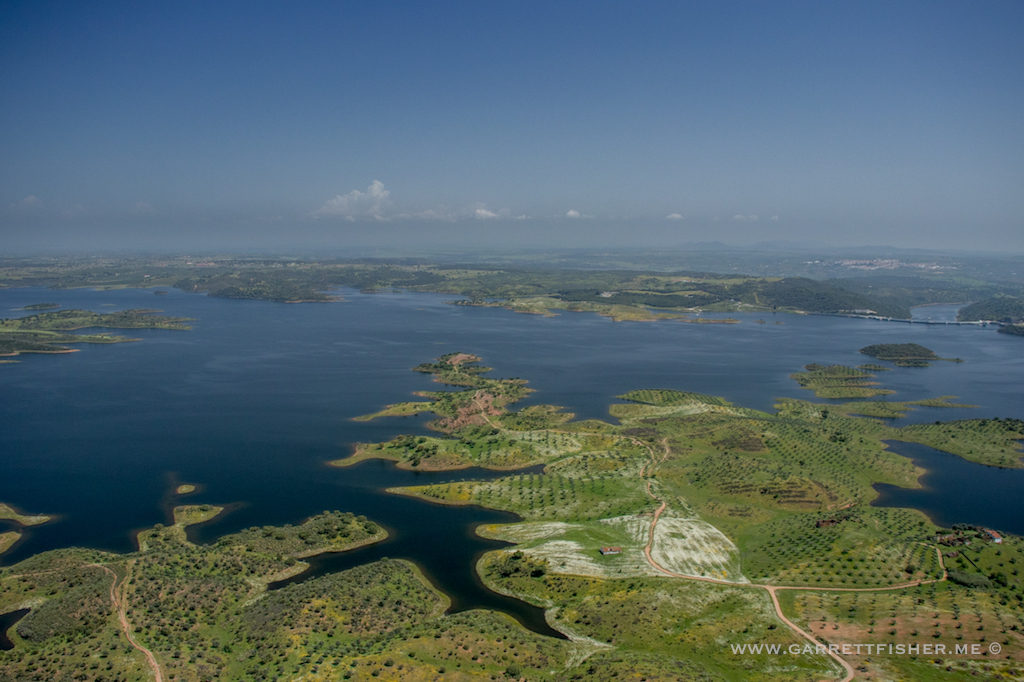 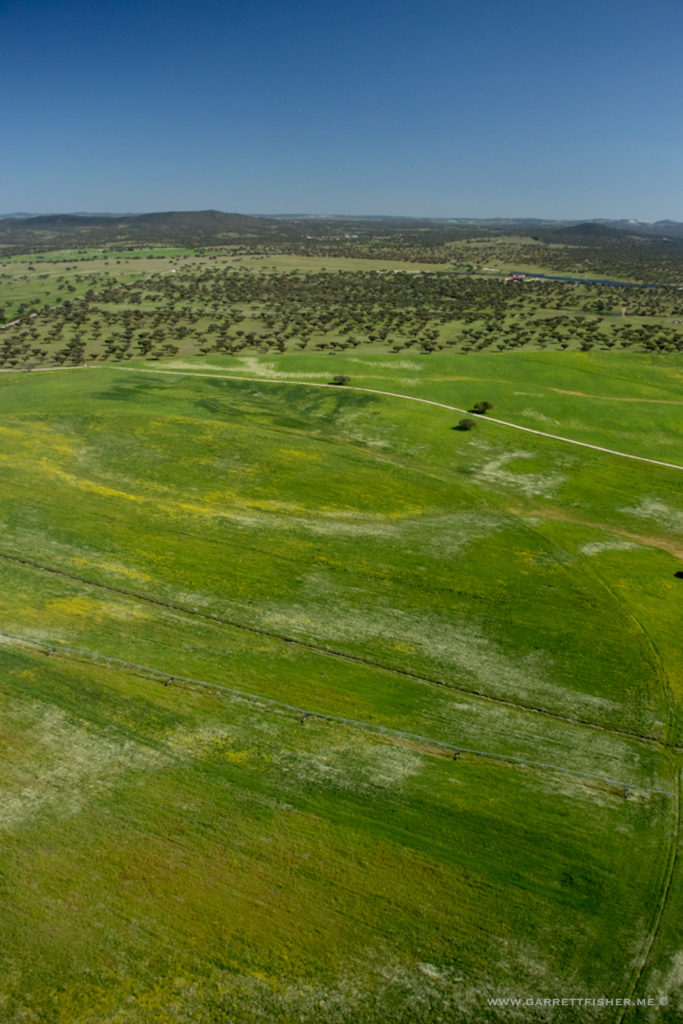 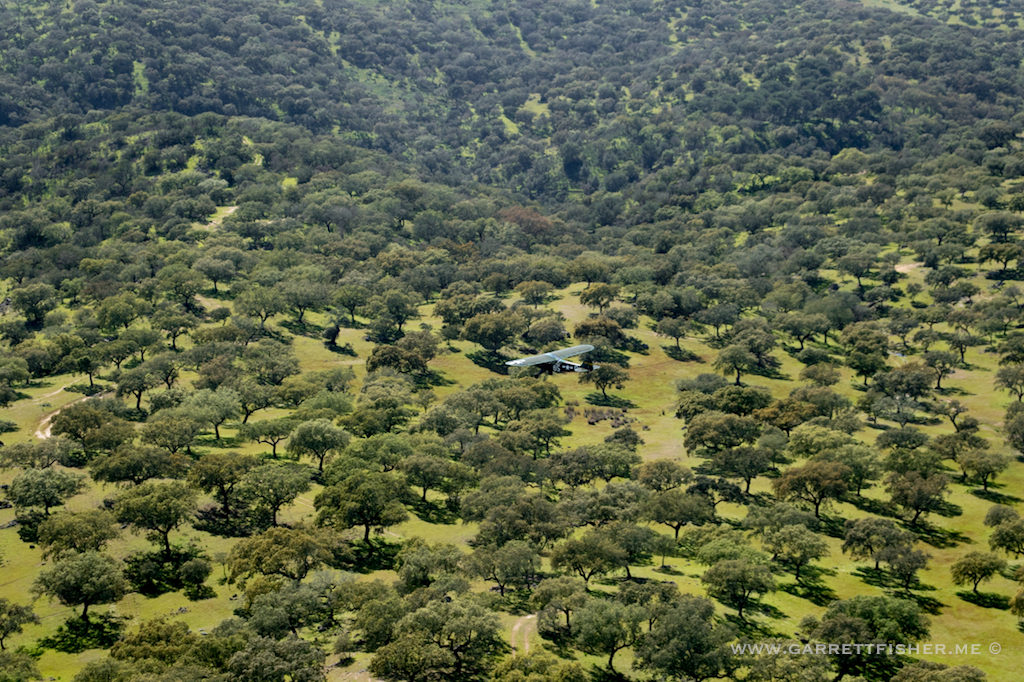 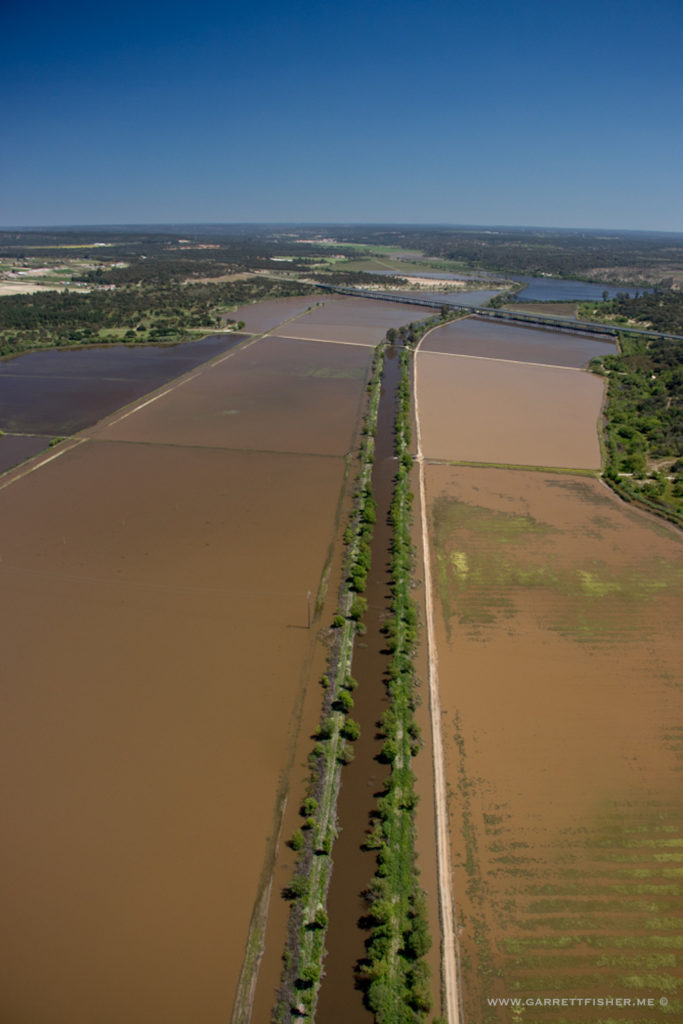 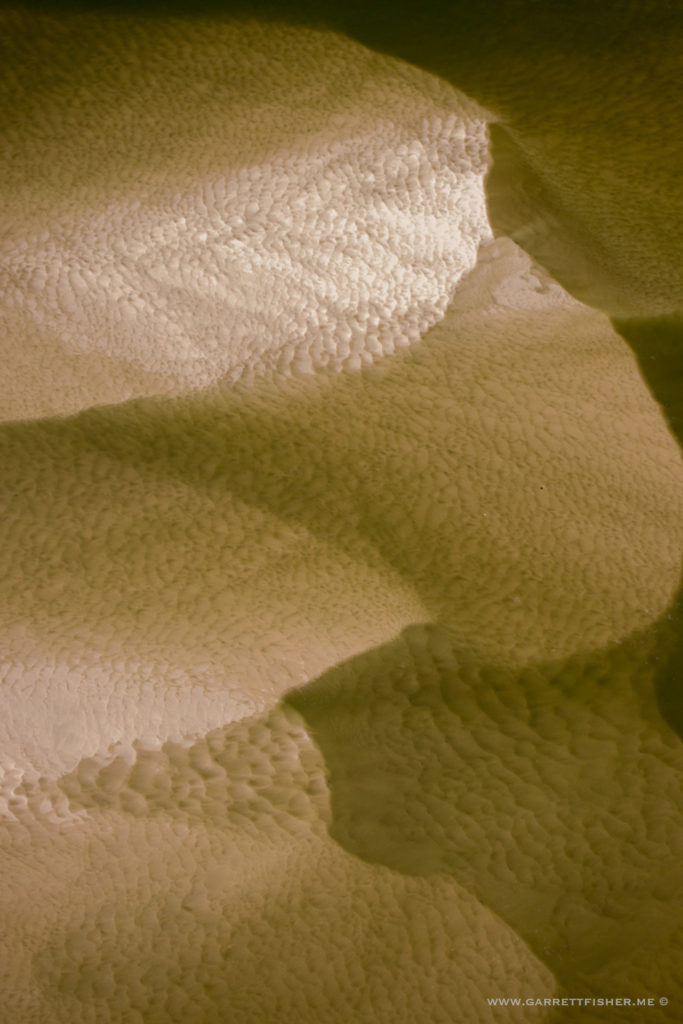 Tagus River Plain. Apparently it is common for thunderstorms to form here in May. 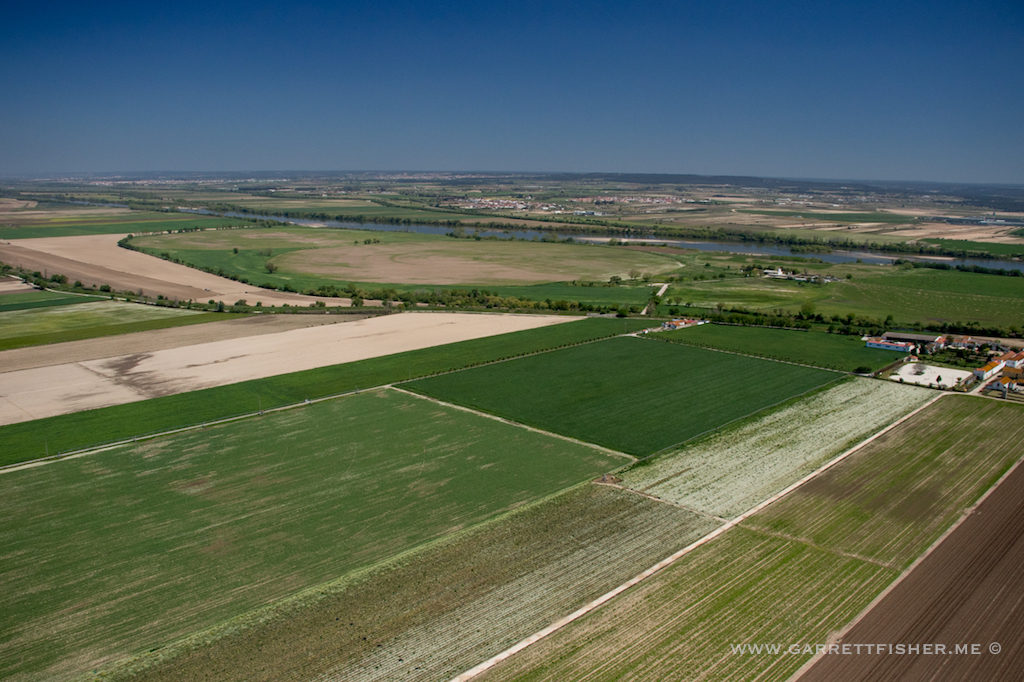 Eastern side of the coastal ridge. A bit less chaotic and dense than the coast. 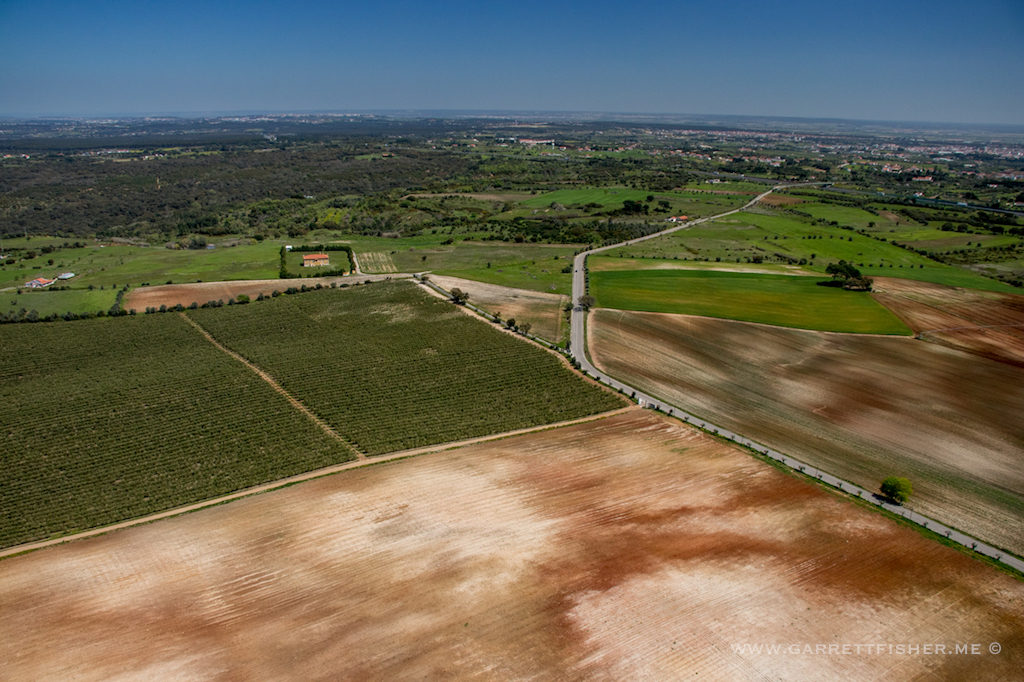 Serra de Montejunto. Despite its rugged appearance, it is only about 2,000 feet tall. 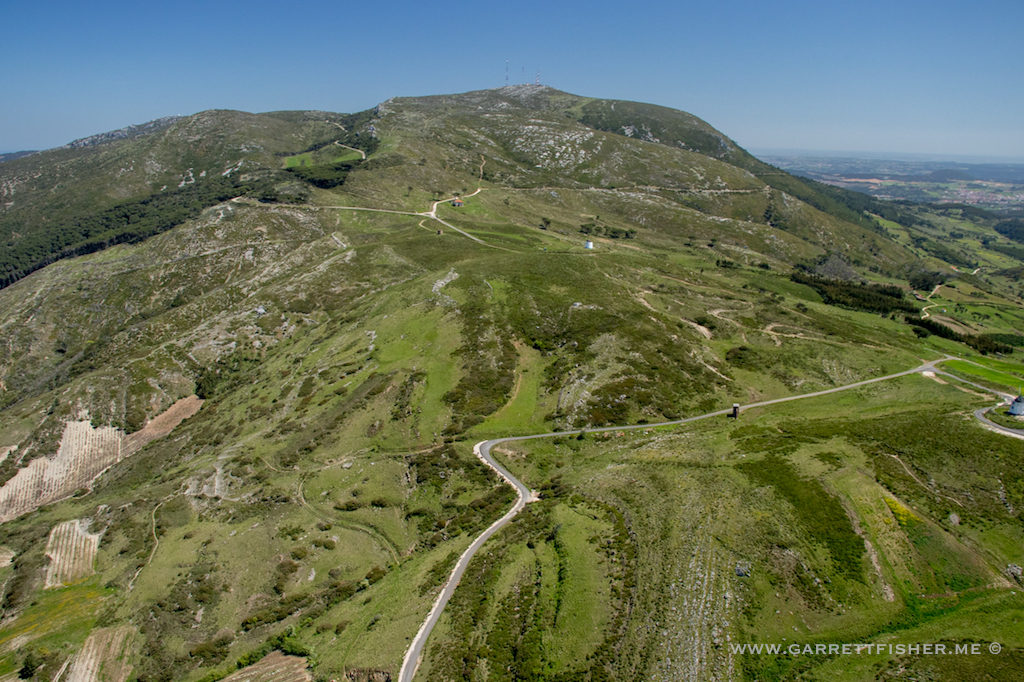 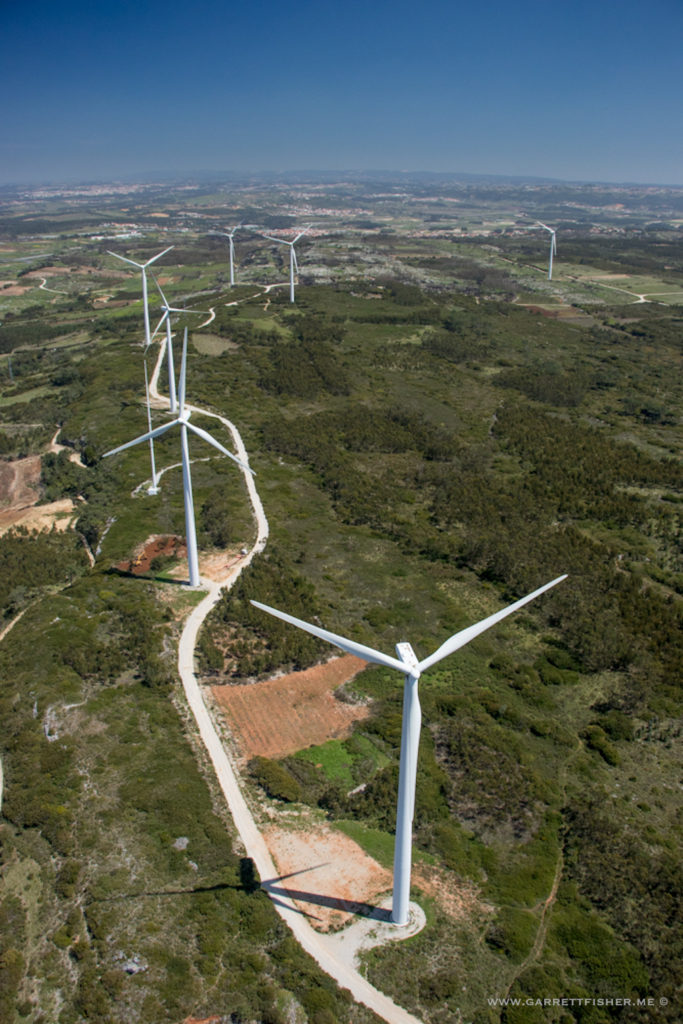 On the coastal side of the hills. More populated and a bit more chaotic. 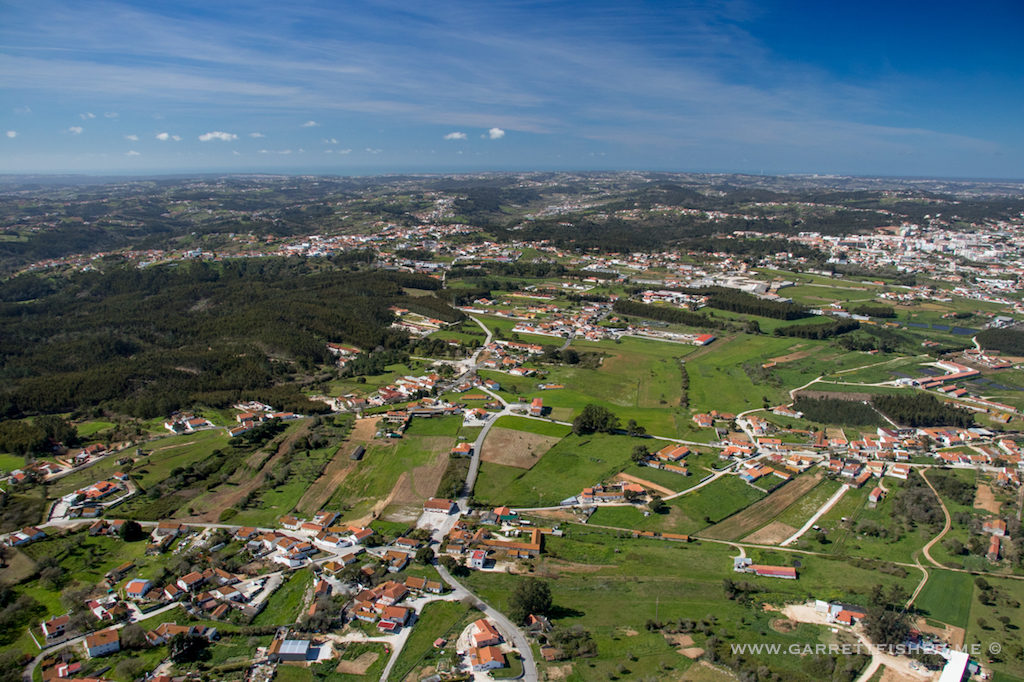 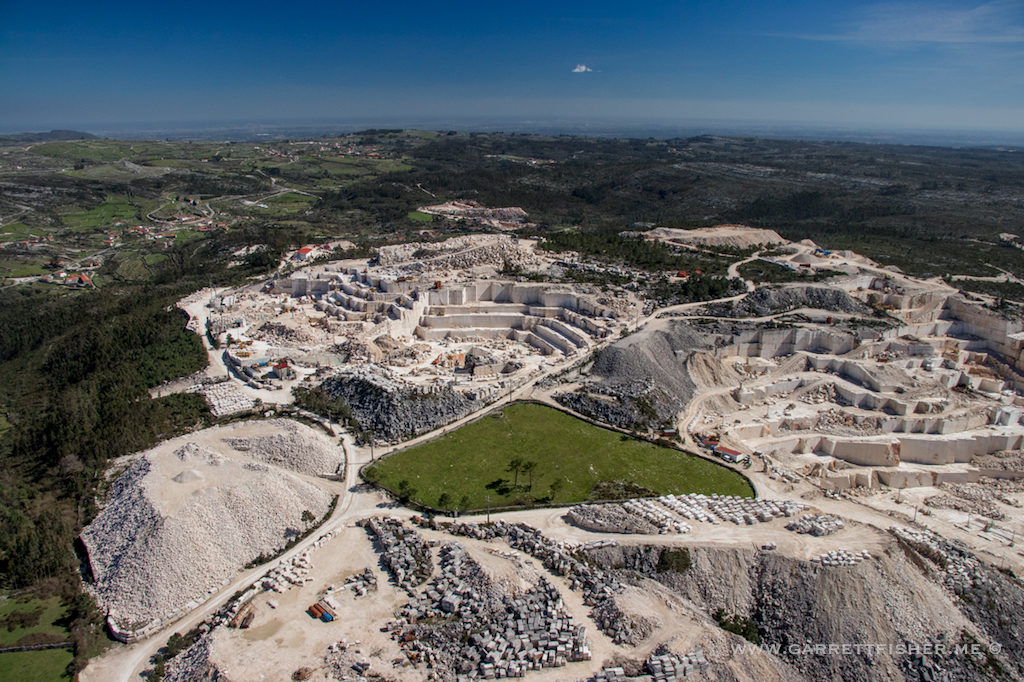 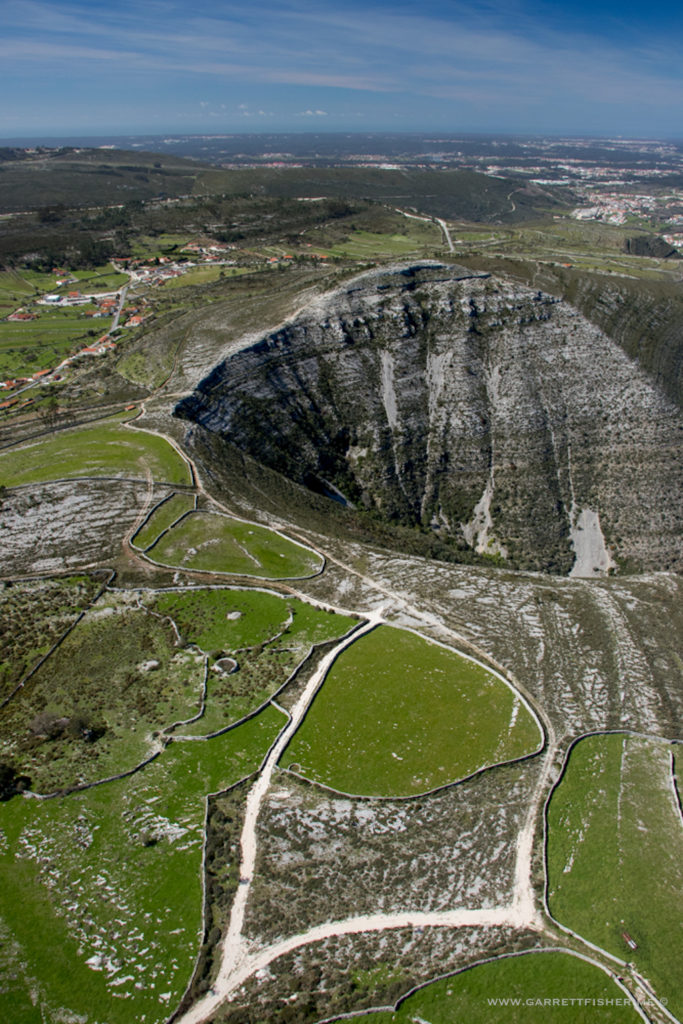 Fátima. Apparently the Portuguese decided they wanted their own Vatican. 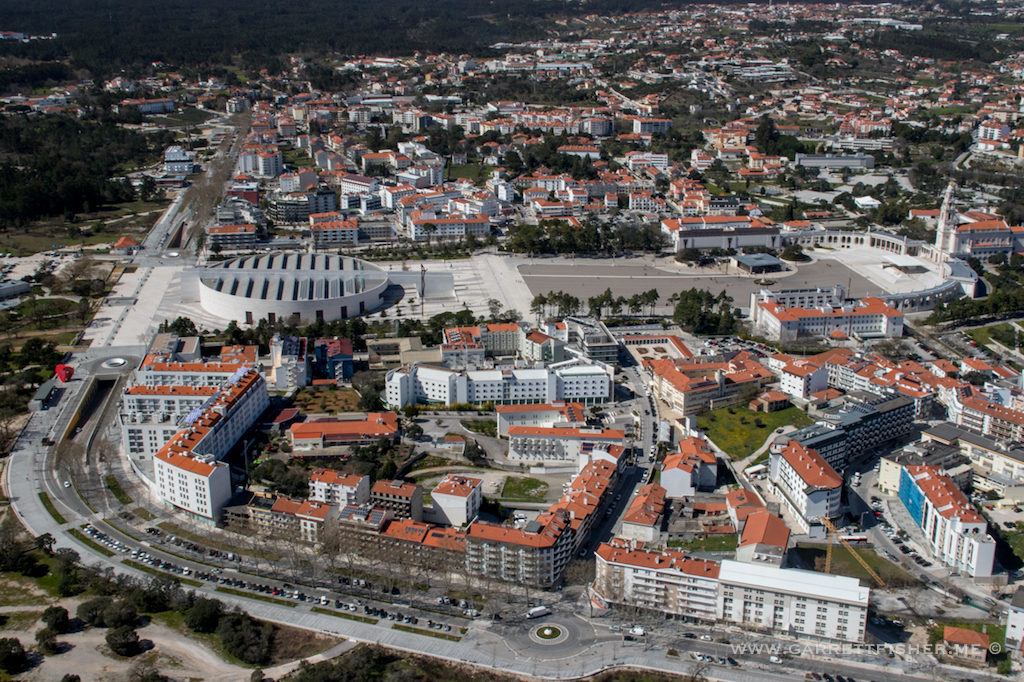 How and why would a farmer do this? 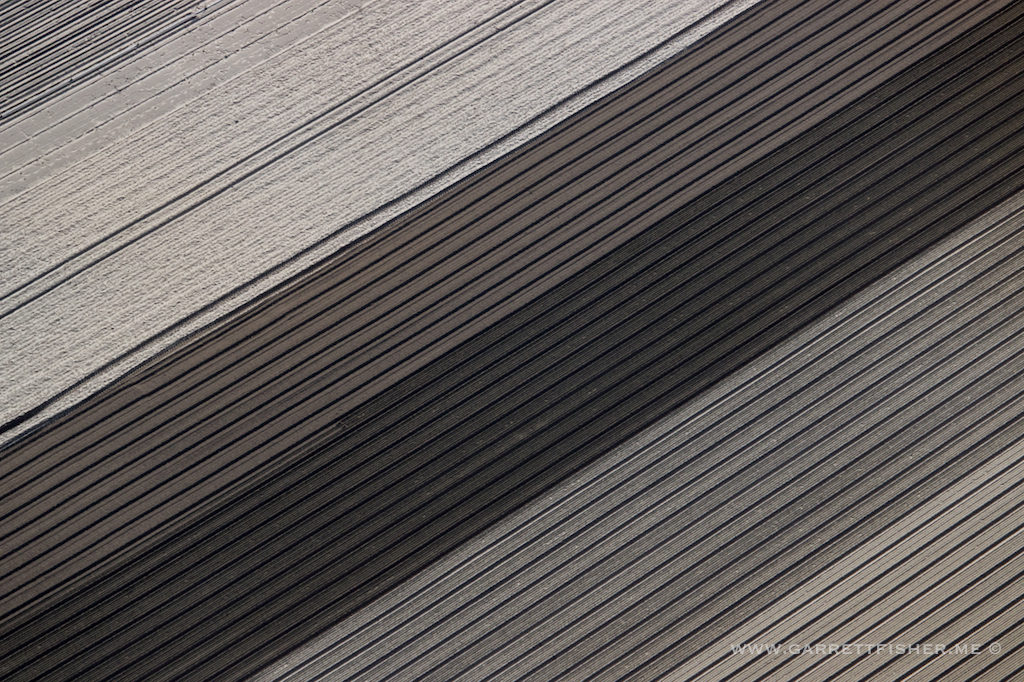 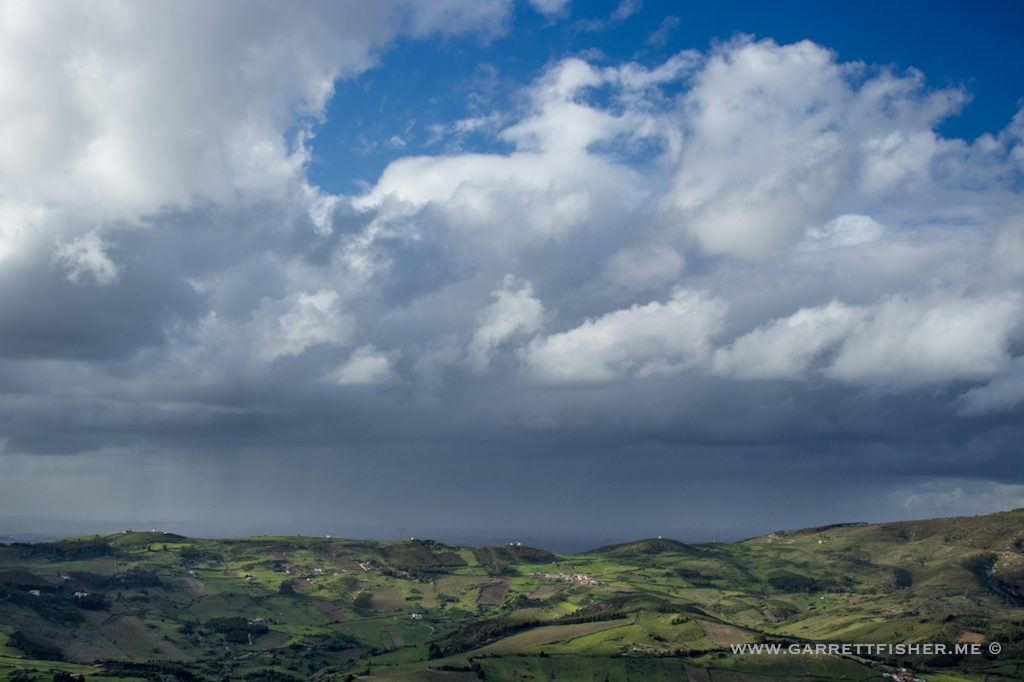