On this flight, there were rain showers on and off from the northwest, with marginal VFR ceilings over the Sarine River valley escaping the Alps. Conditions were overcast over the Swiss Plateau, Lake Geneva, and Rhône Valley and were forecast to rapidly improve in the next two hours. If the plan didn’t work, there were a few alternate airports available if I couldn’t make it back before closing time. It worked out, as demonstrated by my trail of photographic evidence and the fact that I have lived to write this blog post.

That lends to the matter of humans. Due to clouds and other phenomena, I was forced to fly at lower altitudes, near where people live, a task I haven’t done in a long time. I don’t know that I would say that it was particularly enjoyable (or miserable) in light of the human presence, though it is a periodic reminder that I am gravitating more and more to extremes of atmosphere and terrain that represent almost arctic levels of isolation, of which I have no complaint. 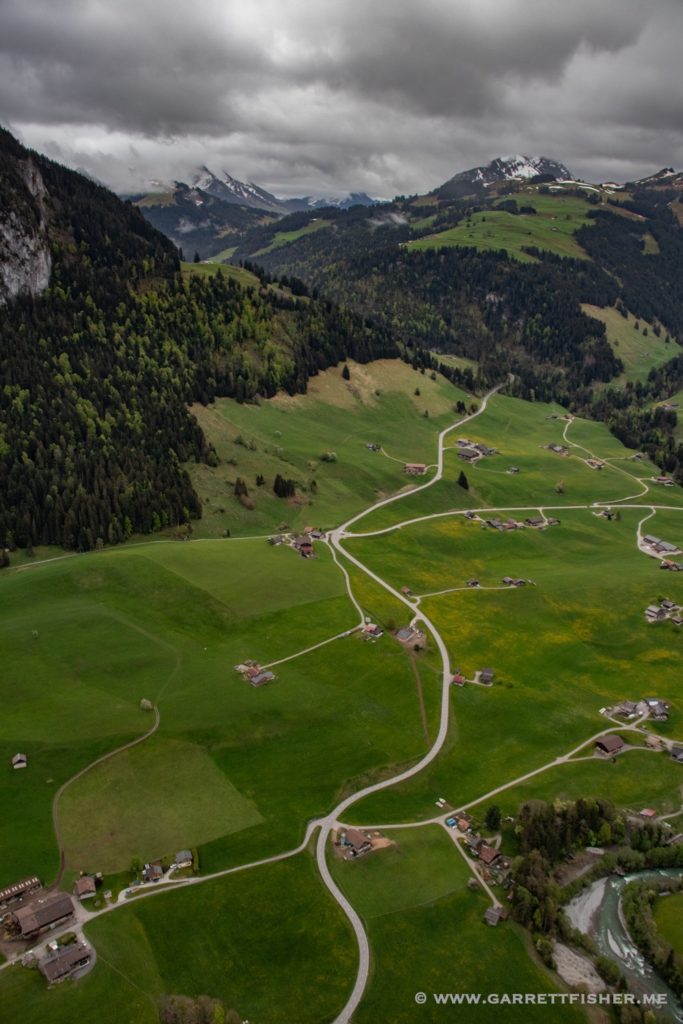 Intyamon Valley, with Swiss Plateau on the horizon. Light rain showers in between. 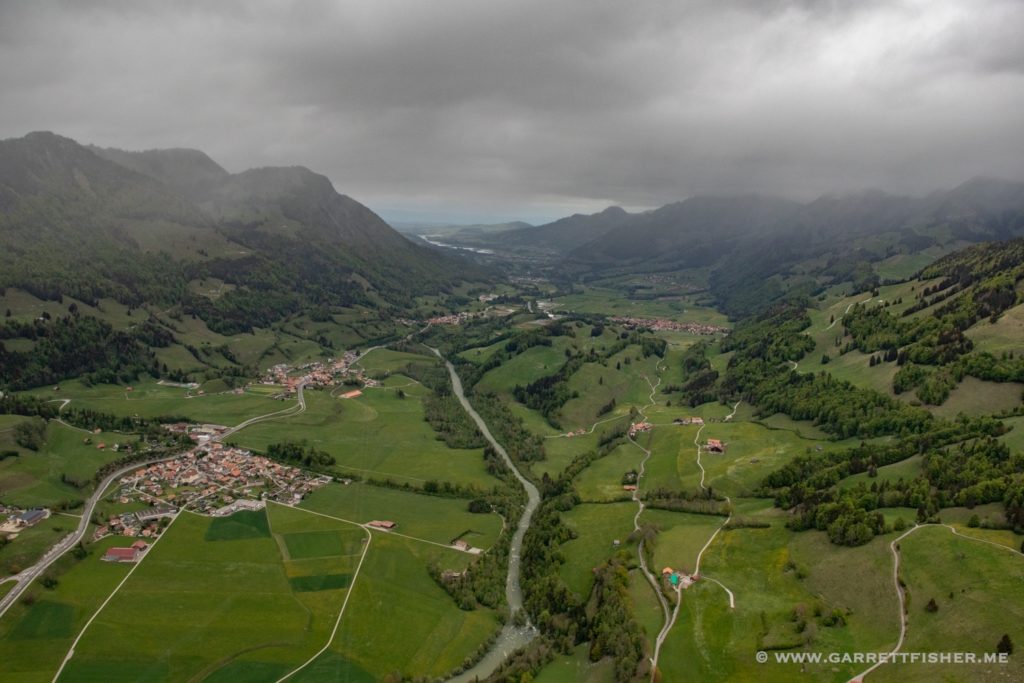 Swiss Plateau, west of Bulle, with a few rain showers. 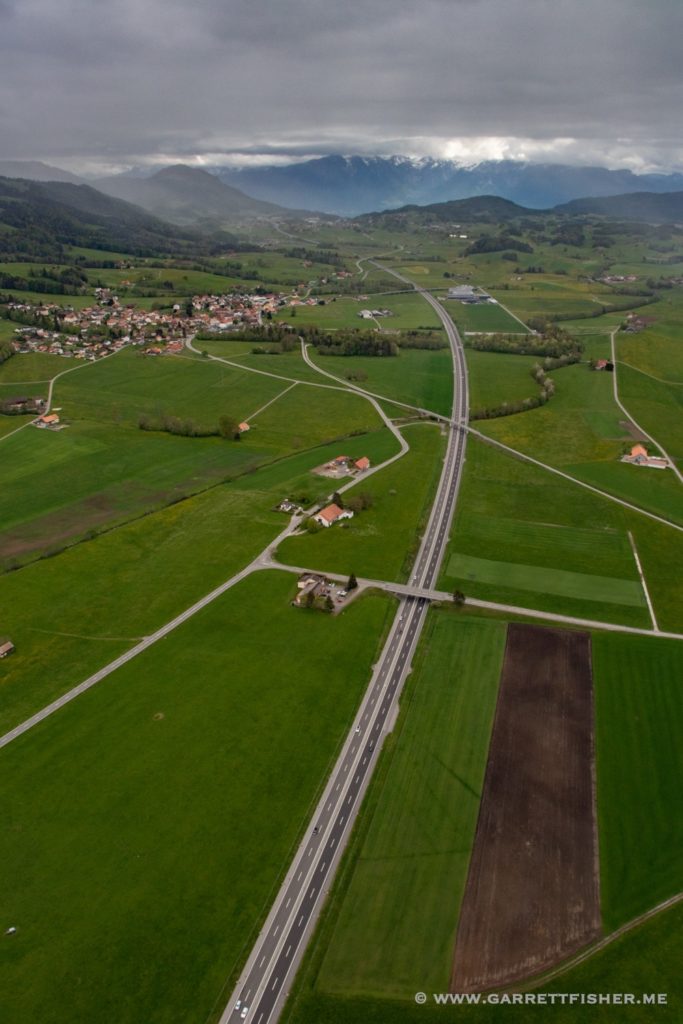 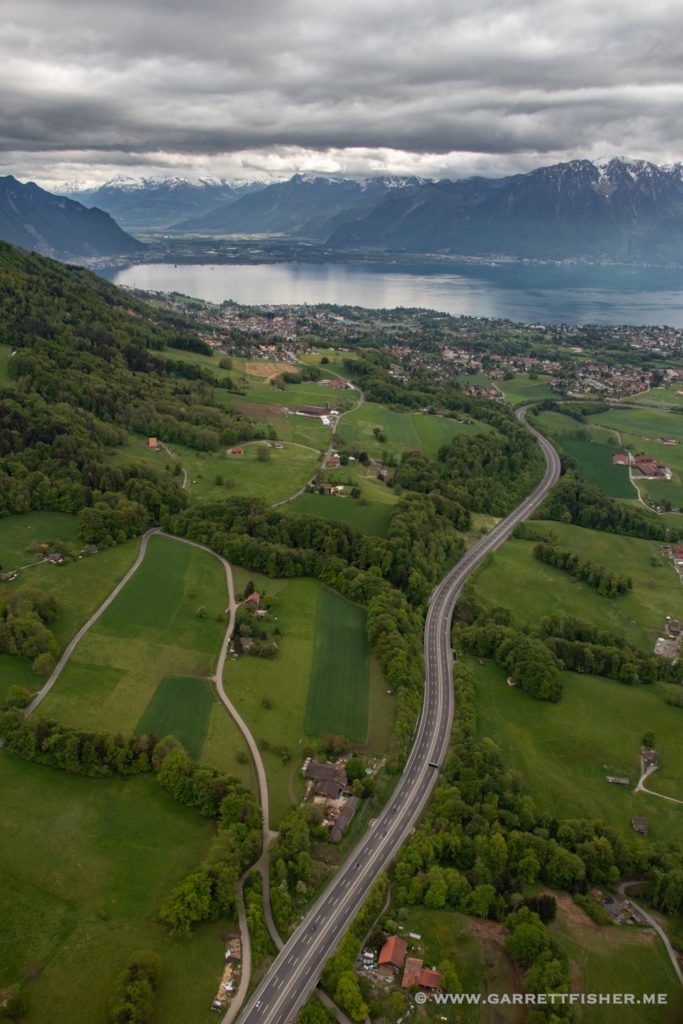 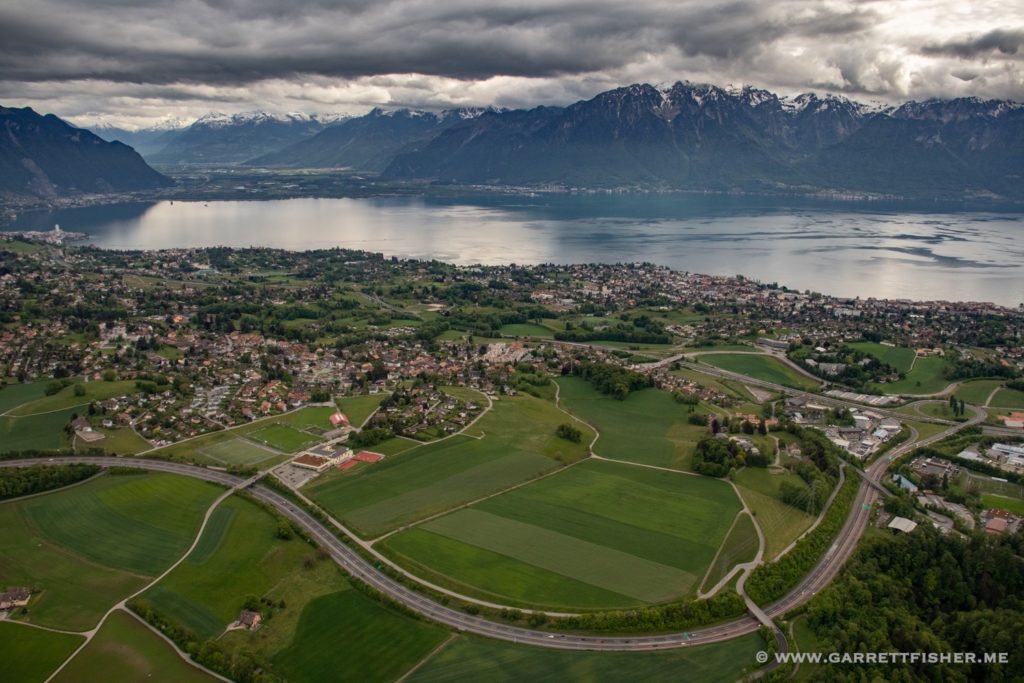 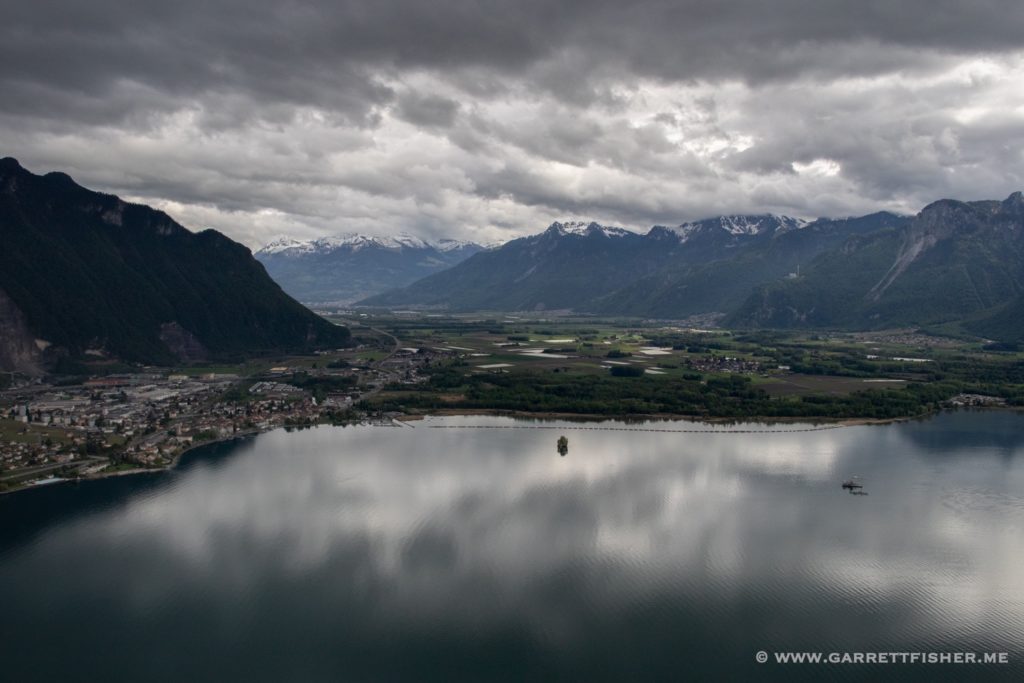 Rhône Valley…heading toward the horizon. 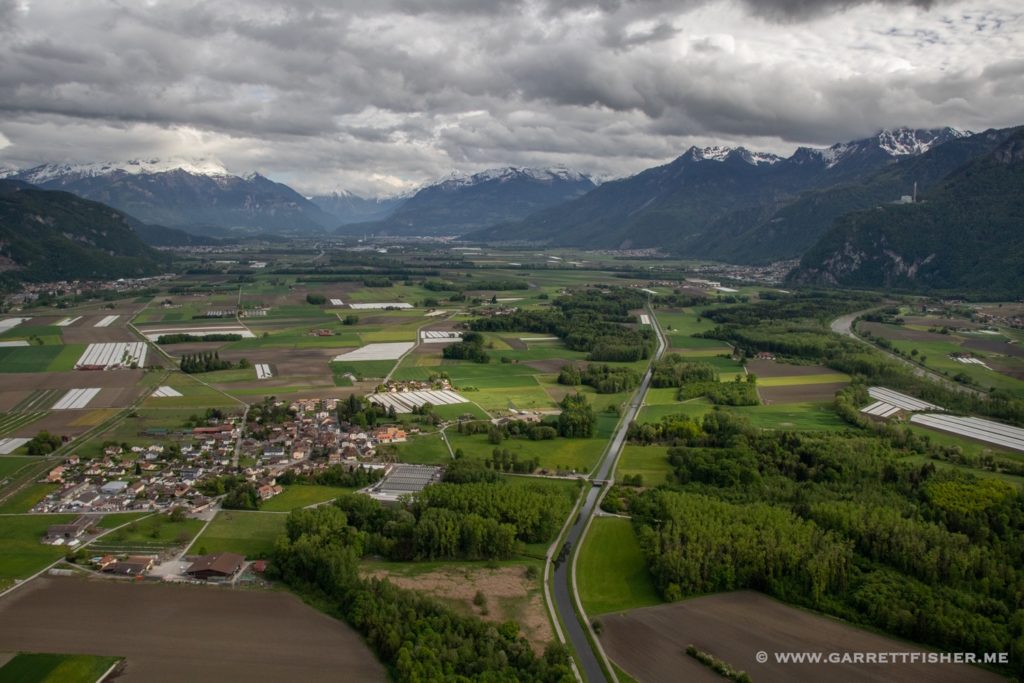 Forget the people….Grand Combin above the clouds. Like a breath of fresh air, even if that fresh air was trying to beat the crap out of my airplane. 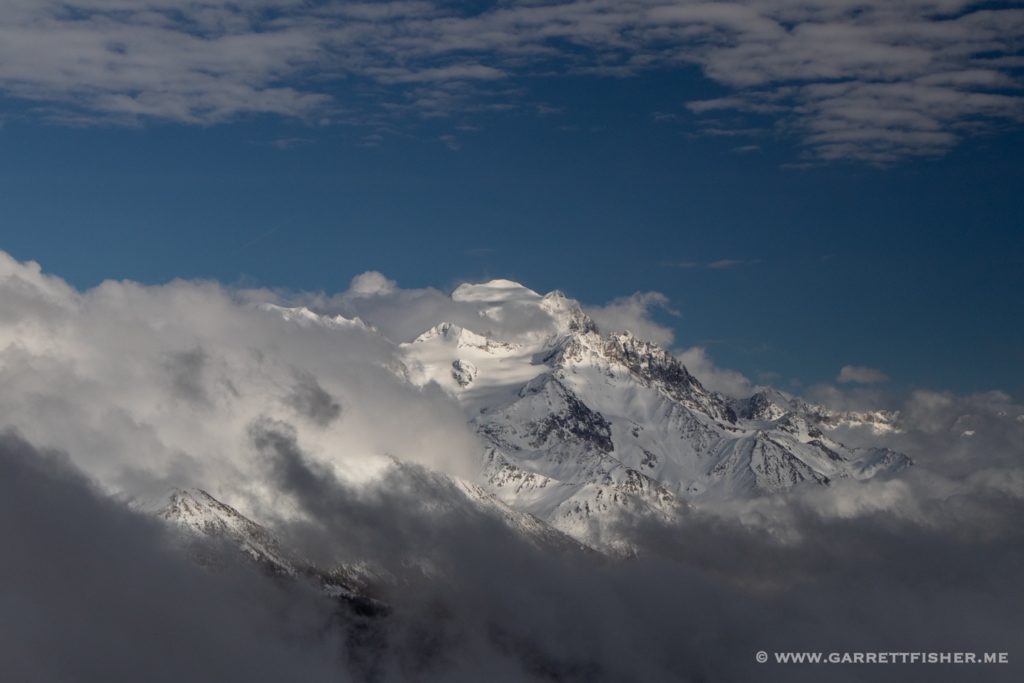 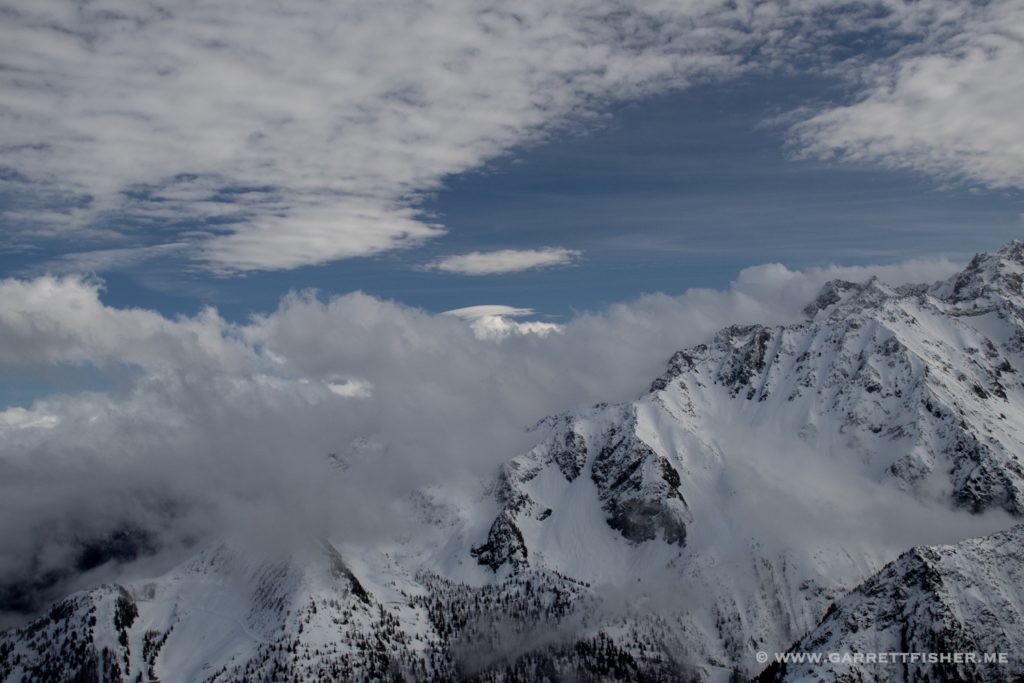 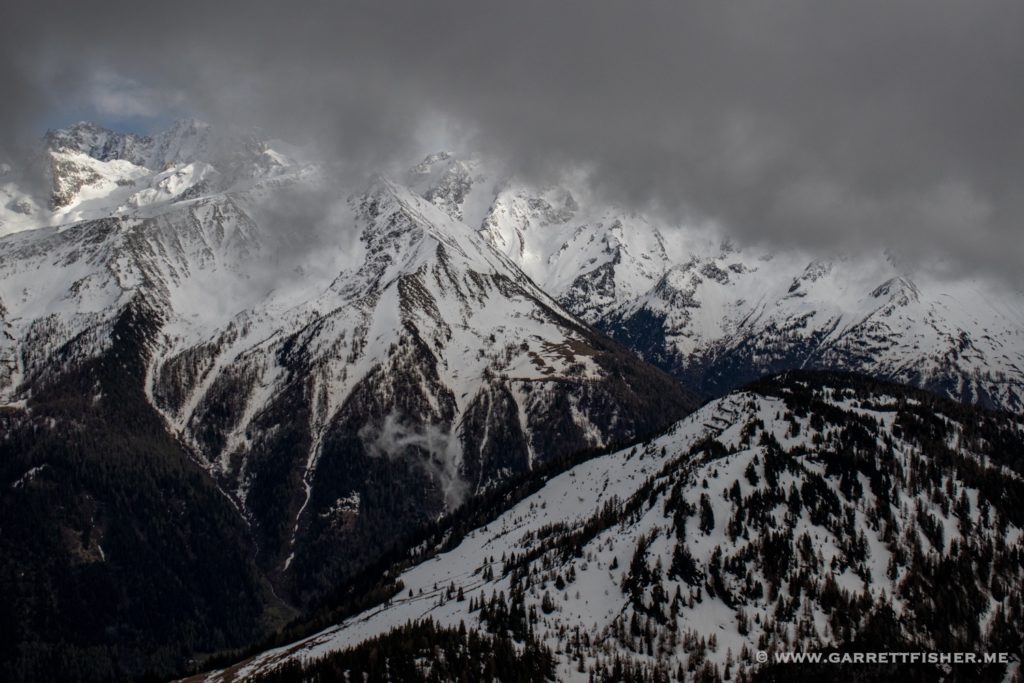 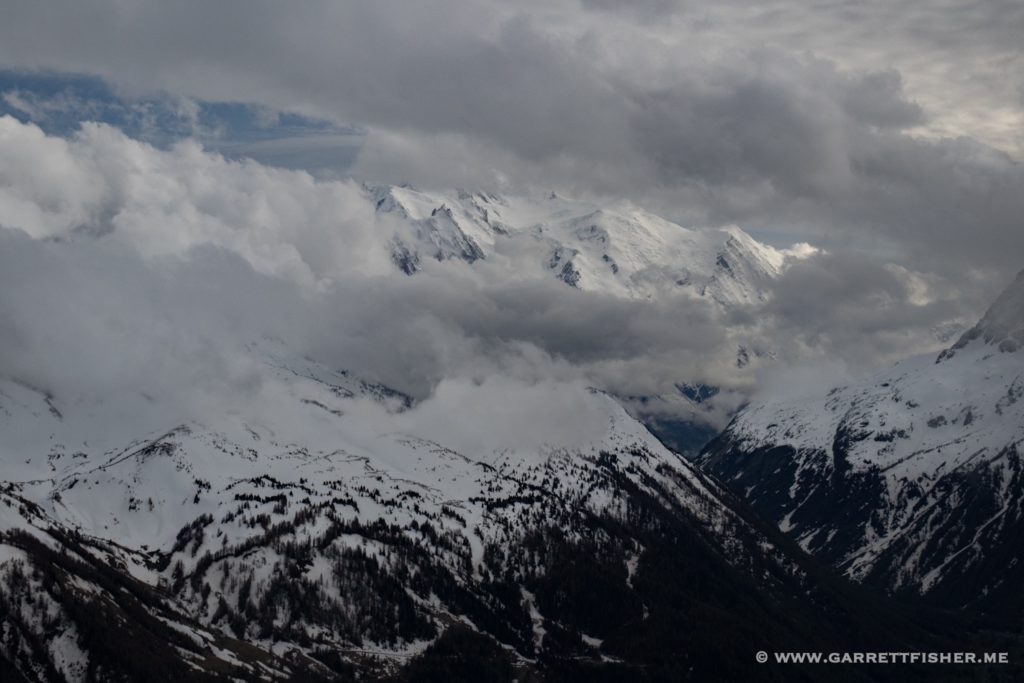 Beneath Dents du Midi, in a swirling wind shadow, waiting for the other shoe to drop. 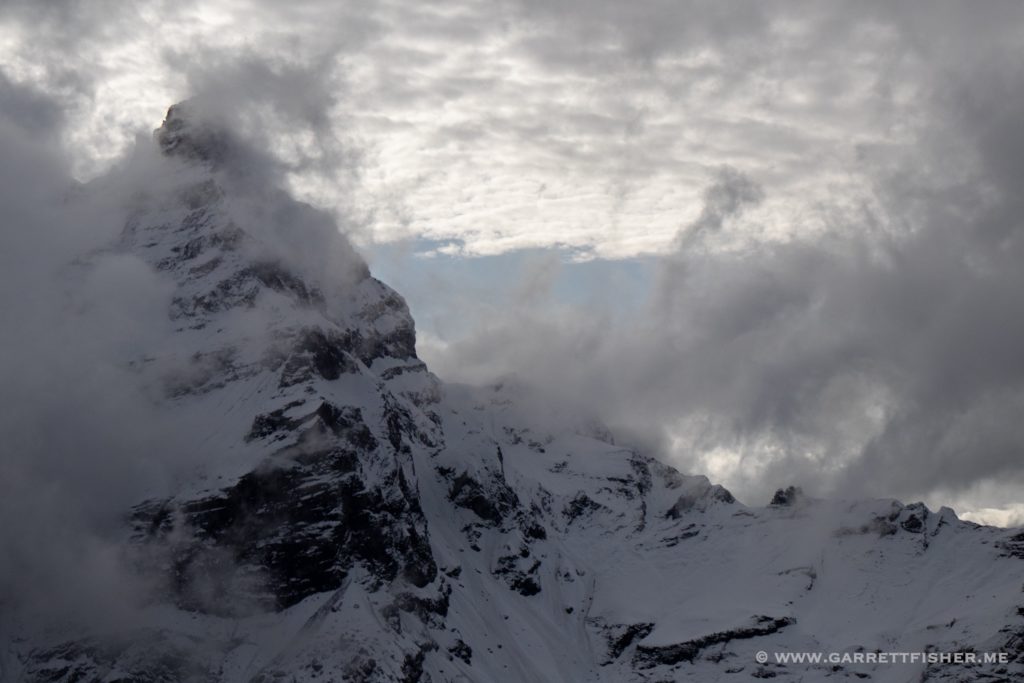 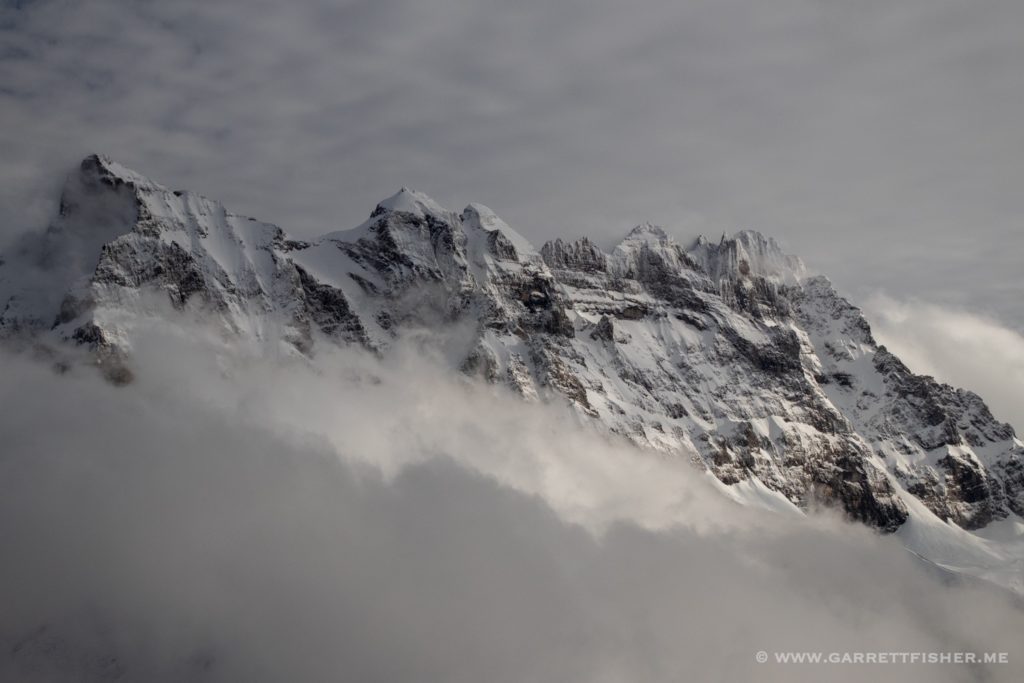 Riviera from a mile above. Heading toward those clouds and summits. 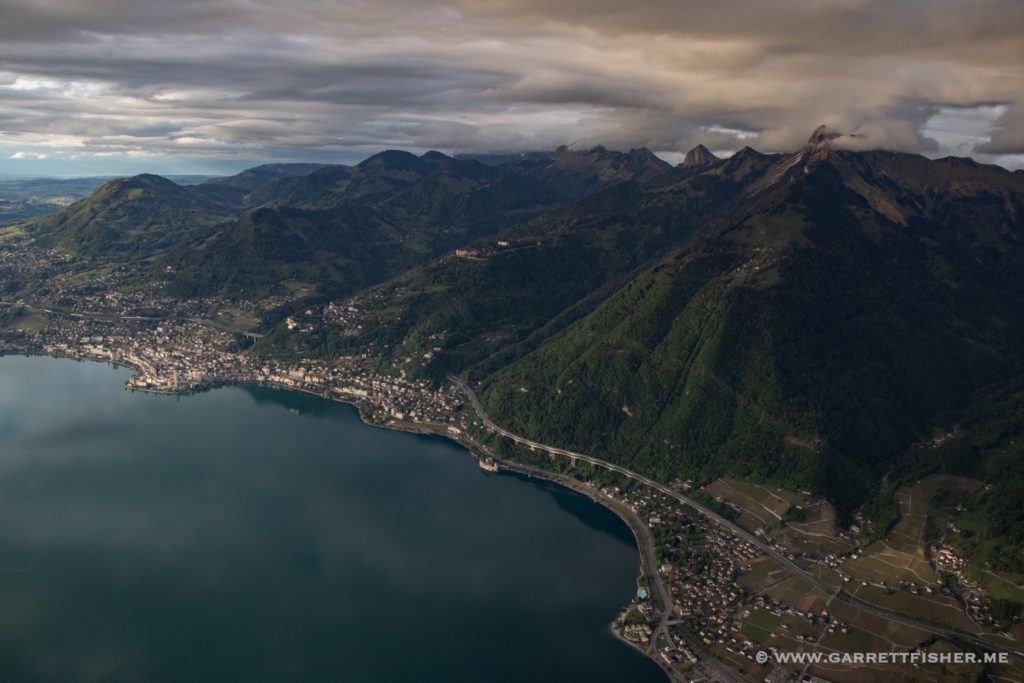 But not before looking back at the Rhône Valley, with weather clearing up as forecast. 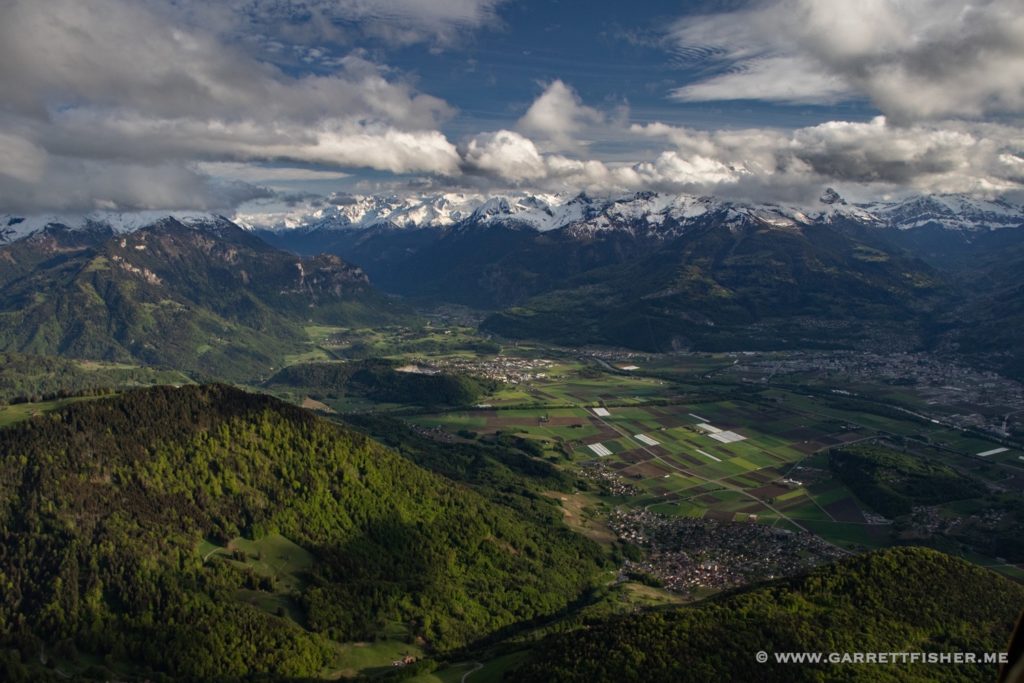 On the other side of “those peaks.” Reflections on Lake Geneva viewable through the clouds. 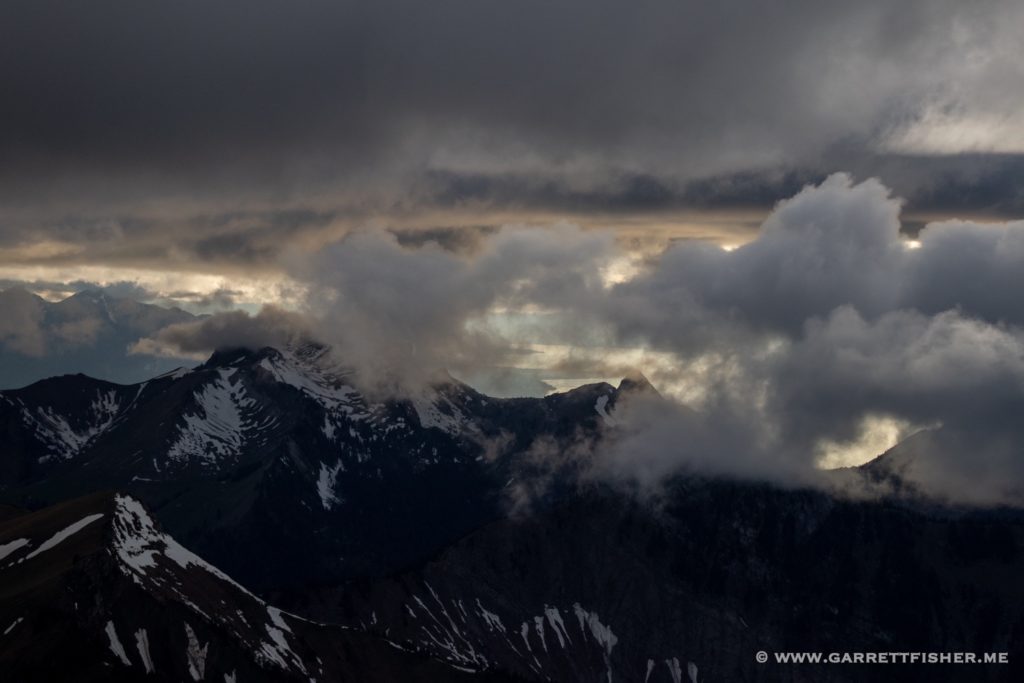 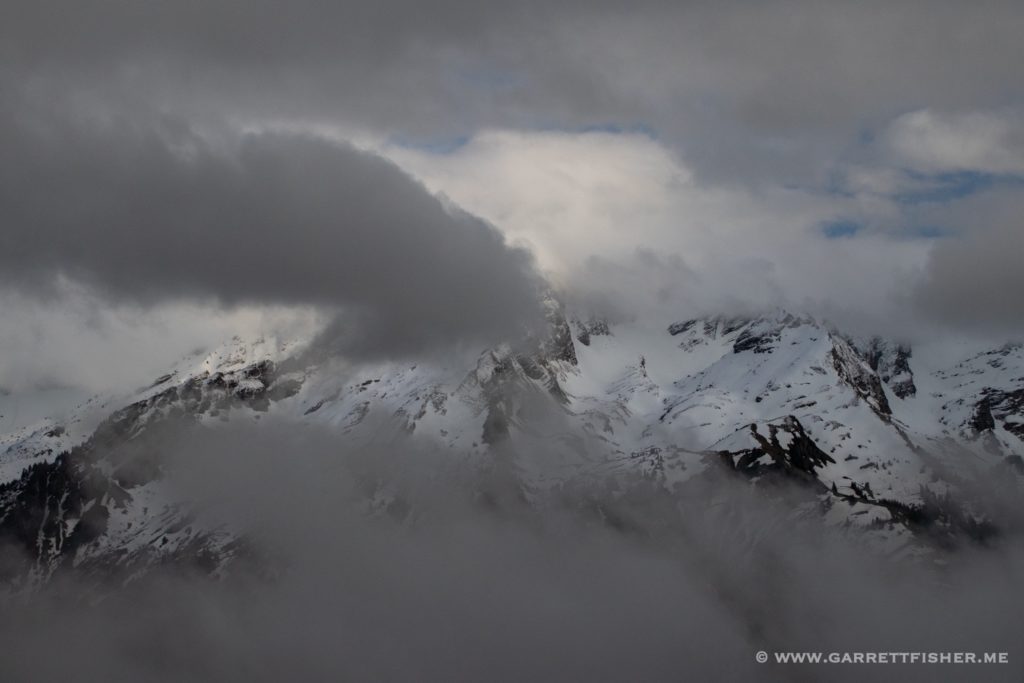 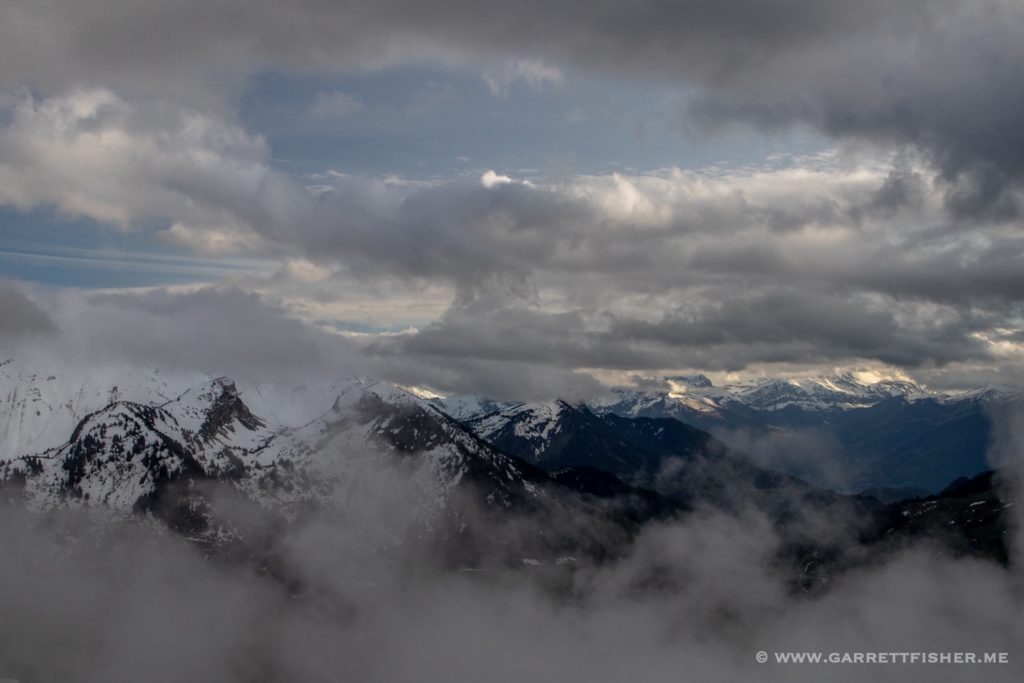 Spitzhorn. I climbed to the base of it a few weeks ago. Suffice it to say that one can find heaven on earth. 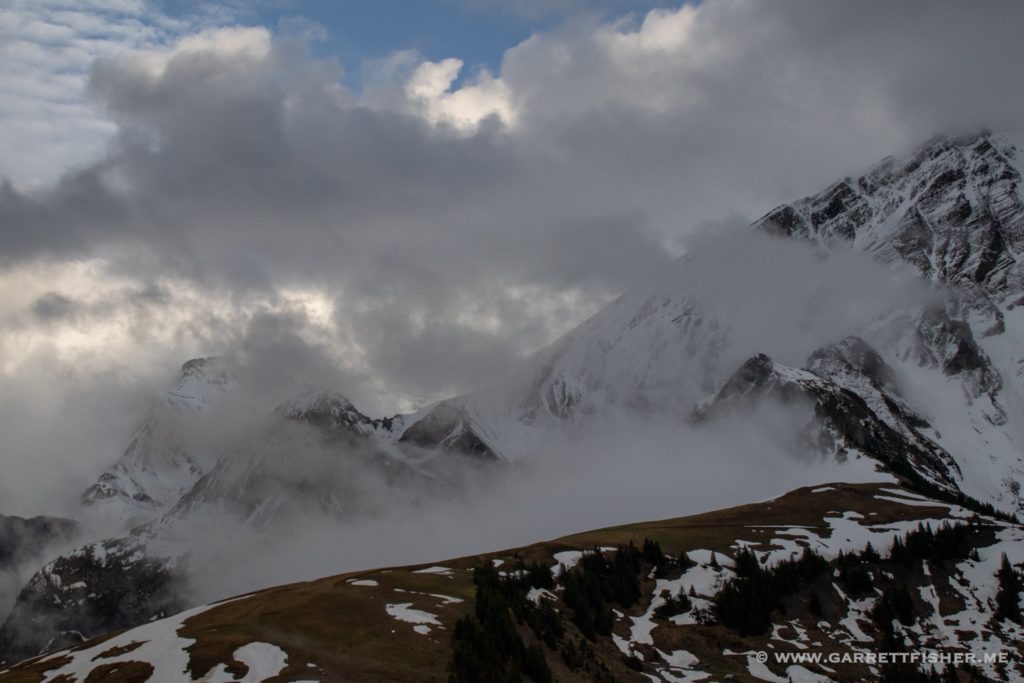 Saanetschpass. It made me want to fly over it, though I did not. 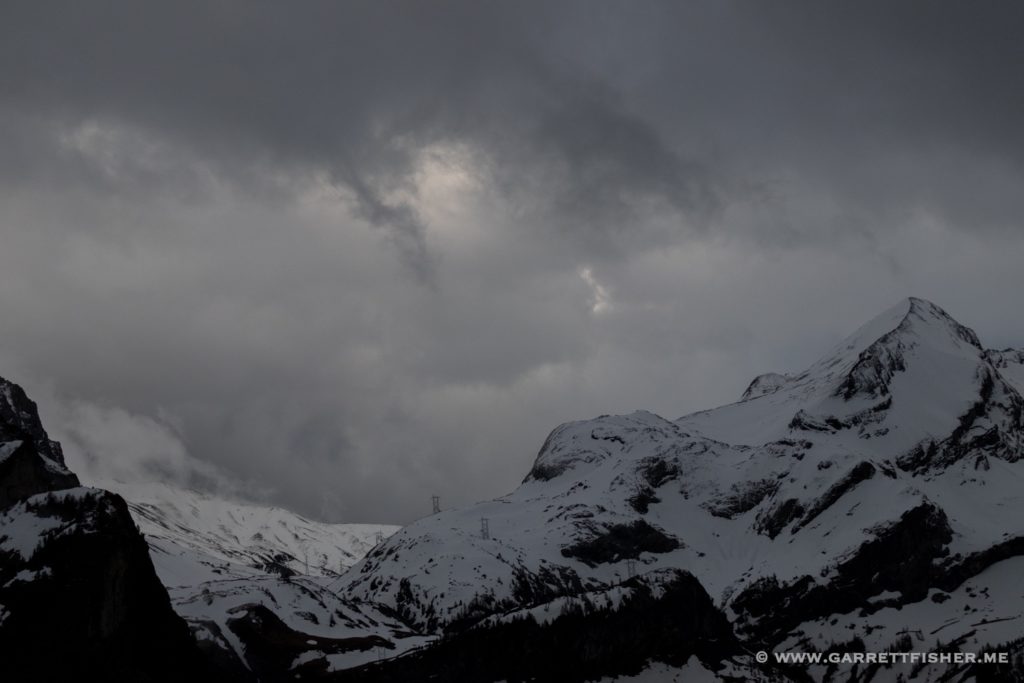 Left hand downwind for runway 08, just before turning a continuous base to final. Rather tight. 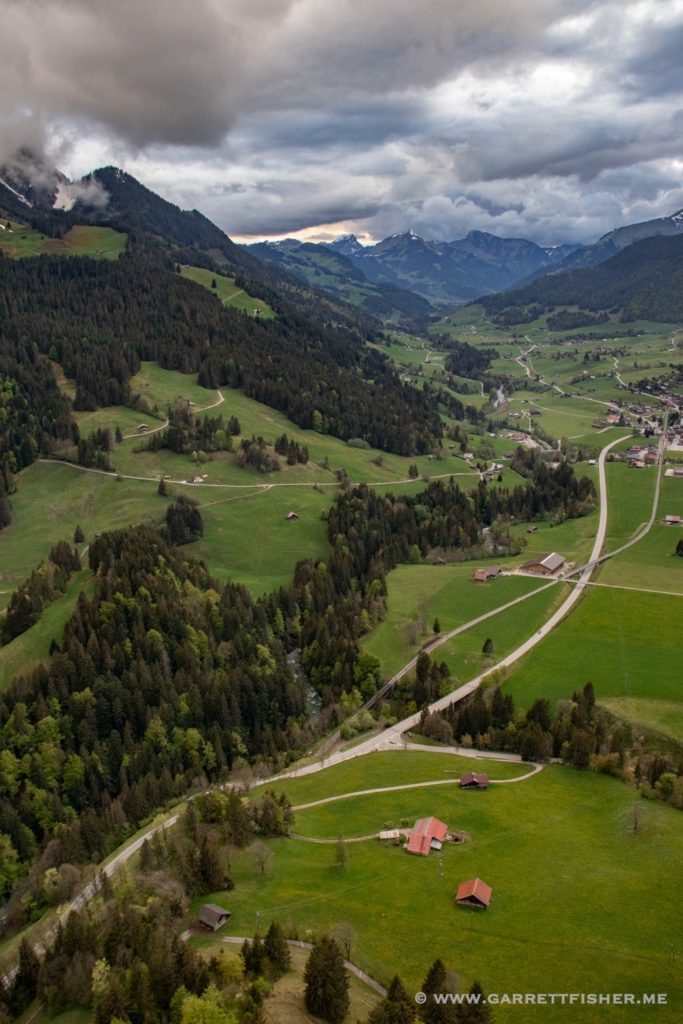