I am apparently prone to fits of explosive quantities of flying, which are a product of some half-baked idea that has run amuck. Some years ago, I was speaking to my late grandfather by phone, explaining a maniacal amount of flying that I was in the middle of, and he barked into the phone with a snarl: “TOO MUCH FLYING!” He didn’t even bother to complete the sentence fragment; apparently it is such an act of moral turpitude to fly an airplane so much that it didn’t warrant any form of explanation.

He may have had some inclination to concern himself with such things as limited financial resources. As one can tell, I gave up wise financial management a long time ago. The words “airplane,” “Europe,” and “Switzerland” cannot be combined without adding unrecoverable zeros to the end of the sums in question. That ship sailed a long time ago.

Anyhow, I am still in the middle of this crazed scheme, which will end [thankfully] when snowflakes start flying, as they will cover up the glaciers. I will elaborate more on a future post, as I cannot be bothered to catalog, sort, or explain the overwhelming amount of photographs I set out to get.

In the meantime, I will need to get a good proctologist and urologist on retainer if I am going to keep this up, as the seat on that airplane is a medieval torture device when used to this level of excess.

I am including photographs mainly of the airports visited and the Cub on the ground. It has been an intense six weeks.

Aosta, Italy. Here I had my bags x-rayed, body temperature checked, passport and residence permit copied (despite customs being goods only), COVID-19 papers checked, and an inquiry by the border police, but nobody actually looked at the airplane to see if I had crack or $10,000,000 in unmarked bills. 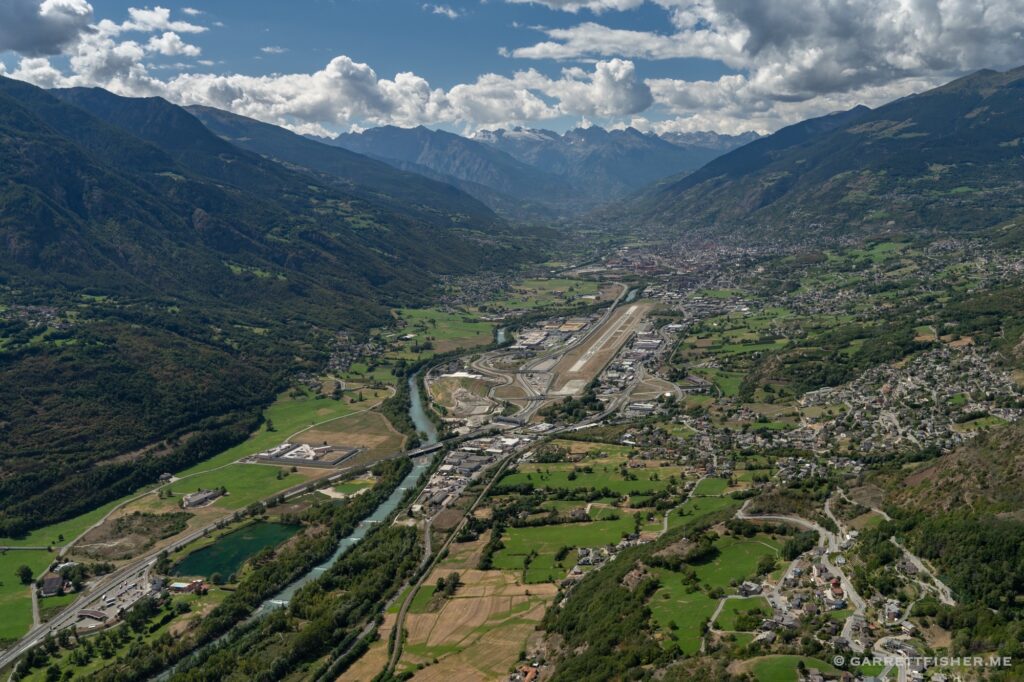 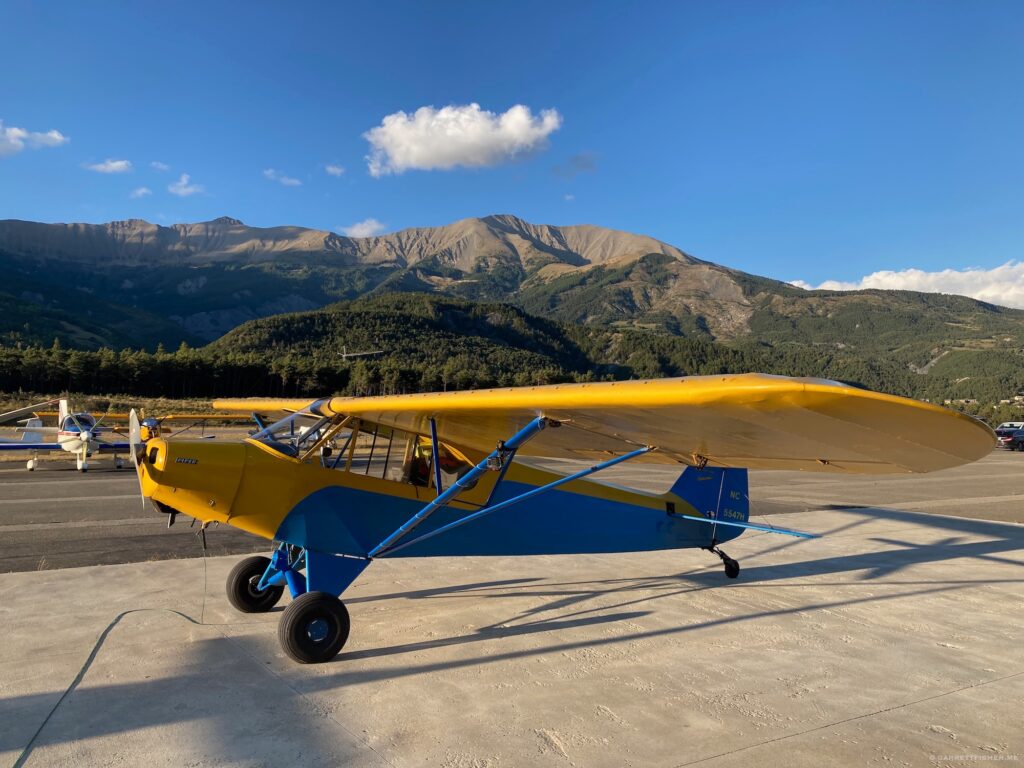 Berchtesgaden, Germany. Back in the Fatherland after 5 years! I didn’t bother to photograph Hitler’s Berghof below. 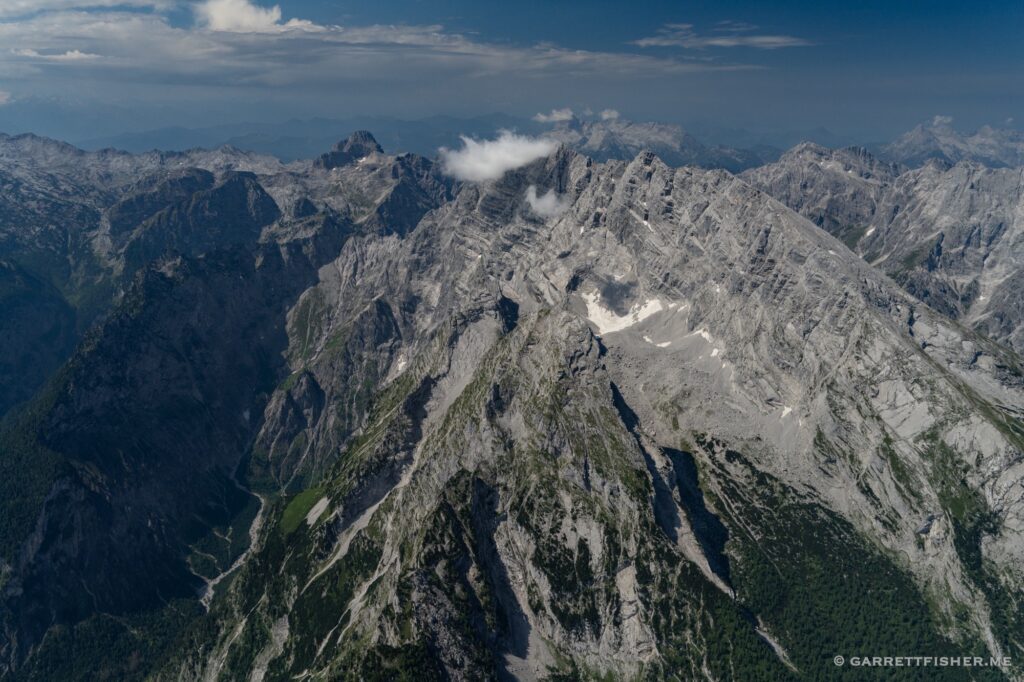 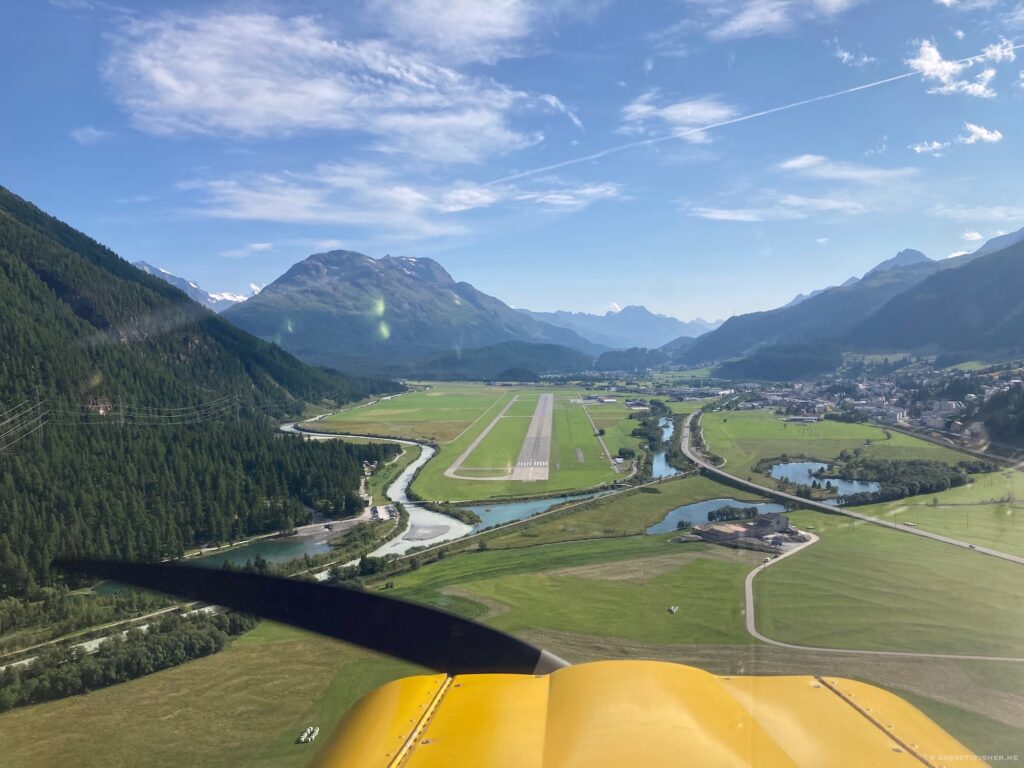 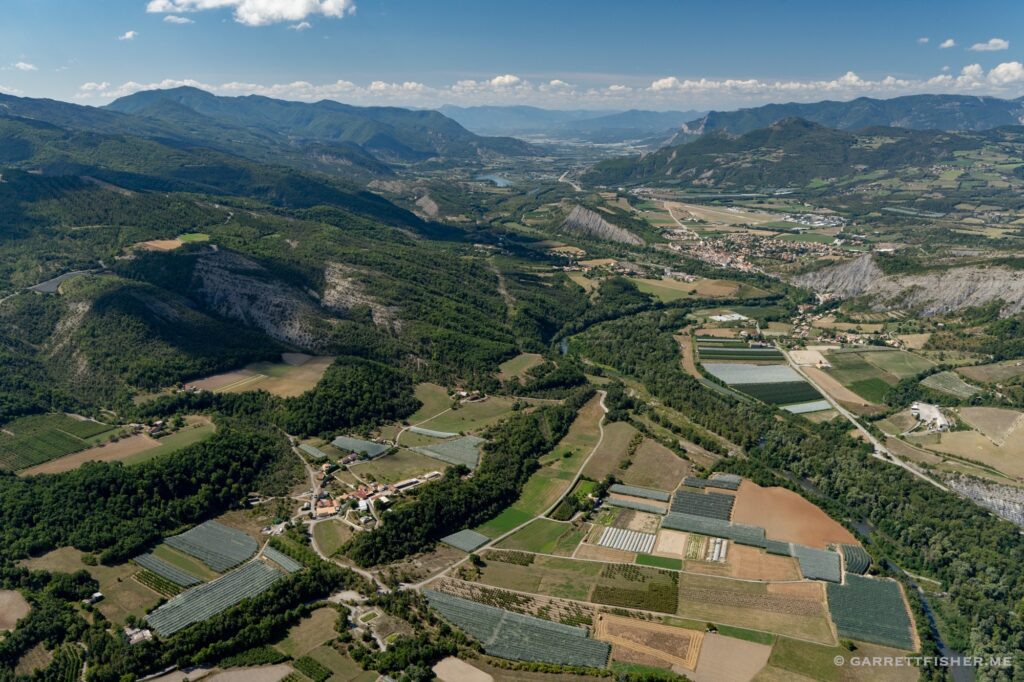 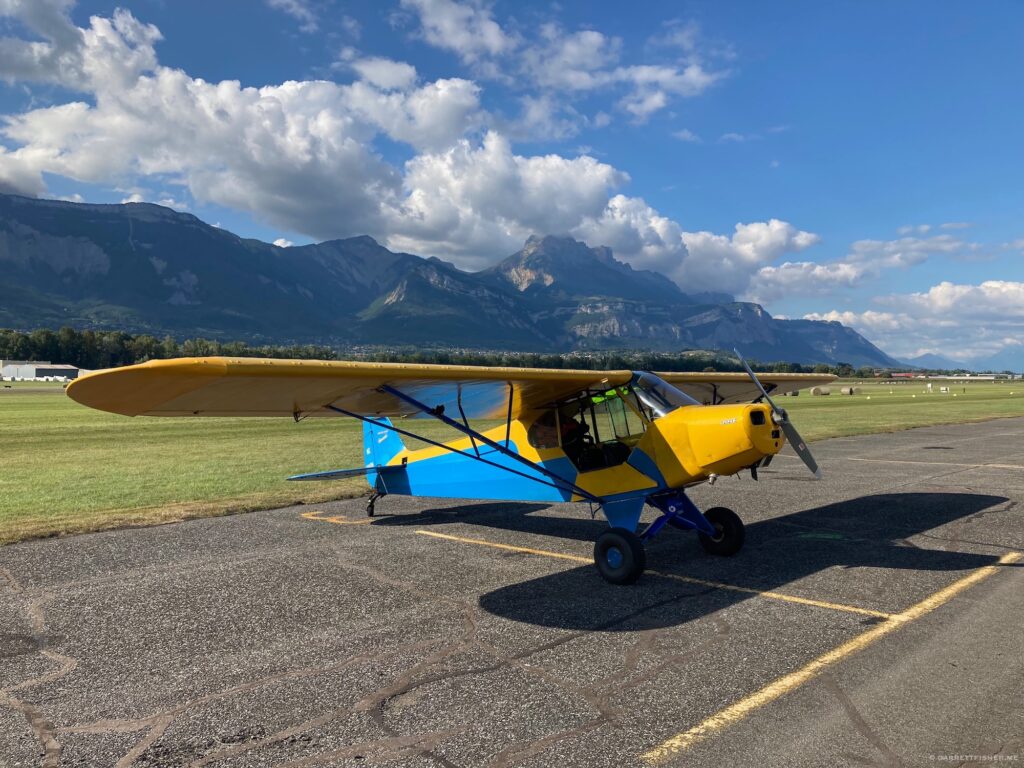 Innsbruck, Austria from the air. 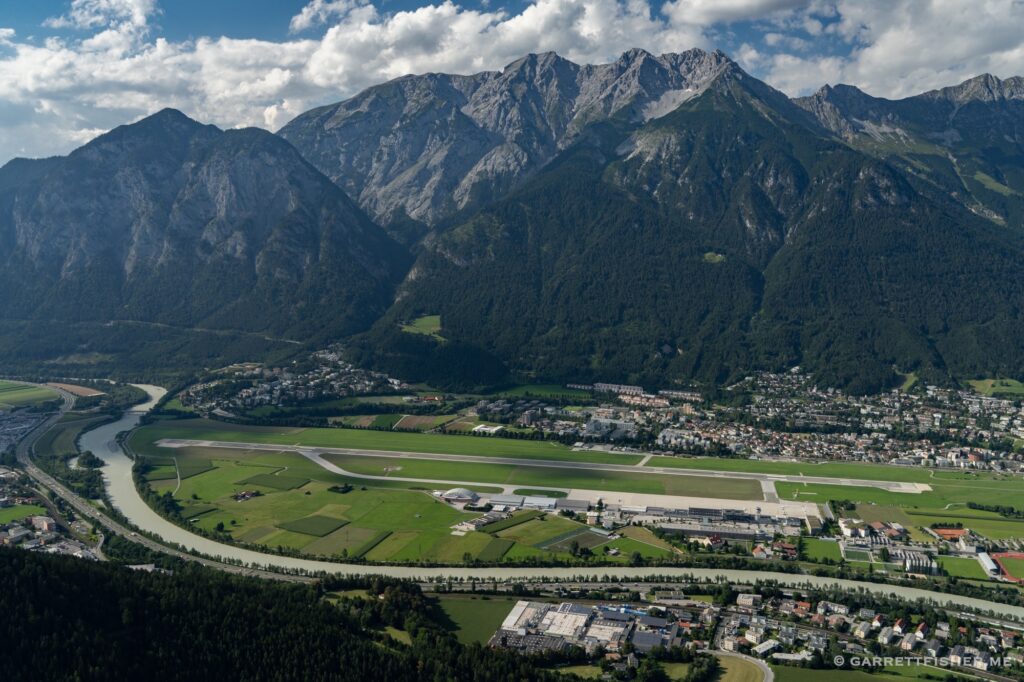 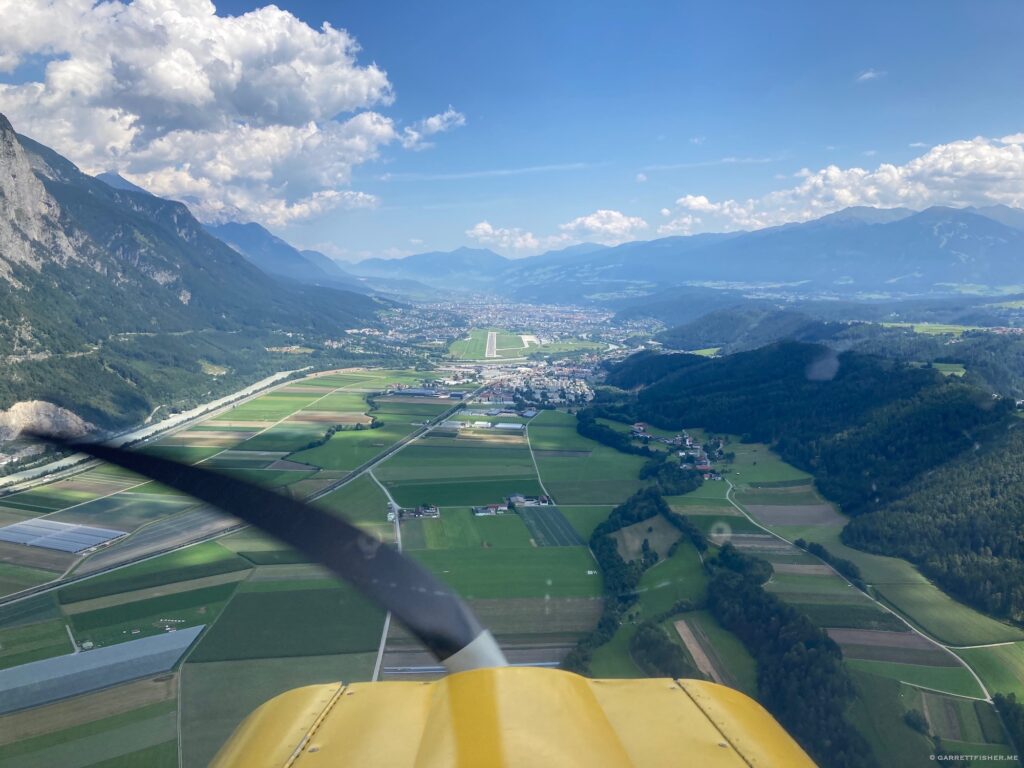 Innsbruck on the ground. I didn’t have any strudel, of all things. 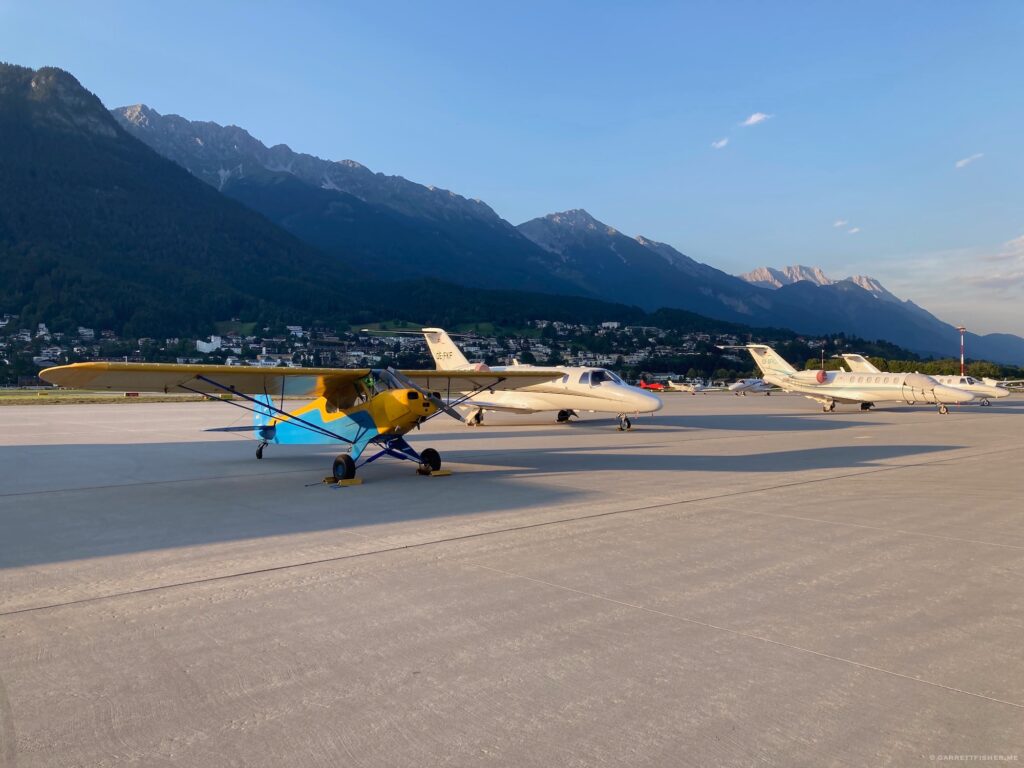 Locarno, Switzerland….smashed up by a storm this spring. 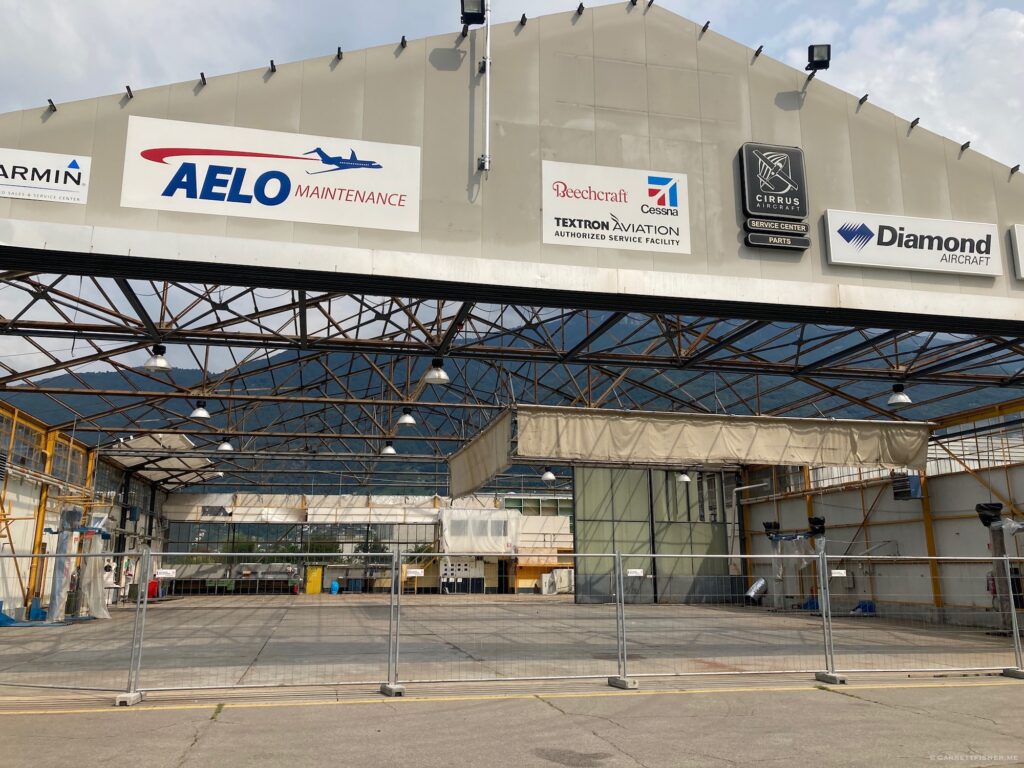 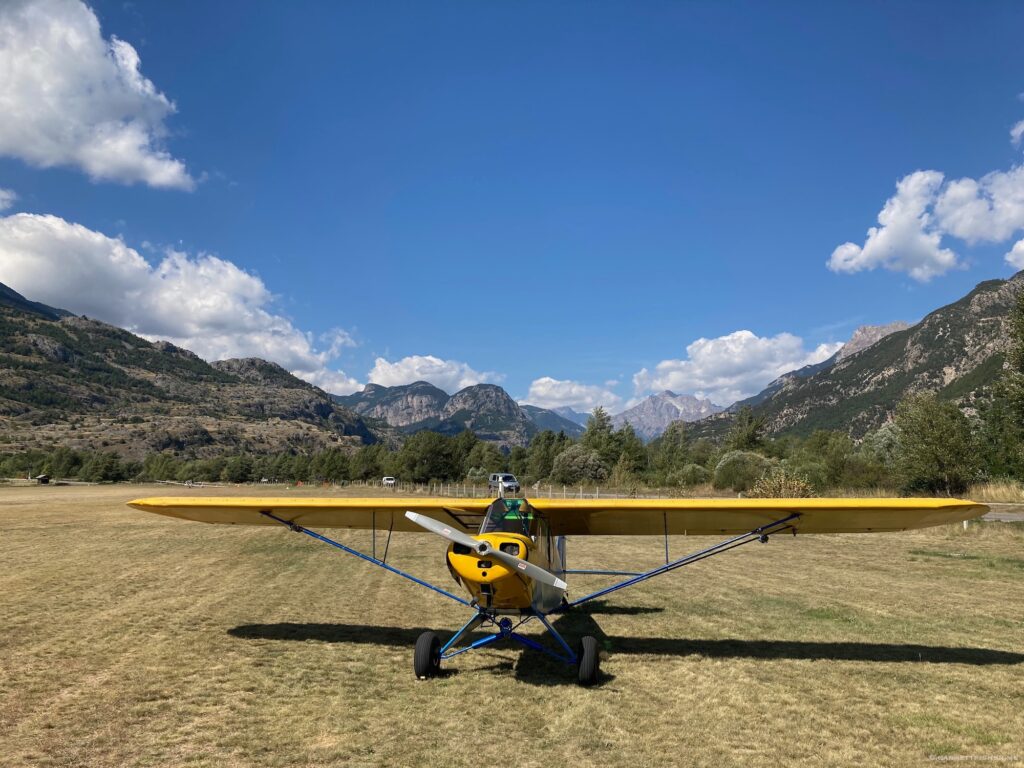 Saanen, Switzerland with a PC-24 on the ground and PC-12 in the air. 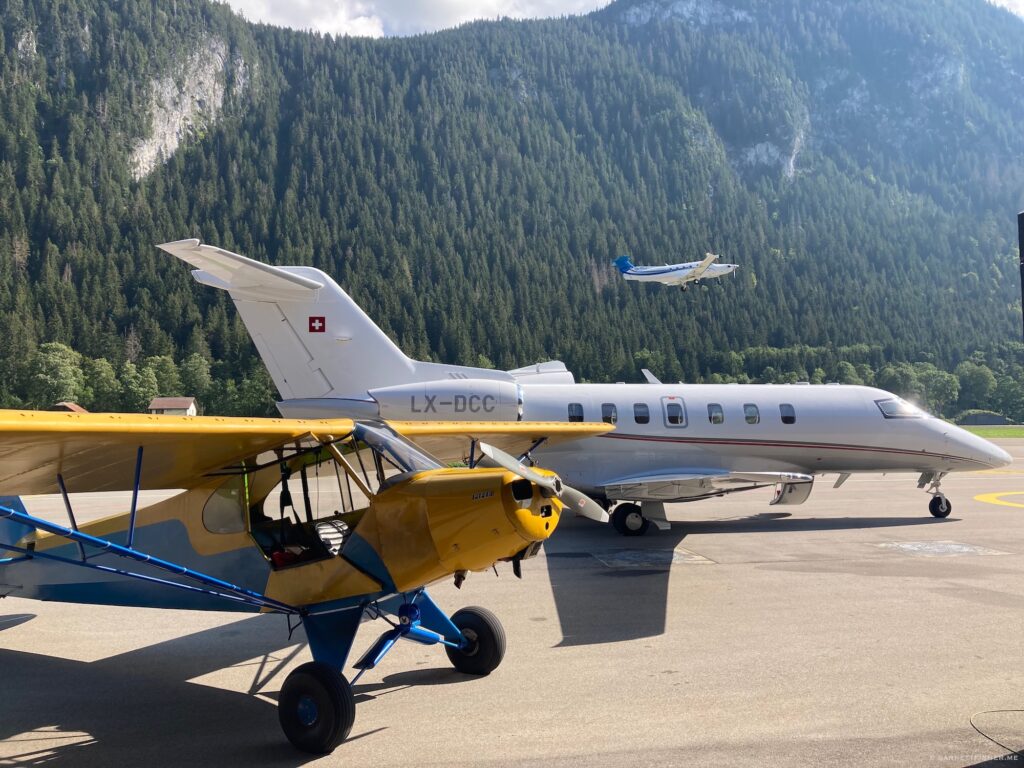 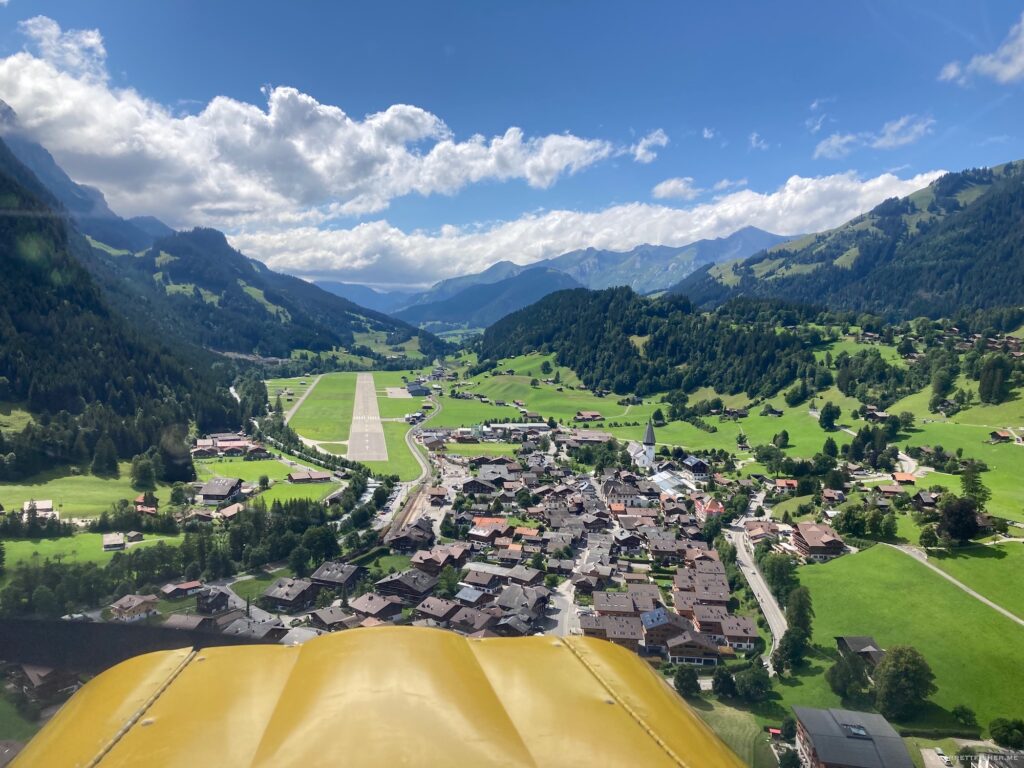 St. Gallen, Switzerland for the night. The jet and airport were run by “People’s Airport.” This part of Switzerland is much closer to the Soviet Union, so perhaps they got some Marxist winds blowing in. 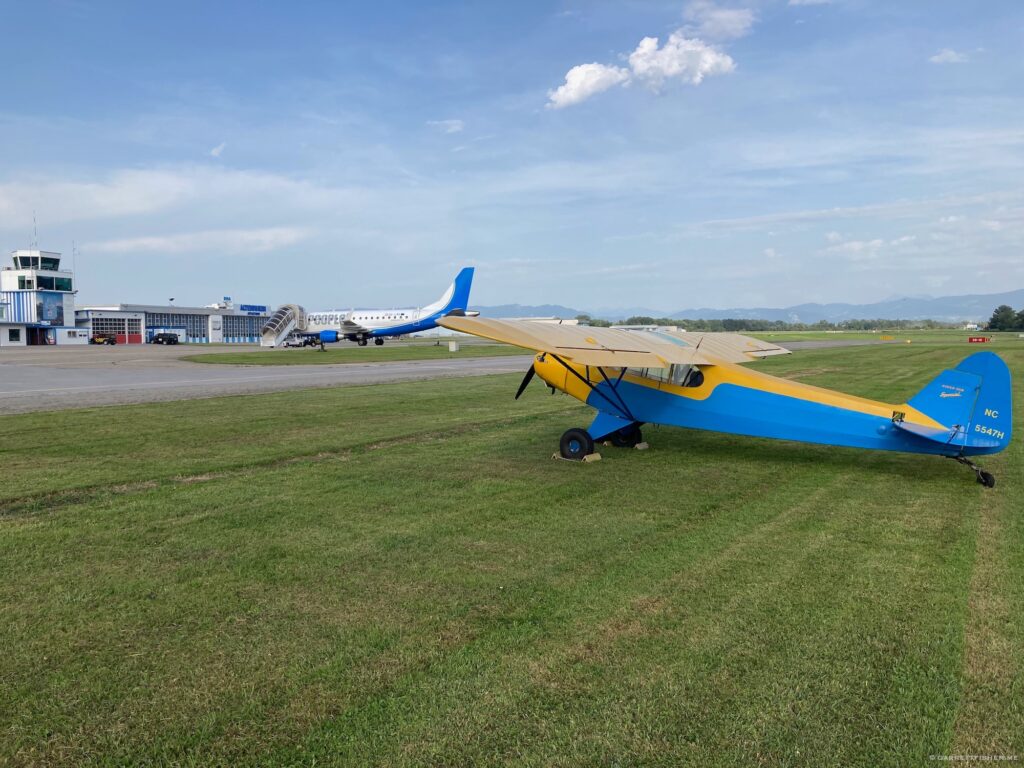 Wangen-Lachen, Switzerland with ducks on the parking ramp. They napped right next to the runway as airplanes took off. 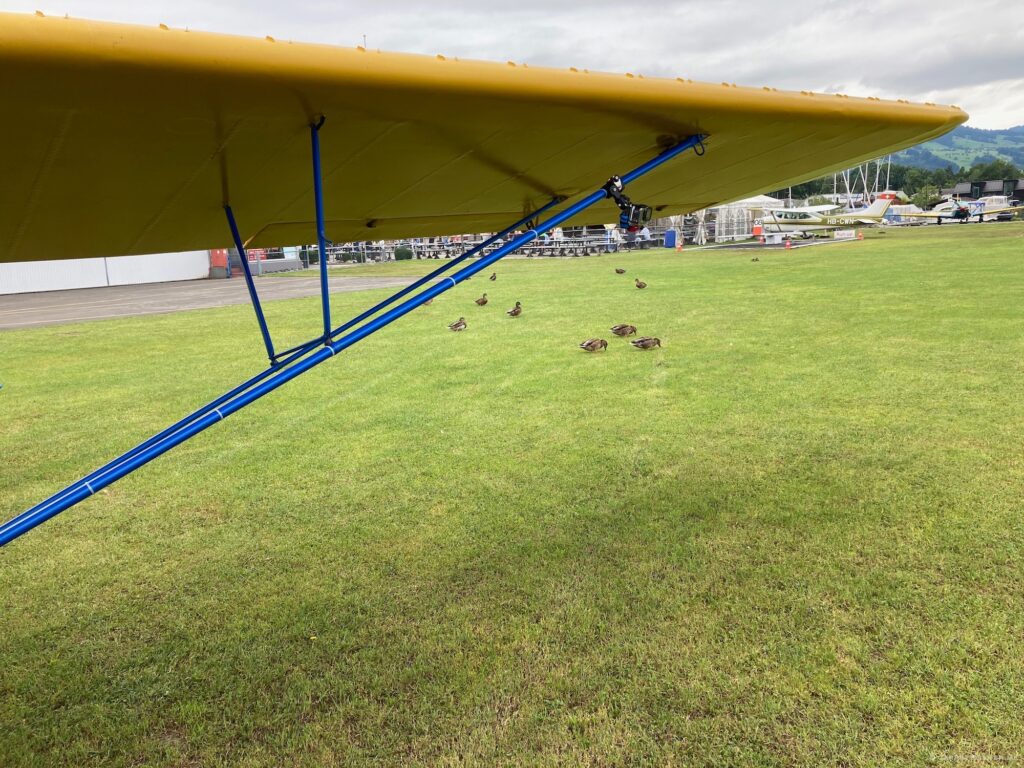 Wangen-Lachen, Switzerland from the air. It took 20 minutes to get out due to an aeronautical traffic jam. Route of flight was to the bright light on the left horizon, above the clouds, then VFR on top. Since I am writing this as opposed to dead, it worked. 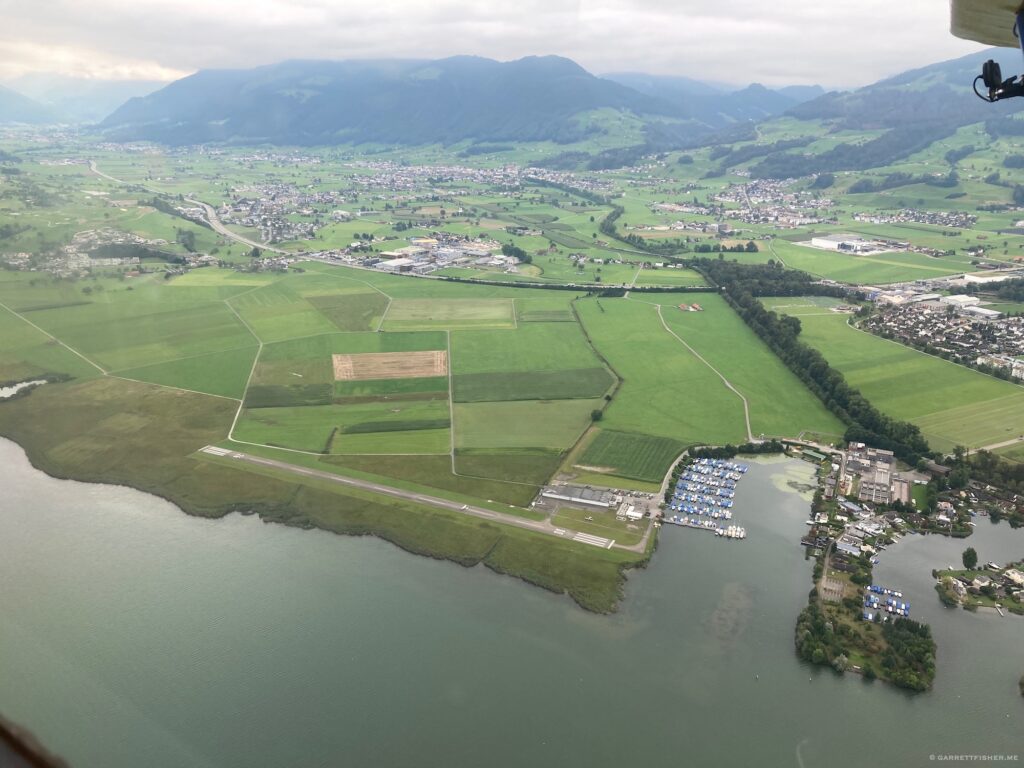 Zell am See, Austria. Each of my three landings here were embarrassing. 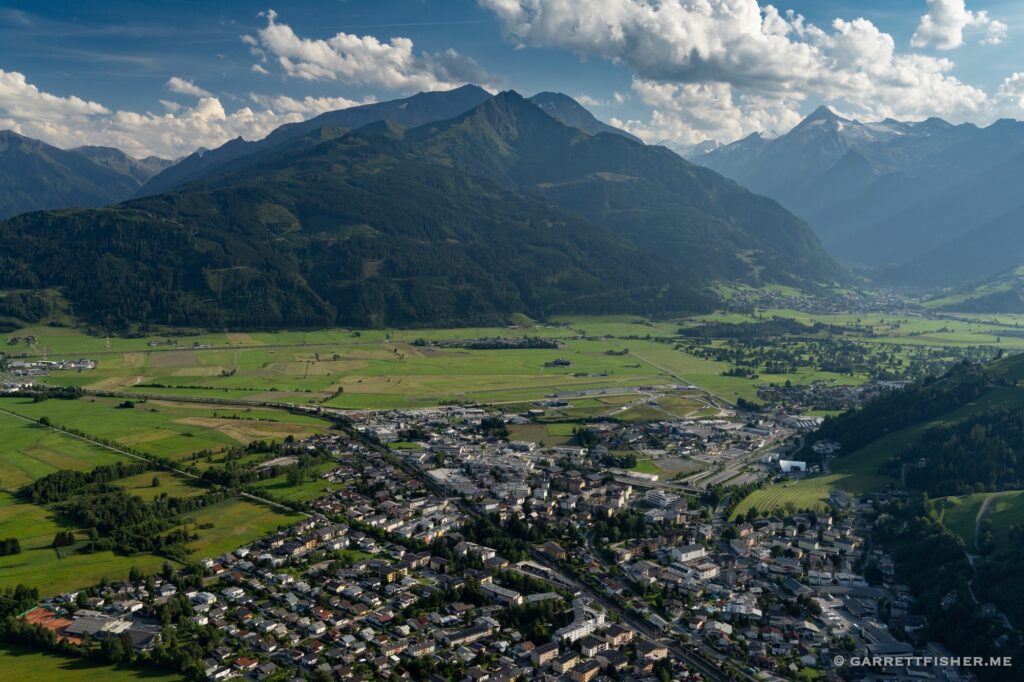