It is only a matter of time before someone engaging in the self-imposed lifestyle of aeronautically-themed expatriate nomadic exile would eventually have to face this philosophical question: what exactly is going on here with all of this seemingly exploratory activity? I can only begin to answer the question be reverting to an egocentric cultural genesis of this sort of thing: growing up as a “local” American.

America is quite obviously an enormous country filled with incredible natural diversity. That reality is mated to a pre-existing frontier mentality, where the taming of the West has only happened to any modern and great extent within the last century, most pronounced since the development of the interstate system, air conditioning, and a subsequent improvement in telecommunications. One would note a historical inflection point in American history after WWII, where these things converge to make the crossing of the country something that doesn’t take weeks or involve taking one’s life in their own hands.

It is imprinted in the US passport a quote from a past president, something to the effect that America is all about what lies over the hill, and what untamed wilderness remains to be explored, exploited, enjoyed, or subdued. When I was young, I distinctly recall the general disposition of the American West and California as being something people aspired to achieve, as it was sort of a universal appeal, where that same West called each person at least to make a pilgrimage before they die and see such incredible, spiritual vastness.

By the time I got around to heading west, the world was a far more interconnected place. I could hop in the car and arrive in Colorado in two days, scheduling conference calls on my mobile phone (and billing clients), while sipping Starbucks….in the rural Midwest. No longer was it necessarily an achievement to arrive somewhere and see it, it was an achievement to pay the rent in a remote town that cost triple a mid-size East Coast city. No longer was it the spiritual vastness; it was the spiritual vastness without hordes of tourists ruining the place.

Obviously we still crave the American sense of frontiersmanship, yet we have overrun our frontiers and now have turned vast wilderness into overpriced hunting ranches….owned by hedge funds. Ok, so off to Europe it is.

Europe, as one can imagine, is a cultured pastime to Americans. It is a sign of sophistication, elite adventure, wealth, and all around pugnacious supremacy to travel to undiscovered destinations in Europe, as opposed to the decidedly middle class throngs that go to….ugh…Disney World. Maybe that was the case 100 years ago when it was expensive and difficult. Now? With $10/day roaming, and a $500 concentration camp class airline ticket, the masses can come here from America, pontificating about a “glorious Bordeaux” they sipped while in France ($5), while posting on social media the trappings of their new life as a global sommelier. But wait a second….aren’t we seeing the same thing that happening in America: the mass production of something that used to be rare?

To make matters more complex, there is this sneaky little idea that Europeans do not find Europe to be the capital of supercilious imperiousness. To them, wherever they live is…gasp…home and they too wish to travel on holiday to enjoy something else. However, they are traveling and not exploring an undiscovered continent. If they wanted to do that, they would go to Russia, and well, that is not #1 on the list. So what is going wrong here?

I would guess there is a difference between travel and exploration, between only knowing one’s own locale (wherever that is) compared to the discovery of the rest of the world (wherever that happens to be). At one point, I was a little kid chasing his grandfather’s airplane in a county with more cows that people. I didn’t learn that foreign languages even existed until I was 6. Now? I am flying a similar airplane in a valley in Spain with more cows than people while speaking one of those foreign languages, enchanting myself and my American blog readers, while equally enchanting Spanish pilots telling them about Colorado.

Europe is not a mystery to Europeans. Hell, every square mile of America has been measured and mapped. There isn’t a frontier to discover anymore in the western world of any great significance; the frontiers are inside us, and are really a function of relativism of our geographic origin point with its associated socio-cultural norms to the rest of the world.

With that out of my system, a few photos attacking the Pyrenees with my pile of cameras, enjoying the mid-winter snow and admitting I have developing a need to go out and attack something with the airplane, as its getting too familiar around here.

Puigcerdà, with the Val du Carol, France in the background. Those mountains are beckoning….

Looking at haze layers toward Moixeró.

Barreling toward the cloud layer as the sun is going down. France with Andorra in the background.

10,000 feet…now above the cloud layer looking into Andorra.

A few from the same flight with 590nm IR, no channel swap.

Hey, I’m figuring this thing out. Note the green trees. It comes off the camera that way, despite IR spectrum. 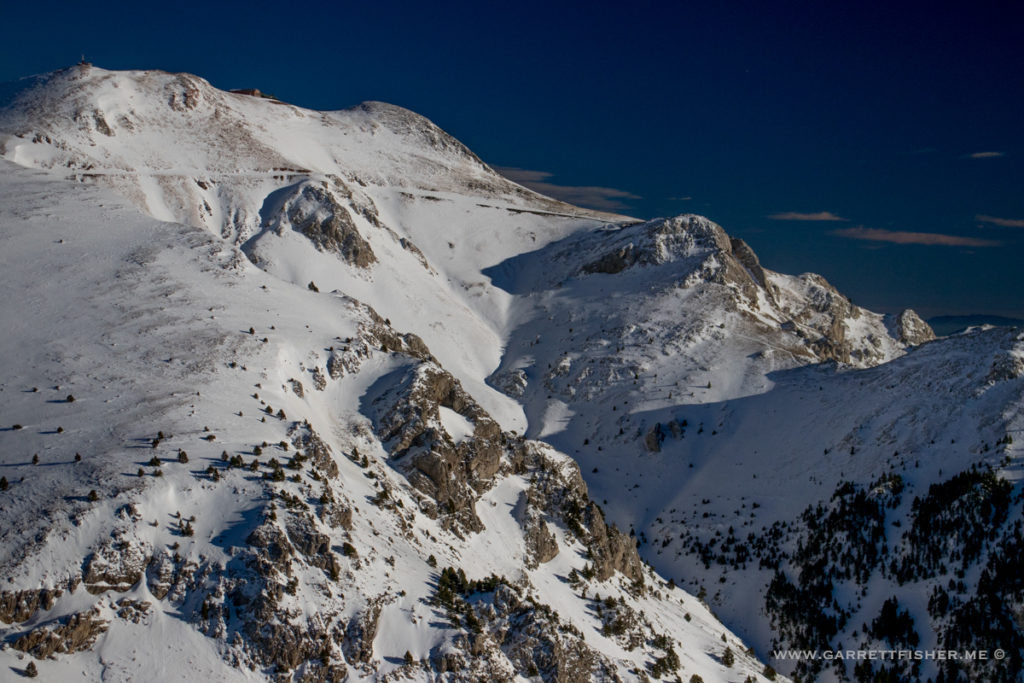 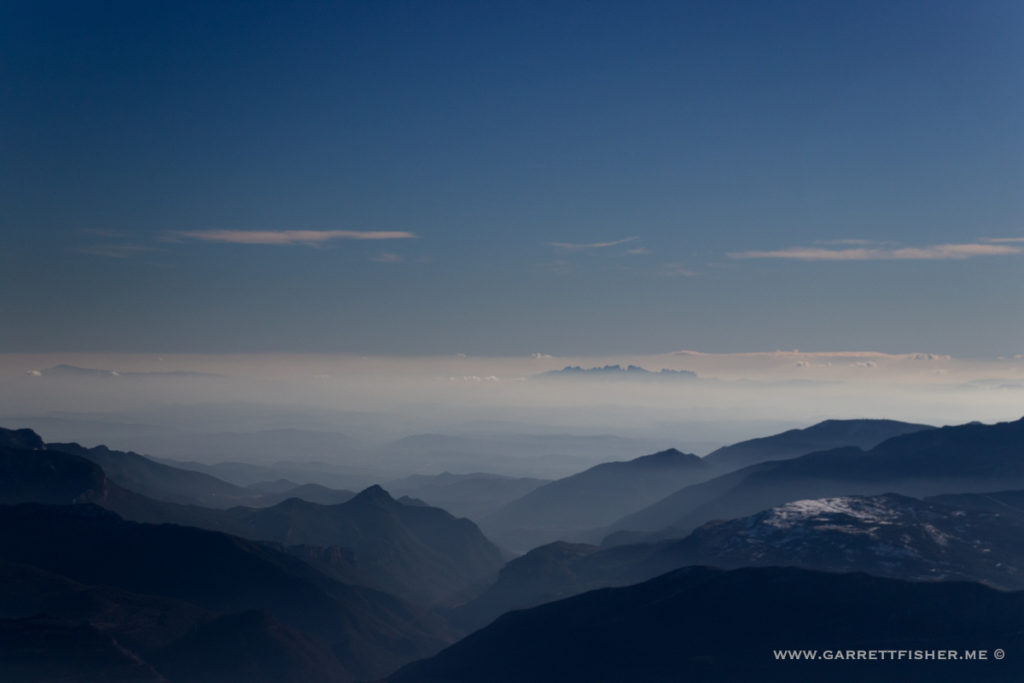 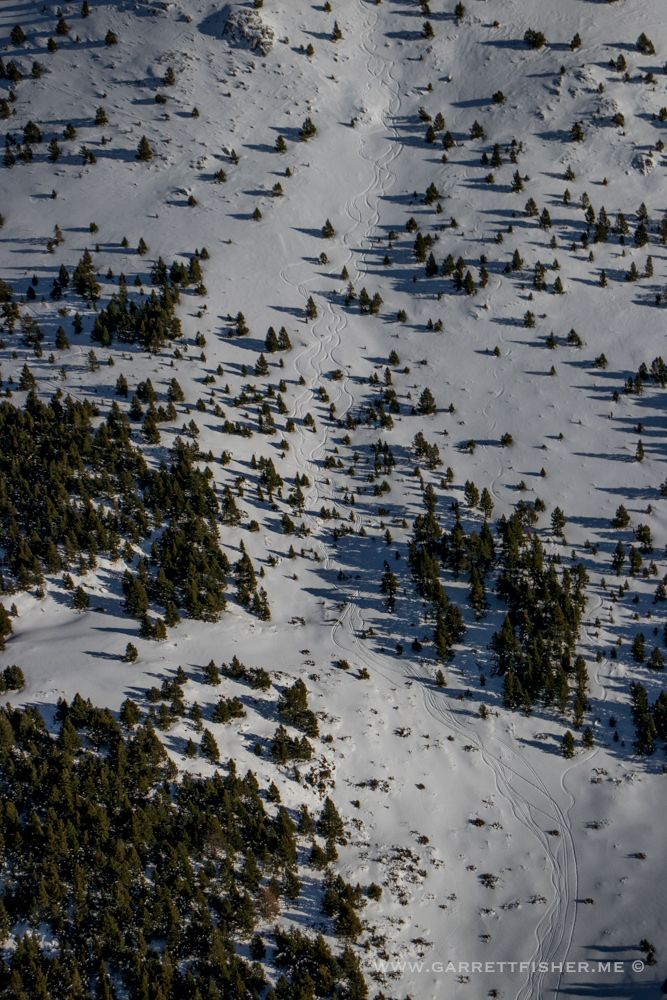 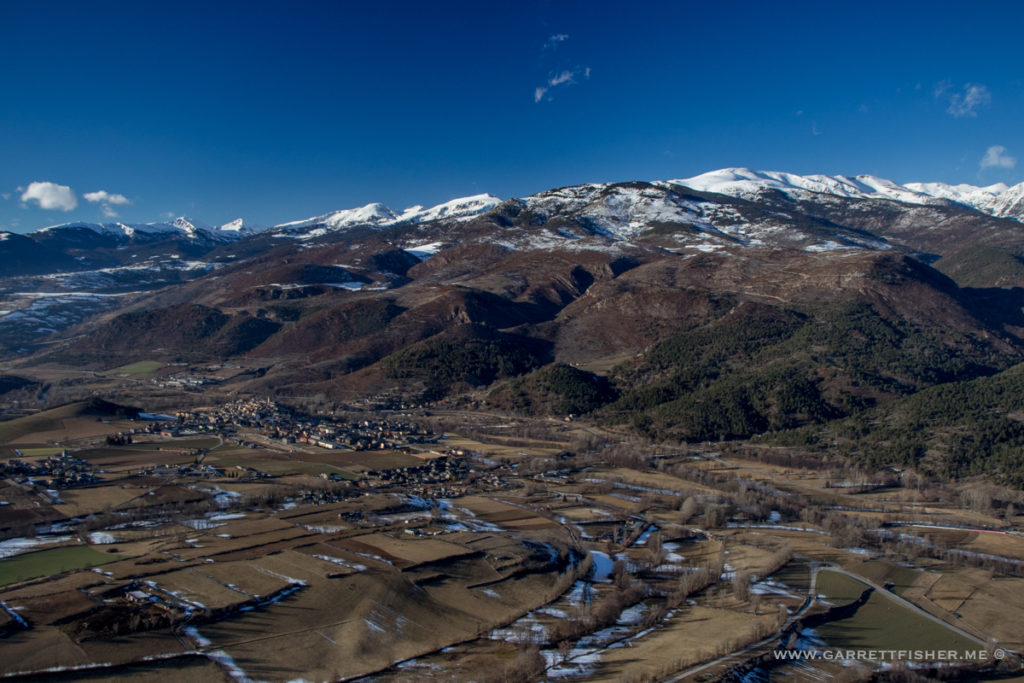 Same flight, now in IR. This image is Urús beneath Masella, 590nm IR, straight off the camera. 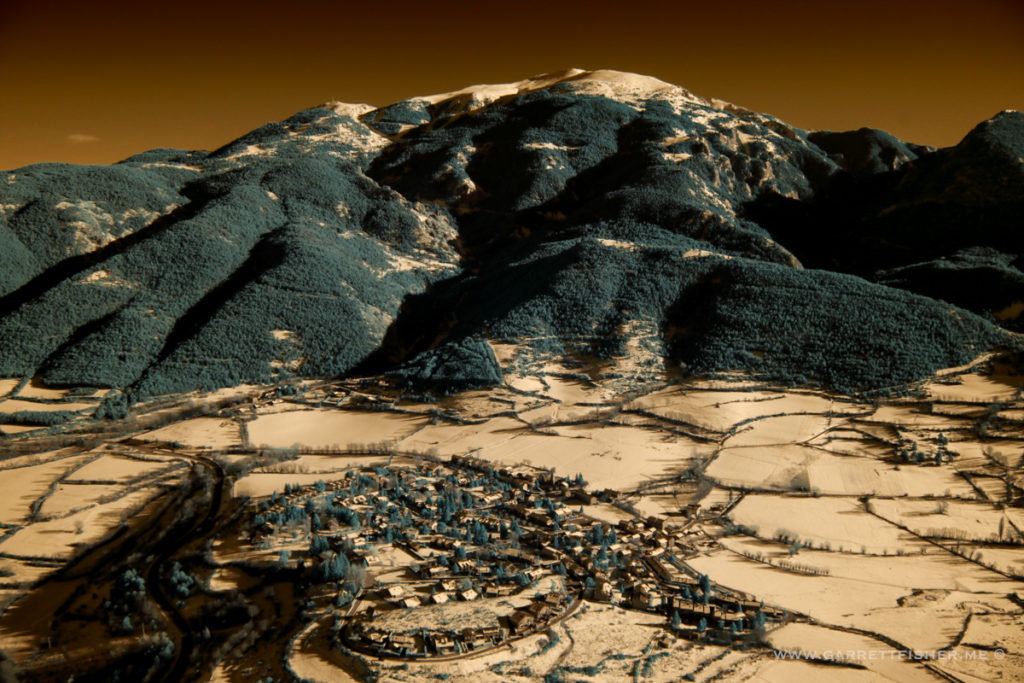 And channel swapped. This is what IR photographers have in mind, as the blue sky is more realistic. The problem is going from green pines to yellow pines is not, though I like them both really. Its a neat way to see the world. The next series will be identical images raw and swapped. 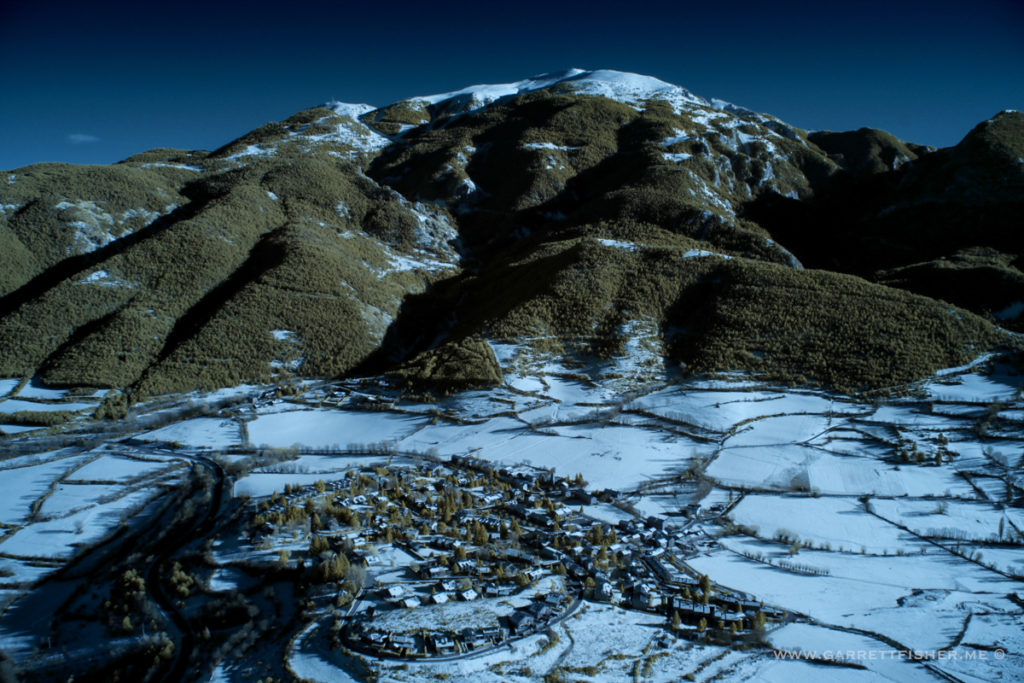 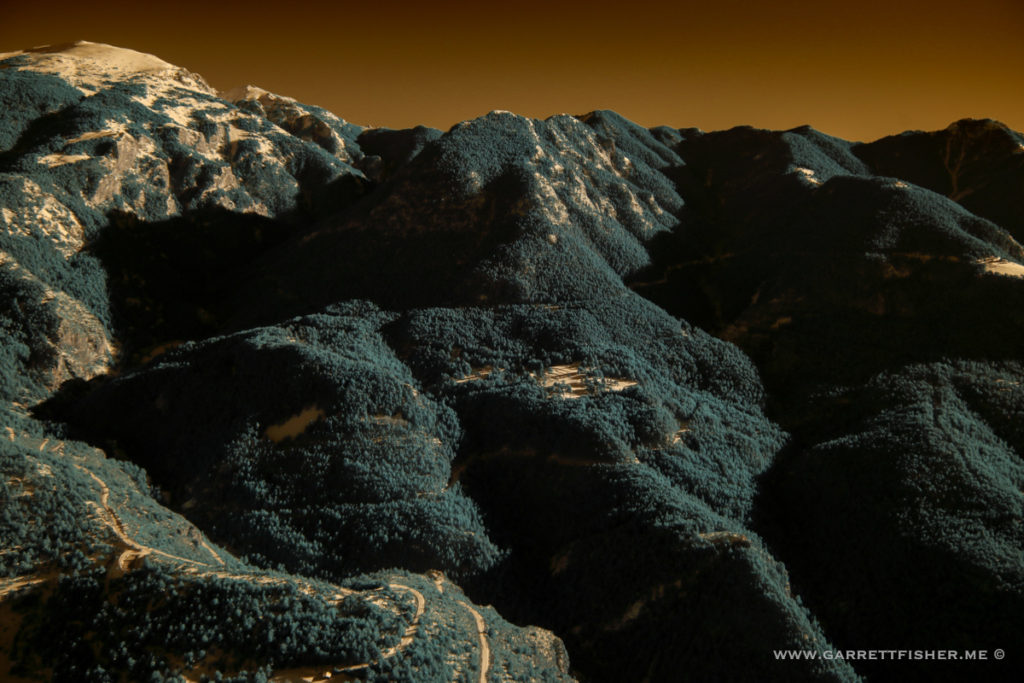 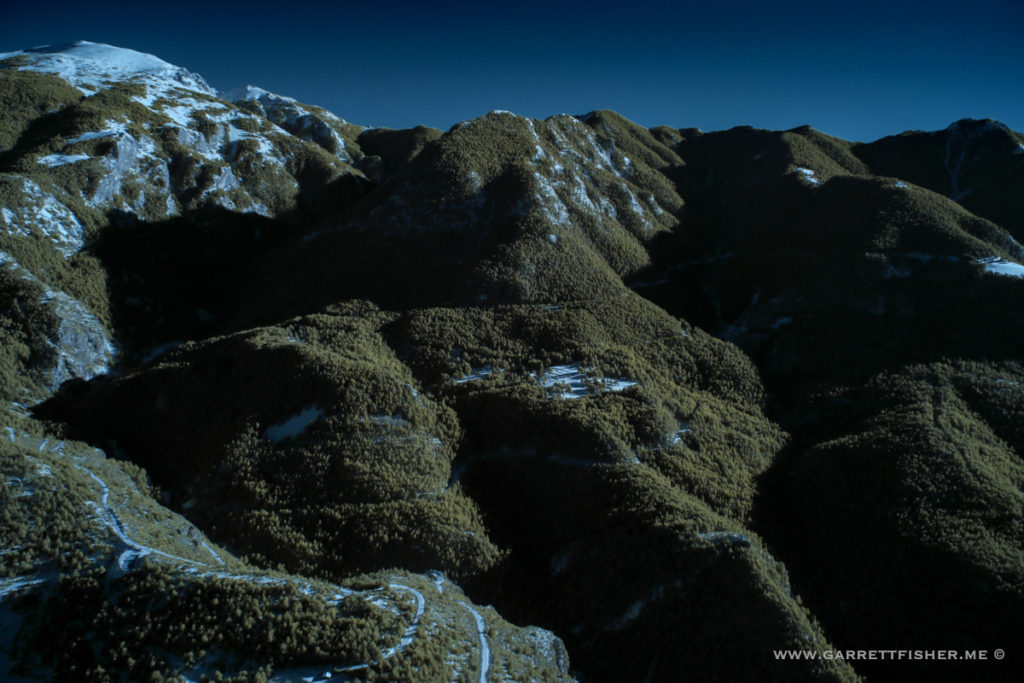 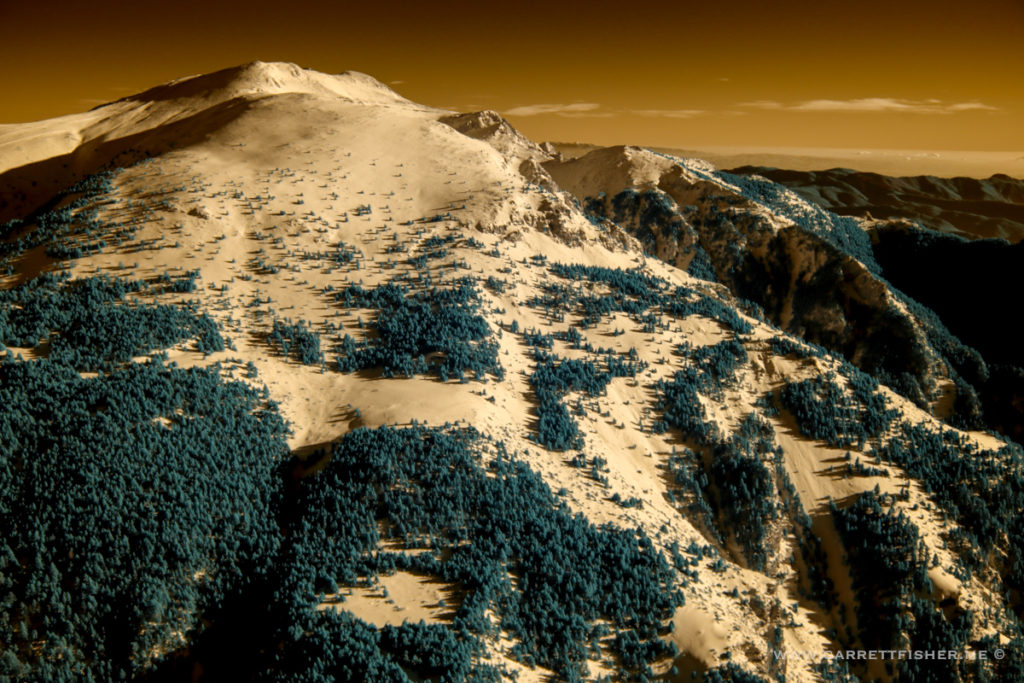 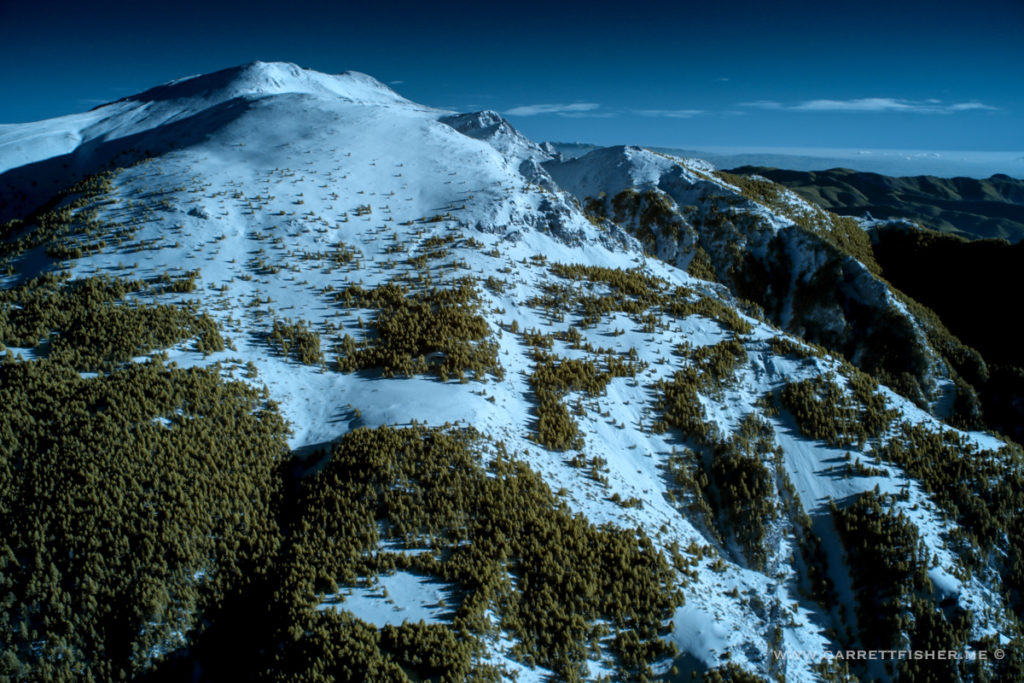 Looking back at Cerdanya. 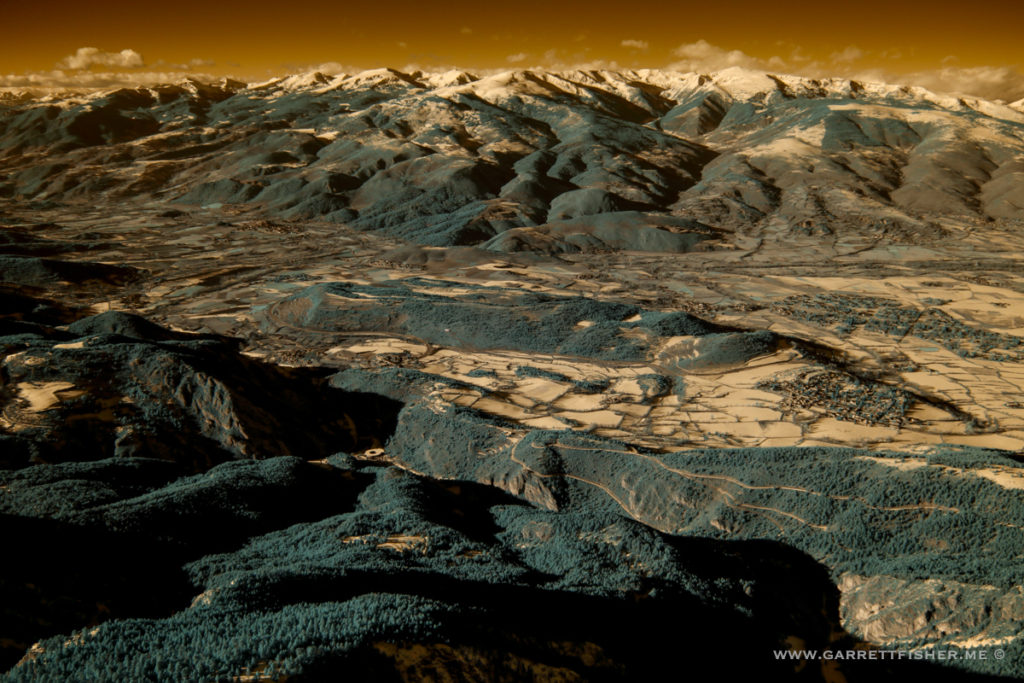 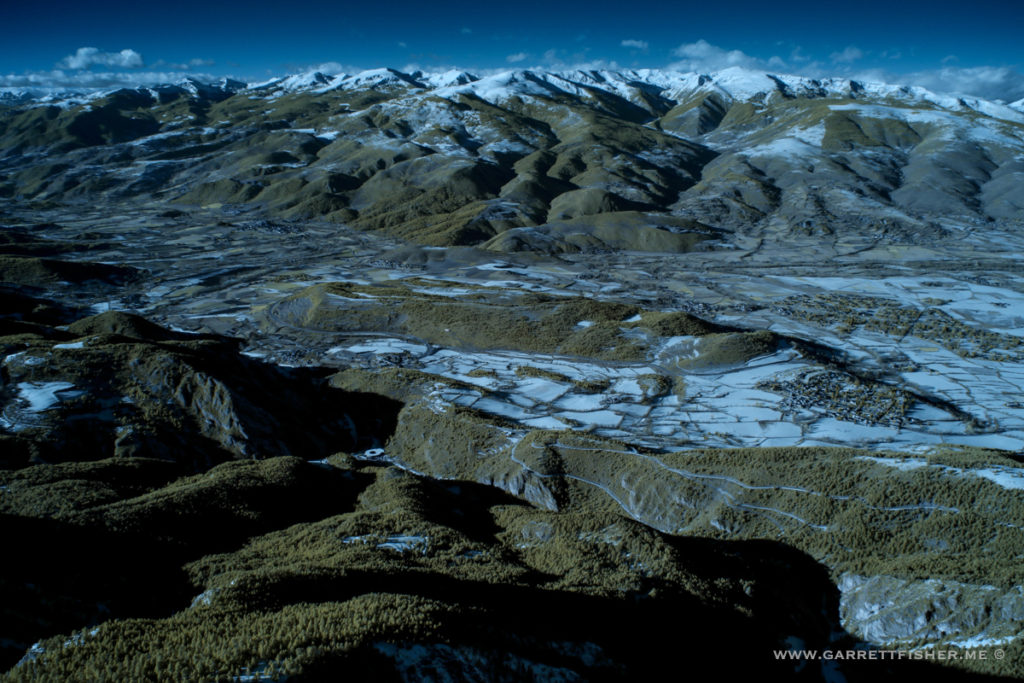 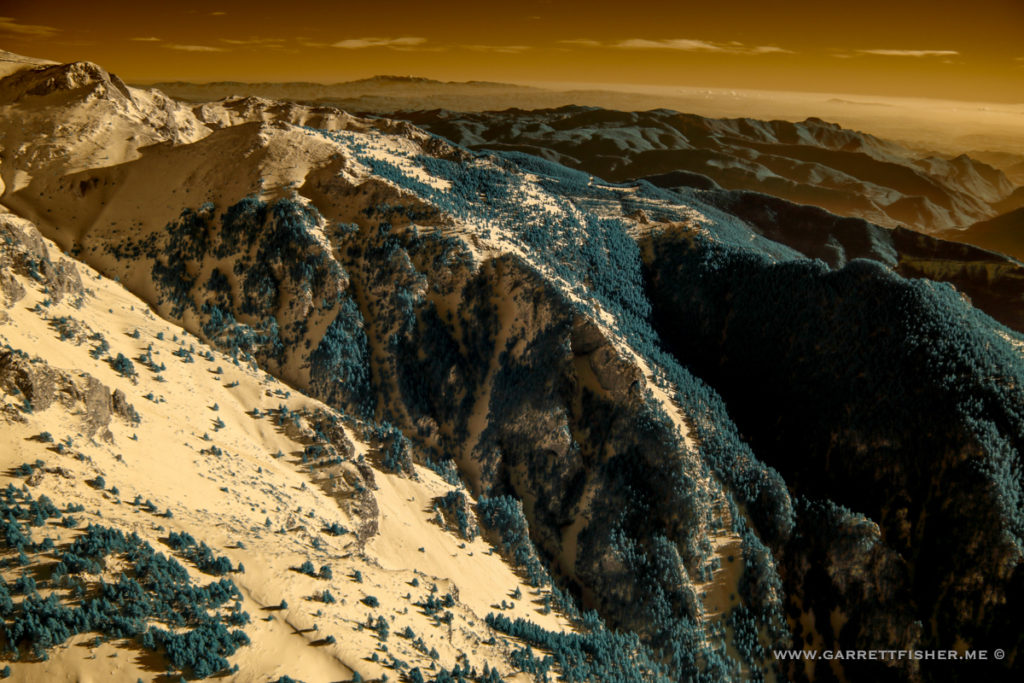 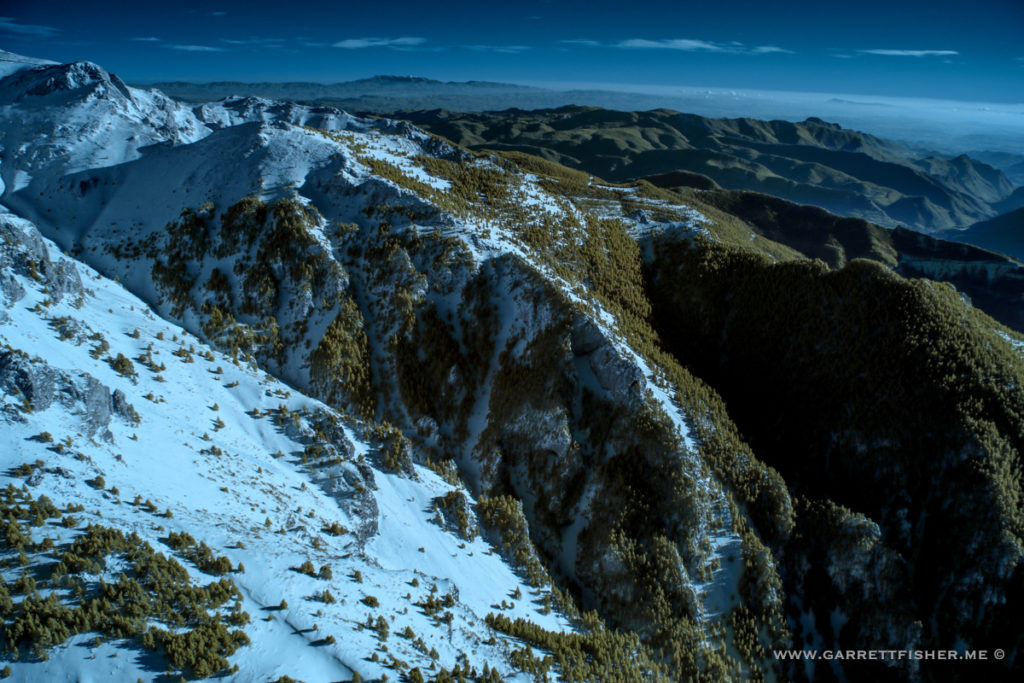 This is self-evidently Cerdanya, so smugly stated after lecturing about the exoticism of unknown locales. 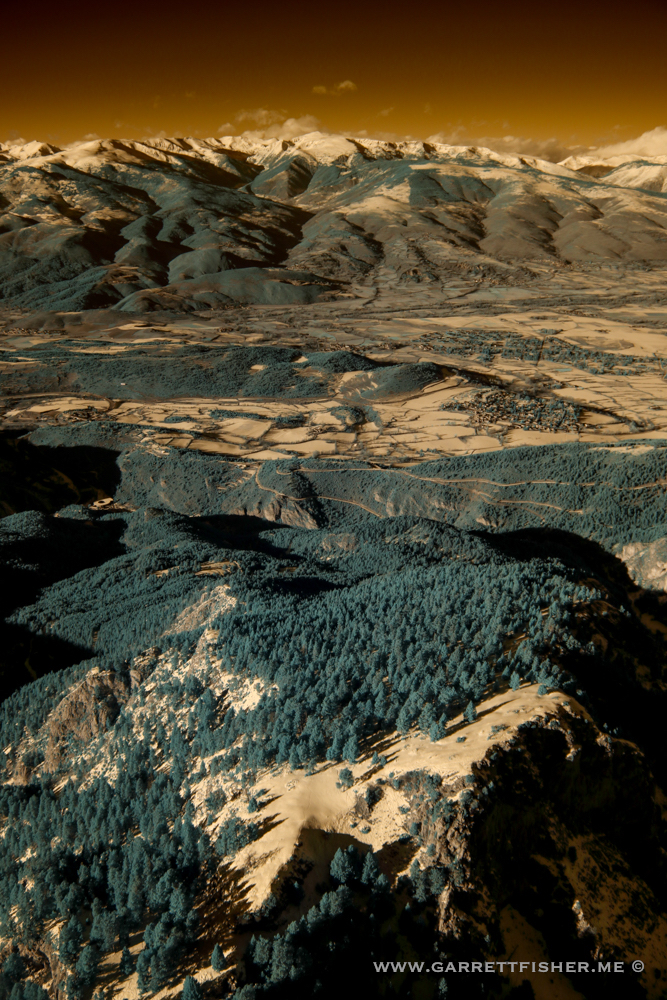 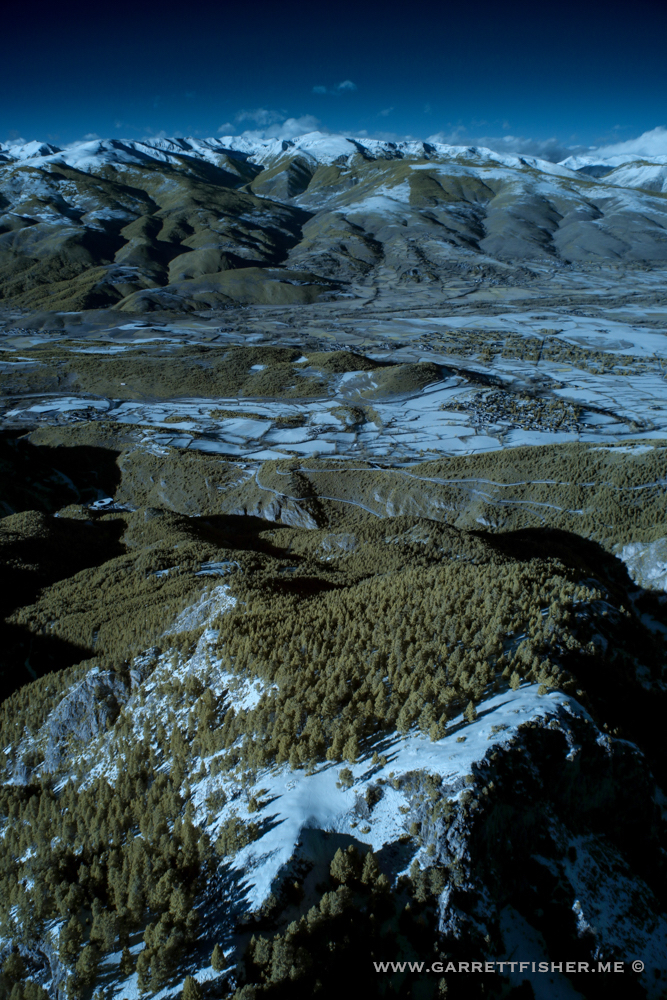 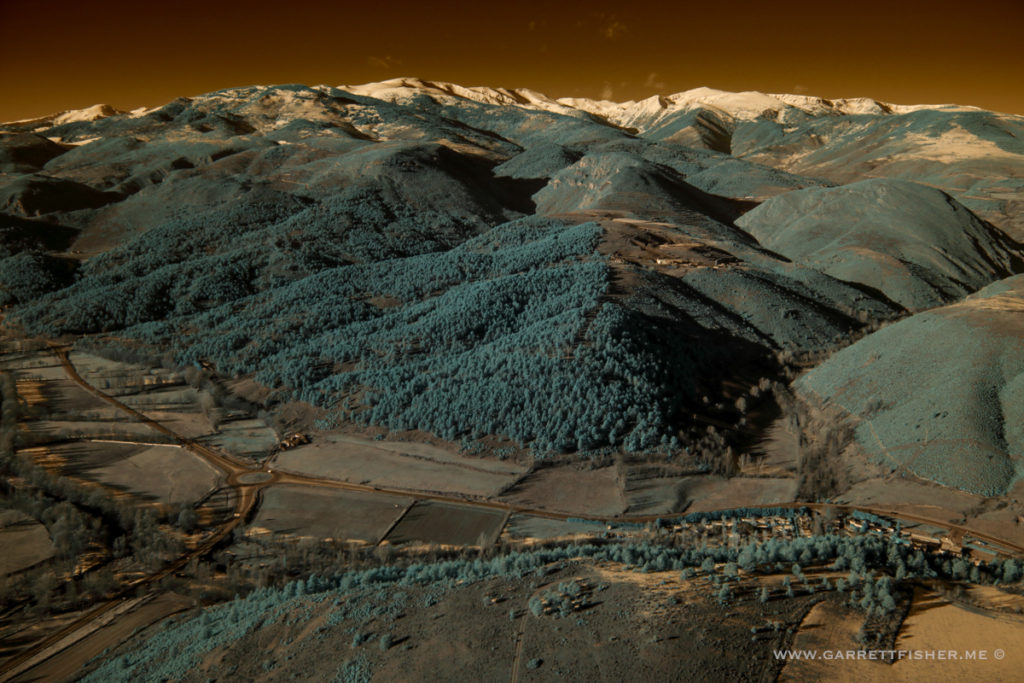 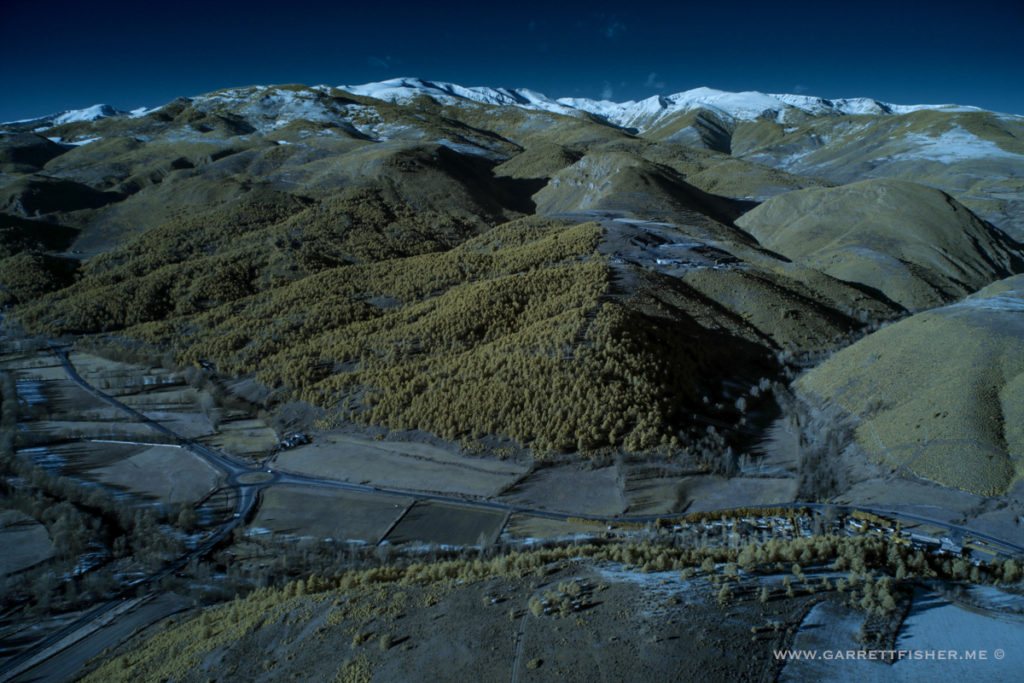 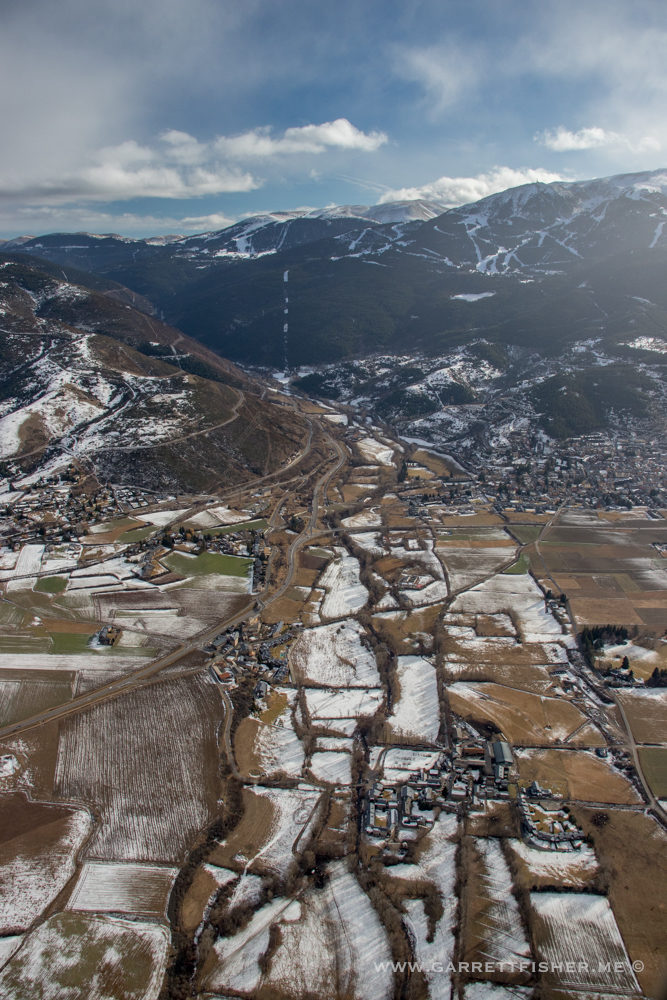 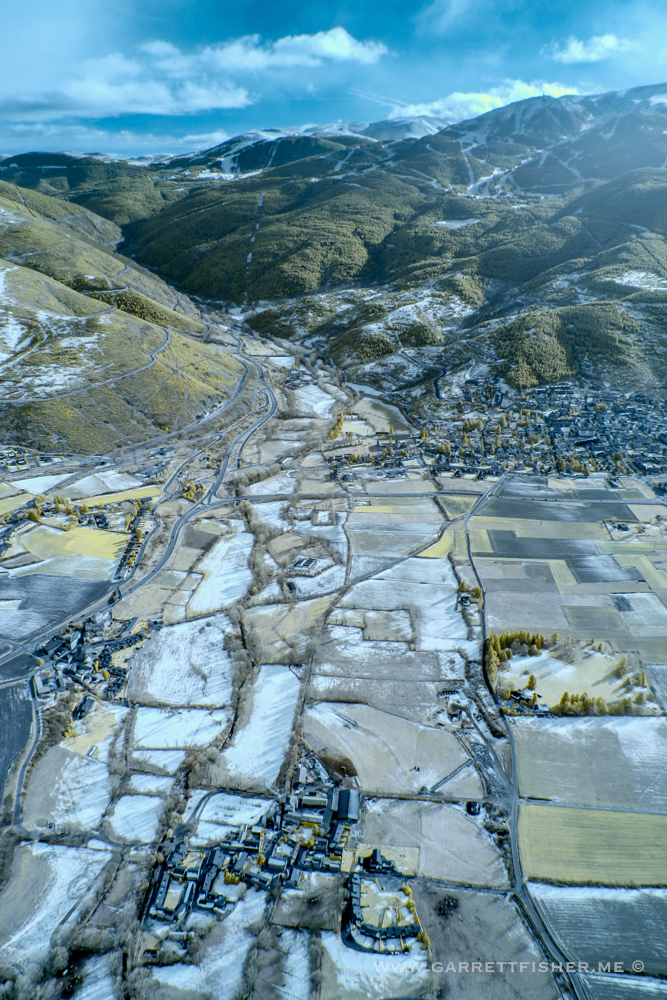 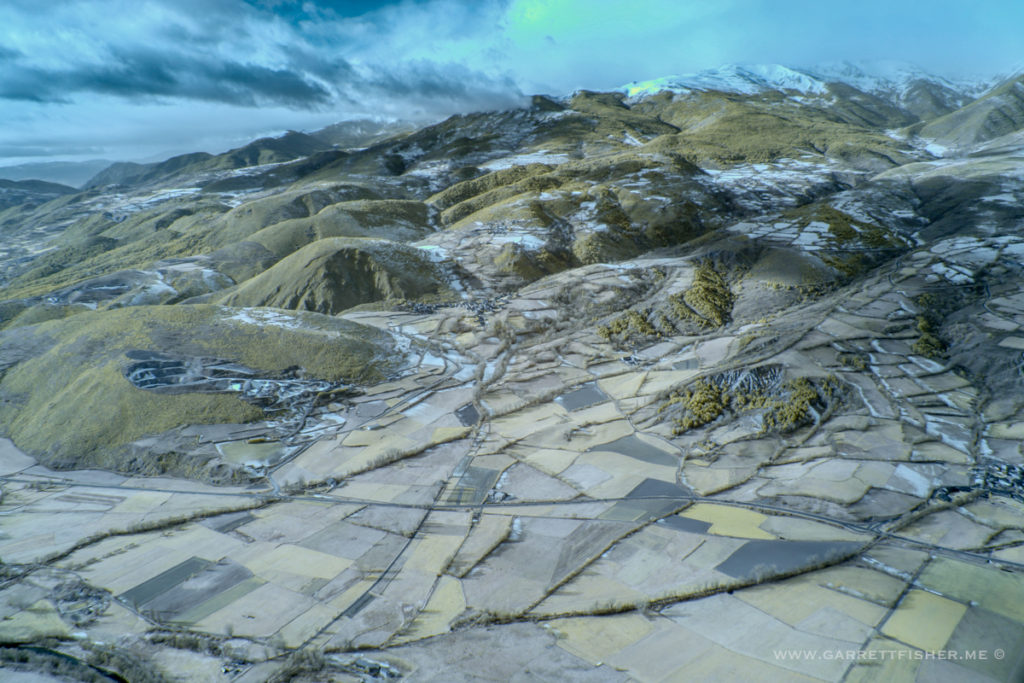 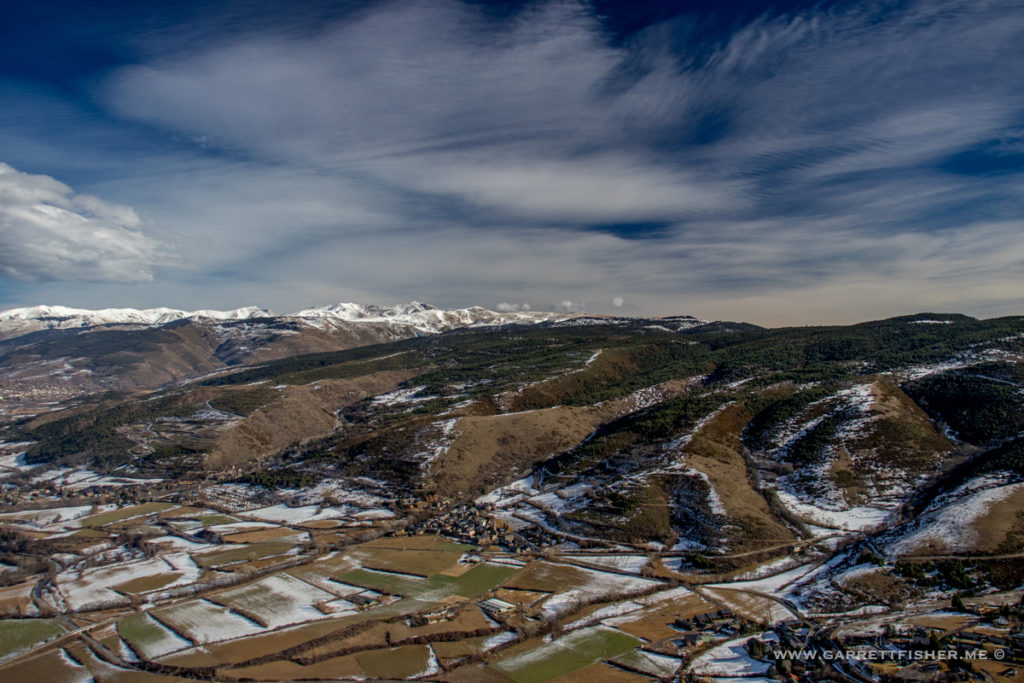 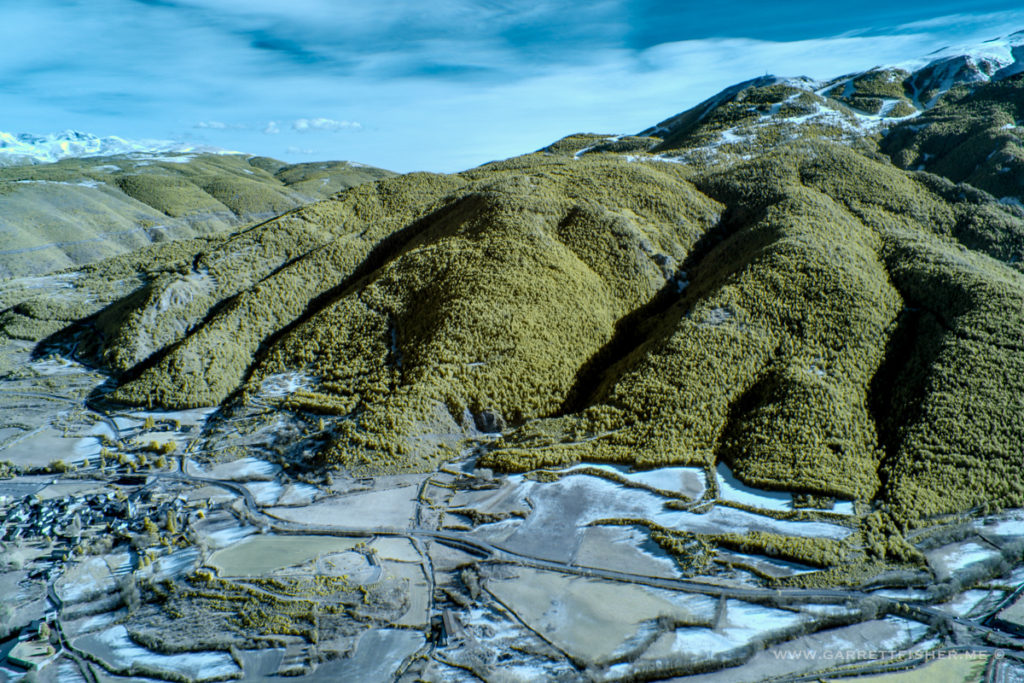 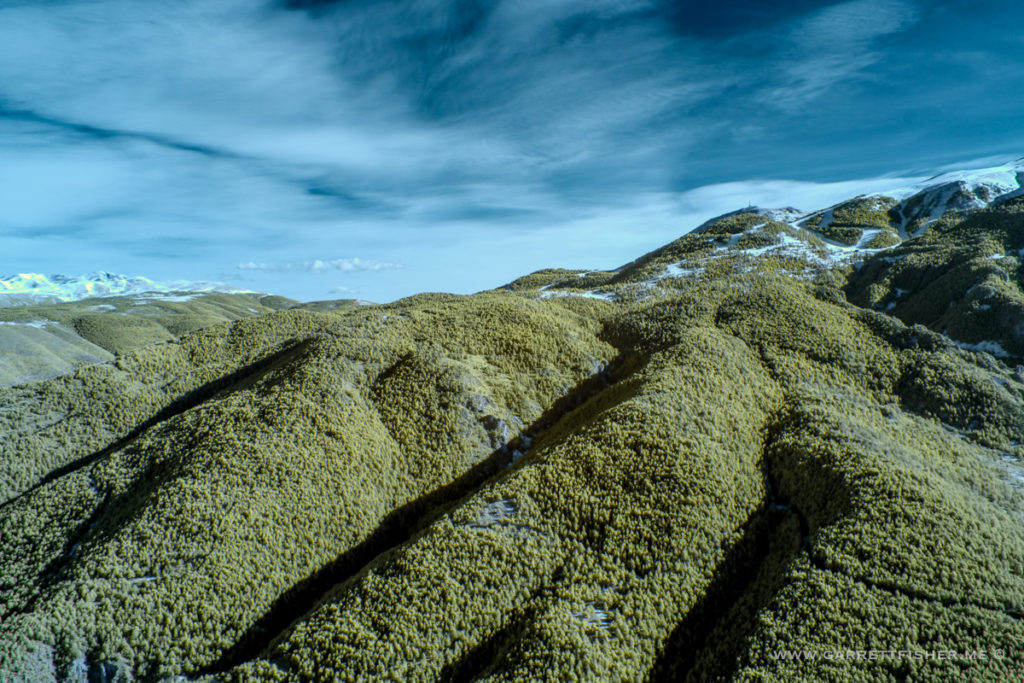 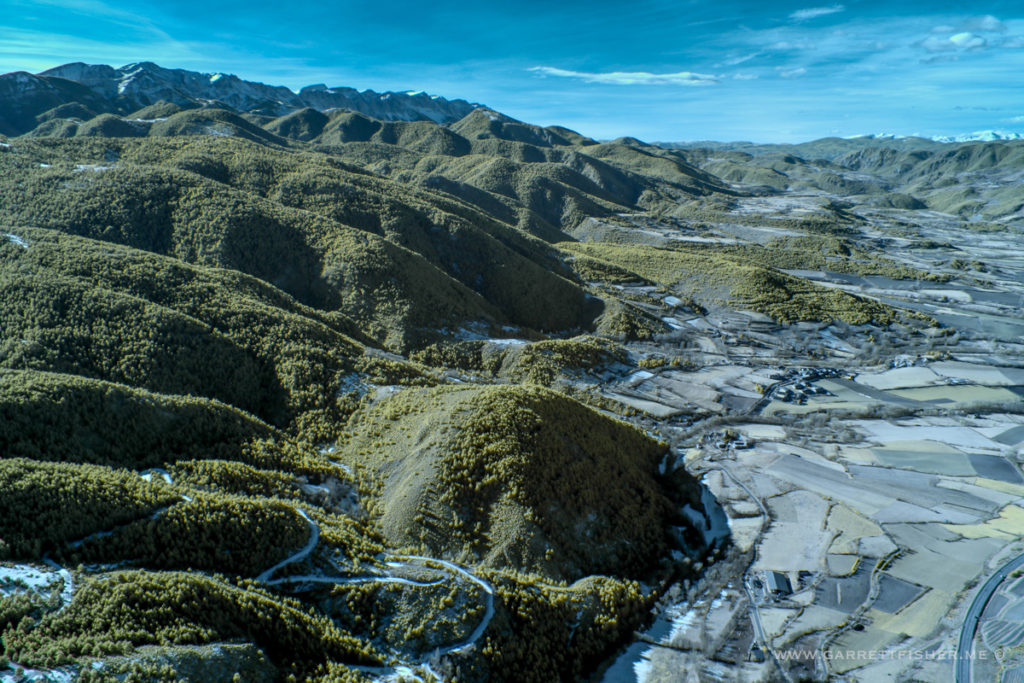 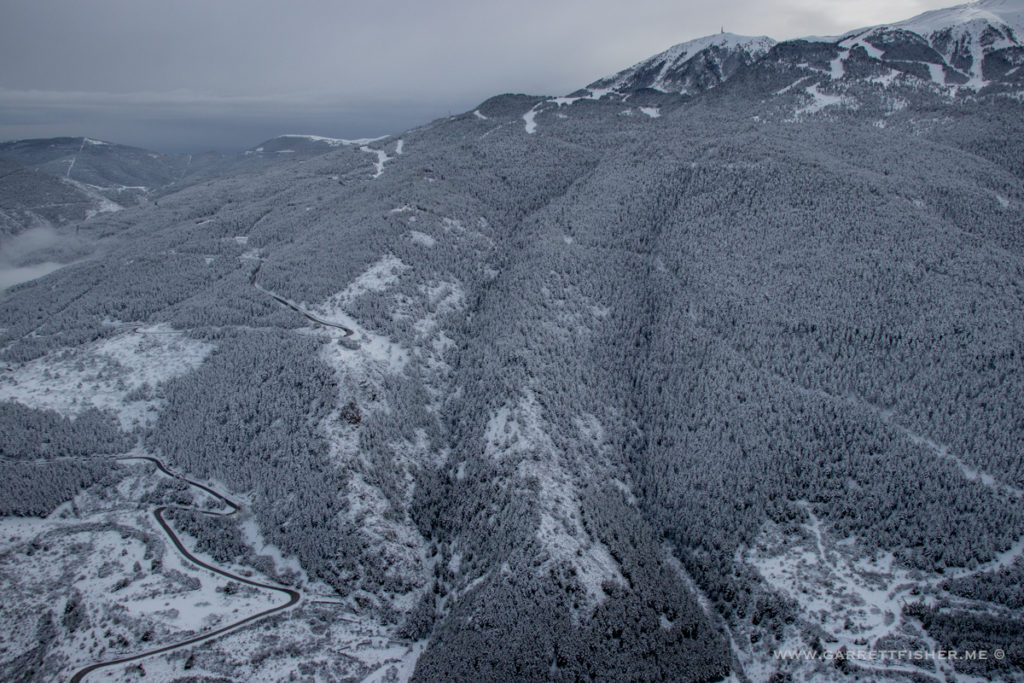 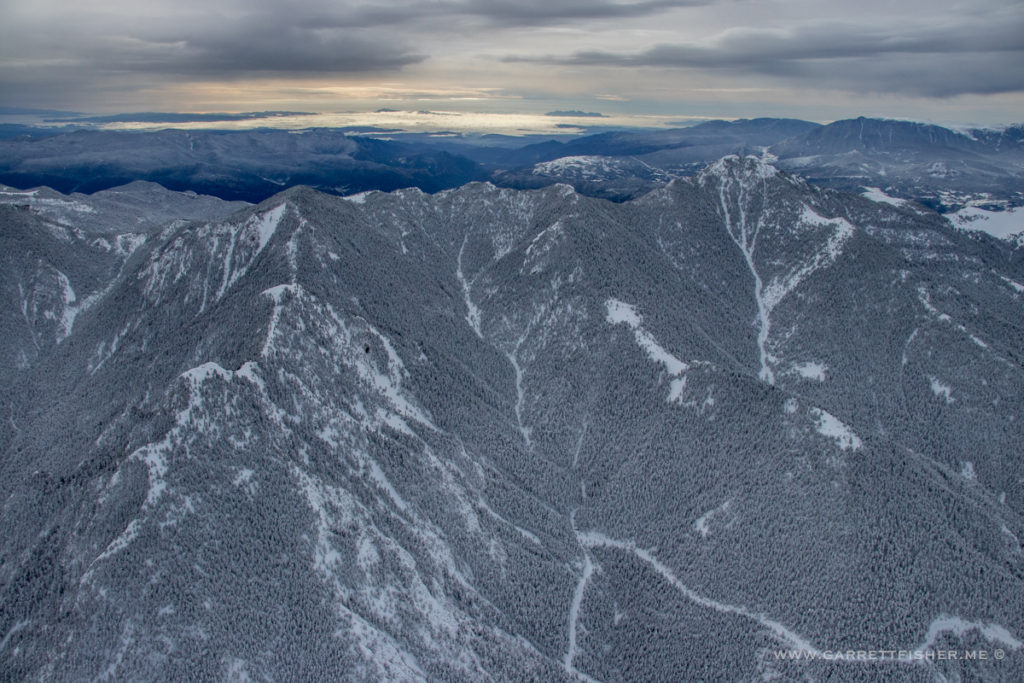 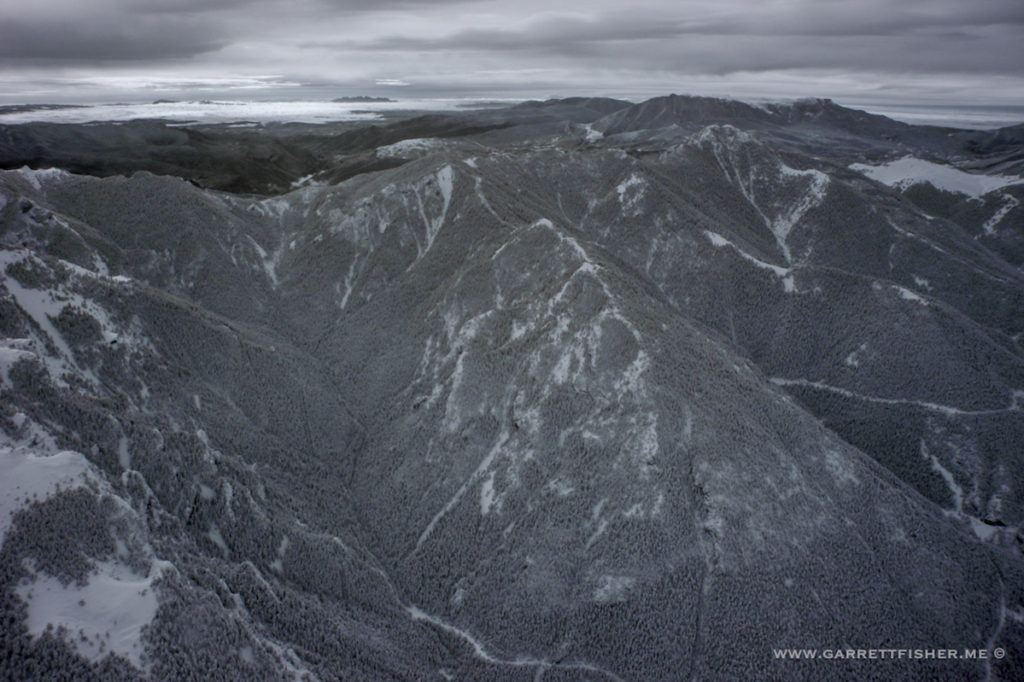