Chronicles of Existential Dread: Volume V: Pissing in the Fountain of Youth

While I spend enough time dismantling the fantasy of travel, it’s time to move on to smashing other dreams. Here in the land flowing with milk and honey, I find that the milk has gone sour and the honey is being swarmed by angry bees. The Promised Land is fatiguing.

It’s not surprising that those who market properties in various Promised Lands present a place as being superior than it is. Economic development organizations do the same thing, as do tourist boards, and in some cases, entire nations that wish to hoodwink foreigners into spending their money (and being taxed) there. The curious thing is not those to whom obvious economic benefit derives from spreading near evangelical enthusiasm about new Promised Lands; rather, it is those who fall for it themselves that presents a mystique.

I cannot claim innocence. This blog is a testament to my completely deluded notion that Germany, the Fatherland, was somehow Jerusalem. We know how that ended, with my tail between my legs as I fled like a wanted fugitive from the police into France and on to Catalunya, only to piss off the locals with my outspokenness. Well, there is that, and the fact a family member did some genetic testing and found out that, well, maybe I am a lot less German than I thought. Poland….how you’ve always enchanted me, you sexy, stubborn, cantankerous, Slavic, pierogie-laden mistress….

The thing is, I haven’t been able to go to a location and not hear someone telling me about how this location now represents the location to which Jesus, or Buddha, or anyone else superlatively divine is going to literally descend from the heavens and turn everything into gold.

I could go on about the psychodynamic motivators behind such confirmation biases, and I don’t want to. Where does that leave me? For one thing, annoyed that there are treasure maps and bread crumb trails to real estate Jerusalems in all directions. On another, my usual sardonic self. And yet curiously on another, driven to decode the rubric’s cube of life and find another way to crack the puzzle. Stay tuned.

In the meantime, here is a glorious flight crossing the Swiss Alps from west to east and back, which is really quite amazing. I would say it’s the Promised Land, except the landing fees are too high.

Serre. Not the Promised Land. 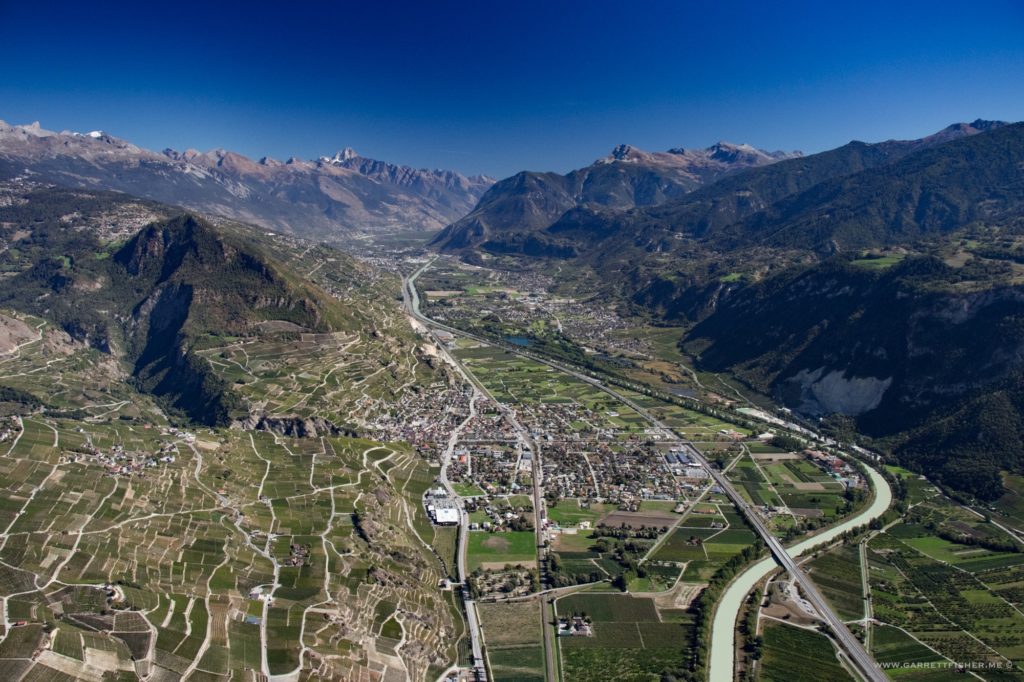 Got shoved close to terrain to avoid the Swiss military, which was shooting armaments into the air. I love how neutral and peaceful Switzerland is. 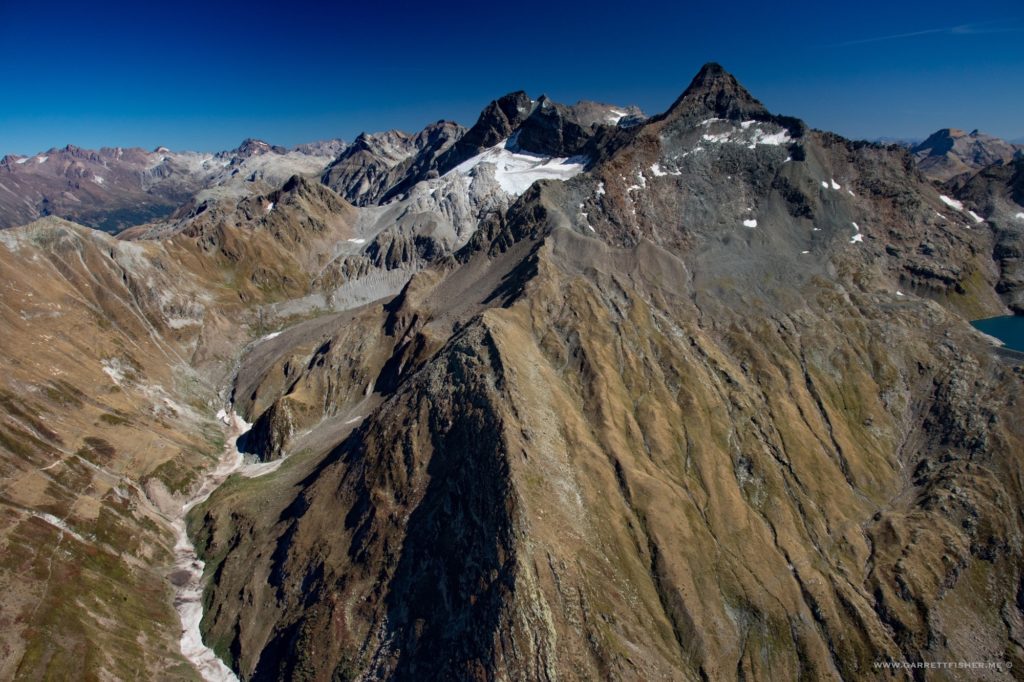 Italy. Definitely not the Promised Land. 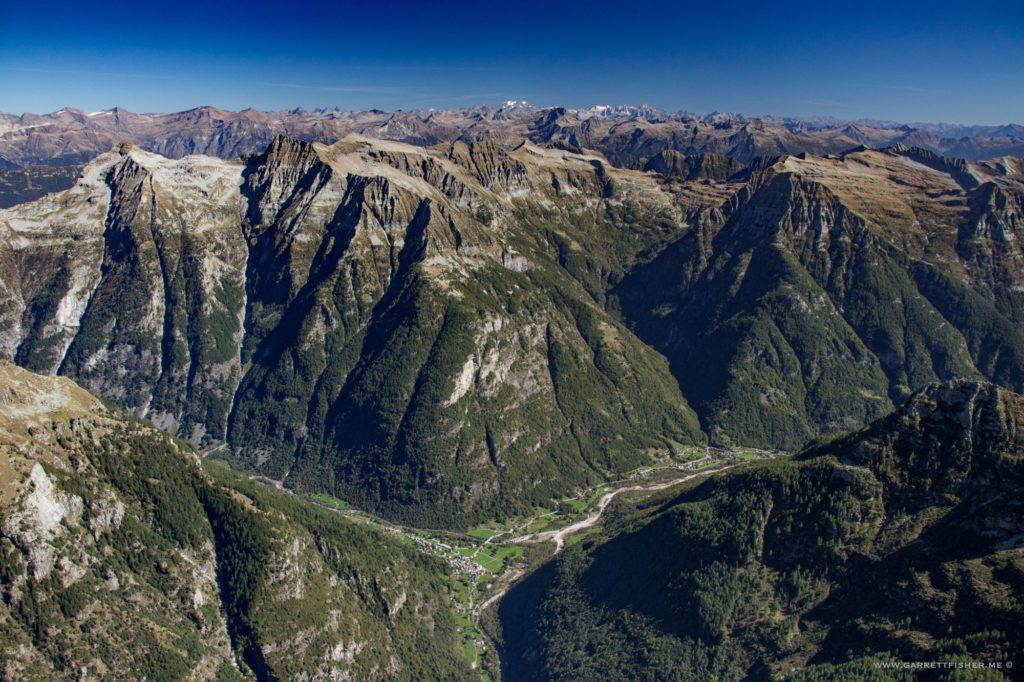 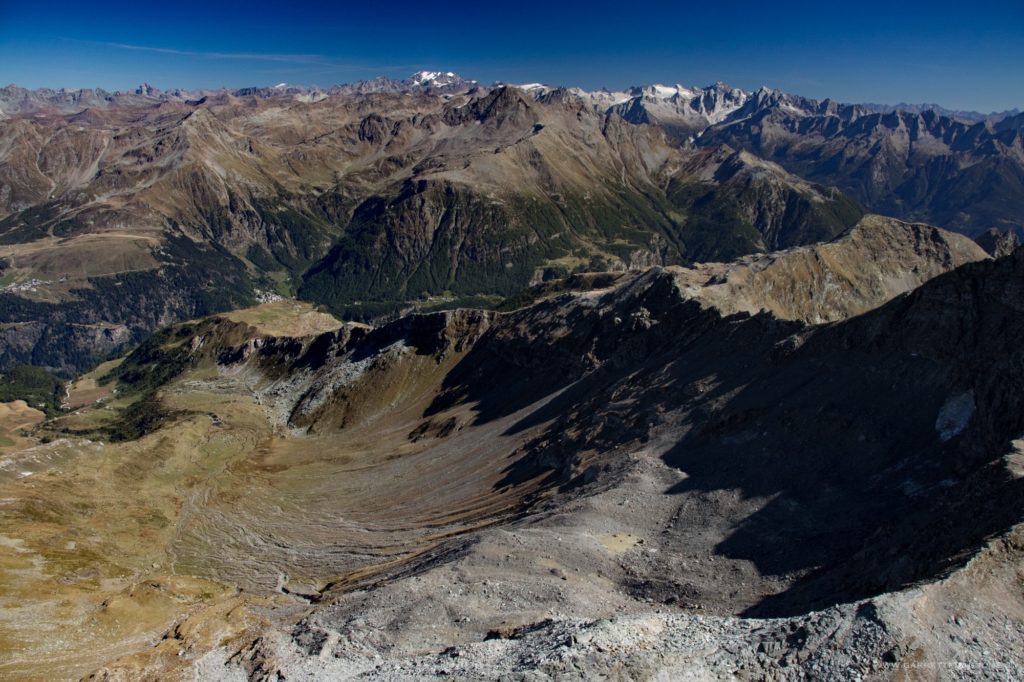 Back in Switzerland. Vadret de la Sella. Italian border is on the other side of the peak. 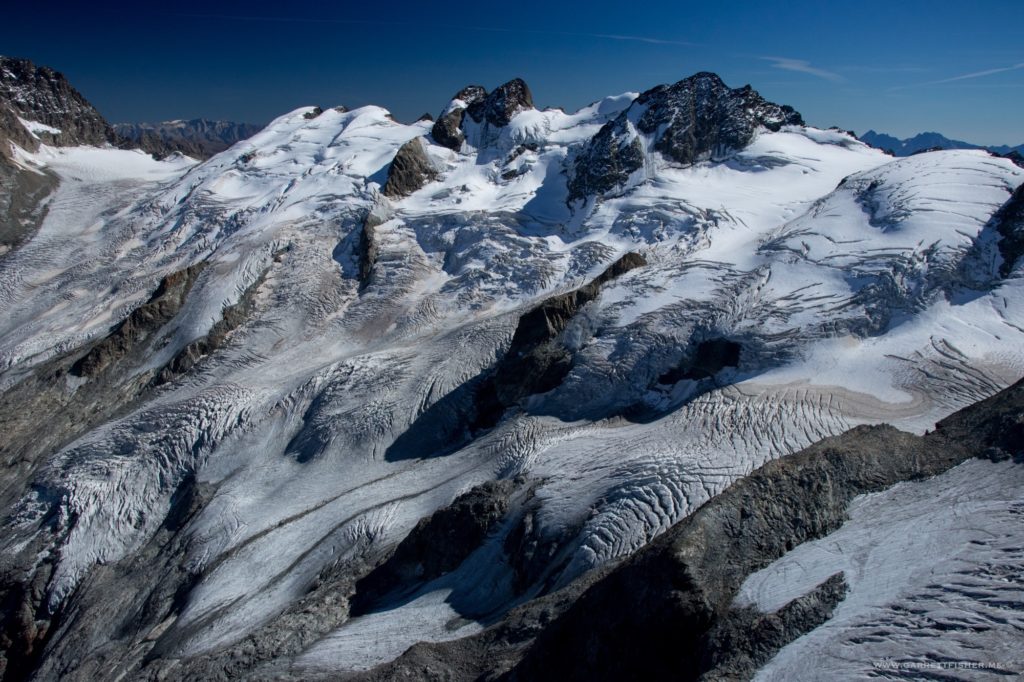 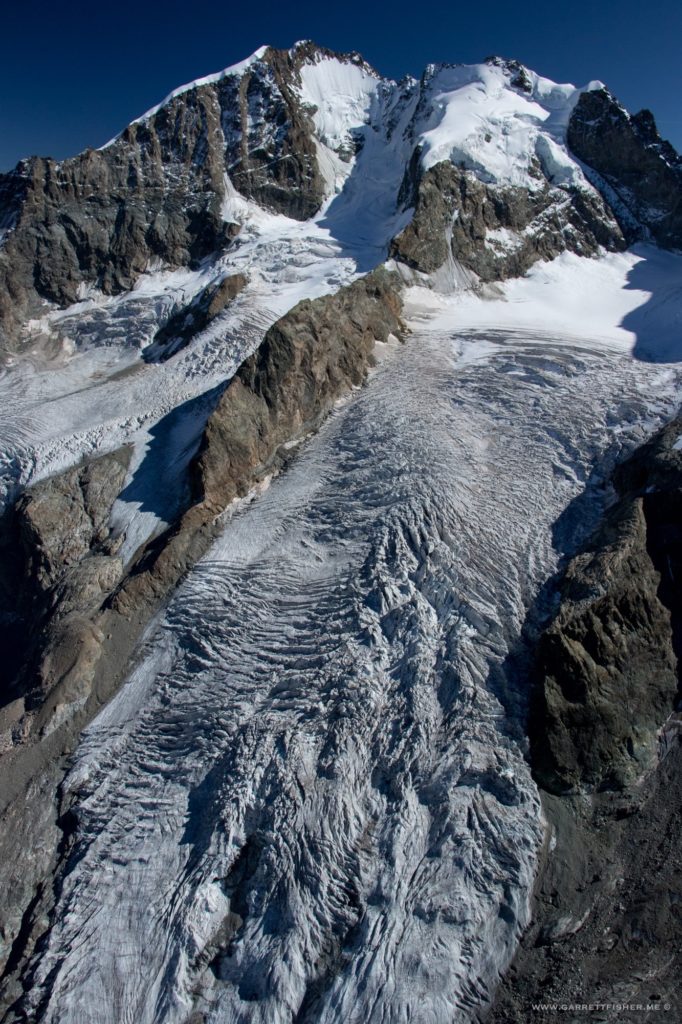 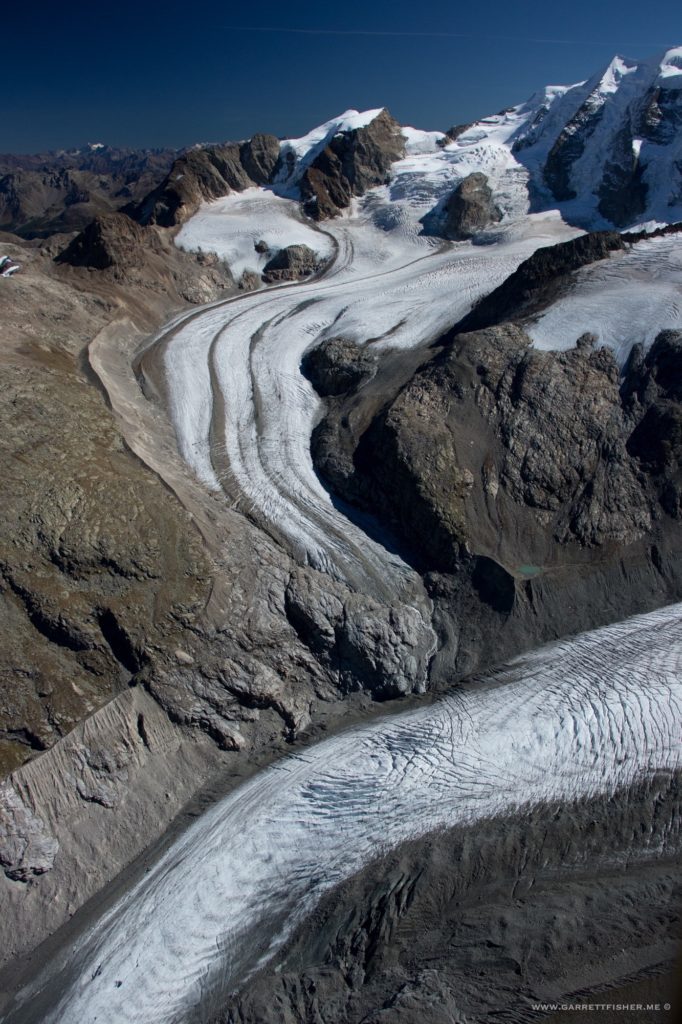 St. Moritz. It would be the Promised Land, had the Russians not invaded and made it the most expensive Alpine destination in the whole of the Alps! 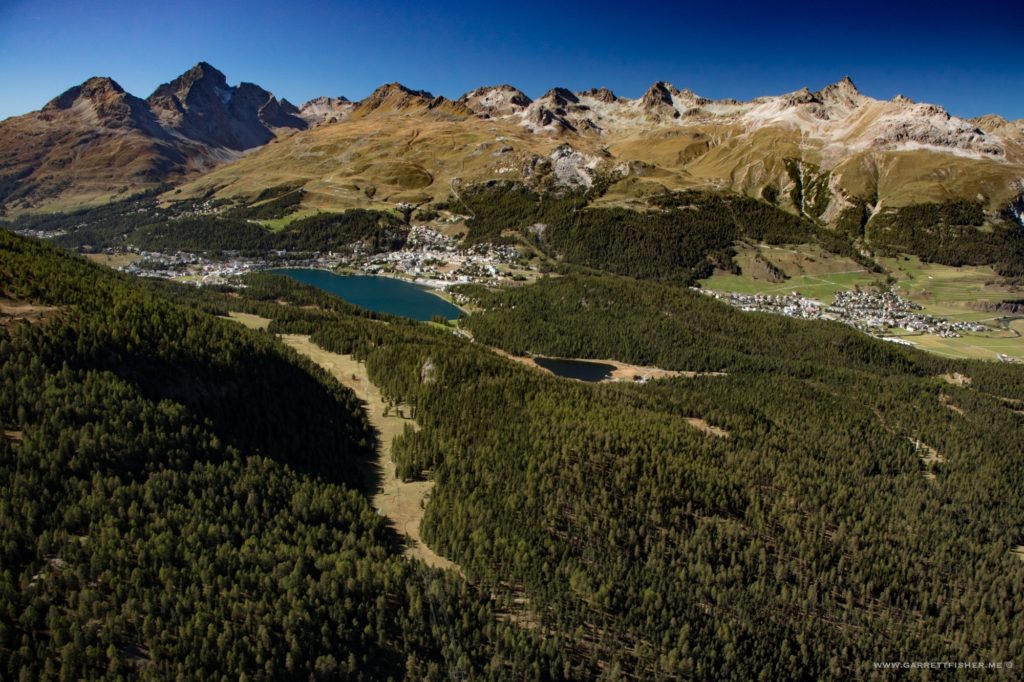 Taking off from the highest airport in Europe. I do like the place….. 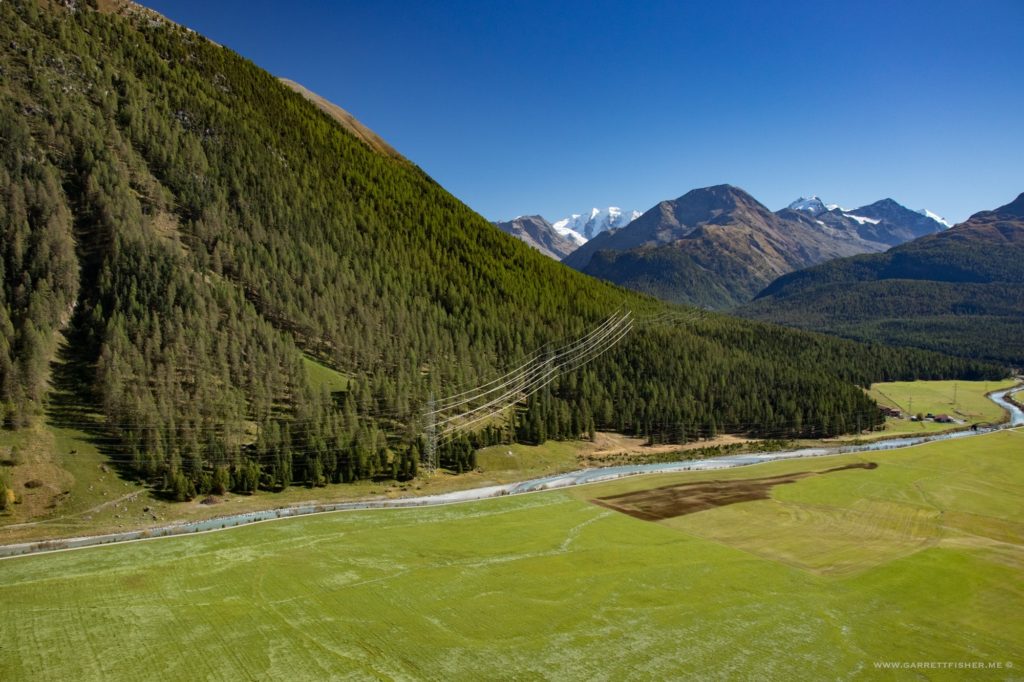 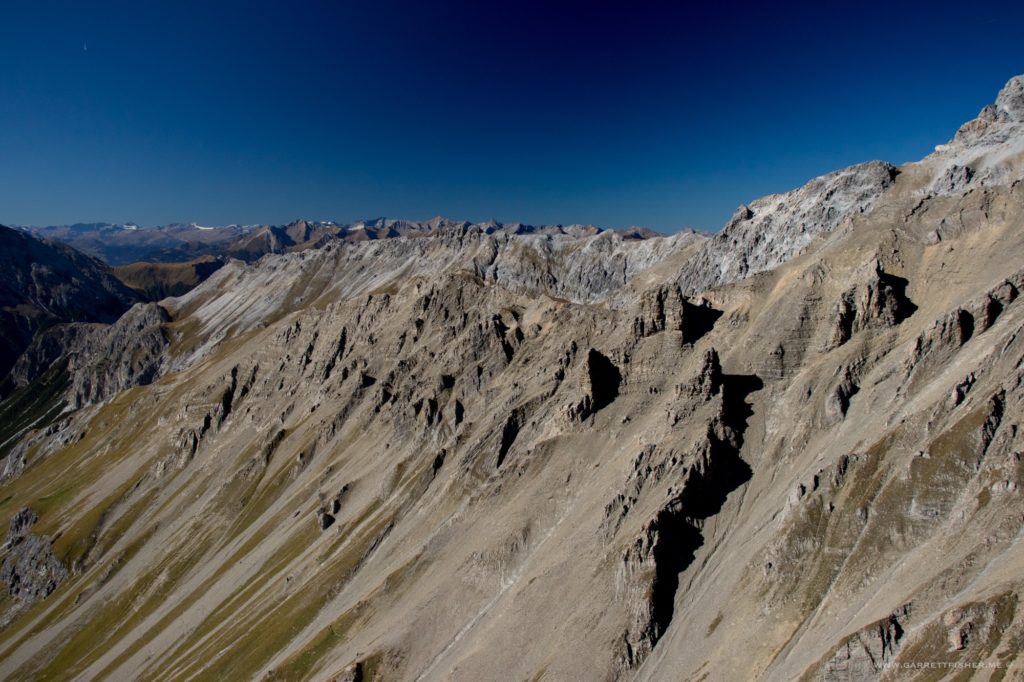 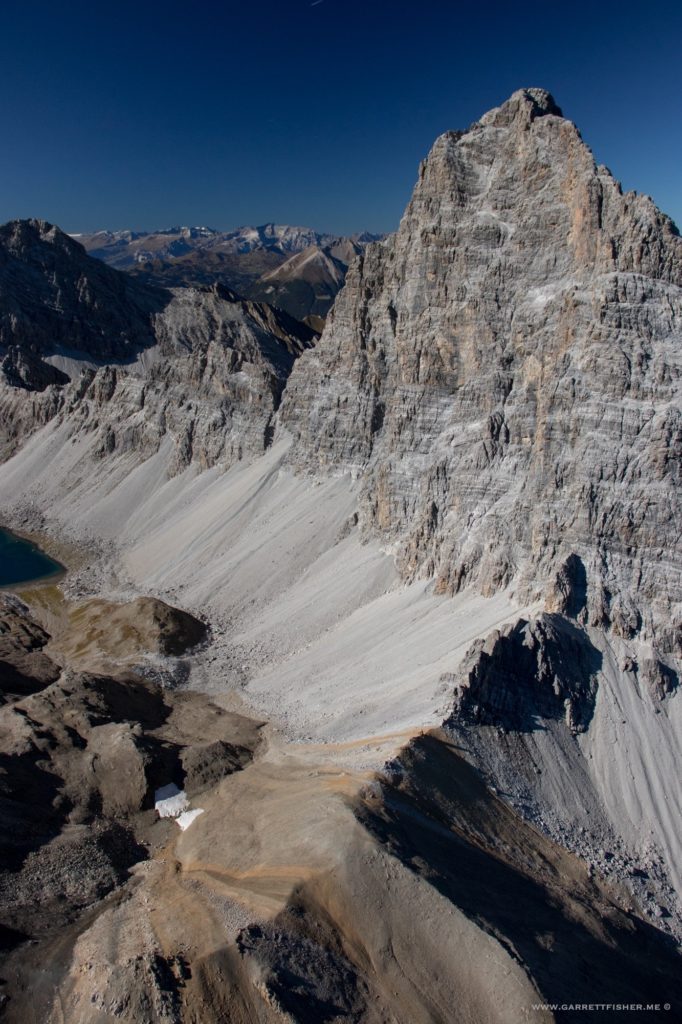 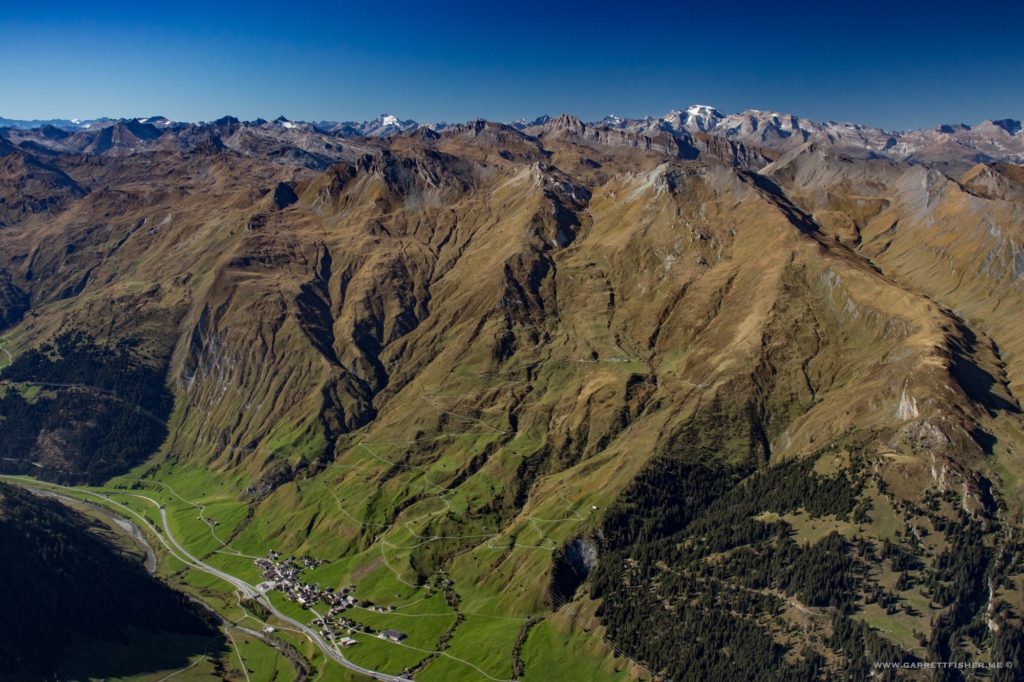 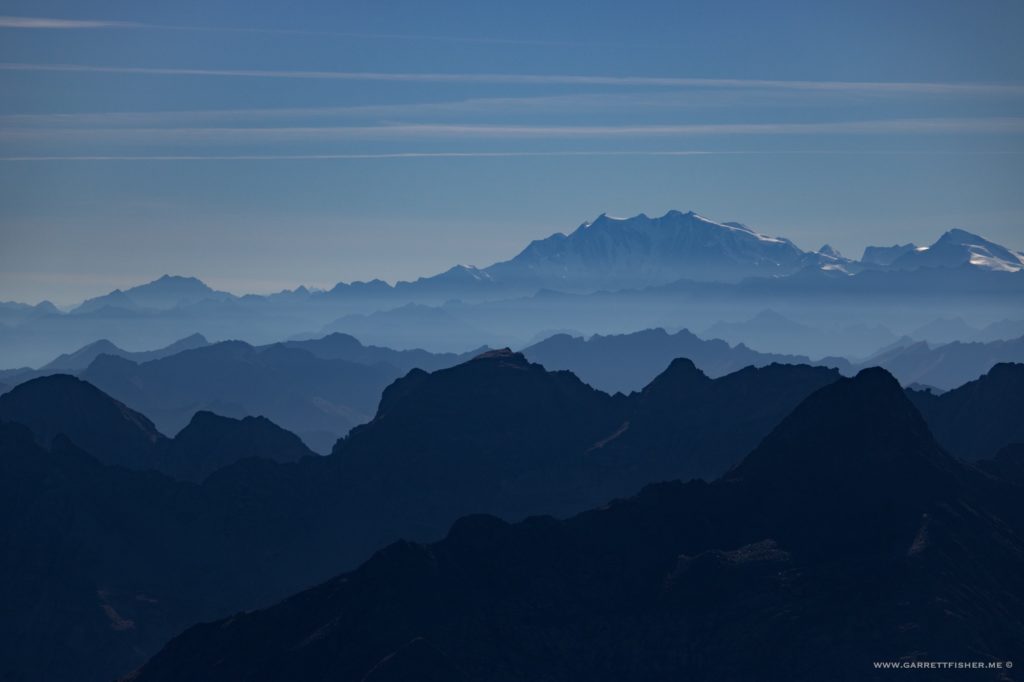 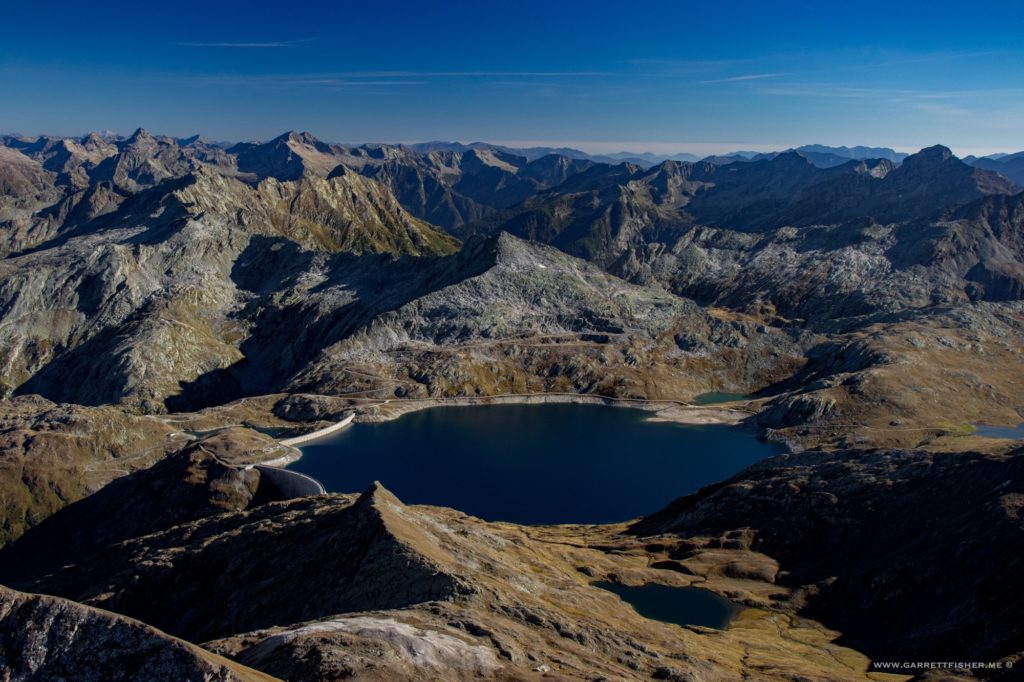 Passo Della Novena, Switzerland. They speak Italian on this side, and German on the other. 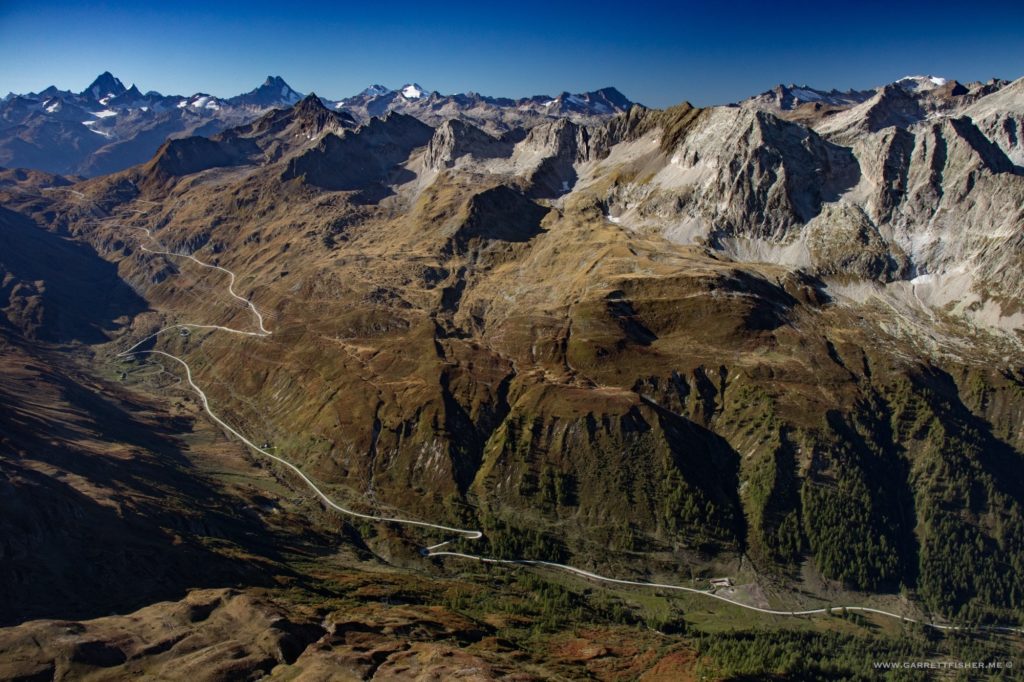 Landschaftspark Binntal. Clearly I have crossed over to the dark side where German is spoken. Textures are nice. 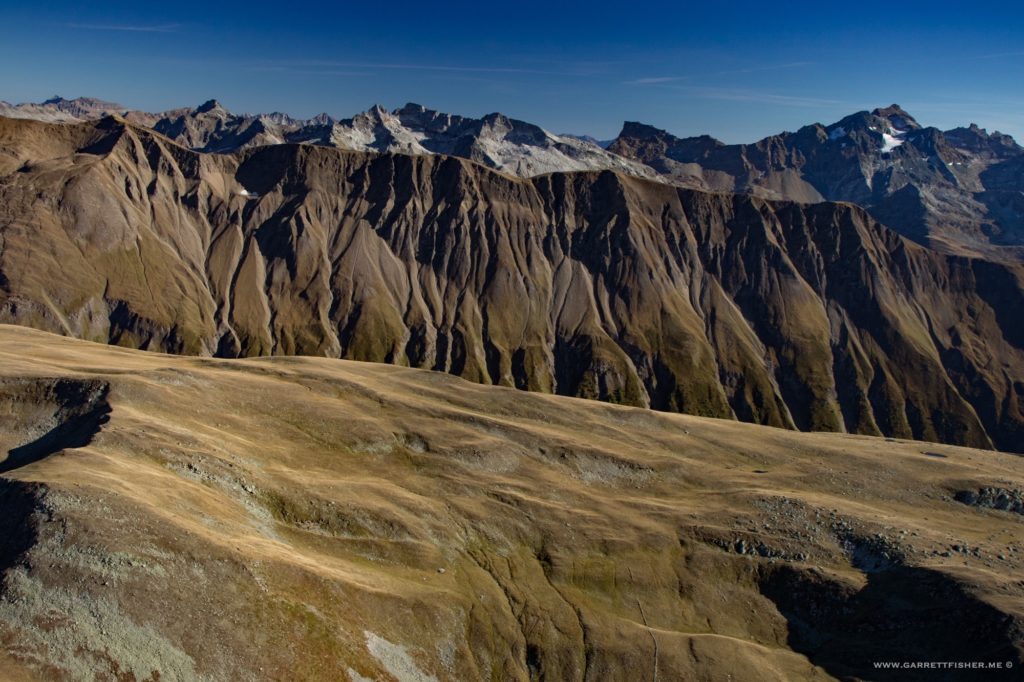 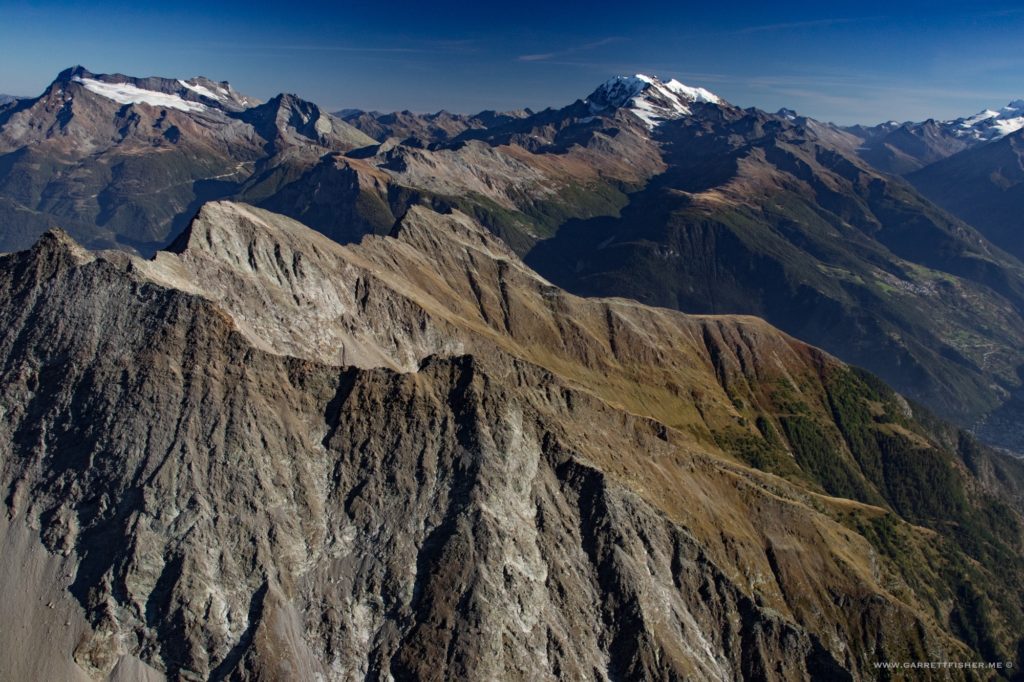 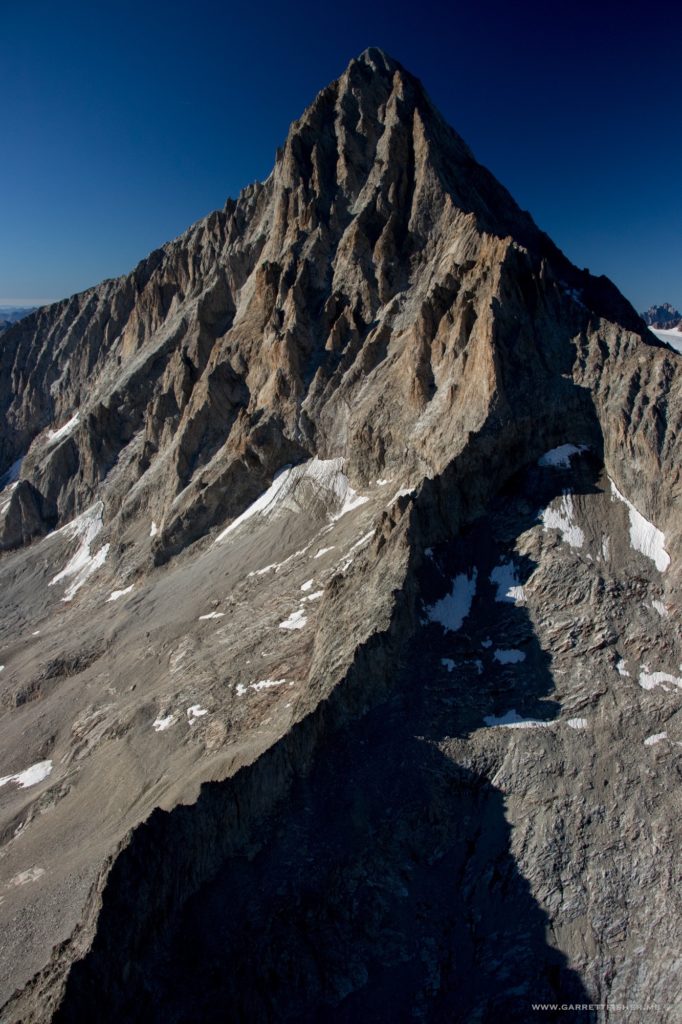 Joligletscher. We visited a village on the other side, they had these abominable snowman looking dolls on the shelf of a restaurant, and we asked what they were about. The guy explained that there was a legend that, back when the glacier filled the entire valley, these people from a nearby village crossed the massive glacier and killed everyone in the other village. Very nice light lunch conversation. I further find it enthralling that it is memorialized into children’s toys. The guy then changed the subject to bemoaning that the [neutral, peaceful] Swiss Parliament had just voted to allow the manufacture and export of some egregious armaments. 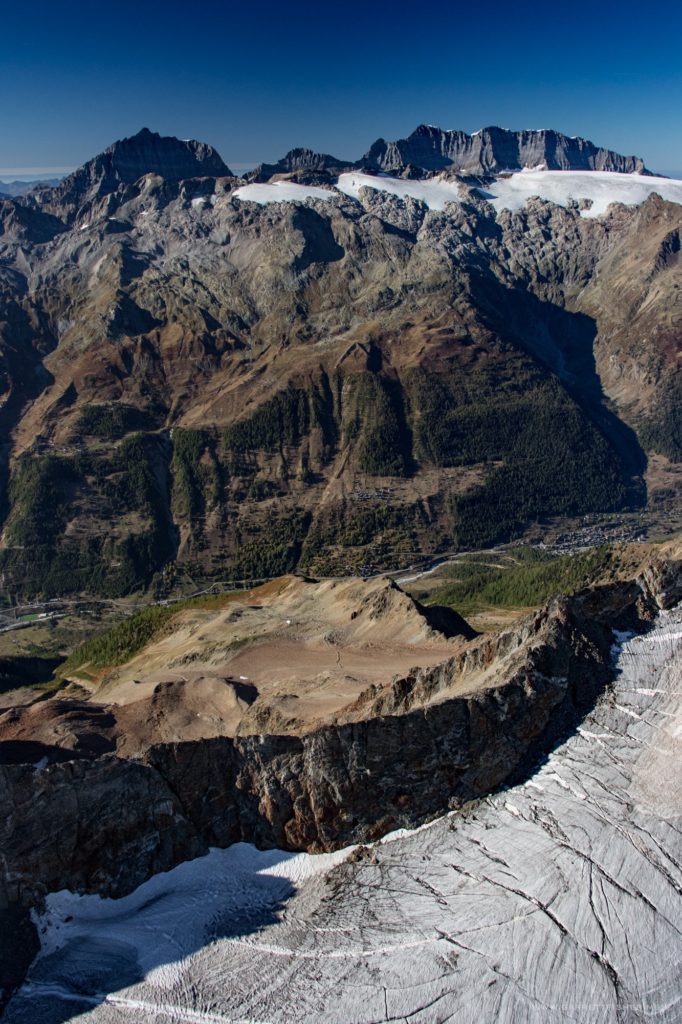 Getting close to where French is spoken. 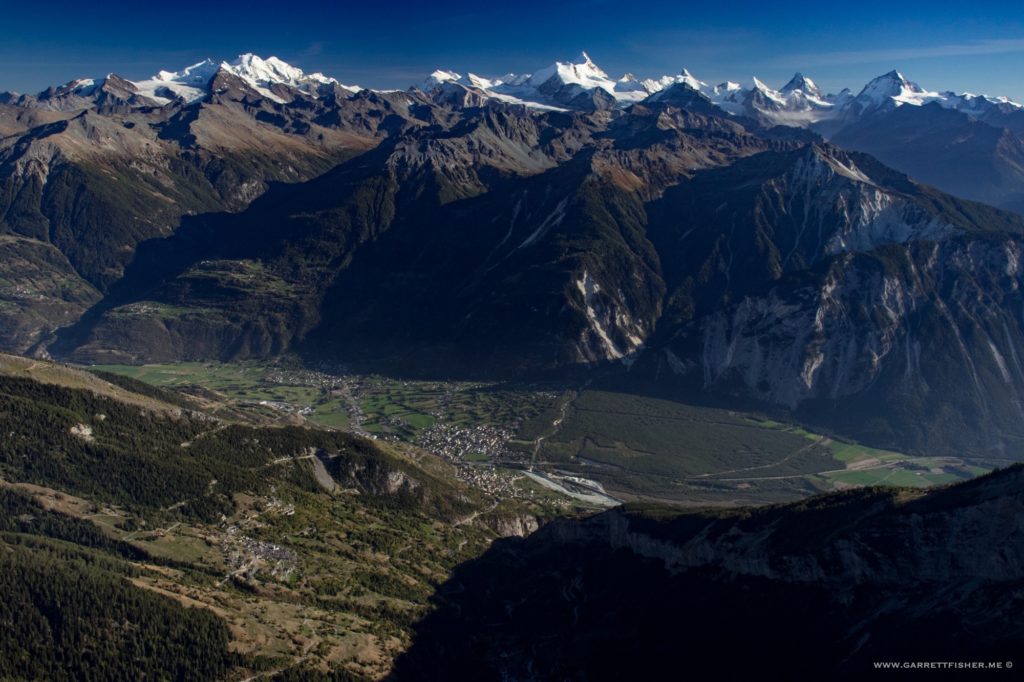 That cloud is dust from a rockfall. 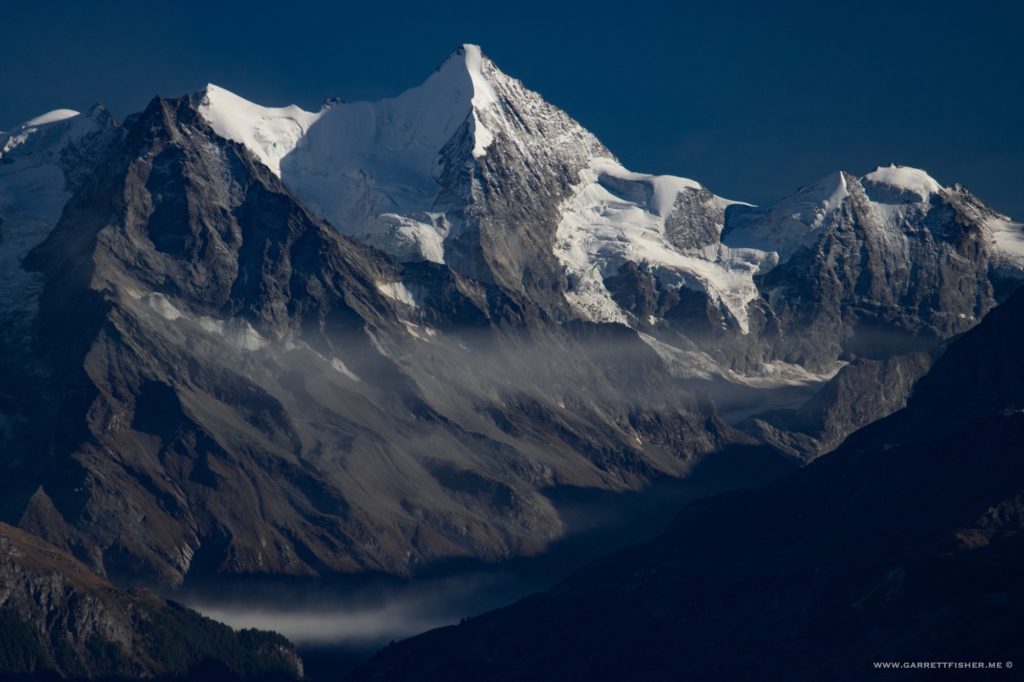 Mt. Blanc is something of a personal achievement. I had been planning for it since the notion of moving to Germany materialized in 2015, and it hasn’t escaped my notice in the intervening time period. Prior flights in Switzerland showed I could get pretty close to the summit, though always from below and on the north side. Summer clouds, restricted areas in France, wind conditions, and summer heat meant I couldn’t quite get it up.

I finally took a shot at the nefarious south side, in Italian airspace, hoping to catch some rotors. I got most of the way, though not enough, and went home dismayed. Then I talked to a Swiss pilot, who looked up the French restricted area, only to find out that it restricts ultralights and gliders in July and August. So there basically is no restricted area for my aircraft type. In the USA, a restricted area is pretty much black and white: its restricted or not. The French version is more nuanced.

With that problem out of the way, I made another shot at it after a flight to Gran Paradiso in Italy. Coming over a cloud from the south side, I caught favorable winds, and up we go….16,000 feet, just enough to sneer at the summit beneath, though not quite enough to beat my [at the time] altitude record of 16,300’. After three years of fantasizing, it has been accomplished!

The approach to Mont Blanc looks like this. Roughly 10,500′. 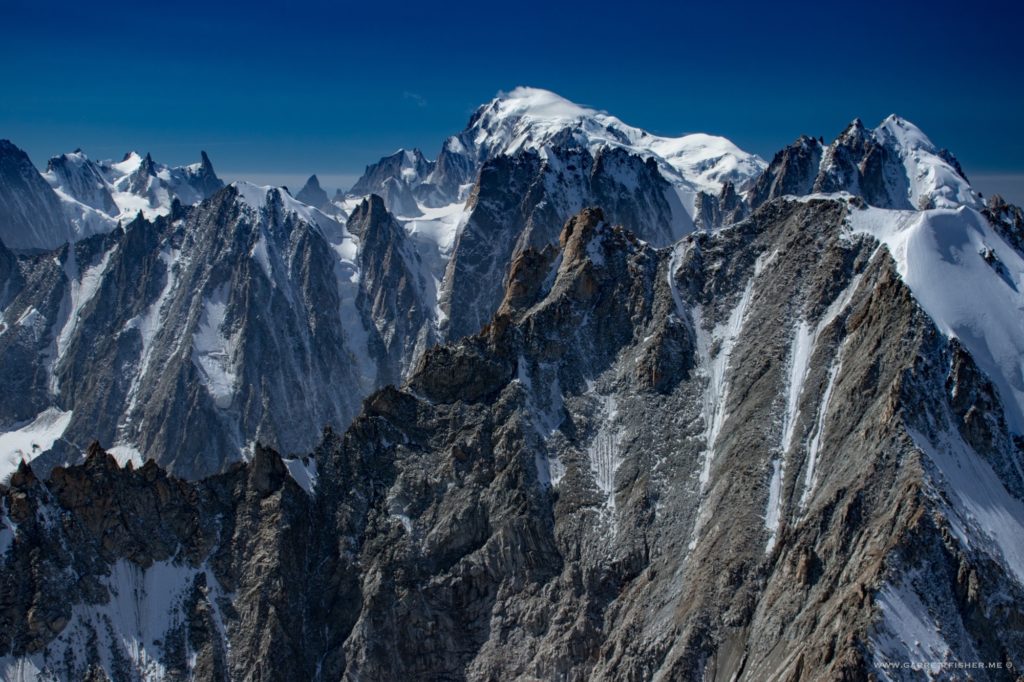 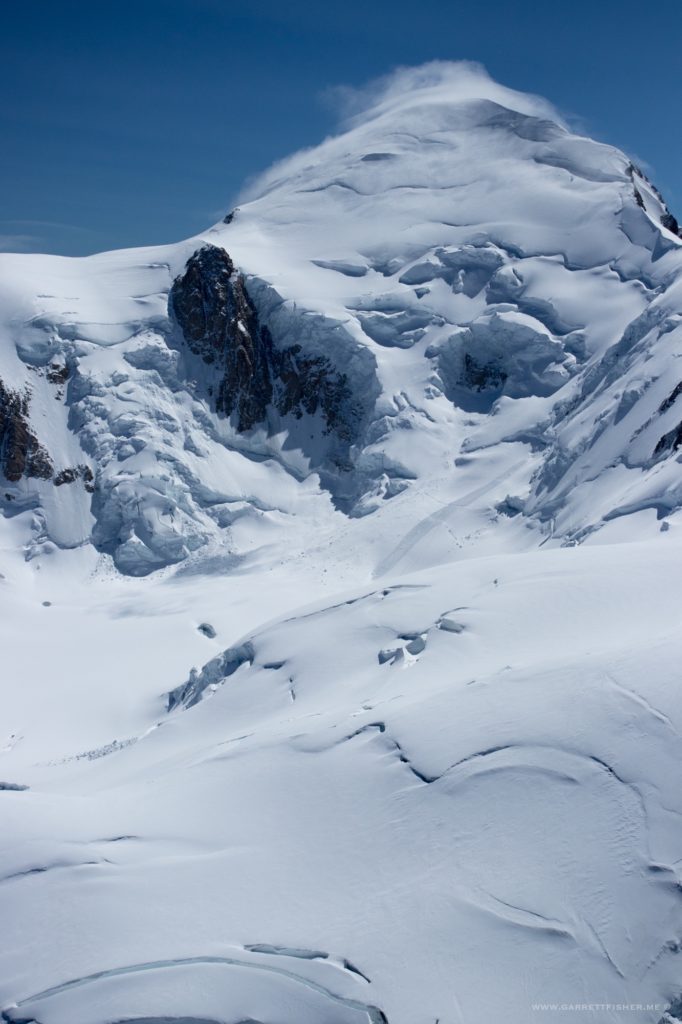 Better, yet a bit repetitive. 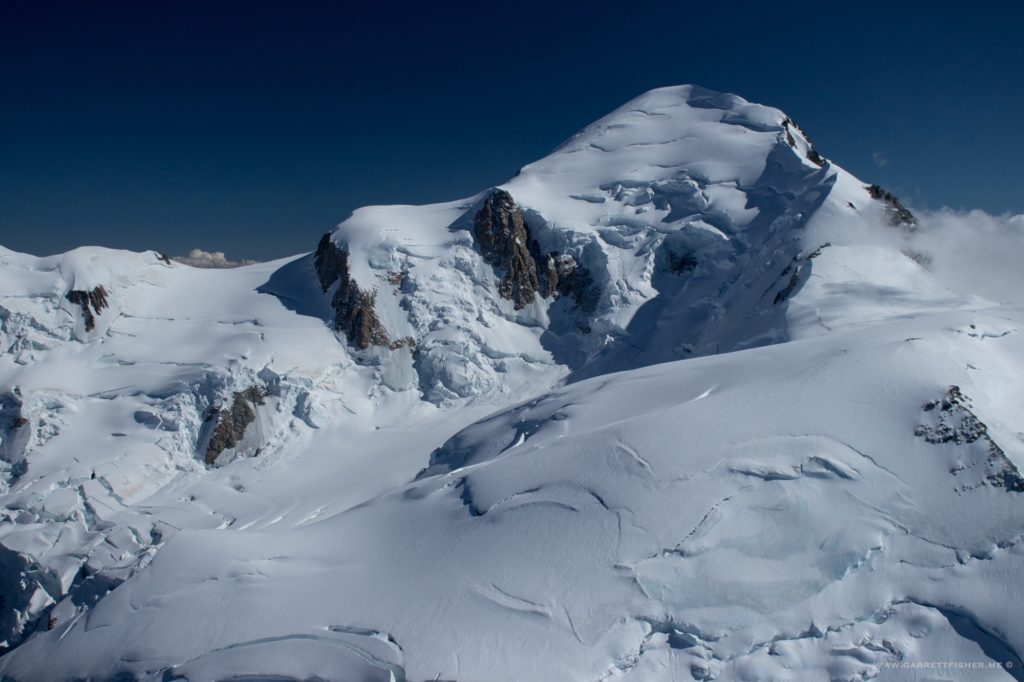 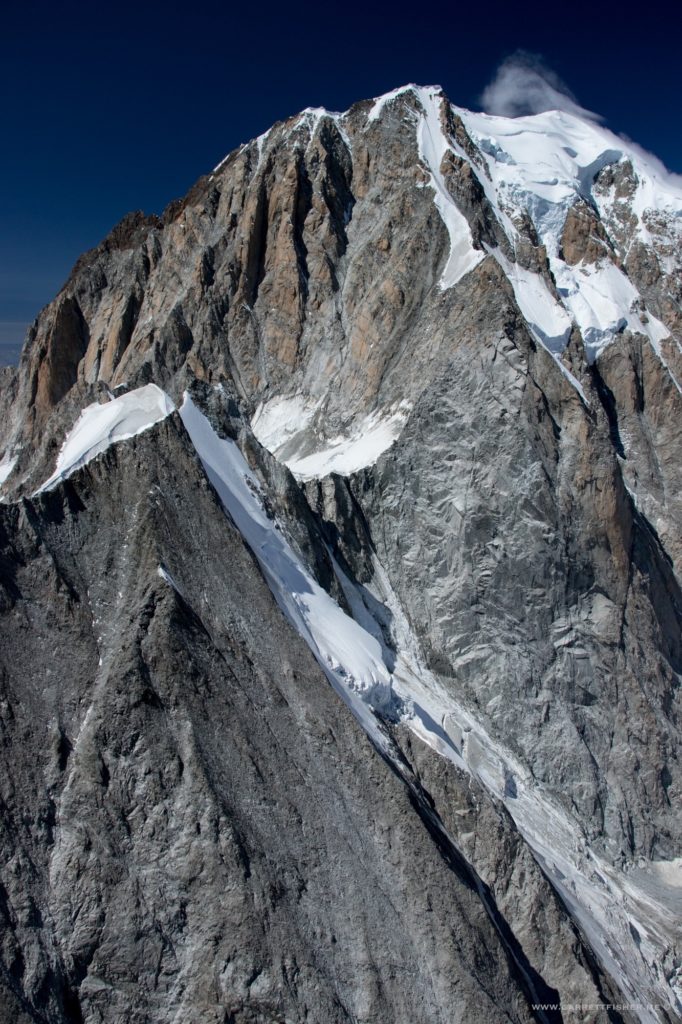 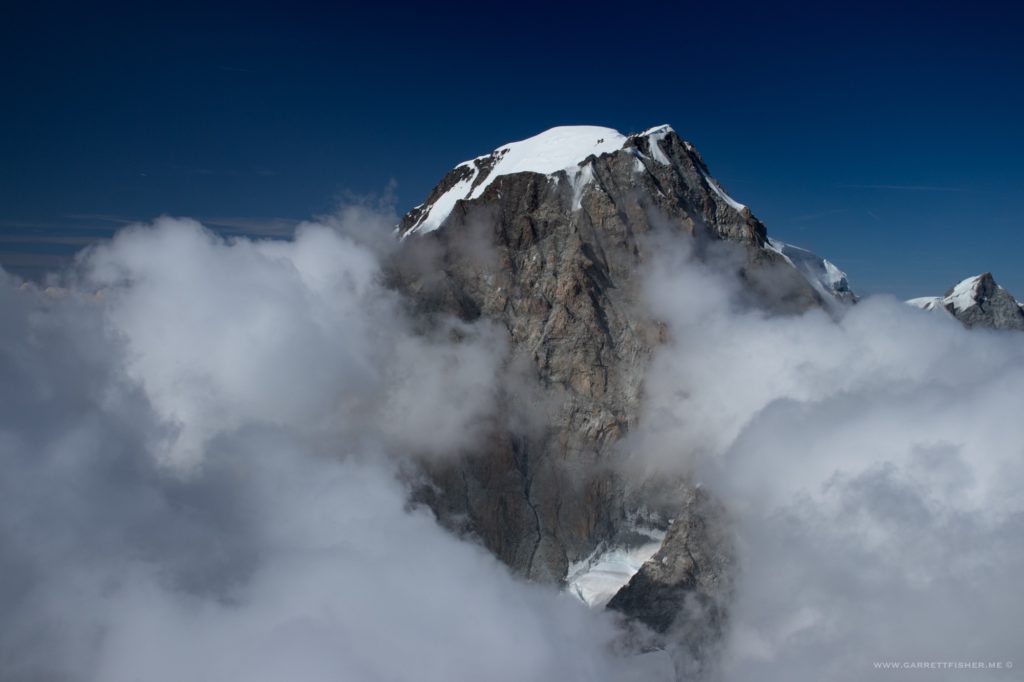 …which meant success. Looking down on the summit. France in the background. 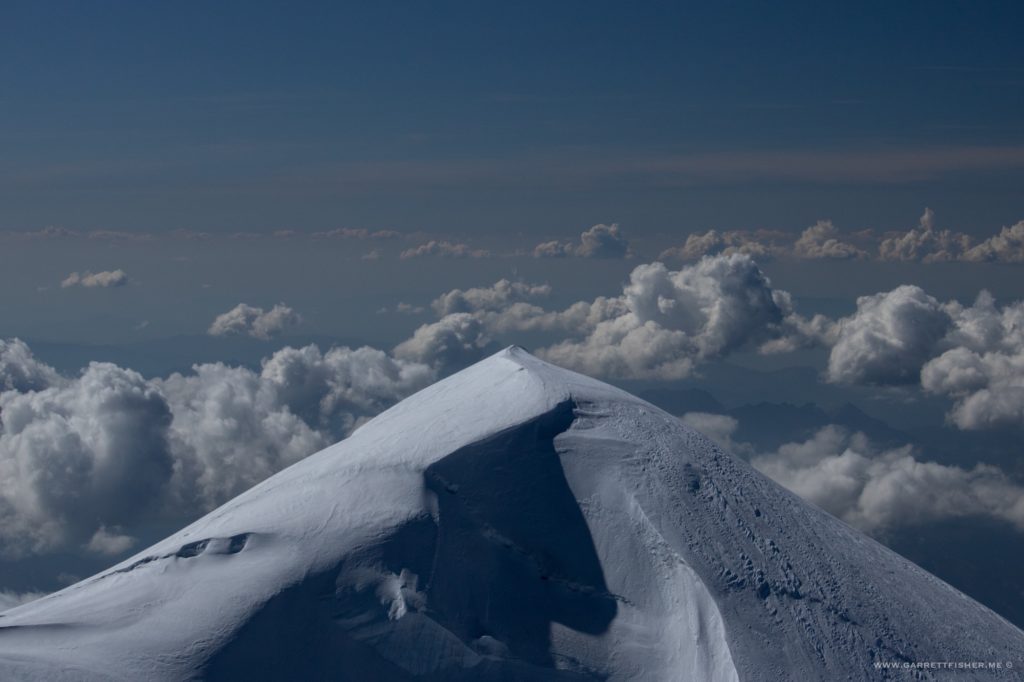