I took my first flight in a Piper J-3 Cub when I was 2, and started liking it when I was 4. At age 8, my grandfather started giving me lessons in his Piper PA-18 Super Cub, and I had my private pilot certificate at age 17 in a Piper PA-11 Cub Special. Now more than two decades later, I take this same PA-11 all over the Europe (after flying all over the USA), photographing along the way and writing books about it.  There is no shortage of adventure flying over wilderness areas, close to the ground, without a radio (update: got a radio in 2015), and literally flying by the seat of my pants (with the door open). 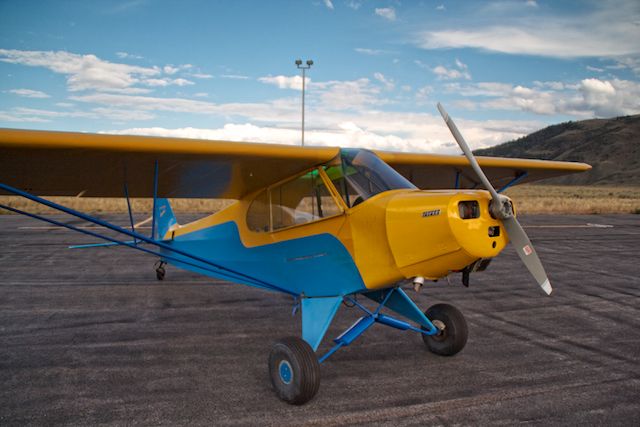 There is an old saying about aviation: “it takes airspeed and money to get an airplane off the ground.” Thus, the money part has involved a rather interesting career in finance and consulting, culminating in my first book, a product of my fascination with deep theoretical economics and quantifying global economics. I don’t think the two passions are too far apart – it takes a keen eye to find and create worthwhile aerial photography. It takes a similar ability to see the world around us differently enough to call the entire school of economics into question.

As for flying, most pilots can’t get enough. Neither can I. No flight is too long or too far. Cruising at 77 mph, with the door open, free from the aggravations of modern instrumentation (what pilots call “stick and rudder skills”), a PA-11 is the ’57 Chevy of the sky, a Sunday drive in the air, except coast to coast. It is poetry, spirituality, and art all in one. My goal is to convey the awesome beauty of wilderness areas and the experience of flying over them to as many people as possible.

The airplane is powered by a Continental O-200A engine, has no electrical system, no starter, no radio, no electrical instruments. There is an airspeed indicator, altimeter, compass, oil pressure, oil temperature gauge, primer control, carburetor mixture control, carburetor heat control, throttle, magneto on/off, fuel on/off, stick, rudder pedals, and brakes. That’s it. Navigation is primarily looking out the window, secondarily a printed map, and an iPad in case I get lost. It was built in the 1940s, served as a crop duster in South Carolina and Florida in the 50s and 60s, was put into a warehouse in 1974, and pulled out again when my grandfather found it in 1988. It was a mess, requiring total restoration. I spent my youth looking at parts of it hanging in my grandfather’s hangar until it was signed off for flight in 1996. I spent a few weeks in central FL with my grandfather riding with him and then started flying lessons in summer of 1997, resulting in the license in December 1998. My father bought it in 1996, and flew it a few hours, owning it until he died in 2010 when it became mine. All but 10 hours or less of the total flight time on the engine and airframe has been with me at the controls. 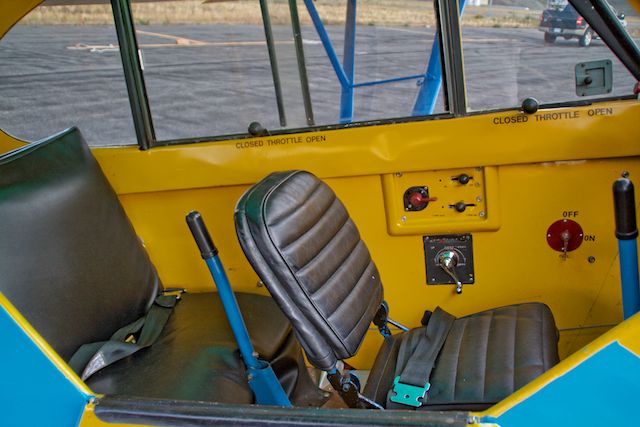 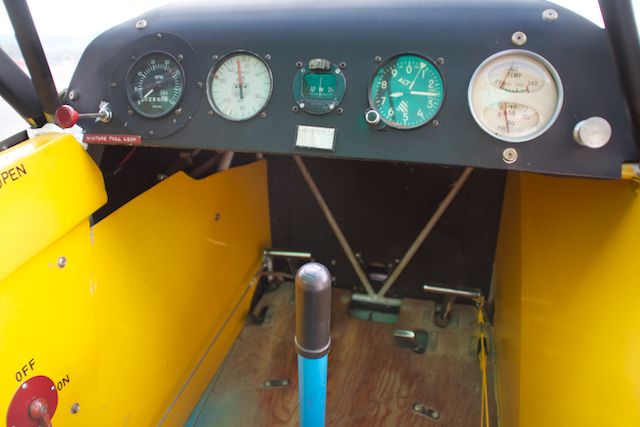 Email: g [at] garrettfisher [dot] me