On a flight prior to this one, I had noticed two odd black shapes on the north summit of the Eiger (3.967m / 13,057’). I thought at the time that it was two cliff-face tents, affixed by climbers that felt the need to sleep 8,000’ feet above their potential graves. When I flew past the Eiger again some days later in the Cub, the “tents” were still there, which meant one of two things: they are not tents, or the occupants were dead.

I made a swipe of the summit, from the Mittellegihütte to the east, southwest along the north face, with my telephoto lens in hand. In the end, the mystery appeared to be solved: it is a pair of rocks that, for some unknown reason, repels snow from them. Perhaps in my wanderings, I have discovered some kind of sneaky Swiss espionage installation.

The rest of the flight carried on, photographing late season glaciers for my upcoming book on the glaciers of Switzerland. While I have already published a book of the glaciers of the Bernese Alps, it seemed silly to include the existing photos, so I have been working on redoing the range. The supposition is that readers of my books purchase every single one of them, mentally catalog each photo, and get indignant that some are repeated. Perhaps I am overthinking that notion, though photographing glaciers a second time never hurt anyone.

I recalled before the flight that I was approaching image number 700,000, though I forgot about it until I landed. That left the image as a rather authentic selection from my binge of rapid-fire photography. I happened to be alleviating the perpetual boredom of looking up at the glacier from below, instead circling into a mid-glacier flat spot, looking away at the tongue that flows toward the Berner Oberland foothills. 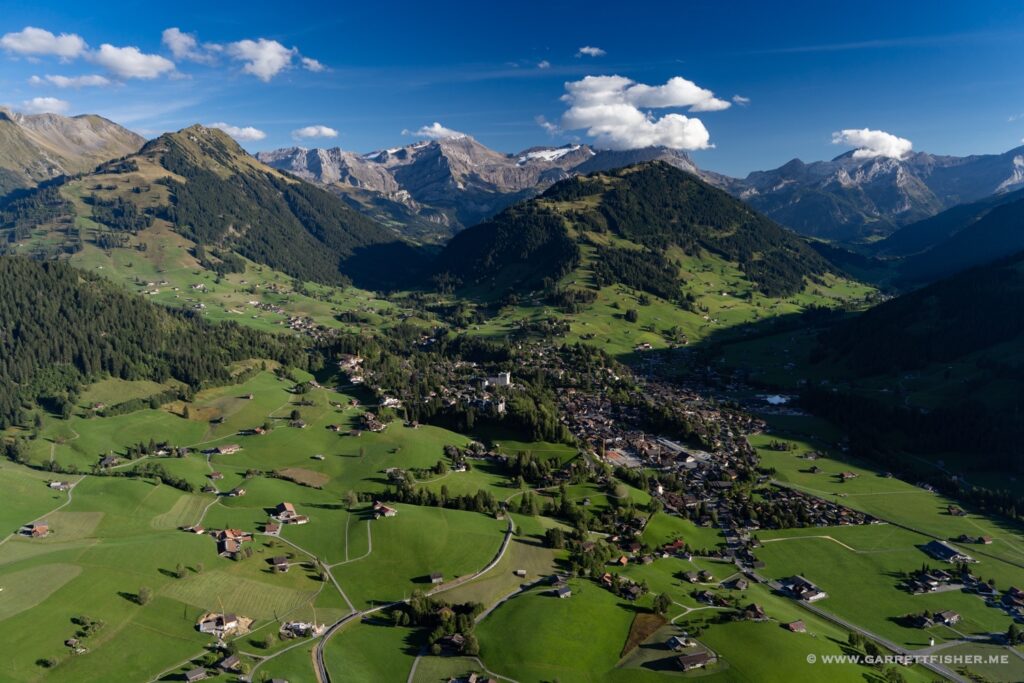 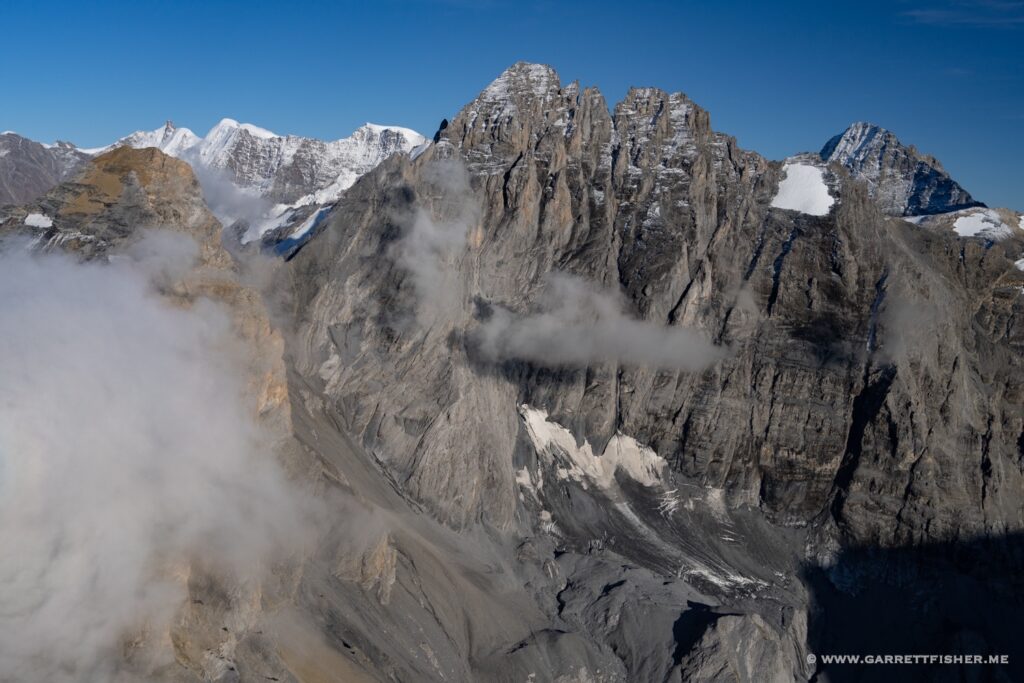 Lauterbrunnen from the southwest, literally the “Valley of Death.” 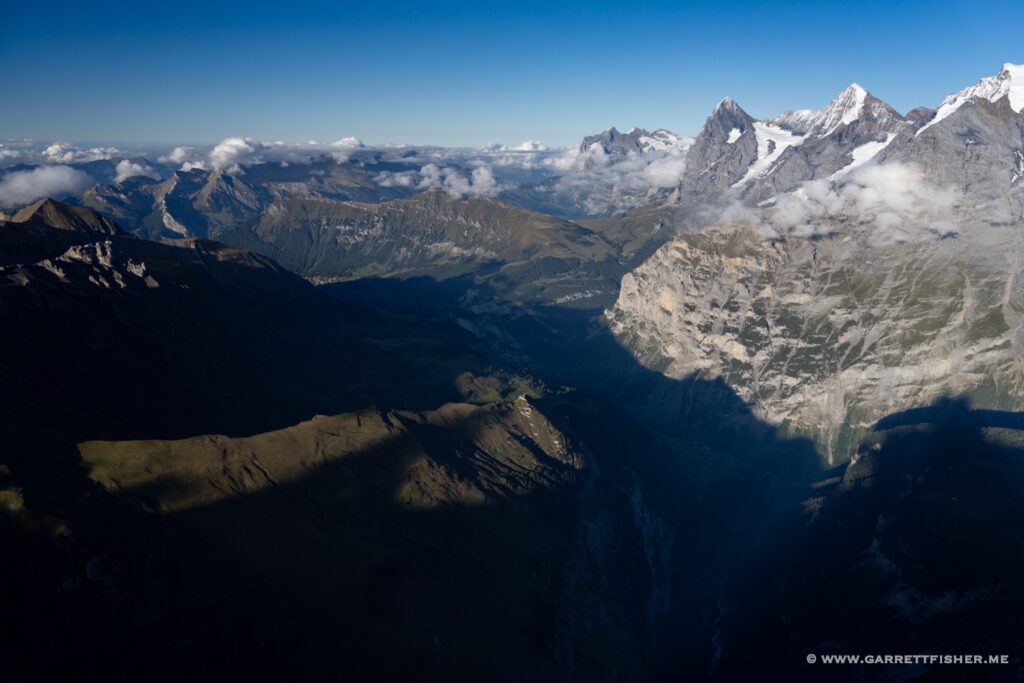 Gutzgletscher. This kind of photograph is quite challenging and better obtained from the PA-11 than the Super Cub. For the record, I was up in the PA-11 for this flight. 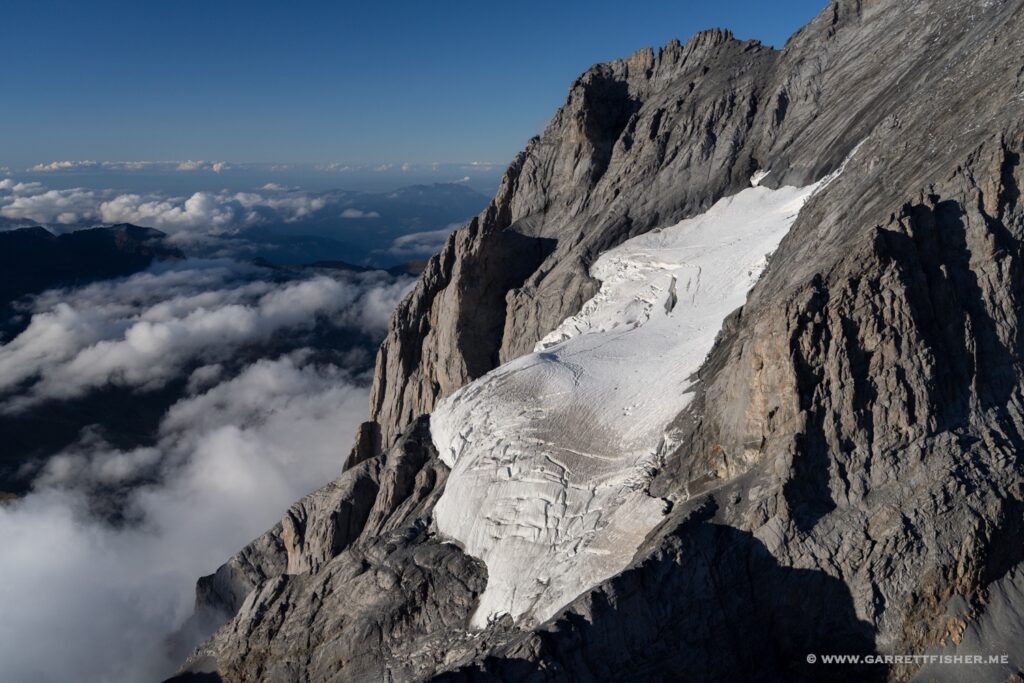 Oberer Grindelwaldgletscher. This image will make it into the book, among others. 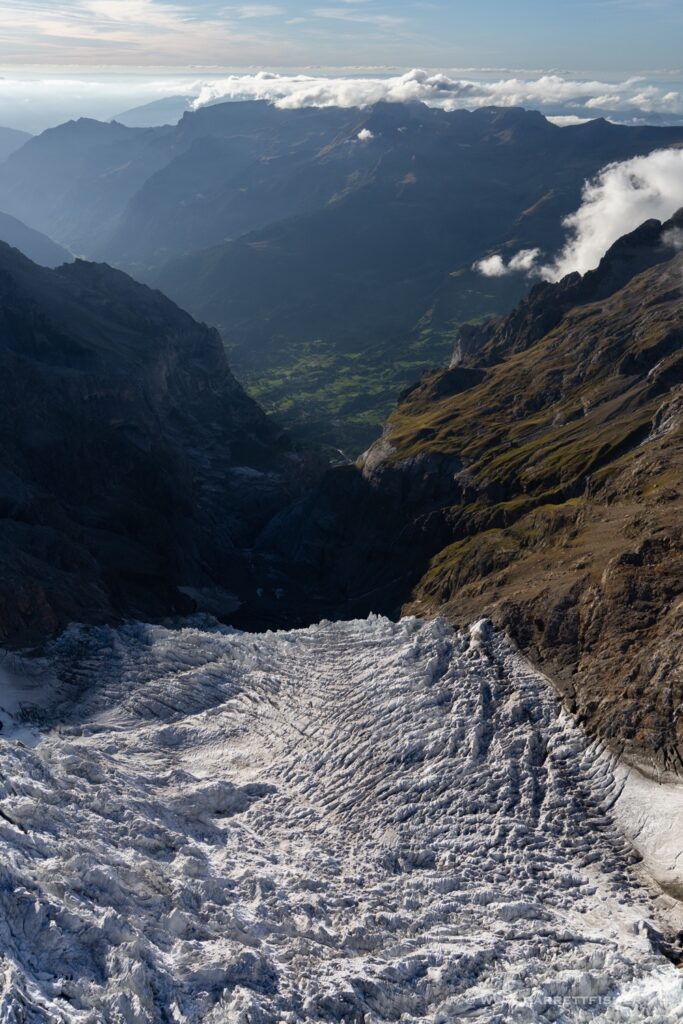 Approaching the Eiger, to investigate the mystery. 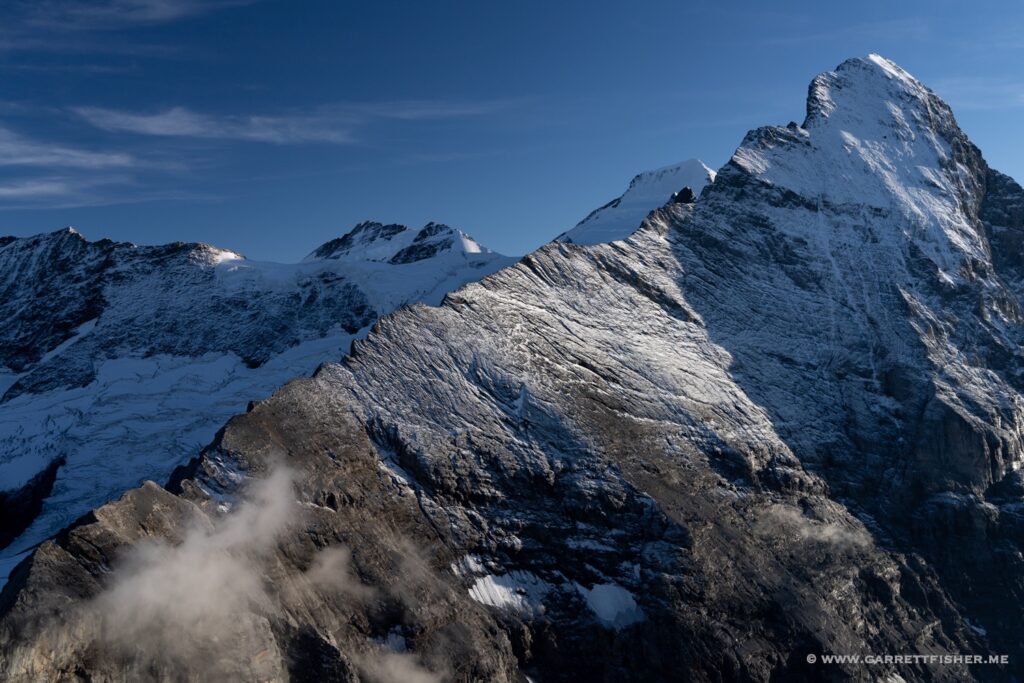 Mittellegihütte, on the east ridge of the Eiger. 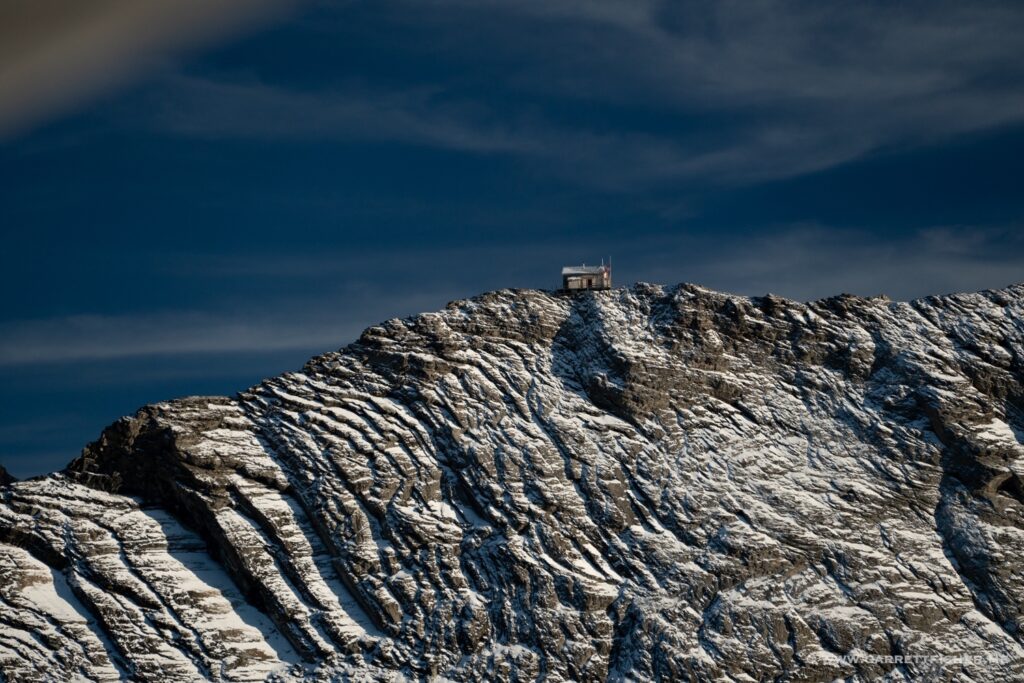 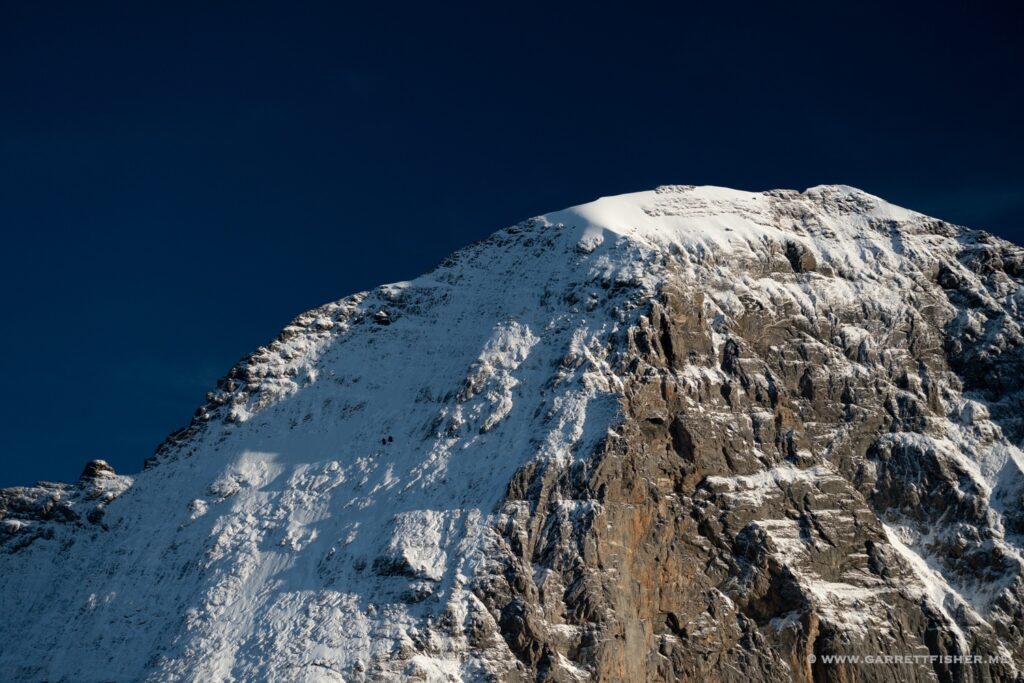 After blowing up the images and examining in great detail, they are just rocks. It still seems fishy. How is there no snow on them for days on end? The Swiss intelligence services might be eminently displeased with this image. 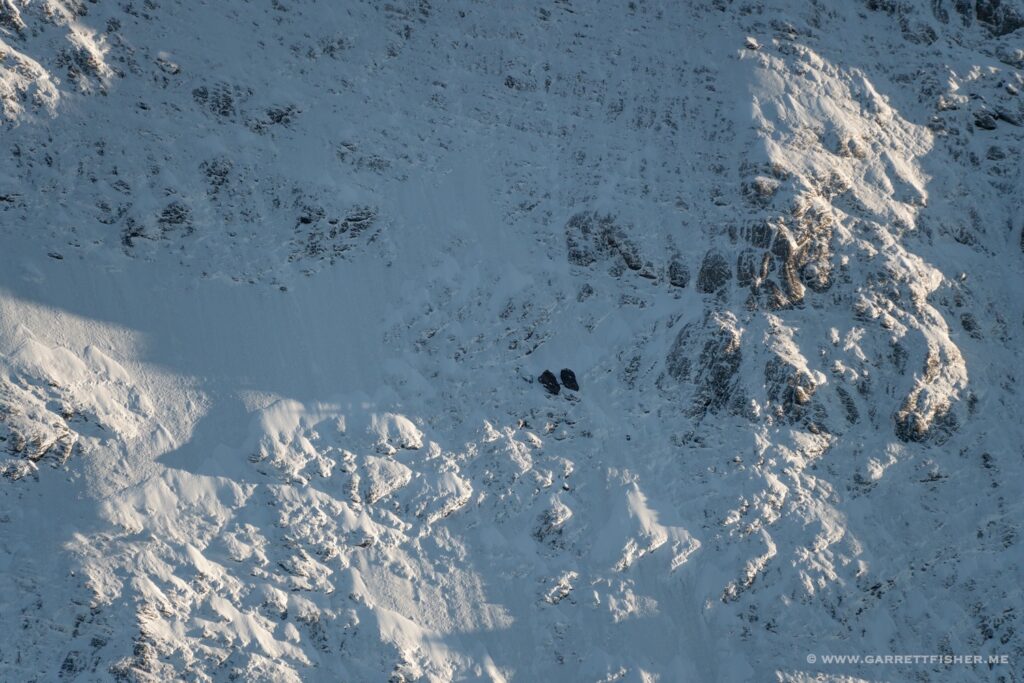 Silberhorngletscher, coming off the Jungfrau with Stuefeistigletscher in the background. 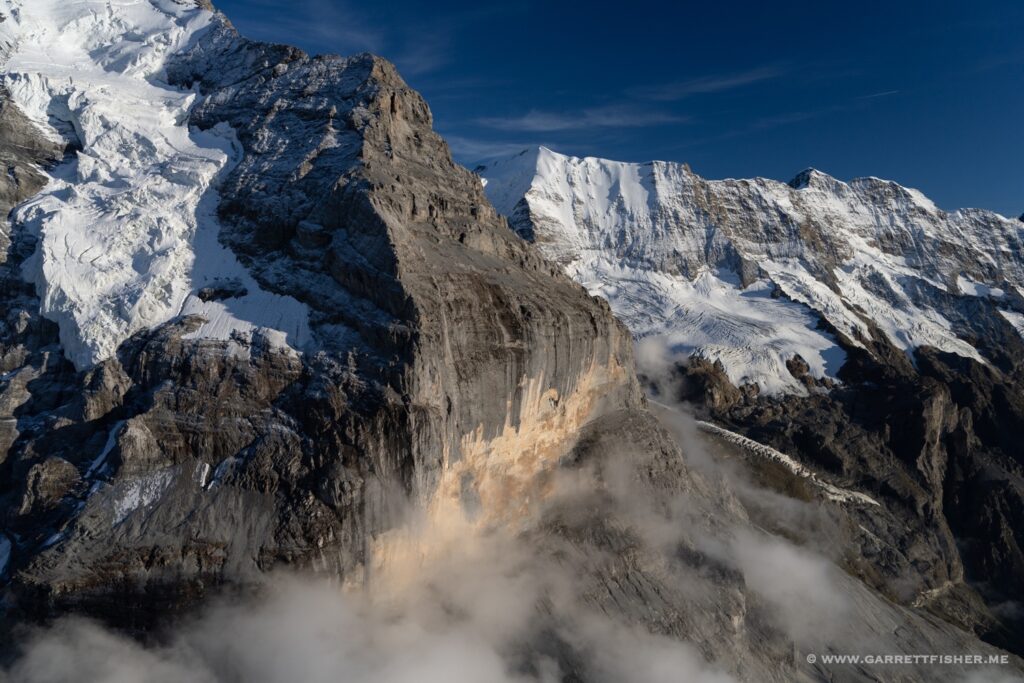 Tschingelgletscher, pointing toward the Jungfrau. 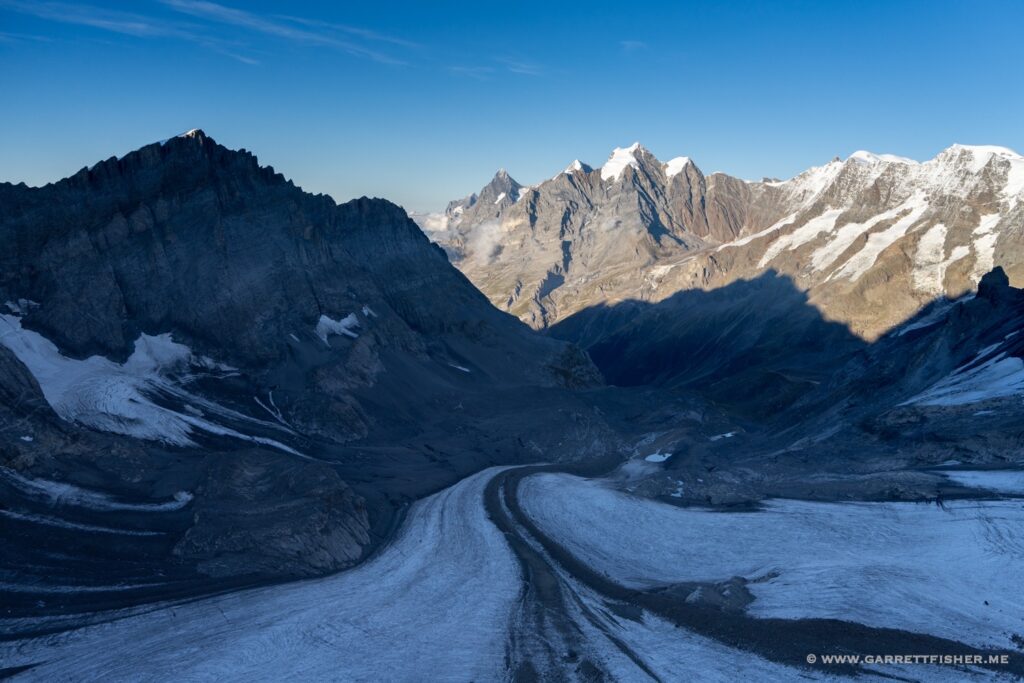 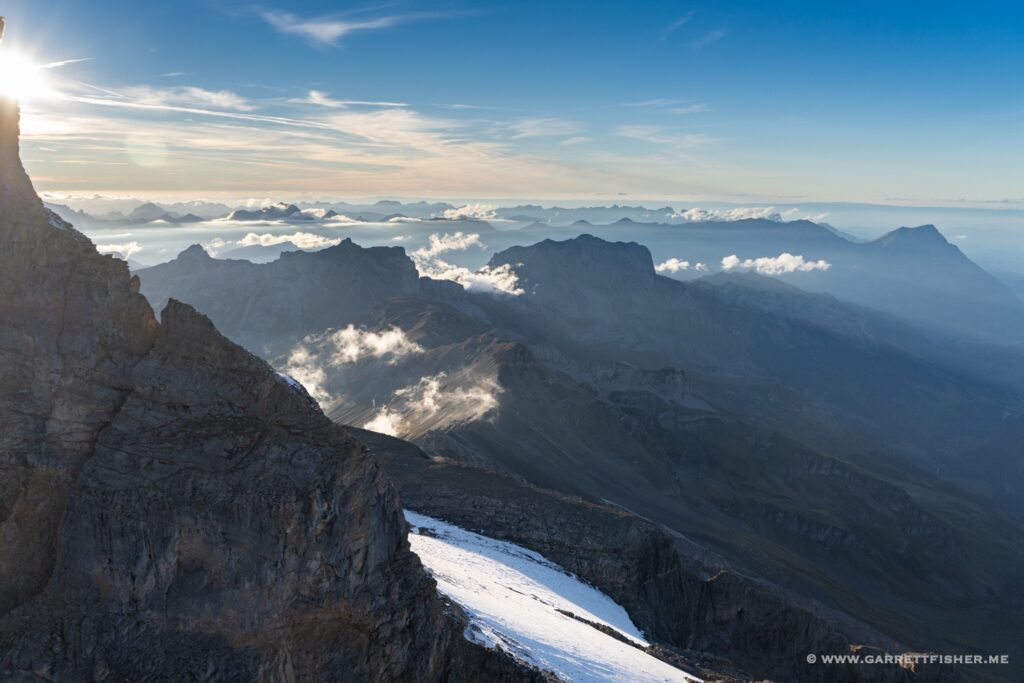 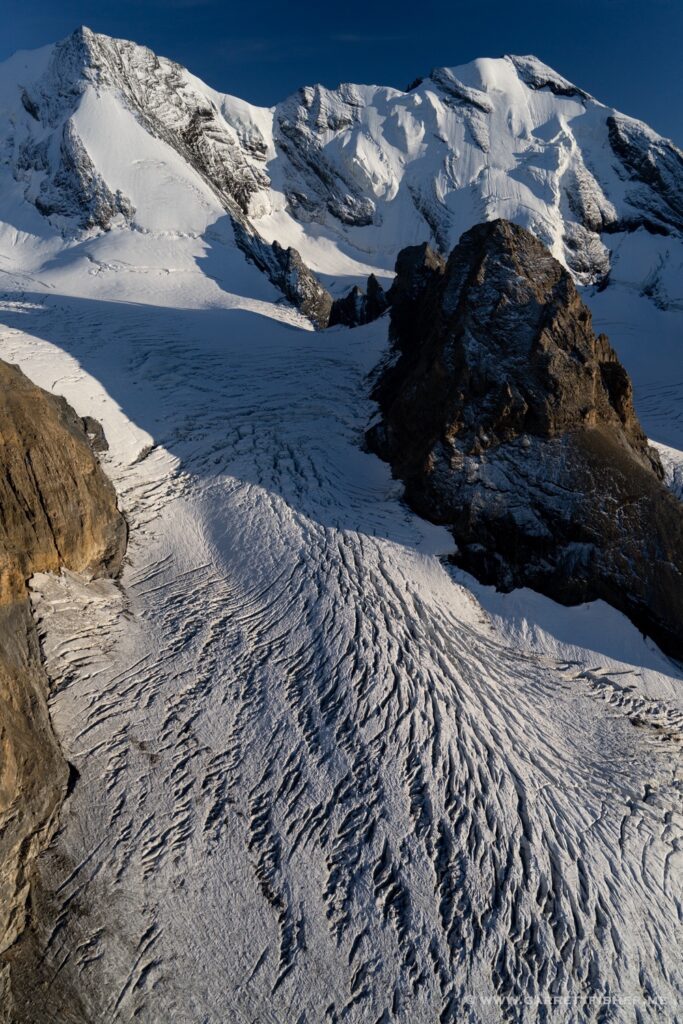 700,000th photo! Blüemlisalpgletscher, looking to the foothills. Thunersee in the upper right. 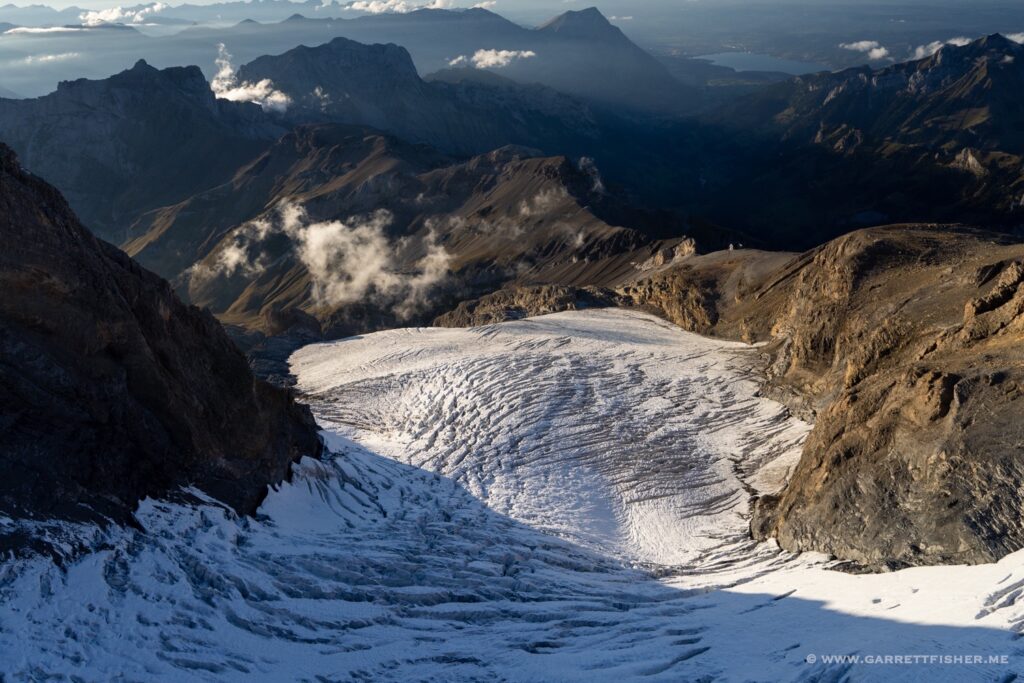 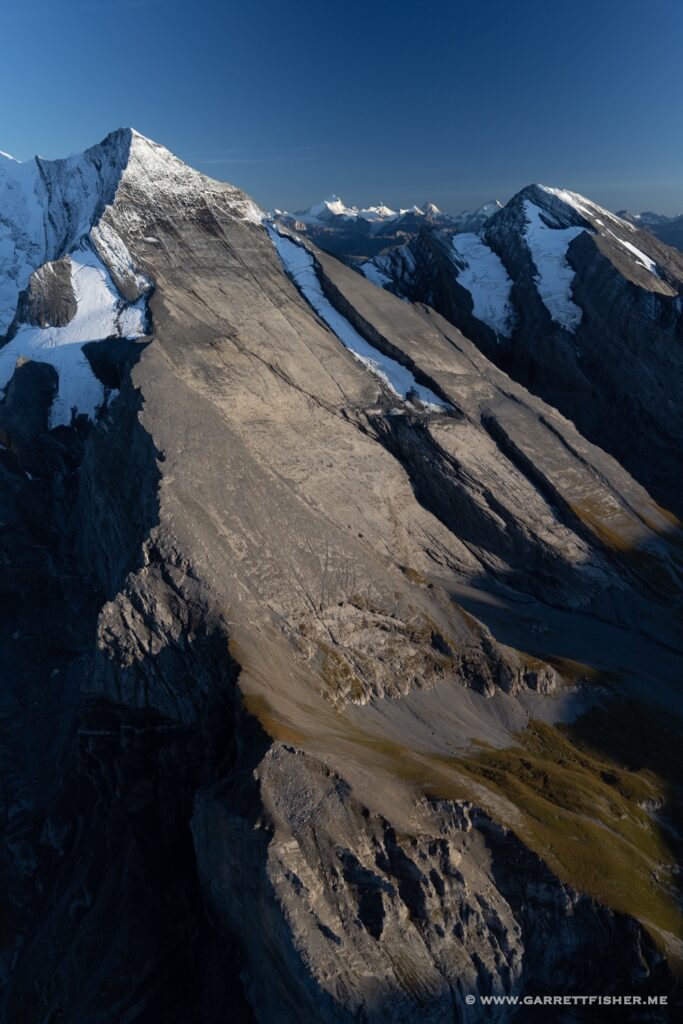 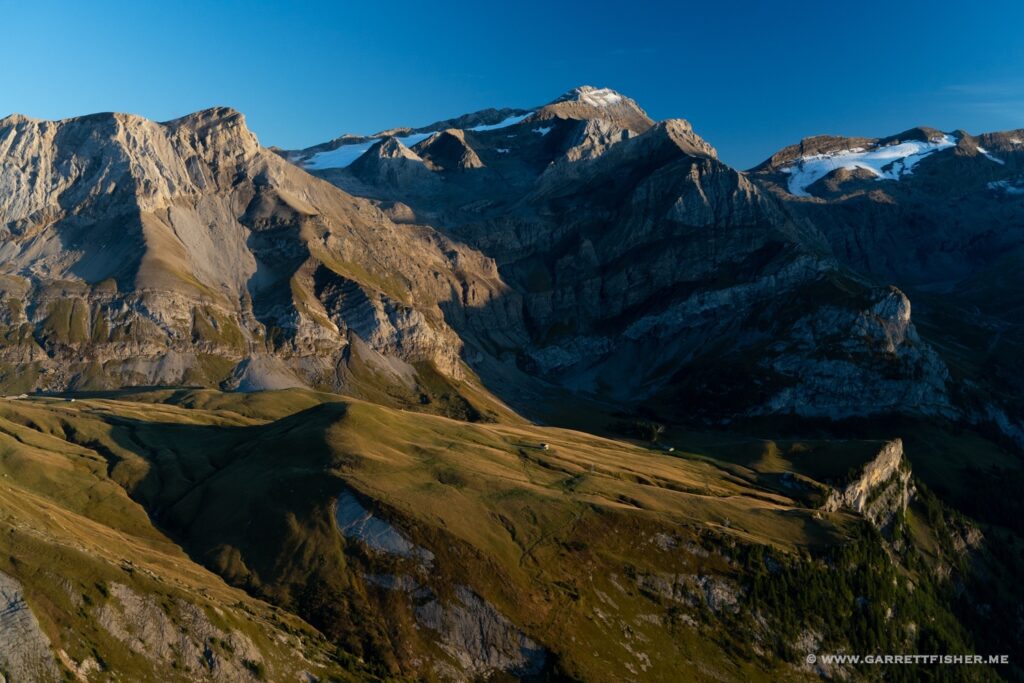