This is not a rant against social media. That would have to be written as “anti-social media.” This is, instead, “antisocial media.” For those who actually read these illustrious tomes of epic literature, one will note that I serve dishes of misanthropy, iconoclasm, self-deprecation, sardonicism, and yes, antisocial thoughts. After some dinner conversation with the person who mysteriously chose to engage in the seemingly irreversible confines of wedlock with me, the thought hit me (rudely not related to anything we were talking about): “antisocial media! I love it!”

While I can glibly prattle on about the silliness of social behaviors, there is a philosophical undercurrent that rides through life, particularly through the spirit of my isolated, society-loathing flights in the upper atmosphere. Loosely related to, and a cover for, the pursuit of meaning (I am not going there), I find a certain segment of society that is excited by the thought of finding a shortcut in the system of life. I do not mean something so banal as winning the lottery (or for hipsters, forming a startup and selling it to Google); I refer to the concept of taking a simpler shortcut, bypassing material, social, and otherwise superfluous obligations imposed upon us by social trend and finding a more immediate, freer, nuanced, interesting, and exciting way to go about life.

Yoga and eastern spiritual thought were cutting edge in the 60s and 70s for those looking to escape the confines of western tradition. People literally went to Asia in a time when exoticism was orders of magnitude greater than it is now, shaved their heads, and sat before gurus and monks while seeking an enlightenment, at least that which didn’t exist back home. Now? Oh hell, now everyone does yoga! Quoting one’s guru is common at a cocktail party. What happened? What was once unique became trend, and to many extents now becomes the very societal norm that one wishes to escape. Does fulfillment lie by adding yoga to a suburban commute?

So, off the antisocial individualist goes, looking for something that hasn’t been found. What is particularly confounding in our modern era is the combination of an interconnected world, cheaper air travel, growth of travel as a portion of GDP, and Instagram. What would have been found in a dusty university library in 1970 as a source of inspiration and enlightenment now spreads and trends very quickly. Where does that leave us now? I am not sure to be honest, only to say that it completely changes the character of those with the “spark” looking for a way to hack societal norms to find fulfillment by shedding anachronism and obligation. Perhaps even the “spark” has become trend, and maybe we’re completely screwed. It feels like it sometimes…..

As for the flight in question, it took place in autumn, heading from Sion down the spine of the Alps to the last peaks over 4000 meters for a project of mine. The texture was admittedly spectacular. 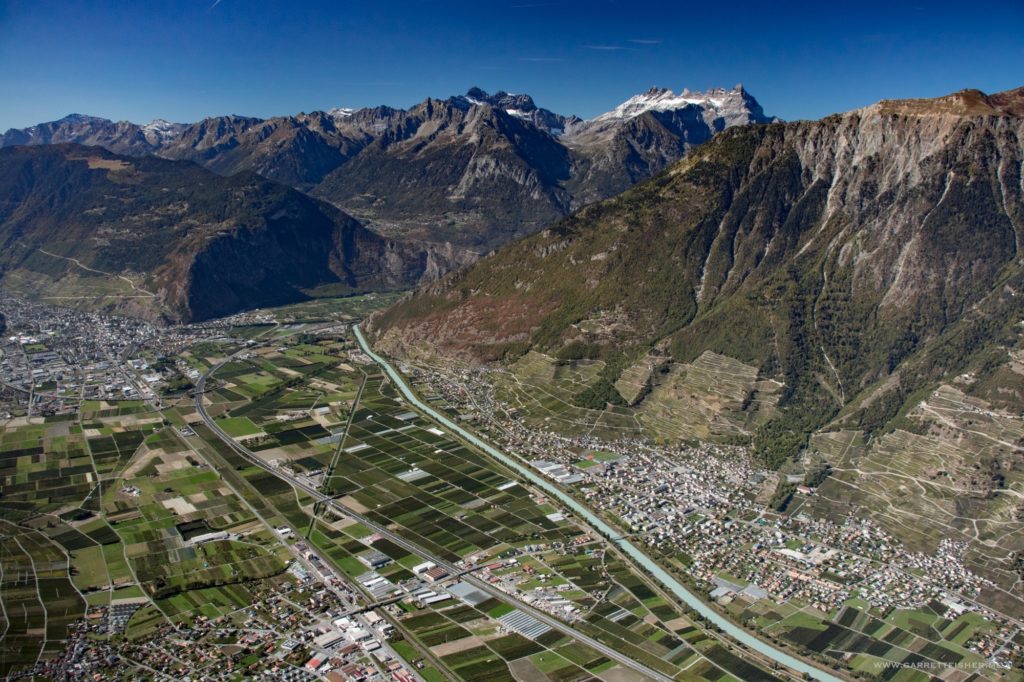 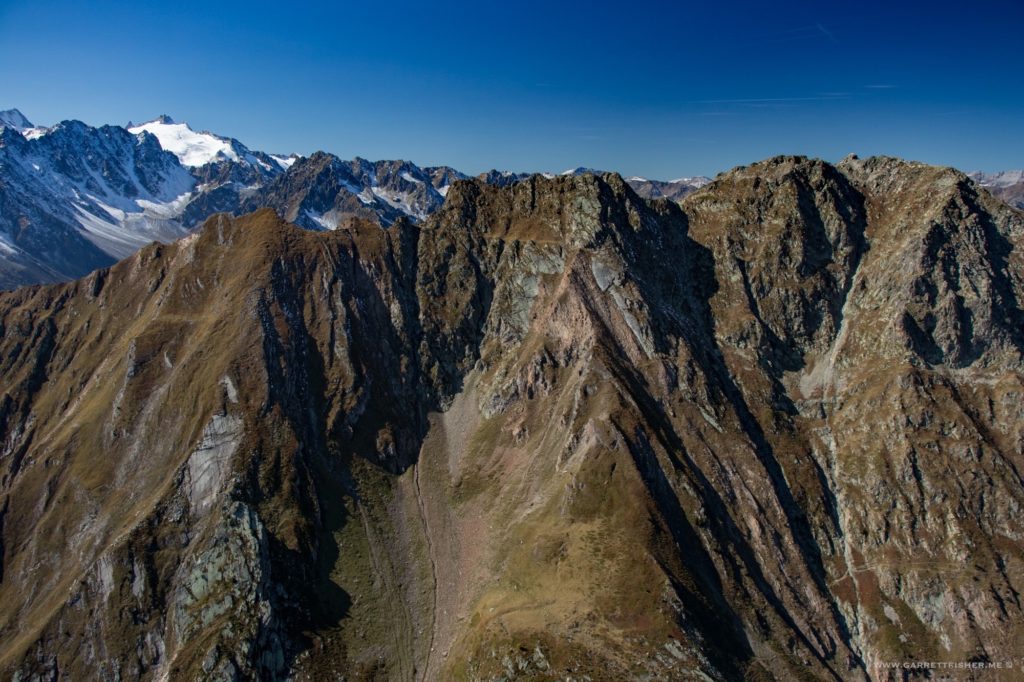 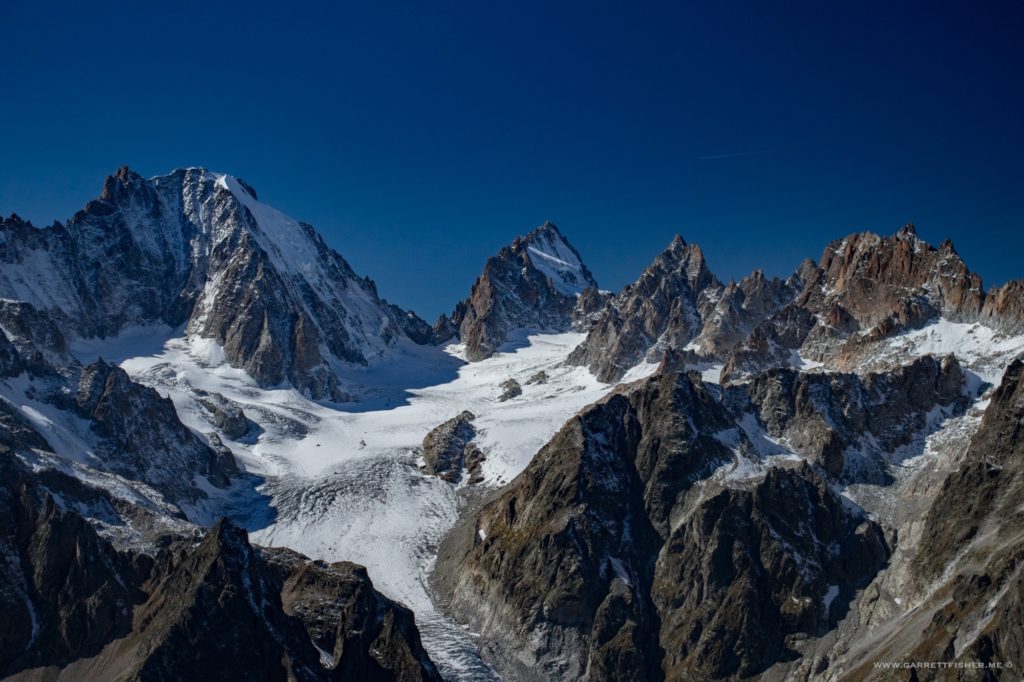 Tête de Ferret (foreground). Switzerland immediate foreground, Italy on leftward descending slopes, France on the ridges and over the other side. 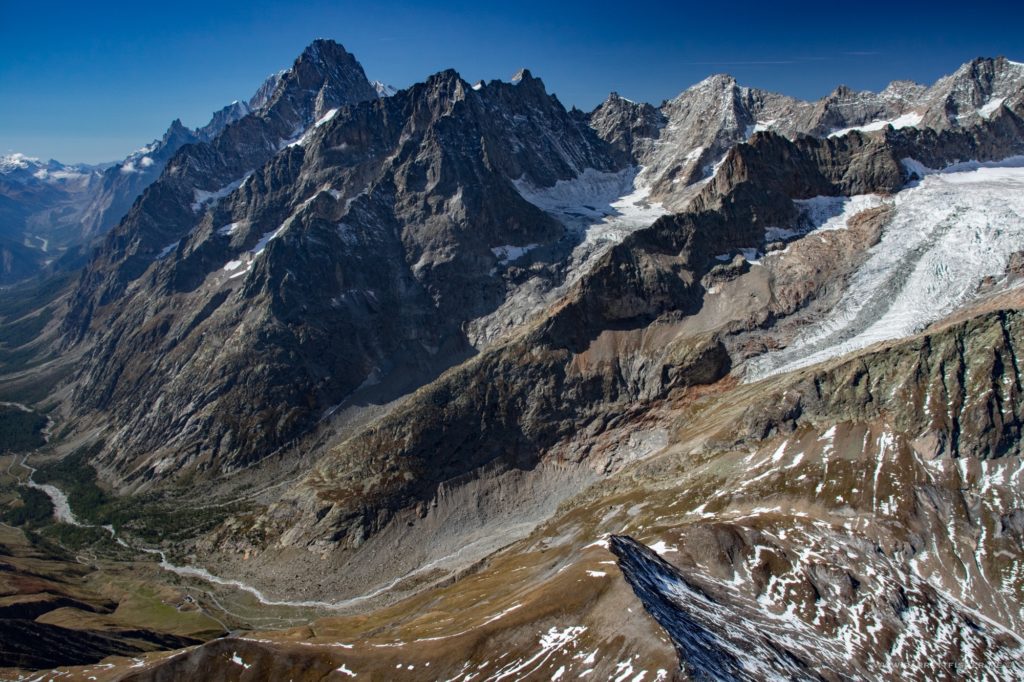 Looking in the direction of Grand St. Bernard. Switzerland and Italy in the image. 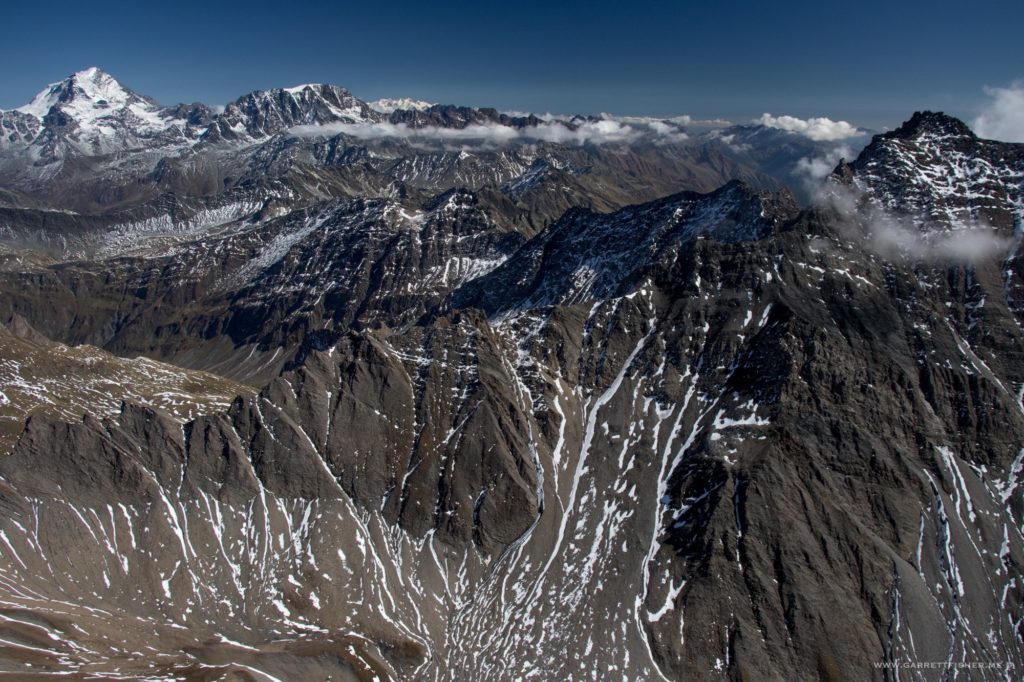 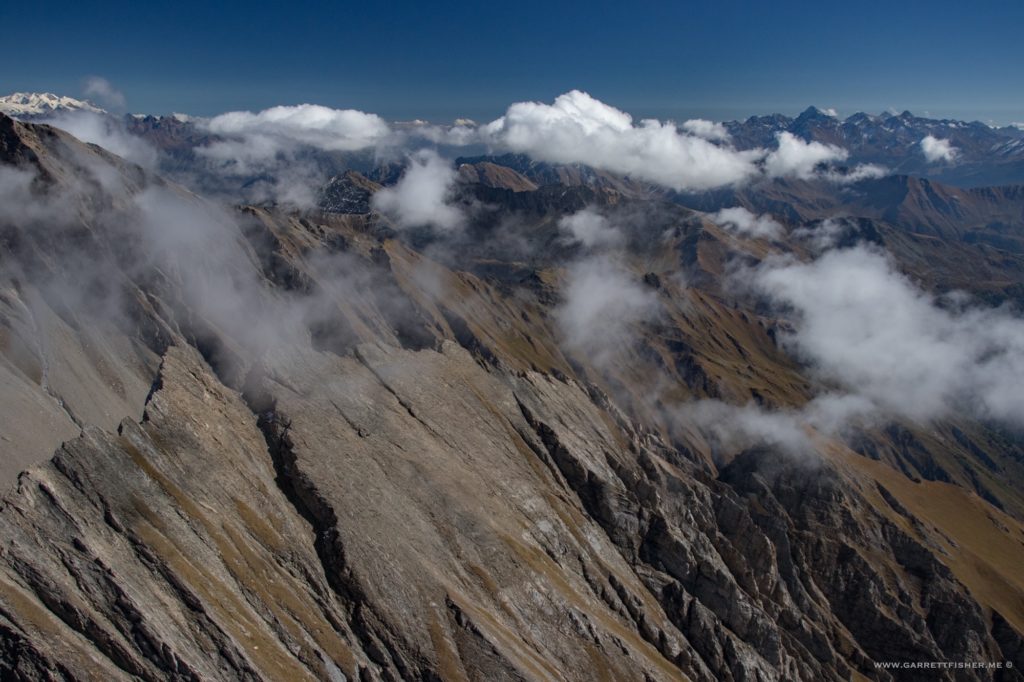 Mt Blanc from Italian side. 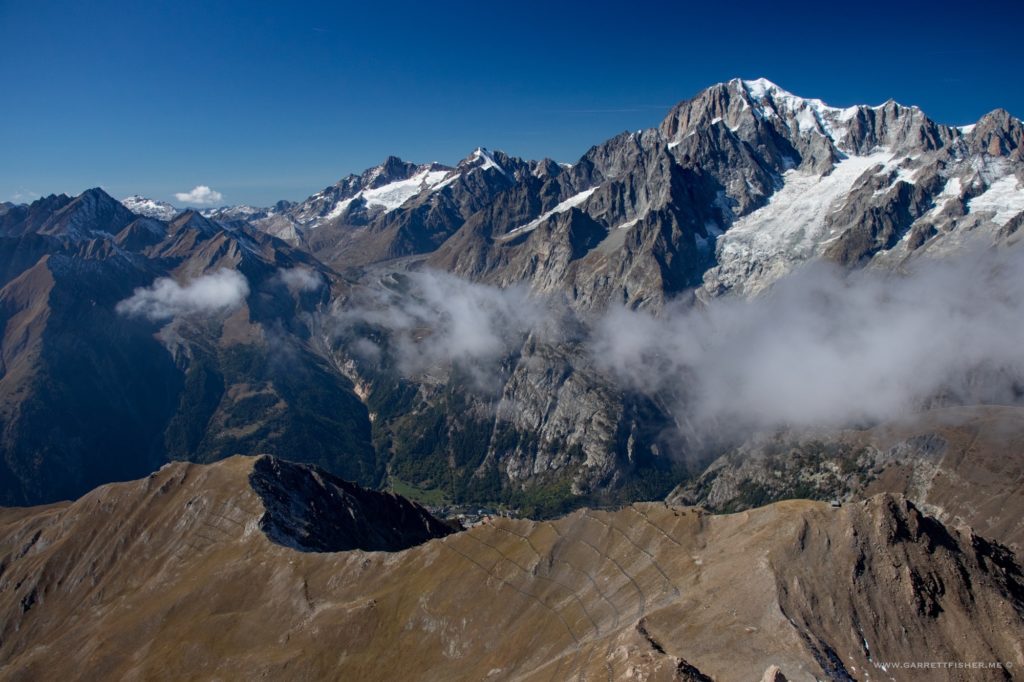 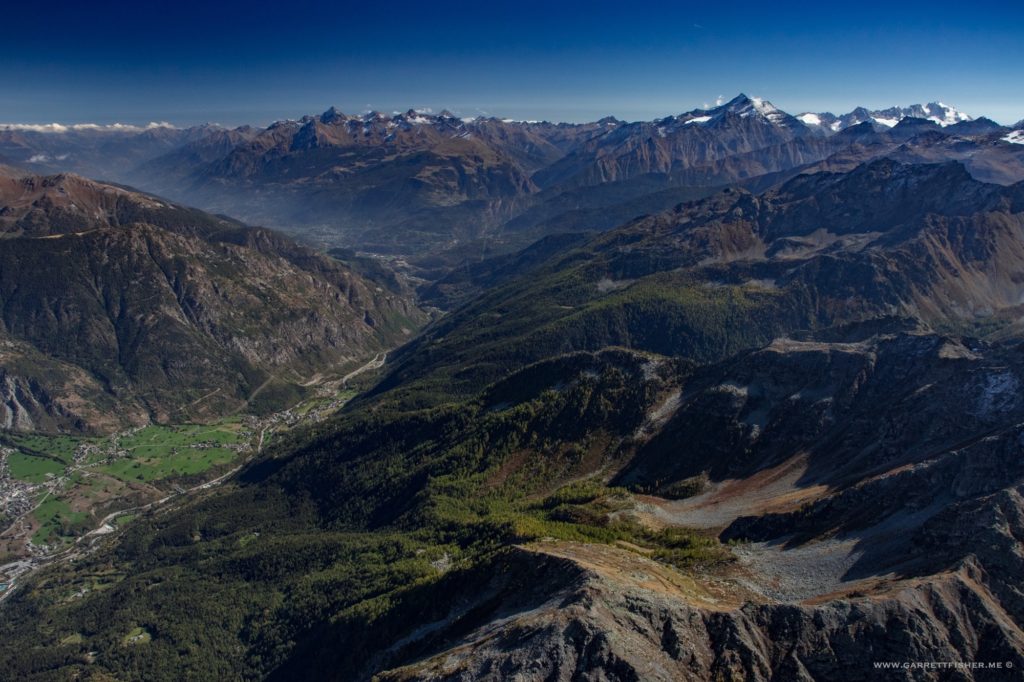 Above La Joux, Italy. It gets to be a pain in the rear to find names for this stuff. 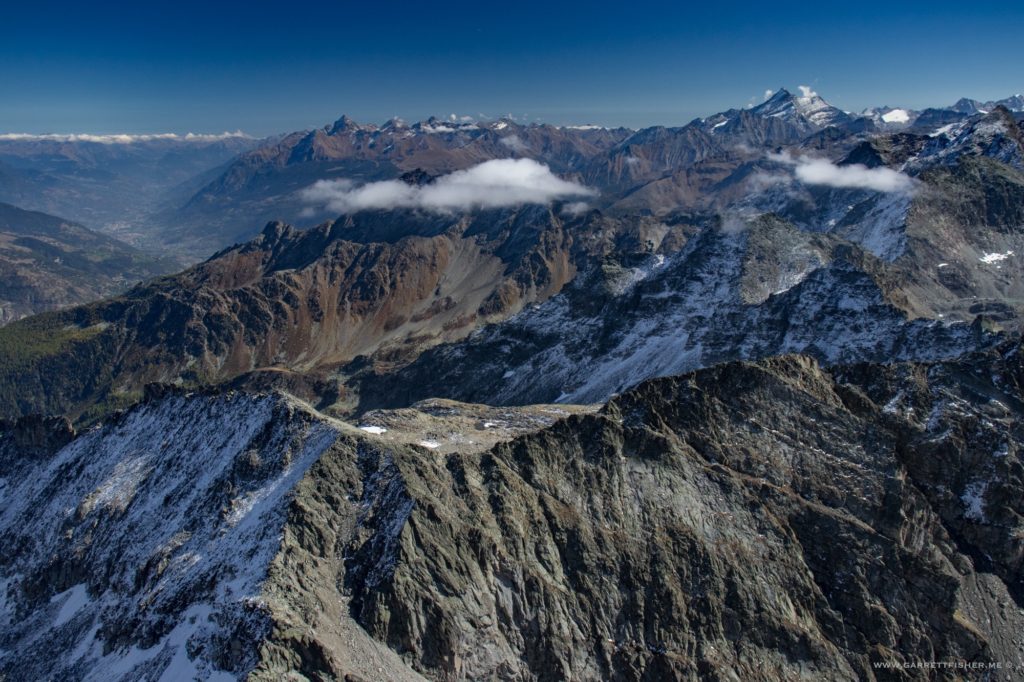 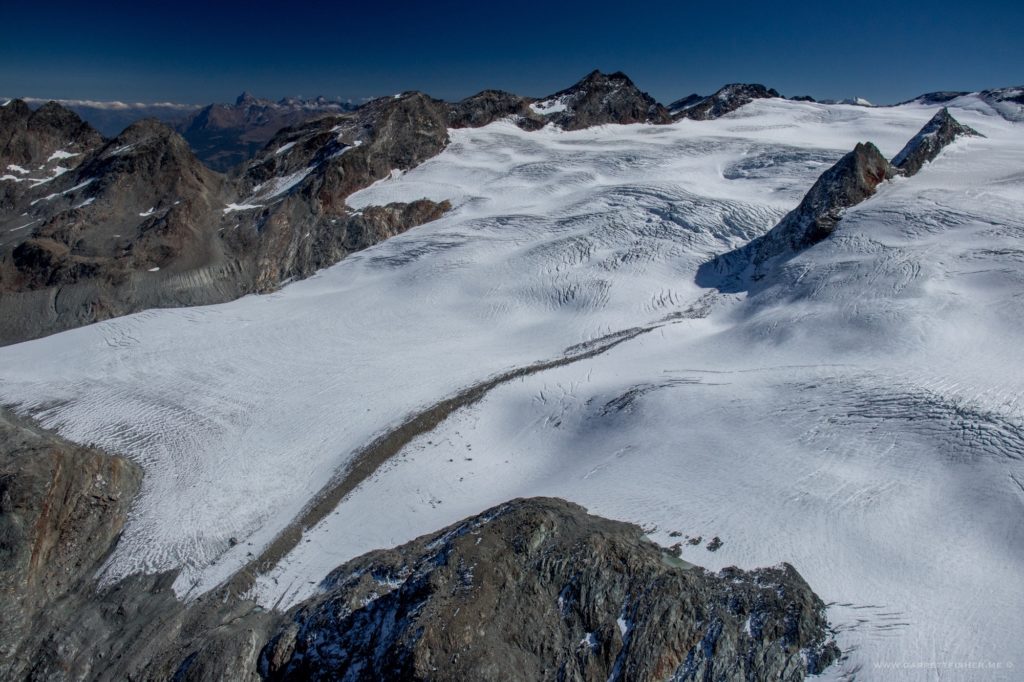 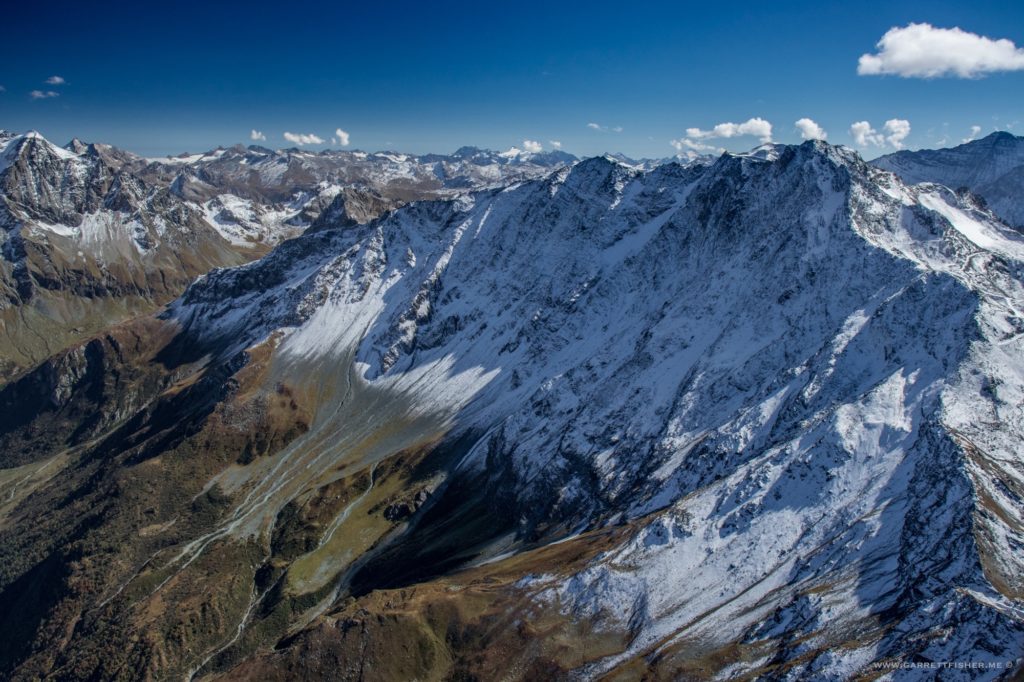 Google is playing hard to get. It will label the passes left and right, the refuge below, the lake on the other side, and not the peak. Its above Méribel-Mottaret, France. 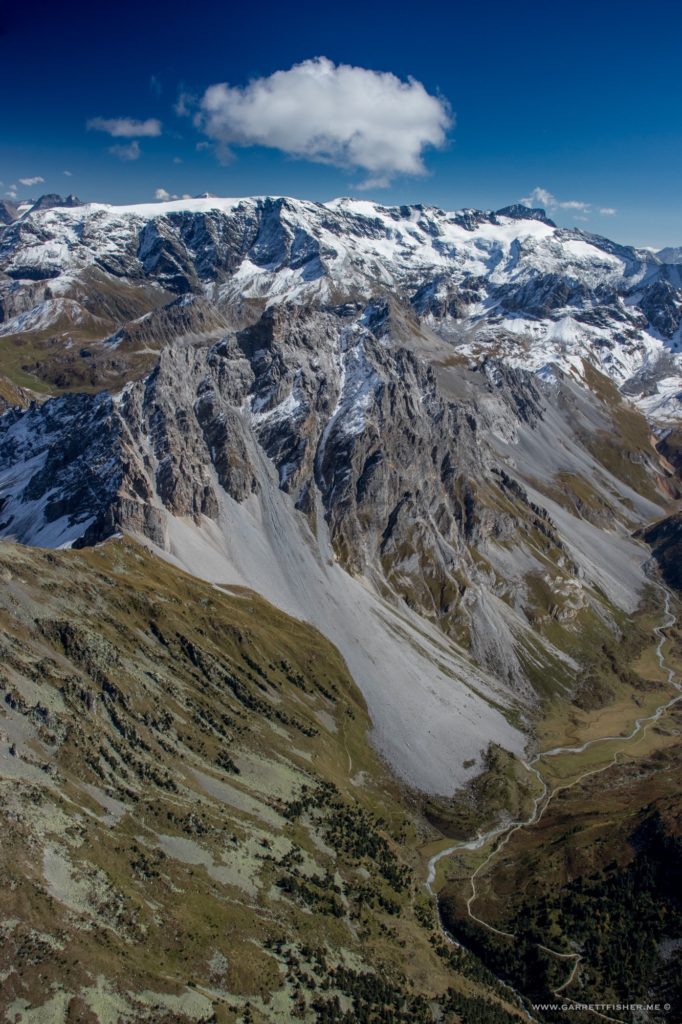 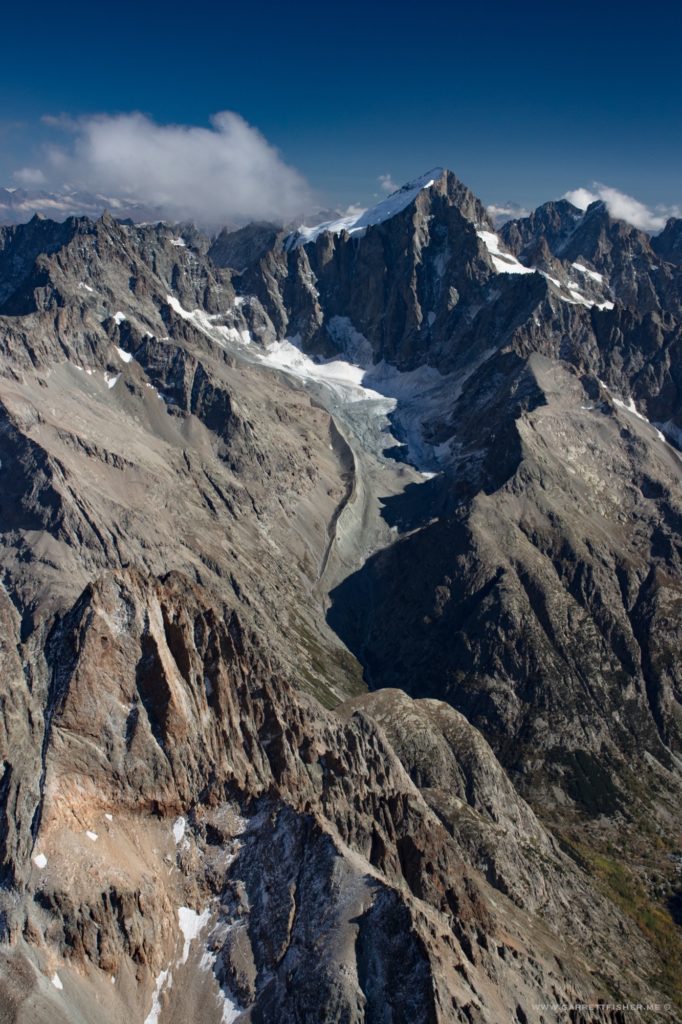 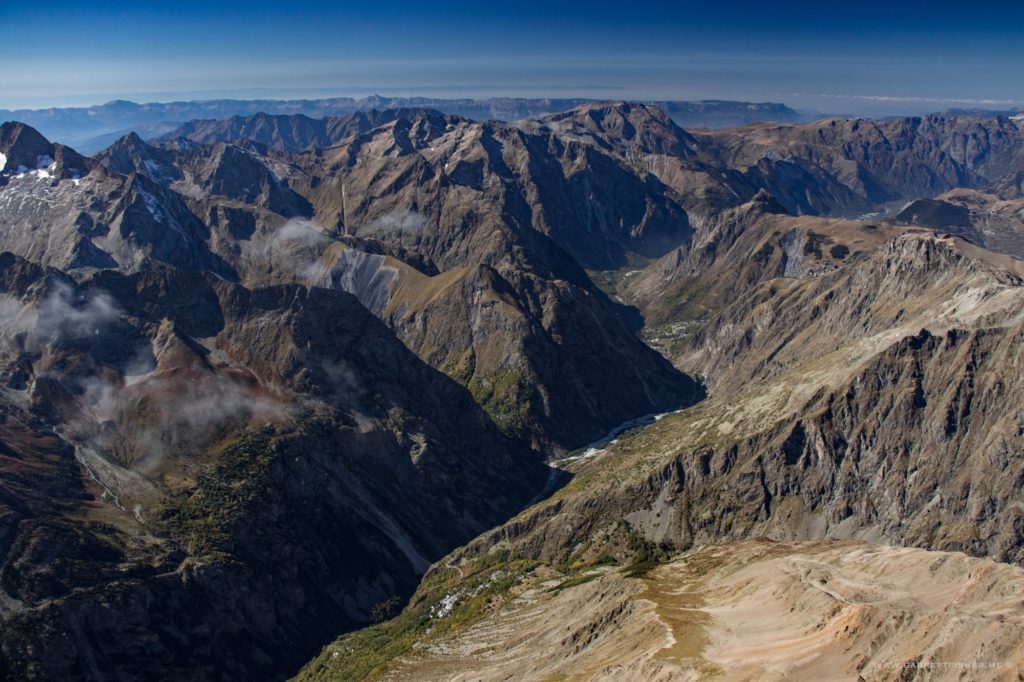 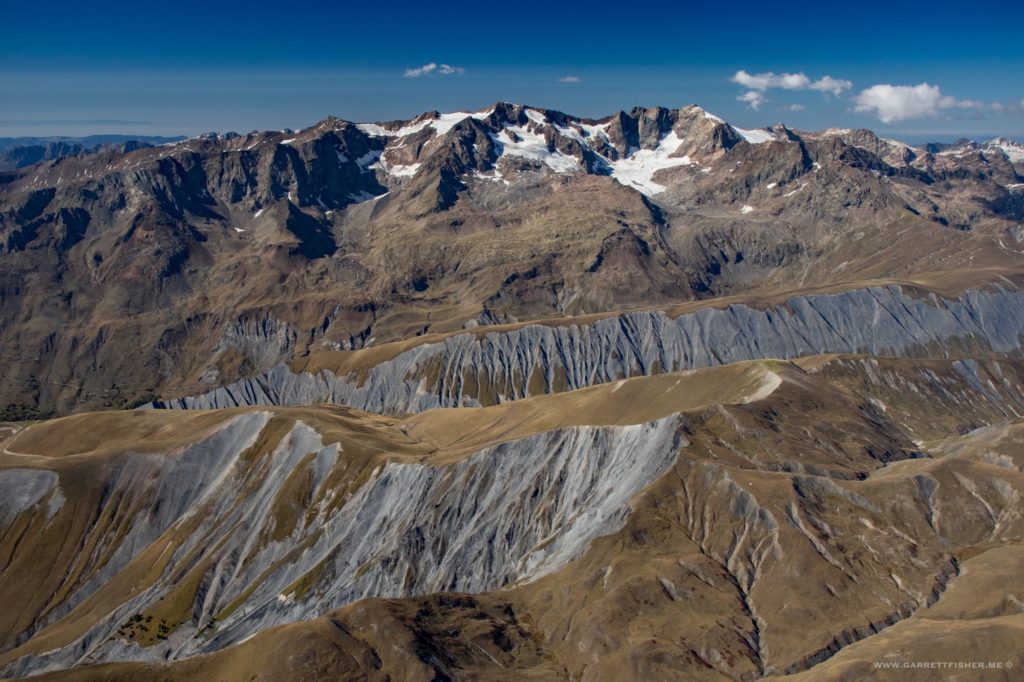 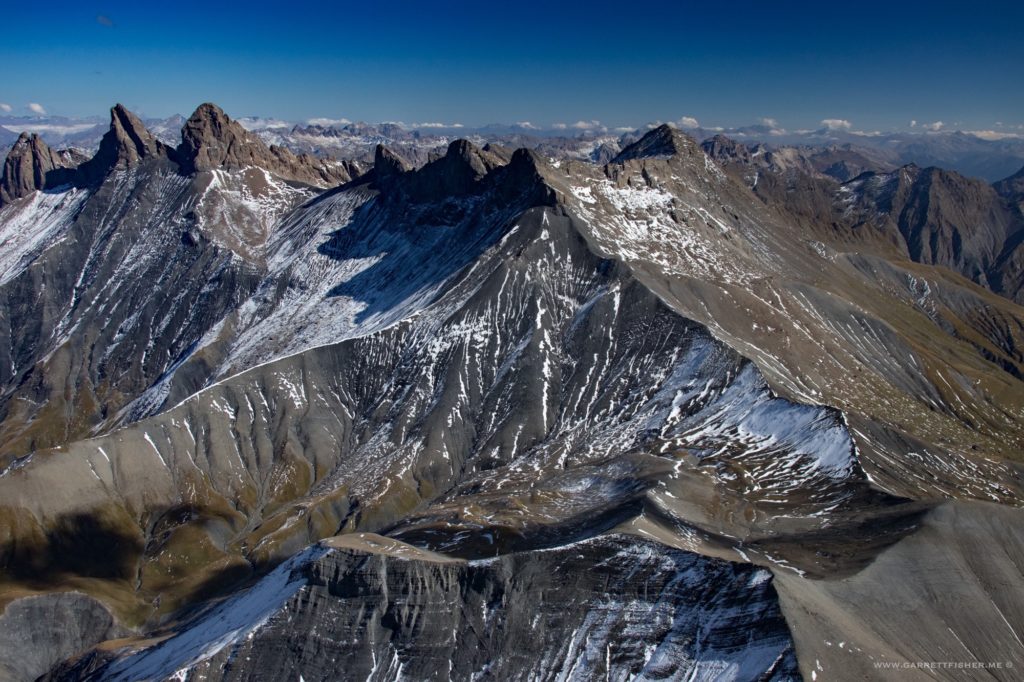 Croix de Têtes, among other things. 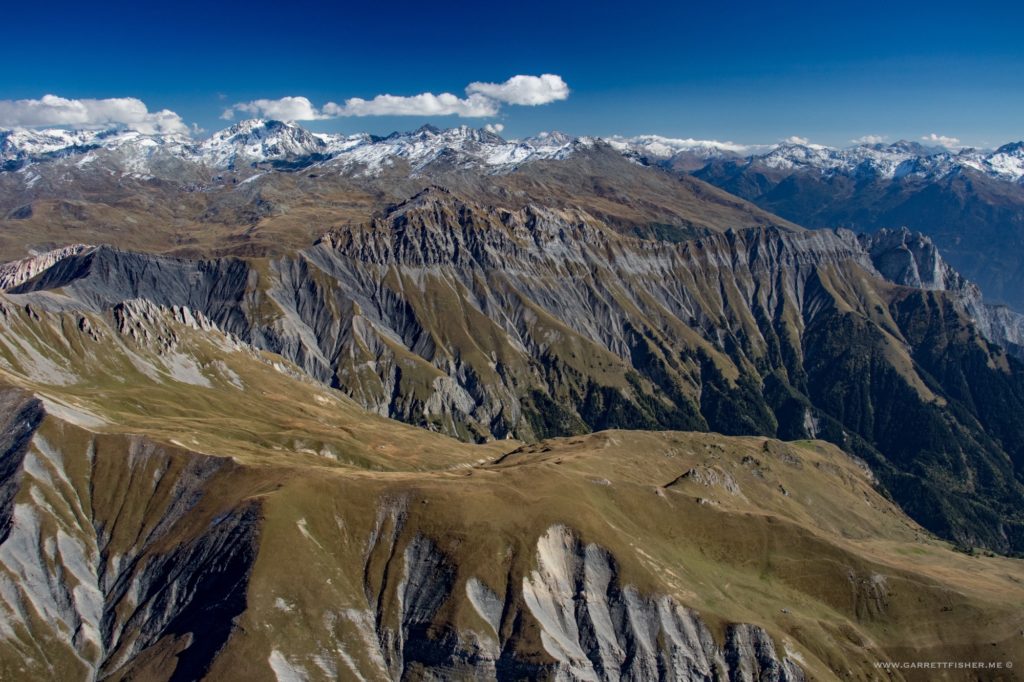 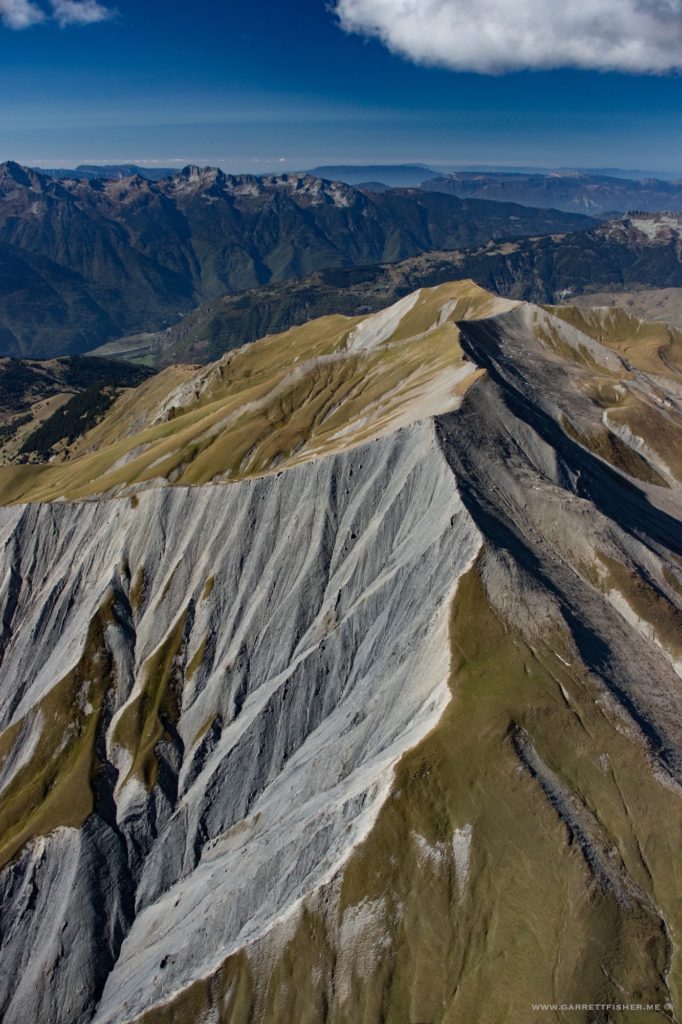 Lac de Roselend. According to Google Maps, there is a Crédit Agricole bank branch in the middle of the water behind the dam. 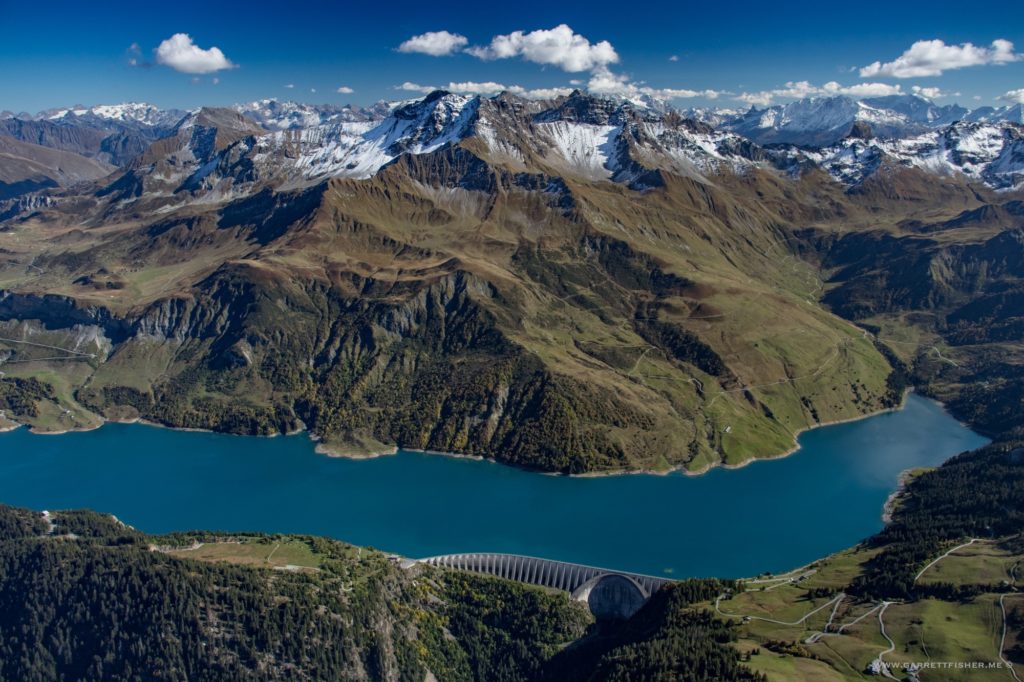 Megève altiport with Mt Blanc lurking behind. Its a one way runway. No go around.

Climbing out from Megève. 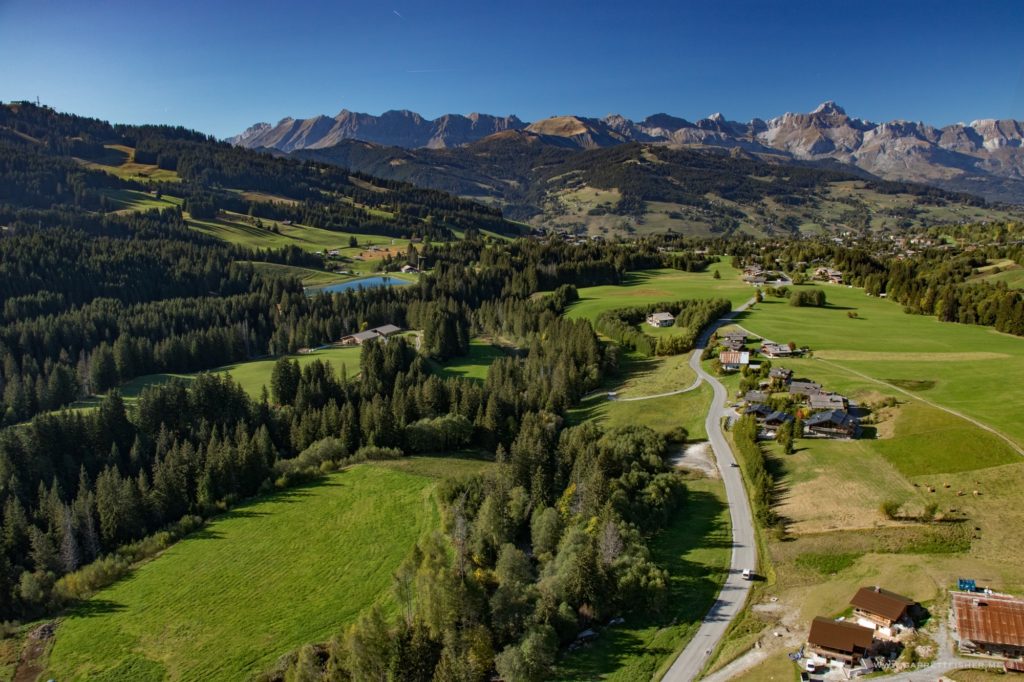 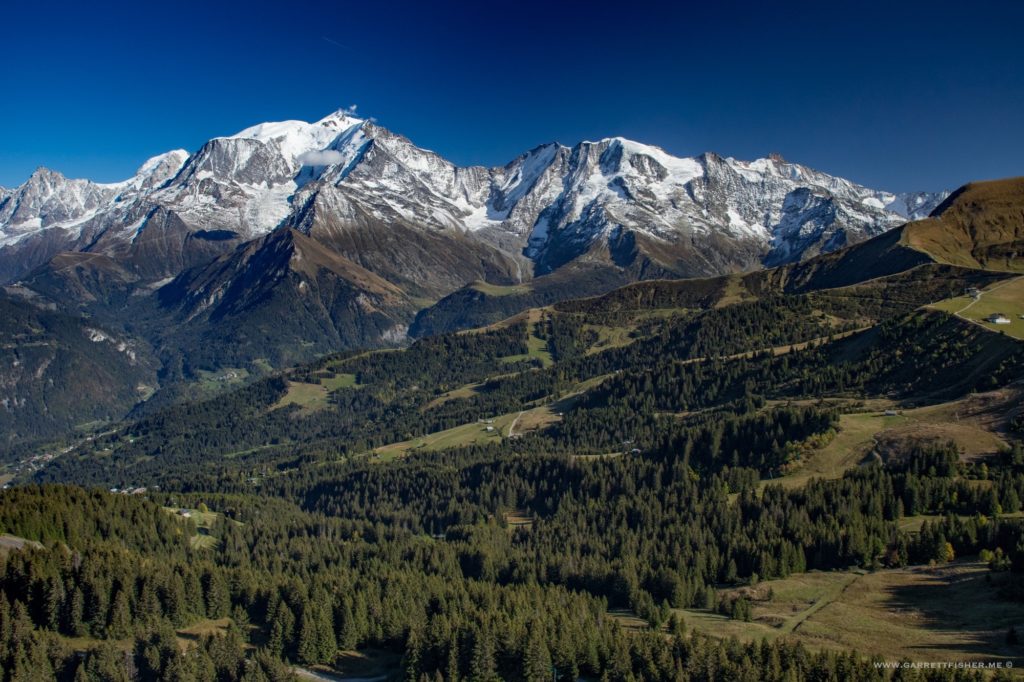 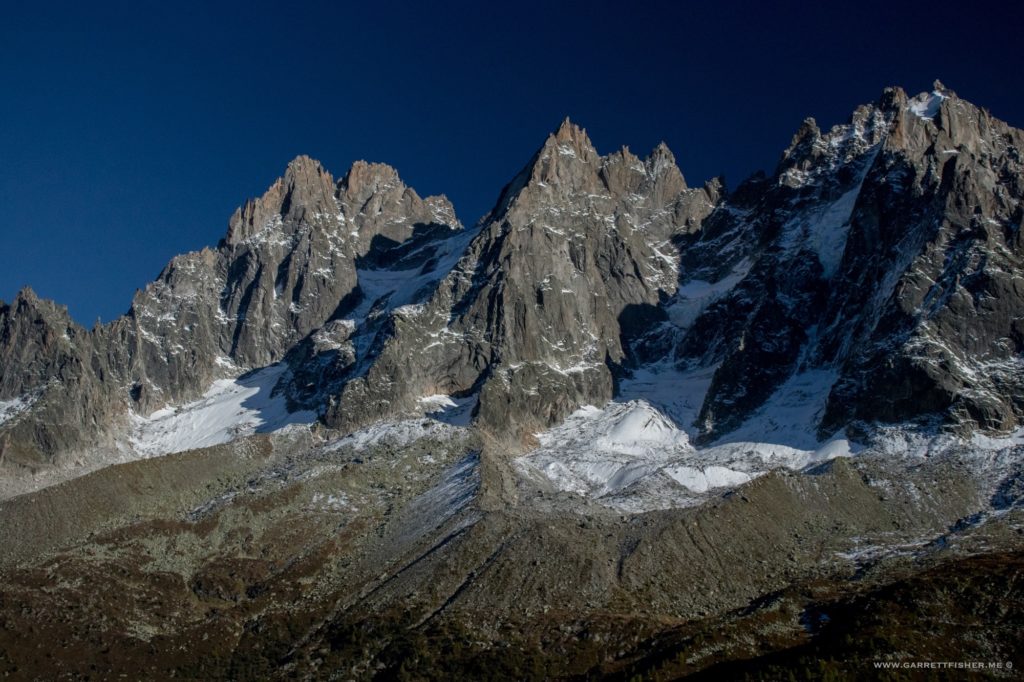 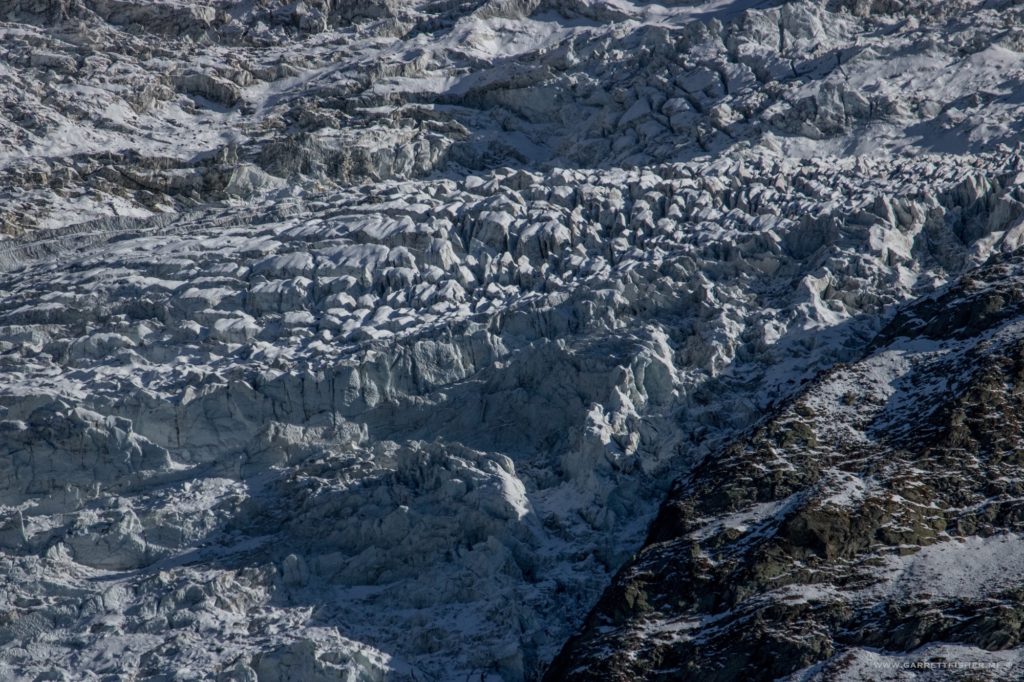 About to cross into Switzerland. 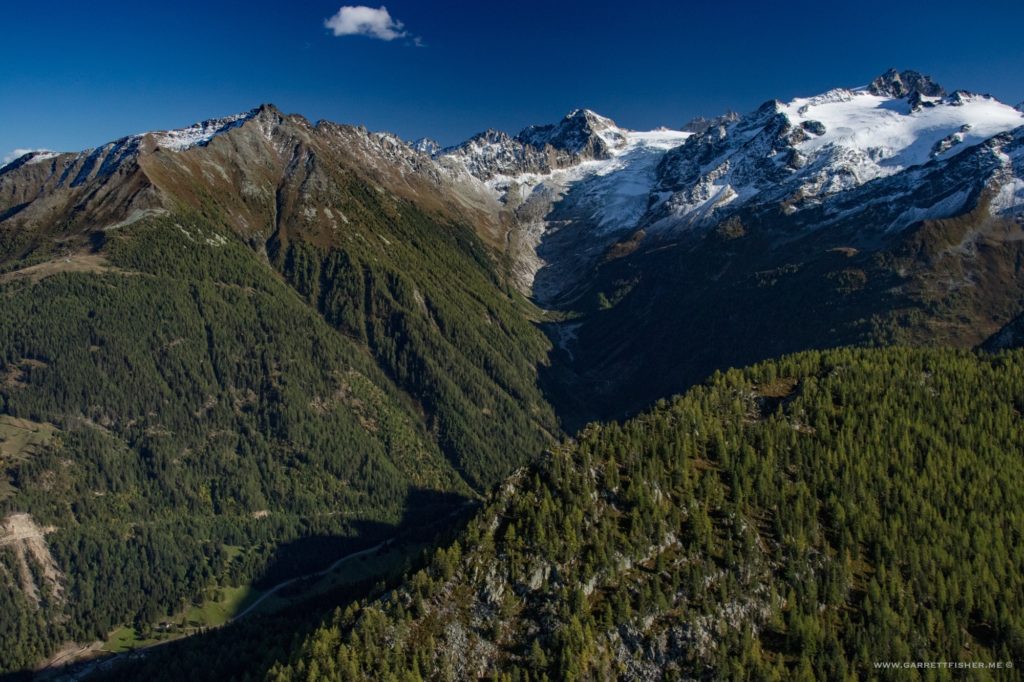 Martigny, looking down the Rhône River valley toward Lake Geneva. 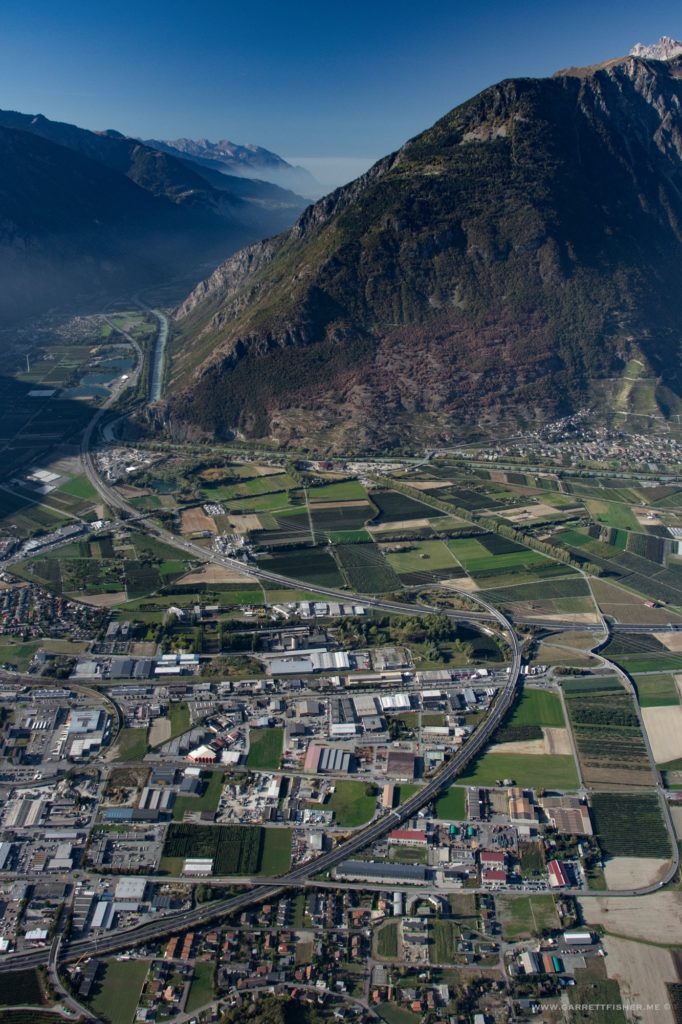 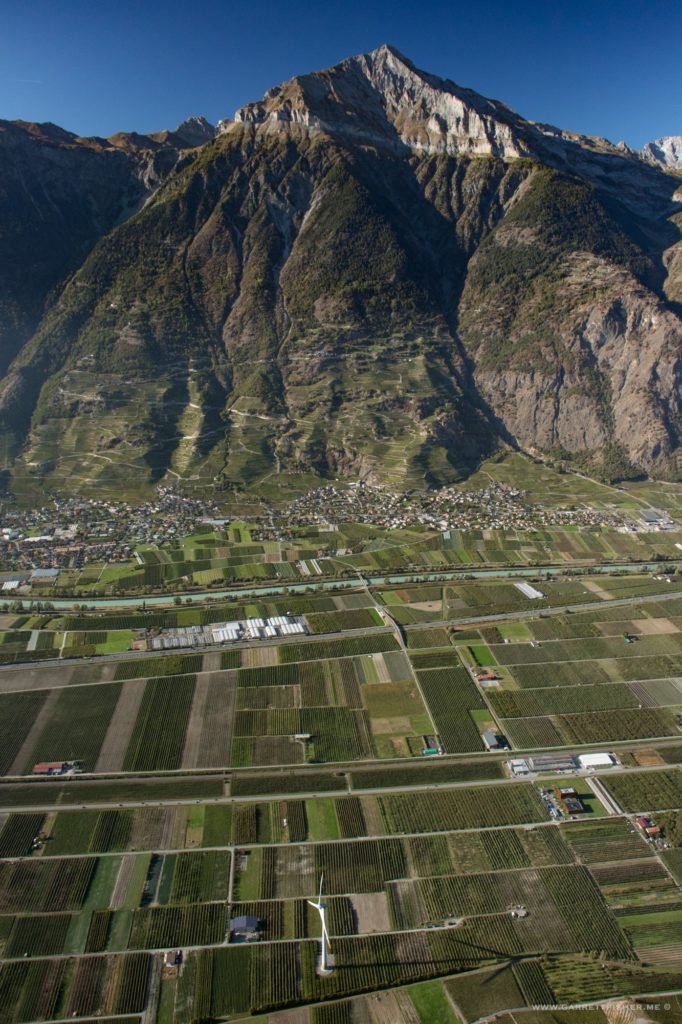