The last days of southern Norway were something of a whirlwind. It featured a final 8-hour glacier flying day with thousands of photographs, the next day flying to Bergen for the annual inspection, one day off, and then a two day minor flying binge to the southern part of the Netherlands. A long-awaited modification was due to be installed, so as part of repositioning the plane out of Norway, it went to the shop for some weeks of work.

By this point, I had flown the west coast of Sweden to Lolland Falster, Denmark twice. Since I was not heading south, but rather west at the bottom of the Jutland Peninsula, the more expedient routing was to hop over the water from Sweden to Skagen, Denmark, which would shave some time off the flight. I was on a bit of a crunch, as I had to make a stop in Norway for customs purposes, land at a viable customs airport in Denmark, and have enough fuel to have these points all work out. As it turned out, I could only make Texel for the night, which meant that I couldn’t do the whole trip in one day. There was enough daylight, just not enough opening time at airports. Why not just have them open when the sun is out? Perhaps we ought to close roads at 7PM also?

Anyway, the flight from Sweden to Denmark involved roughly 35 miles over water, which is 23 miles longer than my prior record, other than an ill-fated adventure in November of 1999, when I rented a 172 and flew from Buffalo, New York to Toronto, Canada, straight across Lake Ontario in strong wind and 6-mile visibility with water temperatures of 43 degrees Fahrenheit (5C). My rationale at the time was that “there are plenty of cargo ships heading to and from the port in Hamilton, so I can glide to one.” I admit a slight bit of pause when I was out over water and could not see land in any direction, but alas, downtown Toronto appeared out of the murk and life was good. I planned a return flight to the USA at night…in November….except I was saved from my own stupidity by the sheer fortune of the door falling off the aircraft before I started taxiing. We took a car home. Upon explaining ourselves to US Customs, we were “selected for random additional screening” at the border.

Somewhere since that monument to teenage stupidity, I developed a mortal fear of water. I don’t like it. That’s all. There is nothing more to it. It makes my skin crawl. I get the heebie jeebies. Everywhere I look, I see nothing but doom when over water…. images of an airplane cartwheeling in the water flash in my mind, along with sinking below, gasping for air, sharks, and the like. Oh wait, there was that kayak incident in Colorado when I sank in the middle of a 40F/4C lake, was gasping for air in the cold water, and had to swim to shore….

Water is not my thing.

After about 15 minutes of teeth itching, I was over Denmark. Down to Billund for fuel, where I had the “Legoland approach,” then back in the air, crossing into the Fatherland for eventual landing in the Netherlands. I could have taken a longer flight and stayed close to land. The thought toyed with me repeatedly: out over the water, or close to land? “There is no good reason to take an extra risk.” “It doesn’t save much.” “But it isn’t that much risk.” “But its water.” “And I don’t want to fly an extra 20 miles. My ass hurts.” I suppose the logic behind the addiction of crime comes into play. If I did it once already without getting caught, why not do it again?

So, 50+ miles out over water it was, cruising over the German island of Helgoland, which has an airport. I suppose having a landing option in glide range for a tiny fraction of the crossing somehow made a difference. At any rate, I eventually reunited with the German coast, crossed into the Netherlands, landed at Texel, and completed the remaining 100-mile leg the next day.

85 total miles over water with only some modest heightened fear, yet I refuse the 300-mile trip. No one ever said fears make any sense. I’d take a forced landing on a glacier at 15,000 feet in the middle of winter any day over a water ditching.

What took 8 hours of Super Cub flying time and one overnight took 36 hours, a bus, tram, three trains, and two commercial flights to do in the reverse, arriving back in Norway….to begin the three-day drive south.

The Norwegian Air Force giving me an honorary overflight as I depart Voss, Norway. 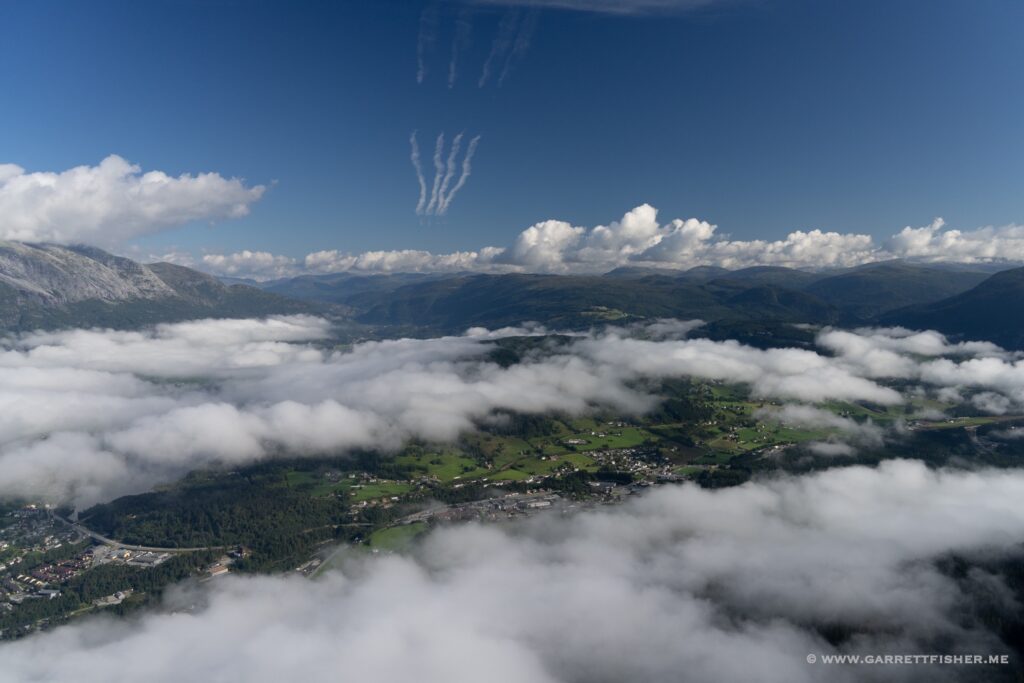 Over the Hardangervidda Plateau. This should bother me just as much as flying over water….and it doesn’t. 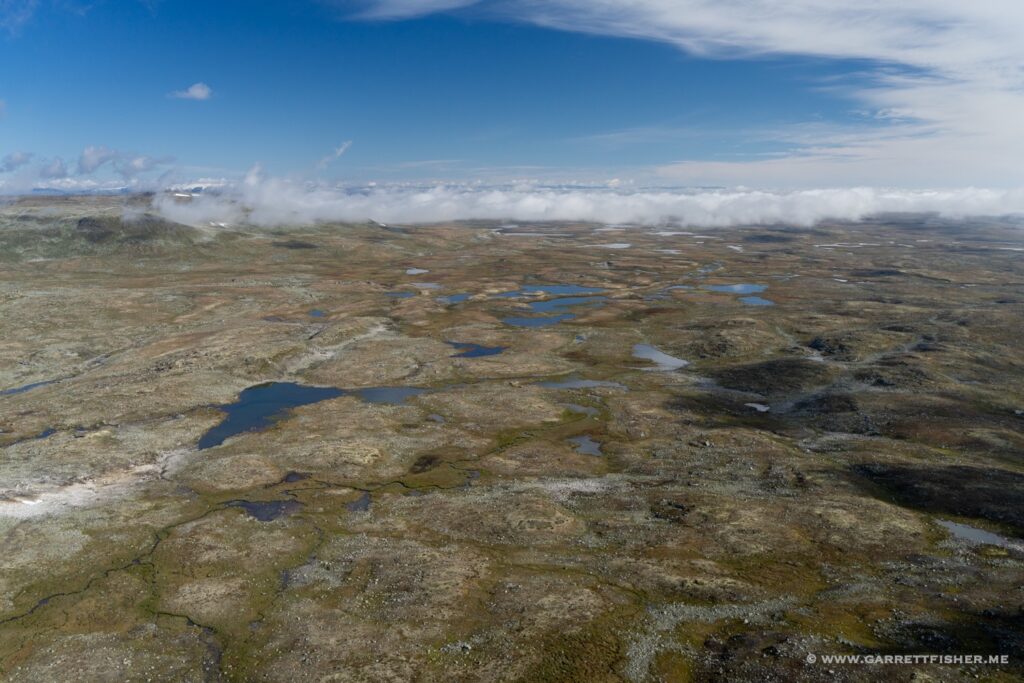 West coast of Sweden, about to turn over the water. 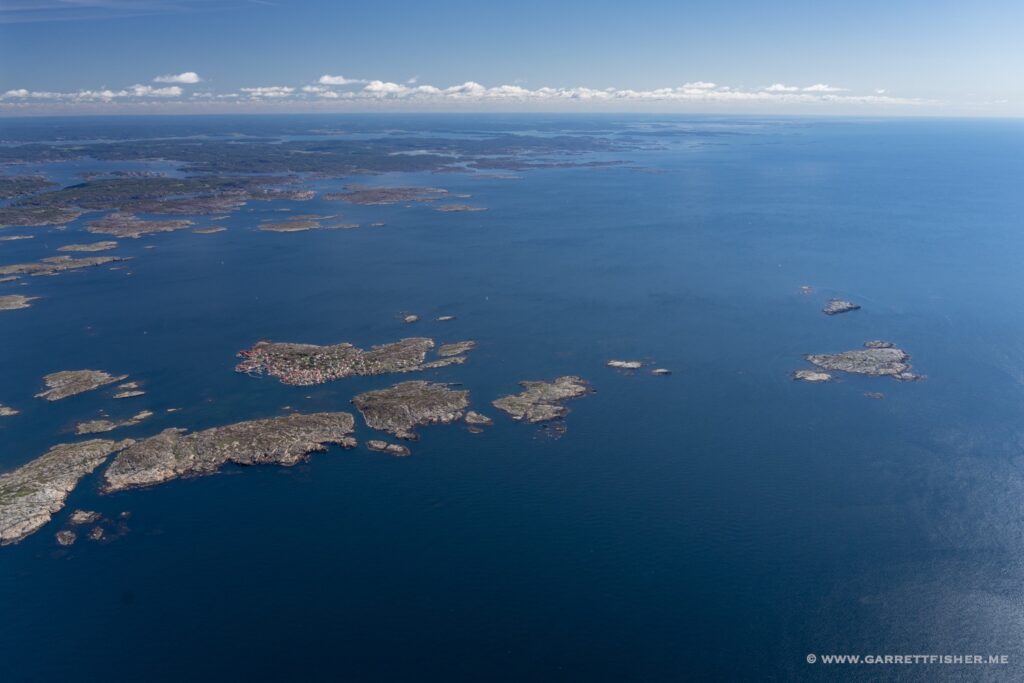 Even though I can see Skagen, Denmark on the horizon, I do not like it. At all. 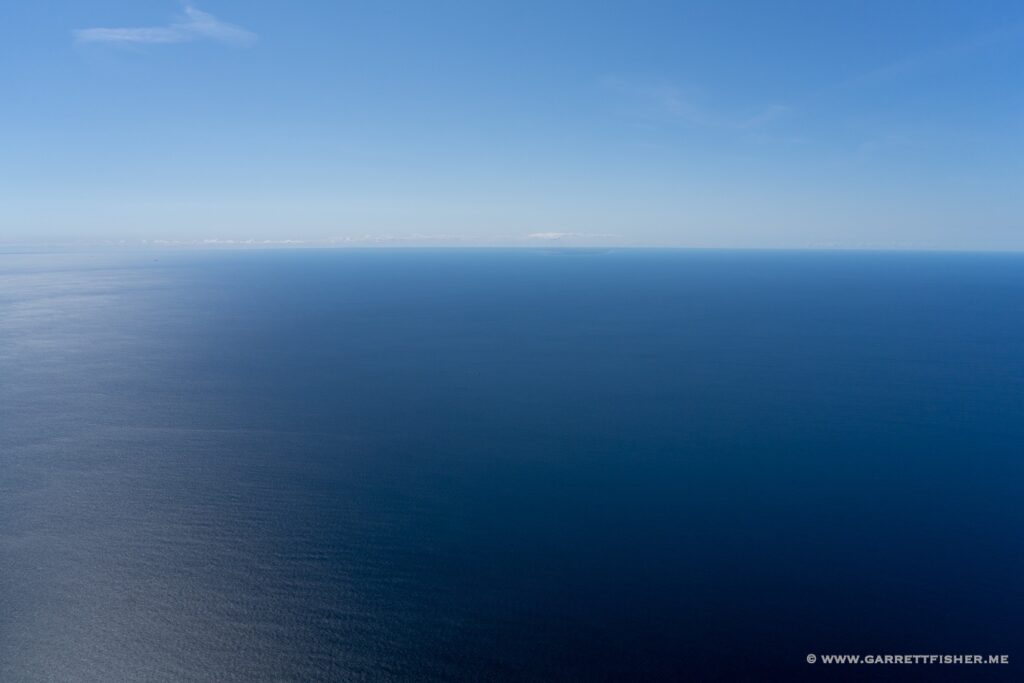 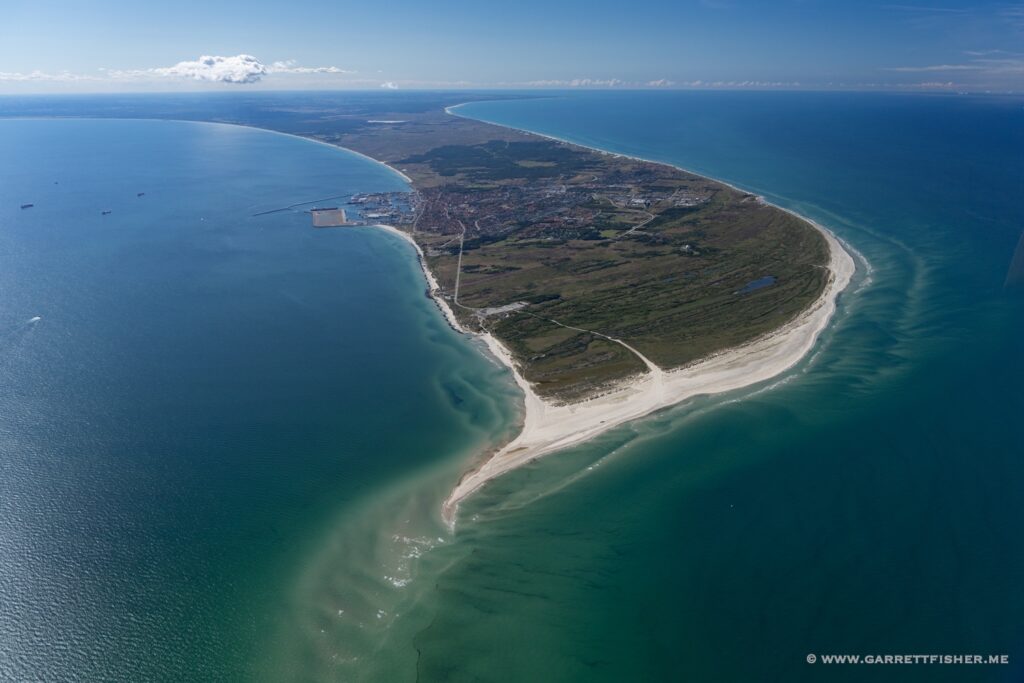 Helgoland, Germany. A pilot friend noted that it is common to see visiting general aviation aircraft arrive here with an entire family (with small children) disembark, none of which have life jackets and no flight plan. If the engine quit, it likely would be the end of them given the water temperatures. Ignorance is bliss. 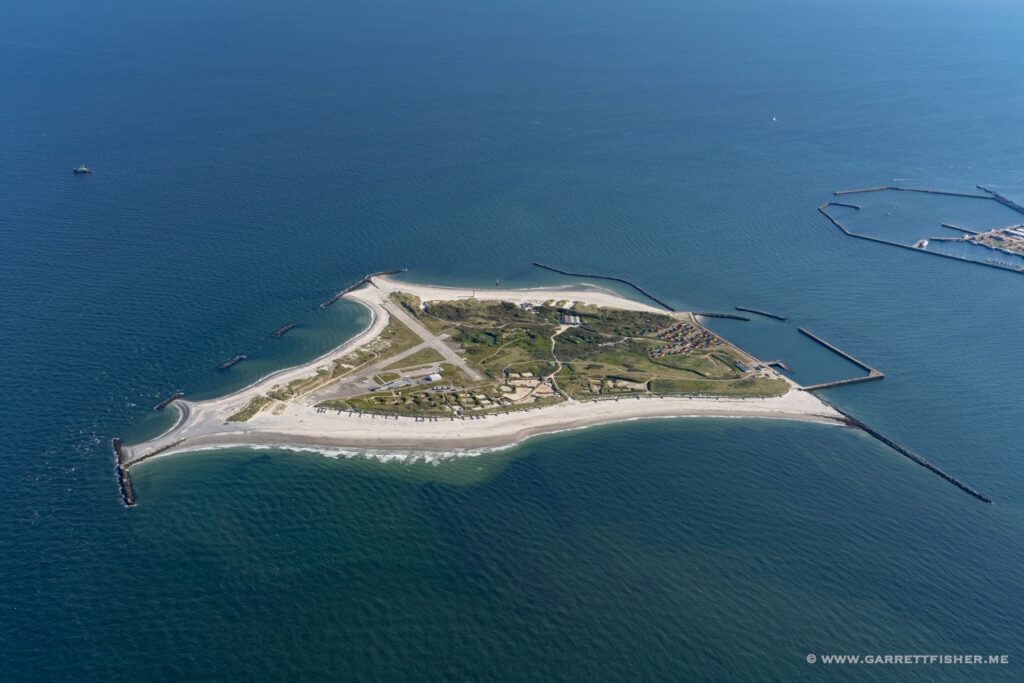 German mainland on the horizon. Clearly since I didn’t sink the first time, I am immune to risk now. 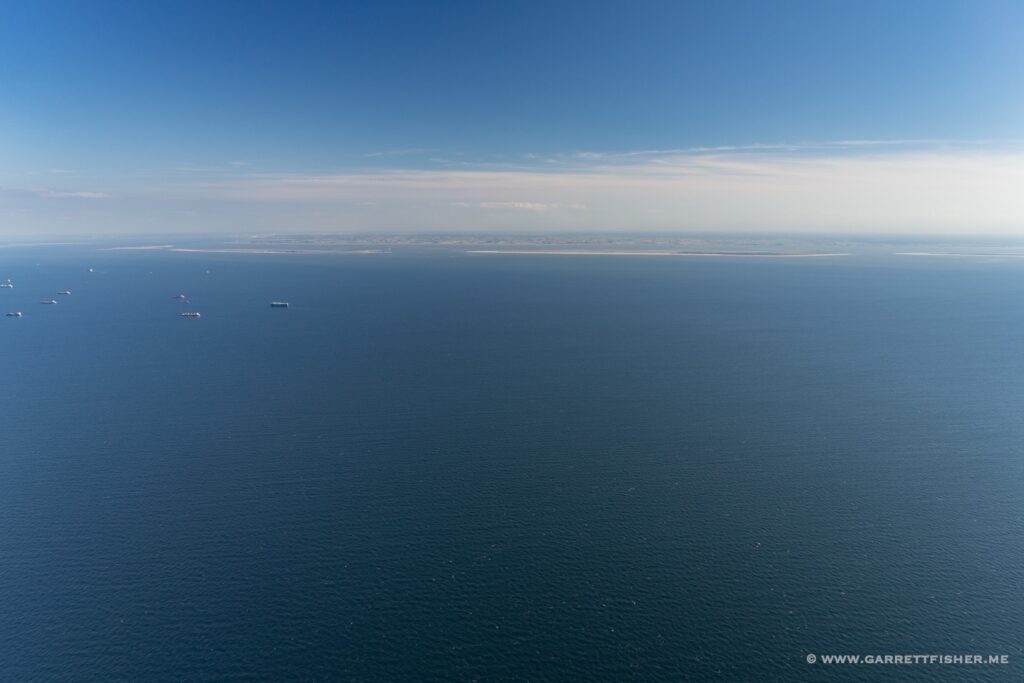 While one could argue that the scenery along the Dutch coast is pretty, it is hard to notice when one’s rear end is in a pitiful condition from too much flying. 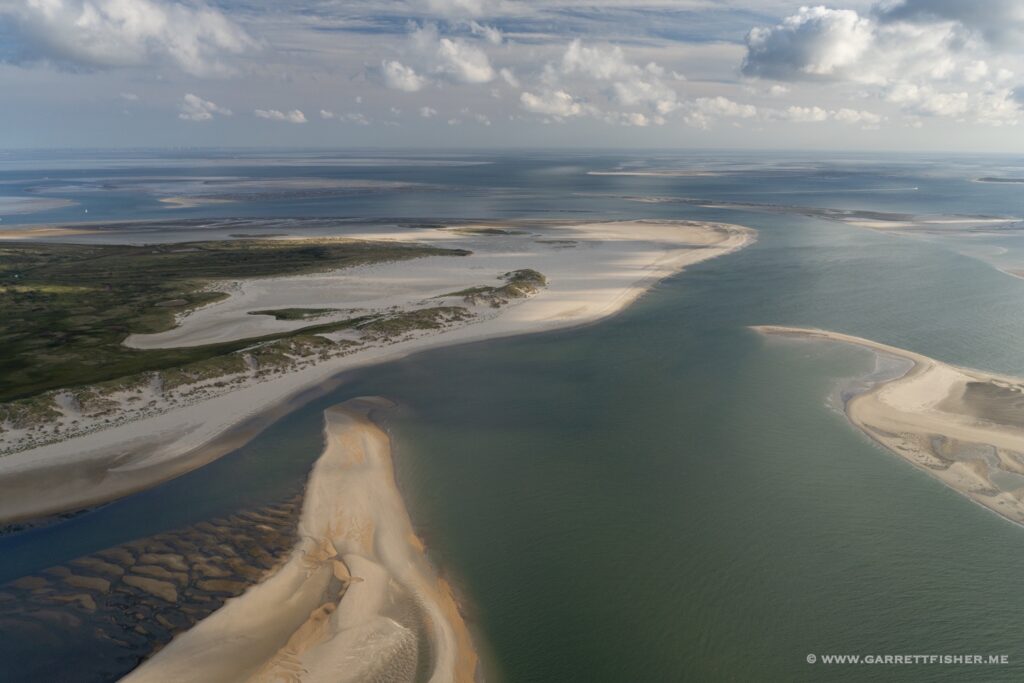