I have devoted some thought bandwidth to the concept behind the “spark” that fires in the mind, where I get an idea to go flying. That spark is derived of something: a change in weather, lighting, the fact I haven’t gone flying in three days, or something specific that I want to go and see. While it is a curiosity how that spark can maintain traction until the flight in question, there is a sub-theme that arises. Namely, how often do I devise a scheme to go flying to see something specific, and end up with something else?

I’d say it happens at least 50% of the time. I decided this time to head toward Mt. Blanc, as I hadn’t been there yet in mid-winter. It was a day virtually devoid of upper level winds, which while that can lower workload, it also makes it hard to get above the summit, which is a great reverse segue to my original idea: to photograph some of the aiguilles in France from directly overhead. It was something I hadn’t done yet, and it would make for an interesting subject, as the last time I had done it to my satisfaction was over Grand Teton in Wyoming.

I only ended up looking straight down upon the Aiguille du Dru. Dent du Géant showed some interesting promise. “Giant’s Tooth” in French, it looks like a reverse canine tooth, except it towers to 13,166 feet in elevation, with a remarkable vertical prominence. This is another peak I seemed to keep my distance from historically, likely to do with upper level wind in turmoil. At any rate, when I got close, I saw a person standing on the summit.

Or so I thought.

As I circled around, taking zoom photos, I was awed at the prospect of someone standing on the peak in mid-winter, taking in a remarkable view of the Aosta Valley of Italy below. After I returned home, I downloaded my photos and something looked off. First, the “person” was remarkably wide from the northern view. Second, there was no change in position whatsoever. Finally viewing my closest zooms, it was evident that it was a statue.

The question then becomes, who’s statue is it? Jesus was the first thing that came to mind, except a youth in Catholic-infused Upstate New York taught me enough about how the Virgin Mary is presented. I googled the summit, and responses in English were no help, though I found some results in French (a nod to French linguistic smugness and the fact that I am beginning to understand some of it). In 1904 two climbers dragged an aluminum statue of “the Virgin” (identity not disclosed but I think I know which one) to the summit. It has since then been struck by lightning enough times to melt the head part of the statue.

Above Glacier du Tour, France. Note the U shaped marks in the snow in the center and right. That is when airplanes land on the glacier, turn around, and take off. The snow “drifts” are 200 or more feet tall below.

I literally groaned with pleasure when I saw this image (a la Sean Connery in “Entrapment” when he gazes upon Catherine Zeta-Jones in tight leather pants). Aiguille du Chardonnet with Glacier d’Argentiere, France down below. What can I say….scandalous affairs are the norm in France. 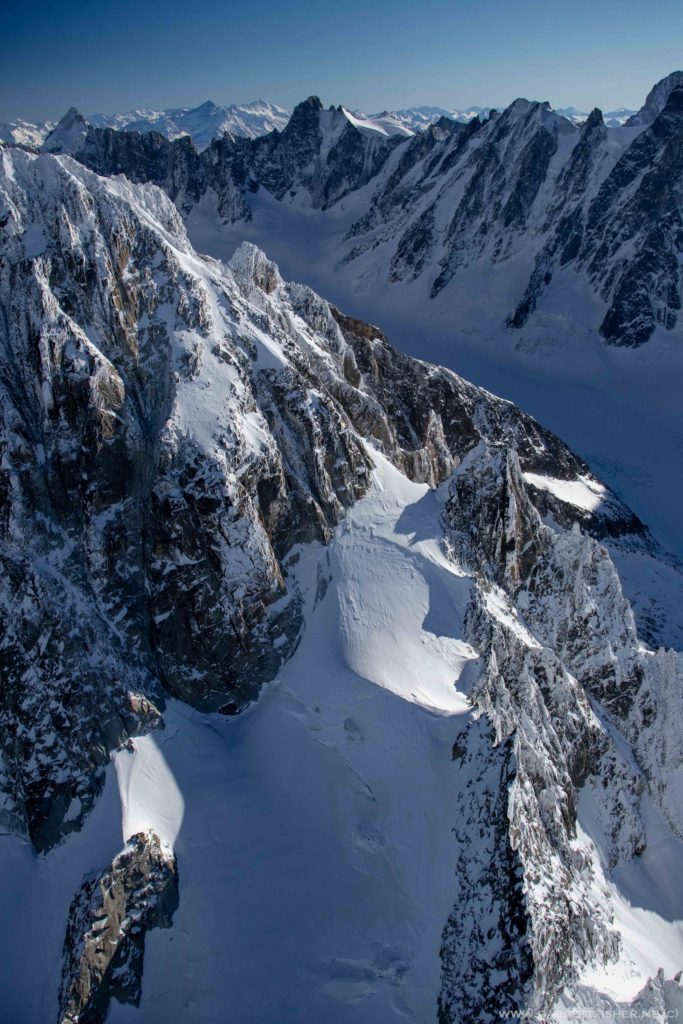 Staring down the path of an avalanche. Shadowed foreground is France, avalanched chaos is Italy. 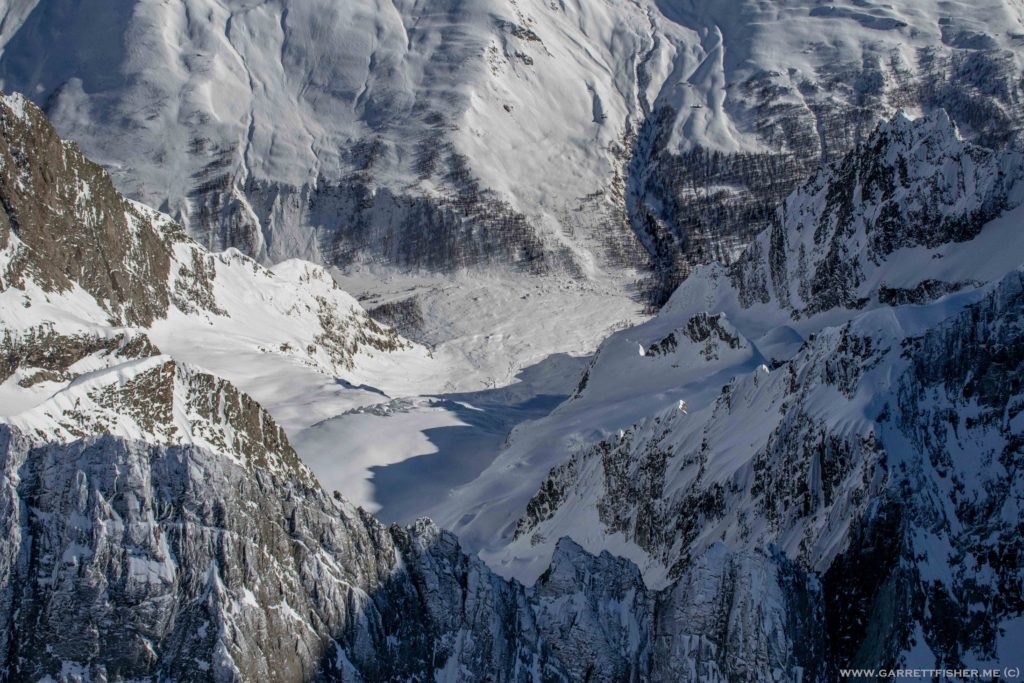 There is a reason things like “the north face” or “north slope” of terrain is foreboding: the sun doesn’t hit it. At any rate, this is the north side of Grandes Jorasses (13,806′). 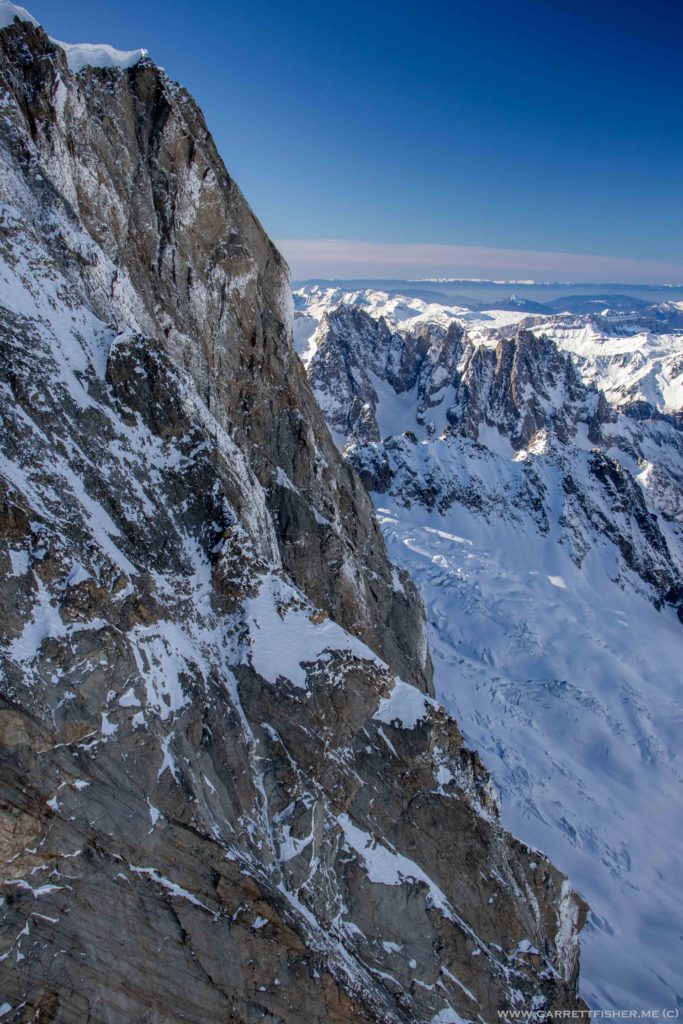 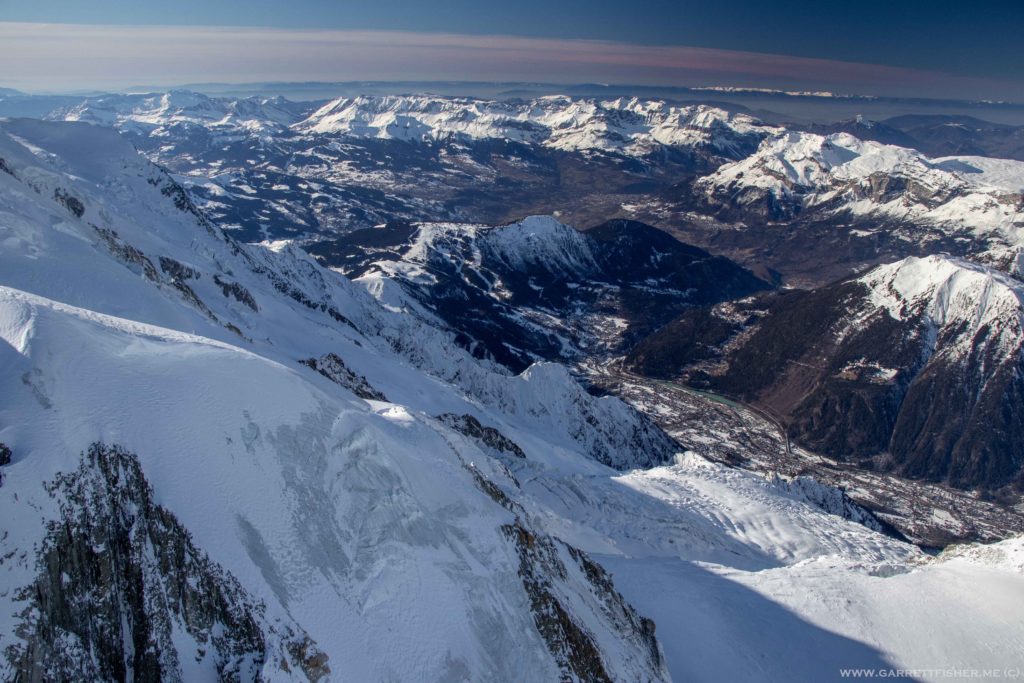 Mt. Blanc in black and white, my new website background image replacing a tired ground photo taken in August 2013 on the backside of Buffalo Mountain, Colorado. 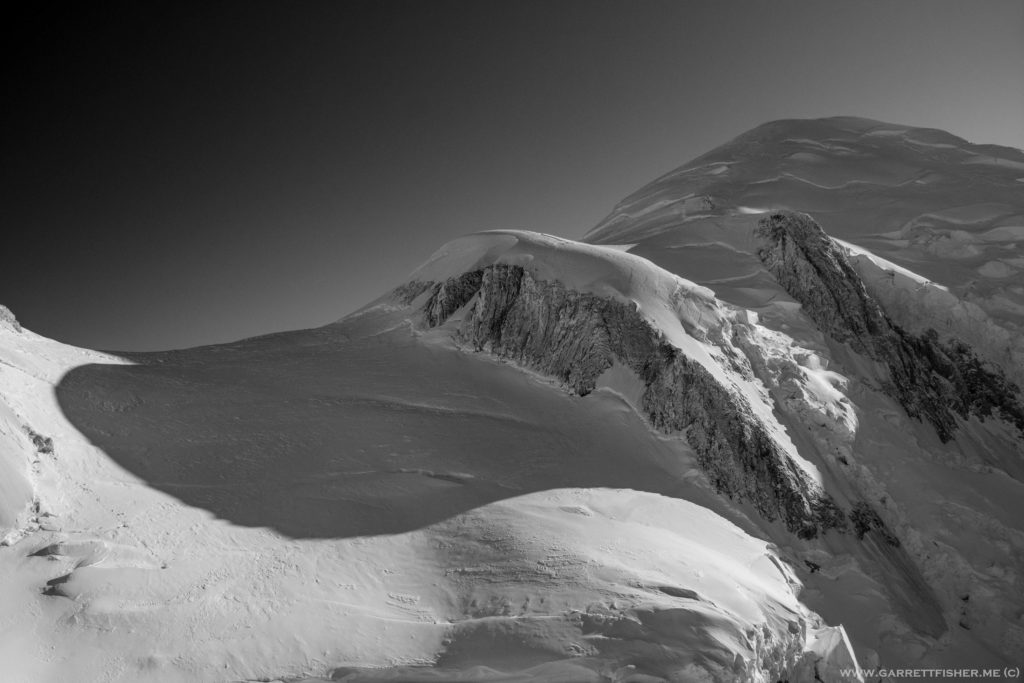 Southwest slope of Mt. Blanc. Italy lurks in the background. 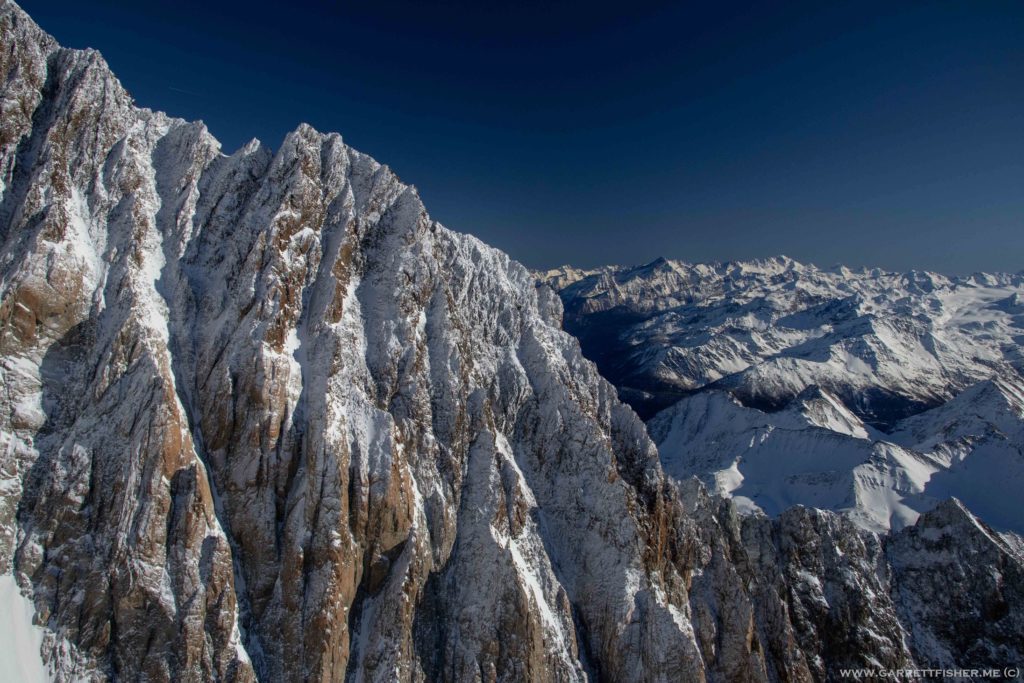 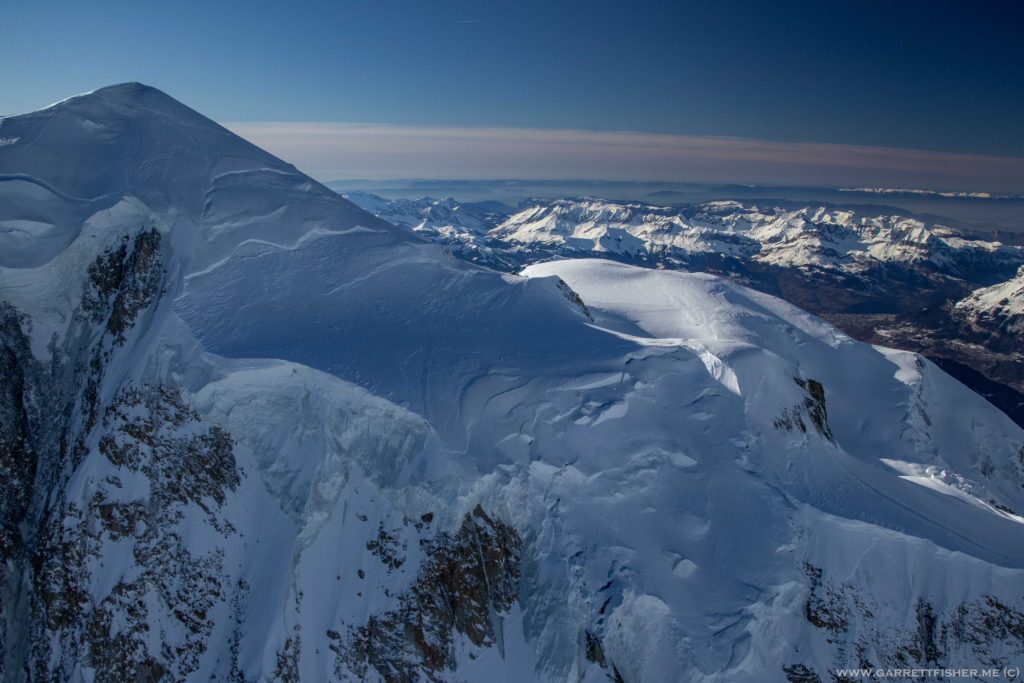 This image calls to mind a snarky remark from a friend from high school. When she learned of my move to Colorado some years ago, the [thinly-veiled jealous] reply was: “Did you move there because the mountains are pointy?” 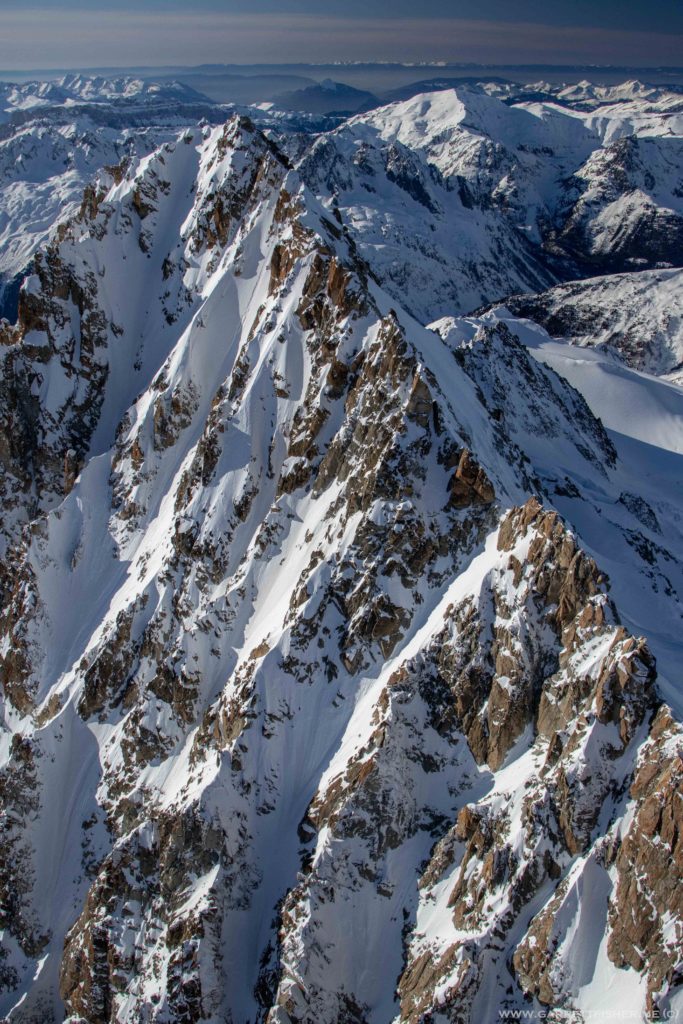 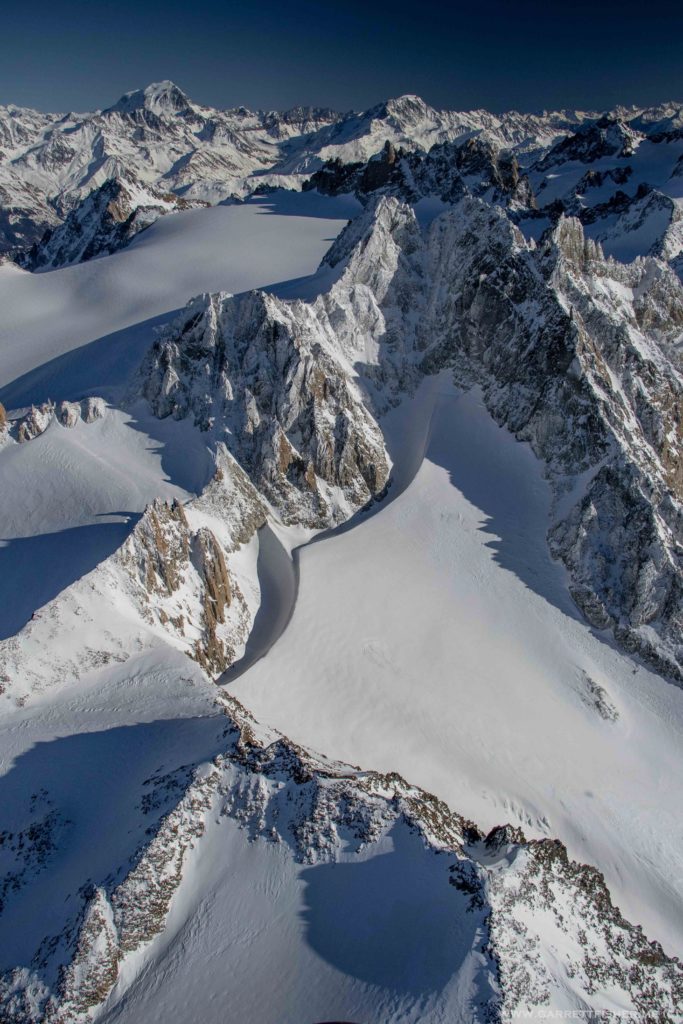 And now, we get to the subject of the blog: virginity. This is “Dent du Géant, France” at 13,166′ elevation, with Italy in the background. Note the “person” on the left summit. From the north. 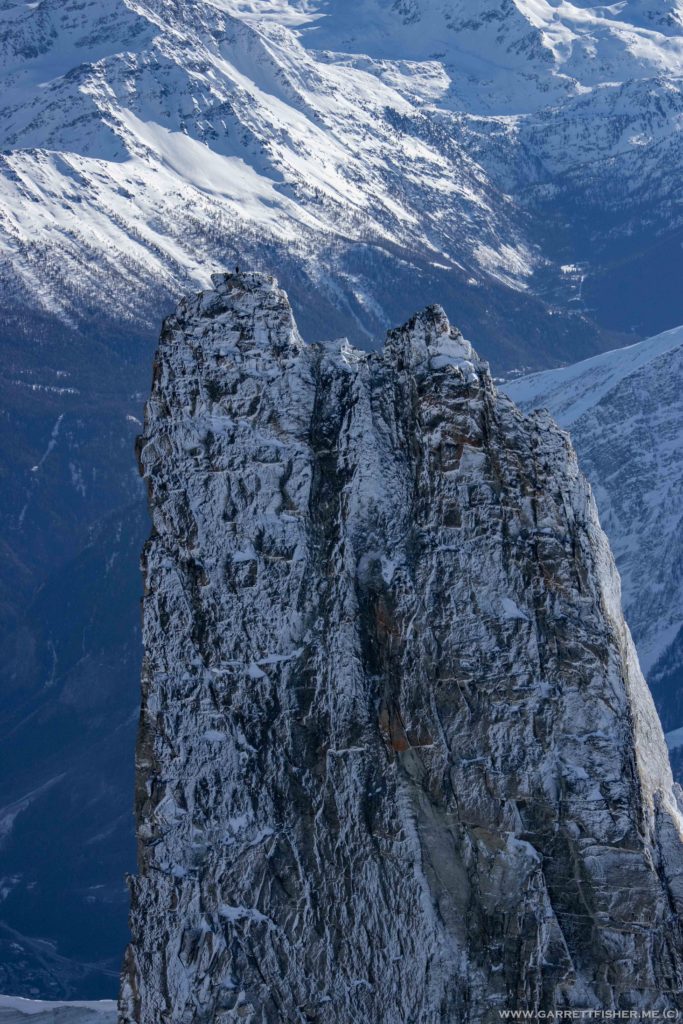 Wait a second….this looks a bit Catholic. From the west. 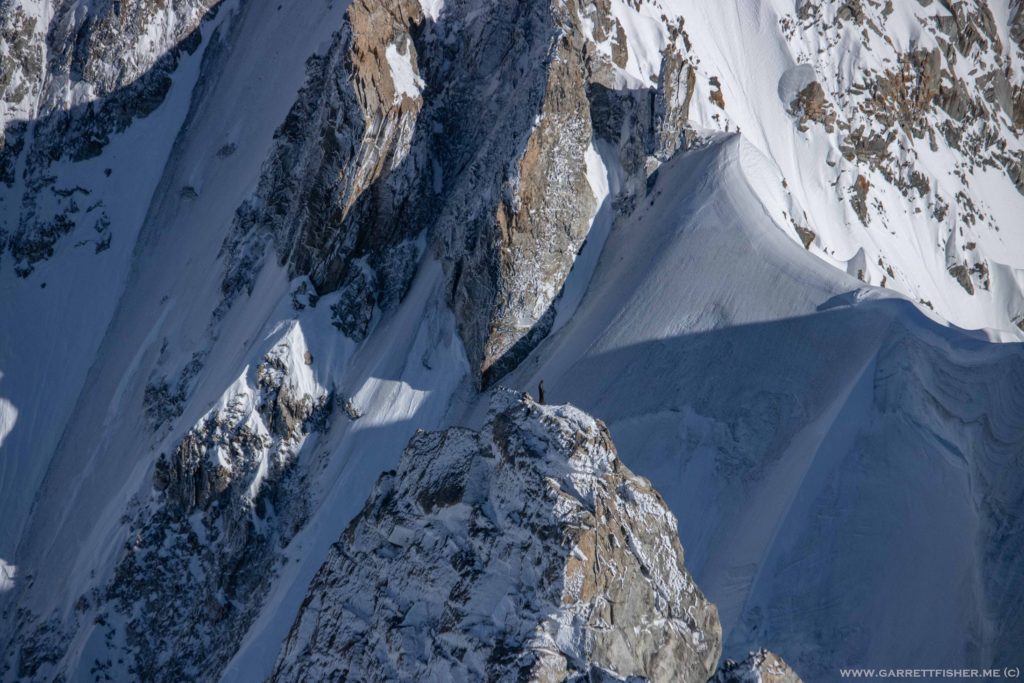 And “The Virgin.” View from the east. 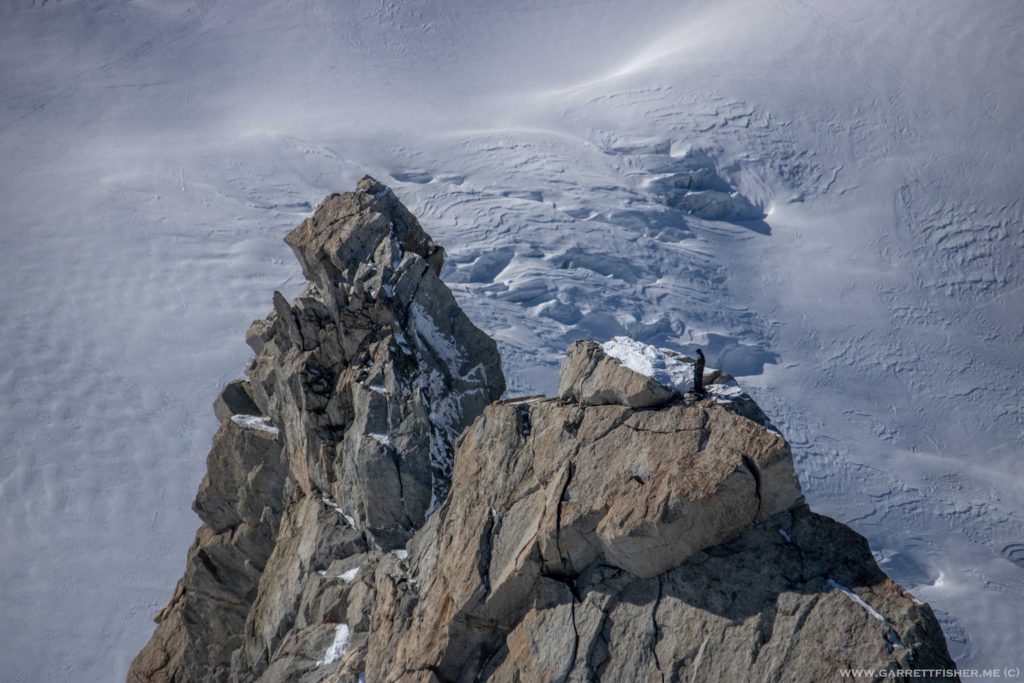