So pretty much every project with a list of tall mountains goes something like this: “it can’t be that hard to get them all.” And then it is, taking far longer than I expect, for whatever reason surprises me each time. I can blame the Pyrenees for having a ton of beauty and rugged peaks nearby to play with, that happen to not make the official list of peaks over 3000 meters (9,843 feet). Everything that blog followers have seen around La Cerdanya is a hair too short, with the nearest 3000er northwest of Andorra. The farthest one is almost in Basque Country, which was a limiting factor in that I had to cover some distance before I’d even begin to get to most of them, and then had to go even more to get the rest.

I’d say the biggest challenge with the Pyrenees is the fact that they span three countries, are rather rugged, and the airport network is sparse compared to the USA. If one is knowledgeable about something, then that confers some confidence, and can make anything possible. Battling the linguistic unknowns of the Iberian Peninsula made this one more challenging than I would have expected. Oh, and mountain waves. There are lots of mountain waves here. Who knew (other than the locals)?

The book is available in English on Amazon in the USA and Europe. A Spanish translation is coming in the near future. 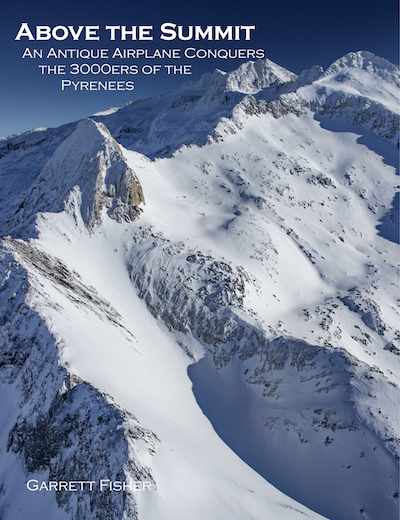