As if moving internationally is not enough, I decided that I should get on with publishing the first of many books related to this past summer of flying. All told, I flew well over 300 hours in the State of Wyoming, covering a distance of just over 25,000 miles, which happens to be slightly more than the distance around the circumference of planet earth.

This time, I am attempting to work with publishers to place some of the more recognizable titles. There are some areas of focus that publishers simply won’t be able to get their head around, so I decided to start with those on the self-publishing route. That, and the traditional publishing world takes an extraordinary amount of time to get things to market. It’s an entirely different animal that I am getting used to.

The first is based on my origin point for all of my flying: the Star Valley. For those of you that have followed the blog the entire time, then you have experienced the journey of discovery as I came to understand the weather patterns, terrain, and most importantly, the opportunities for beauty. Densely packed with beautiful imagery, “Flying the Star Valley” is the first of the Wyoming series and focuses on the valley itself, its four adjoining mountain ranges, and three river basins that comprise the area.

I’d have to say that this book took a different tone than prior works. In the past, I would focus on a particular area, or all of a certain feature set (mountains over 14,000′ feet in Colorado is a great example). The effort went into showing all of the particular item in question. The Star Valley is not a series of finite points, and it is also a smaller geographic area. I found myself gravitating to imagery of how time, weather, and season interacted with terrain, showing depth of texture, movement, and perspectives not only of scenery, also of weather that are not viewable from the ground. 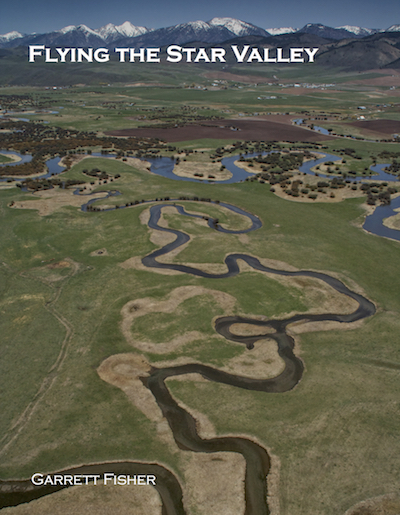