Catalan independence flag, laid out with rocks above timberline at 8,000 feet in Cadí-Moixeró…. 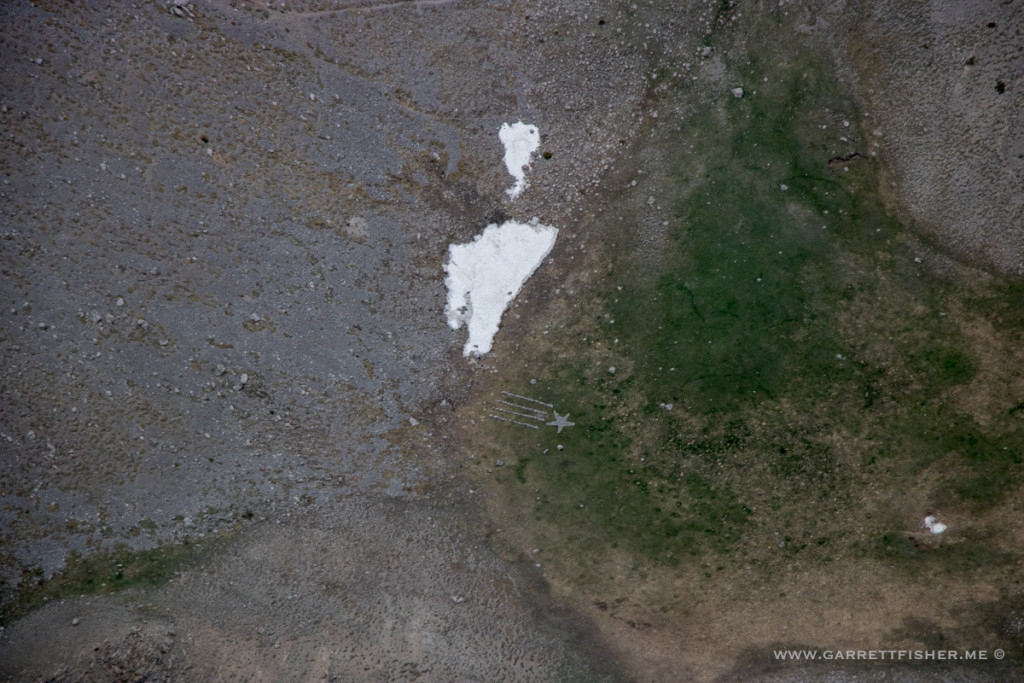 There is no shortage of drama while living the expat life in a separatist border region! For those that read the news, Catalonia is caught in the throes of struggle in its attempt to hold a referendum tomorrow on the matter of independence from Spain. Yes, we live in Catalonia.

The referendum itself violates Spanish law and its constitution. The Catalans, on the other hand, do not care. What has resulted is a very interesting game of cat and mouse. Catalonia’s Parliament passed a law to hold a referendum and included provisions that, if the referendum does not happen, the Republic of Catalonia is formed automatically. Spain’s Constitutional Court (and ironically Catalonia’s High Court) ruled the referendum illegal. Catalonia’s President proceeded ahead anyway, so Spain took over the region’s finances, arrested 14 politicians, blocked access to voting apps, databases for electronic voting, and various pro-voting websites. Printeries were raided, ballots seized, and thousands of paramilitary police shipped in on a cruise ship literally decorated with enormous Looney Tunes character artwork. There is nothing like hordes of purportedly hyper-masculine riot officers stepping off a cartoon ship in a party town. Well, there is: it was when a friend of mine got interrogated by a Mexican federale holding a machine gun and a Hello Kitty pad for taking notes. But I digress.

So, tomorrow, the Catalans go the polls, well, sort of. Police have shut down a third of the stations, and families with children have started squatting in schools to keep the police out so the stations can be used. Catalan farmers drove into Barcelona (among other places) with hordes of tractors to keep the police out of polling stations. A Spanish judge ordered Google to remove an app that leads people to voting stations, and Spanish law enforcement blew the doors down on the region’s telecom nerve center to control access to the internet.

Spain has been compared to North Korea, Turkey, the Franco dictatorship, and Nazis and called undemocratic. The Catalans have been called Nazis, undemocratic, and a coup d’etat. The UN High Commissioner of Human Rights denounced stamping out freedom of the press. The European Union said it’s “an internal matter.” Everyone doesn’t like the Prime Minister of Spain: Catalans and Spaniards alike.

The reality is, only separatists will go to the polls. I have spoken to non-Catalans, and they cannot be bothered. So, inevitably, if all hell doesn’t break any further loose, and the Spanish cartoon police do not seize all of the ballots and start smacking people with batons while it is being counted, the vote will be for independence. More than likely, an independence declaration will be made. What happens then? Anyone’s guess. There are a few options: Spain promptly and unceremoniously throws Carles Puidgemont, the region’s President, in jail, nobody cares, or the people go freaking apeshit and actually achieve independence. In any case, I hope the euro drops because I would like to buy some hockey skates, and that would make them cheaper.

People ask: “what are you going to do?” Nothing. Literally, a herd of cows kept us up last night. They brought them down from the mountains after summer grazing, and they were bitching and mooing up a storm. That is all that happens in our rural little enclave. Well, that and someone smacked a “Vote to be free” sticker on our garbage can, not realizing we are not citizens and cannot vote, and there are no other permanent residents in our village.

If society collapses, we are 12km from France by car. If the French decide to close the border (they have a phrase: “Africa begins at the Pyrenees”), then we’ll pile in the airplane and fly to the other side, declaring an aeronautical emergency and requesting asylum. I’m glad I kept our German visas.

As they say, “Spain is different.”

Catalan independence flag on a hill near Massis del Montseny. 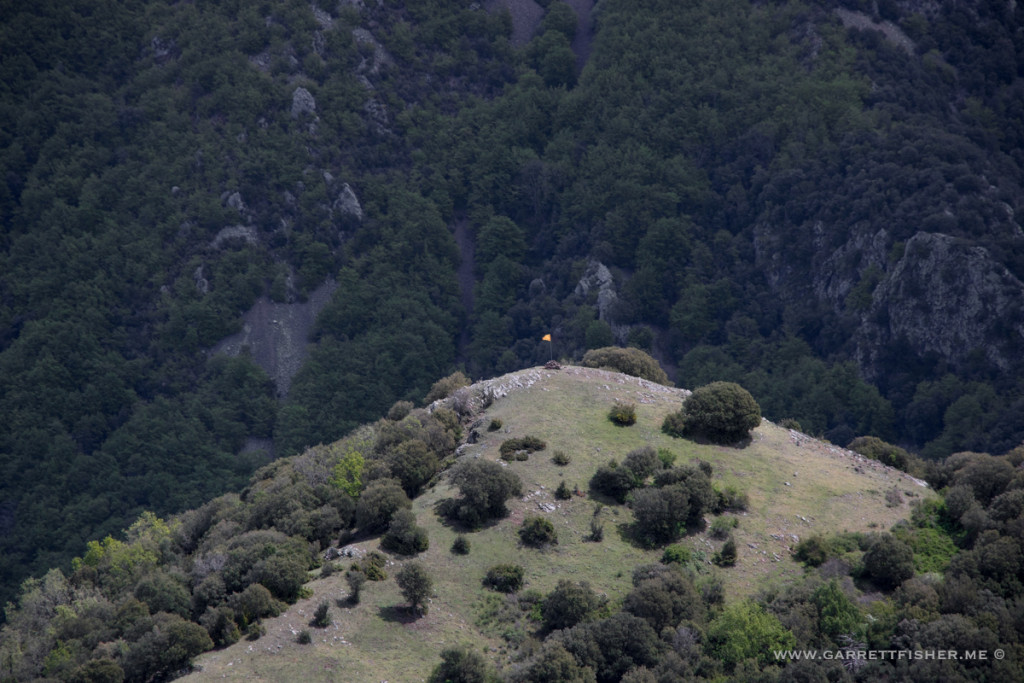 Catalan independence flag on a rock near Cercs… 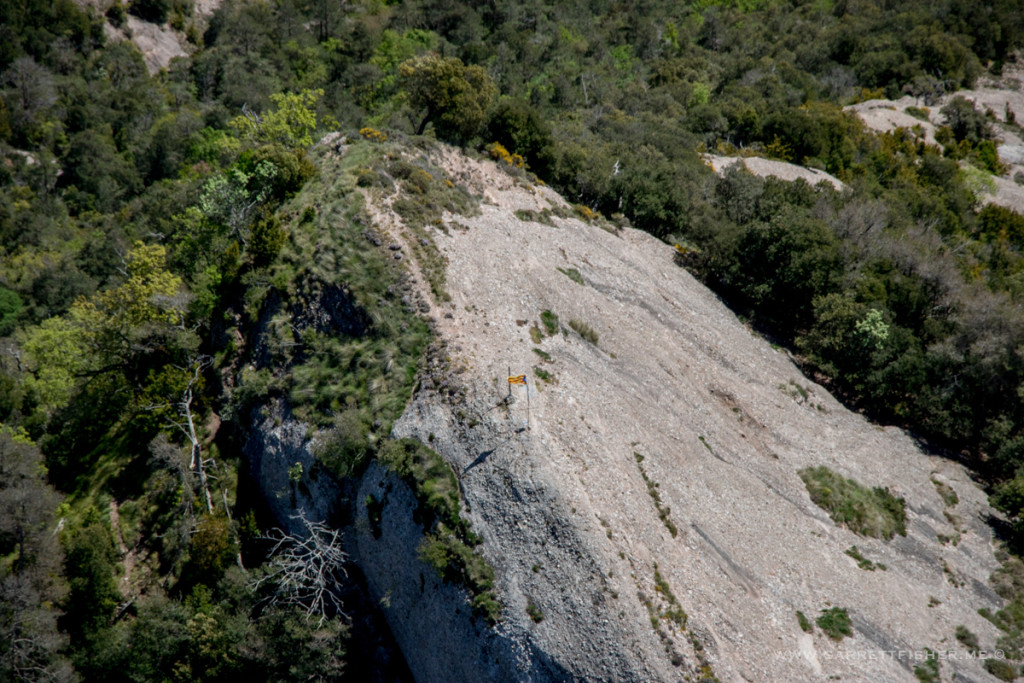