The weeks building up to referendum on October 1 featured some downright amusing games of cat and mouse, a veritable soap opera that foreigners mostly would ignore as a domestic matter. As October 1 came, shocking events transpired in Catalunya that will not be forgotten in this country.

As previously mentioned, the referendum did not have legal standing under Spanish law. That meant that Spain had no obligation to respect it, and any anticipation that Catalunya would somehow become a separate nation would hinge upon separate events: a declaration of independence, action to eject Spanish rule, coupled with Spain somehow allowing it to happen without resisting. The mere presence of a referendum really is empty without further action.

I must point out that counties in Colorado voted to secede from the State of Colorado and form the State of Northern Colorado a few years ago. A few months ago, Puerto Rico voted for statehood. In both instances, it would require Congressional and Presidential approval to be binding, so nothing happened. A “valid” referendum, properly and duly counted, had no legal teeth to create the underlying circumstances for which the people voted for.

That leaves me wondering why the government of Spain elected to attack its own citizens. The videos I have watched literally make me sick: defenseless people, women, the elderly– shot with rubber bullets, smashed with police batons, hurled down the stairs, kicked repeatedly, thrown (quite violently, actually). In some videos, people writing in pain are kicked again, just for good measure by riot police. The crime? Lining up to vote in a referendum that the Constitutional Court said is meaningless. Who are the perpetrators here? I would contend it is not the citizenry. By taking out national anger on the innocent (who are not the criminals as far as I can understand from the court order), the government has made a grave political mistake. I also see some tinges of pathology here: how can an officer sworn to protect and serve repeatedly harm old people?

Catalans made it clear for months leading up to this day that “the world is watching.” My advice to them was that the world watched millions of Jews get slaughtered before we chose to act. As I write this, the Rohingya in Myanmar are fleeing for their lives. Do we care enough to act? No. My opinion was that 10,000 dead would convene European institutions to meet. 50,000 would create incredible outcry. It would take at least 100,000 dead, in my view, inside the framework of the European Union, before the EU would use force to interfere with a Member State’s internal affairs. Curiously, only one European head of state has denounced the violence against peaceful citizenry: Belgium. France, Germany, the UK, and Scotland have had minority political leaders denounce the violence, but not their heads of state. I can only wonder why action that in a court of law would be deemed in violation of national and European human rights is meeting such silence.

I decided to take a walk this afternoon, driving to a nearby village, and wandering around the countryside for a bit. I saw some people lined up at a town building, so I went over to investigate. Clearly it was an election line, so like a moth to a flame, I walked over hoping to photograph some of the event to share. Then I saw some police and continued along, getting scowled at viciously by the people hanging around the town square. Emerging on the other side, I saw an innocent looking person sitting behind the building, and asked him if people were voting. Our conversation switched to English quickly, as he turns out to be American, and we had quite a lively discussion. Apparently, I look just like some of the Guardia Civil officers that showed up with attack dogs and tried to steal the “urns” (voting boxes, as they call them). Apparently, the Spanish police figured out they could steal full urns (instead of the empty ones they were so hell bent on confiscating), and the Catalans in turn figured out they could sneak out the back door with the full urns as the police arrived and bring them back when they leave (you must admit, it’s kind of amusing). This apparently went down here in La Cerdanya. Voter turnout in this neck of the woods was apparently sky high. I am told that the news of police violence out of Barcelona this morning was incredibly motivating.

So what happens now? The voting is finishing up, despite news sites being blocked, and despite blocking the Catalan sites used to tally the vote. Facebook traffic tells me they had to use VPNs routing through other countries to get it done. When the numbers come in, I predict a vote to leave, with turn out being high given the circumstances though not necessarily that high compared to an election without disruption.

All indications then point to Tuesday. The Catalan government previously indicated they would declare independence based on a yes vote within 48 hours. We shall see what happens, though I am quite certain that today was only a preview of a level of unrest that everyone told me wouldn’t happen.

I did also go flying today. If history is being made (or everything is simply going to hell), I might as well go up in the Cub. 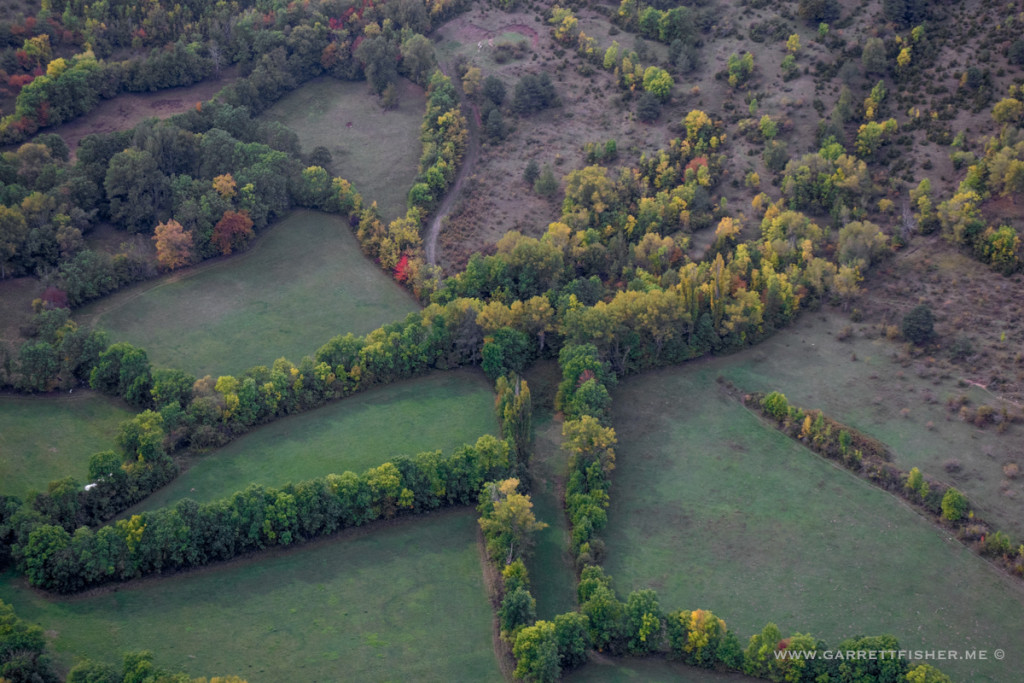 Cadí-Moixeró. These rocks have seen the Romans, Visigoths, Moors, the slaughter of the Cathars, Holy Roman Empire, Napoleon’s armies, Franco’s dictatorship, and the recent idea of basic human rights and nonviolence. If they could speak, we would think they are wise, yet humanity seems continuously ignorant of history which can tell us the same things. 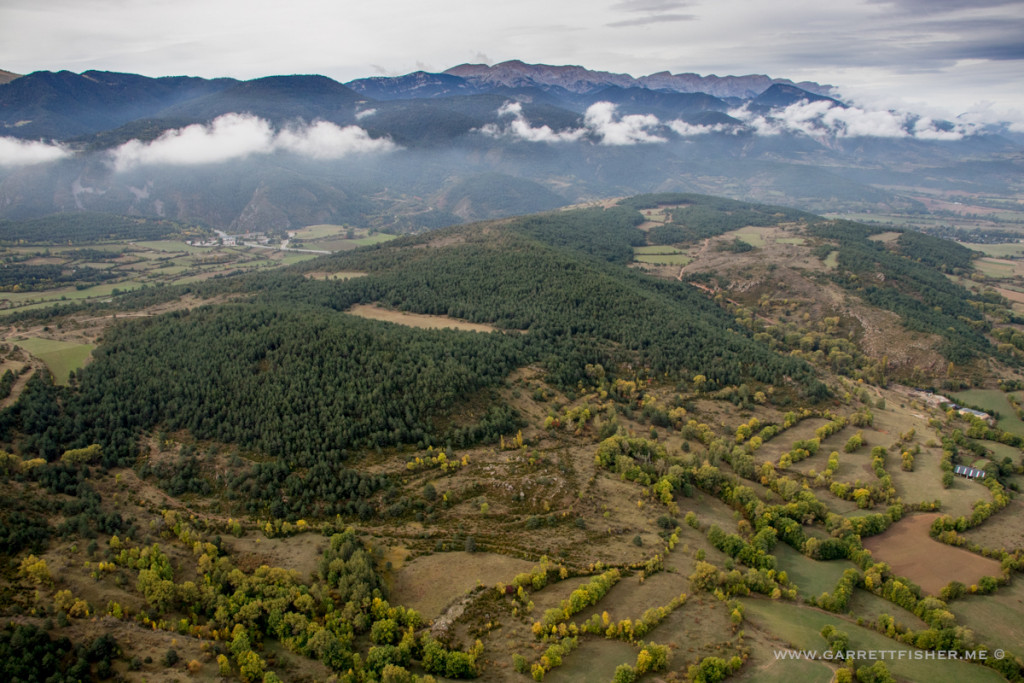 For the most part, everyone agrees on aviation. It was eerily quiet for a Sunday morning. 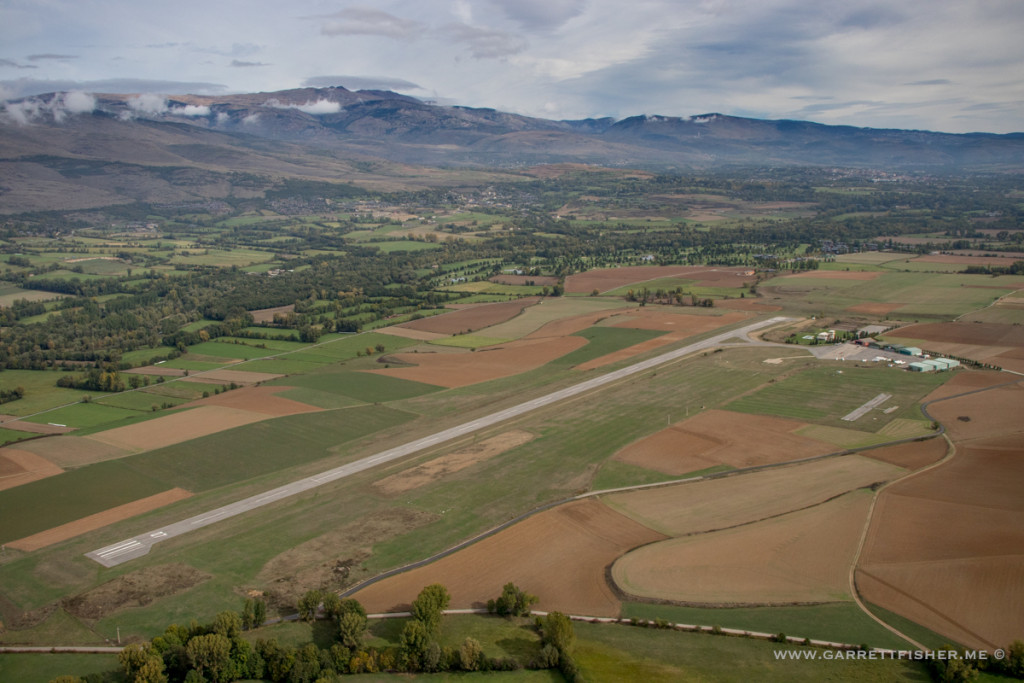