One would think that the magnitude of the problem of moving an aircraft was taken care of by taking the wings off. That is all well and good, except the aircraft must now get lifted 5 feet up into a shipping container, which is sitting on a semi-trailer, and the plane cannot fly to do it, and it must be done precisely in concert with moving all of our stuff, at a choreographed time. At 788 pounds (less wings, so lets say 650 pounds), it’s not an easy prospect.

I built an elaborate ramp out of a pile of lumber from the local lumberyard. More specifically, I walked in with a rather complex list of items needed, and they didn’t want to do the math, so I had to break down the end cuts I wanted, and the origin pieces, mapped to their inventory, with a giant spreadsheet. It was a picture perfect scene where your math teacher from third grade points and says: “See, math is important!” The only problem with that fantasy is that I had a big pile of wood left over afterward.

The ramp was 16’ long, with a five-foot height, built far too strong, but it got the job done. I devised an ingenious scheme to mount 30” fixed studs along it, remove the pieces that elevate the ramp from ground to 5 feet, and then use it as a platform to place one wing under it, one over, and the tail on a brace over that in the shipping container. On the German side, I will reattach the ascending columns and it becomes an exit ramp.

The first hiccup in the plan was the consistent snowfall, falling all over my ramp and creating sheets of ice for the two weeks prior to the move. As it was on the north side of the house, it did not get sun, so I had to shovel and spread salt. Sigh.

Moving day meant that the plane had to come up a twisting driveway from the hangar, wings had to be carried, and struts driven up. I would have fired the engine up and driven it up (it taxies under its own power, wings not necessary), except the fuel tank is in the wing, which was now off. So, we hooked it up to the back of the truck and pulled it up.

The shipping container was five and a half hours late.

So we waited, and waited, and waited. Meanwhile, it was snowing like hell and blowing like crazy, so we had to weight the wings so the wind wouldn’t take them flying (they are designed to do that, FYI). We put plastic on the cockpit area as I just had thousands of dollars of Euro-compliant avionics installed, and I didn’t fancy water getting all over it.

Eventually, we loaded, after dark, in a snowstorm, while it was fiercely cold and windy. It couldn’t have gotten any better. Well, except for the fact that my ingenious hybrid ramp repurposing protocol didn’t work. The tail was 4” too tall, meaning that the rudder would smack through the ceiling. [expletive, most common form]

The ramp couldn’t go (somebody got $200 of free wood). I had to improvise. And I had already packed the box of straps, which was now blocked by all of our possessions, in the front of the container, under about 3,000 pounds of stuff. [expletive, resigned self-damning/”I hate the universe” form]

With minimal resources, a waiting charge of $100/hour hanging over my head, and the hardware store closed, I made it work, I’ll say that much. It was improvising, par excellence. It helps that I have a grandfather that moves airplanes on a car trailer all the time and I was frequently impressed into service during load/unload (that’s a whole book right there).

The container door was closed and everything we own, except for the car, was off, getting driven to a rail yard in Salt Lake City, riding a train to the port in New York, heading on a ship to Bremerhaven, Germany, and then riding by truck to its new home south of Frankfurt. I couldn’t help but think at this moment of countless relatives I have never met, people who left Germany and Poland for better lives in America, crossing on ships heading west, passing through Ellis Island, the pioneers heading west, the transcontinental railroad, Manifest Destiny……….and here I am doing it all in reverse, my earthly belongings riding on the pathways that became wagon trails that changed into railroads, highways, and airports, all another chapter in the complex story of human migration.

There is the ramp…..

Tail feathers, wrapped in plastic. That was the wife’s idea, and is was very smart. 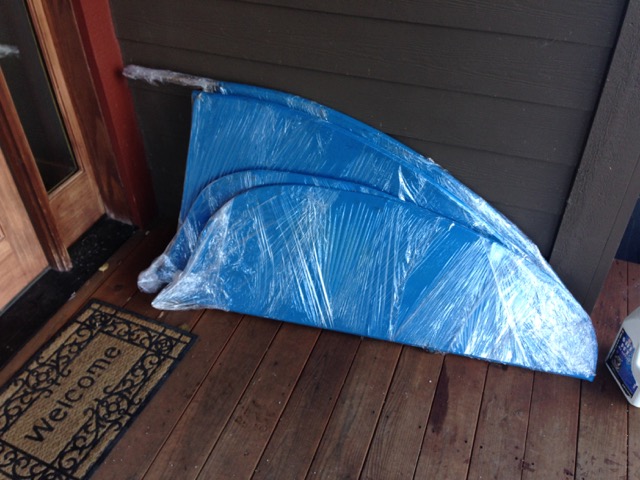 Wings being prevented from flying. 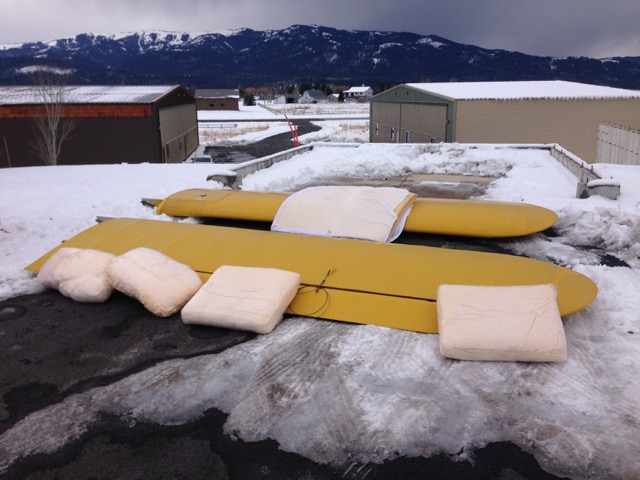 Airplane all ready for towing. 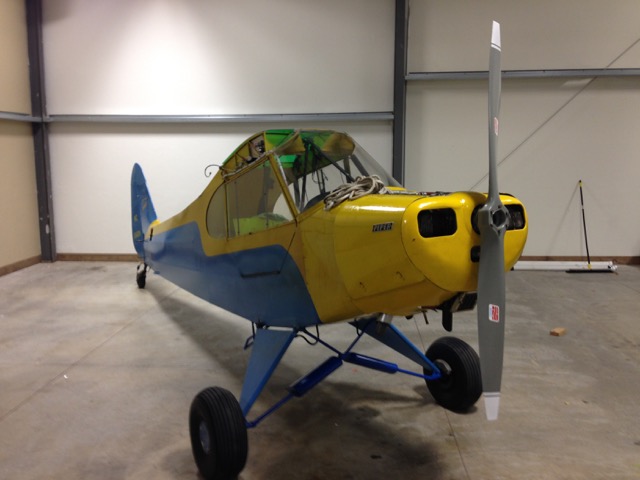 Driving the lift struts from the hangar. 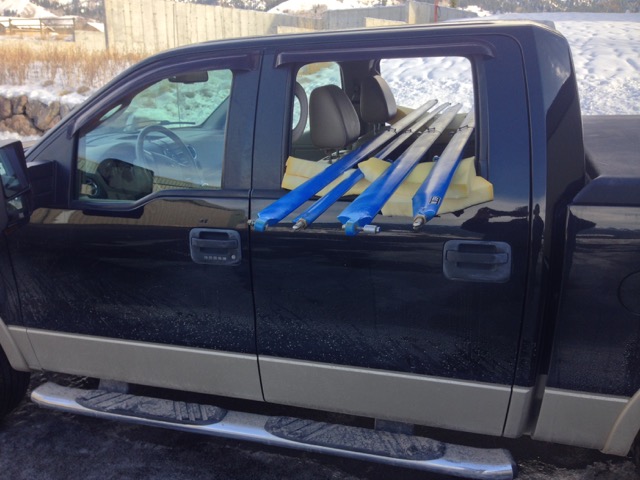 Improvised. I laid in bed that night wondering if I failed to brace something and finally resigned myself that its insured and I know how to fix anything that could happen in shipping. 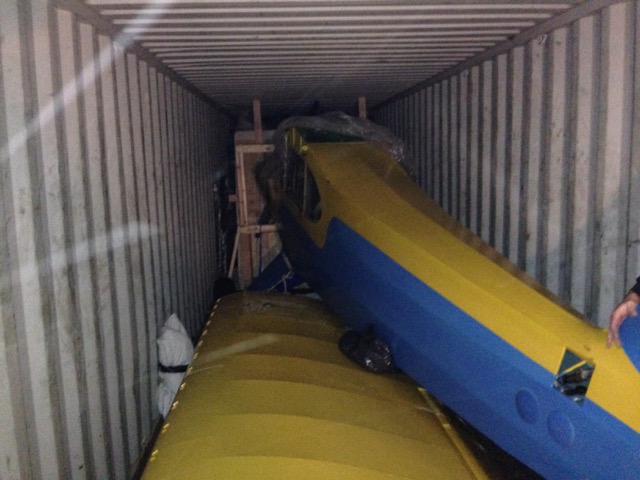