It appears that the weather in western Wyoming operates in completely divergent cycles. Top 5 warmest April, top 5 wettest May, top 5 driest and hottest June. Each cyclical extreme is so long and powerful that one assumes it is the new normal. We had weeks of high 80s and 90s, and the one day, poof! highs in the 60s and 70s with rainy weather, which has been going on for over a week now (I am not complaining about the latest development). Thus, I went from long flights over expansive terrain to more localized flying, given the constraints on clouds over the mountains.

This particular post represents two flights. In each case, the clouds interacting with the terrain were like rivers of air, clearly visible as they flowed around and over large mountains. One day, the wind came from the east over the Salt River Range, and the clouds formed on the lee side, growing a few thousand feet higher than the peaks. On the second day, the clouds were like moving water, flowing around peaks, forming on the lee sides, and weaving their way through the valleys, on what looked like an interesting and long journey.

To give you a sneak preview of the next post, I followed some of these clouds as they journeyed around the 13,770’ peak of Grand Teton later in the same day. Stay tuned. 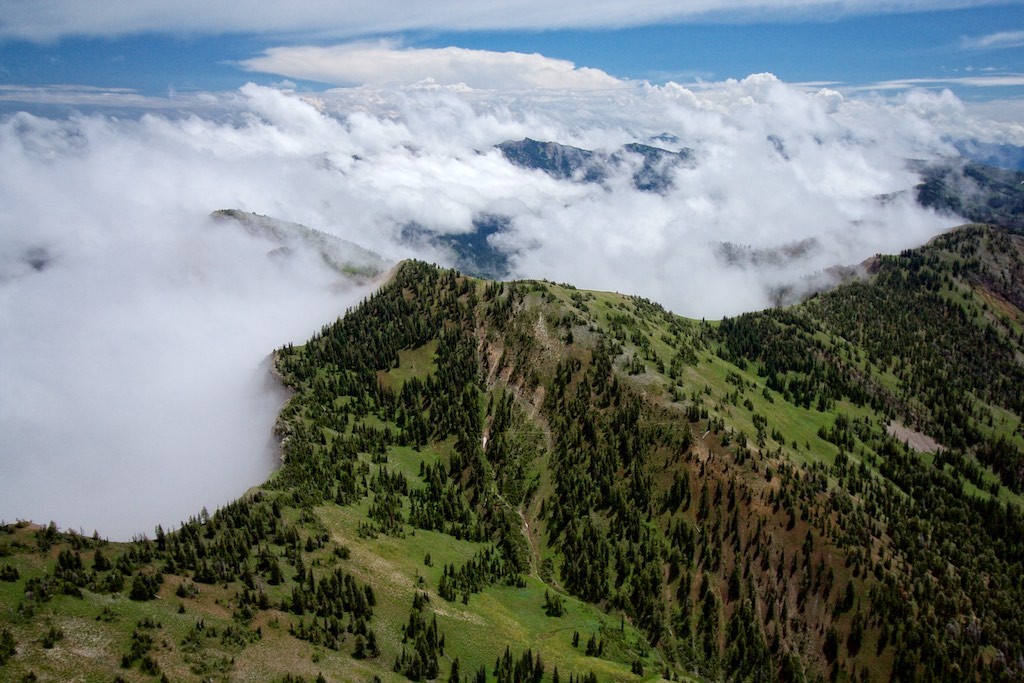 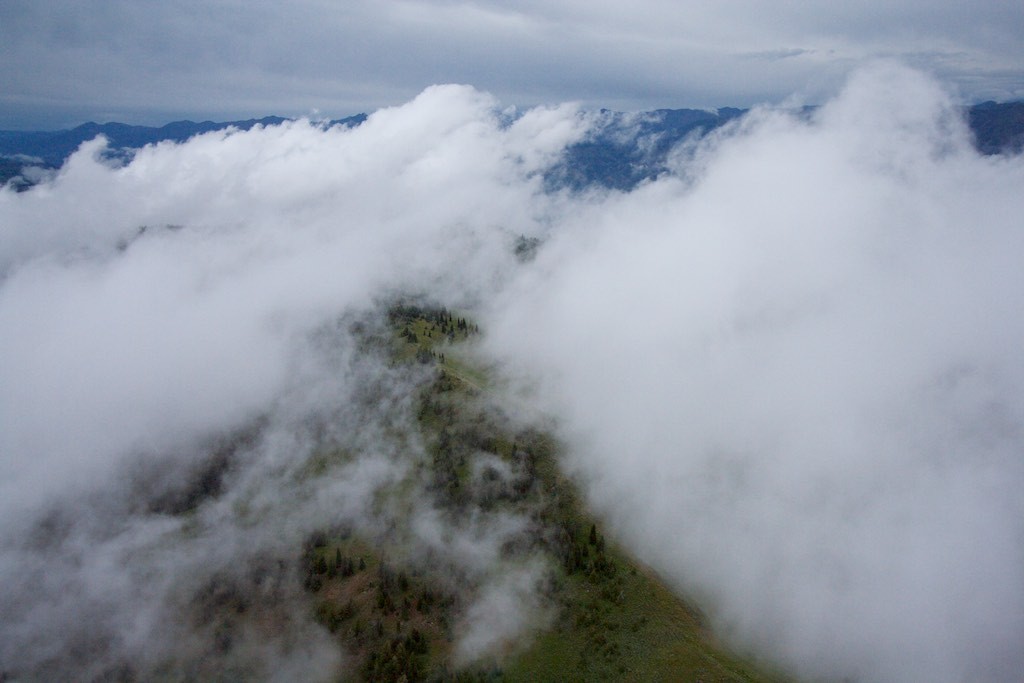 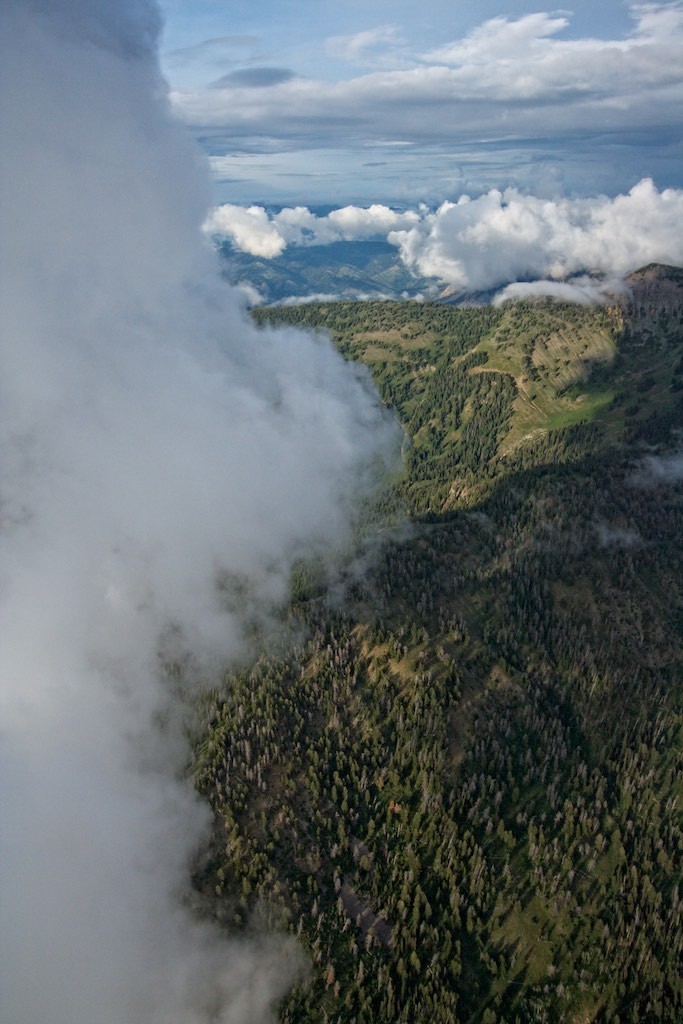 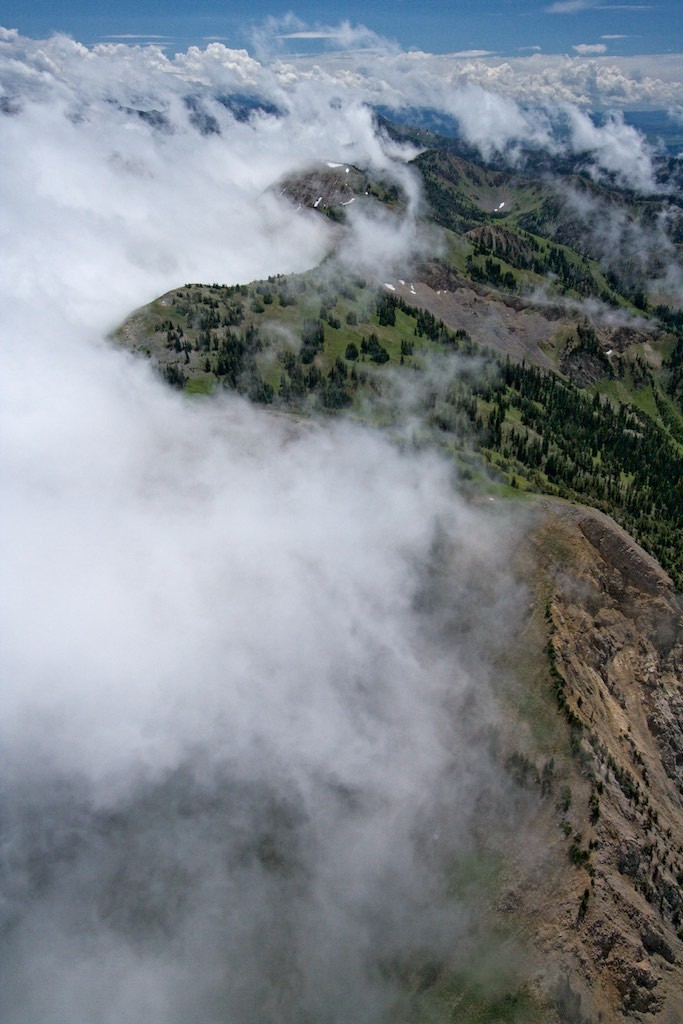 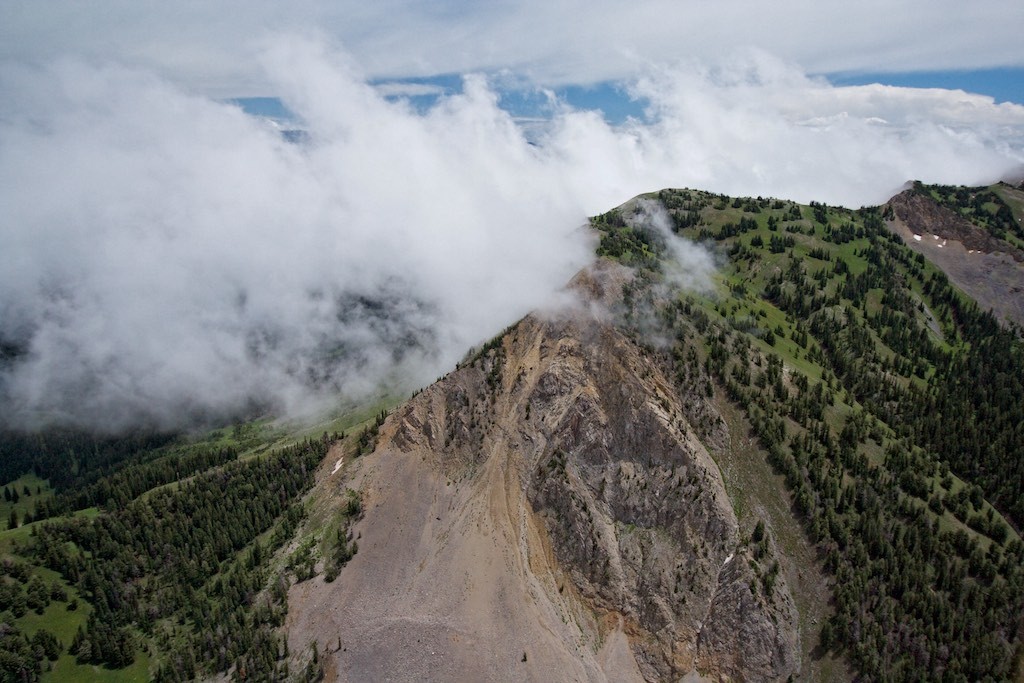 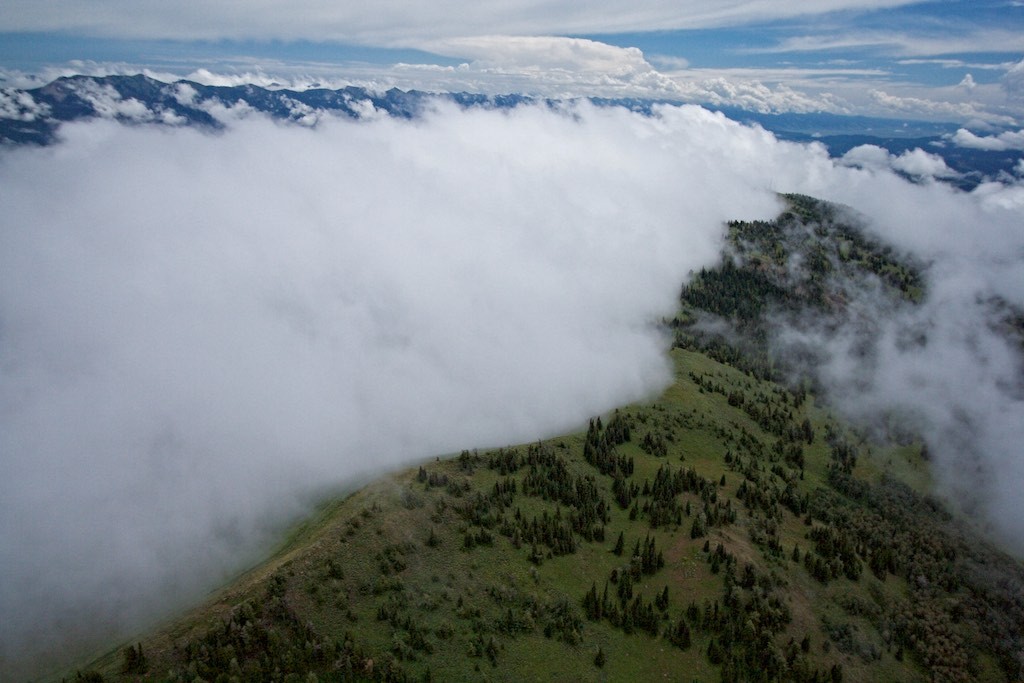 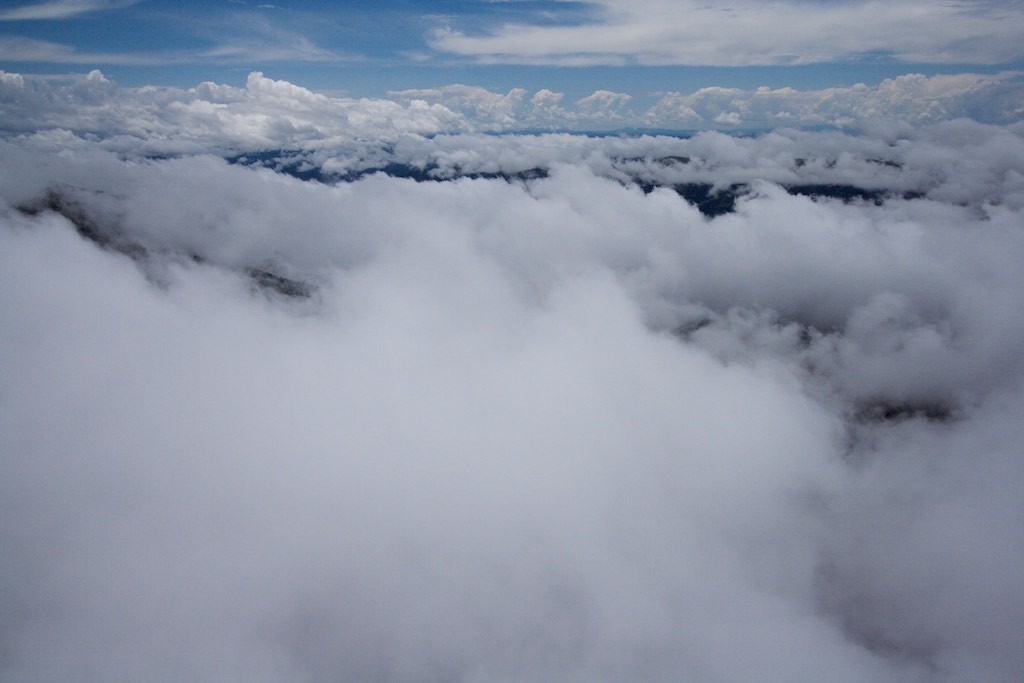 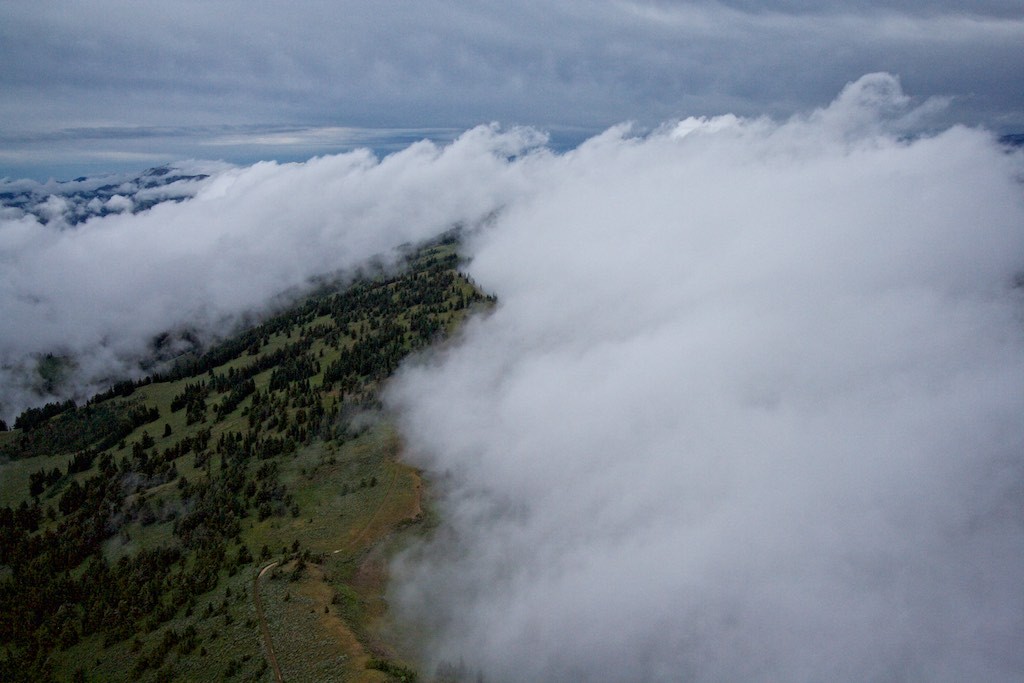 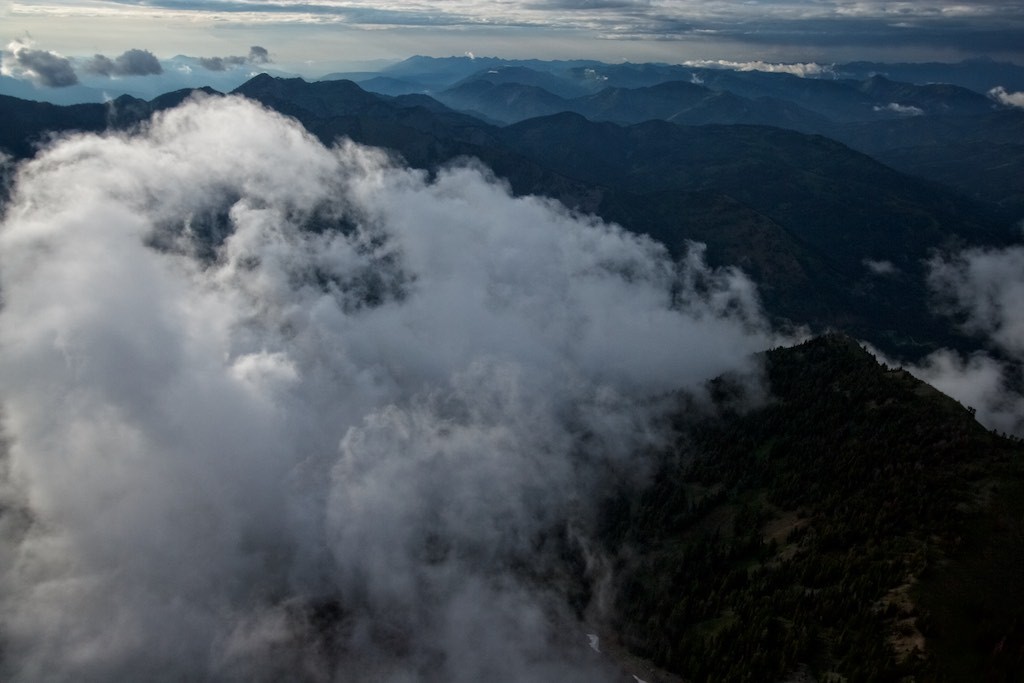 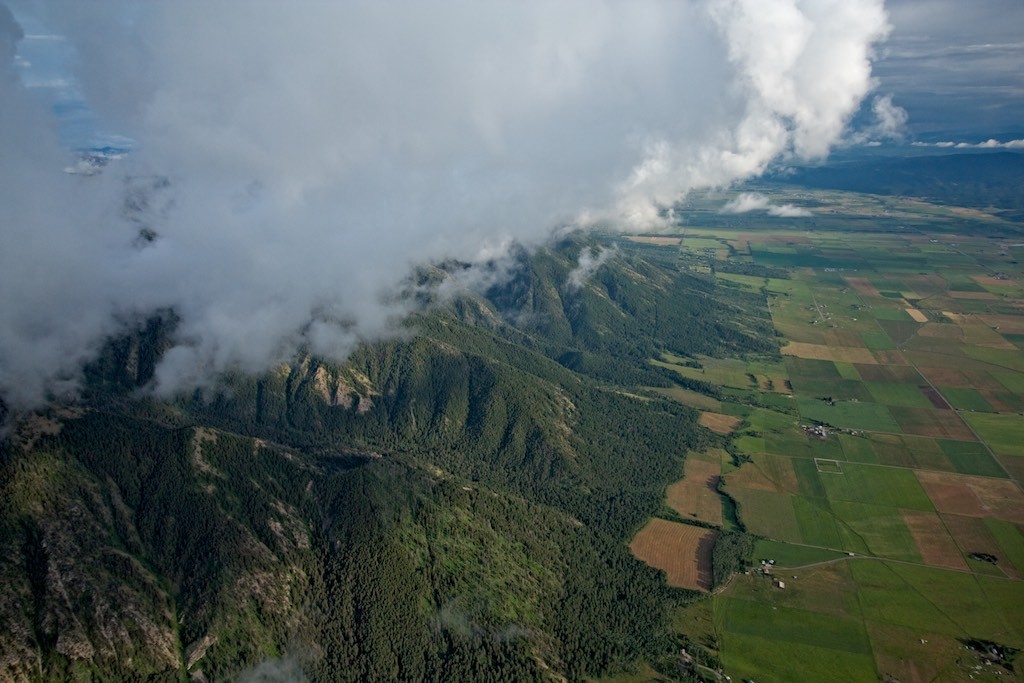 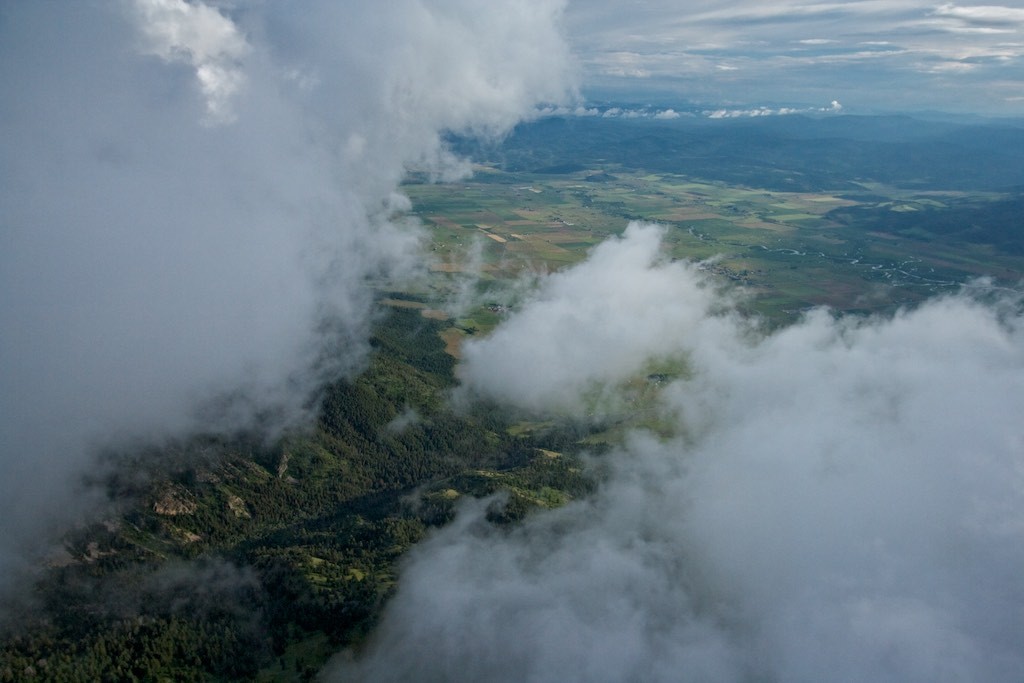