My late paternal grandfather receives much recognition in my writings as a profound influence. While he was living next door, restoring airplanes, and taking me for rides in them, there is another figure that lurks much further in history, who leaves behind an influence that is hard to describe. Although my maternal grandmother died when I was six, I keep finding hints show up in the most unexpected of places.

The story runs in a full circle over a span of 80 years, so I will connect the dots later on to how it relates to a recent flight.

In late September of 2013, autumn had just begun in Colorado. I had spent the summer looking at the forests of Summit County, which were mostly lodgepole pine and Engelmann spruce. I had it on my list to potentially drive over to Aspen when the season changed, assuming that no deciduous trees existed at that altitude. That was until one evening drive over Boreas Pass. There I found that the leaves did exist in that neck of the woods and had begun to change. That set off an unexpected flurry chasing them with a camera on a daily basis for weeks.

On one of those afternoons, just to the south of Frisco, I was in a stand of aspens in peak color. The sky was an indescribably overwhelming Rocky Mountain blue. I had decided to put headphones in and listen to some music, which was a first as the forests are inhabited by some carnivorous beasts. Wisdom implies having one’s hearing abilities intact for survival reasons. In any case, I have no idea how Beethoven’s Piano Concerto No. 5 made it on my iPhone, though it did.

The experience was absolutely transcendental, to be immersed in the aspens while listening to such a profound symphony. At the same time, I could not stop thinking about my grandmother who, at this point, had died 26 years before. After getting home, I emailed my aunt, asking if she had any idea why this symphony was triggering long lost memories, and she replied that my grandmother had Beethoven playing quite frequently in the house.

Five years later, I was in New York for other matters after my grandfather had died, and my aunt gave me my grandmother’s scrap books and notes from her time in the US Navy in World War II. While I knew she had served, I had little details, so the mind filled in the blanks and assumed that she worked in a factory as a “Rosie the Riveter.” Her notes disabused that notion.

She had joined the Women’s Reserve and later was sent for training in Norman, Oklahoma where she, of all things, was trained as an airplane mechanic. As I read through her classroom notes, it was utterly amazing how, while so much in this world has changed, it seems like nothing in aviation has changed at all. The wisdom in her notes was as applicable then as it is now for my Piper Cub. Even some of the systems involved in “complex” aircraft that I had to study for my commercial license in 2014 were generally similar in nature as in 1943. I suppose the fact that I operate an aircraft built in 1949, a mere 6 years after Navy school, should say something.

I flipped through her notes before writing this post and had to ask myself “Did you really have two grandparents that recovered fabric airplanes?”

I know very little otherwise of my late grandmother given my age when she passed away. There are many specific memories I have, though nothing of an adult perspective, other than the time she, to the dismay of the extremely religious wing of the family, allowed me to taste some relatively repugnant Genesee beer. At any rate, I have been told various things, which gives me the picture that she loved an ambitious if not crazy idea. Apparently, she was planning a trip to China before she died…which was at a time when people did not go to China.

If one combines my grandfather’s sage advice that one can do whatever he or she sets their mind to with another grandparent’s inclination to engage in the ambitious and unusual, well, then there you have a possible explanation for why the Cub ends up in places that one would not expect.

In the intervening period since the discovery of the Beethoven symphony—which I hold in her honor—and the present, I have found that I will listen to the entire 37-minute performance in situations where I am in nothing short of the finest of moods. While it has been played many times, I can think of some memorable instances where I turned it on. One was during a sunset in the Alps, as the peaks were bathed in purple. It was played while walking down the mountain. Another was a flight two weeks ago, where I saw the Jungfrau bathed in mountain wave clouds from the PA-11 in foul weather. I turned it on for the elongated flight back to base, fighting some wind under the cloud deck while enjoying a splendid view of the Alps. While the photographs of the Jungfrau itself do not do the flight justice, just imagine Beethoven playing in the background and you’ll get the idea.

While Beethoven plays and I am in a splendid mood, on a mountain trail or in the cockpit, I still think of my grandmother, as though there is a question I wish to answer or something I wish to say. Even though it remains something of a mystery, it is reserved for the finest of moments. 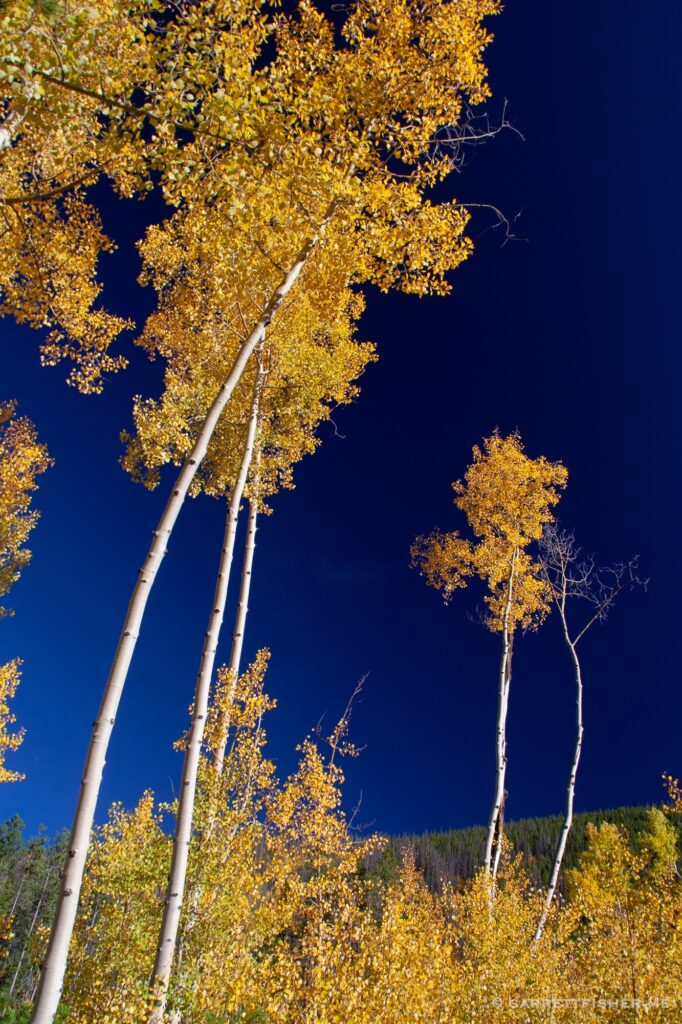 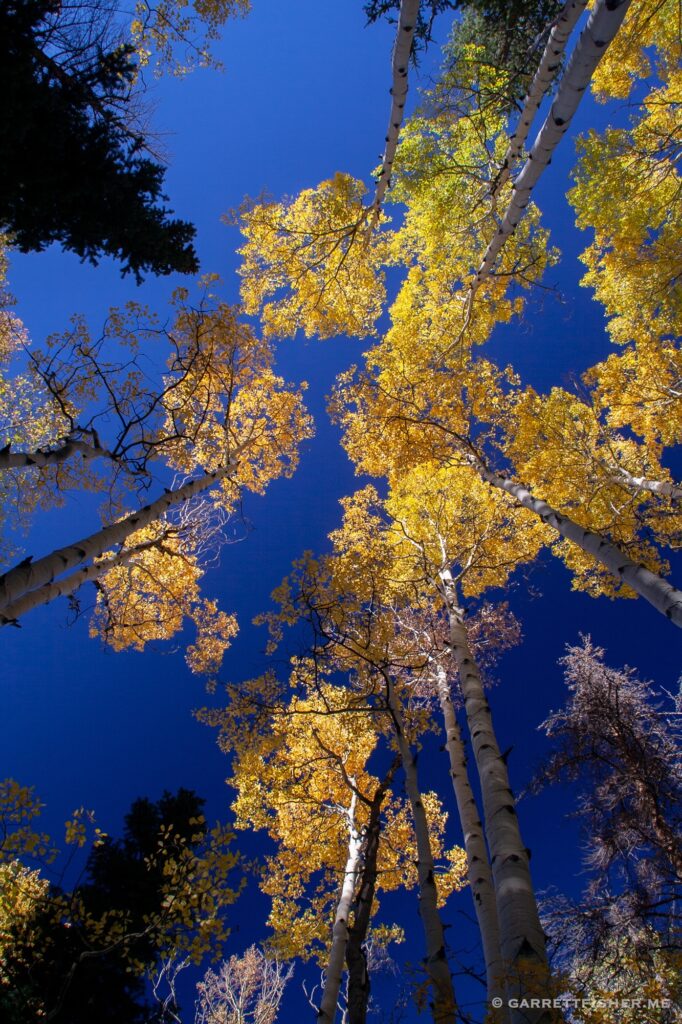 Wait a minute. Looking at my photo album, I now understand that I went flying that morning and took this photo. It was the first time I had ever seen anything like this. It later became the cover of my first photography book “Extreme Autumn: Fall in Colorado.” It is of the Gore Range with colorful aspens below. 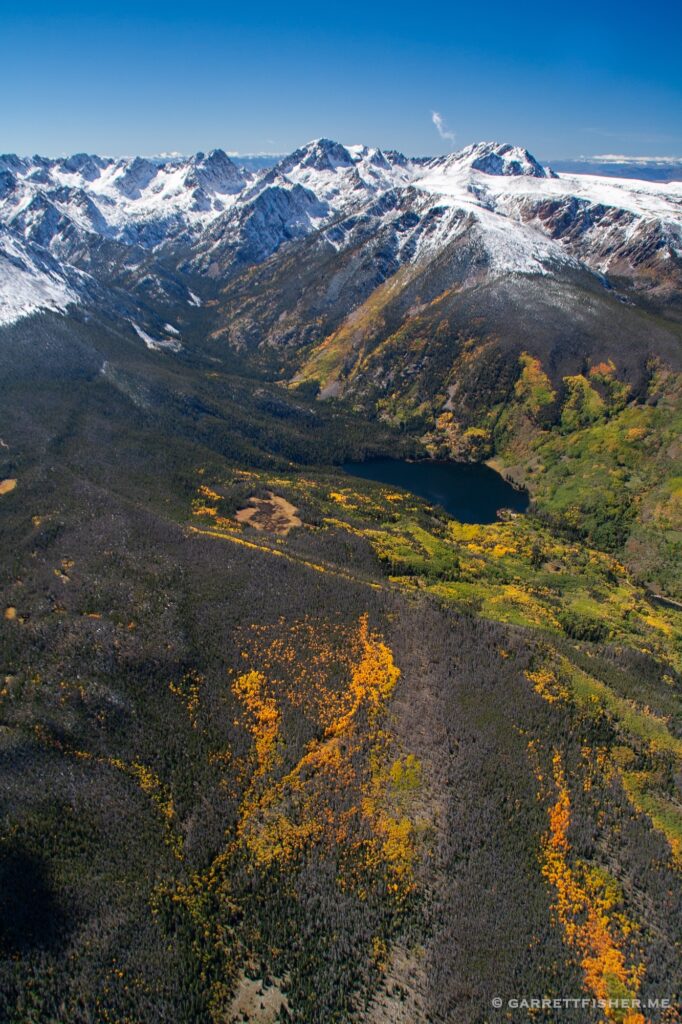 Cottonwoods in peak color on the drive from the airport to Frisco, where I discovered Beethoven’s 5th Piano Concerto. I suppose in retrospect that a full day of illustrious beauty laid the groundwork for such a moment. To me, all of this color is nothing short of heaven.

Fast forward to 2020. The same symphony is played here while making the long climb down. Walliser Wispile in the Bernese Alps. 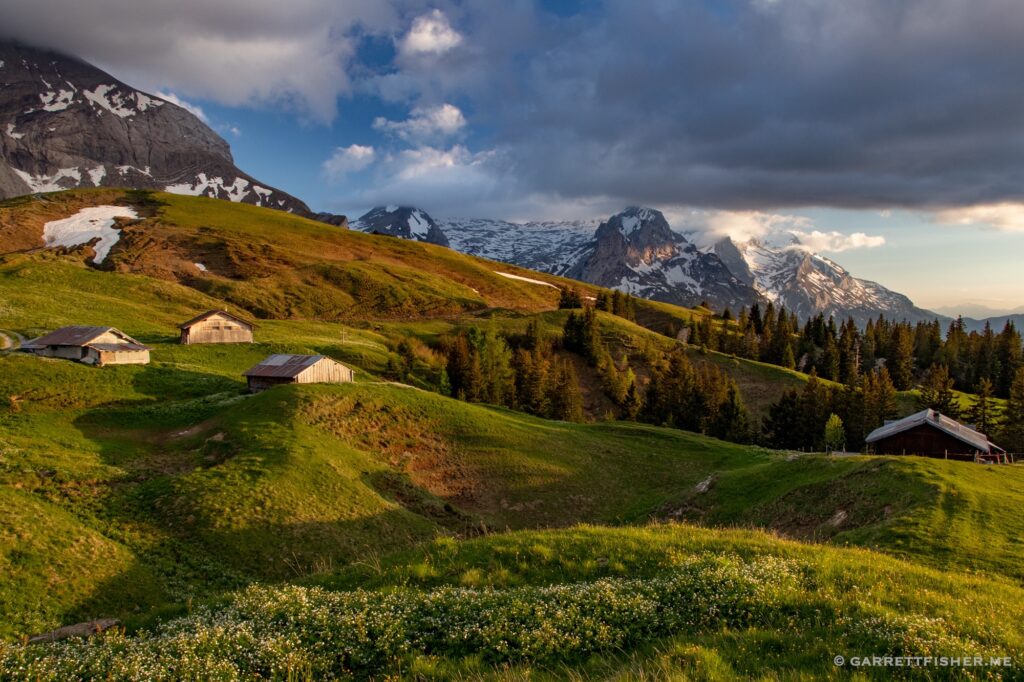 A different kind of heaven. 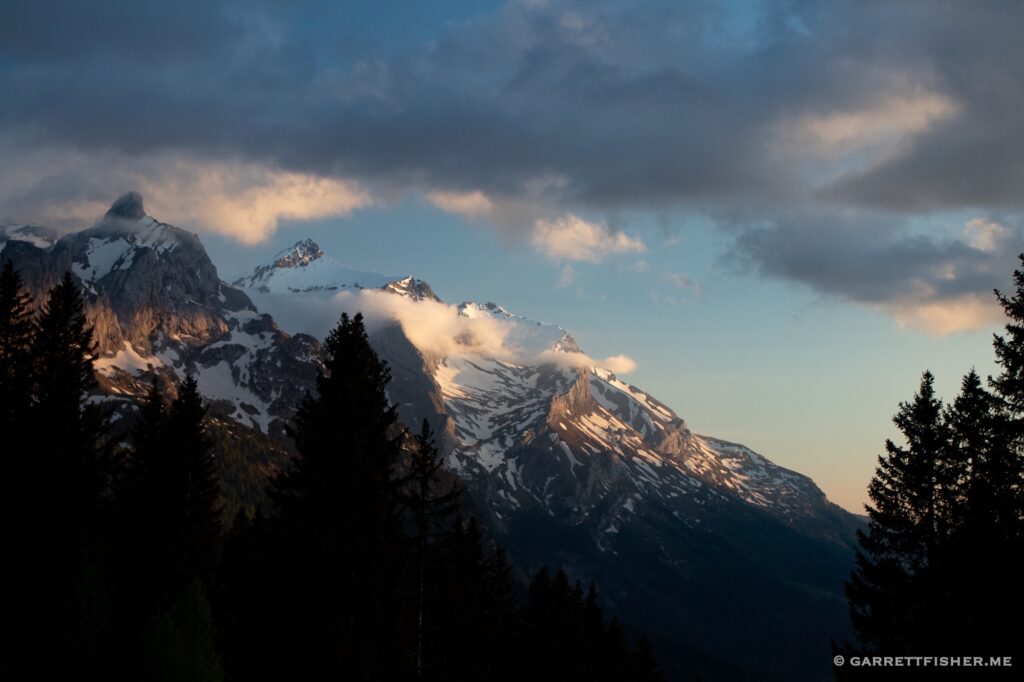 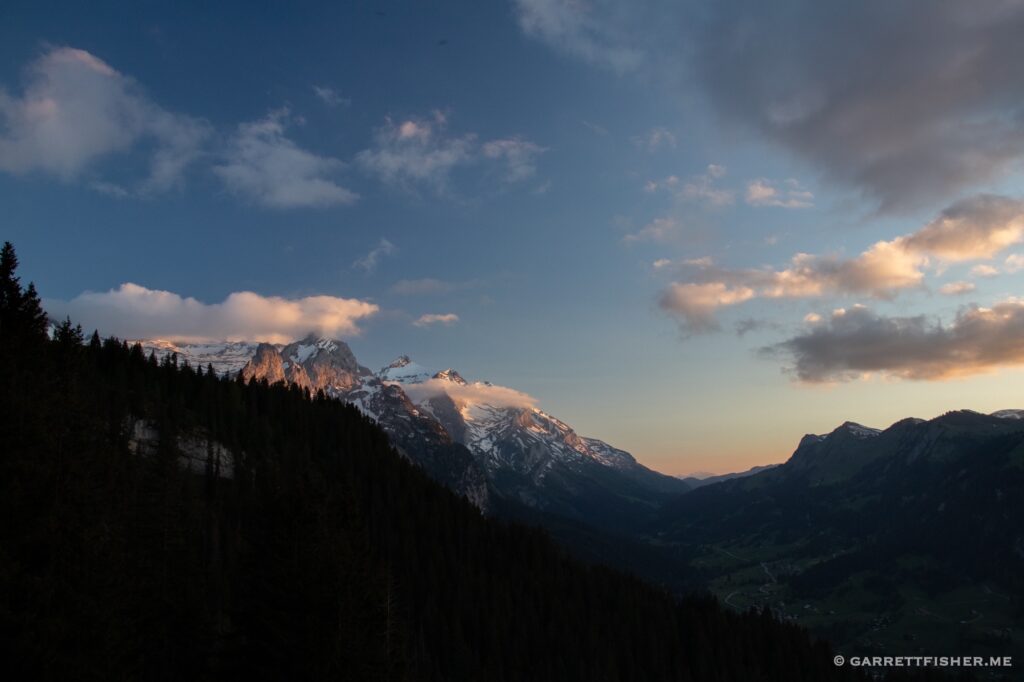 Before we get to the 2022 Jungfrau photos, the album reveals yet another secret. I had gone flying earlier in the day in the Super Cub, heading deep into the Valais in dubious weather. Then, after landing, I said to myself “you only live once” and hopped into the PA-11. Near Sion below in the Super Cub. 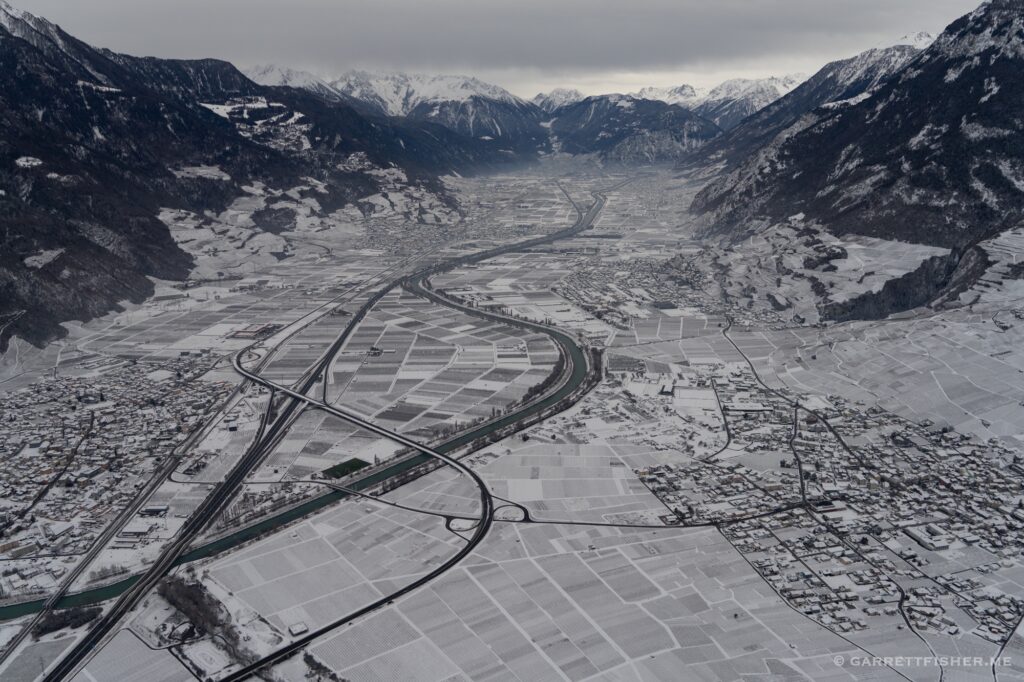 Now in the PA-11. Jungfrau amongst the mountain waves in strong winds. There aren’t words to describe what it felt like to be in the airplane, though maybe Beethoven can better express it. 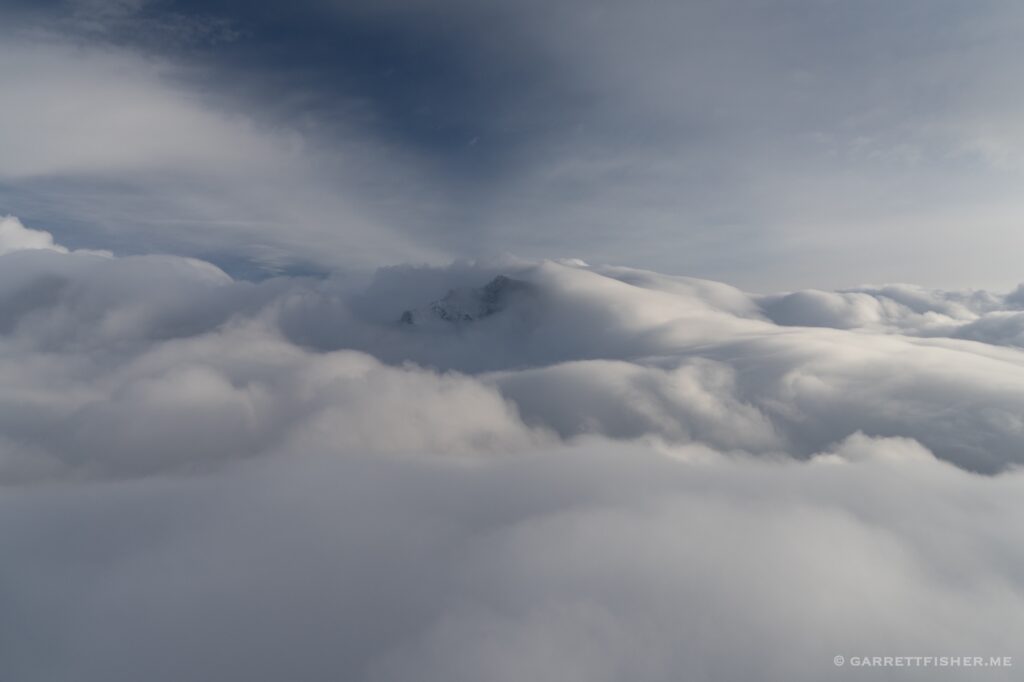 The 5th Piano Concerto gets turned on right about here. 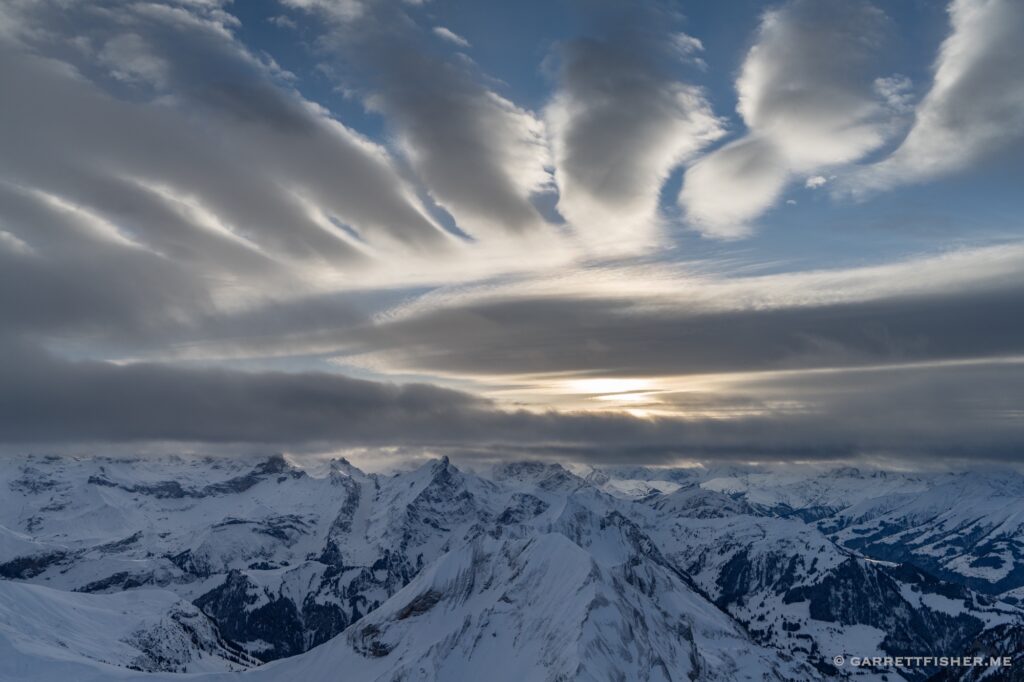 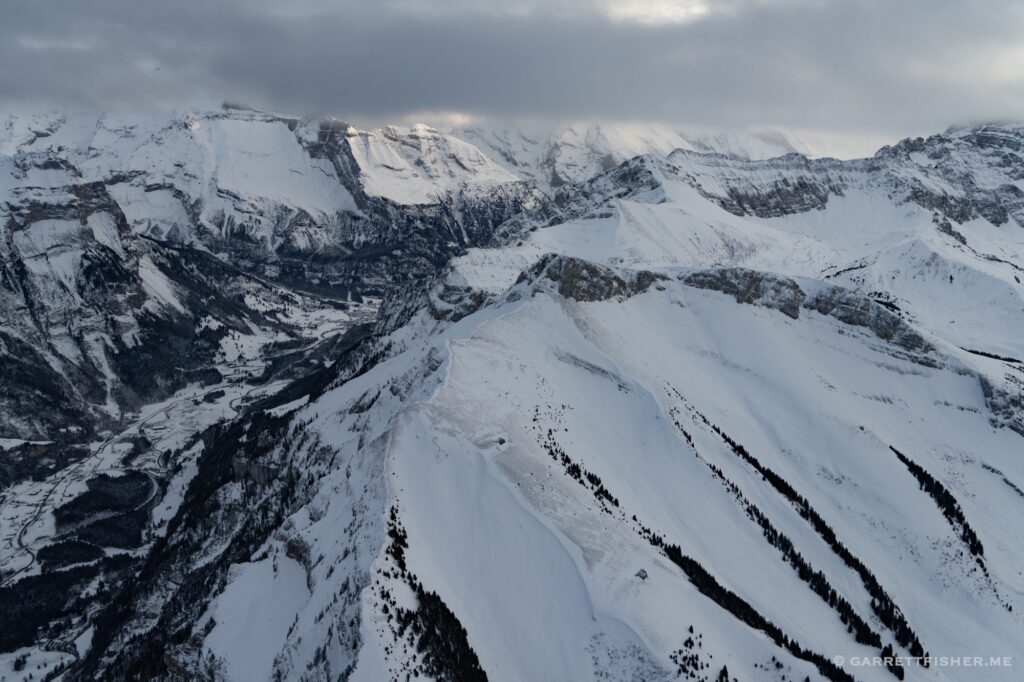 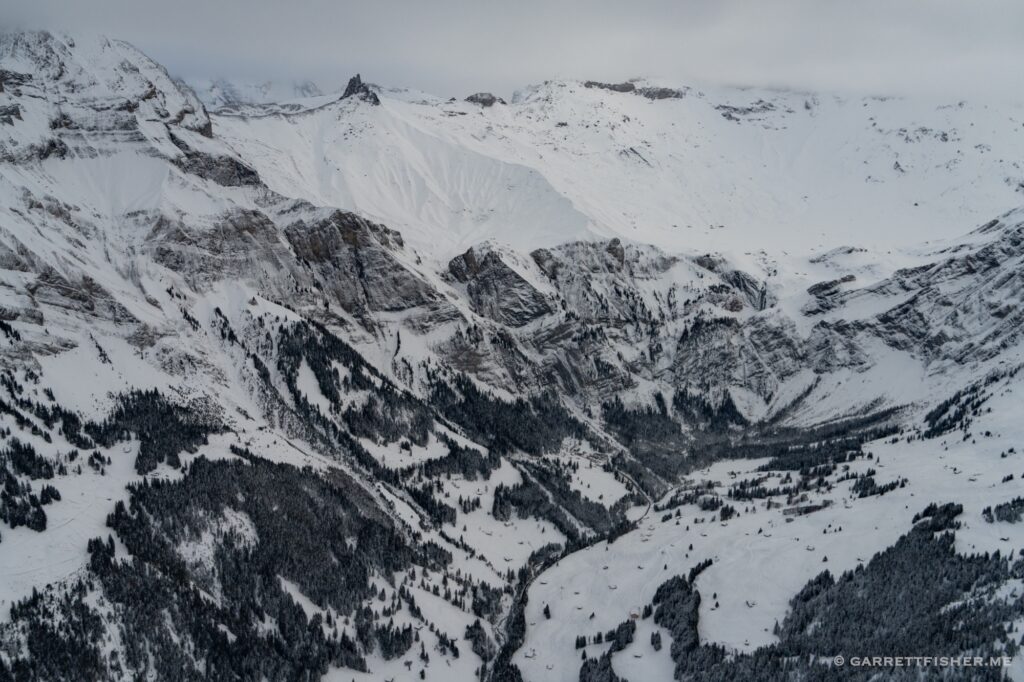 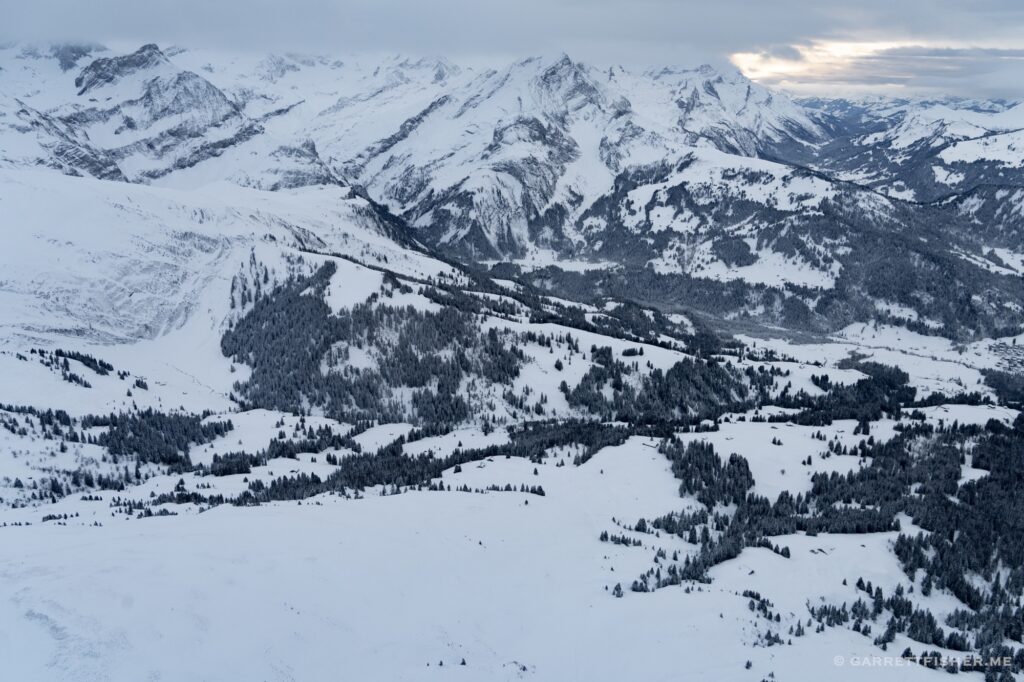 And it comes full circle. Right above where I took the “Walliser Wispile” photos in spring of 2020. While it has no color, it is yet another form of heaven. 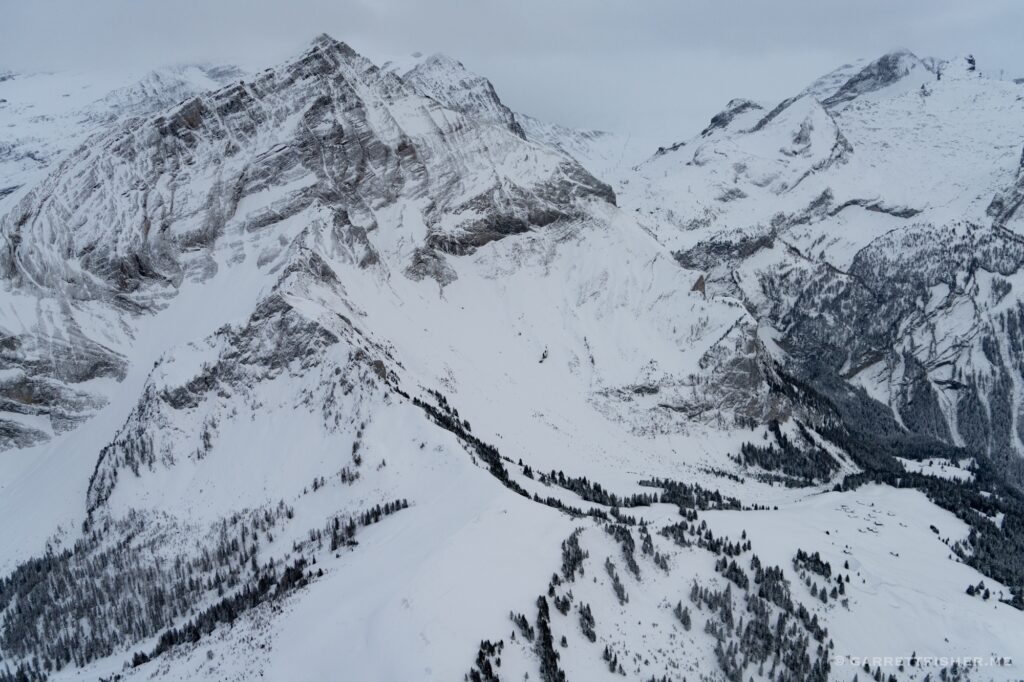