There is a phenomenon present in Europe that is relatively persistent and pervasive that required years to properly appreciate. As I ranted about “that damn inversion” in the foothills of the Pyrenees of Catalunya, I had been interpreting a stalled airmass as a failure of the primary function of a cold front: to clear out humid and polluted air. Seeing the world through the lens of a North American pilot, it appeared that the fronts were stalling out upon passage through the mountains, which is a somewhat logical presumption, as similar events would occur in the Southeastern United States in the summer. Strong fronts would decrease in frequency, effectively retreating north, leaving the South to marinate in its humidified filth. I thought south of the Pyrenees became a similar “South,” as the air in the mountains was often fresh, with clouds and other weather bunched up against the range, usually going all the way to Atlantic France. It would not be a far stretch to compare the phenomenon crossing the Pyrenees to the same thing that exists when drawing a line from Charleston, West Virginia to Winston-Salem, North Carolina.

That false metaphor served as effective blinders for a theoretical pursuit behind what was actually happening. Flight after flight, I would see fog and other remnants of air mass impurity to the south, where I scoffed in altitude-supremacist disdain, failing to notice a wonderful, playful mystique in play.

It took some years to do the obvious: fly just above these fogged in valleys, enjoying the view. At first, I thought it was a rarity. Later, I began to understand it was somewhat common, particularly in the winter. In the latter part of my Iberian pursuits, the inversion became a positive that I sought. In photographs of the occasions where I flew along the northern edge of the Pyrenees in France, which are rather sharp, one can see a similar inversion on the north side, tucked safely down below. I overwhelmingly ignored it the entire time, failing to consider the artistic virtues of such features. It likely had to do with the fact that finding an ideal day without raging north winds was infrequent, so I visited the summits, which were harder to do.

In Switzerland, I knew that the Swiss Plateau (Geneva to Zürich) had terrible inversions during late autumn and early winter, to the point that I would never consider living there. Where I operate out of now is above said inversions 95% of the time. That resulted in a virtual celebration of these features: solid overcast below, a perfectly flat top to these clouds, with them set against steep Swiss terrain, with the Alps as a background. What’s not to like? (Perhaps the very things I didn’t like about it for years in Spain).

These inversions can happen in summer, after a strong, cold storm system, followed by a strong high. Residual moisture gets trapped below when the high-pressure inversion sets in, and a day or so of perfect clouds fills in valleys with massive mountains bursting through. It also happens in Italy any time of year, though it is much farther, so it seems nefarious. Anyhow, I grew to treasure these events and seek them out.

The thing is, because they are common in winter and happen on occasion in summer does not mean that they are uniform. Spring is a time of interesting transition, where at one moment, winter is continuing – not only with snow and an ice ass cold cockpit, but also similar inversions. Then, all of a sudden, a sharp, cold day after a storm features boiling clouds off the hills that turn into showers and other activity, only to die off 20 minutes after sunset, a sure sign that its halfway between winter and summer. A few flights recently demonstrated that inversions sometimes try to defy their form and grow, which makes for an amorphous experience up in the flight levels when the clouds below change their mind.

Classic late autumn inversion. It is somewhat complex and risky to get above the inversion and hope it doesn’t close. 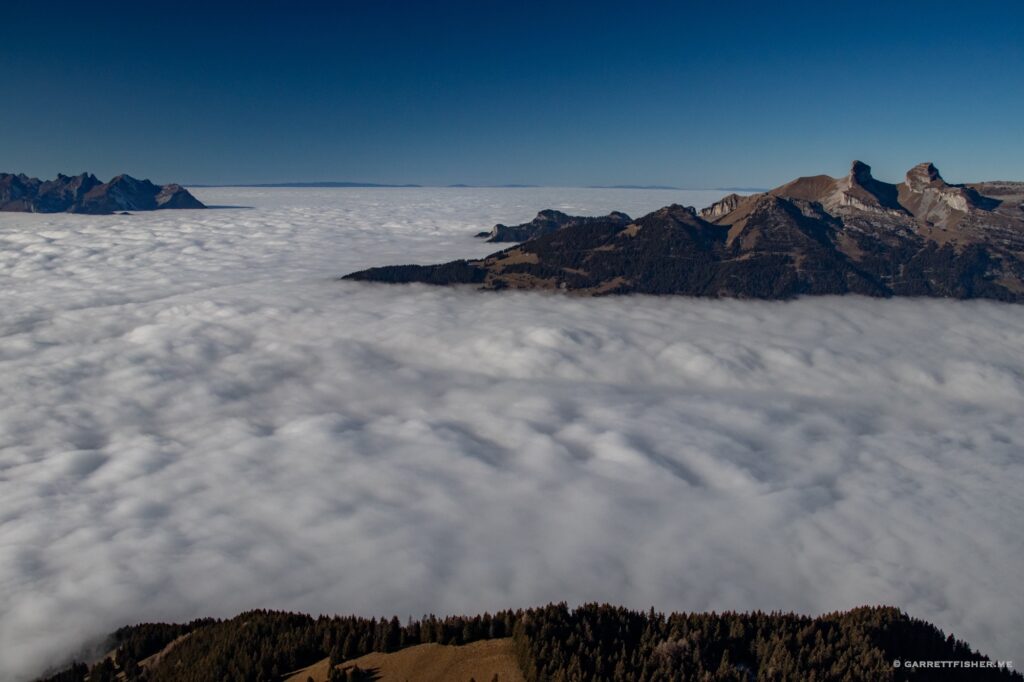 Italian inversion from 15,000 feet, with the summit of the Matterhorn in the foreground. As usual, it looks somewhat nefarious. Why go down there…? 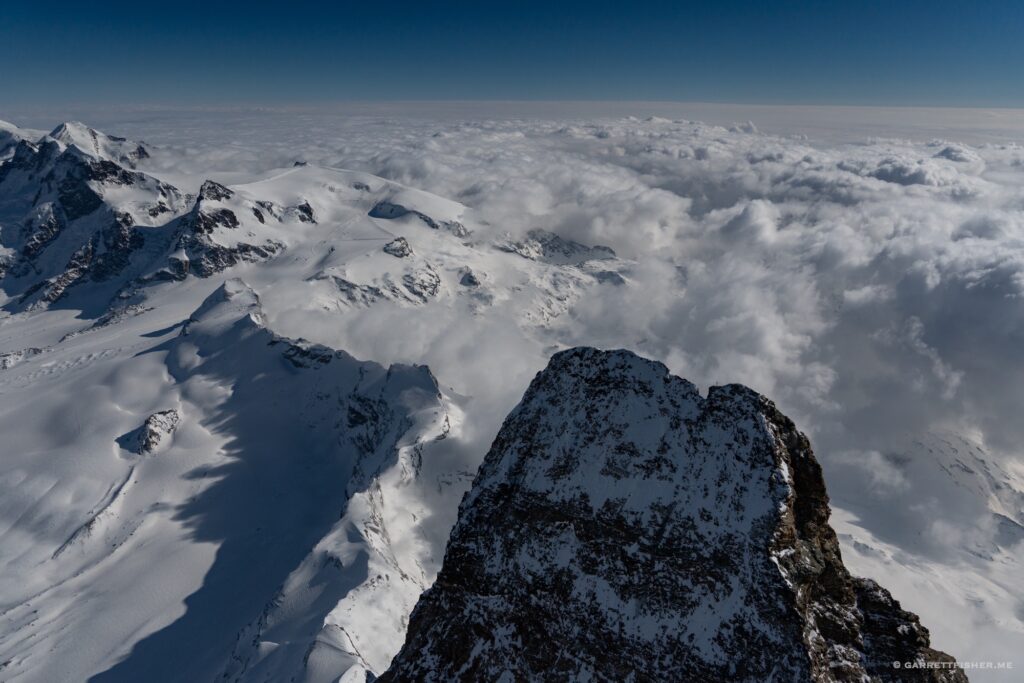 Early spring inversion. Not quite flat on top. 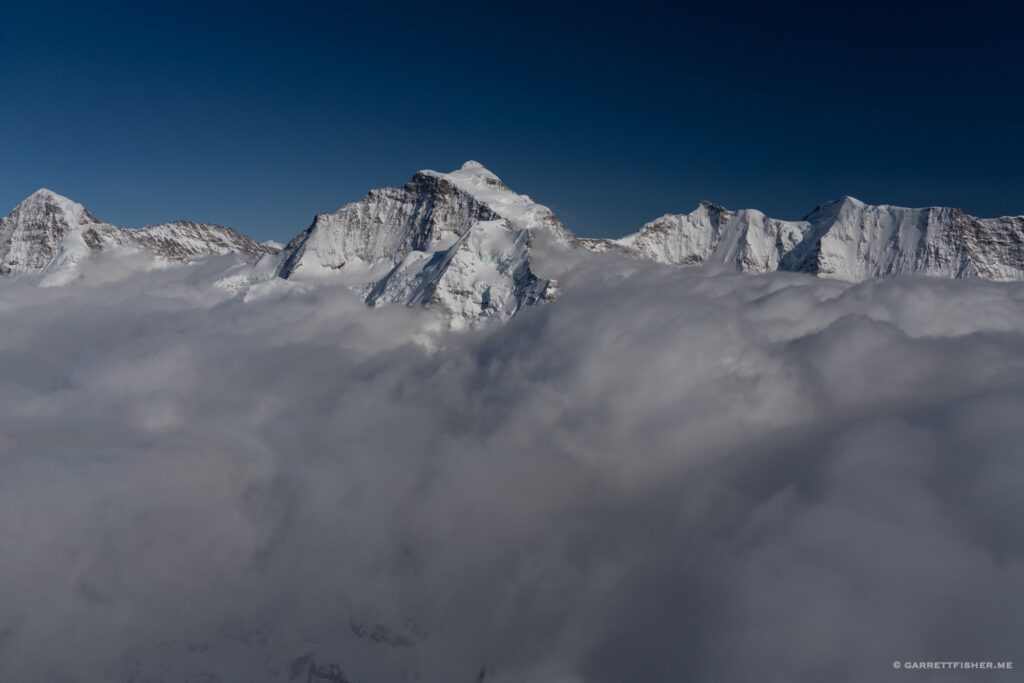 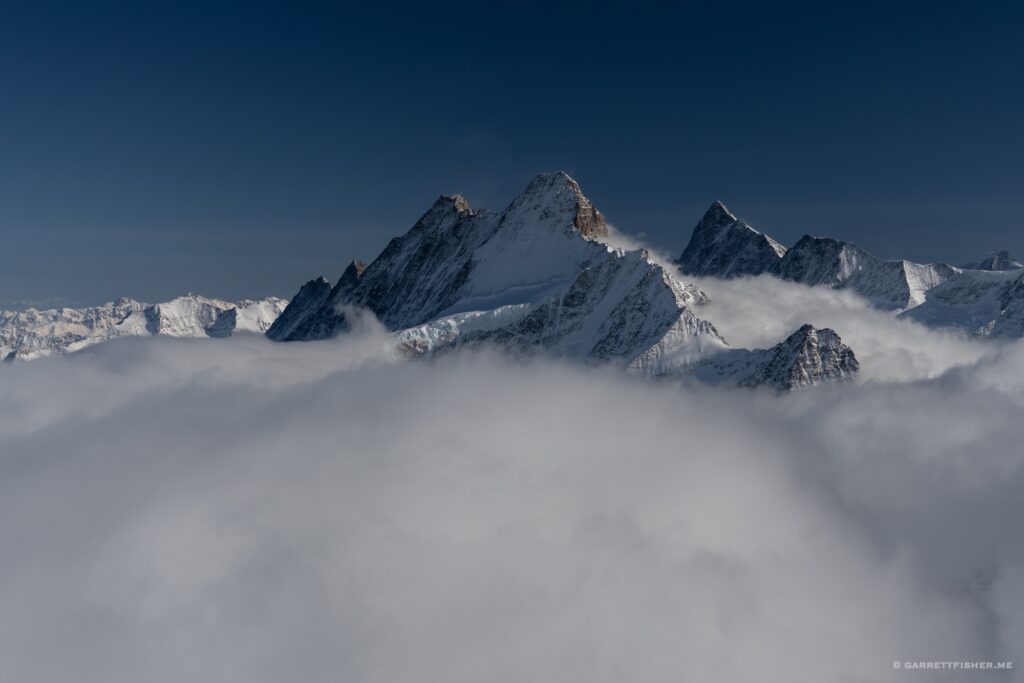 Mid spring clouds. While it looks inversion-ish, it really isn’t. 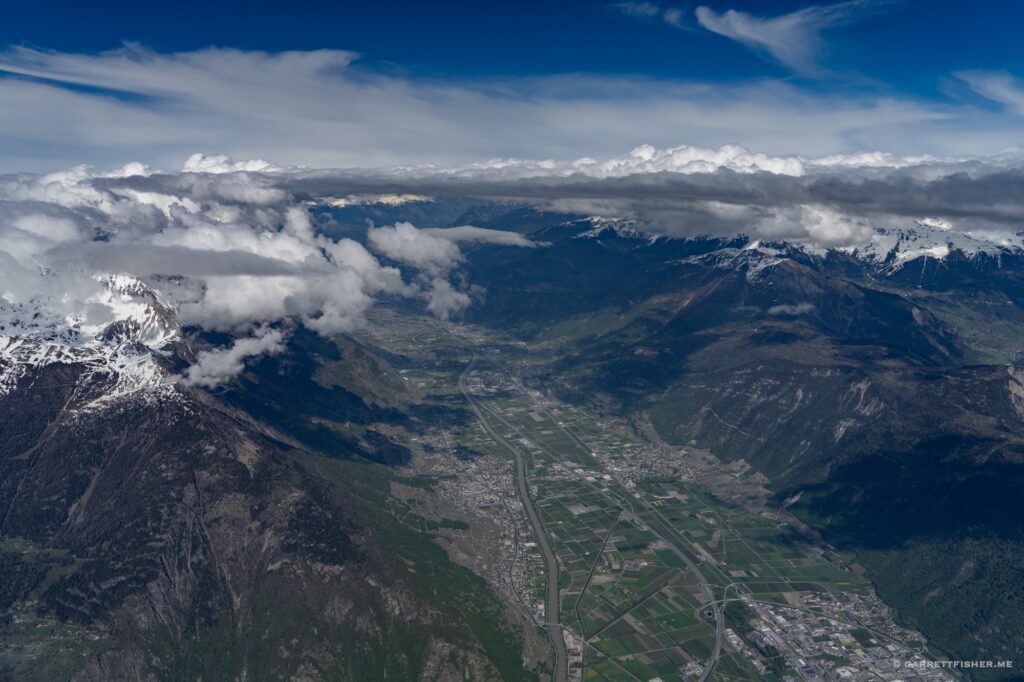 Same flight from above. Clearly not an inversion, but clouds with thermally influenced vertical intentions. 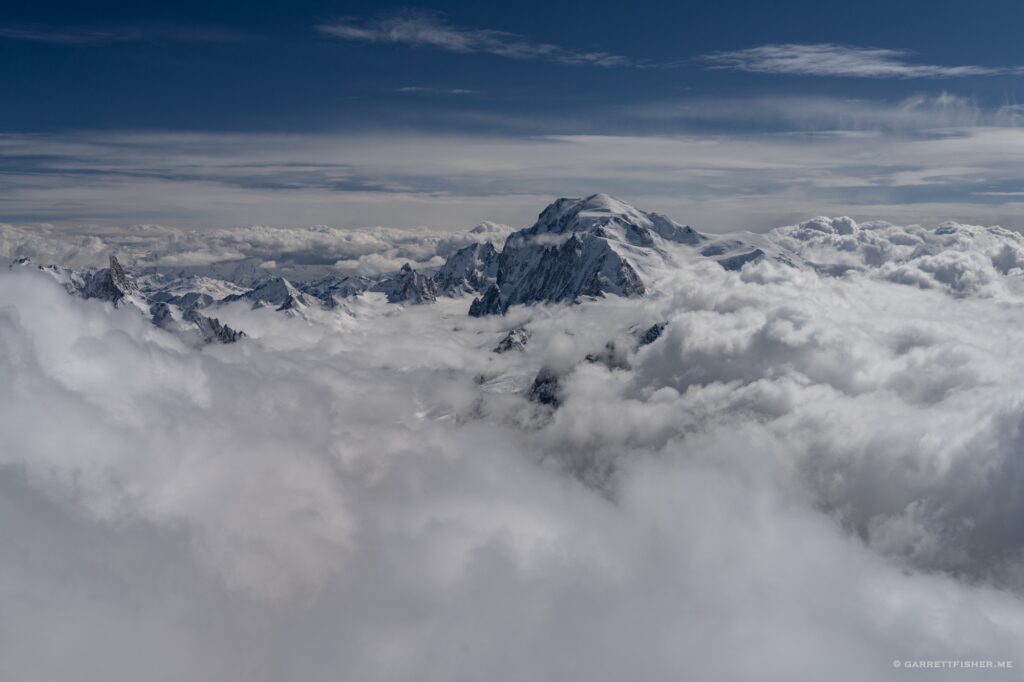 Down at 9,000 feet. While the ground looks wintry, the clouds are getting ready for summer.

Over the pass and under the soup. Always a surprise when one gets down low. I was greeted by a rain shower which changed winds in the circuit, so I did a rare go around. 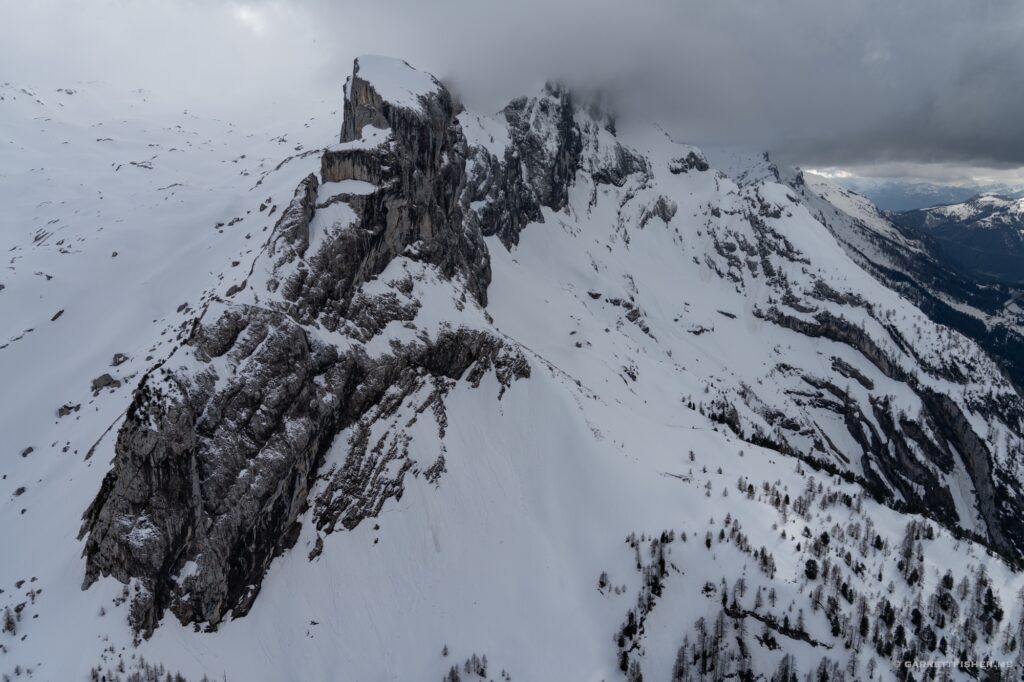