It is an understatement to admit that airplanes are expensive. In a twist of irony, the preceding months have featured a nagging itch to upgrade my equipment. Why? To produce more profit, or otherwise make some financial sense? Try this on for size: the overarching rationale was that I am spending so much damn money on this airplane, I might as well get good enough photographs to match. I am not sure if that is cynical, brilliant, stupid, or all of the above.

Part of the problem stems from a camera malfunction over Chamonix, France. I was using a Canon EOS 77D, about a $900 camera package, which I had bought as, 14 months before, my Canon Rebel 7ti ($750) failed ingloriously above St. Moritz, Switzerland. If anything, I am amassing a collection of world class destinations to have camera failures. In each case, I swapped lenses in flight from my secondary zoom lens camera, a Canon Rebel 6ti ($650), and carried on, using a prior camera as a backup.

I ran into an issue a year ago where the 6ti just was not getting the crispness I wanted for focus, although it has the same sensor and lens. “Perhaps it is the Dual Pixel AF technology on the 7ti and 77D” I thought to myself, and tried to have less dynamic motion while flying, which didn’t amount to a hill of beans. After taking my 550,000th photograph recently, it being out of focus, I decided that “enough was enough, time for another camera,” though that old sensation of making good on my prodigious bloodbath of money (by spending more) came to mind. Is it not time to upgrade to something that is commensurate with my level of aerial fanaticism?

I went on a bender researching high end Canons, and nothing jumped out from the models costing thousands of dollars that made any sense. Megapixels were the same, features similar, processor generations sometimes older. I almost bought a low- to mid-range camera again, until a friend suggested the Sony Alpha series, which at minimum, achieve the goal of breaking the bank.

I went to a big box camera store to defecate roughly $3,000, and they would not allow me to see the camera before purchasing it. “Um, I would like to compare lens field of view in the store to my existing camera.” “That is against policy.” “But I’d like to see how it works before buying it.” “That is against policy.” “You don’t have a floor model, so can I return it 5 seconds after I buy it if I don’t like what happens when I open the box?” “There is a restocking fee as it is not a floor item.”

Walking out of there, I went to a traditional camera shop, spoke to a British chap, and got the lowdown of why sub-$1000 Canon cameras are an insult to my profligate expenditures on aviation. Build quality and longevity is a significant element, though it boils down to the sensor. Quality is vastly superior with expensive cameras. I decided to spring for it and buy the body somewhat on a whim.

It is a significant deviation from my current workflow, as the Sony Alpha 7r III is mirrorless, which means that there is an OLED sensor in the viewfinder. Finding it hideous on the first flight, from the second onward, it was glorious. The field of view is massively larger than SLRs, to the point that my SLR camera looks like a somewhat silly eye-exam machine, where the viewing area seems small and projected far away, which explains why I would often find intriguing details after downloading photographs taken from the zoom lens camera – I simply couldn’t detect them in such a small visual field in the air.

The journey wasn’t over with the camera purchase. I left with a rental lens, a 24mm full frame fixed focal length piece, which equates to much wider than my field of view with an APS-C 18mm, though I thought that the “grandness” of such a wide-angle lens would make up for it. Aside from including the wing and propeller in 90% of images, it had the reverse effect. The reality is that a massive scene is compressed into the same size image, which ironically makes things look smaller and flatter.

Since variable length lenses of good build quality are rather heavy, I went with a 35mm fixed focal length (nothing like harking back to the 80s), and it had a nice composition and feel to the final product. Images were balanced and had a decent perspective, except I came to realize that I was flying way too close to mountains to try to frame the image. With no ability to change focal length, the airplane had to try to kiss the mountain to get the image right. That would likely result in a fiery death, so I finally settled on a 28-60mm variable that works rather well.

In any case, I used some flights over France, in the dead of winter, to a) try to freeze myself to death repeatedly and b) sort out the saga of working out my new equipment. Some images of these overpriced and dubiously justified escapades are below. Final images are now 42.4MP, instead of 24.2MP, are of incredible quality, and are virtually never out of focus. That reality means that I had to defecate $305 on another 10TB drive (I have over 60TB now), so as to do financial justice to the overwrought camera purchase, which was meant to “balance” the lack of sense spending too much on airplanes. 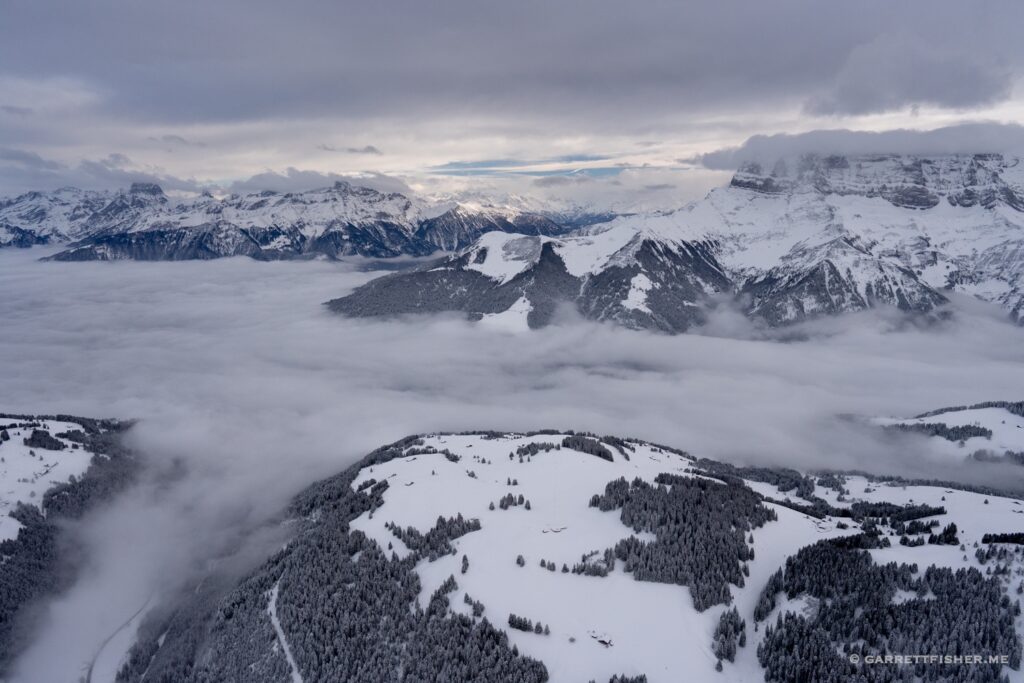 Avioraz, France on the middle left. 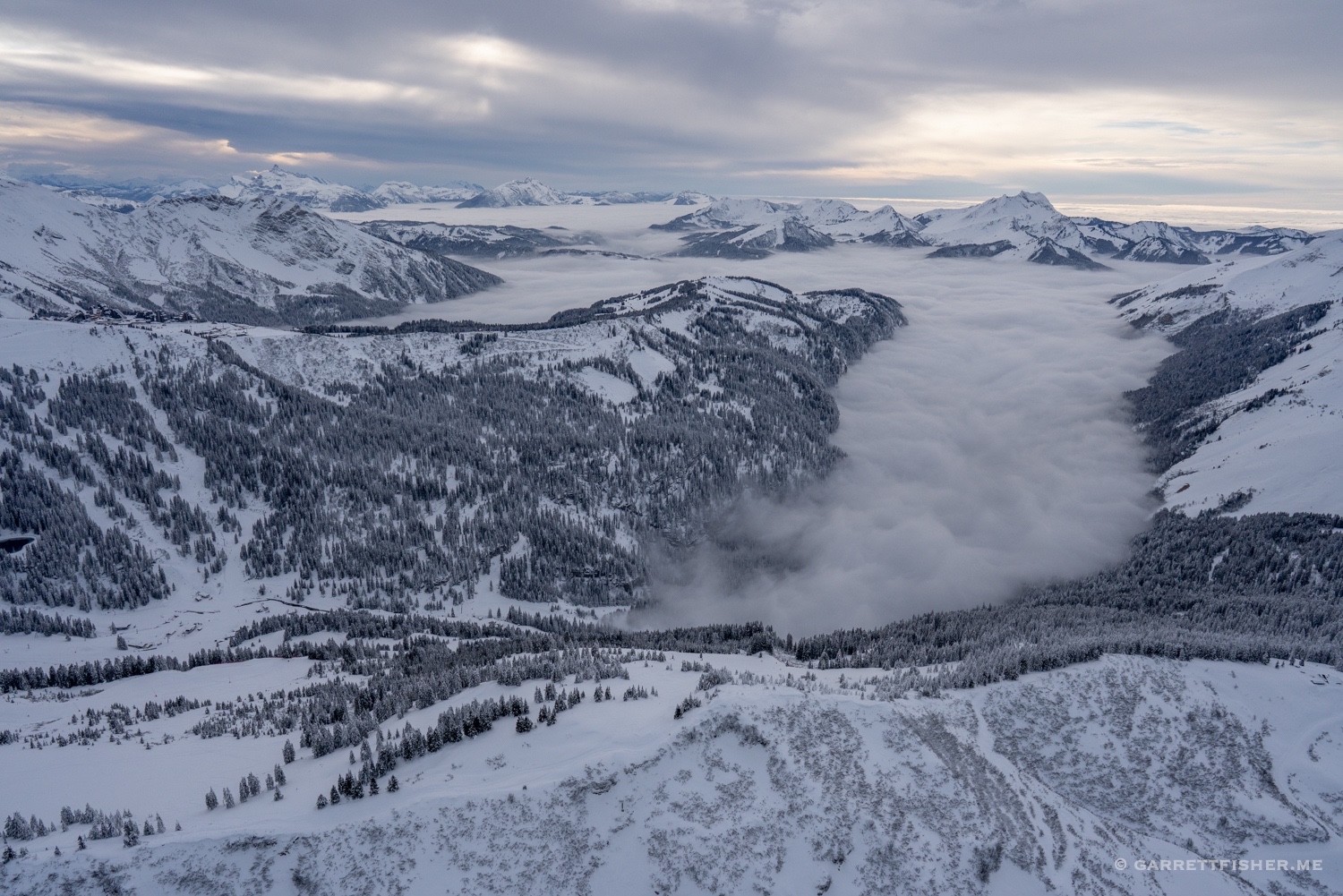 How am I supposed to know where this is? Its all clouds. Geneva is somewhere to the right of the sun. 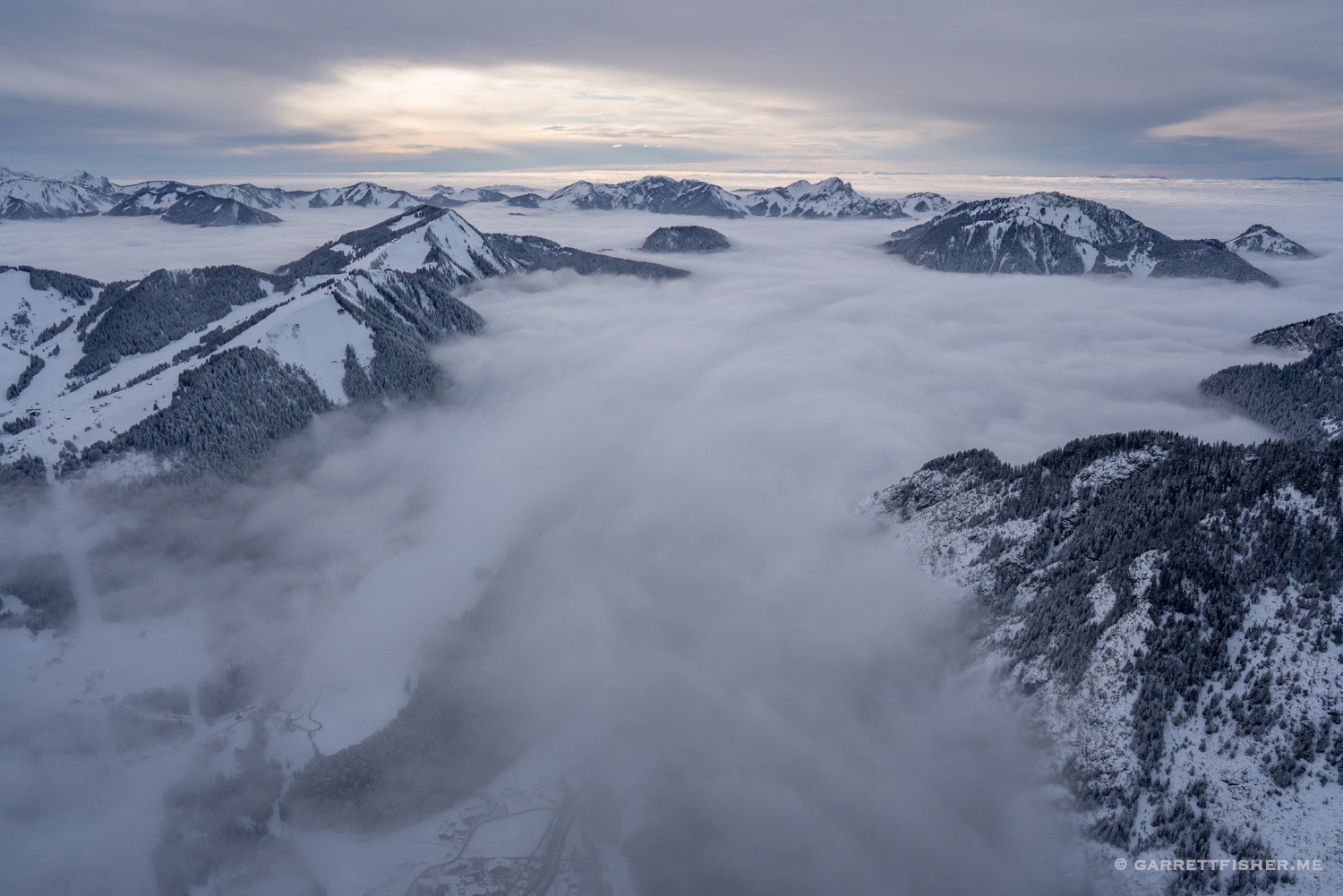 Western terminus of the French Chablais Alps. Lake Geneva is to the right, under the clouds. 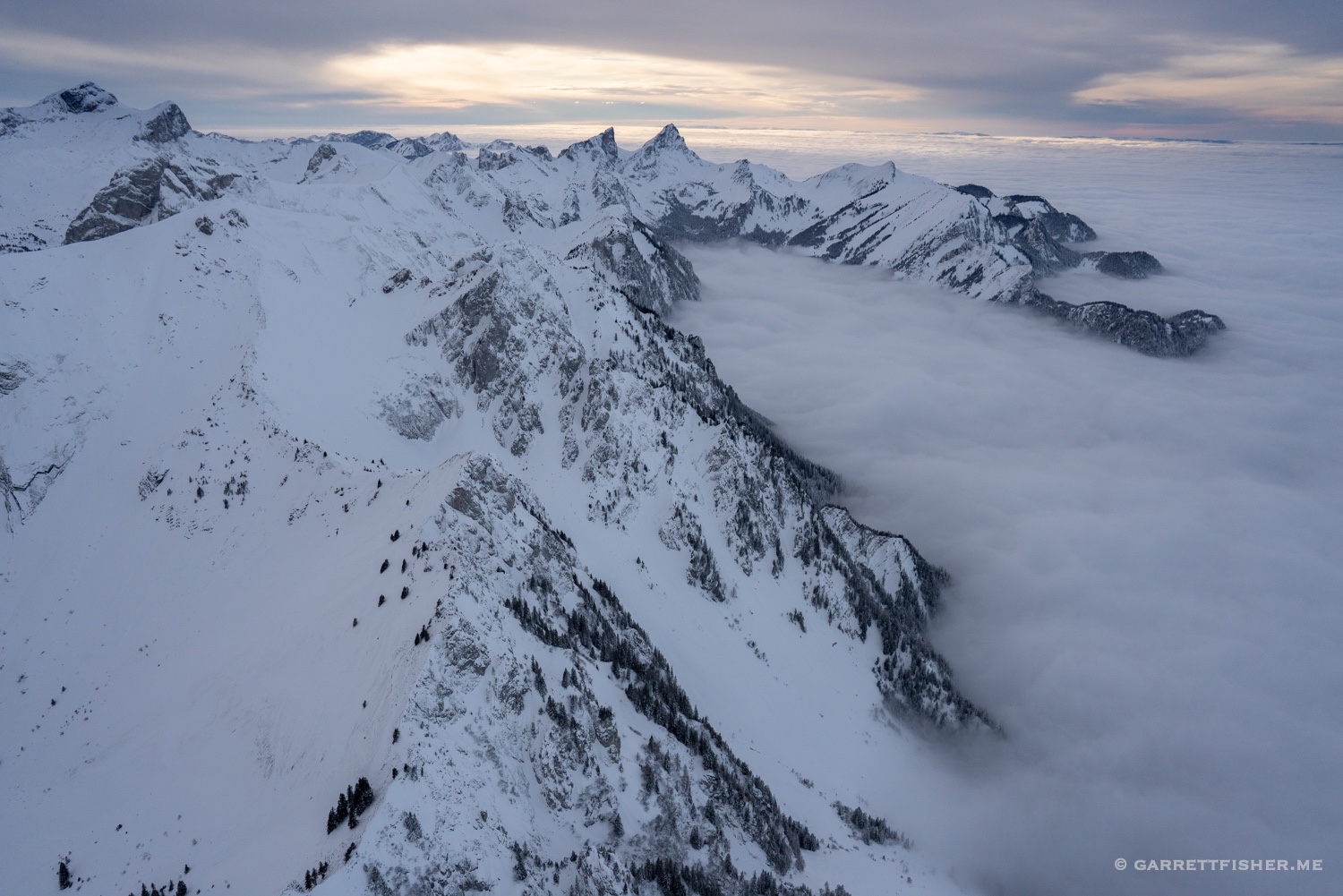 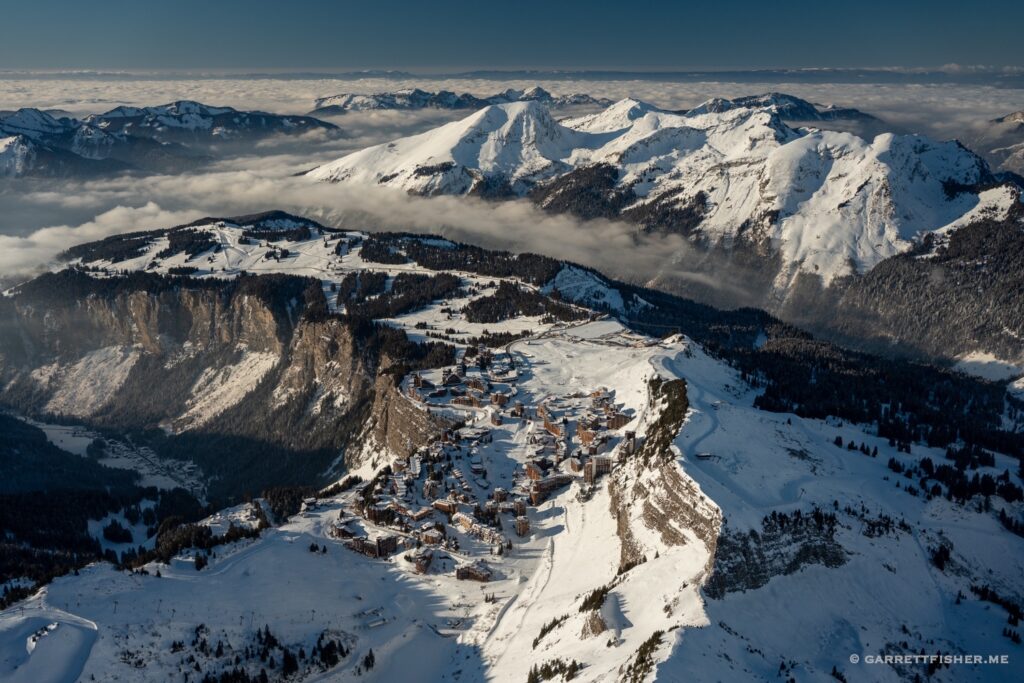 Les Hautes Fortes, with Mt Blanc on the horizon. 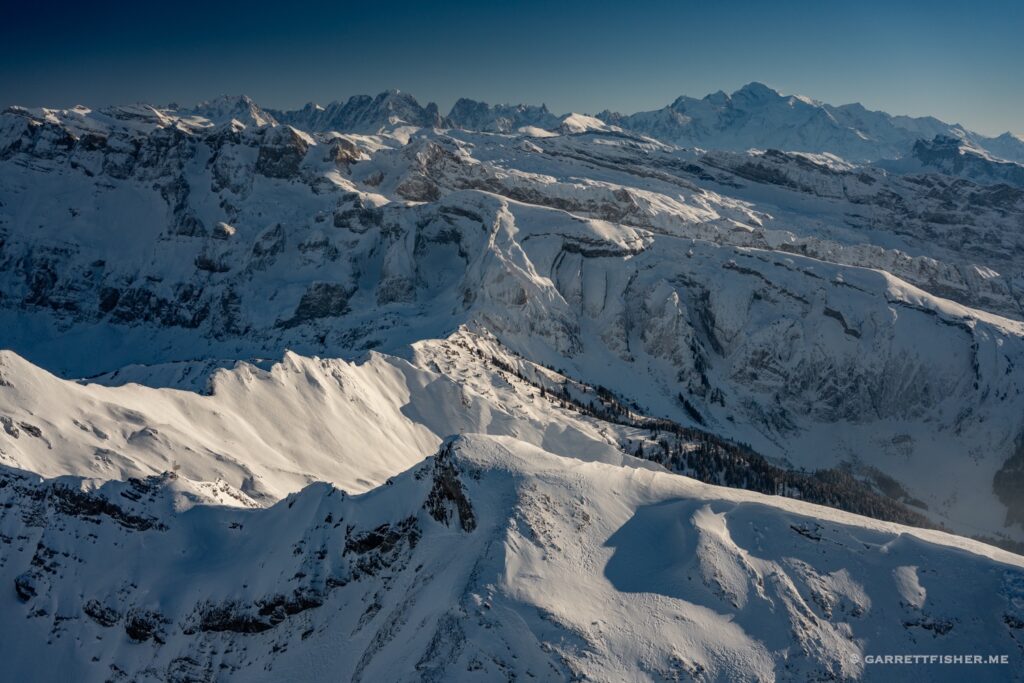 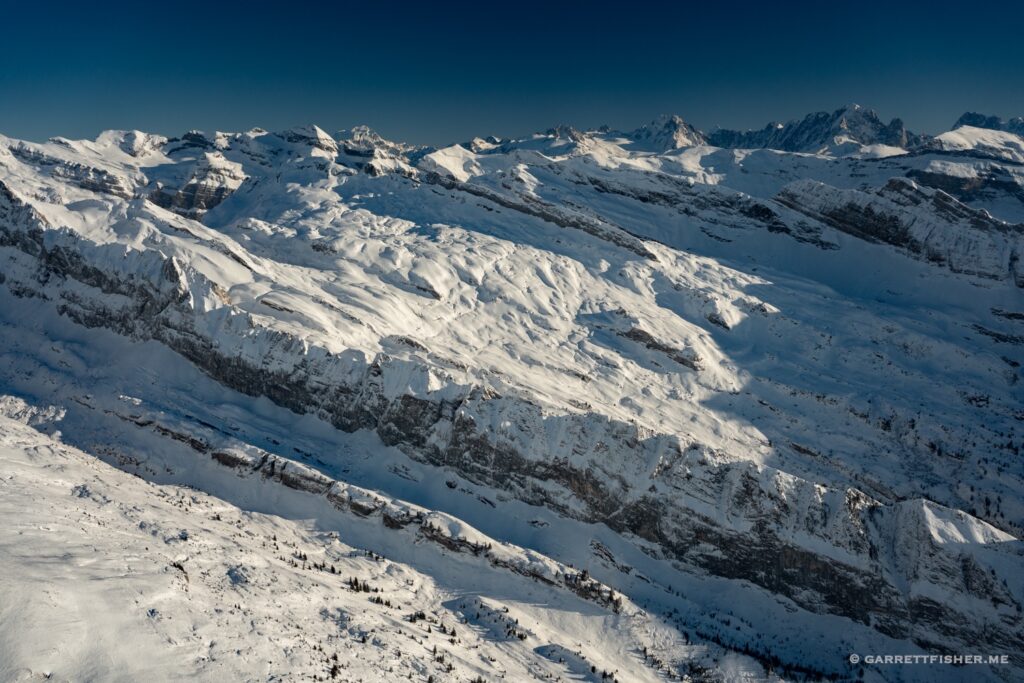 Sixt-Fer-à-Cheval, France. Well, its under the clouds. Thumbs up for great emergency landing options! 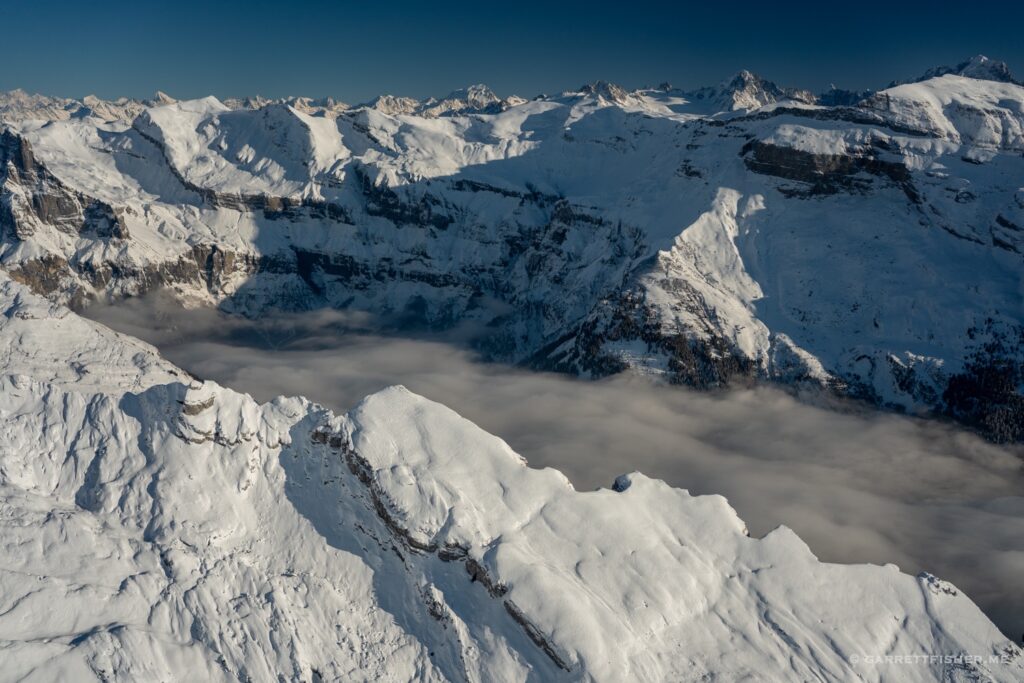 Chamonix around the bend to the left, under the clouds. Mt Blanc dead ahead. This is me thumbing my nose at the site of my Canon’s “original sin.” 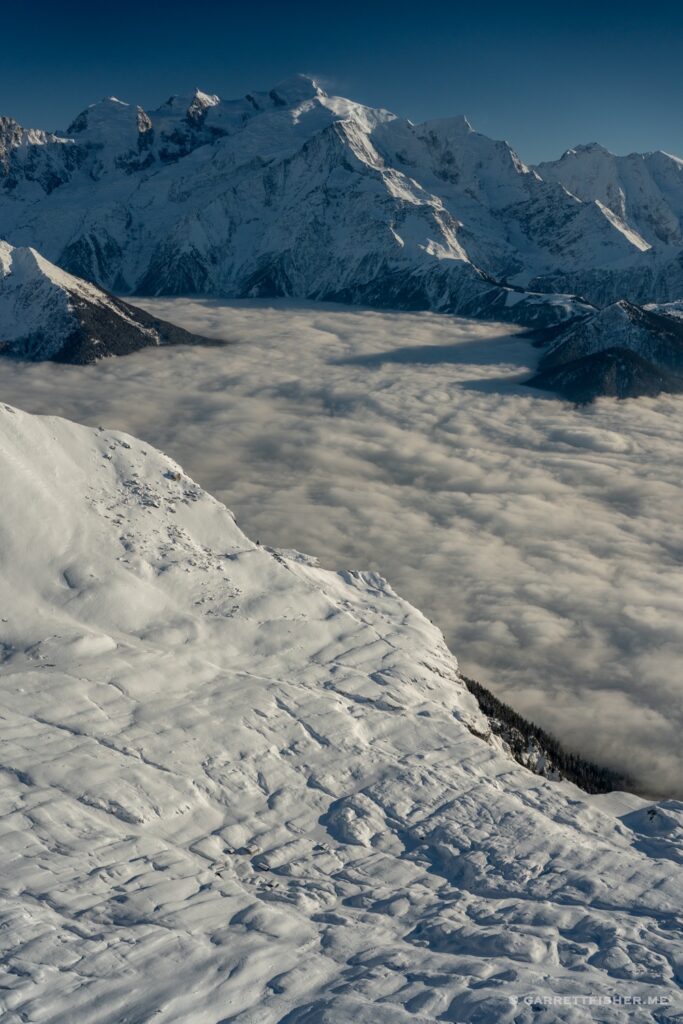 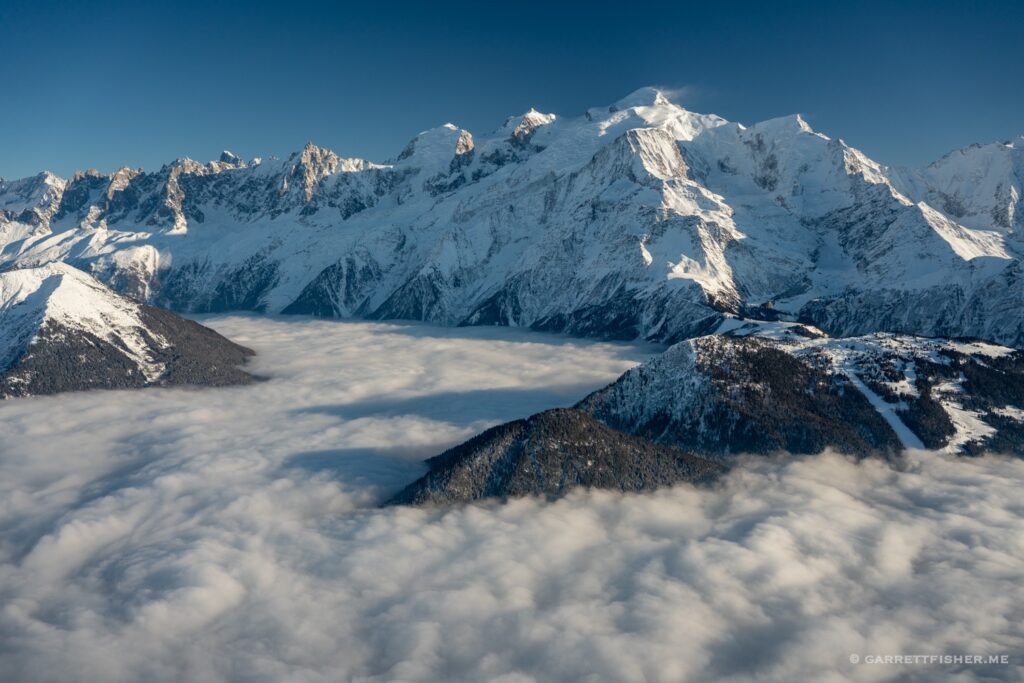 Looking somewhat toward the sun (southwest). 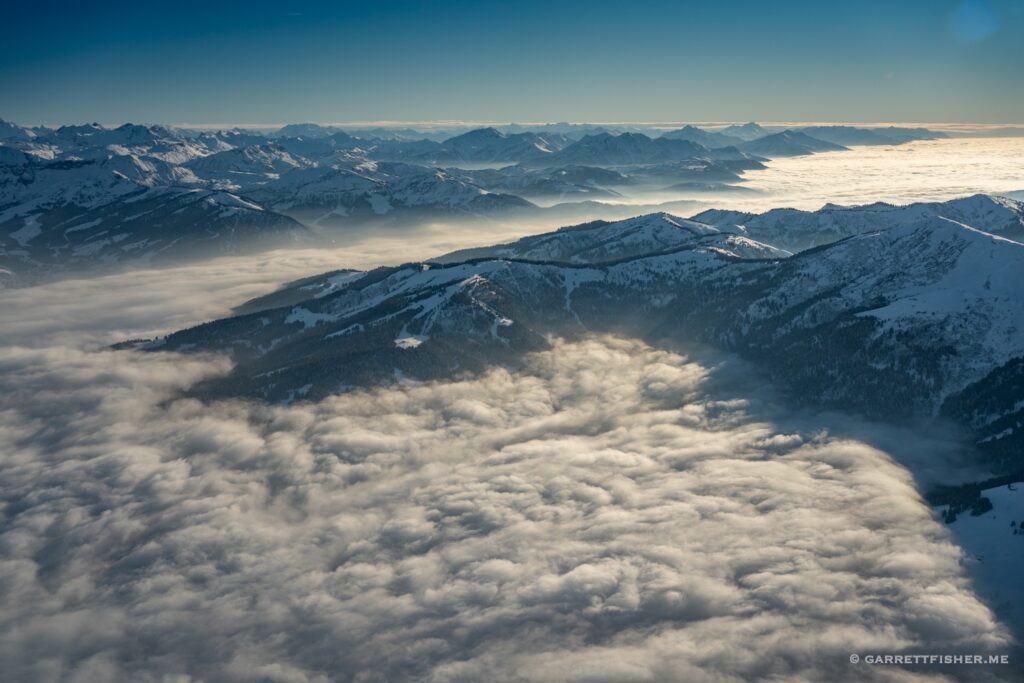 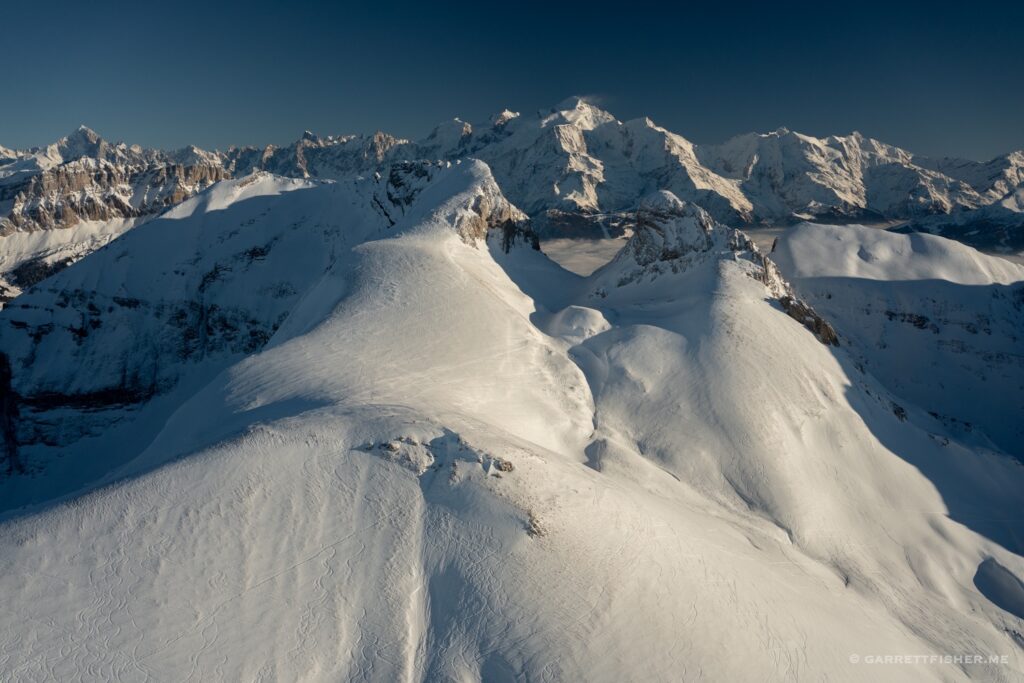 Western edge of French Chablais Alps, with Lake Geneva hiding below the clouds. I can declare the camera a success! 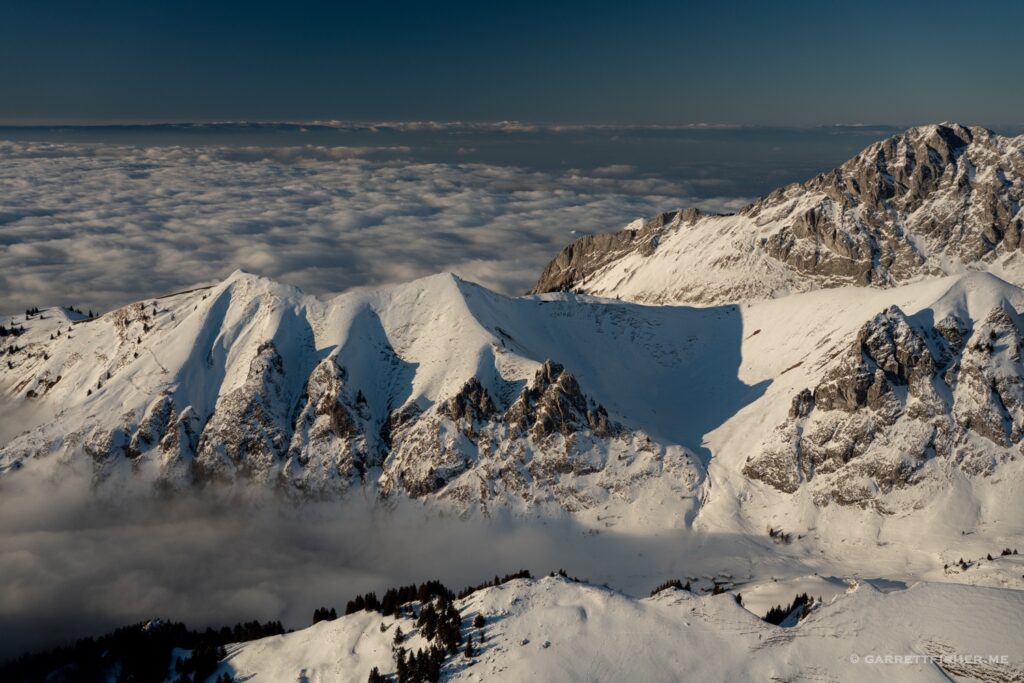