After taking the prior two quite glorious flights into the Wyoming glaciers, I got frisky in my ambitions. “Why not do the Montana glaciers?” “Why not photograph the entire Western Continental Divide in the US?” Since things were going so well, that was a wonderful set of ambitions.

Then came the smoke, about 36 hours after I became emotionally attached to these ideas. “Oh, it should blow out in a few days.” Nope. Two weeks later, and its still here. This is like coitus interruptus (research the phrase: it’s a quite humorous medical term for the adverse affects of interrupted sex) or the honeymoon night but someone forget the condoms, or relieving oneself after having drank 14 coffees and stopping midstream, or smelling the delightful smell of a home cooked meal simmer for 4 hours, only to not be allowed to eat it. The metaphors are endless to describe the painful itch that is to have the pressure of flying thousands of miles, all needed before the winter snows come, and stuck staring at a biblical quantity of smoke in the atmosphere.

I finally got so pissy I had to just fly around. You know “prevent the engine from rusting.” I flew three different times. The first time, the smoke was forecast to be topping out at 12,000’, so I flew to 12,500’. It was not as dramatic as I hoped, lacking the contrast I was seeking. Time number two, it was just ridiculous as I could barely see anything. Time number 3 I flew over to Bondurant, WY to see a lightning-induced fire, only to be disappointed that it had gone out on its own (when I want smoke, I can’t even get it). Flight number 3 was just tantalizingly revealing enough of an improvement in the smoke levels to incite fantasies about photography flights, though no reality in actually having them.

Even as I write this, it’s just a strong “haze,” having been downgraded from biblical to poetic literarily metaphoric intensity. And here I sit, watching the days go by, one by one, ticking them off as I get closer to old age and natural death……

Snake River Range looking toward Star Valley. No, this is not pretty. 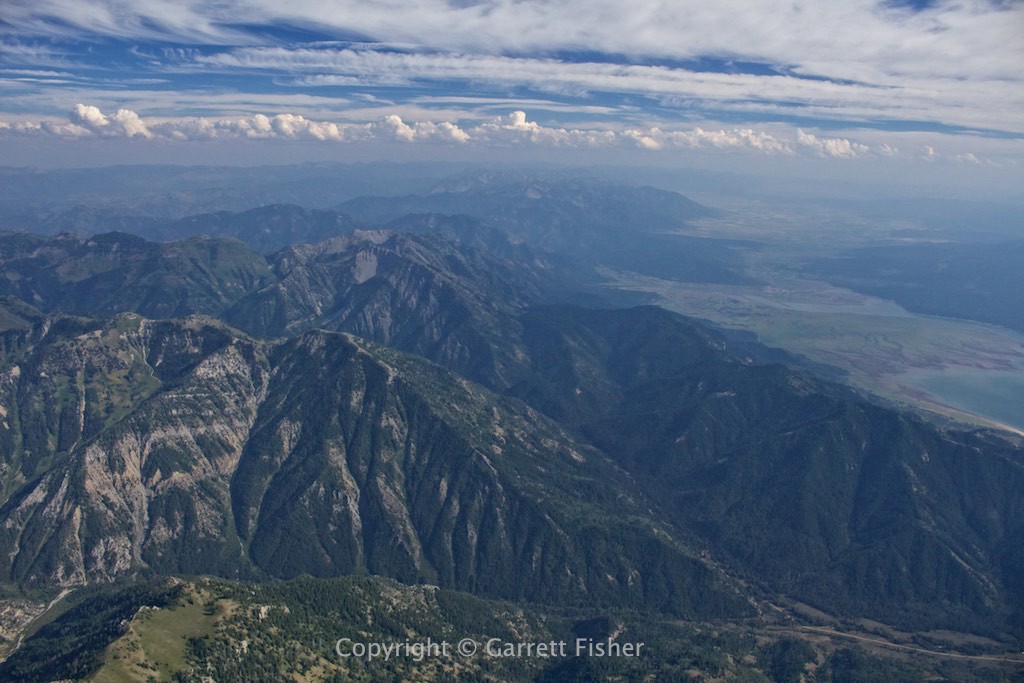 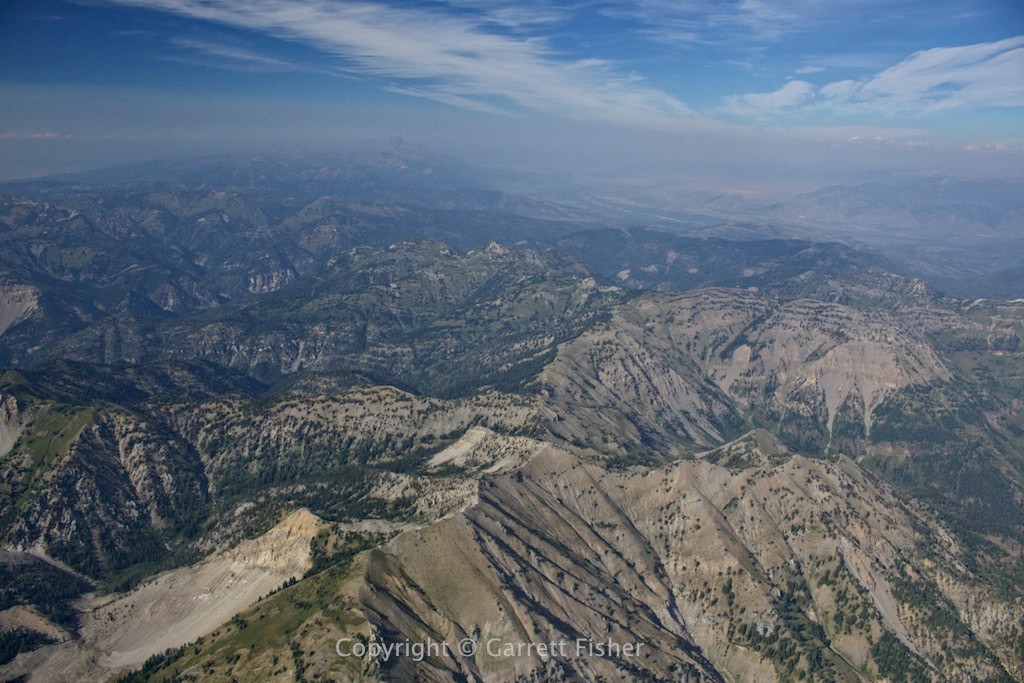 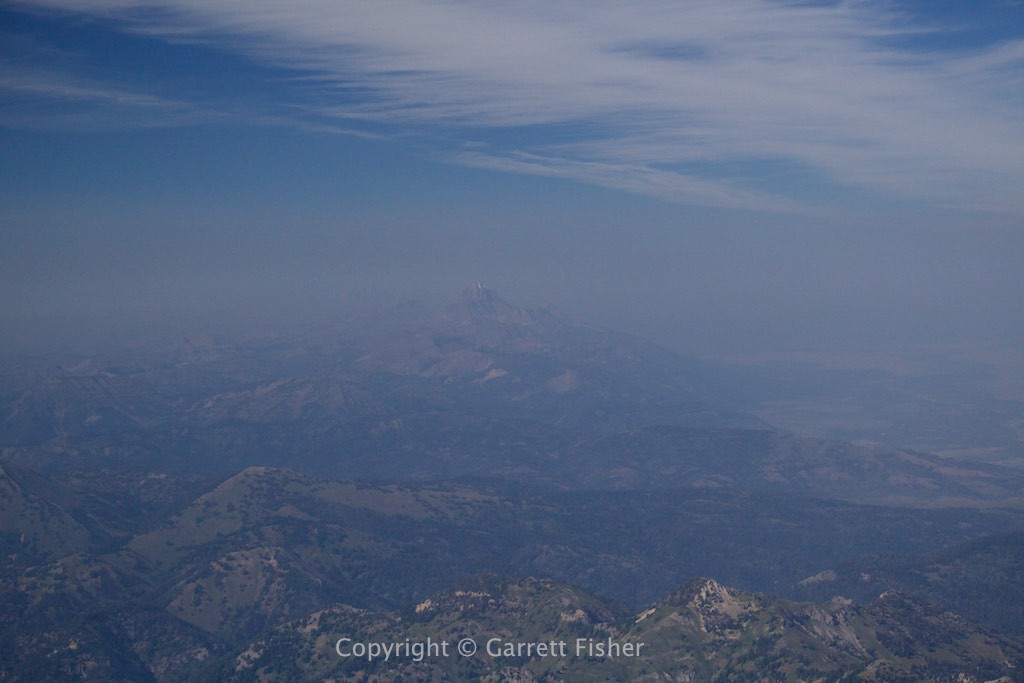 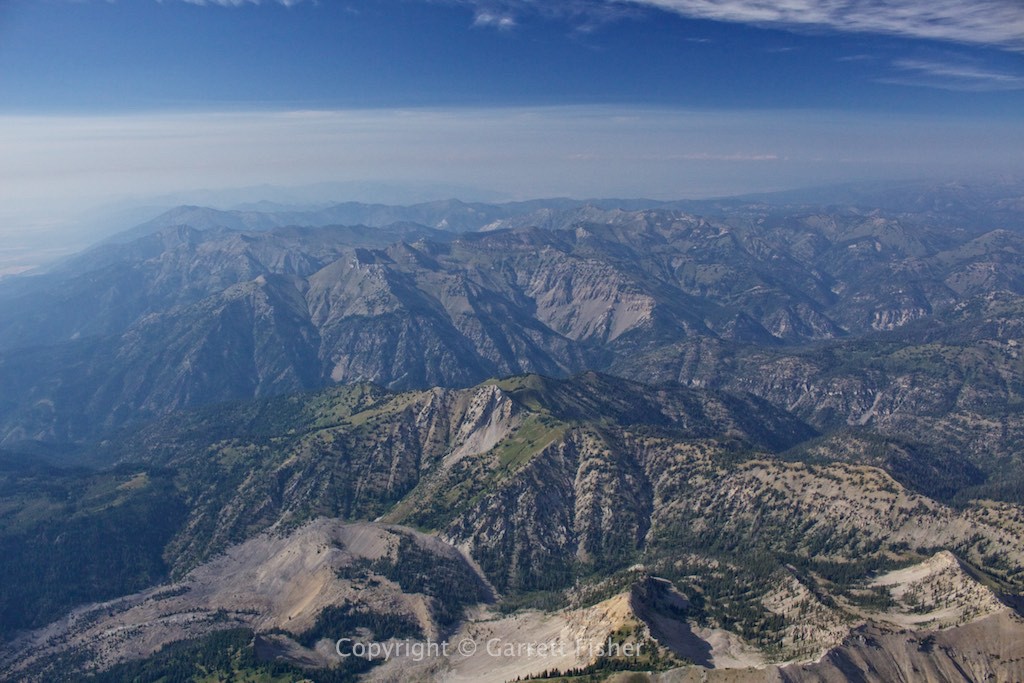 You know, people move to Idaho because the air is so clear. 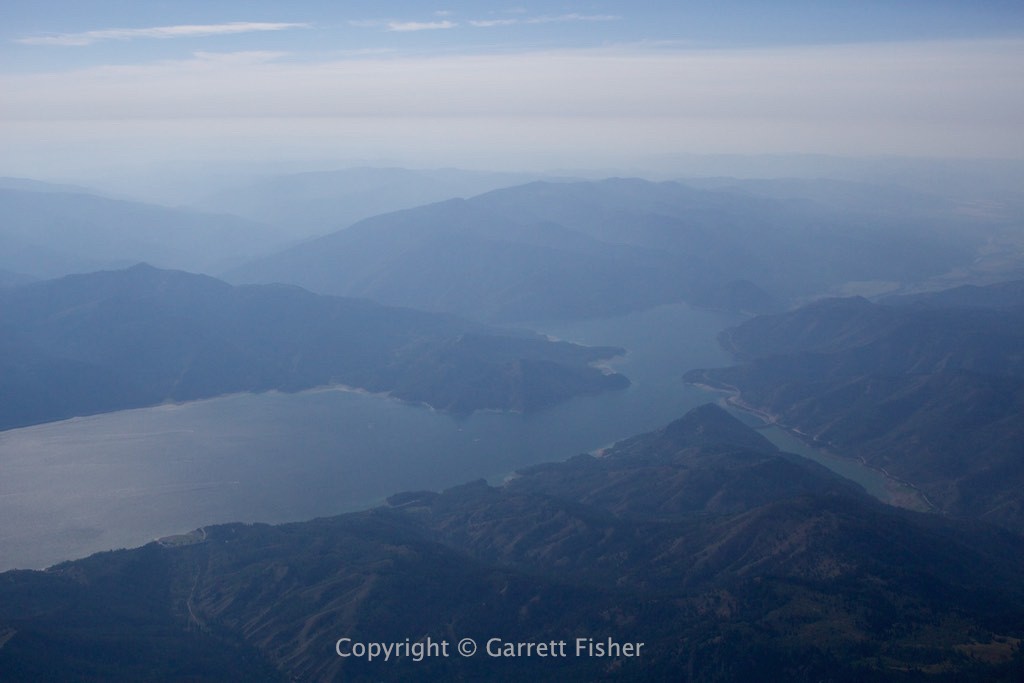 “This is God. Thou shalt not be flying!” 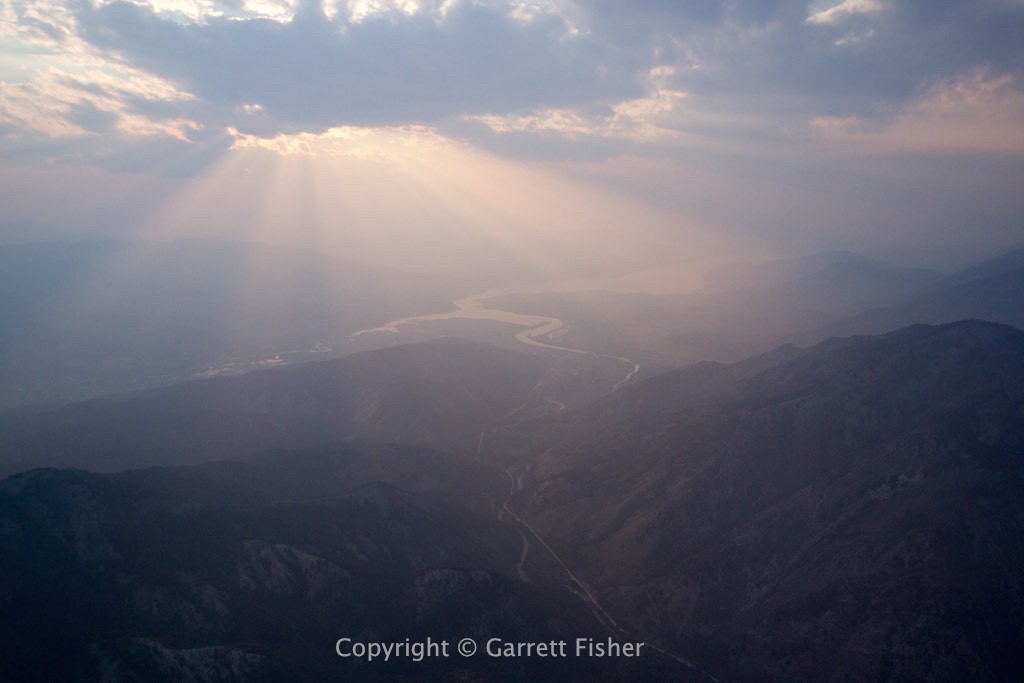 I’ve heard the West is really pretty. Especially the views. 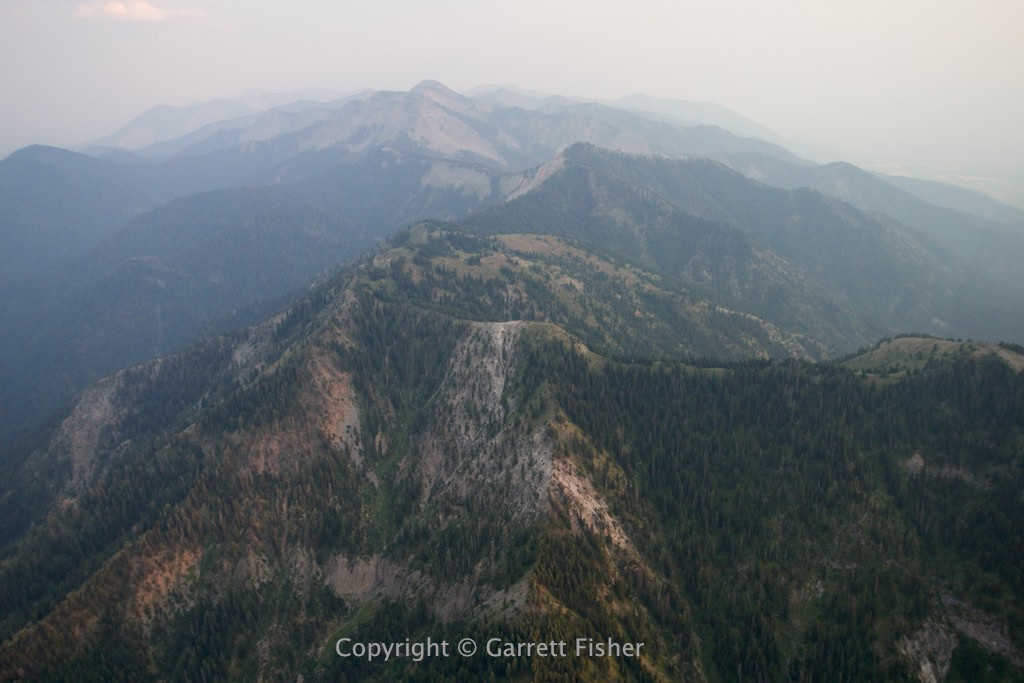 It disgusts me that I managed to make the Snake River look pretty in this situation. 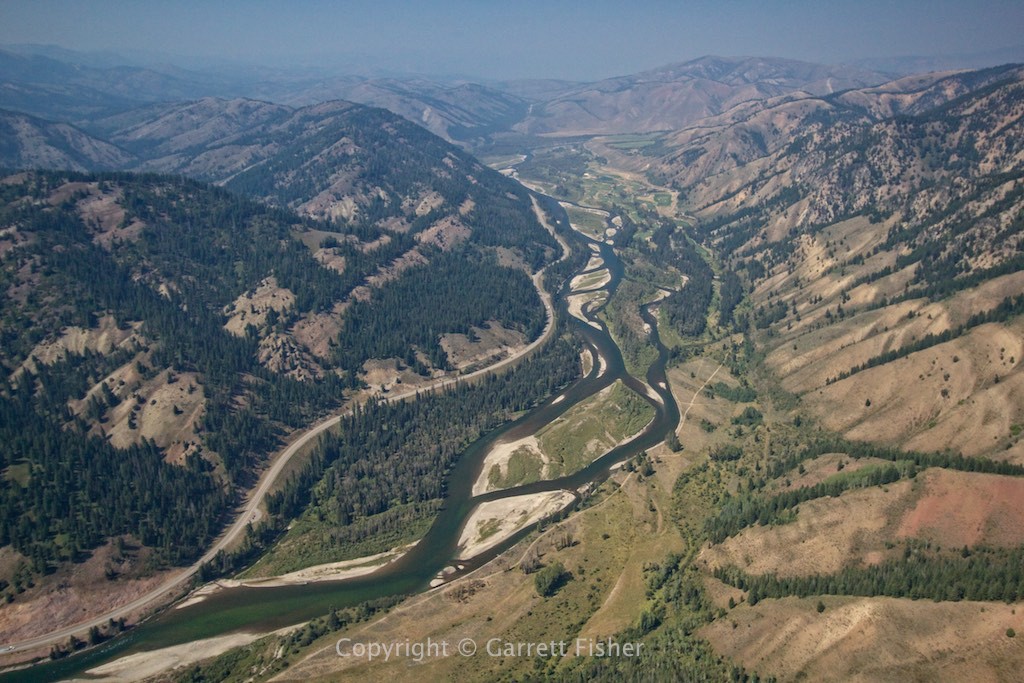 Insult to injury! Fall is beginning, slathered in smoke. The blue sky is thanks to a polarizer, don’t get all worked up that things improved. Though I must admit that I surprise even myself with superb contrast and composition. 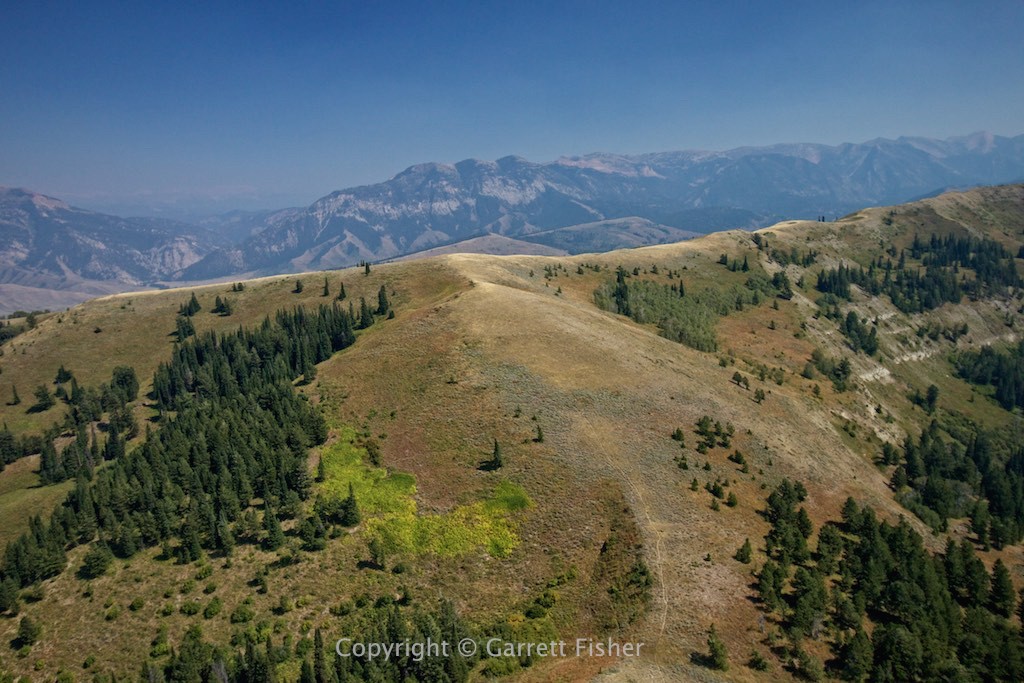 At least someone is enjoying the gift of flight 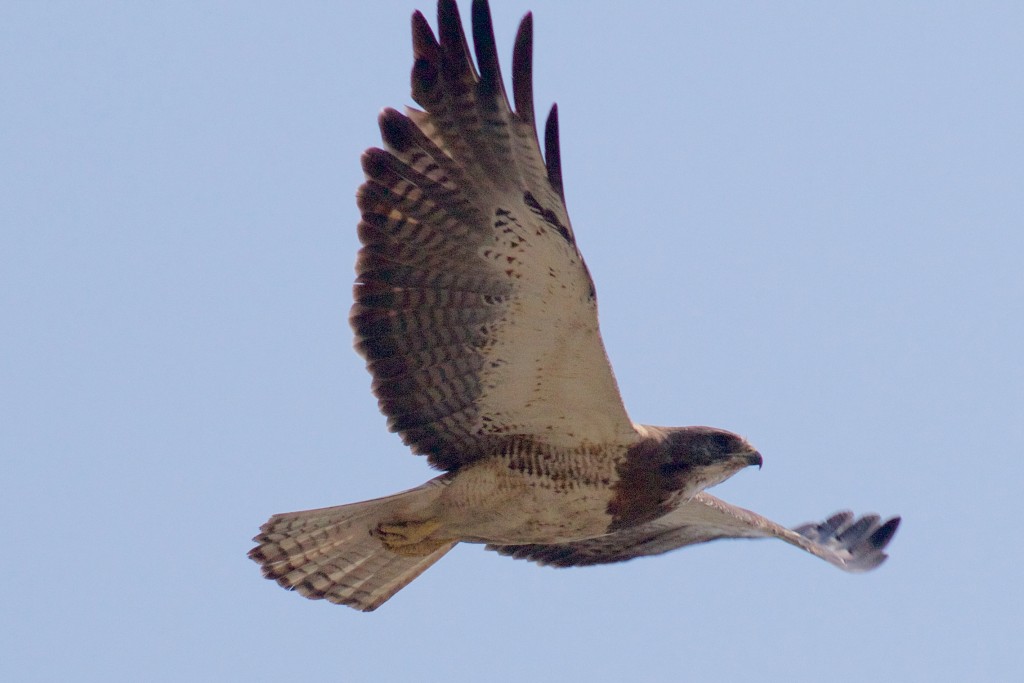