The Wind River Range is where the rubber meets the road on glaciers around here. Most don’t know that they exist to the level that they do. Here is some perspective: of the top 10 glaciers in the Rockies (not including the Cascades), 5 are in the Wind River Range, including the largest. Timberline is about 10,400’, and the grass quits growing at 11,500’ or so, with over 2,000’ more to go until the highest peak in the range and the state at 13,809’. It’s like staring at the Arctic, a surreal inhospitable tundra that doesn’t look at all like Wyoming. 20 miles away and the desert basins return.

Most of the glaciers in Wyoming are. I got there by passing along the Gros Ventre Range at 11,000’, last seen on a prior blog post in June with the last of the snow melting on it. Now it looks less like an alpine scene and more like a dry one. Don’t be fooled: the terrain exceeds 11,000’ along the ridge.

This time I was angling for the east side of the Wind River Range, which is generally more dangerous in a westerly wind and also has more of the glaciers than the west side. Today was a southerly breeze, with the puffy clouds much higher up. The only concern was the typical drama about losing an engine, landing down in forlorn wilderness where grizzly bears live. Such a nice thought….

I discovered the frequency for Salt Lake Center, the agency handling instrument flights in the higher reaches of the atmosphere, mostly airliners though also some private aircraft. At the altitude over the Wind River Range, I could hear all of the traffic and SLC Center clearly, and stayed on in the event of an emergency, as they could relay my impending doom. “Salt Lake Center, Piper Cub 4-7 Hotel at flight level 155 declaring an emergency….” Thankfully that didn’t need to happen, though there would be quite a few pilots on the frequency wondering what the hell a Cub is doing up there.

I ran into a few pilots 10 days after this flight at Alpine Airpark that had flown up in private aircraft from Mexico. I thought it was a novelty to see my first airplane begin its tail number with an “X.” They thought it was a novelty that a big fat white guy spoke fluent Spanish. While it was a bit hazy to understand, they told me about a plan to fly (it goes something like this): ‘down low over a really big glacier near Green River Lakes.” Hmmm….. “You’re going to the Wind River Range?” “Yes, just the one glacier.” So I showed them on the map the last chance they have before they die if an engine quits, how long of a hike it was, and where the parking lot is to escape to. I pointed to the Cessna 182 and suggested NOT taking that airplane and taking one of their bush planes instead.

A few days later, I find out that they crashed into Mammoth Glacier, in the Cessna 182. Two onboard, both lived, though quite banged up. It took 8 hours to get helicoptered out and it was a near death experience for these two on multiple fronts: both the crash and the hypothermia on the glacier afterward. Thankfully they should recover.

While my photos look compelling and like the work of a fearless maniac, everything is a highly calculated risk with escape avenues and mitigating factors to known disasters (all except the wing falling off). I really don’t go that close to the glaciers, as my airplane simply doesn’t have the power at that altitude to cope with surprises. Mountain flying is less about some incredible falcon-like skill in operating the aircraft; it’s more about understanding the wind and weather and using outside circumstances to one’s advantage. Other than Mr. Toad’s Wild Ride (and getting turned upside down in Virginia), most of the time mountain flying is a quiet cockpit experience, with heavy mental processing deciding where to go. 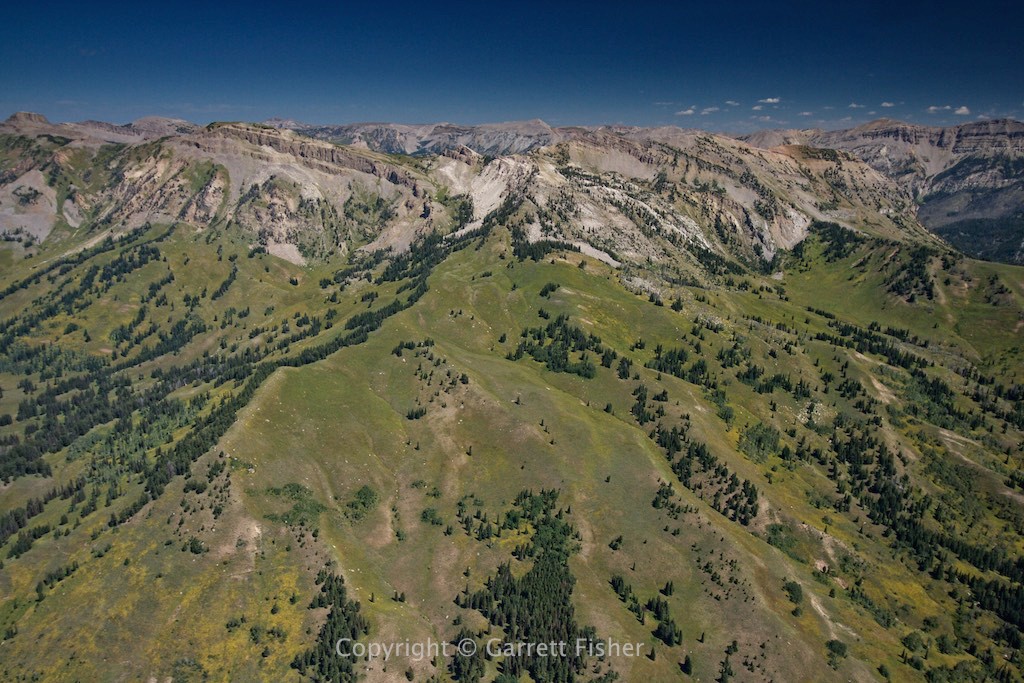 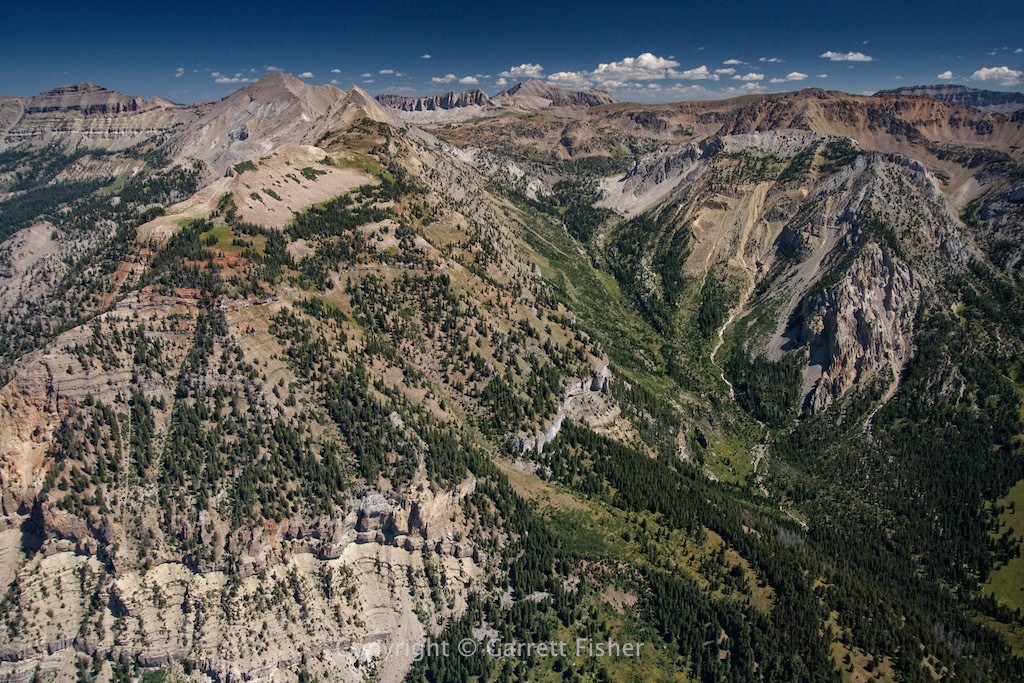 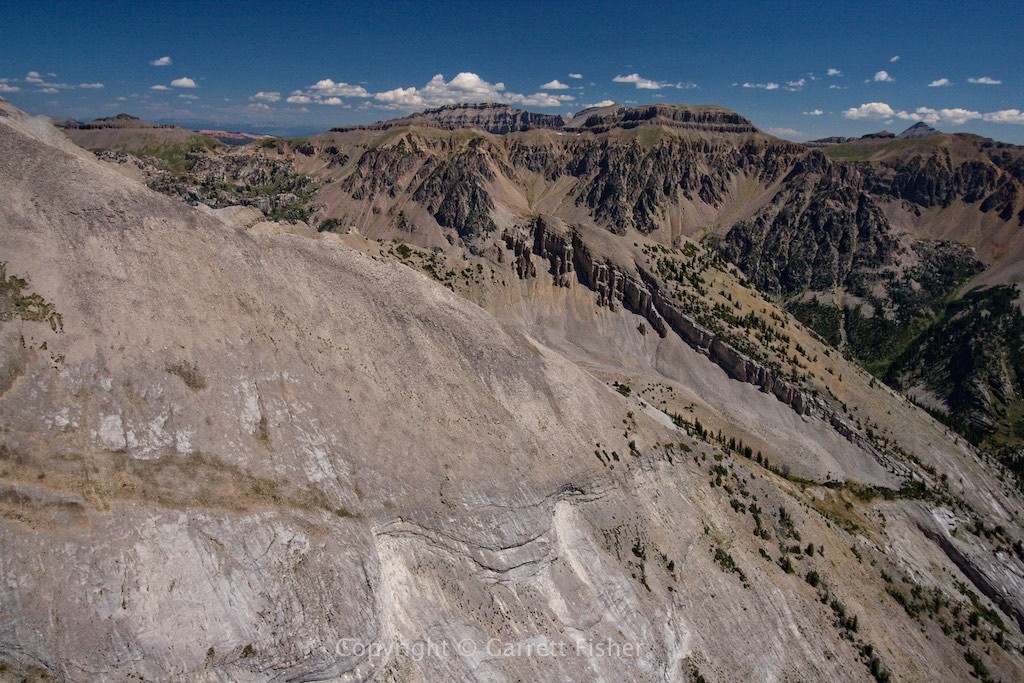 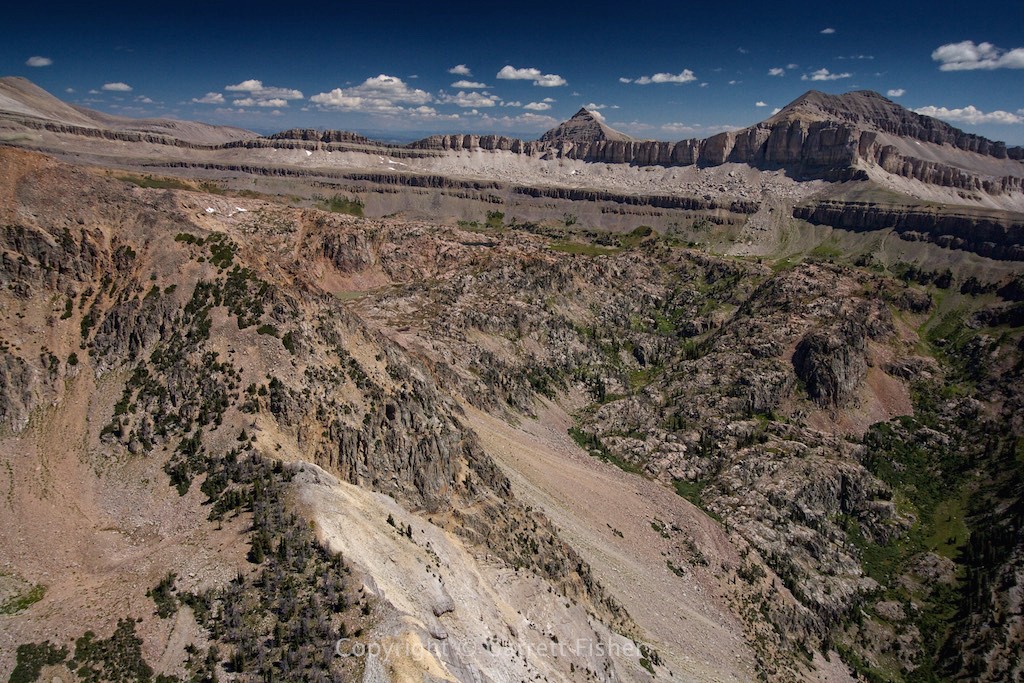 Northern Wind River Range, above timberline. These are NOT Scottish hills. The terrain here is about 11,000′ and very rocky. 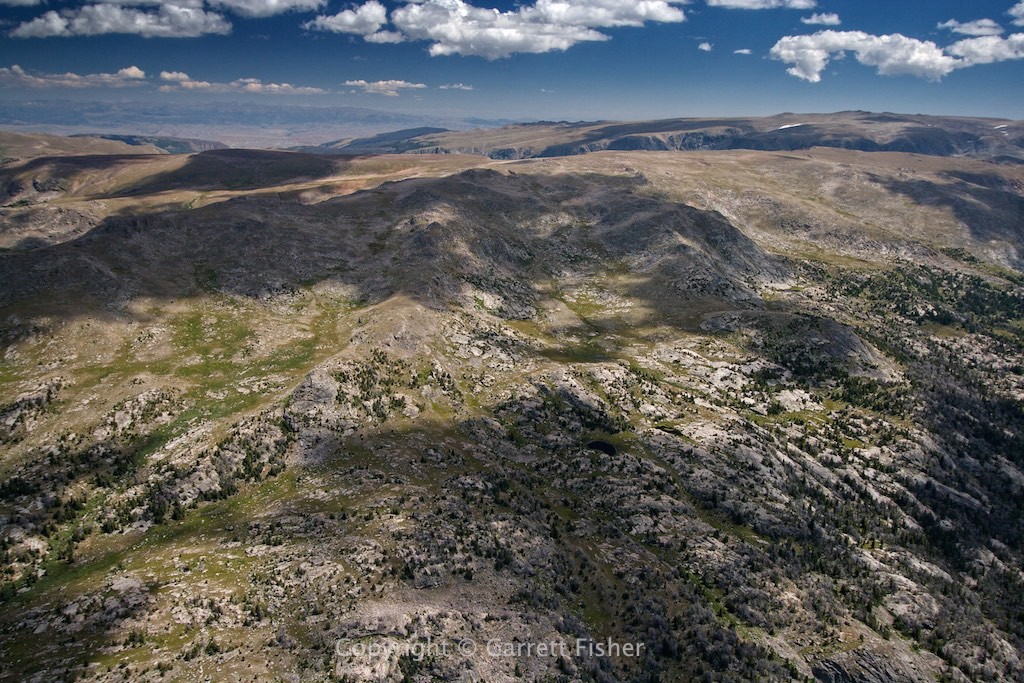 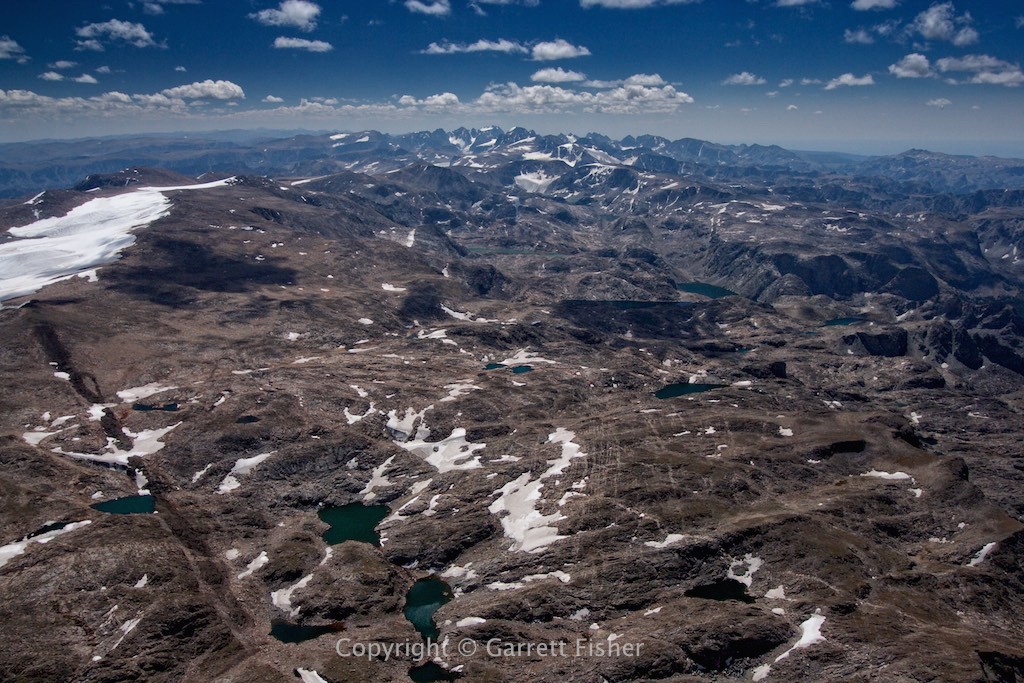 Wind River Range, looking SE toward Riverton, WY. Follow the last letter of my name at the bottom straight up 30% and you’ll see an itty bitty meadow. That’s the emergency landing location, and the hike goes to the flat land on the horizon…. 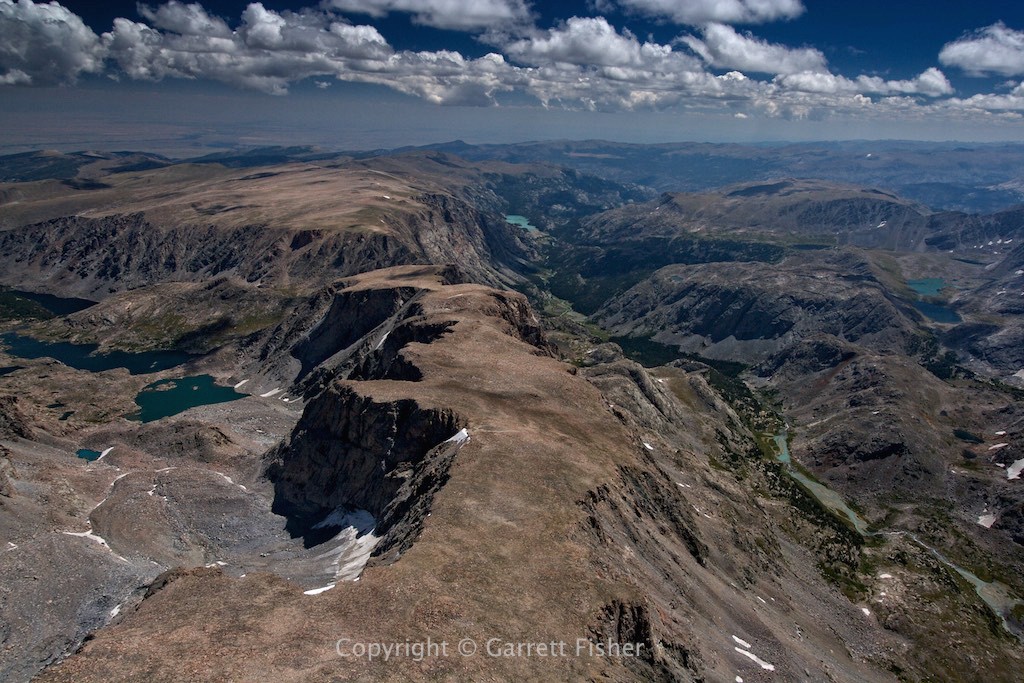 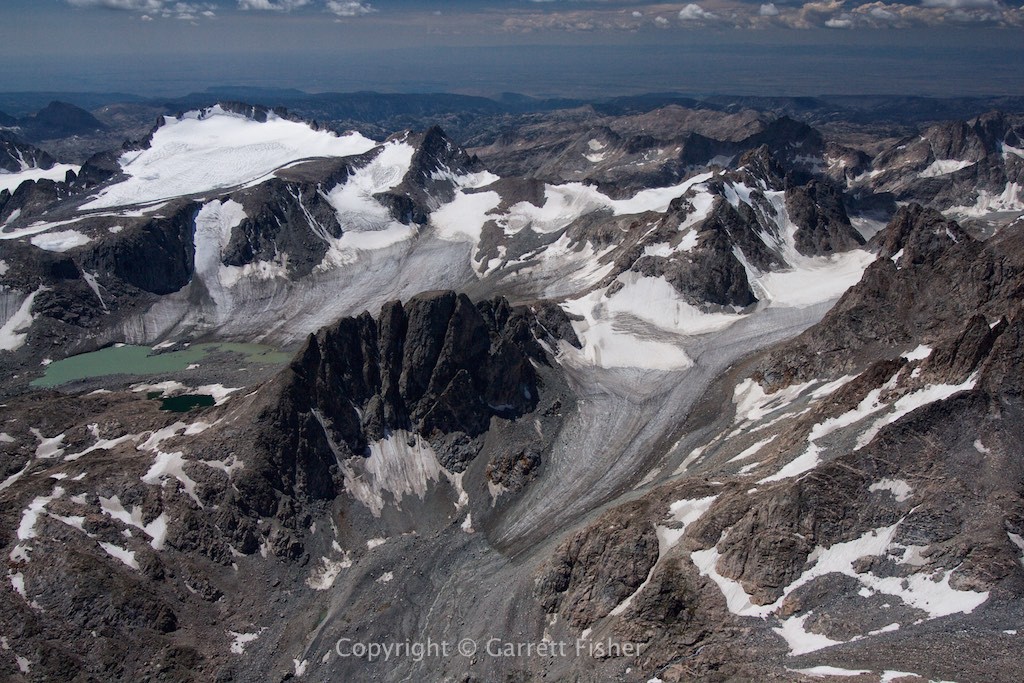 Glacial melt flowing into Little Milky Lake (9,721′). Also an emergency landing location, probably right into an inhabited bear cave. That wouldn’t have been the first time I stumbled across one…. 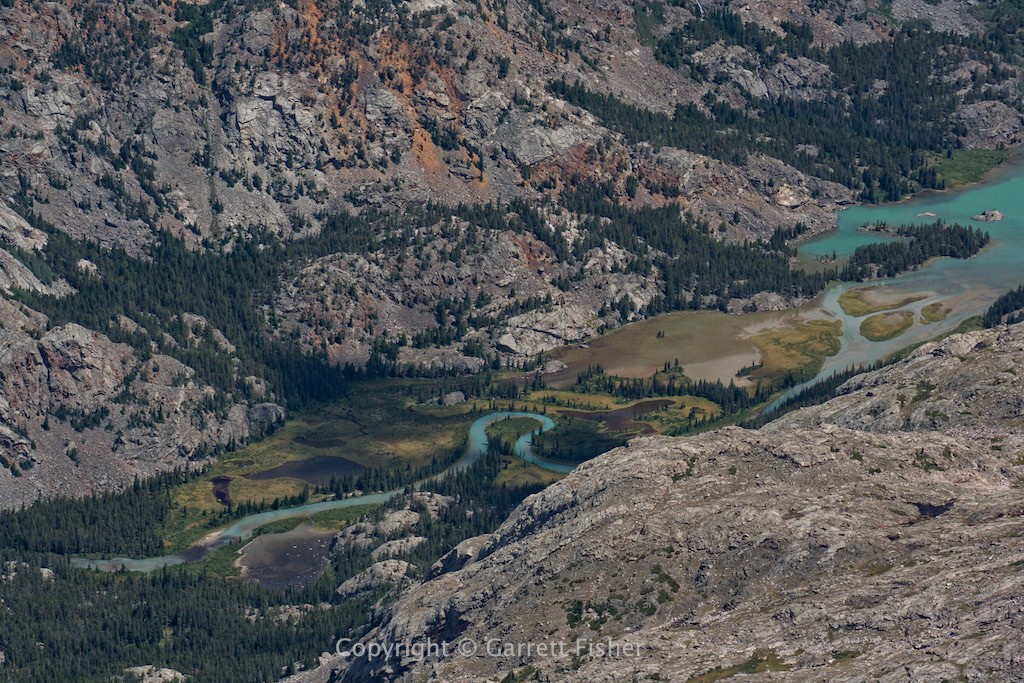 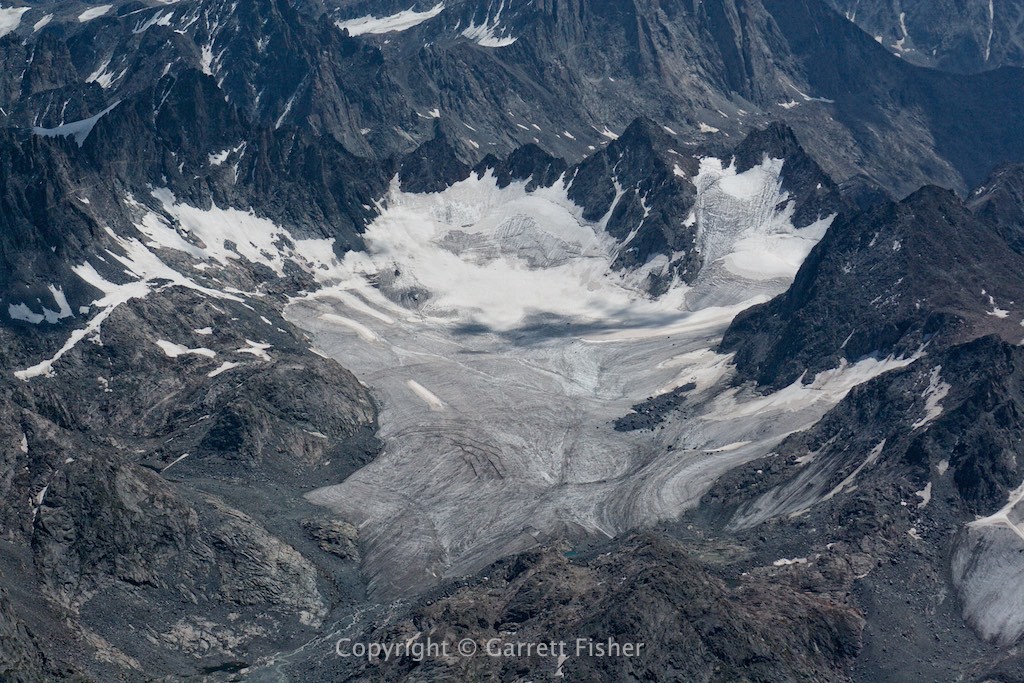 Wind River Range, after finishing the job and breathing one hell of a sigh of relief… 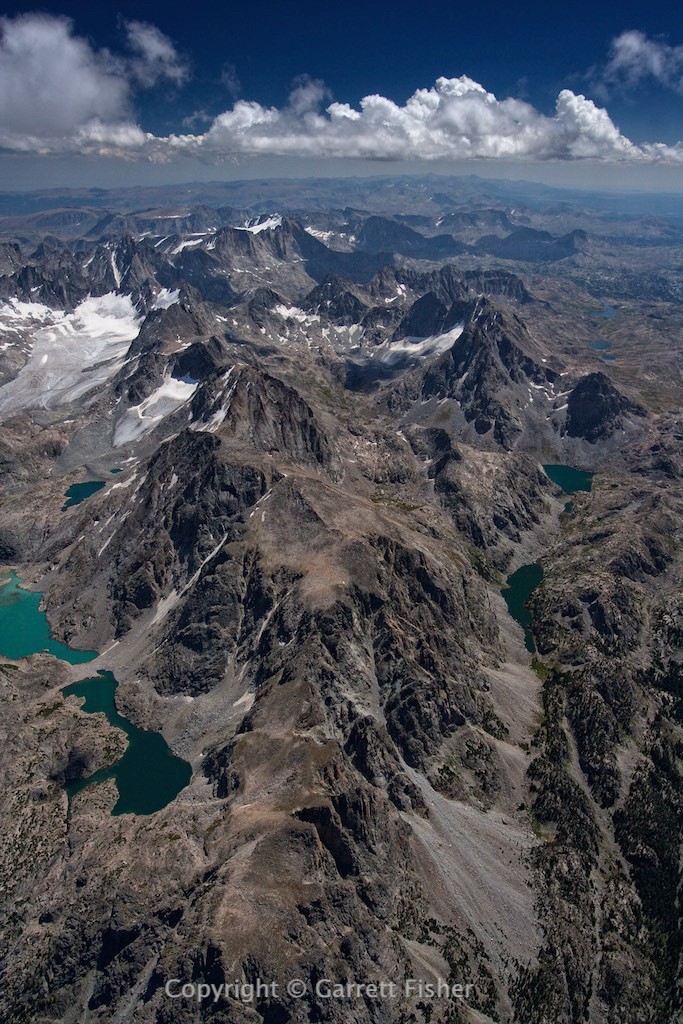 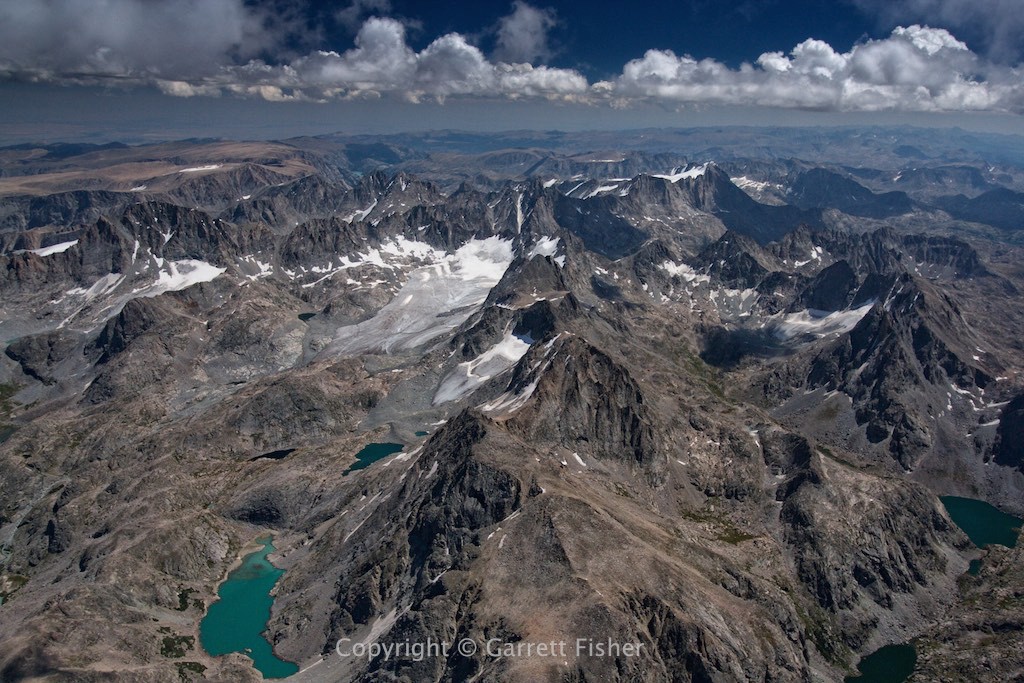