As winter approaches, it starts to become normal that my world gets smaller. 15 hour days give way to 9 hours, with increases in wind, nasty weather, and freezing cold. Remember that I do not have operable heat, and I am flying at elevations well above that which the average person in the West experiences. That unbelievably cold wind and temperature on top of Jackson Hole Mountain Resort? Yeah, I am flying higher than that. Therefore, I spend more time closer to home. That’s not such a bad thing, as winter weather has lots of visual variety.

This flight was another around the Tetons. I owed a friend a favor, and he wanted to see how my photography was done first hand. This guy is a maniac paraglider (who literally jumps off of Jackson Hole Mountain Resort with the paraglider). He has actually taught me a few things about mountain winds, as he has flown them in a way that I have not. He is also a powered flight student pilot, so my aviation evangelism kicked in, and I did my patriotic duty of taking someone who was interested in aviation in the airplane.

He wanted to see things up close and personal, and that’s what he got.

The winds were not cooperative. They were blowing, that was for sure, though absolutely remained inconsistent in direction. Loaded down with fuel and two fatties, it was a requisite to find some wind to create an updraft. After an hour of wandering around over Wilson WY, then Teton Pass, over on the west side of the Teton Range, up over some of the 11,000’ peaks, and then to the SW side of the Tetons, I finally found some lift. That takes the cake on the most mysterious flight, where winds just would not reveal themselves.

Don’t mistake that notion that winds didn’t exist. There were plenty, and I kept finding them the surprising way, getting bounced around here and there. I found some vertical ridgelines and traversed back and forth, sitting on the edge of where the winds transition from up to down. Eventually I heard “I am having waves of anxiety over what we’re doing here.” My reply was educational, as requested, and unsympathetic: “Well, this is how it is done, and you wanted to know.”

Given that this friend of mine is a physician, we tried something new. We took up pulse oximeters to see what my oxygen saturation levels are. At 5,633’ (and at sea level), mine is 98%. At 13,000’, it was 94%. My compatriot had levels of 85% to 90%. So there you have it. That is why I love flying up in glaciated heavens, because I am somewhat immune to hypoxia. I simply do not feel the typical effects, as my oxygen levels are staying high. There is the stupidity of the law, which puts a cap on my fun having, which I think is obtuse, but I digress.

We went back and forth on the west side of the Tetons getting (and sometimes losing) altitude, each time me getting photographs. I decided to share them in more abundance, as this will be the last time I will fly by the Tetons for a long time. I’ll explain more in the next post. 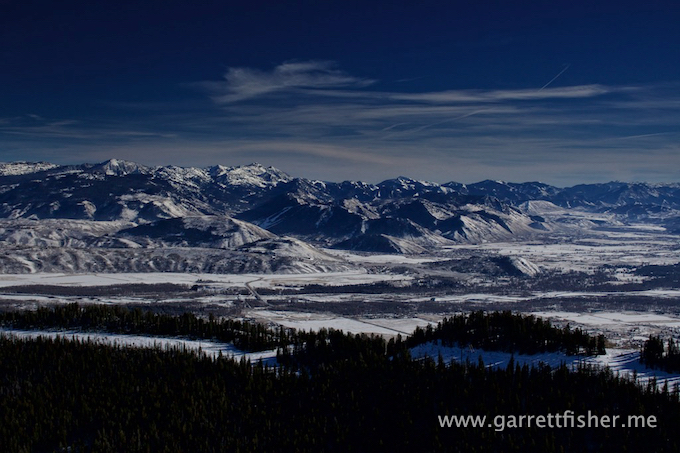 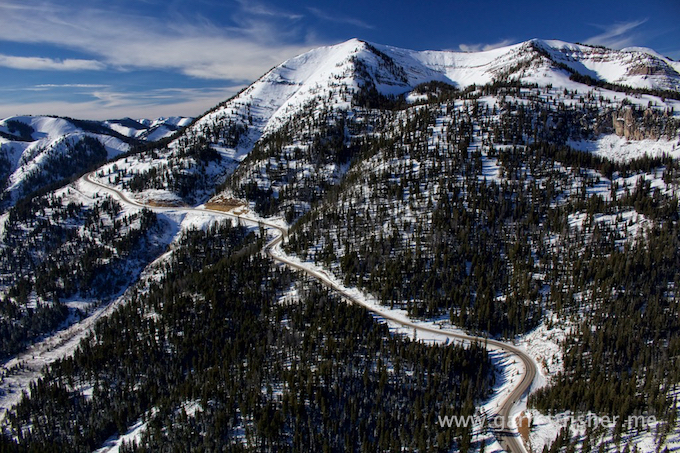 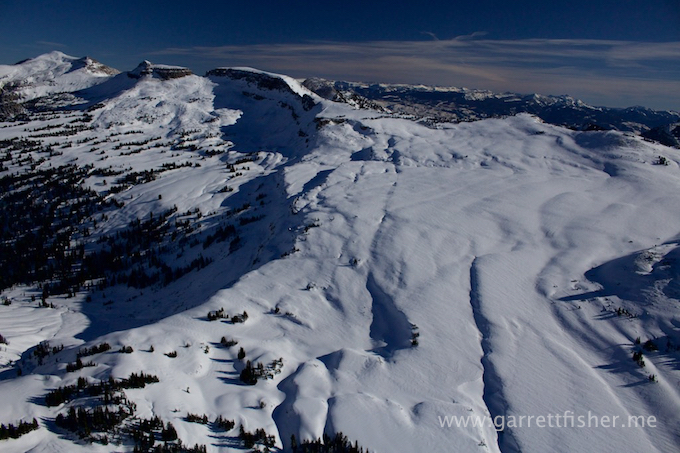 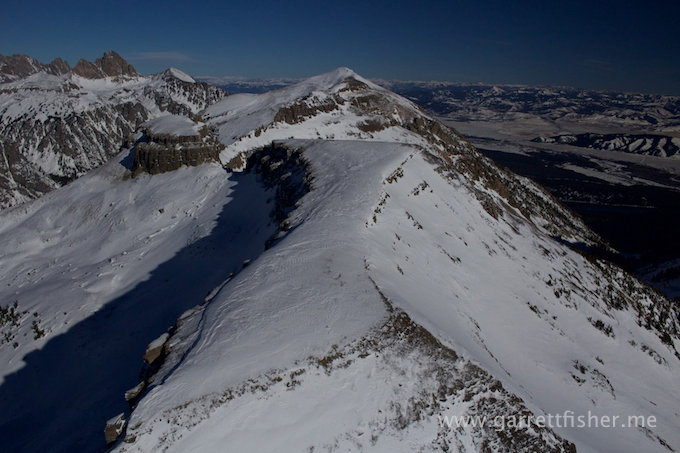 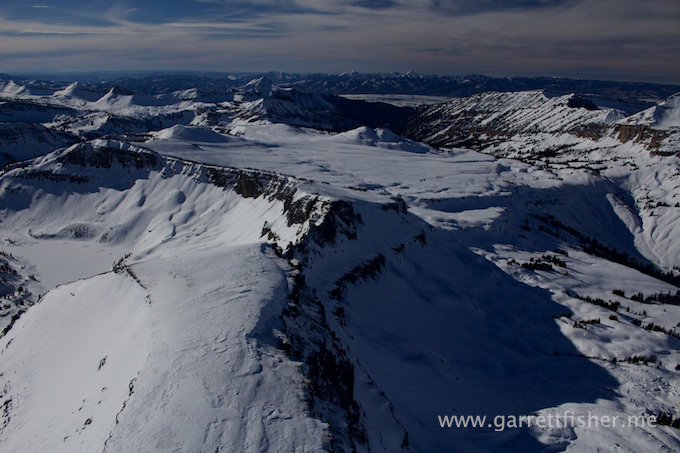 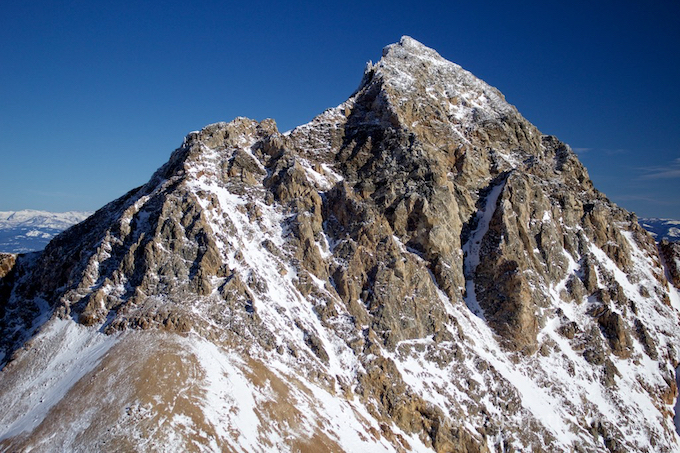 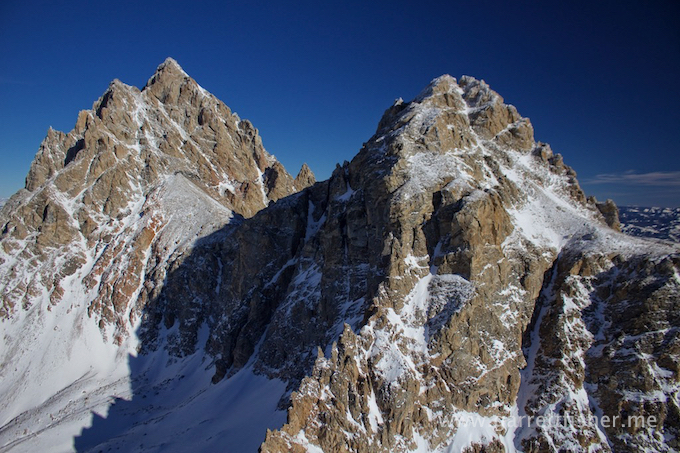 Grand Teton – I cannot get enough of this mountain. 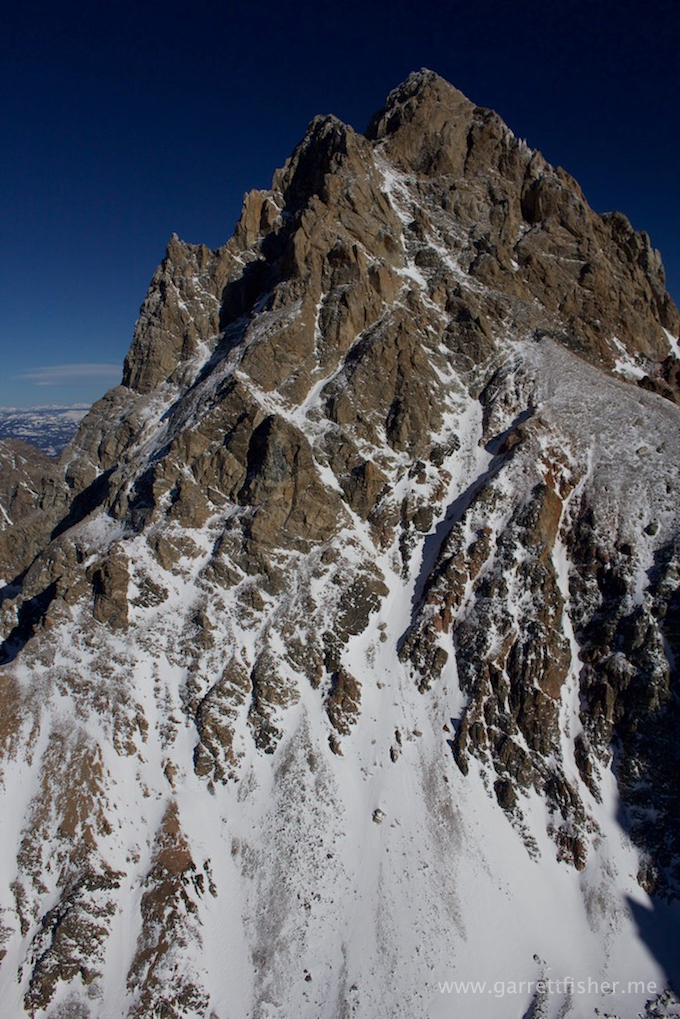 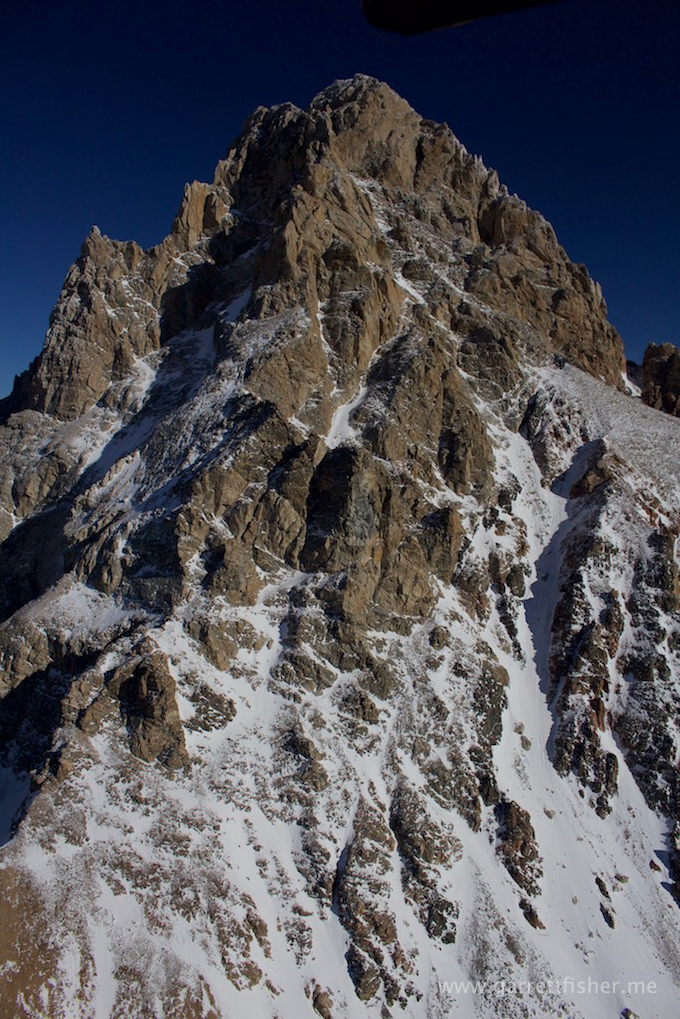 Improbable downdraft. Retreat back to the last known updraft…. 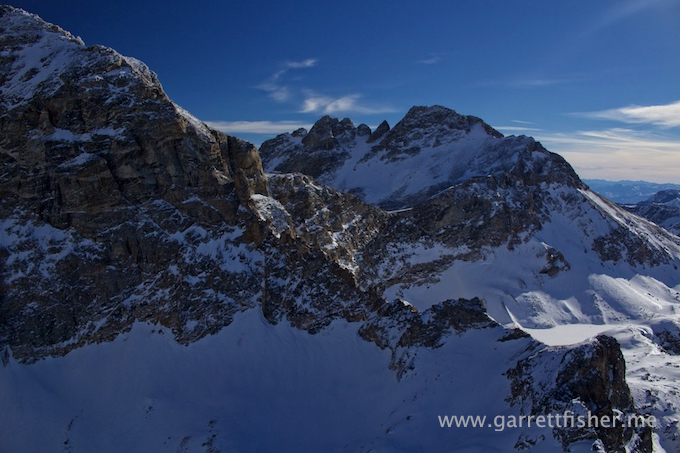 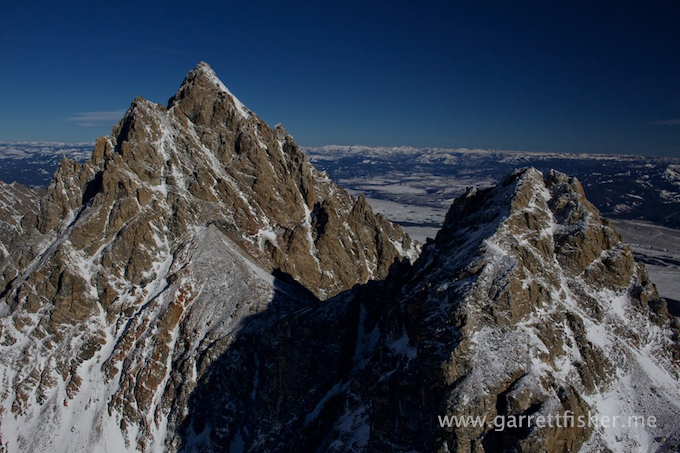 Dwarfed by Grand Teton, as usual. 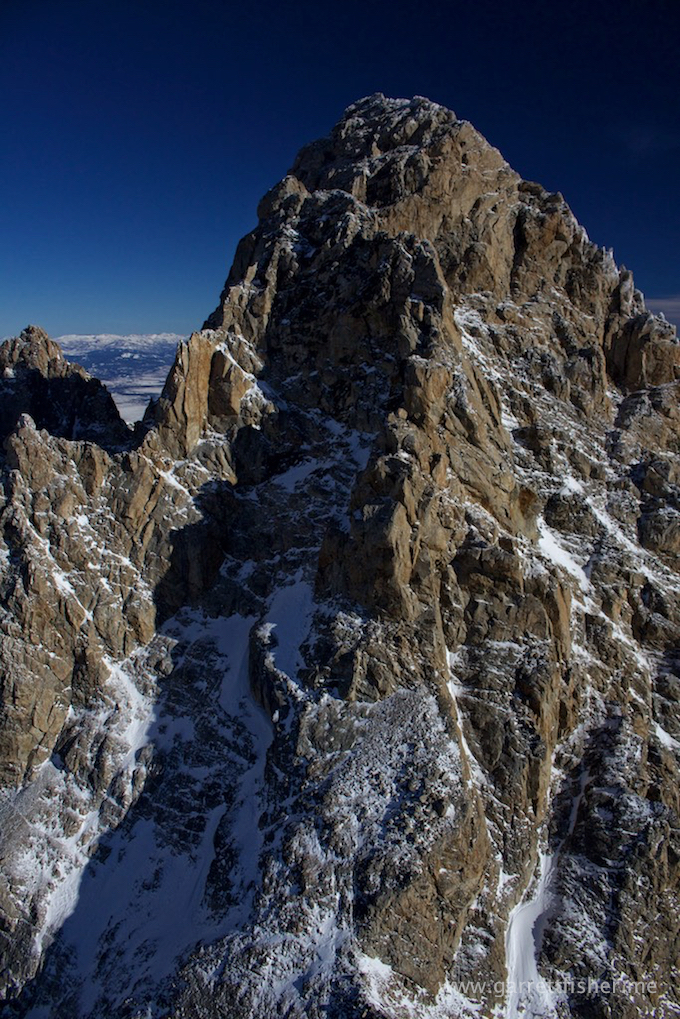 I think this is South Teton. 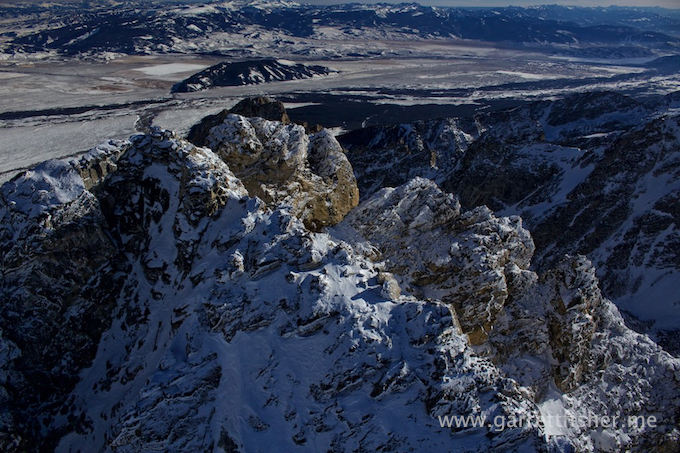 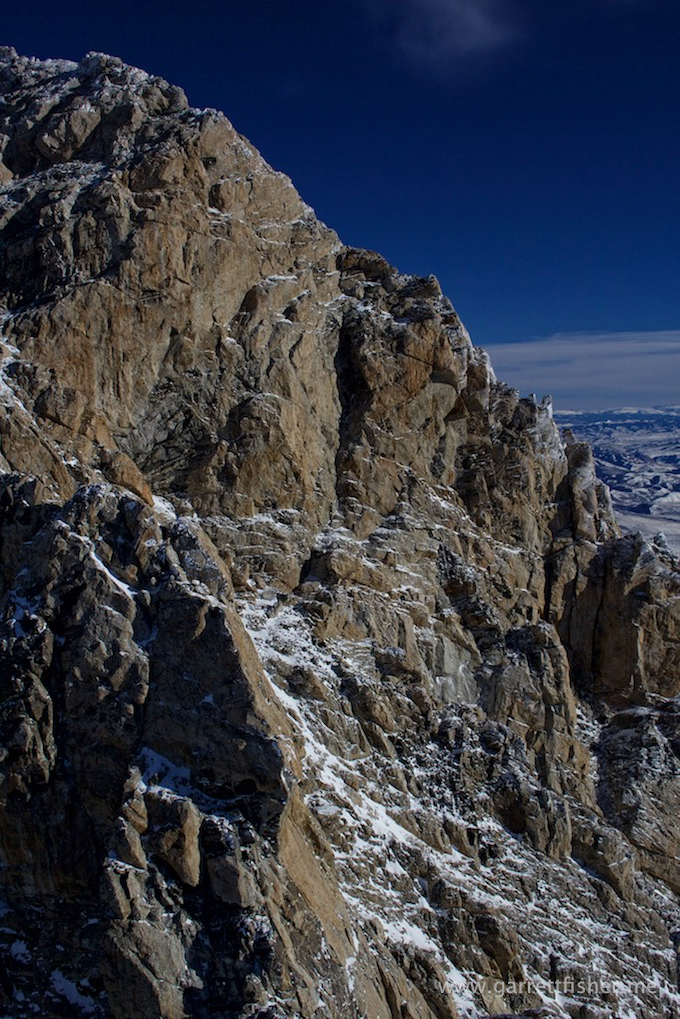 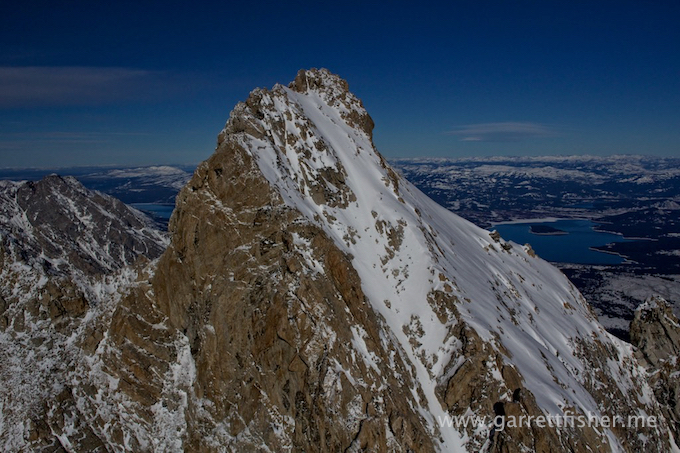 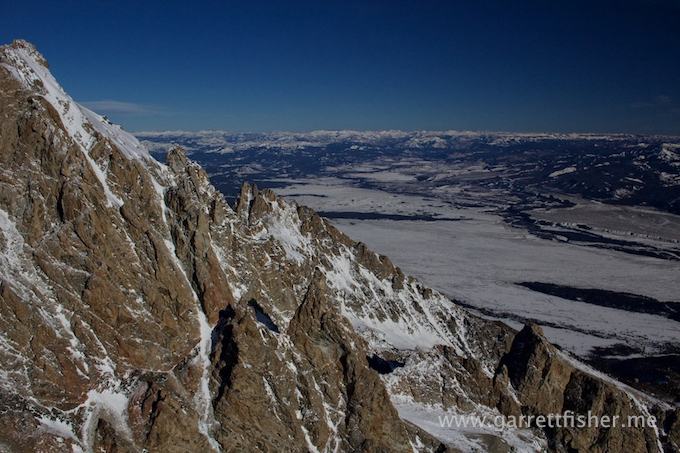 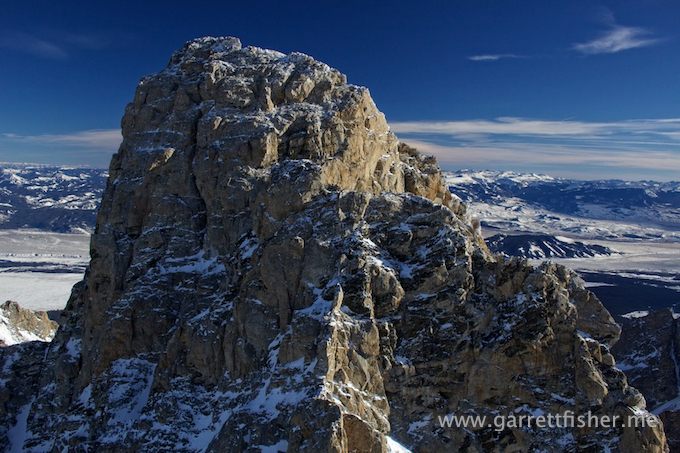 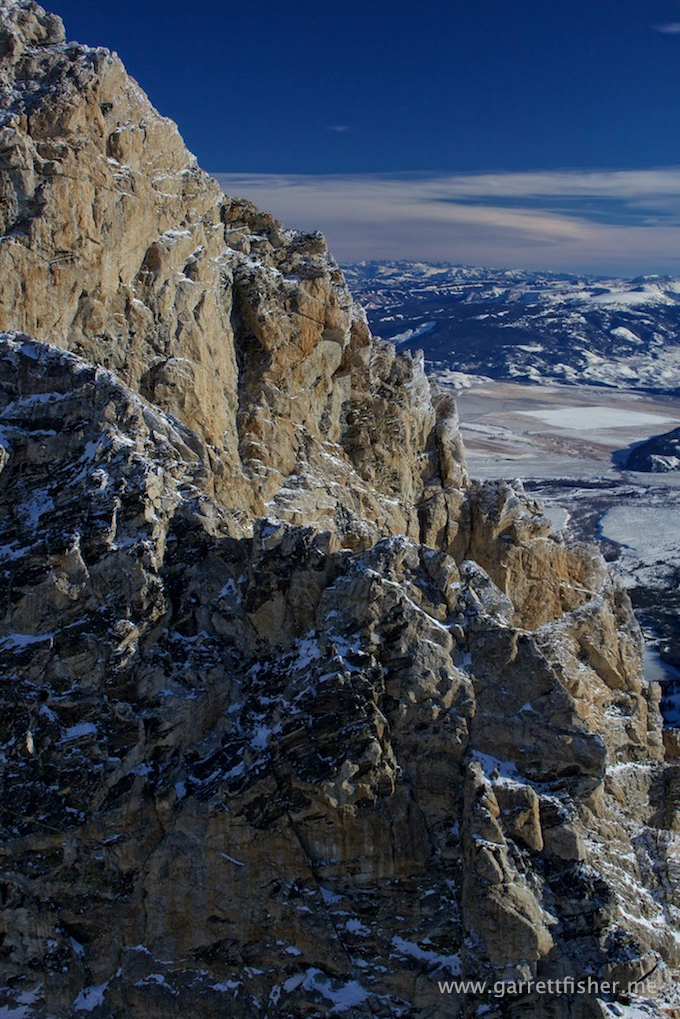 Phelps Lake. My wife and I hiked to it this last summer and she thought it was not worth the effort. 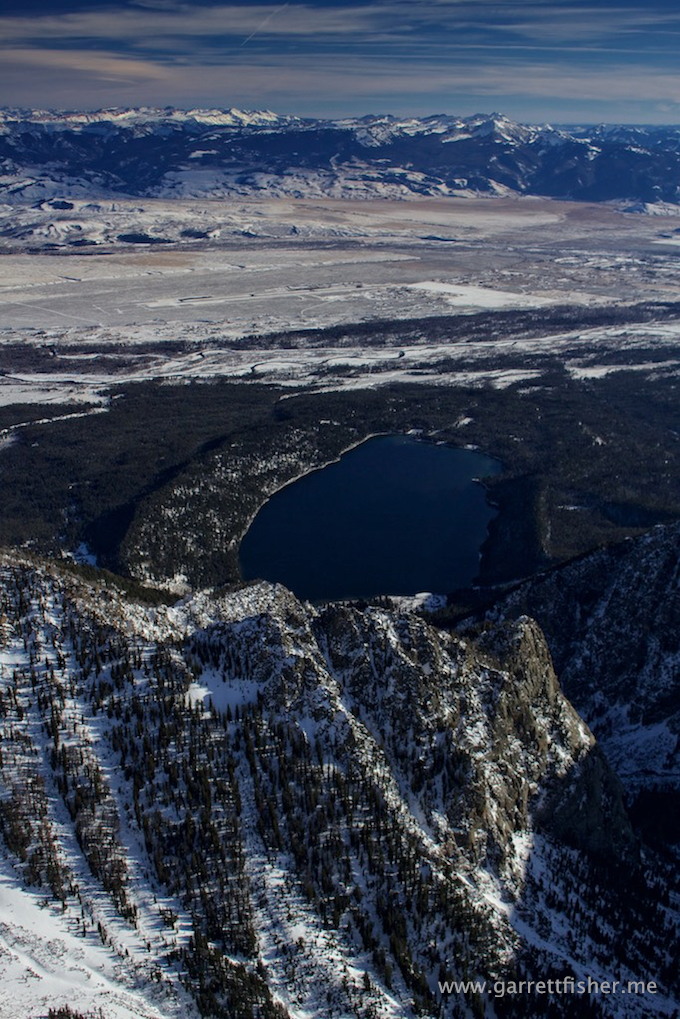 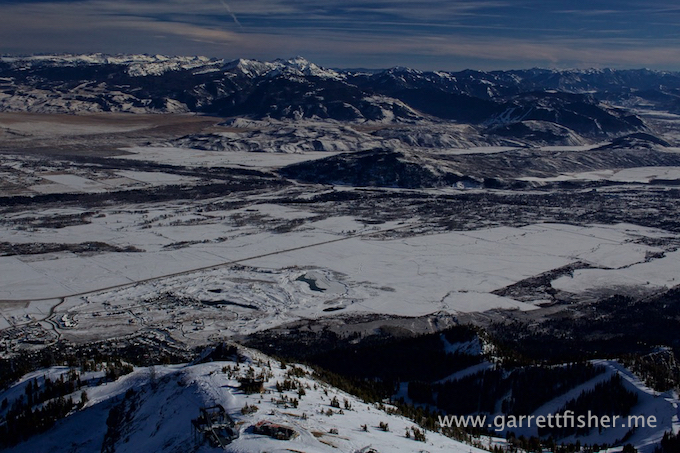 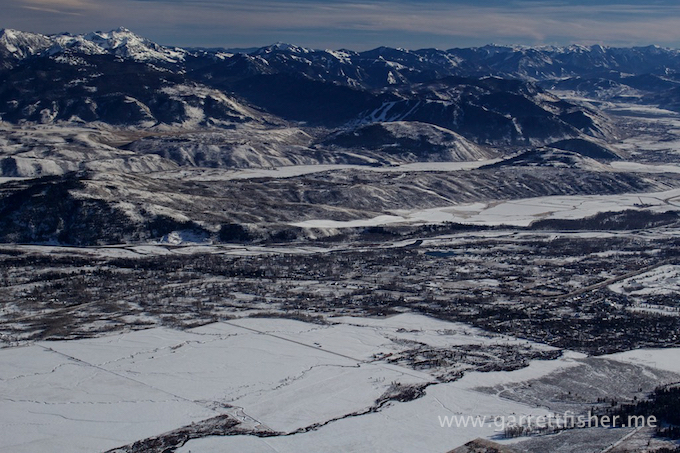 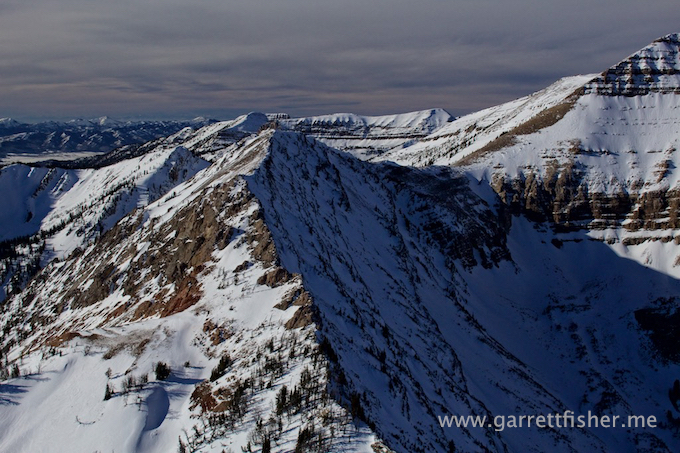 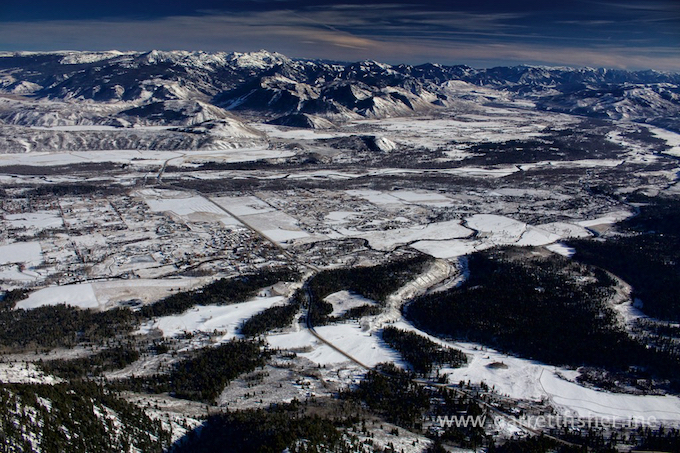