After wandering over the Teton Range wildernessy areas with the second German, it came to my attention that the above timberline sections were primed for the glacier project. One of the books I am working on is the Glaciers of Wyoming, from an airplane, and those are best seen when the annual snowfall melts. The time finally arrived and I decided to get off my rear end and start getting it done.

The first day of the attack was the Teton Range. I decided to go for a few things. First, it’s a not a documentary book, it’s a work of art. Lamely photographing the glaciers like they are museum or library exhibits is not compelling. It needs to jump out from the page when people look at it, and the way to do that is to bring the terrain in with the glacier. Second, I have a book in progress on Grand Teton National Park. One would think the back of the Tetons, in green summery color, would be an important part of the whole equation, as opposed to an overly cliched view of the front that everyone sees. The third factor is simply that I don’t always know what to look for. The Tetons are both too majestic and too multi-dimensional to do a quick pass (a Colorado 14er qualifies for the quick pass because its often a simple hill). The Tetons need constant flying back and forth to get it right.

While I thought it would be a glorious blue sky day, I was wrong. There were puffy clouds all around messing things up, or so I thought. By the time I was done, I realized they were perfect, adding texture and intrigue to the whole thing.

The winds were nearly perfectly calm, so I was able to do things I usually cannot, like get up close and personal to lots of stuff. It was a top notch flight experience, a lot of work flying so close to spires of rock, though worth every minute of it. I chose to show some of the closer zooms in this blog post, as a lot of the content from the flight will be heavily featured in the books, and the zooms usually get overlooked. 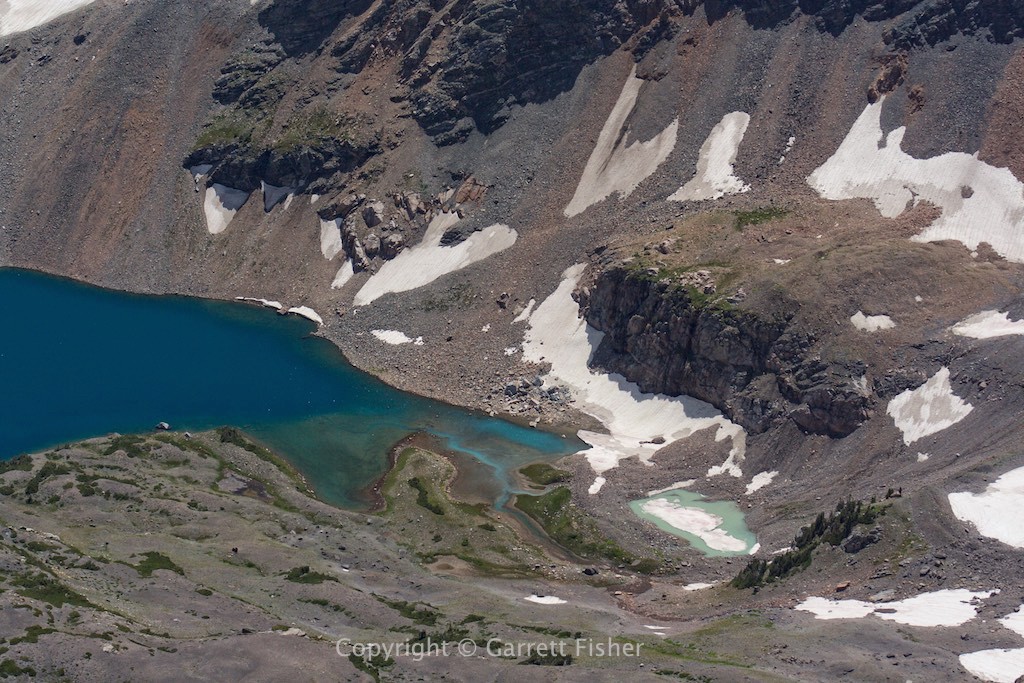 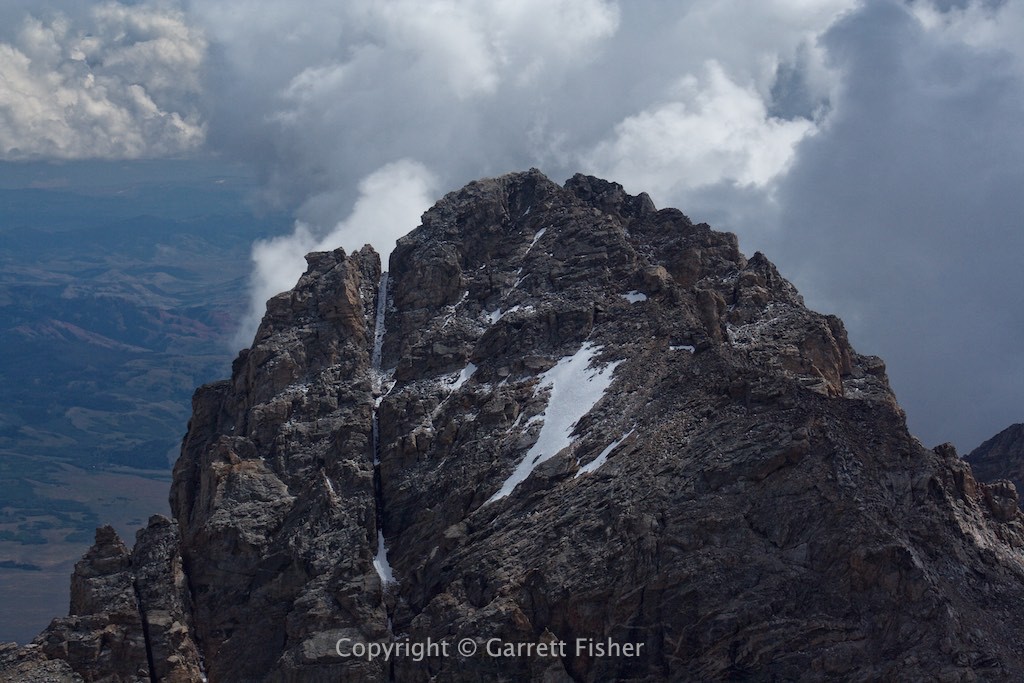 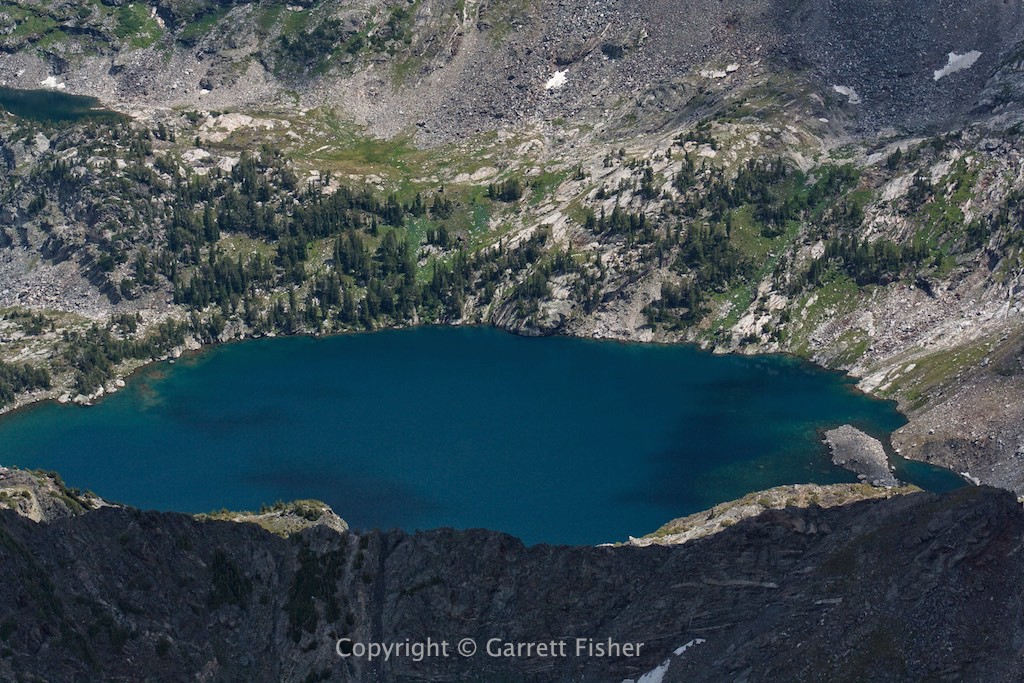 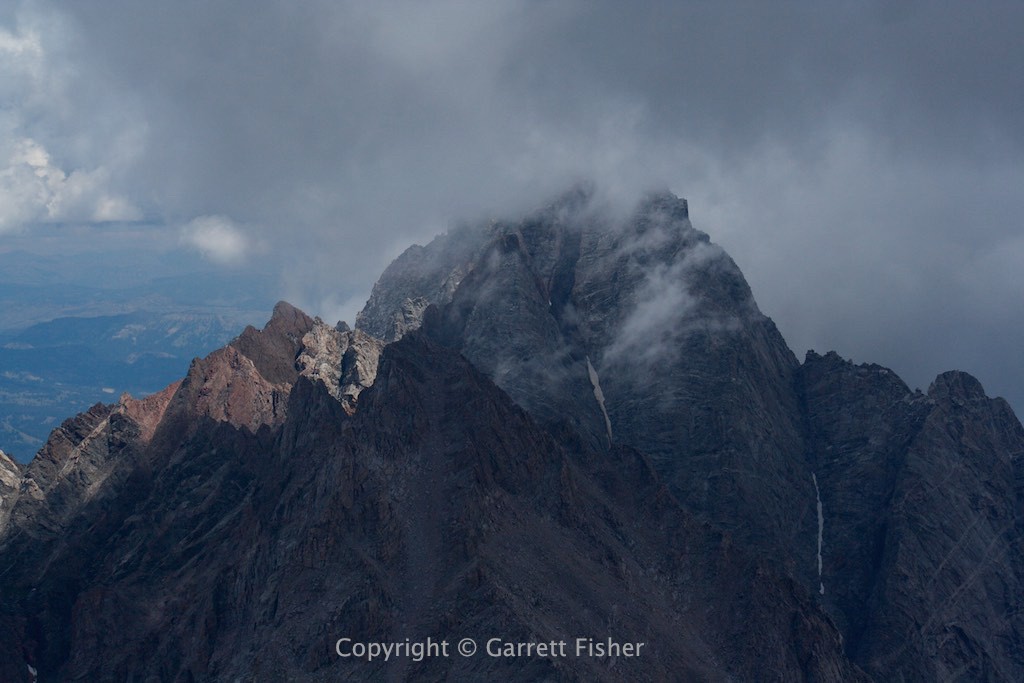 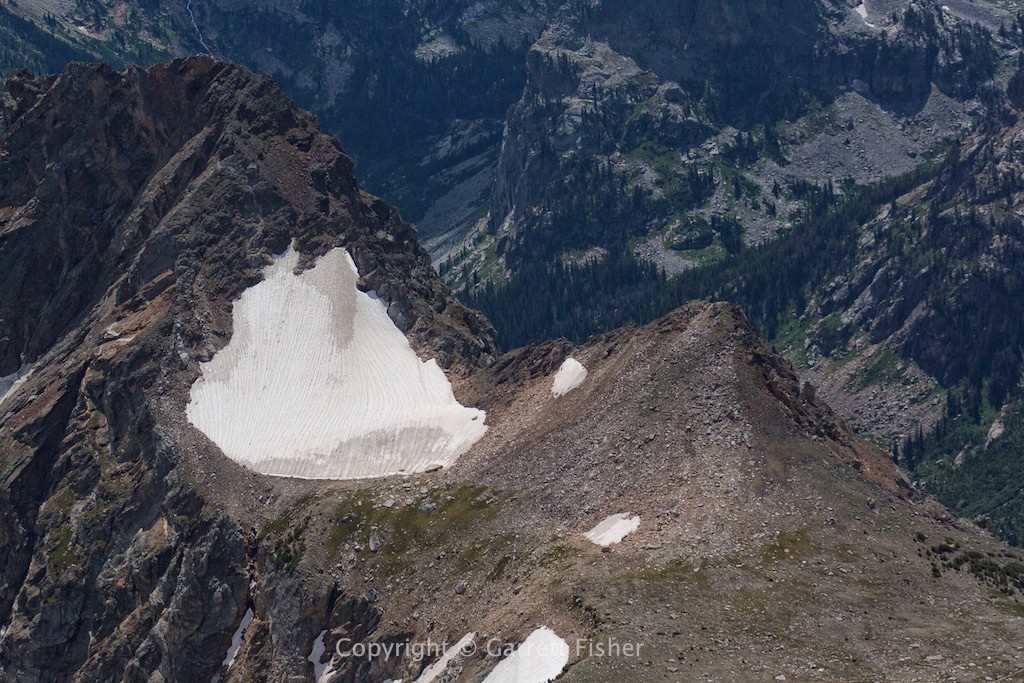 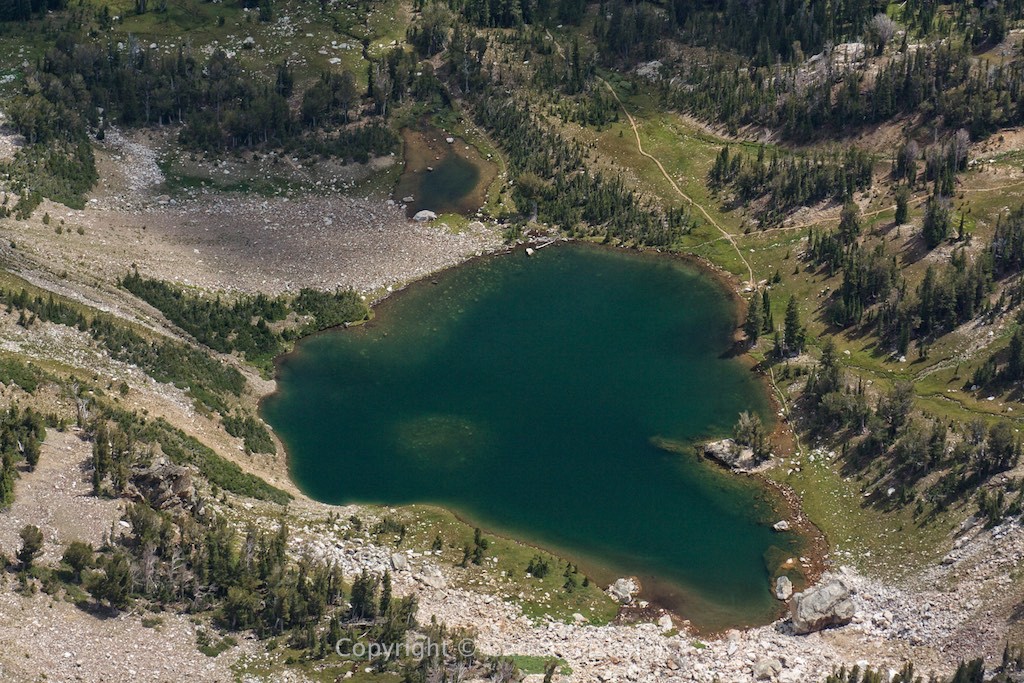 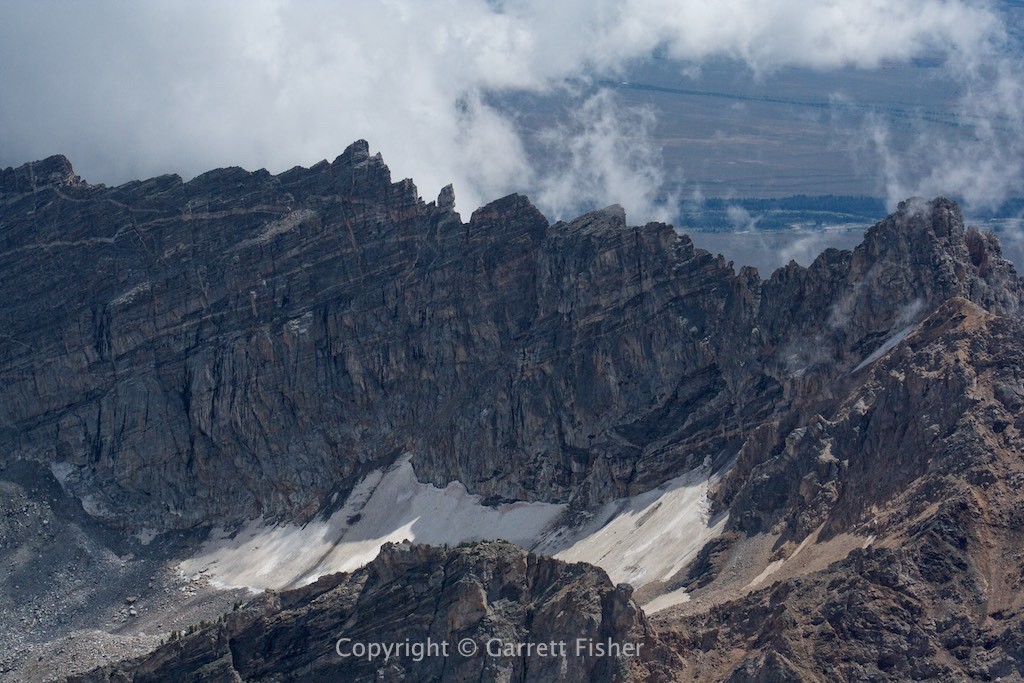 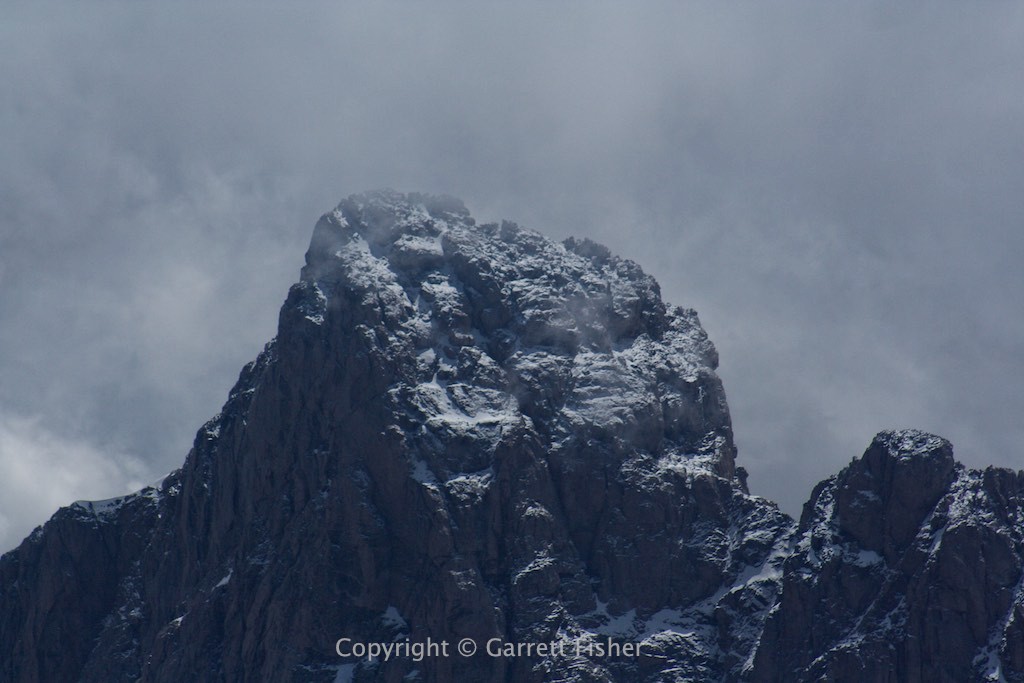 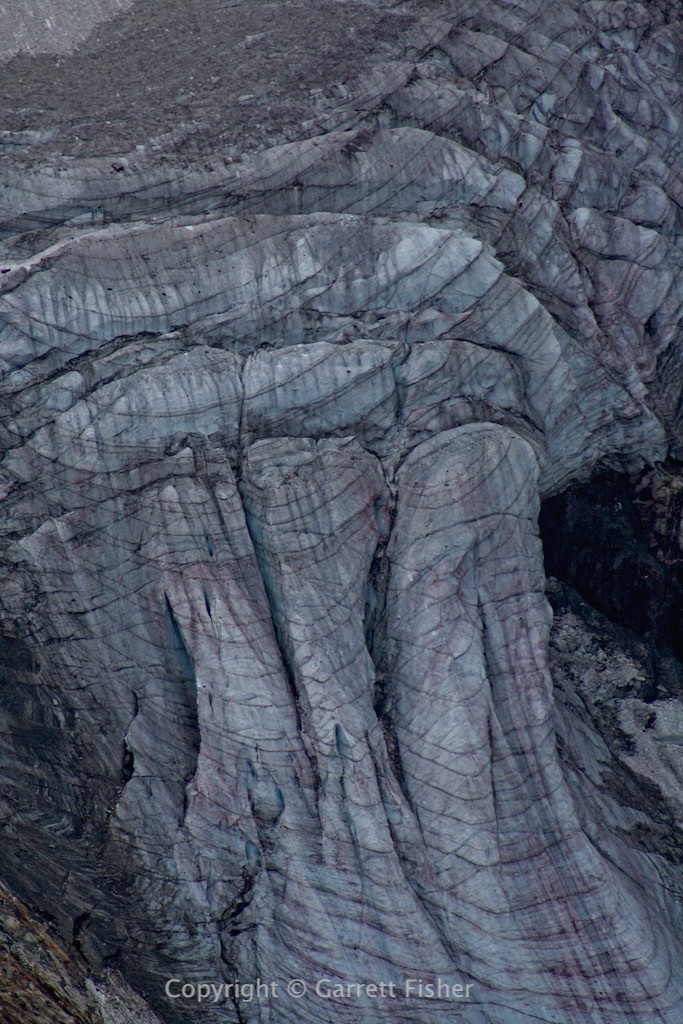 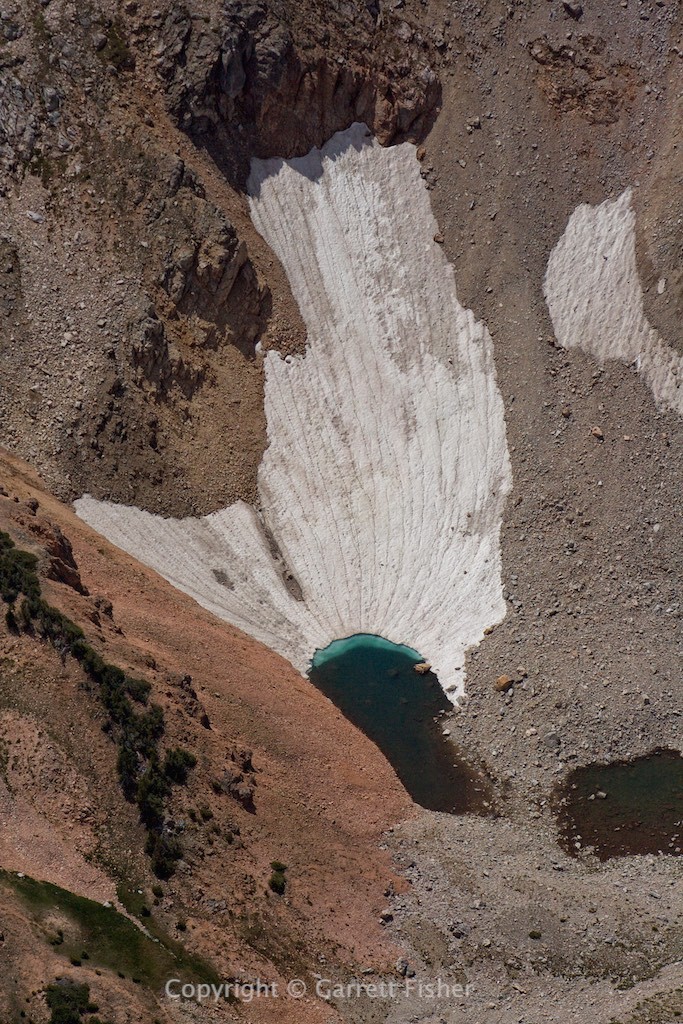 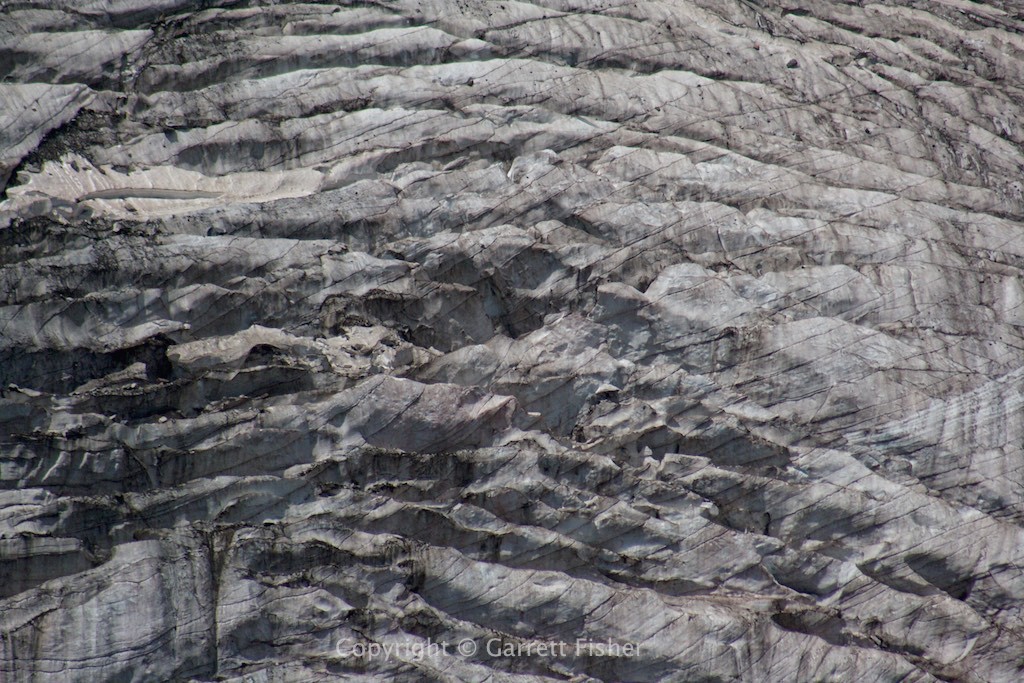 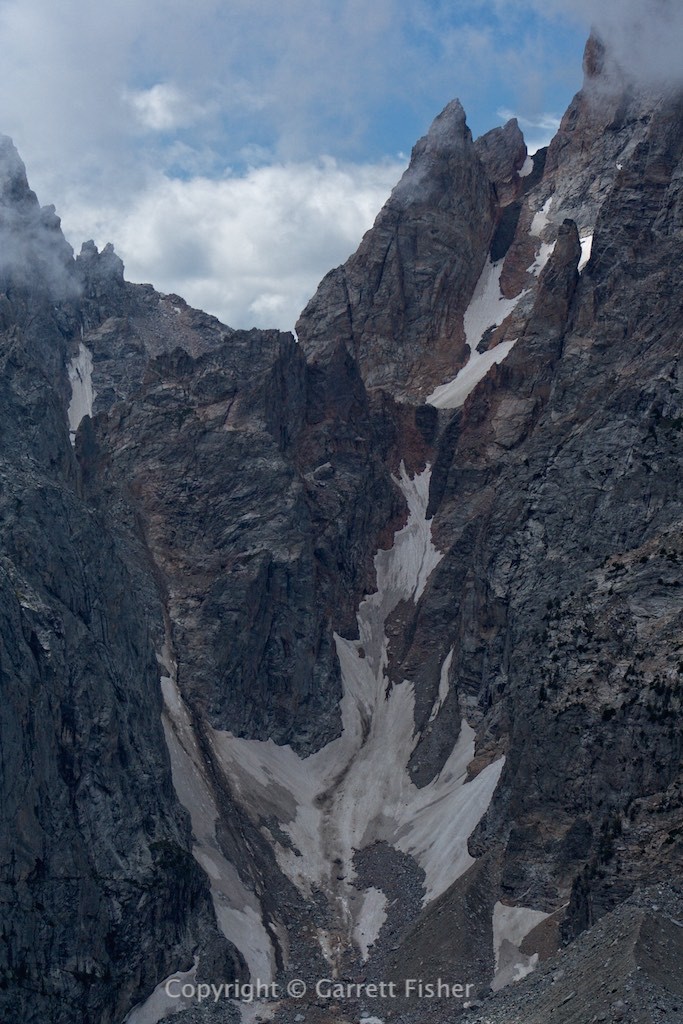 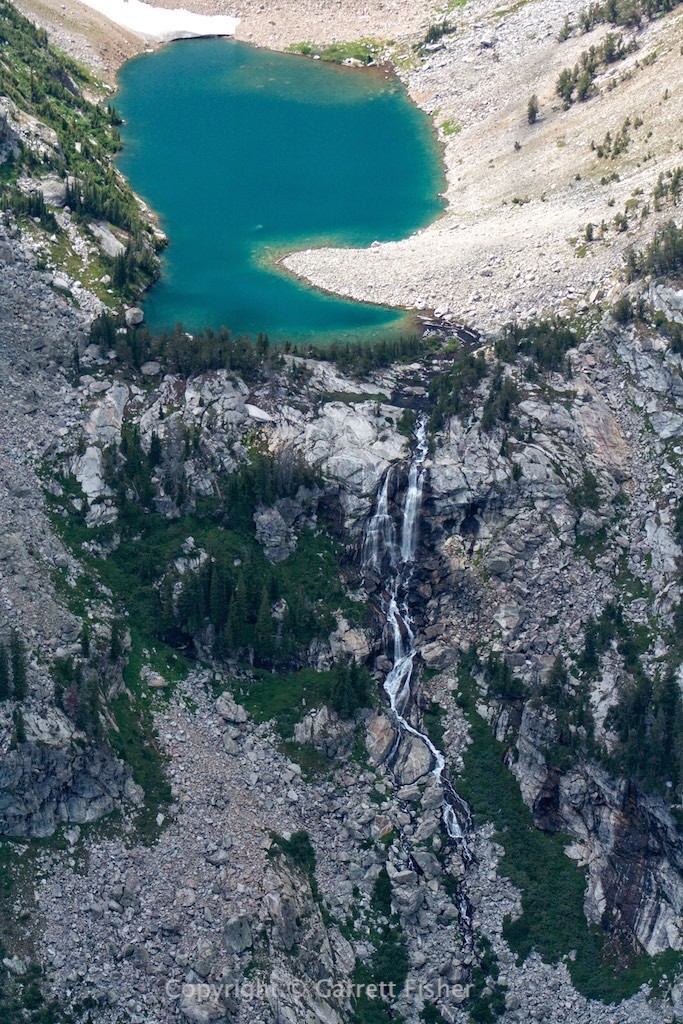 East side of Grand Teton (peak hiding in the clouds)