It has been two months since moving here, and I finally bothered to go to Yellowstone in the airplane. I realized the situation: fear. I flew through Yellowstone on a crappy photography day in July 2014, and I was shocked to find that the place may as well be an airplane graveyard. Emergency landing locations in some sections of the park are entirely non-existent (how does a nice pine tree sound for a landing spot?), the park is at very high altitude (flight level is 9,500’ to 10,000’ to be not far above the ground), wind seems to be howling nonstop, and the nearest airports are very far. It is a test of will, flight planning, and skill.

So I finally went. It takes an hour to get to the beginning of the park, passing by the Teton Range and Grand Teton National Park. You’ll just have to put up with some crappy, repetitive photos of the Tetons as you humor me on the way to Yellowstone.

The first surprise I had, and that most have, is that the bulk of the park is a plateau. Derived of a giant civilization-destroying super volcano caldera, the park is high up, though only mountainous around 3 sides of it. Inside the rim of mountains is a huge lake, more pine trees than one can fathom, pits of fire and brimstone, holes that belch sulfur (that I could smell from the airplane), tons of waterfalls, and many, many canyons. The thing about Yellowstone is that it is quite simply diverse. One cannot stereotype it; it just is a ton of different things. I did not hit Grand Prismatic Spring, Old Faithful, the Absaroka Mountains, or a lot of other things. The whole affair took four hours battling getting the crap knocked out of me by wind, and that was enough for one day. Its not like I won’t go up there again.

I did get another new lens, this one going from 70 to 300mm, a super telephoto. As you can see, it is a must in this park, though the in flight lens swap is a new routine that I’ll have to get used to.

Fuel was West Yellowstone (arriving just before a passenger airliner), and the flight home was over Targhee Pass at the Montana/Idaho border, down the northeastern corner of Idaho, the Teton Valley in Idaho, over the Snake River Range and up Palisade Reservoir. 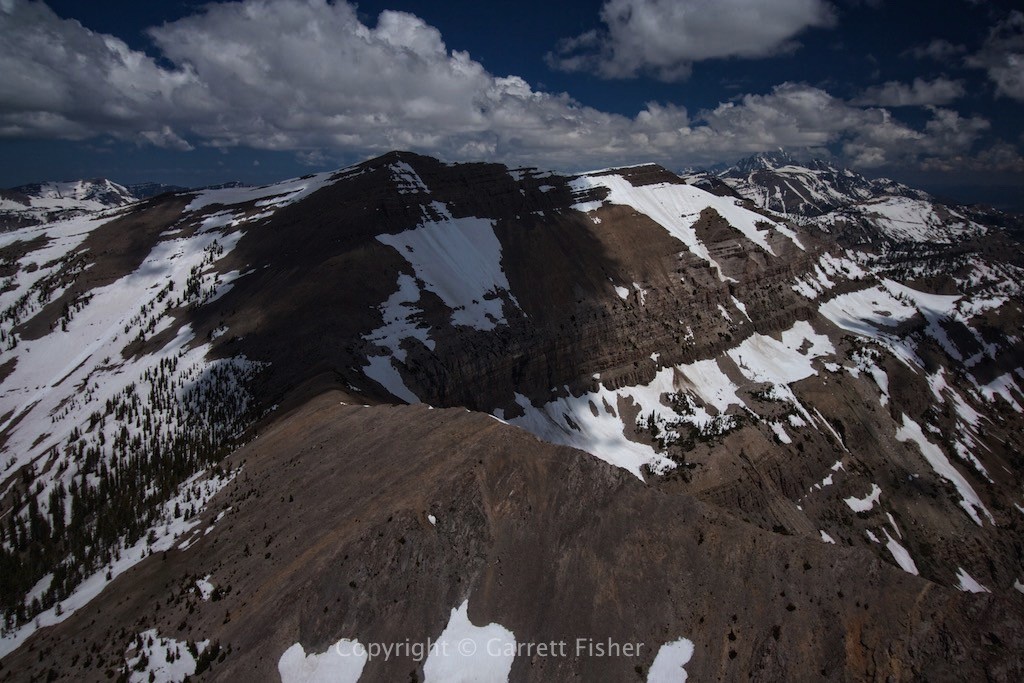 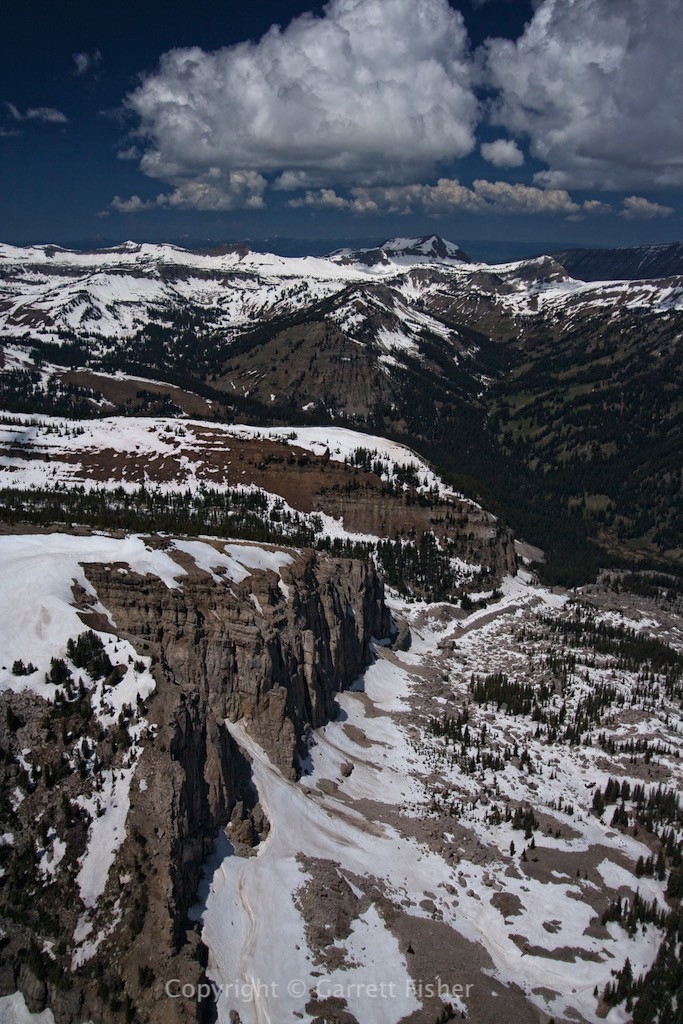 The other side of the Tetons….

Emergency landing options were a 180 degree turn and a glide down a canyon to the valley….

Other side of Tetons, with Jackson Lake visible 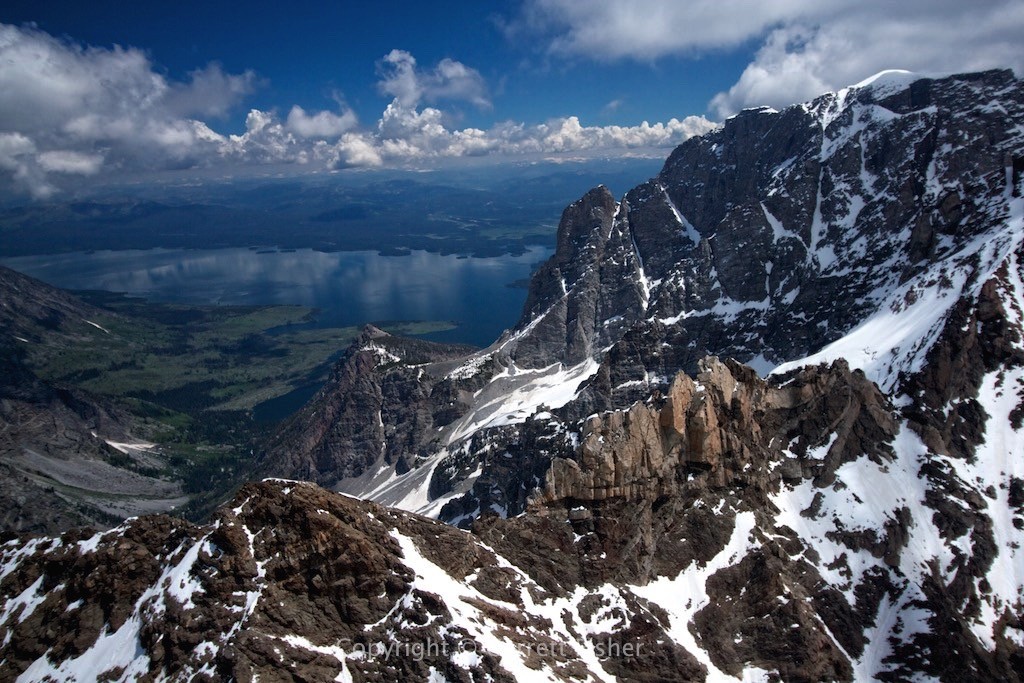 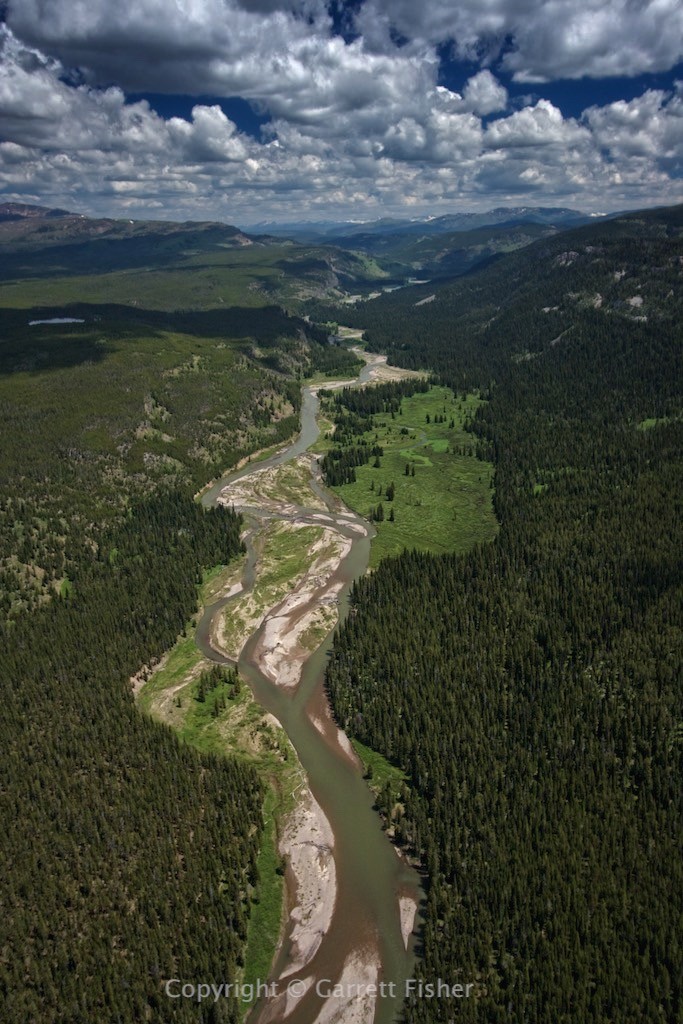 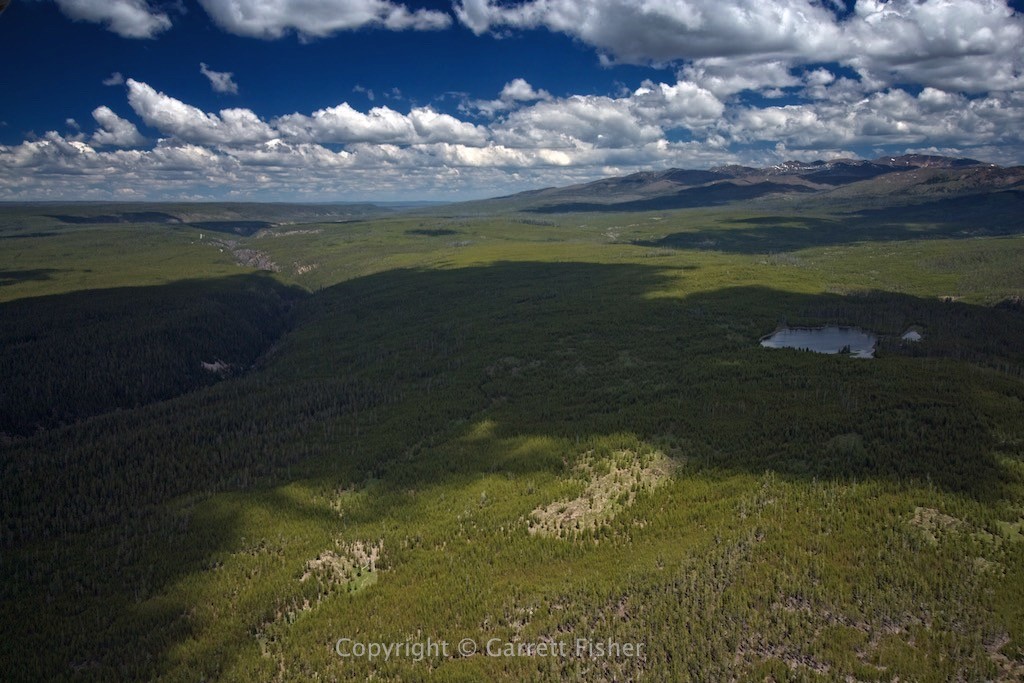 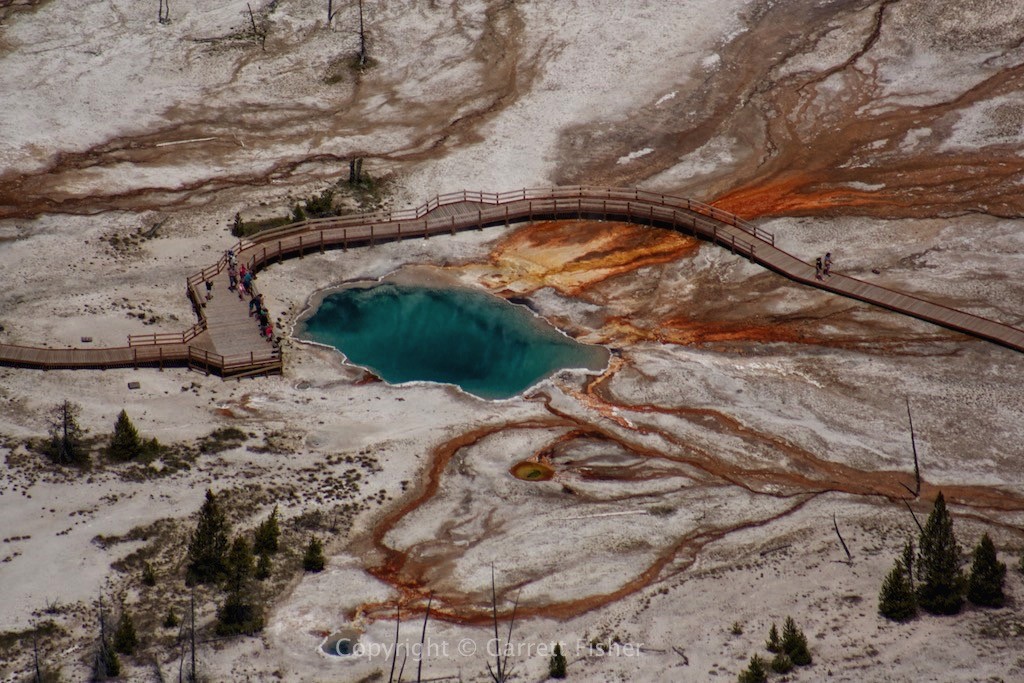 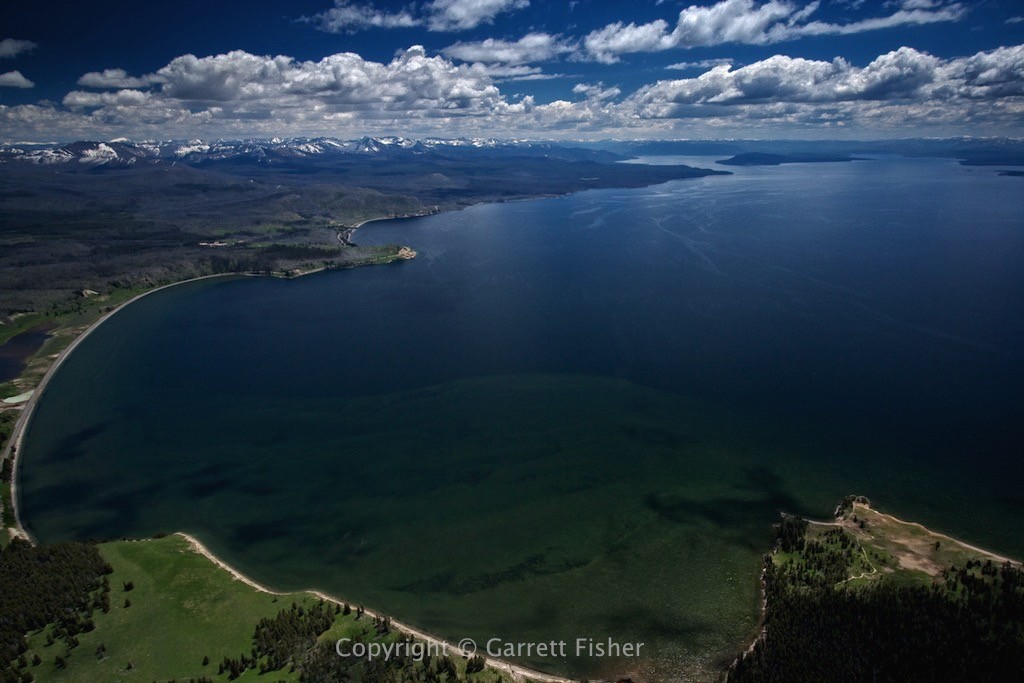 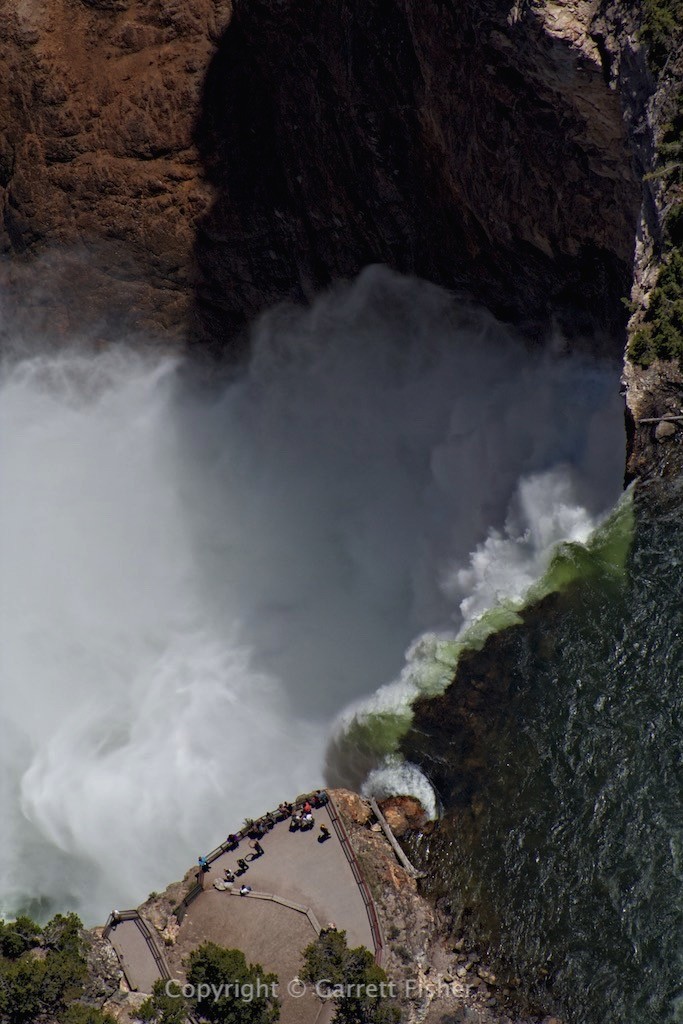 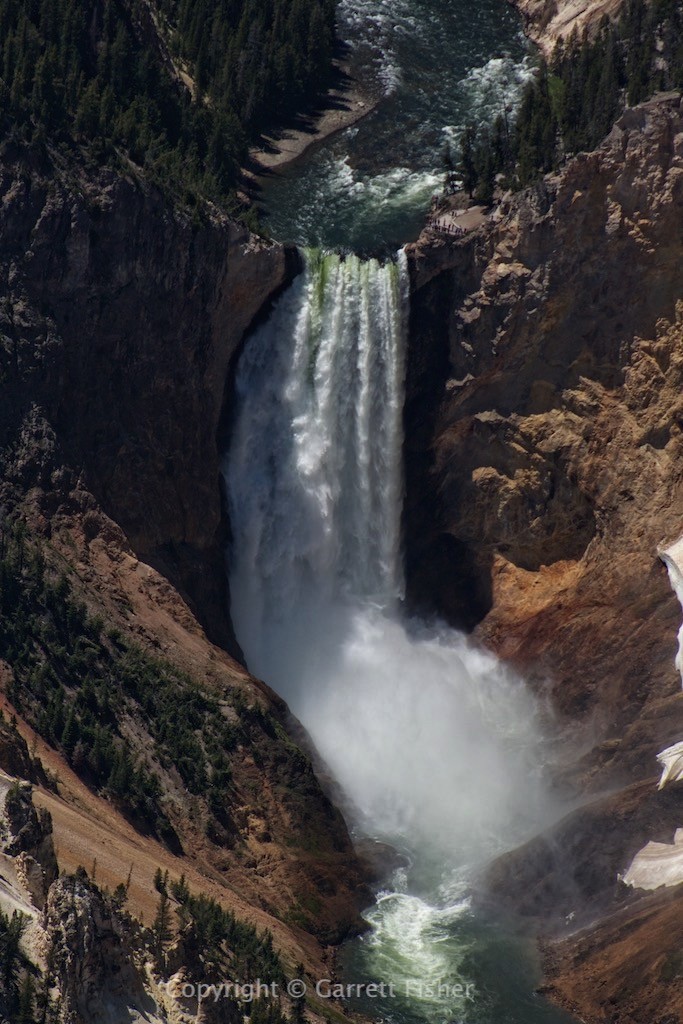 Another hot spring (that it appears nobody hikes to) 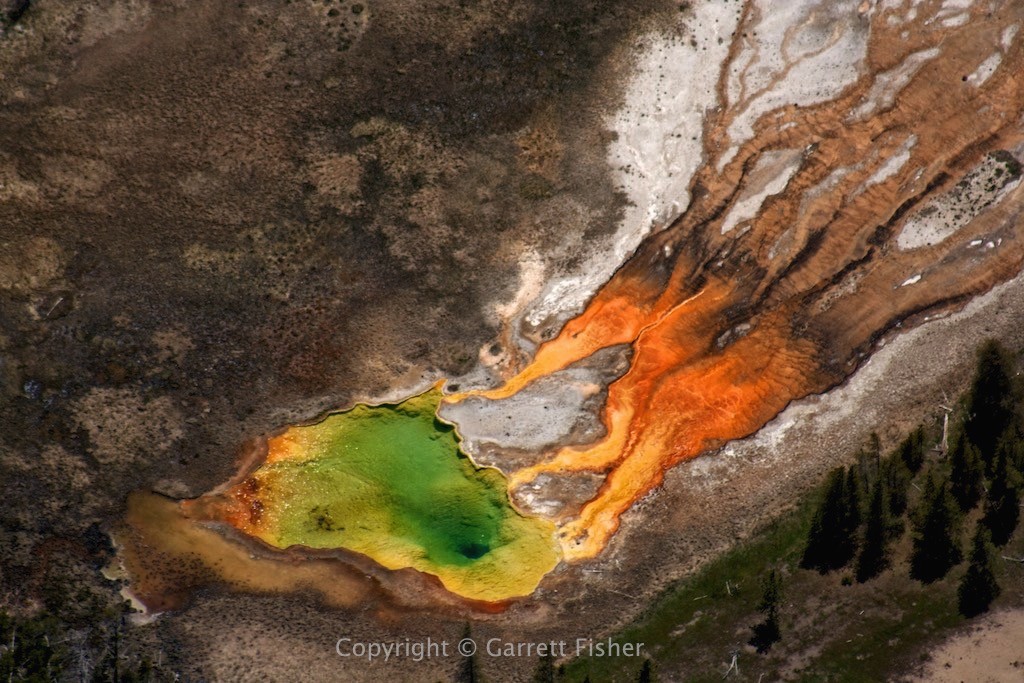 Belching pit of sulphur and brimstone (note to self: poor emergency landing location) 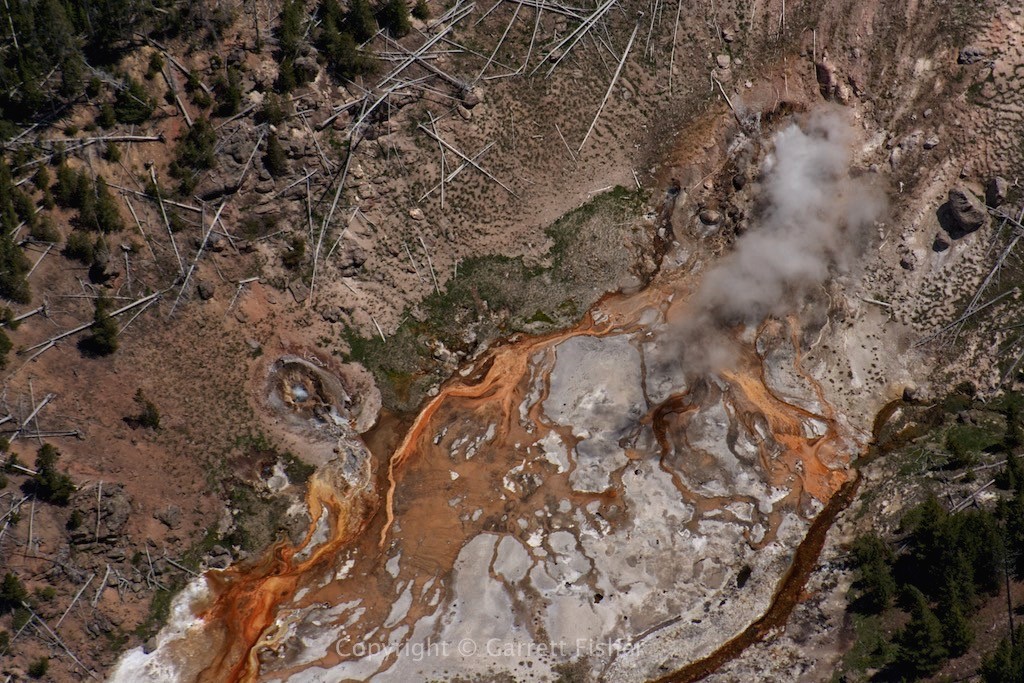 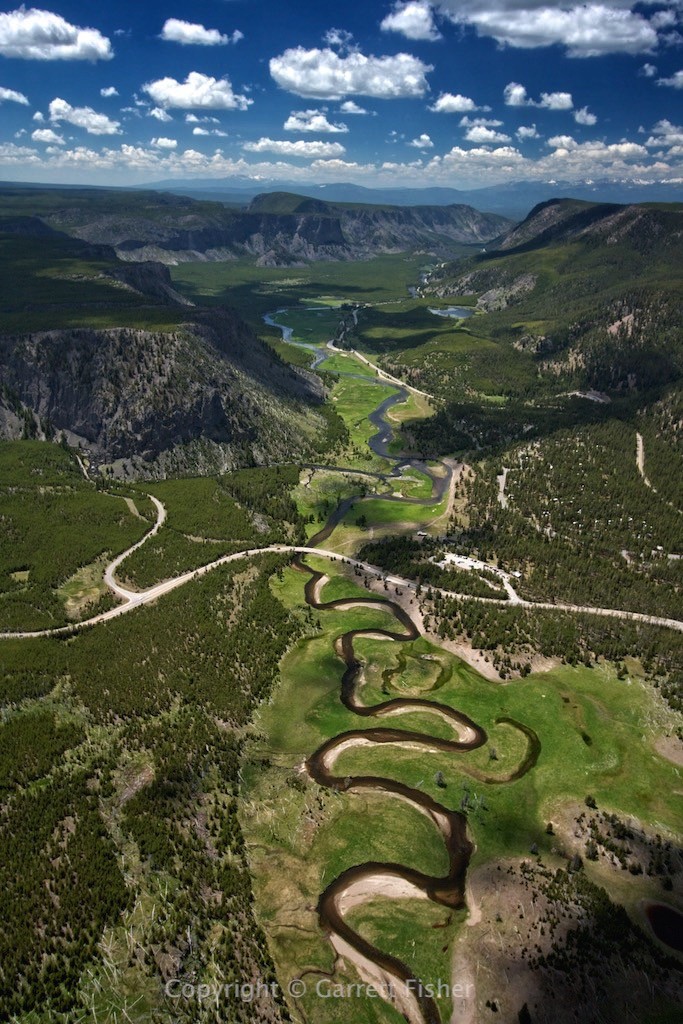 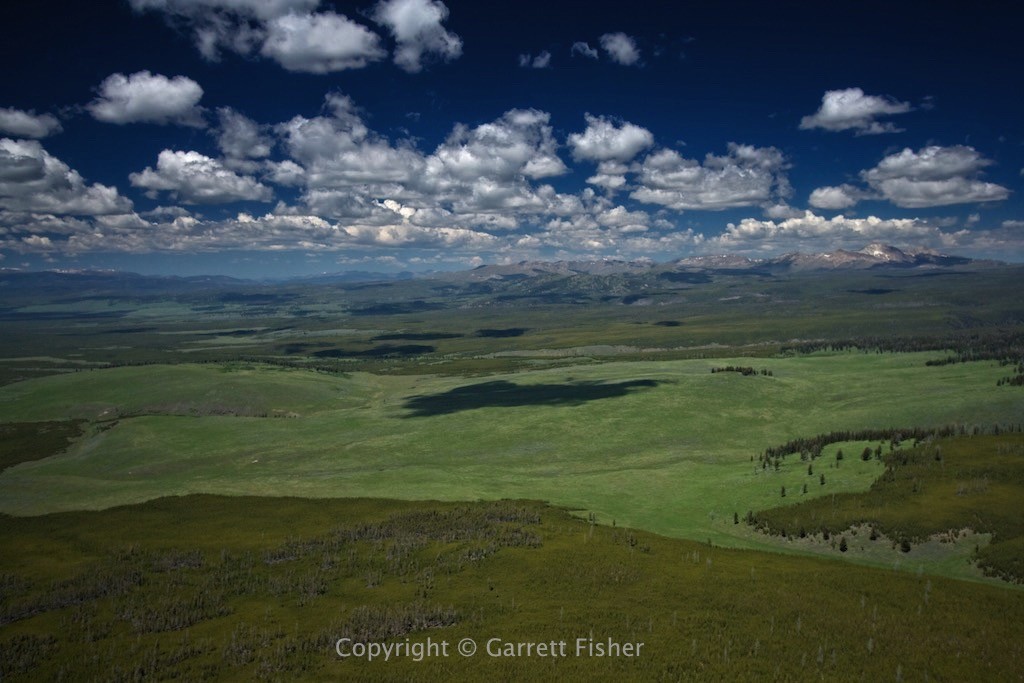 Targhee Pass, Montana (not in Yellowstone) 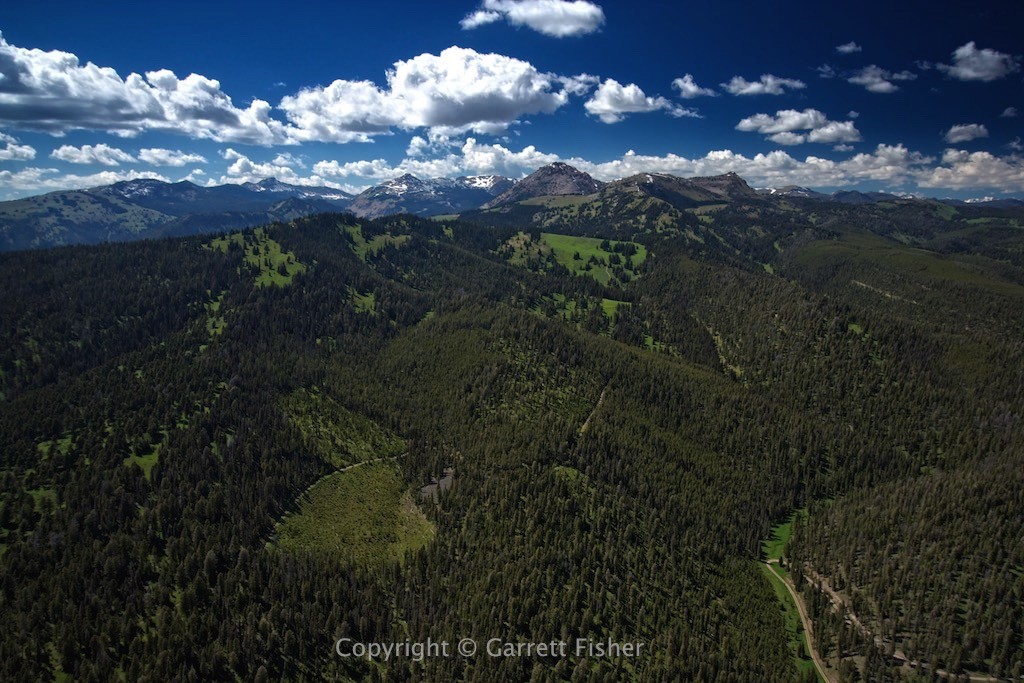