The onset of winter has been nothing short of a miserable pain in the rear. Snow levels have flirted with the mountaintops, down halfway to the valley, then back up again. We just get Seattle-style miserably cold rain with an incessantly penetrating dampness down at the house. It reminds me of New York and I do not like it at all. While I am bit backlogged and will be writing two more blog posts about autumn, I just couldn’t find the sensibility in sharing some blue sky, yellow aspen hunky-dory crap when I have been baptized into a meteorological crucible of misery.

There was a sizable storm with all sorts of energy that was supposed to give us some valley snow. It did not. What it did do was bring in a messy splash of clouds, rain, mountain snow, wind, and valley fog. I did what one naturally would expect of any sane, reasoning pilot: I went flying in it.

I encountered the same phenomenon I found in September: clouds banked up against the western foothills of the Salt River Range. That meant I could skim the tops in Class G airspace (read: it was actually legal), with safe exit options to the west.

I then cruised up the ridgeline, to capture the snow and the fog/clouds sitting in between the Salt River Range and the Wyoming Range. I was surprised to find winds approaching 30 knots at altitude, though turbulence and other factors were not a problem on the windward side. Then it was a rapid descent down to Alpine (with lots of carburetor ice at the boundary layer), while we waited out another full day of crap weather, accomplishing little more than growing a day older.

I already explained what this all is in the post. 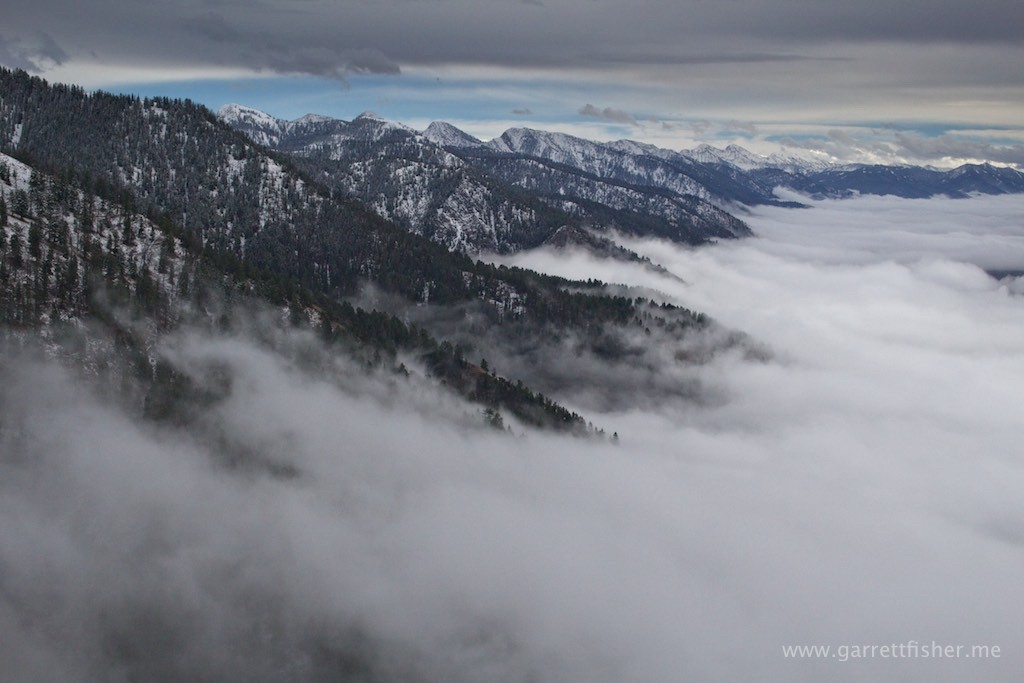 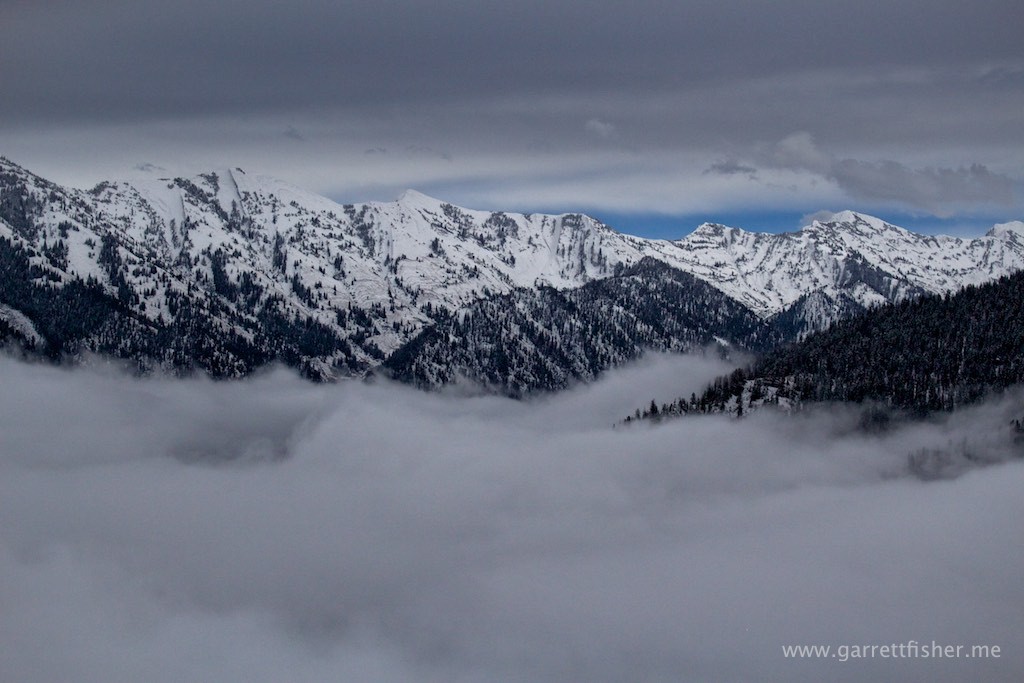 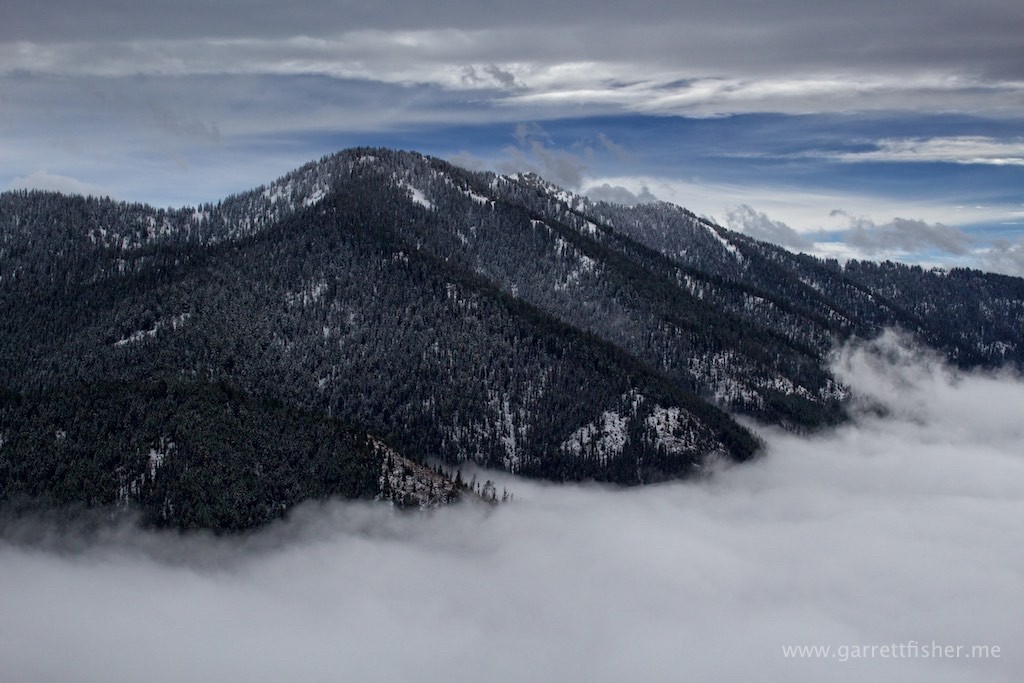 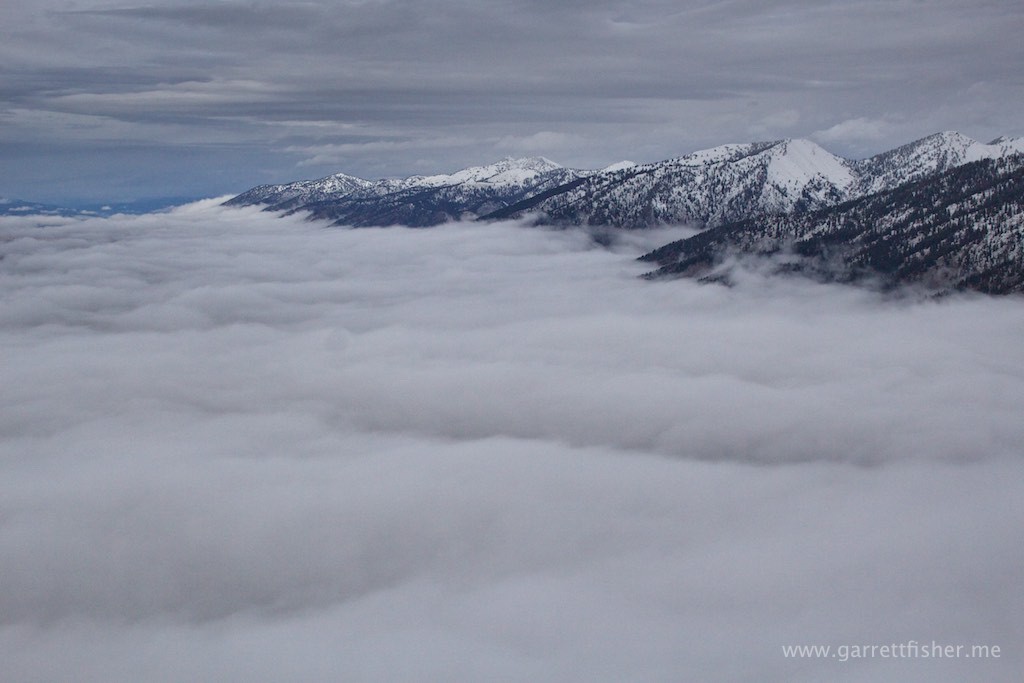 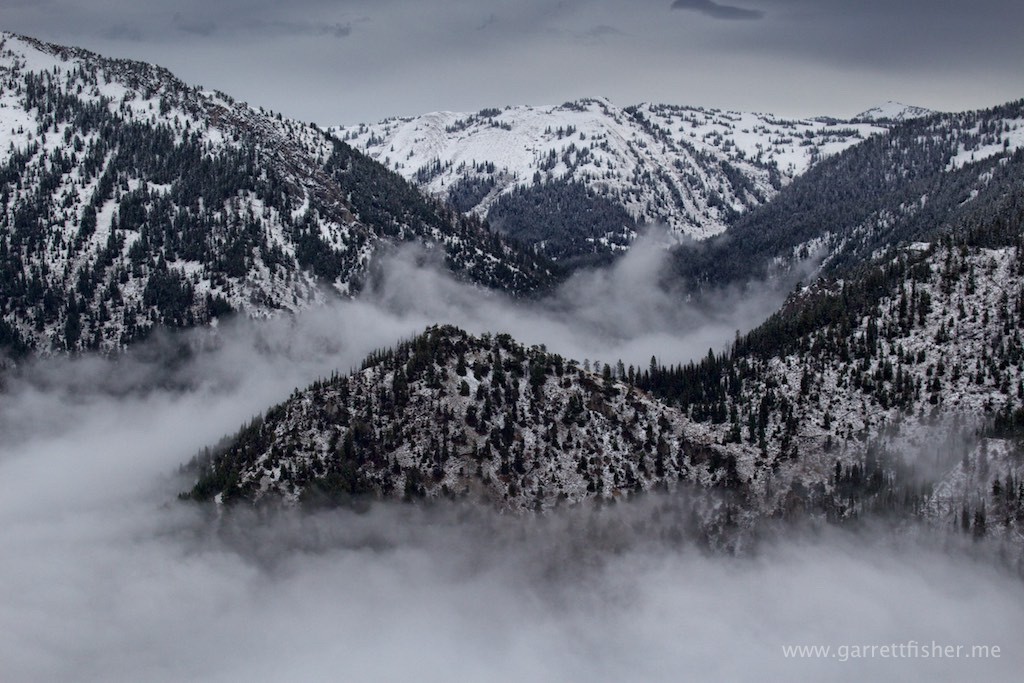 This is the same thing as the preceding images, except 4,000′ higher up. It almost disgusts me that beauty could come from such foul weather. 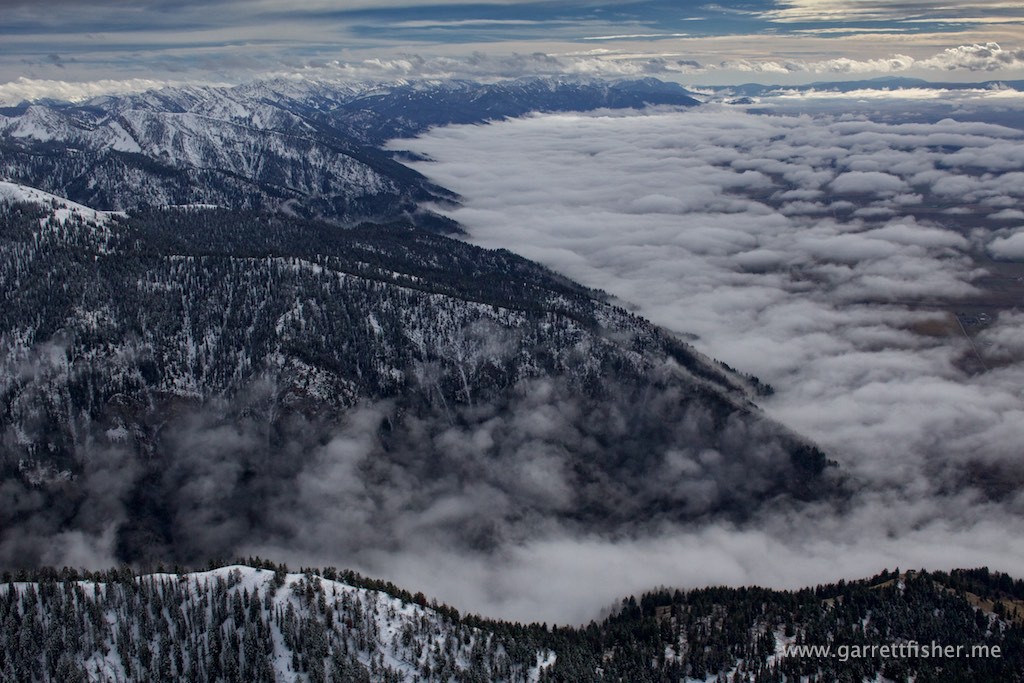 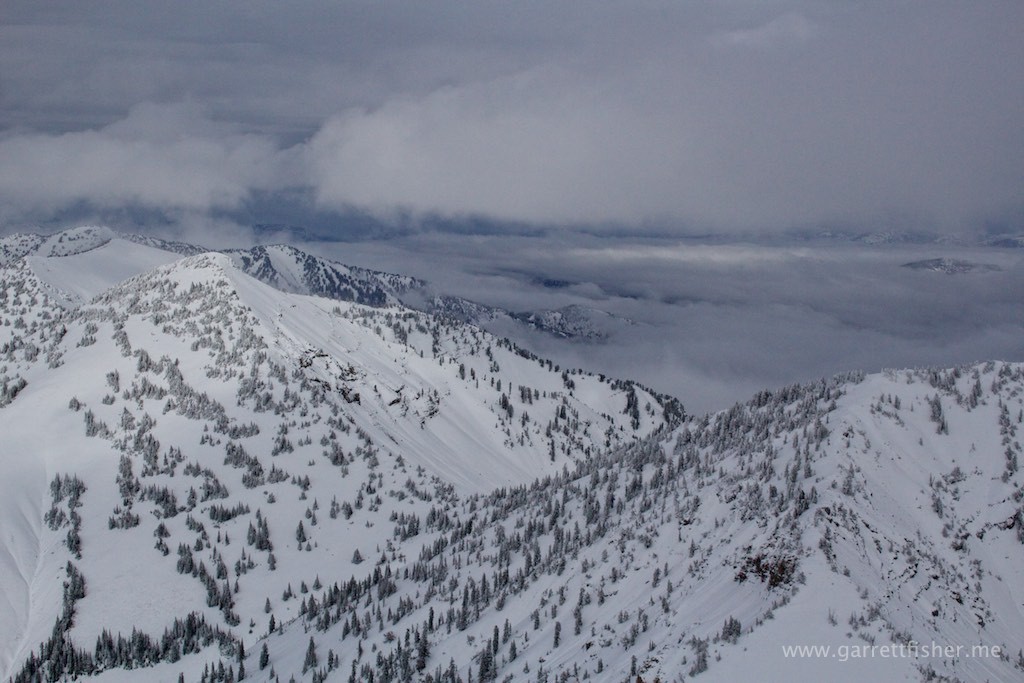 While many have labeled me insane, there is no way I am flying over there. Bridger-Teton National Forest (sea of nebulous death) with Wyoming Range in the distance. 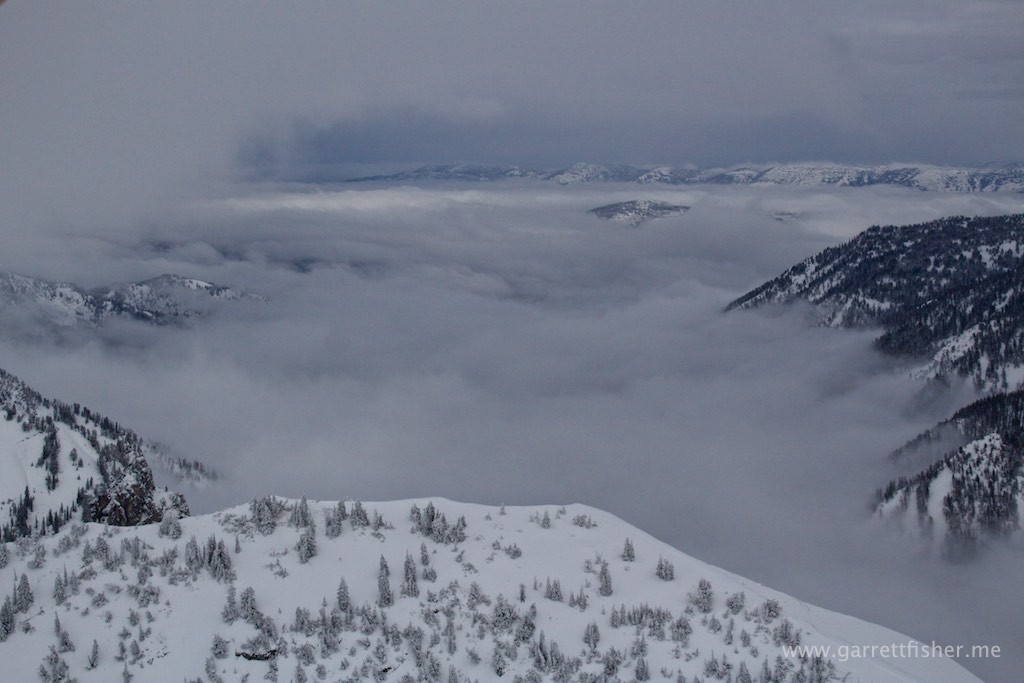 Salt River Range. A bit high here due to ridiculously strong wind pushing me up in an updraft. Home is over there in the black hole of menacing weather. 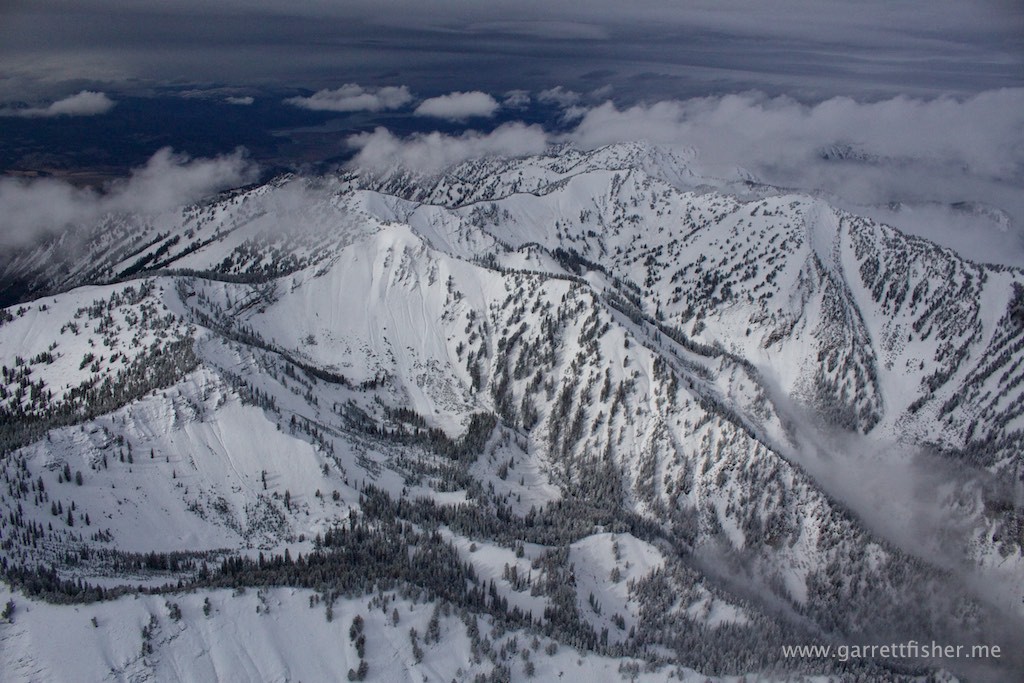