There are occasions in life where certain highly desirable activities happen more than once in the same day. Because of the rarity of said activities, it makes the days where a double header occurs all the more noteworthy. This particular flight happened a few hours after the flight that comprised the prior blog post.

I failed to mention in the last post that this was effectively the first snow down in the valley. Sure, we flirted with wet, gross dustings of partially frozen defilement mixed with taunting snows on the mountaintops. This was the real thing, finally. Seven+ inches of it in the valley, and probably a foot or more in the terrain.

I don’t really remember why I felt the need to go up for a second time, other than the fact that everything I have seen since arriving in Wyoming is different. What previously would be a repetitious flight around Alpine, over some mountain ranges, or down the valley now becomes a voyage of discovery, and it’s new all over again.

The flight wandered over to the Salt River Range, where the sun was shining on the western, snow-clad slopes. Then the sun bestowed itself on Ferry Peak in the Snake River Range, so I went over there, only to find a section on the lee side of said peak where clouds were forming at the ridgeline, presumably due to a lower pressure area created by winds. Those comprised the photographs at the end of the post.

If you’ve been following this blog for any length of time, it should be recognizable that this is Alpine, WY. 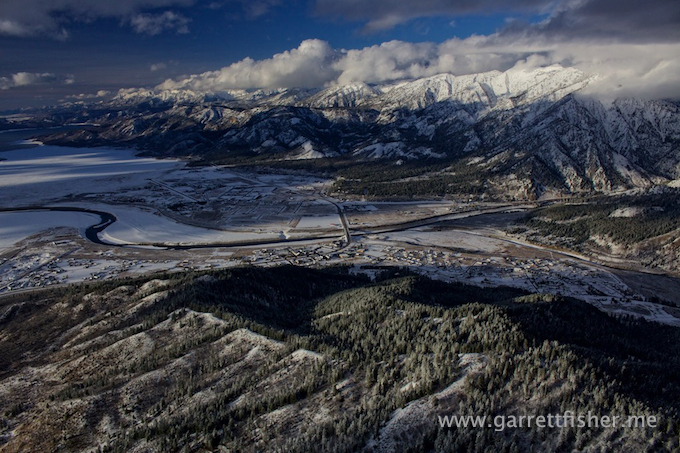 Salt River Range – its ironic that I blather about it being the first snow in the valley and then proceed to photograph the summits instead. 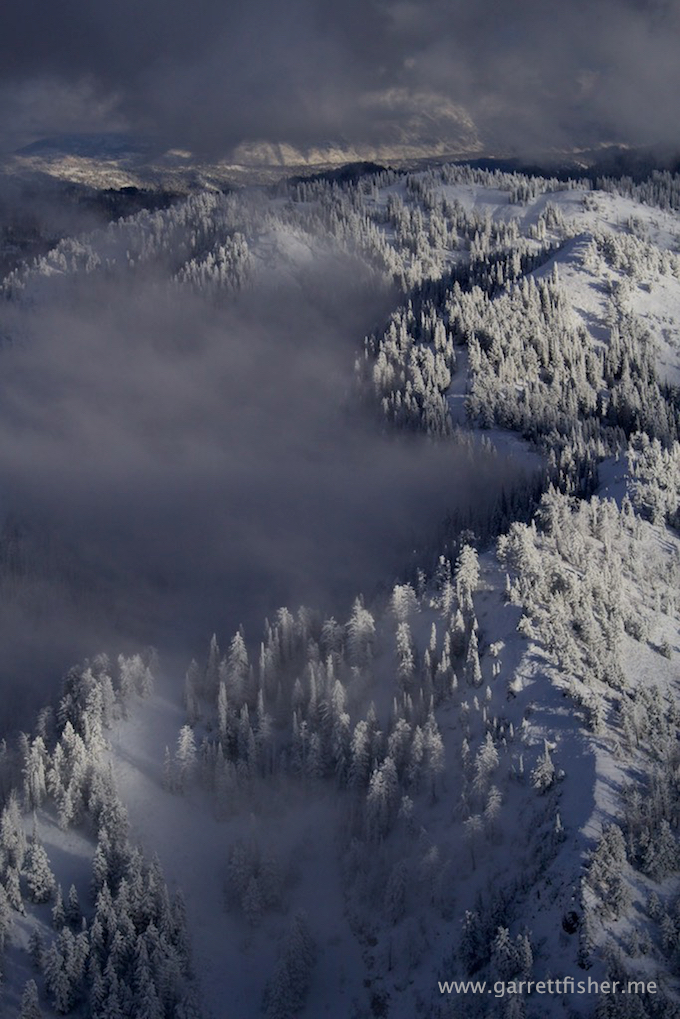 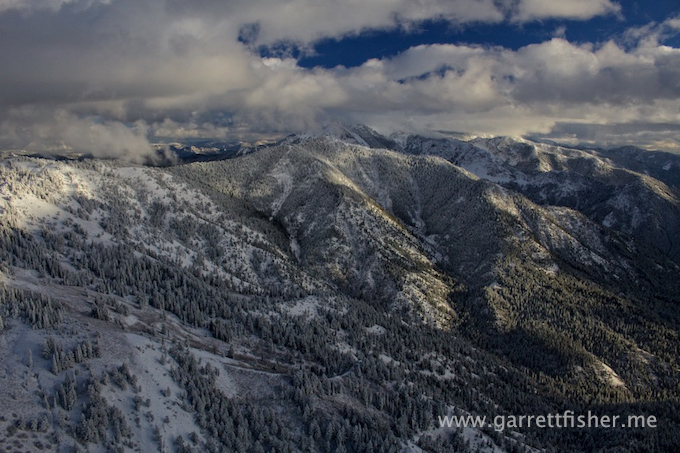 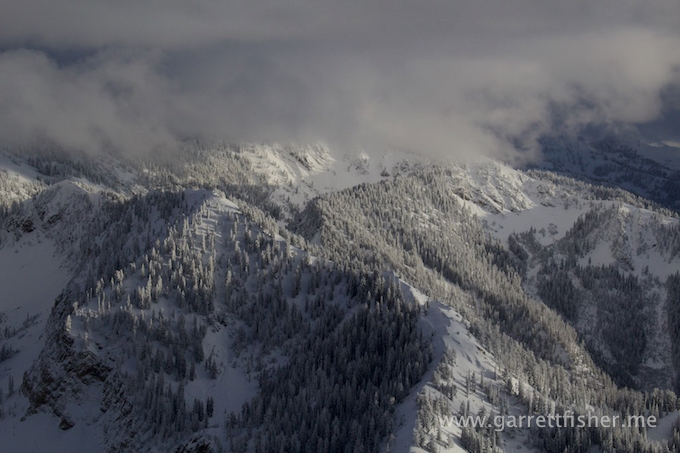 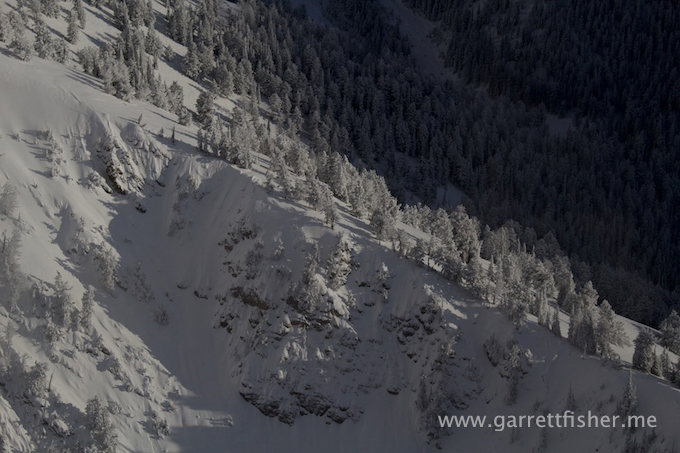 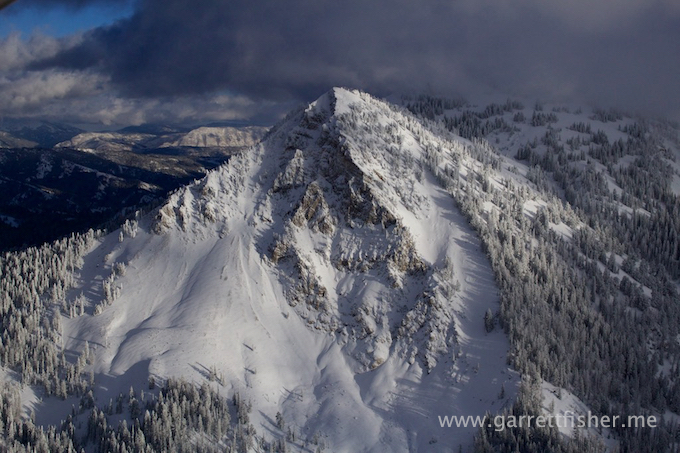 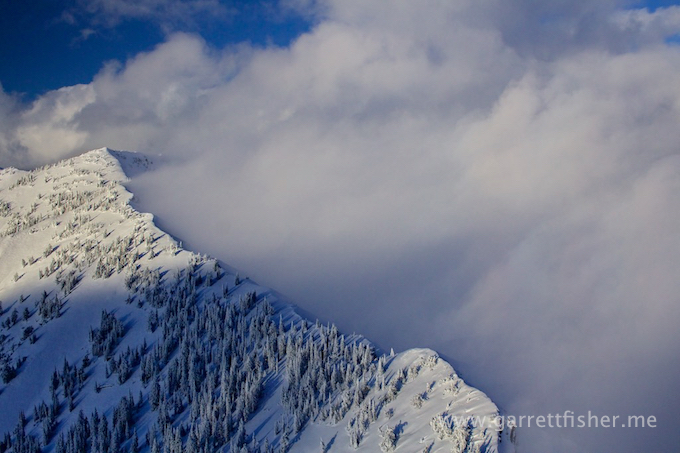 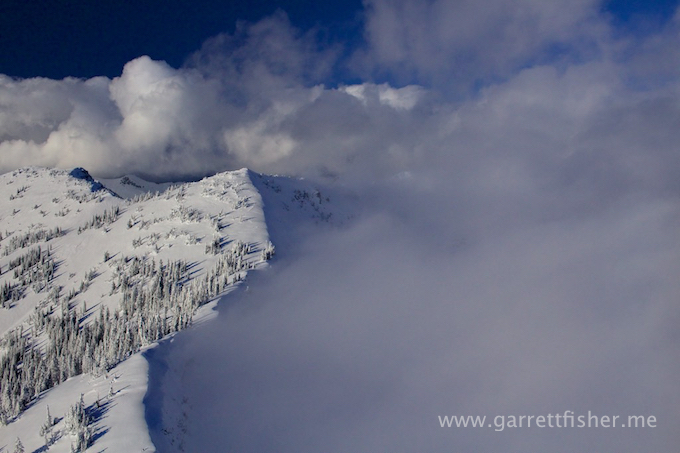 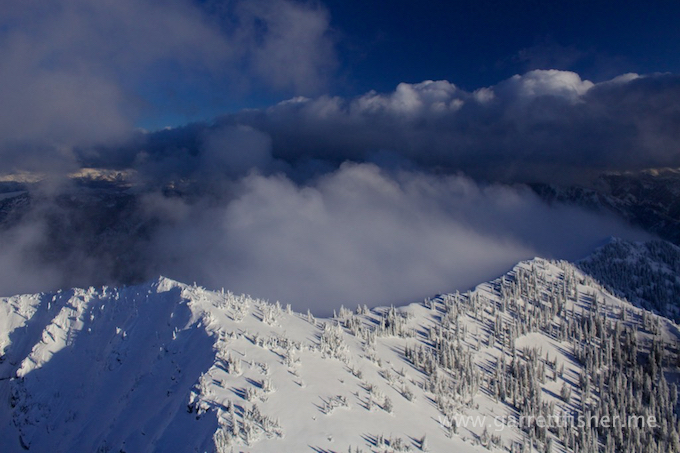 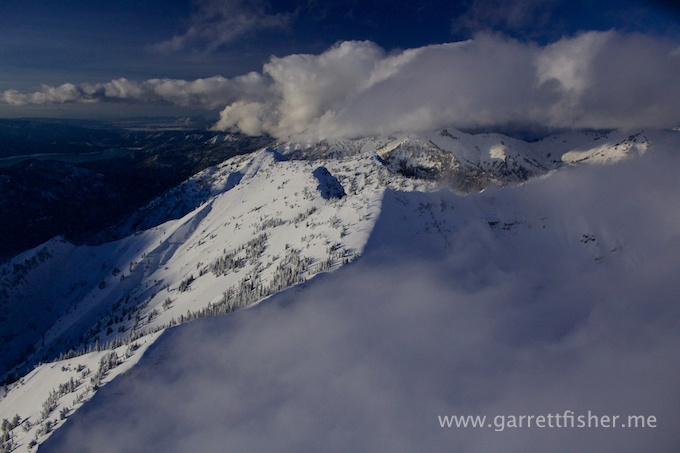 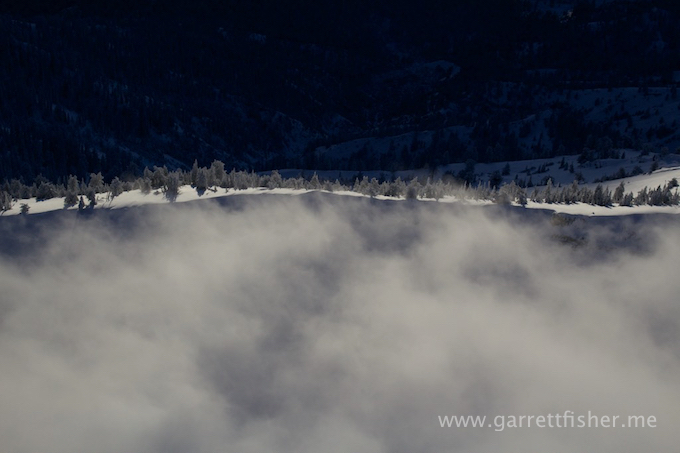 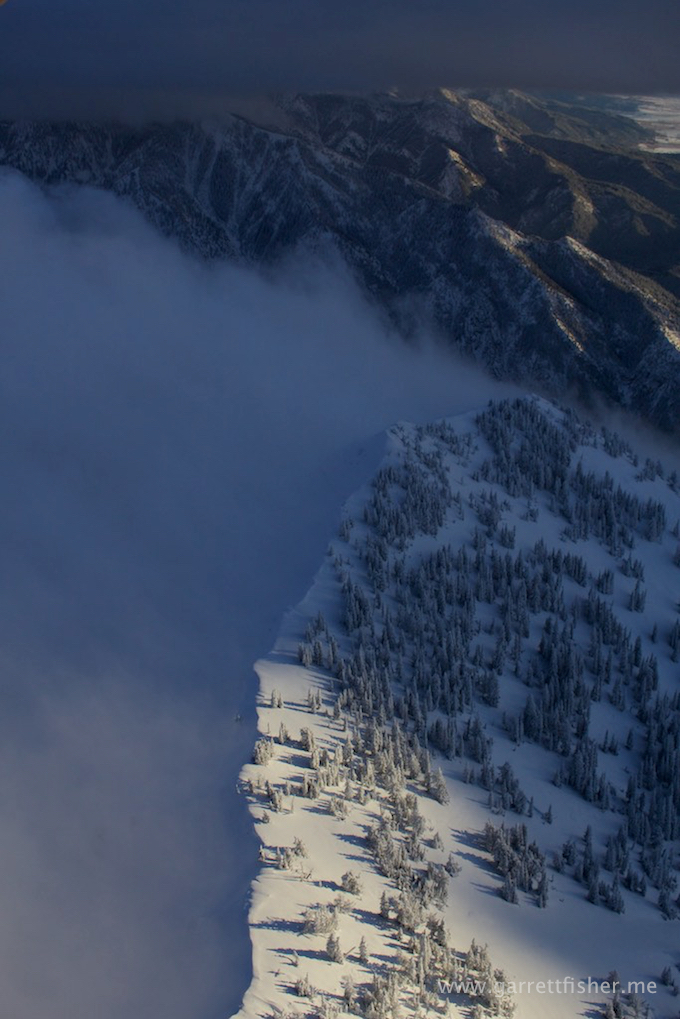