There are times where I don’t even really know why I take certain flights. This was one of them.

It wasn’t like I hadn’t photographed the Tetons before.

Even my wife asked, before I went, “So why are you going again?” “Because I need photographs of eastern Jackson Hole and the northern Teton Range!” Clearly unconvinced, she gave me a questionable look and I got in the plane and left.

Truth be told, I didn’t really have photographs of the east side of Jackson Hole, and I had not ventured into the northern Teton Range area. I have lost count the amount of times that I have flown through JH as a corridor en route to other destinations, and somehow I missed a spot for one of my books.

And so it was. I wandered northbound over the aforementioned section, and had an inclination to head into Yellowstone to get a few things I had not gotten before. Wind was, as usual, howling in there, so as I got to the northern edge of the lee side of Tetons, I decided to just forget it. The thing about Yellowstone is that it’s like a giant windstorm trying to push a sailboat out to sea, never to be heard of again. The Absarokas are like a giant vacuum, sucking wind over the range and blowing it into the Bighorn Basin, with no real hope to ever get back over on the west side. I wasn’t in the mood.

I opted to take the national forest path between Yellowstone and Grand Teton National Park. It’s a little sliver that constitutes neither national park, just national forest. Arriving at the spine of the Tetons, I went straight south.

Some would call that stupid. There were lenticularis clouds everywhere, which means that the winds are both screaming at altitude, and smacking into mountain ranges and getting kicked up tens of thousands of feet. Perfect. Then there was the matter of the terrain being about as smooth as the blades of a saw. I know, we’ve all heard it before, “what if the engine quits?” I mean, seriously, when ever do I have to do an emergency landing (hint: wait for a future blog post to answer that question)?

The terrain was gnarly, to say the least, and the ability to appreciate it is dwarfed by the towering Tetons. If the Tetons were not there, the Teton Range would be pretty rugged. With these giant francophone metaphorical mammary glands ramming into the sky, the rest looks like hills.

It’s still an experience that is hard to describe flying on the west side of the Tetons. They are downright amazing, and I can’t seem to get enough of it. 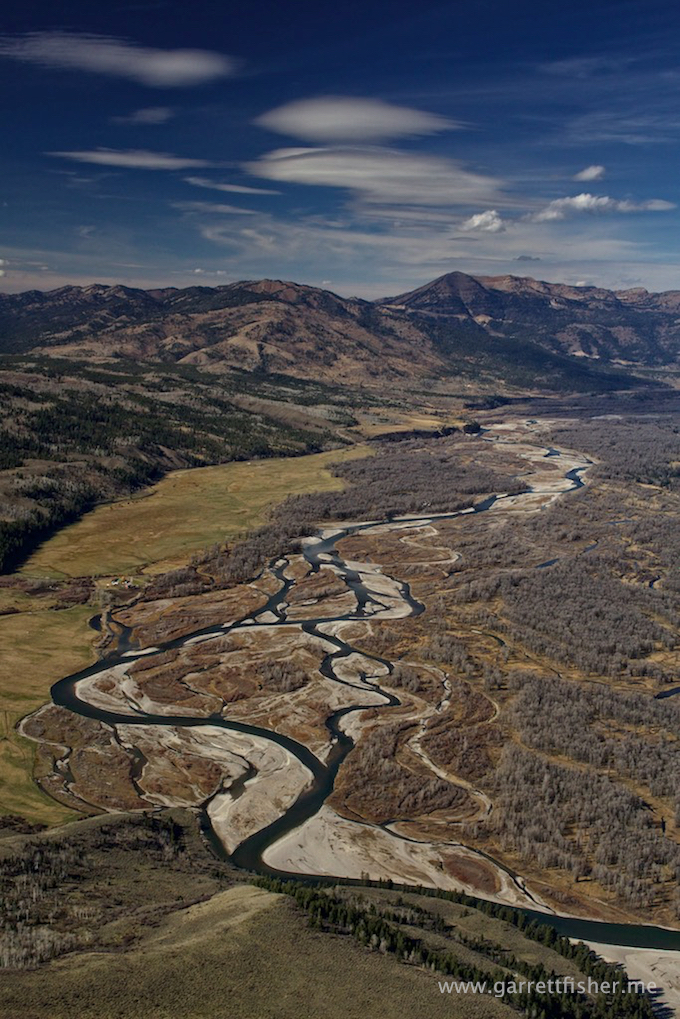 So why I have not flown over here yet, I do not know. Quite pretty if you ask me. 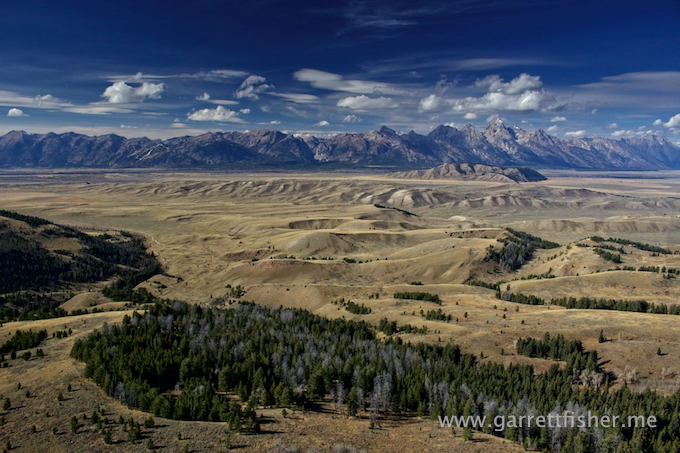 And then there is this little gem…. 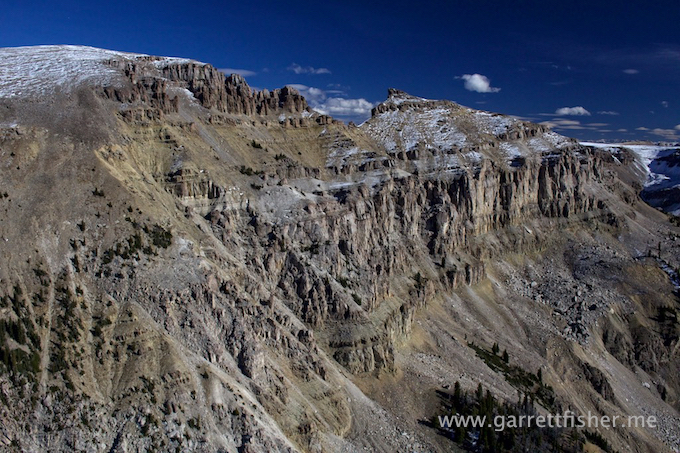 Main JH flying corridor between this little gem and Grand Teton in the distance. 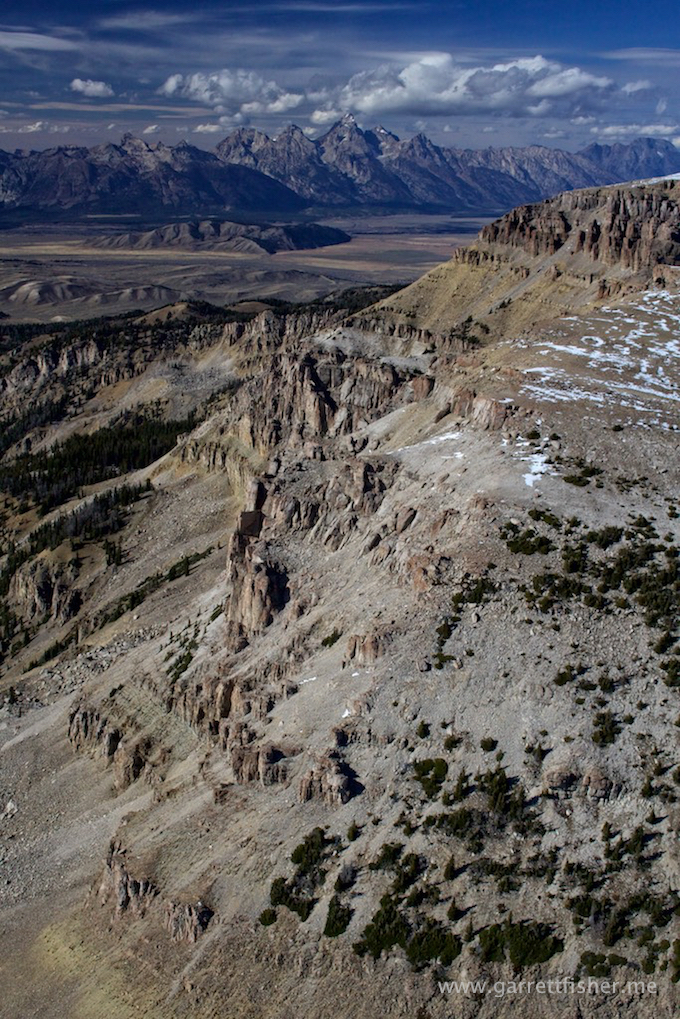 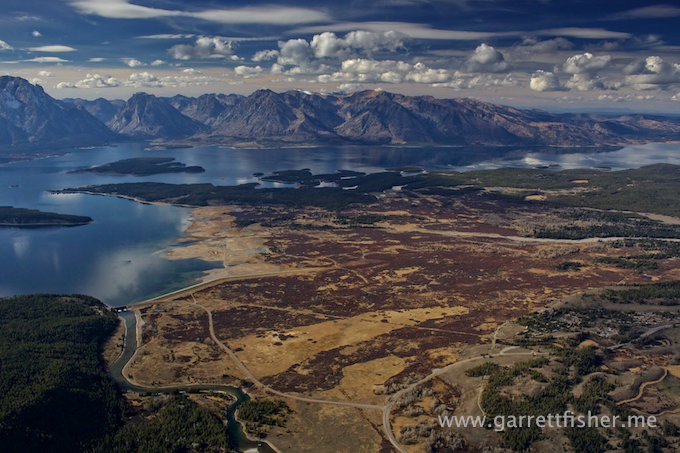 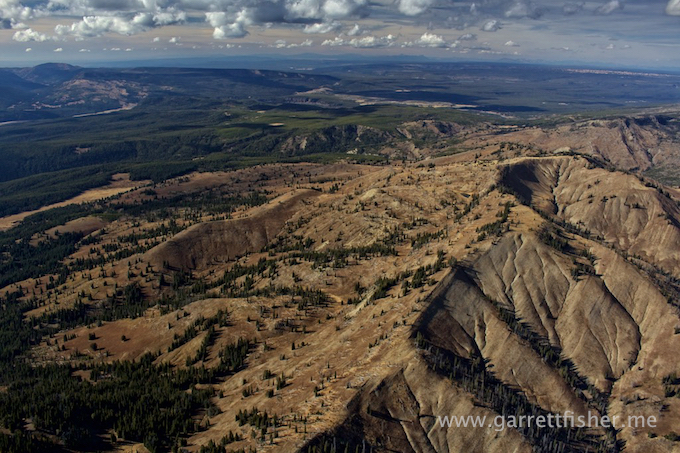 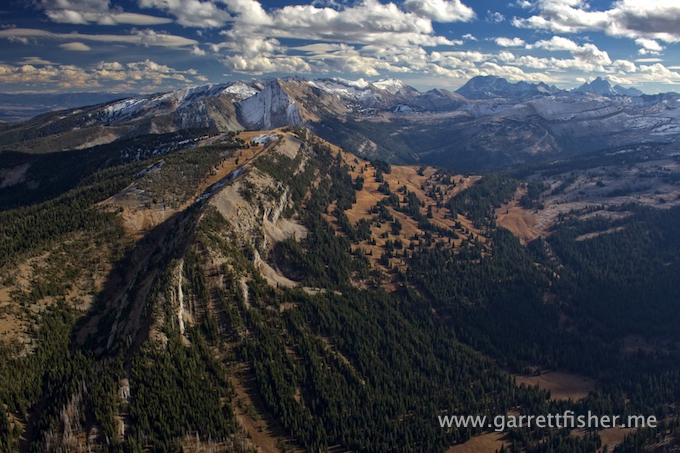 Teton Range terrain – nice and harsh – and I don’t give a crap if the engine quits. 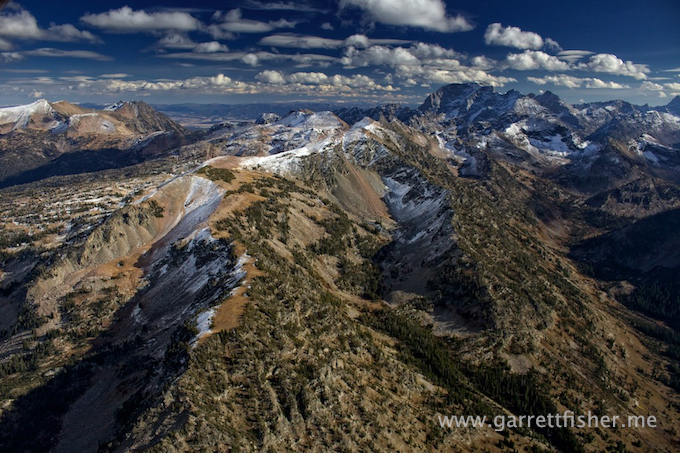 Tetons themselves in upper right distance. Mt. Moran in center – all looking SE. 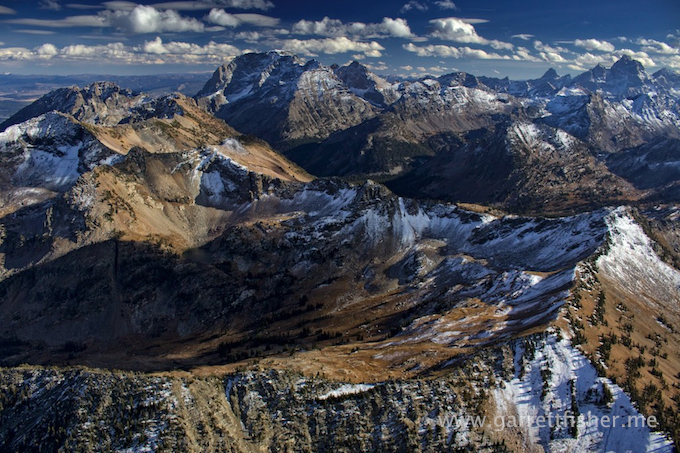 Looking the other way, to the NW, into the Idaho Snake River Plain. 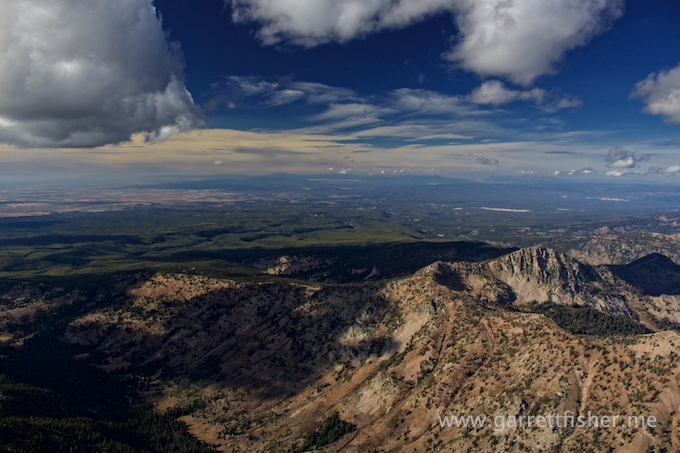 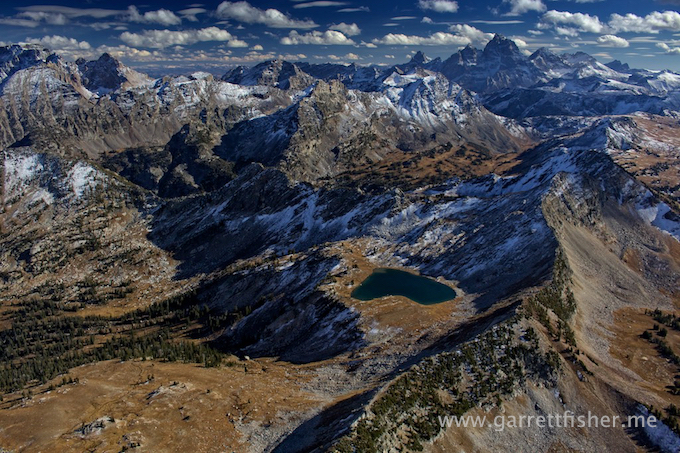 Improbable view of the Tetons. 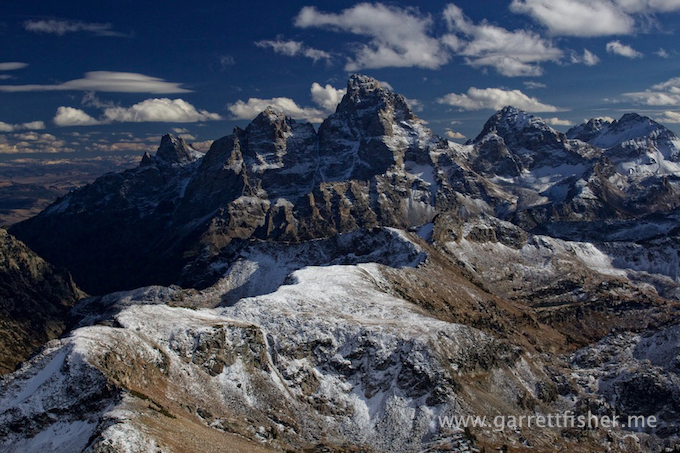 Fine. You get a shot of Grand Teton (13,770′). I am keeping most of them to myself because I am not feeling particularly generous at the moment. 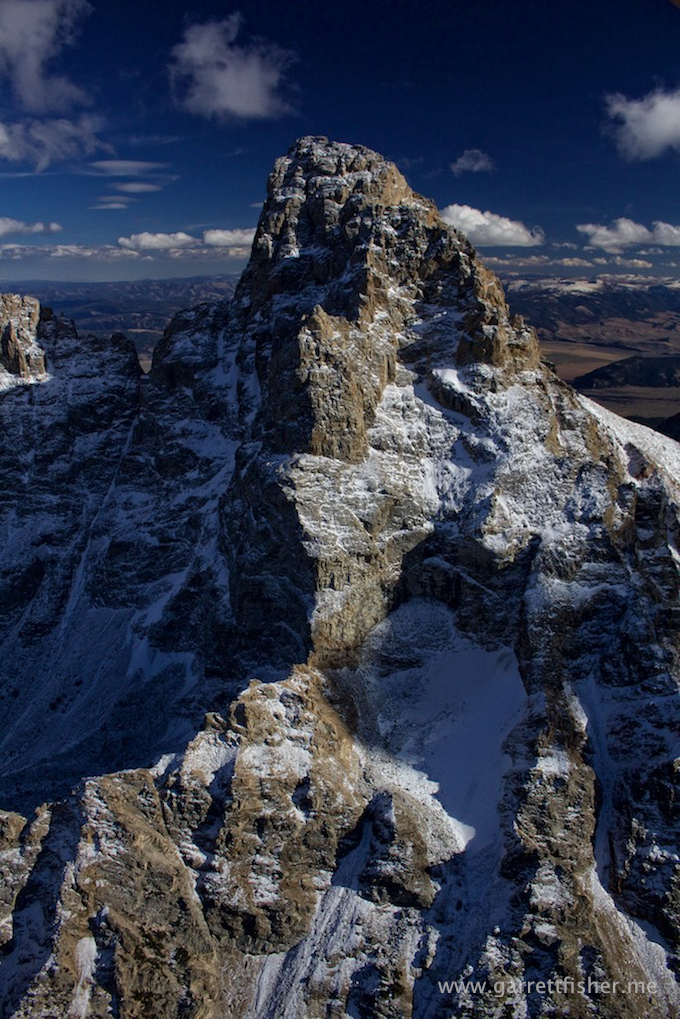 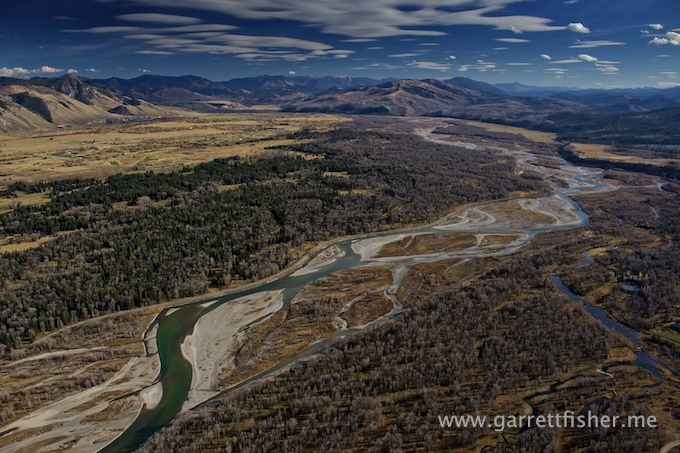 Tent city – WTF? Multi-million dollar real estate for the rich and famous and some moron decides to string up a bunch of tents? Its probably some celebrity “glamping” for $5,000/night. Just stay in Malibu, please, really…… 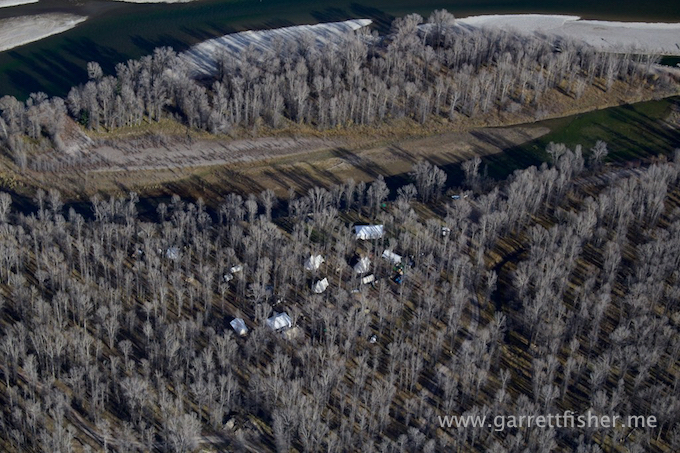 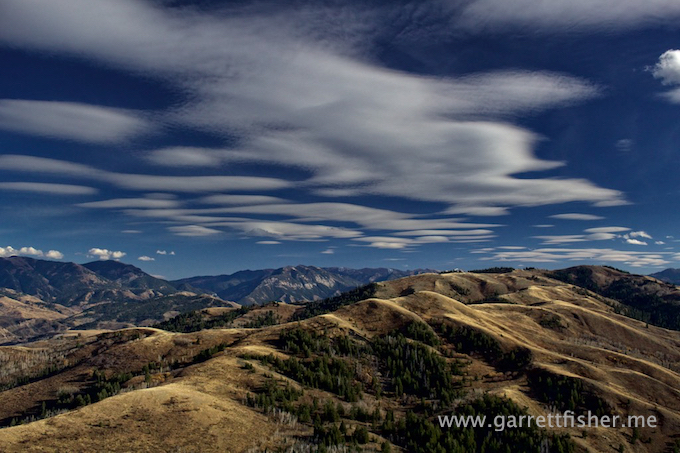