For years I have wondered if farmers have a clue the kind of art they are creating year after year. I first discovered the phenomenon in western Lincoln County, North Carolina, of all places, not a place one would expect to find a shred of art. Flying back from the North Carolina mountains, I saw some amazing patterns in the fields as farmers plowed part of the field, following the contour of the land, though not all of it. They were not doing something random, it was clearly part of an agricultural process, and following the contour of the land had to do with elevation and storm water runoff.

The thing was, when I zoomed in on it, eliminating all other distractions, the photographs were incredible. For almost four years, I have been photographing fields this way all over America, particularly in North Carolina, Virginia, Arkansas, Kansas, Colorado, Kentucky, Missouri, Nebraska, and now Wyoming and Idaho. I have some upcoming flights where I will traverse the states of Idaho and Washington, and I will complement my work with a style of field heretofore nonexistent in my collection.

Recently, I took an evening flight in the northern part of the Star Valley. I have been going up in the airplane as much as possible around sunset, working on an assortment of sunset perspectives, and instead discovered a velvet texture on the ground just over the border in Idaho. You can see the velvet in the first image, and then some of the following ones are my close-up style on them. Even the waterways used to channel drainage are a thing of unwitting beauty, farmers being caretakers of a gallery of art only visible from above. 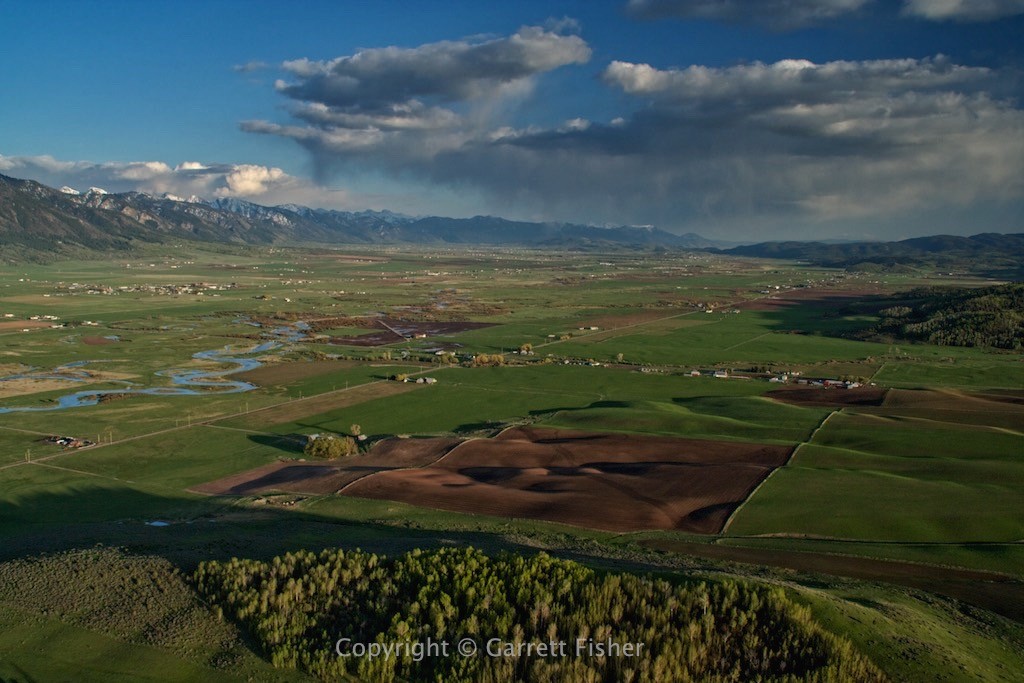 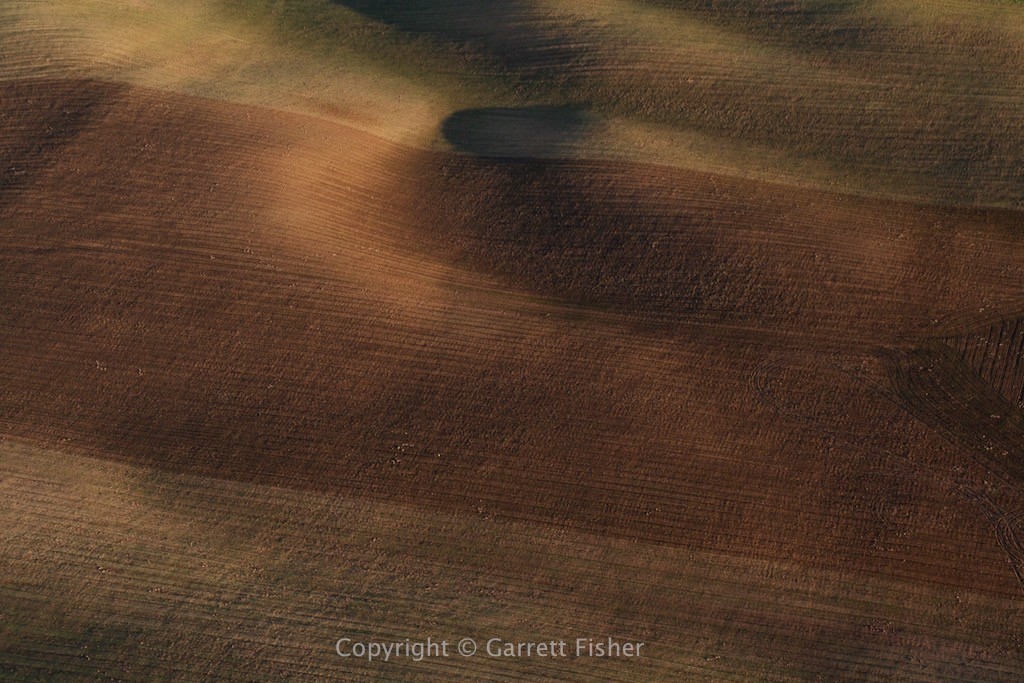 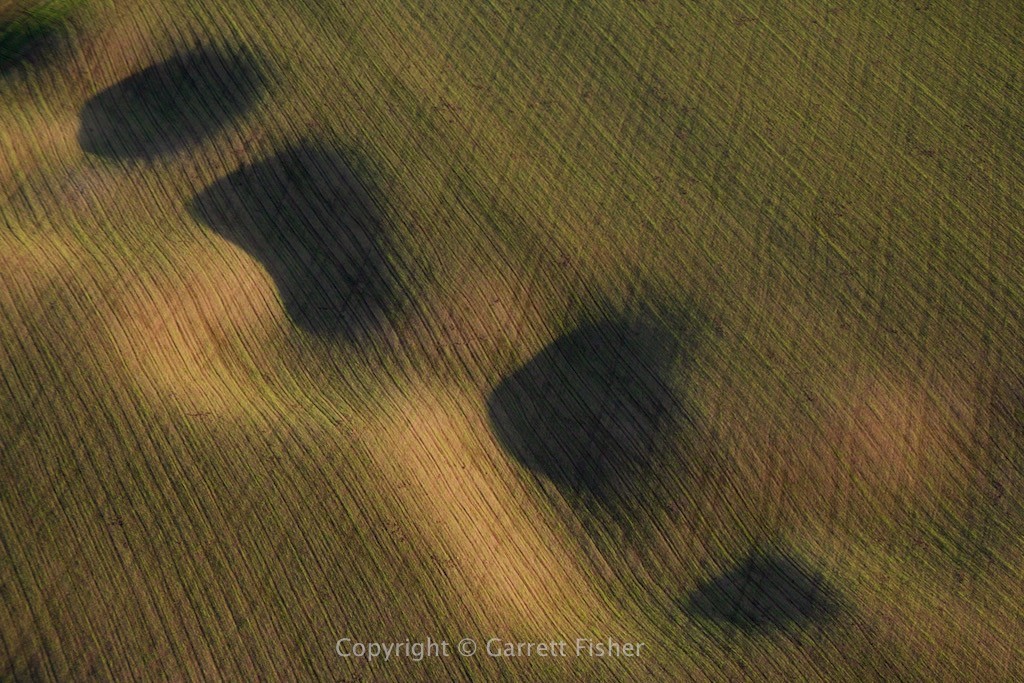 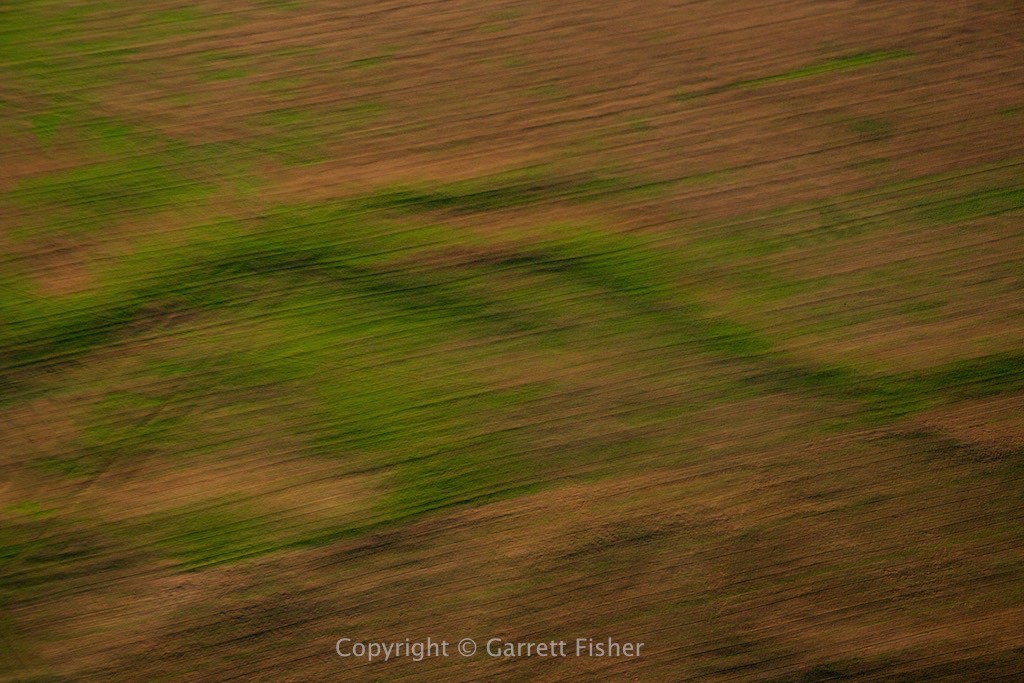 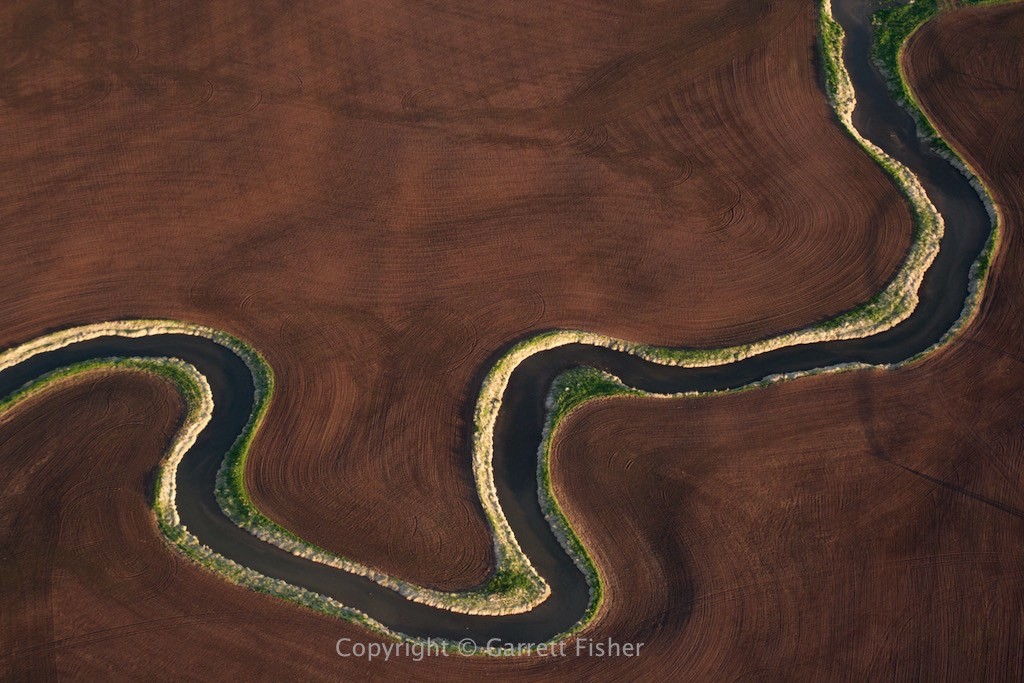 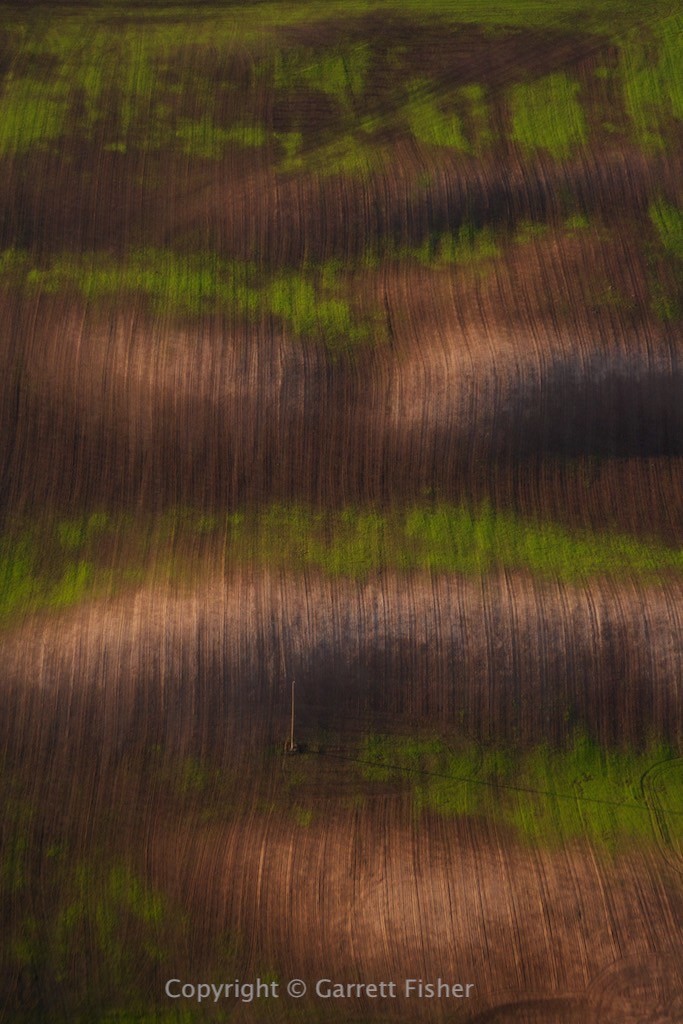 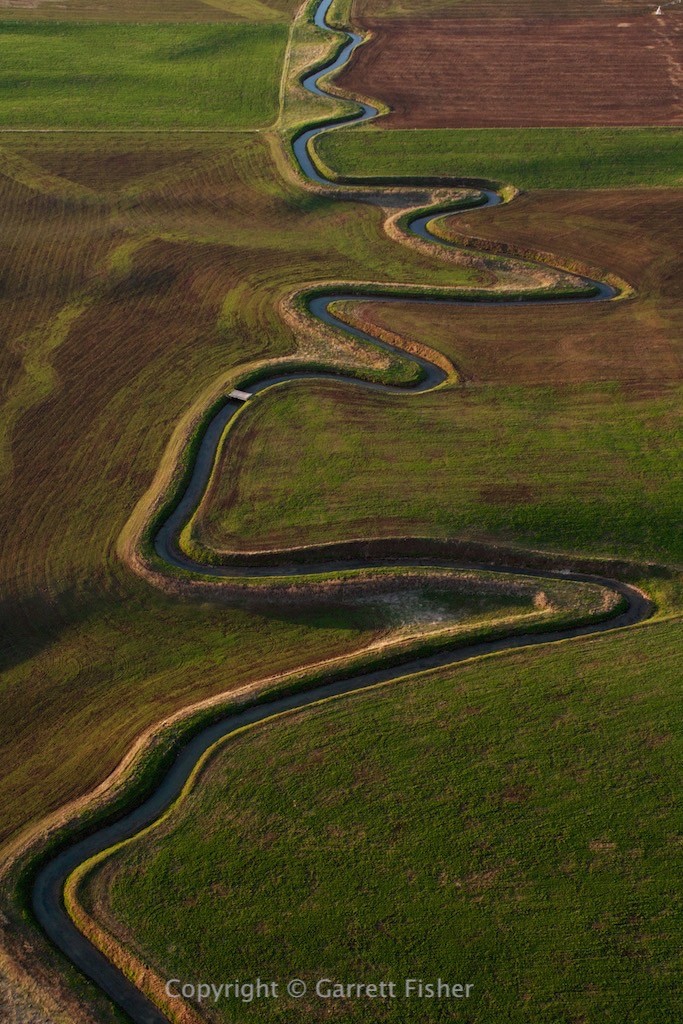 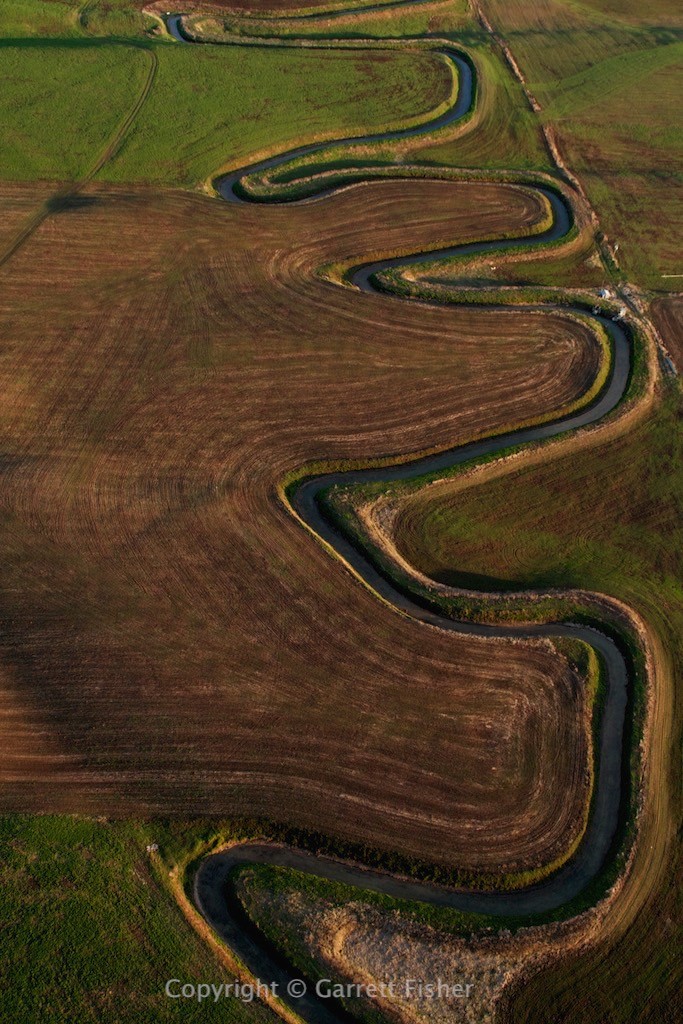