Liechtenstein has always been a fixation. It is likely due to its mystical Disneyland allure, where everything is perfect, minstrels frolic while baking strudel, and life is as ignorant Americans imagine it should be in perfect little feudal European kingdoms. Perhaps it was when the people protested a few decades ago, about how perfect things weren’t. Or, in the intervening period, how there was a “constitutional crisis,” where the king wanted to edit the constitution to make it more friendly to monarchies, for which he threatened to “sell all the royal properties and move to Austria” if the people didn’t agree. They agreed.

One can’t help but to love the fact that, if Switzerland is a haven for ill-gotten funds, Liechtenstein is the place where the Swiss hide their money. Is Brexit or Trump’s America not xenophobic enough for you? Liechtenstein admits no more than 56 immigrants per year. 56. Then there is the fact that any neighboring country could have, at any time, in the past 500 years, simply told Liechtenstein that they shall no longer exist on their own. For some odd reason, a country the size of a large town still exists, when there is no good sense for it. But it does.

When we first came to Europe, it took 2 months to drive to Liechtenstein. I had to experience it and taste its illustrious, smug, self-righteous glory. I decided I wanted to live there, despite the 56-person limit (I thought I was cool enough). Then I realized there is no airport, so that put an end to that. 61 months later, and I had a chance to fly there. 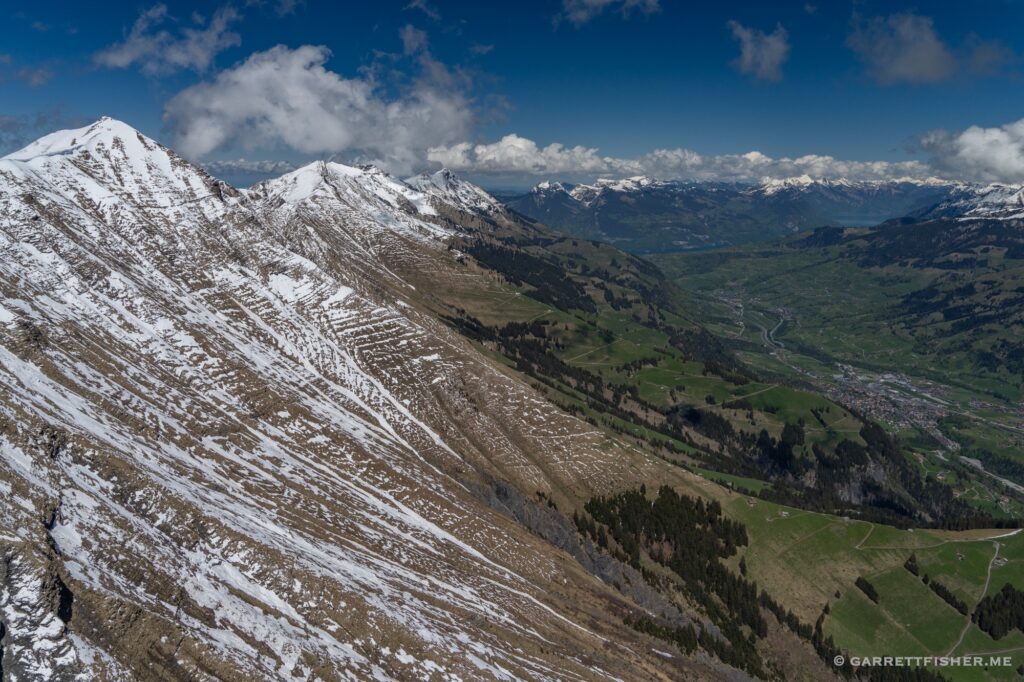 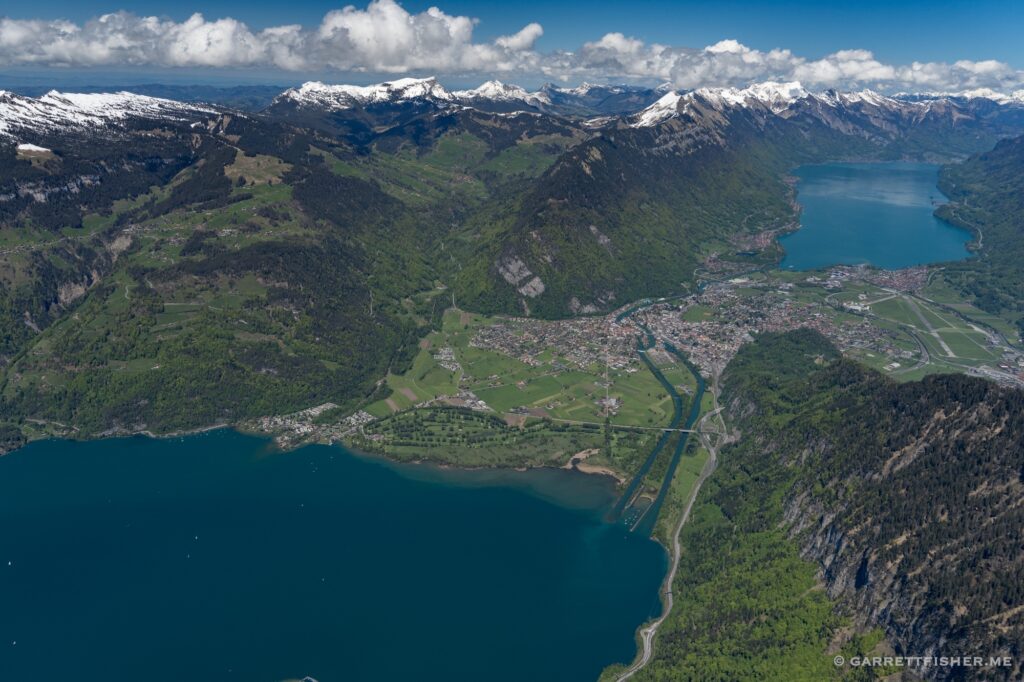 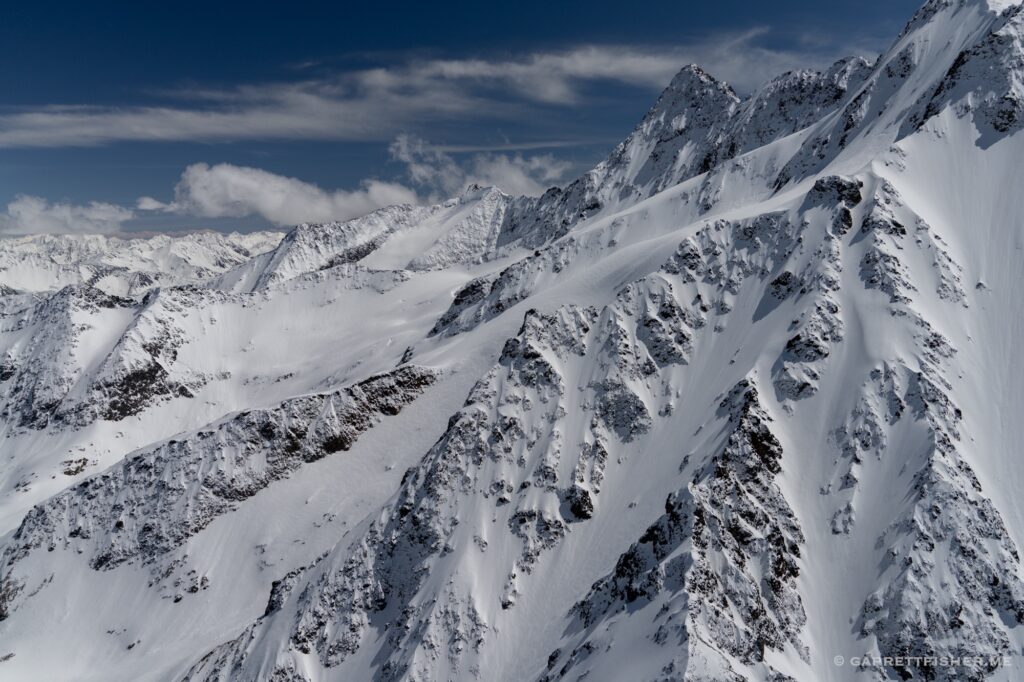 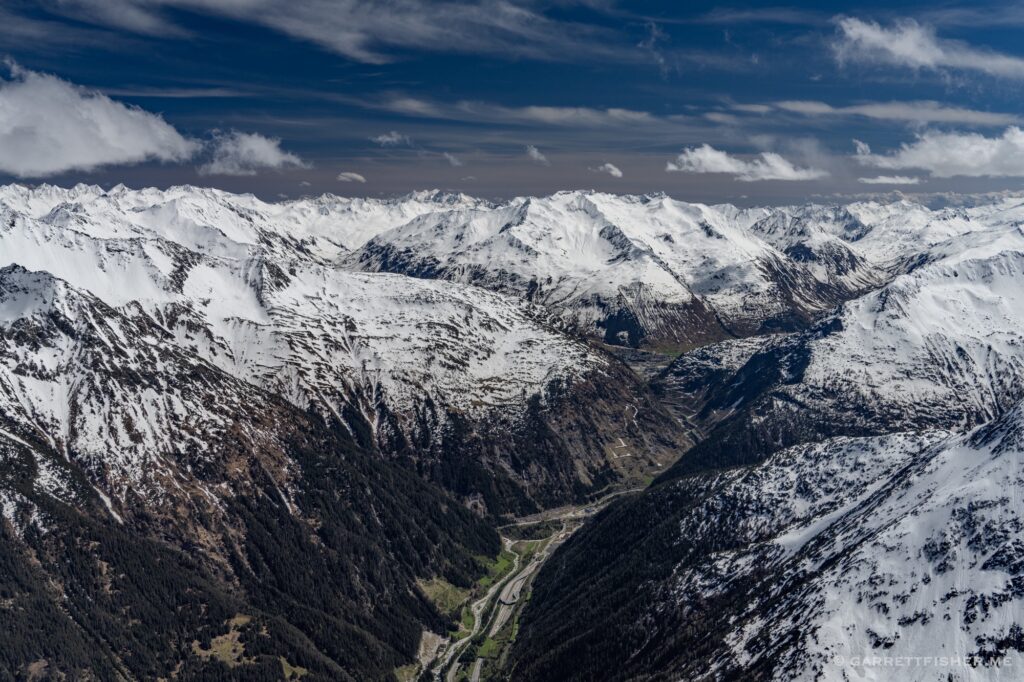 Reuss River valley, emptying into the Vierwaldstättersee. One can thank this region for the existence of Switzerland. Some hillbillies in the late 1200s gave the middle finger to the Hapsburgs and it worked. 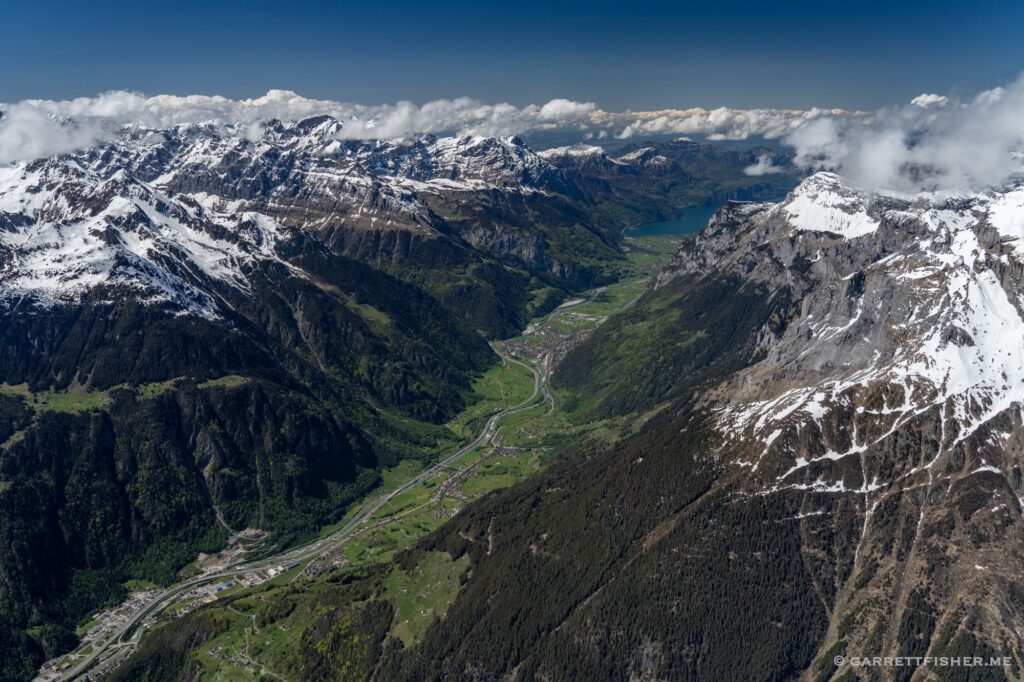 Clariden (10,718′). There is a sizable glacier under all this snow. The ridge in the foreground comprises the border between cantons Glarus and Uri. 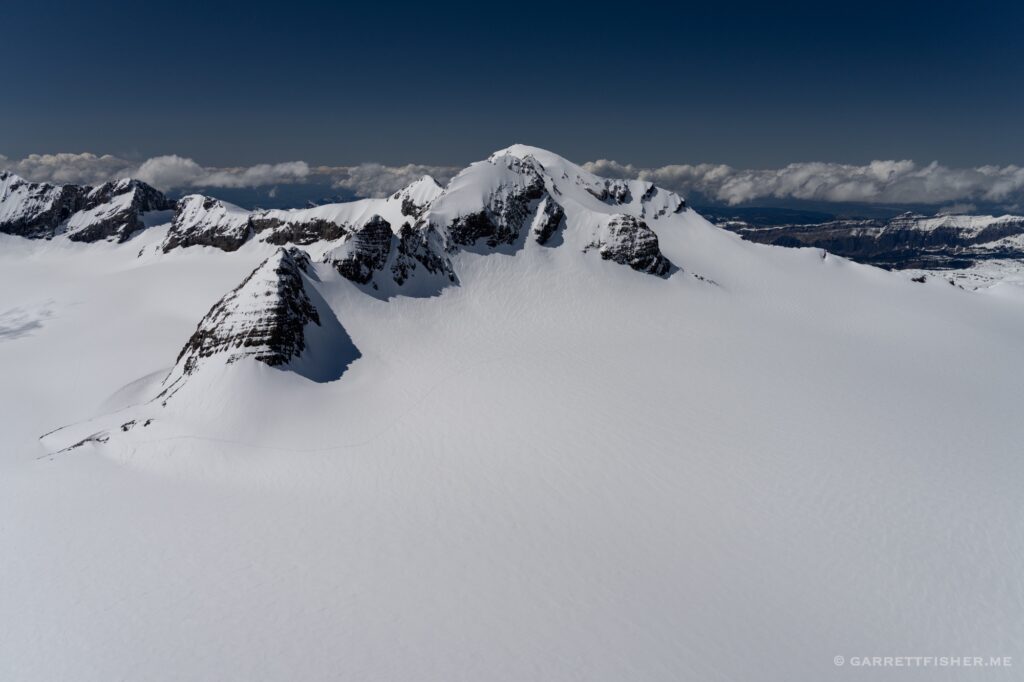 Eastern ridge of Bifertenstock (11,217′). Some glaciers on both sides. The razor sharp ridge is the border between Glarus and Grisons. 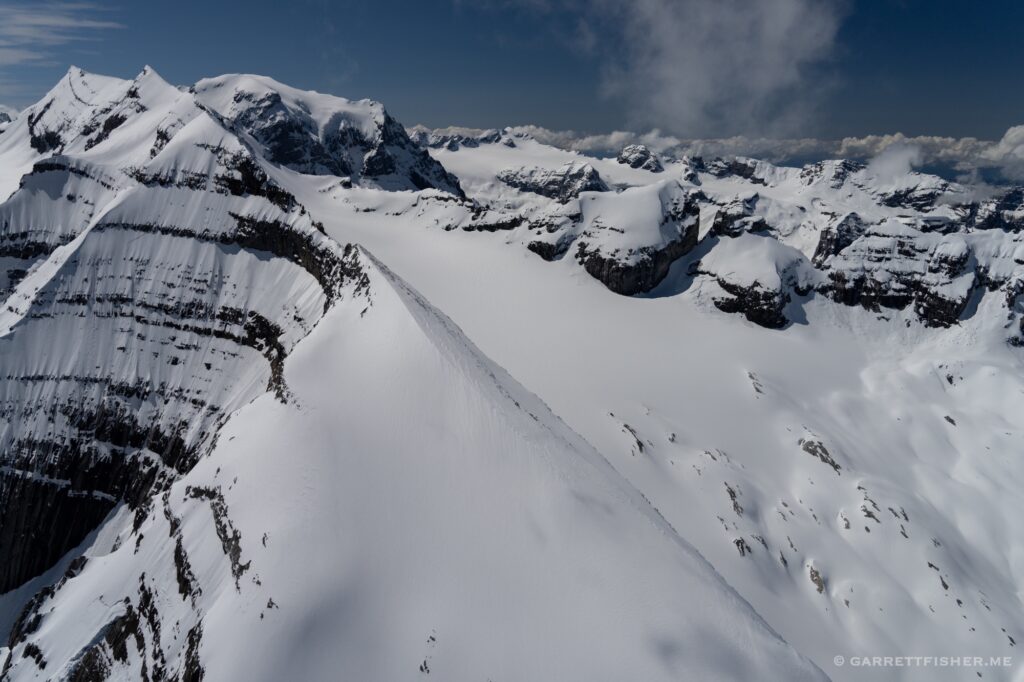 Glarus. They don’t like foreigners here, even though lots of them moved to New Glarus, Wisconsin in the 1840s. I would take this valley, even if they all hated me, over Wisconsin. 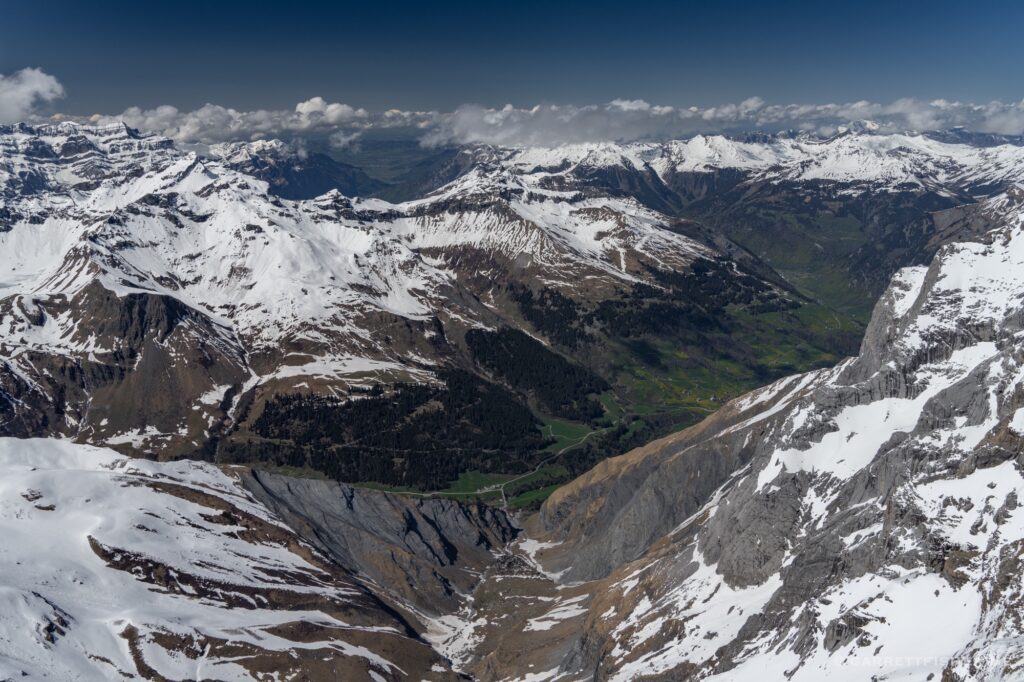 Piz Dolf (9,934′), border of cantons St. Gallen and Grisons. It was time to begin descending. 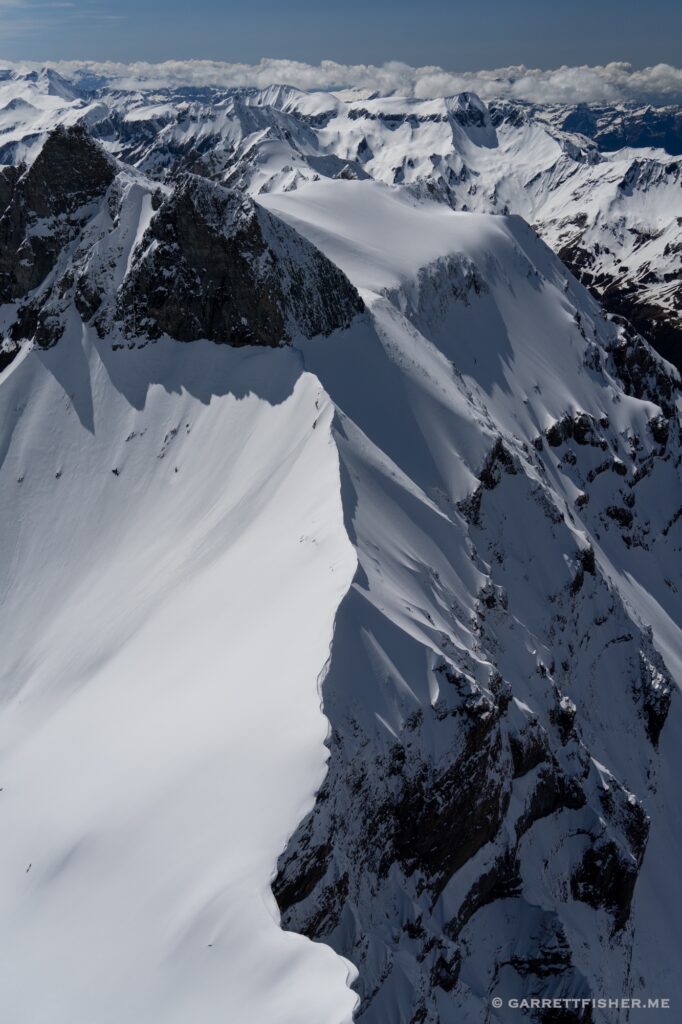 Gigerwaldsee, one mile below nearly vertical mountainsides. It was quite tight and took some time to work my way down and out past the dam. 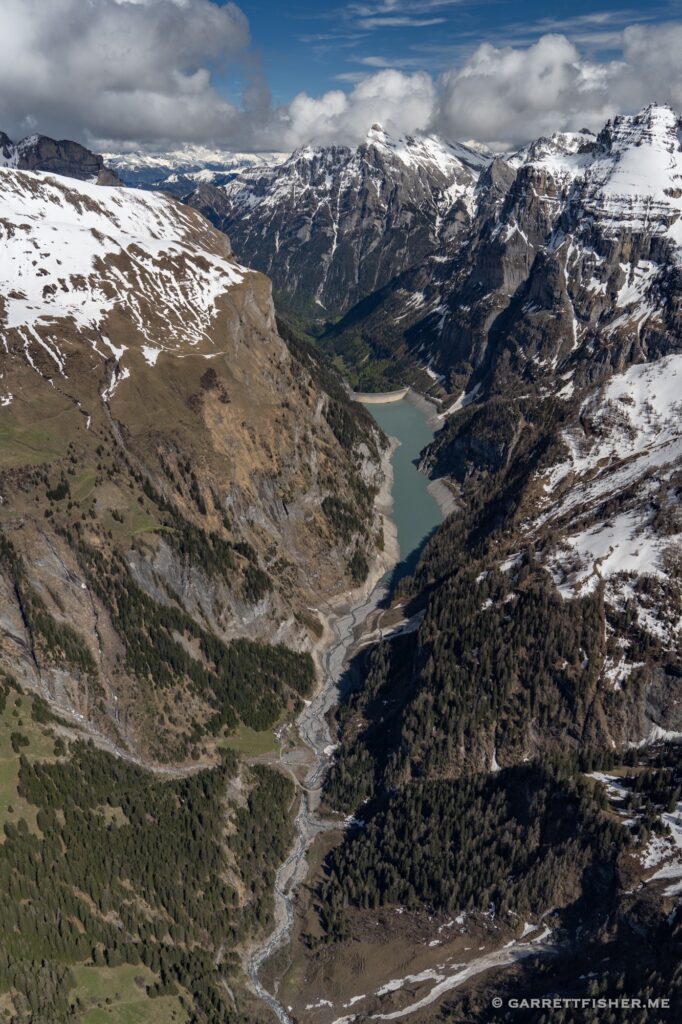 Some sort of mountain above Vättis. 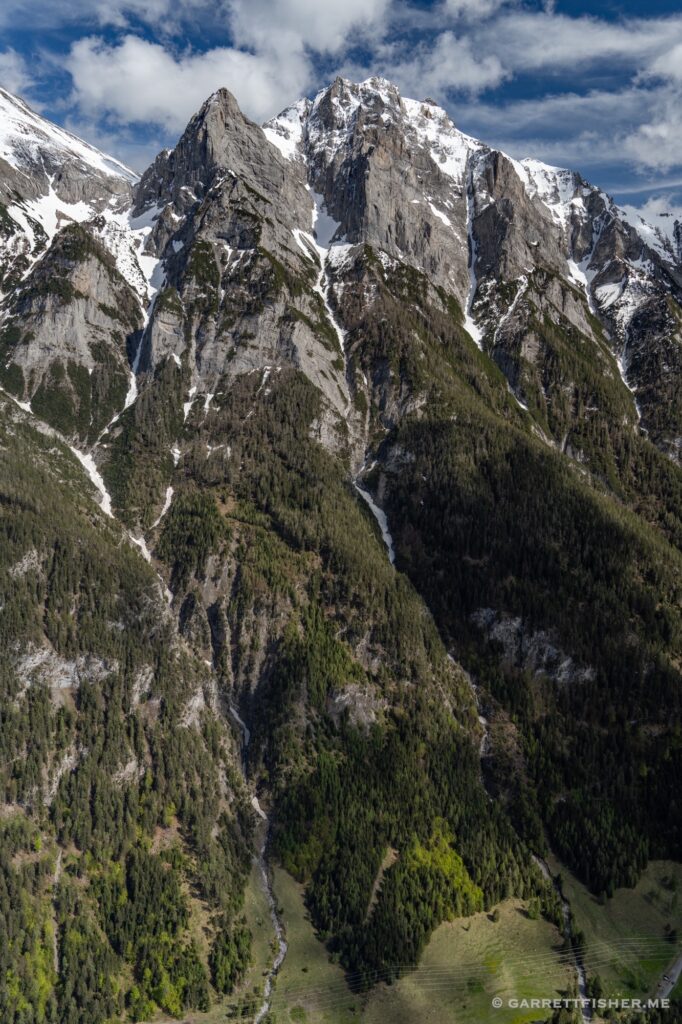 Following the valley to Bad Ragaz. 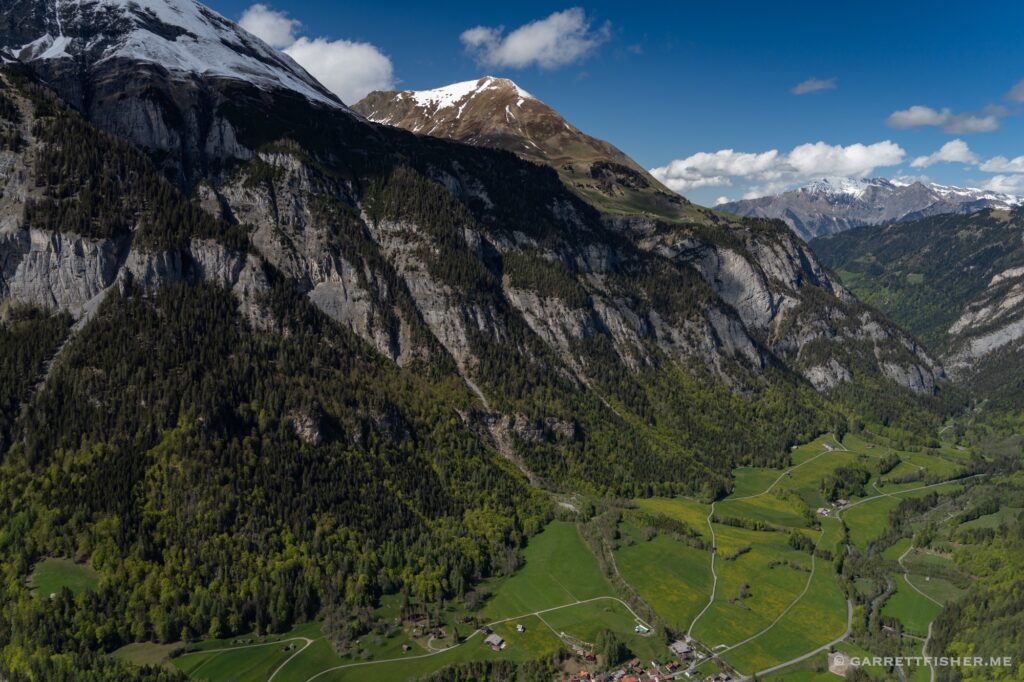 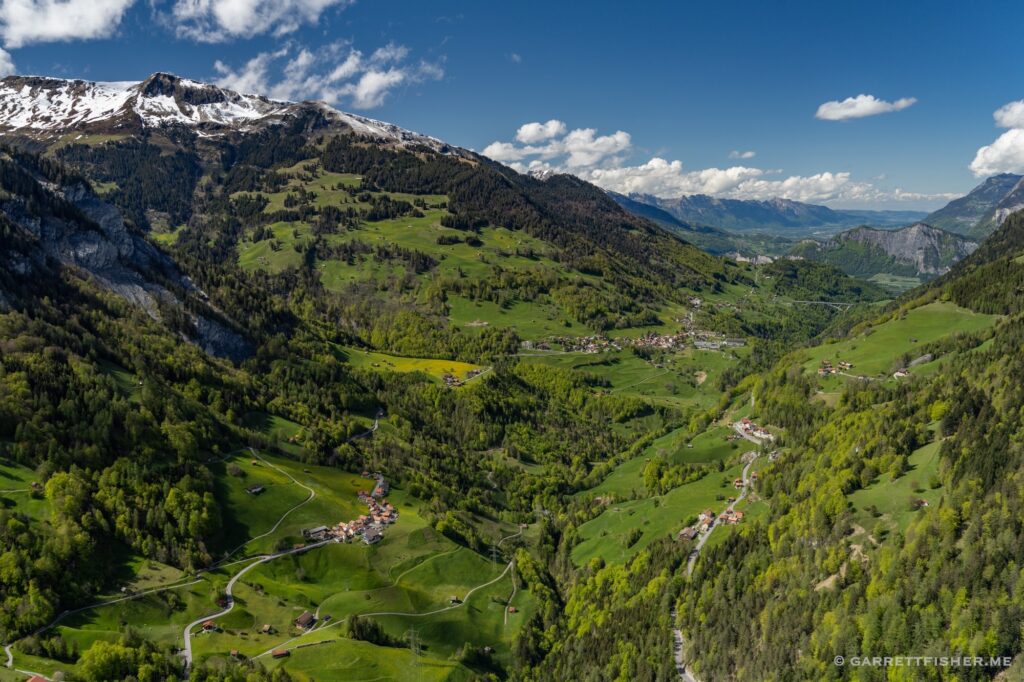 Bad Ragaz with the Rhine River. Bad Ragaz Flugplatz is in the middle left, a tiny little field with interesting winds and a cantankerous airport operator. I could not land there on this day due to Pentecost. Flugverbot! 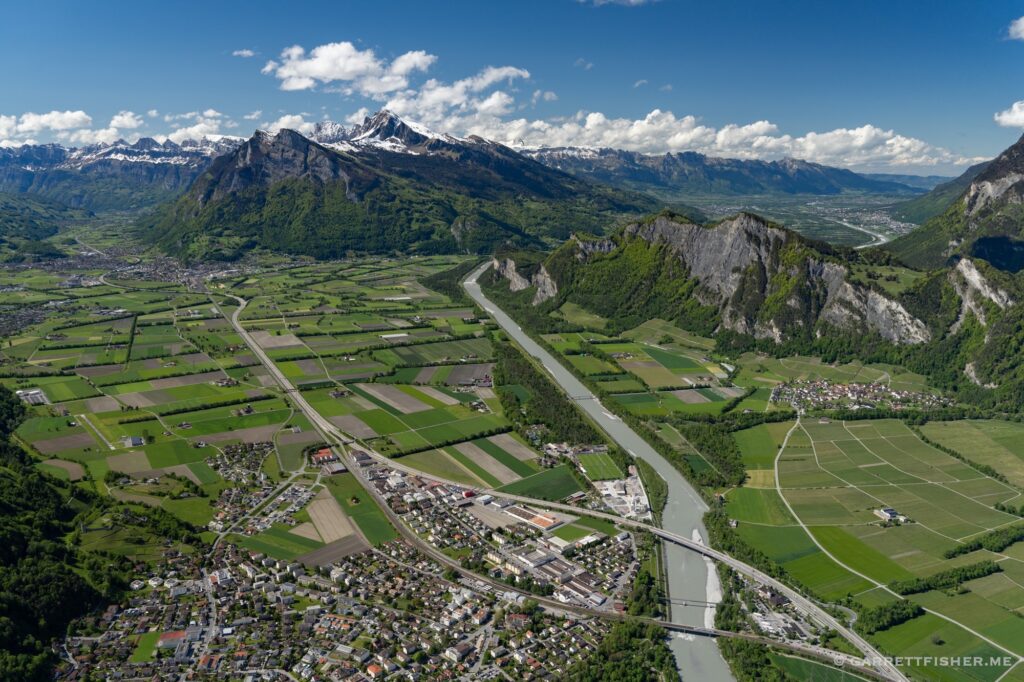 Liechtenstein! To the right of the Rhine. Ends just behind me and just past the mountain, also borders Austria on the right, outside of the image. The country is so small that it gets one image. 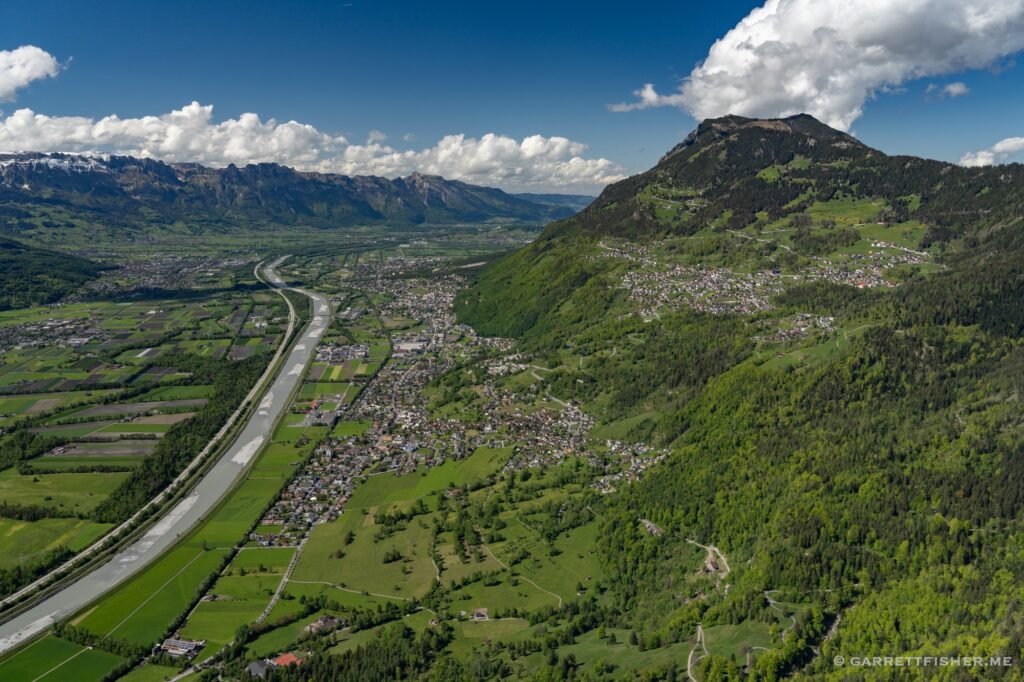 Gamsberg. Per Wikipedia, “not to be confused with the mountain of the same name in Namibia.” 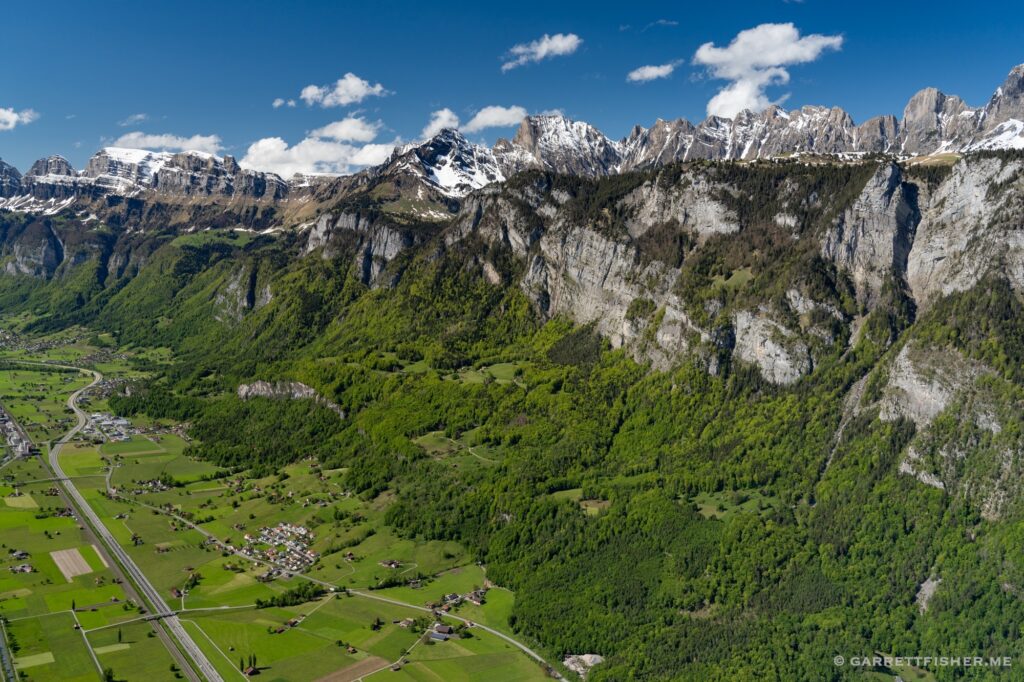 Möllis, canton Glarus. This little airport is a personal favorite on Google Earth in flight simulator mode. For over a decade, when I have “flown” using said flight simulator, it is always in this valley. I shall return once I get around the fact that I need a sponsor to land at the airport in this image. 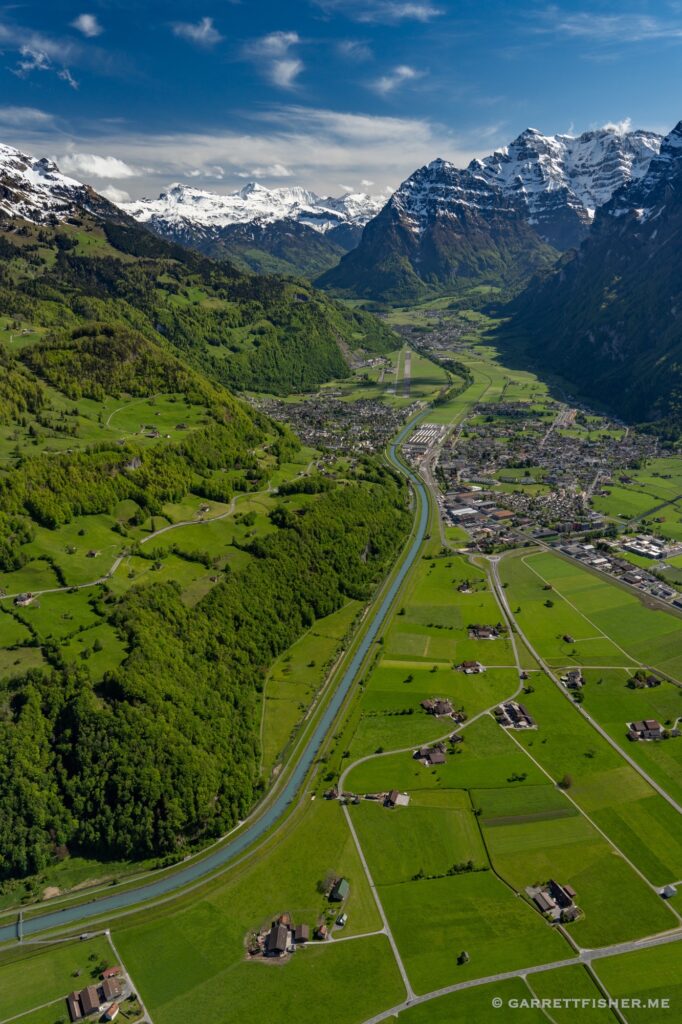 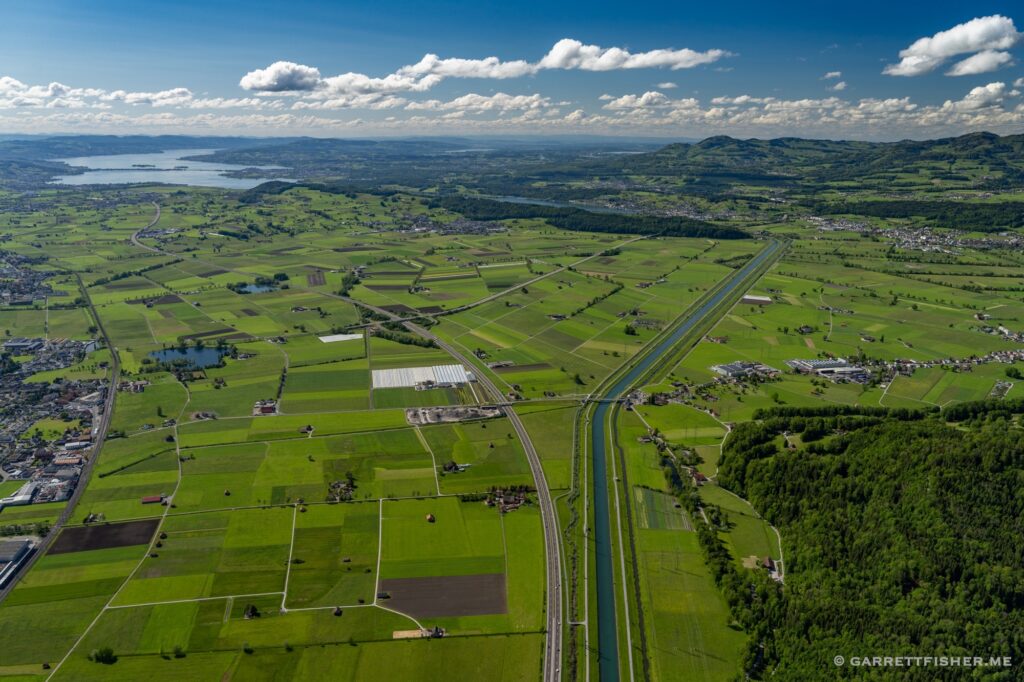 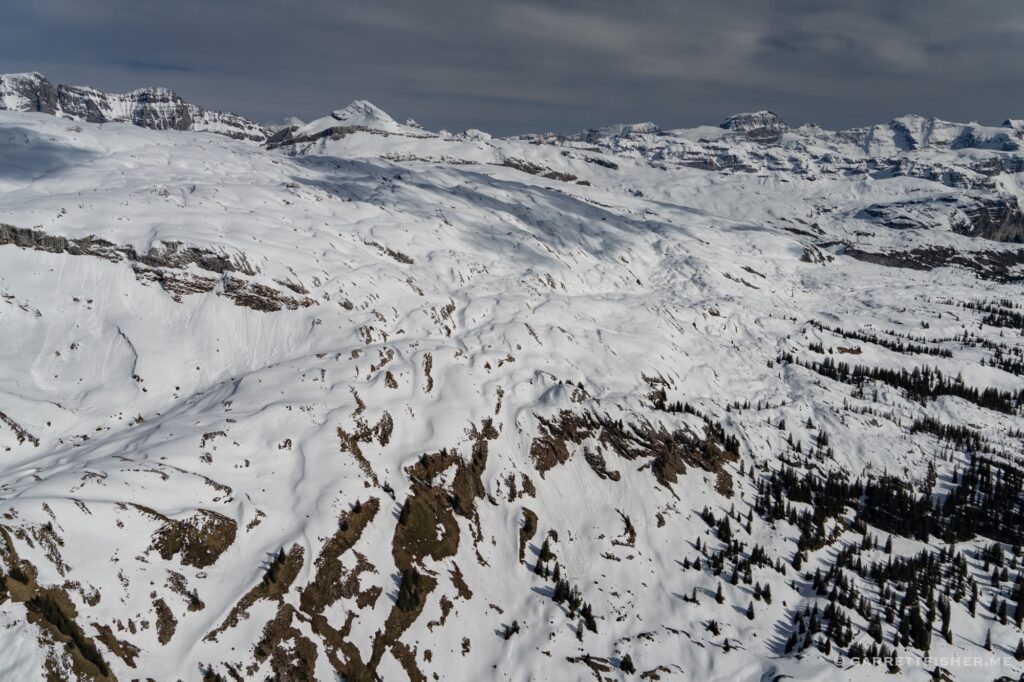 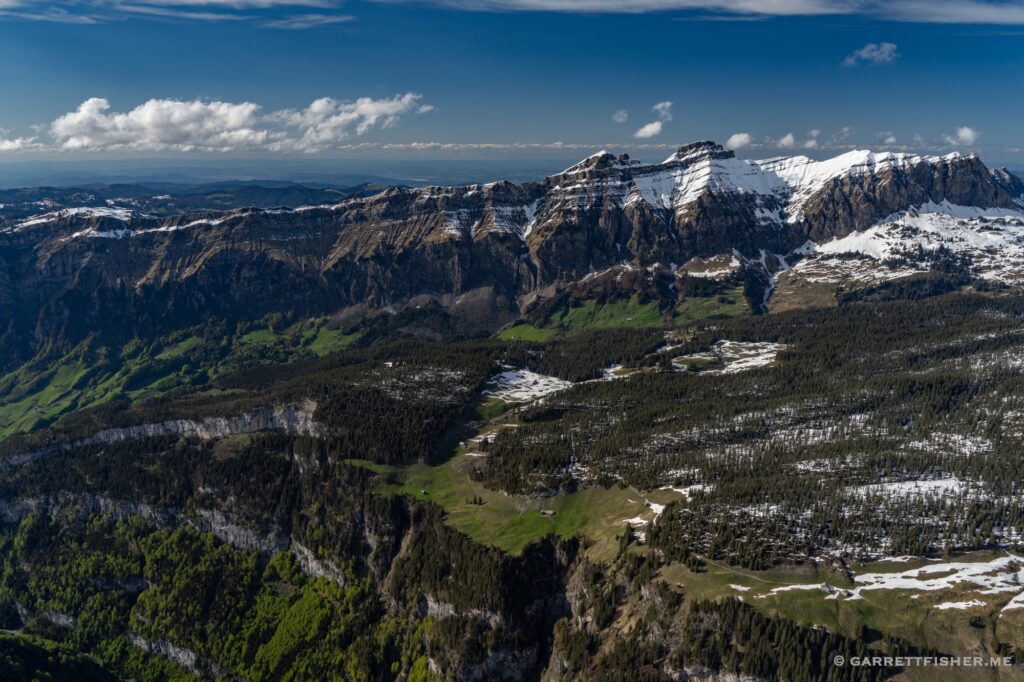 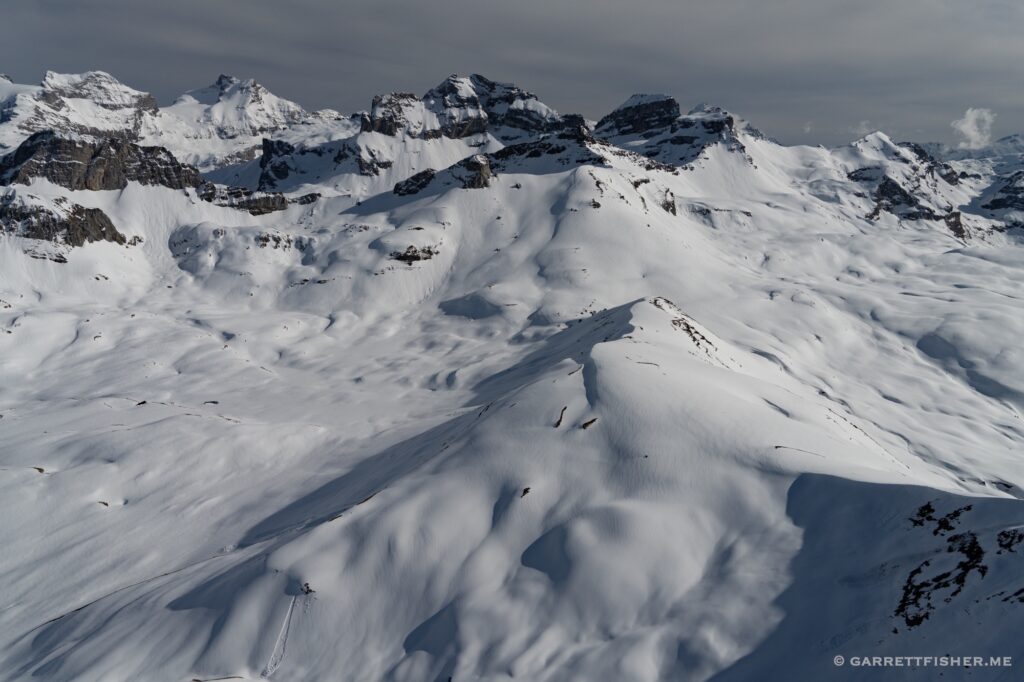 Fulen, border of Schwyz and Uri. 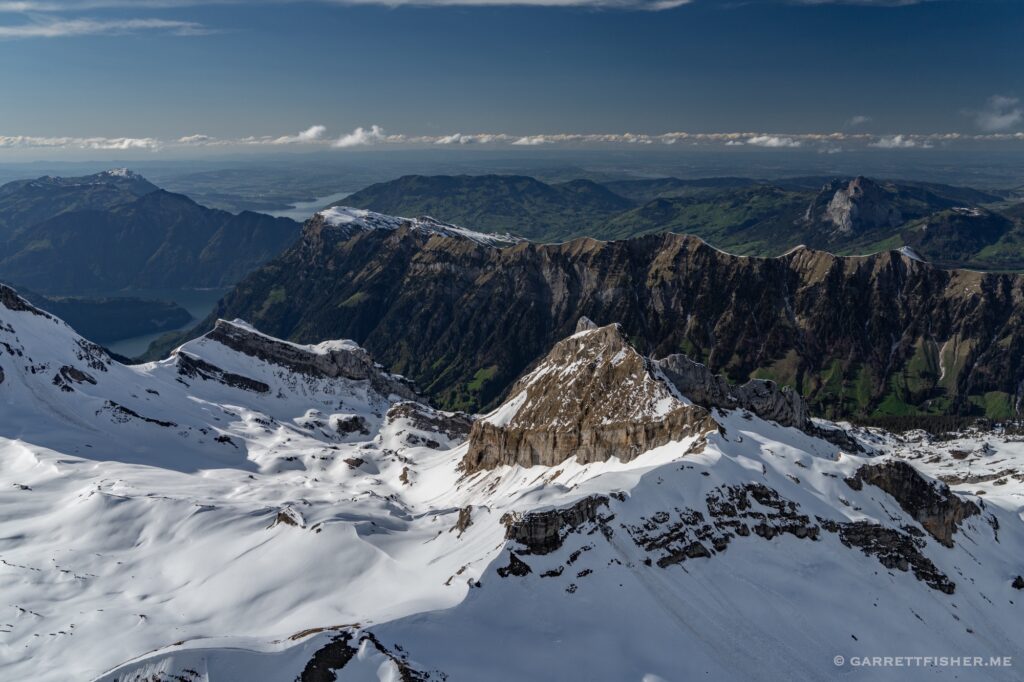 Clump of mountains on the western slope of the Reuss River valley. 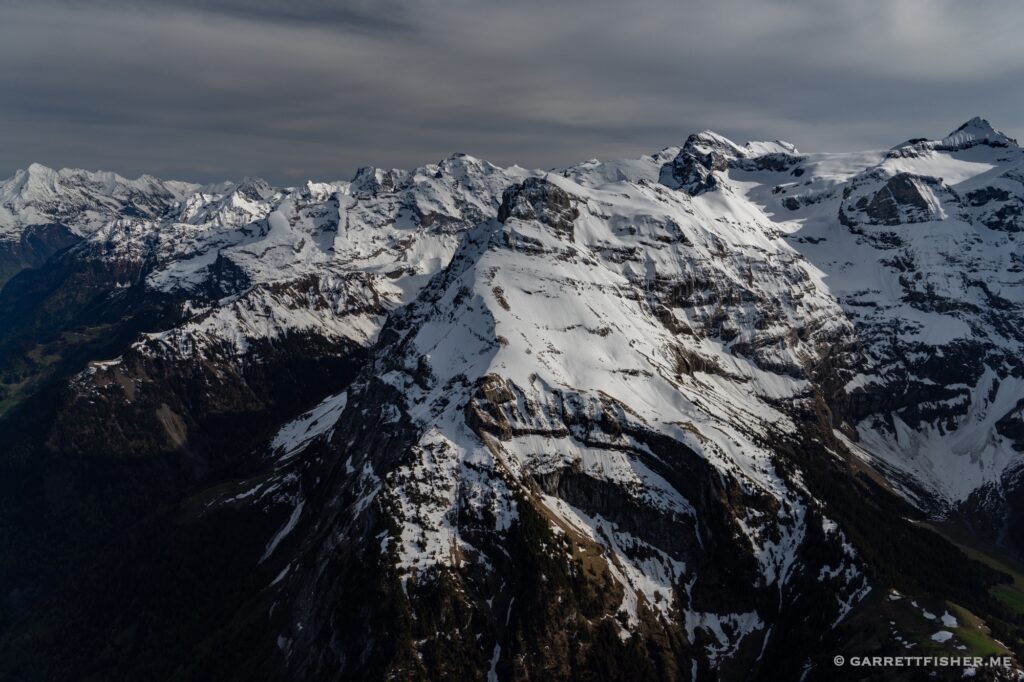 Border of the “half cantons” of Obwalden and Nidwalden. 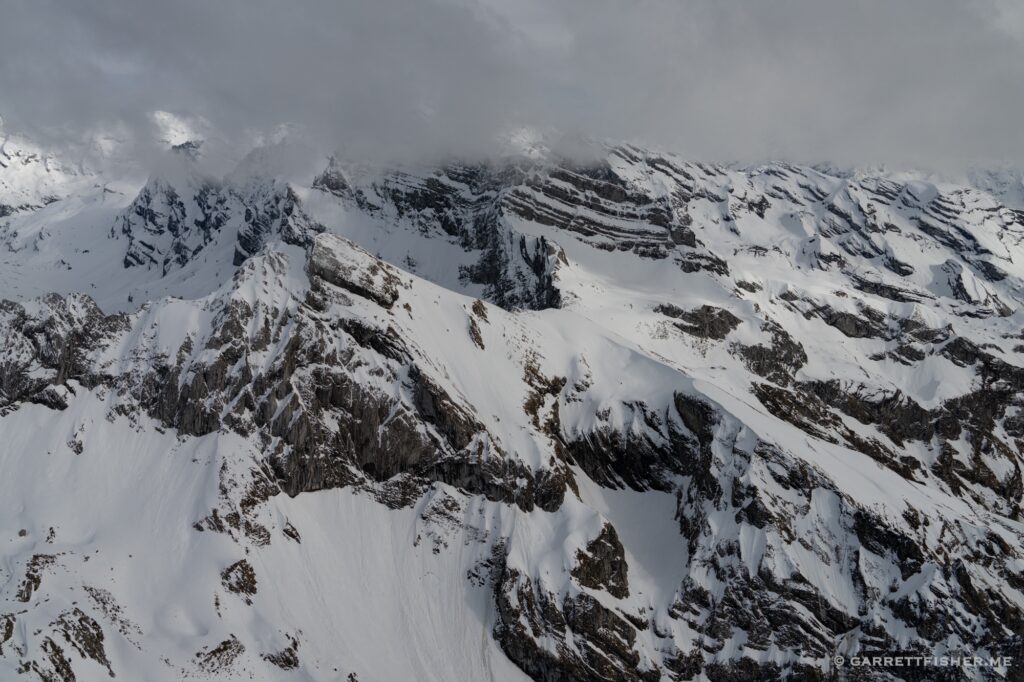 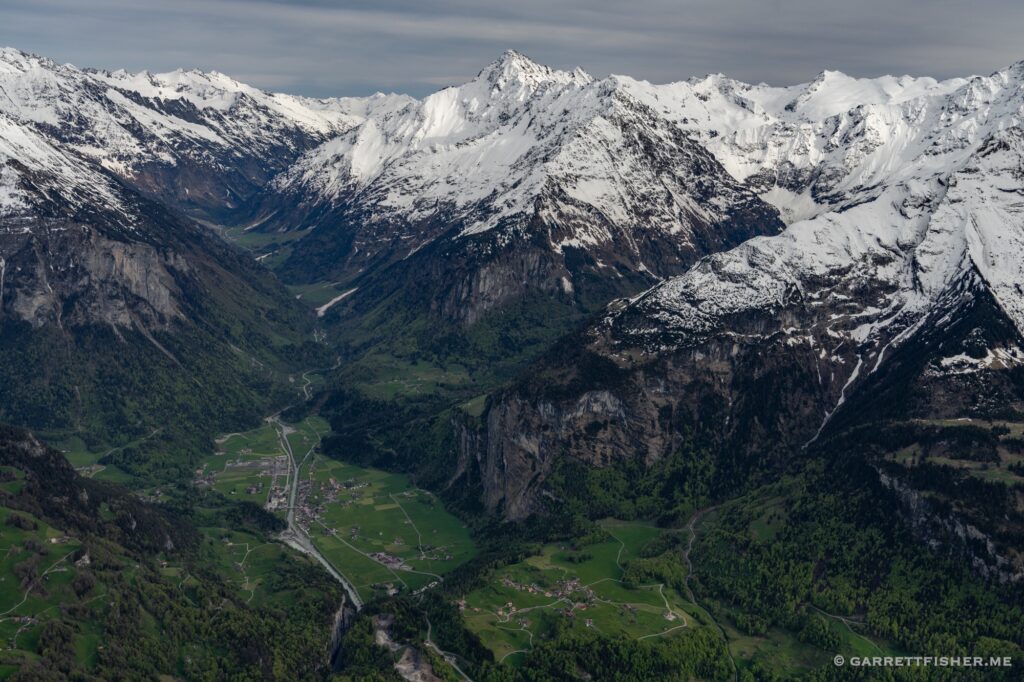 Lauterbrunnen, valley of death with the Jungfrau. 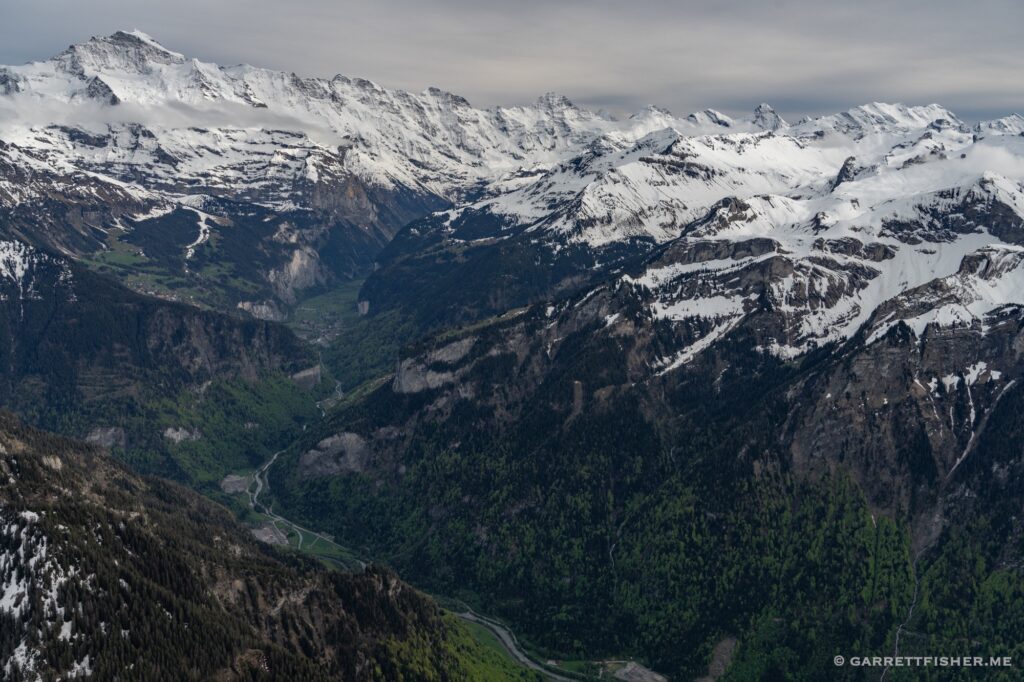 On approach to Saanen with a sore ass. 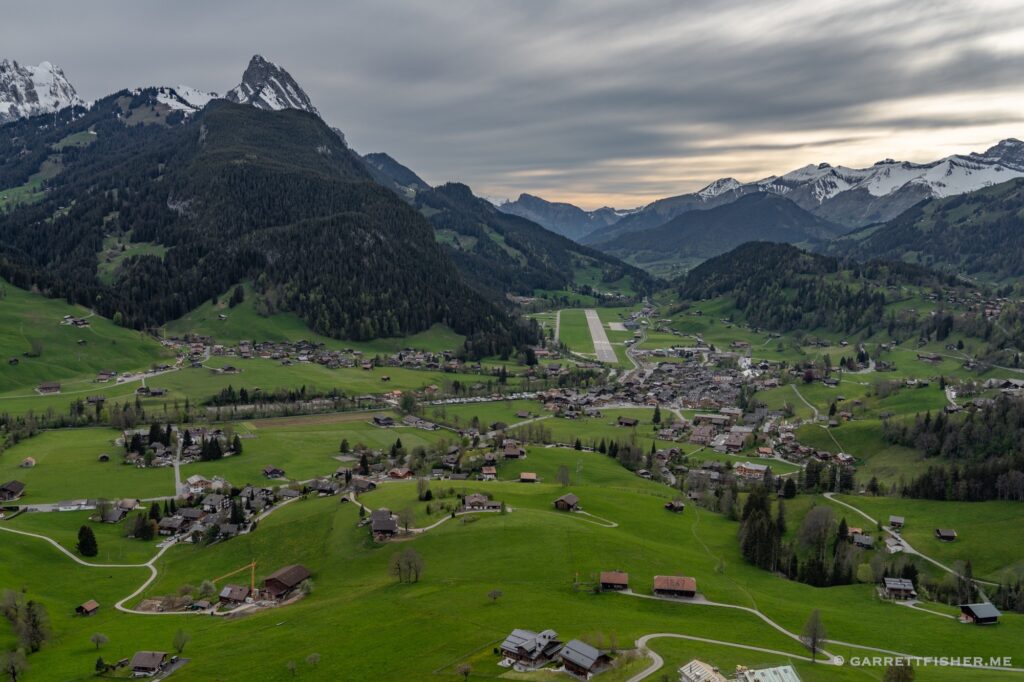