I am running a bit behind here with the blog, the obvious fact being that the photos take place in the autumn, while it is yet late winter, and the that a few nudniks have been whining that they can’t keep track of my current exploits from the blog without having to undertake the unpleasant task of interacting with me directly. It has been a hell of a winter with additional tragedy and aggravation that I will spare getting into, though suffice it to say that my flying slowed down for a while and I will be able to catch up the timetable soon enough.

Our return to Spain was planned, as the expectation was to be in Switzerland for a few months. An epic adventure that it was, I sadly found myself leaving in advance of some incoming storms.

I had successfully flushed out initial concerns about my grandfather’s recent passing, finding myself somewhat numb during the nearly six-hour flight, focused on getting the job done, which was a success with only one fuel stop due to tailwinds. While it cost roughly 6 hours and $140 to get to Spain with the Cub, it cost $600 and 24 hours to take two trains, two taxis, a flight, a hotel shuttle, and a short walk to get back to the chalet before our departure some days later in the car. It’s funny how an old and slow airplane can beat modern public transportation at times.

Climbing out from Sion, Switzerland. 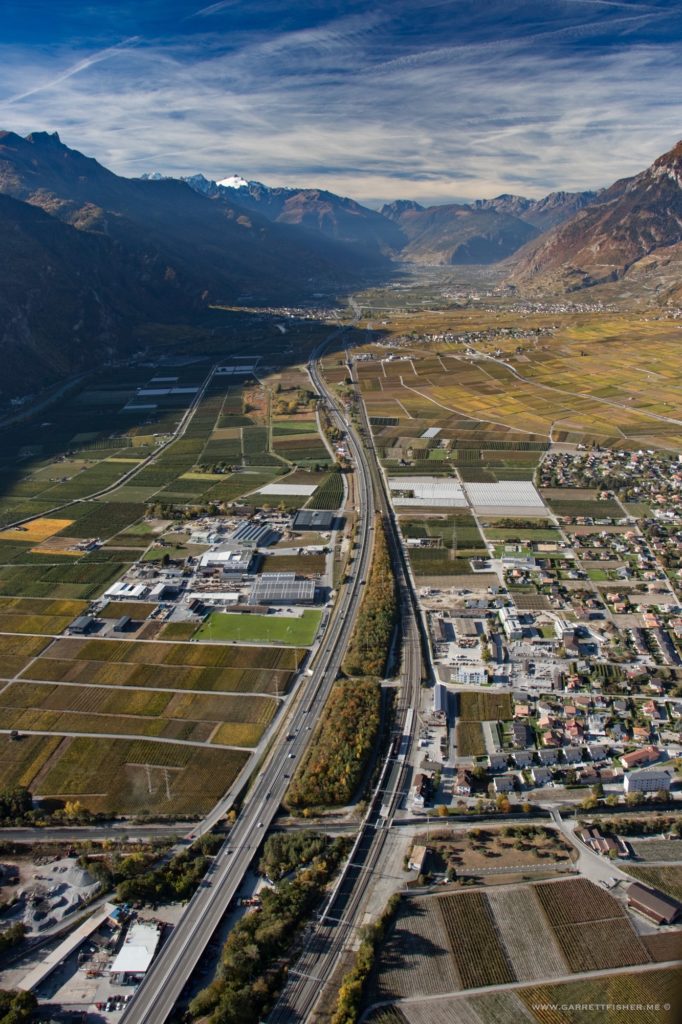 Crossing the border into France. Winds were light, so I snuck low through the pass toward Chamonix. 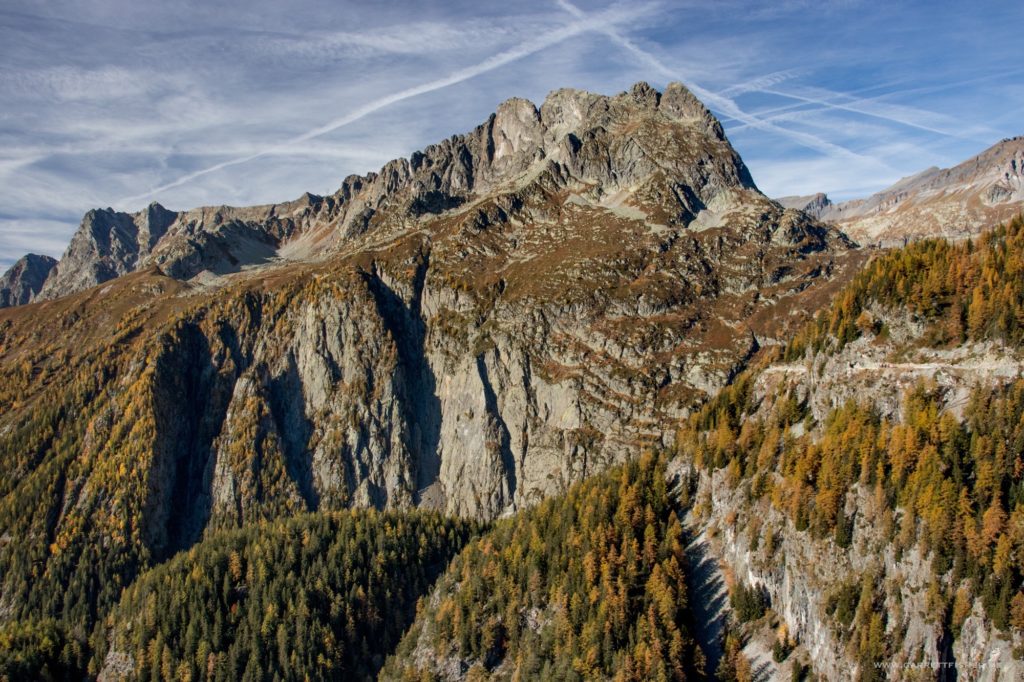 Rounding the bend with Mt. Blanc in the rear. Larch trees are in color. 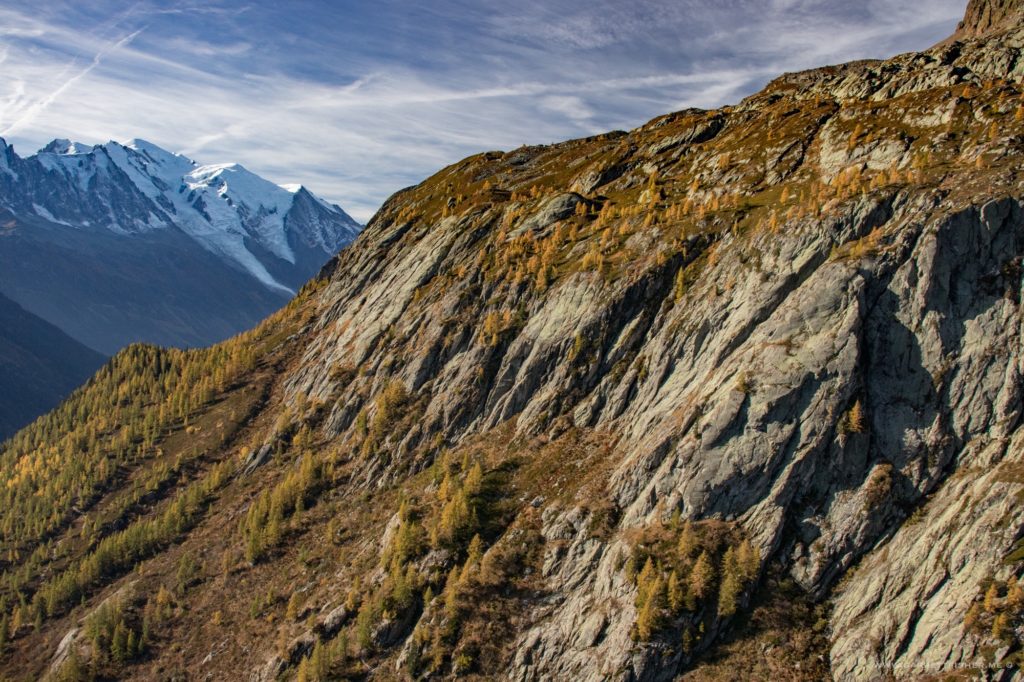 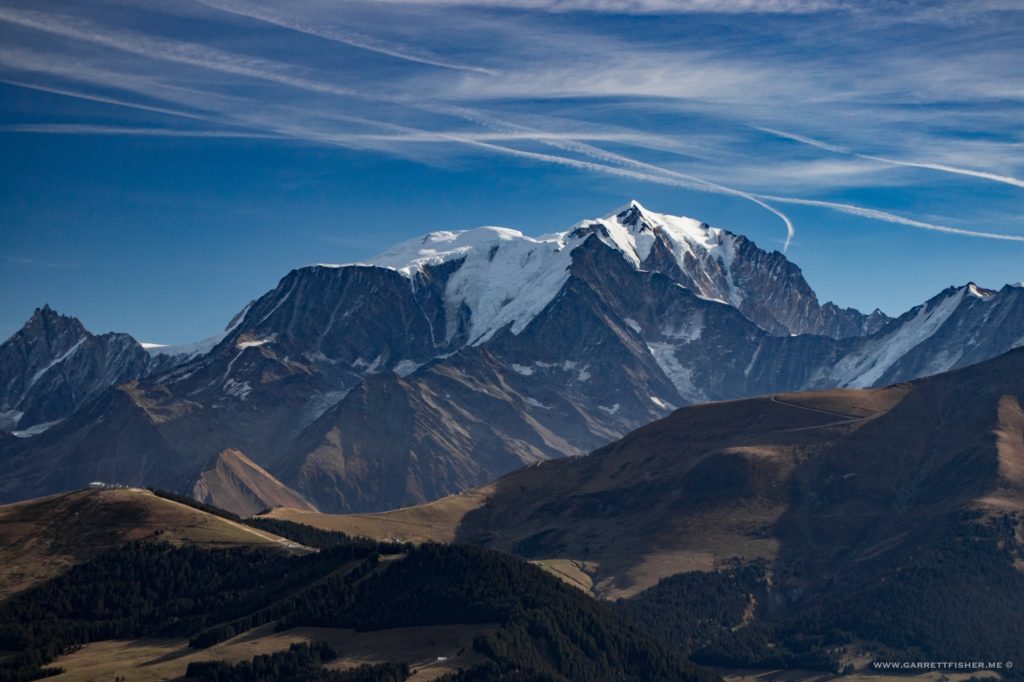 Looking back at Mt. Blanc again. 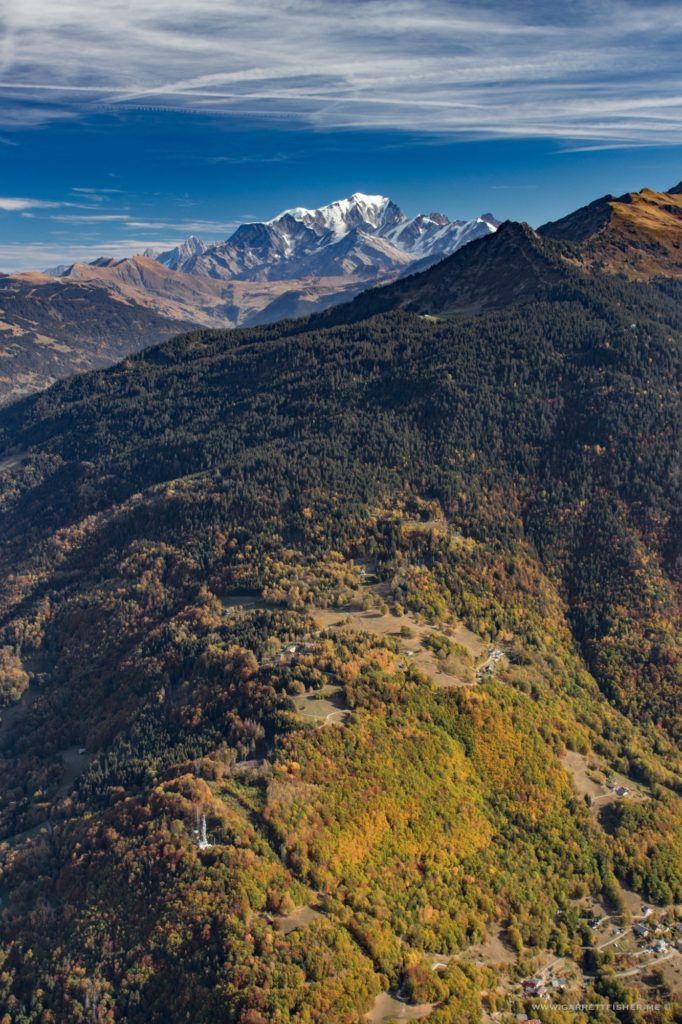 Getting closer to Grenoble, with famous poor air quality in the valleys of the Pre-Alps. 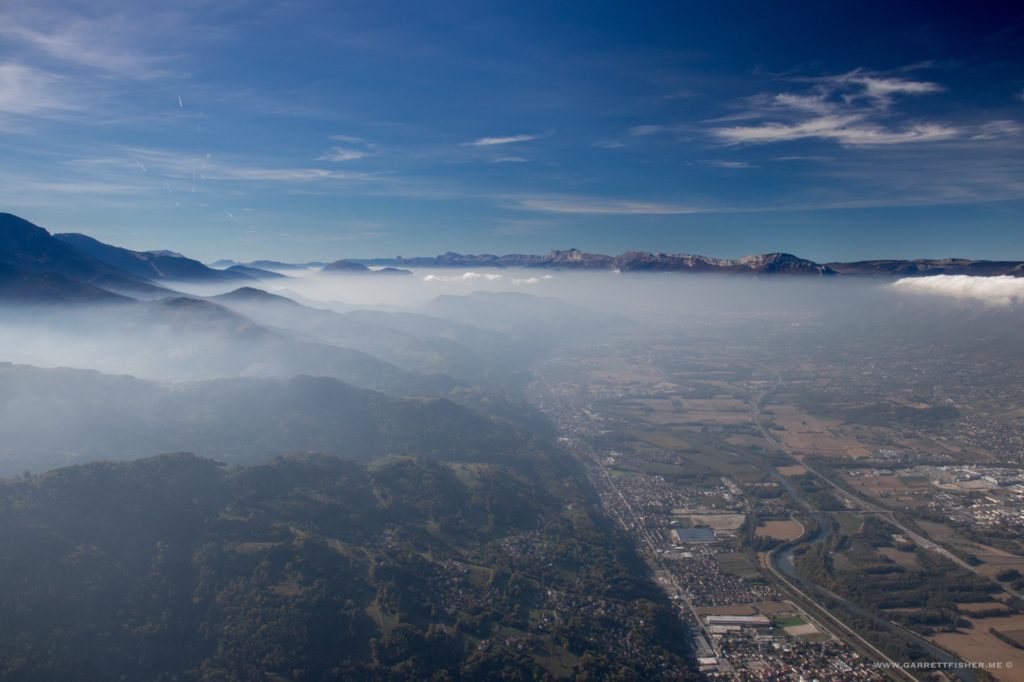 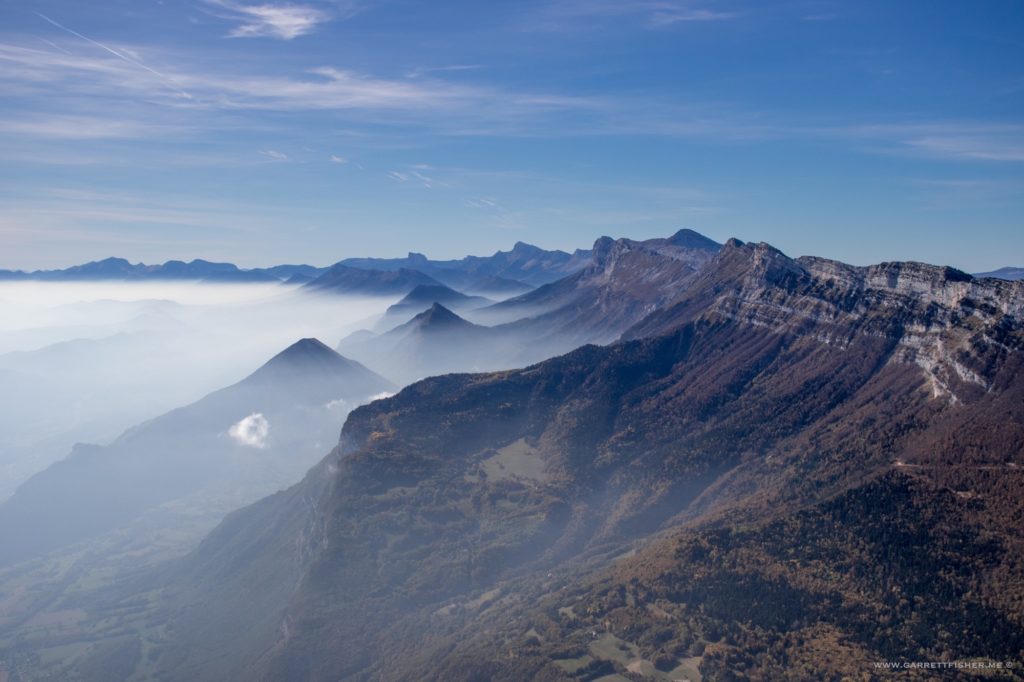 What’s on the other side. The clouds on the horizon are over my intended fueling stop in Valence. 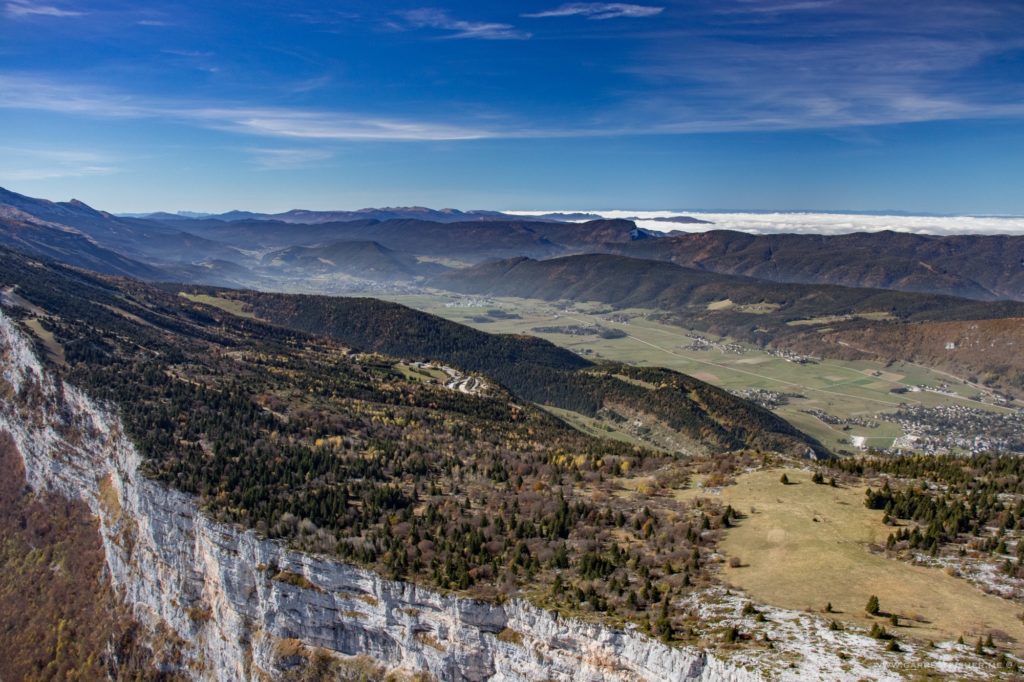 At least there are holes in the clouds, so I can circle down. 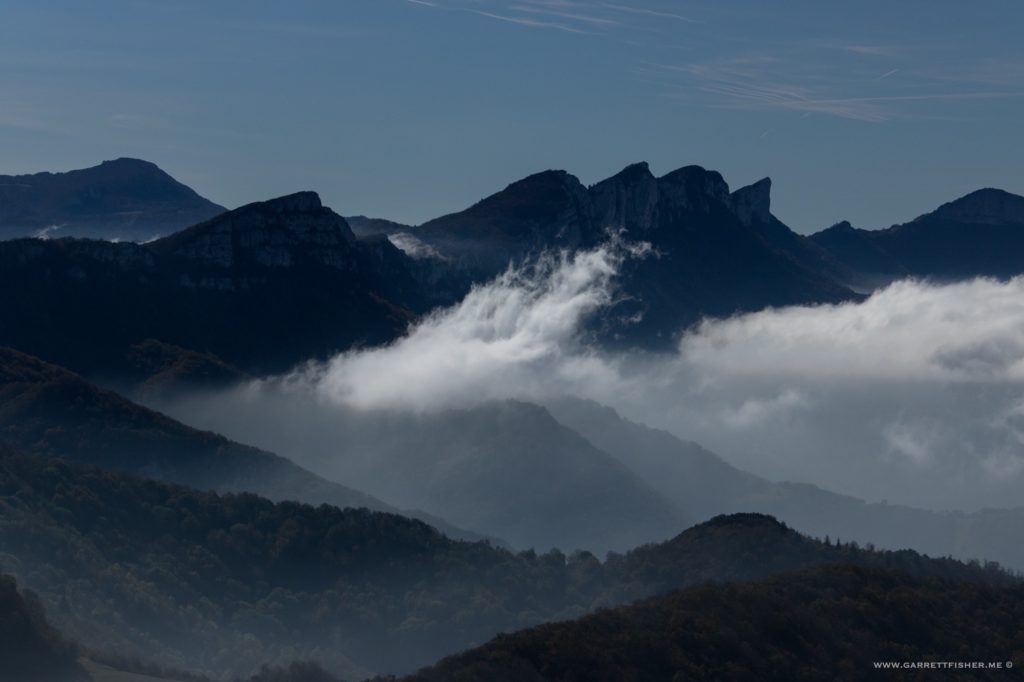 Valence, below the clouds. 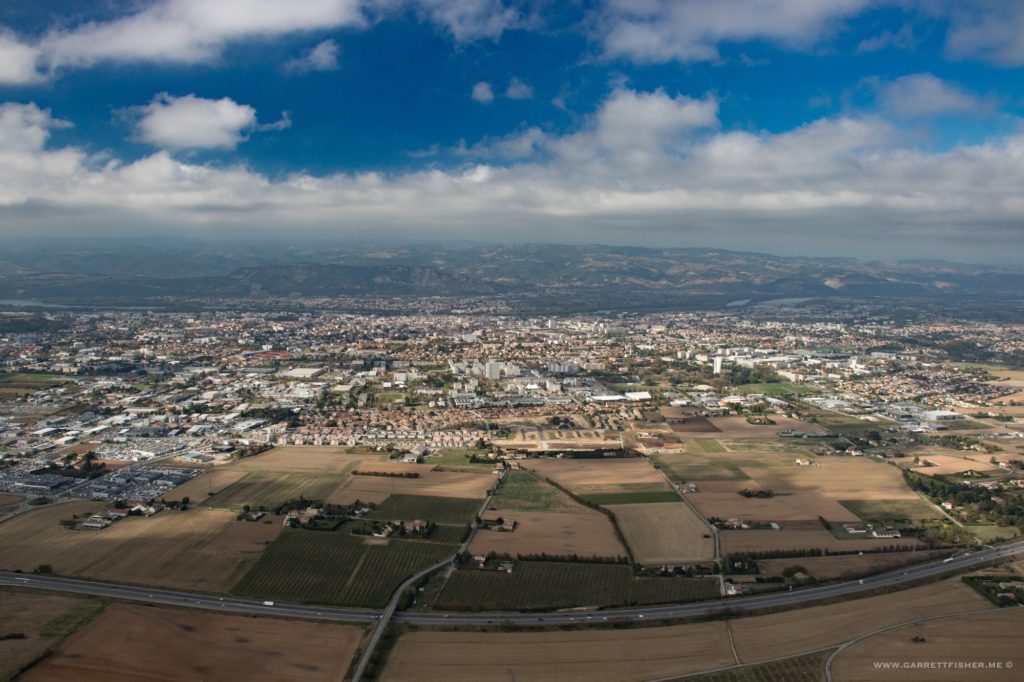 Valence, above the clouds, after refueling. 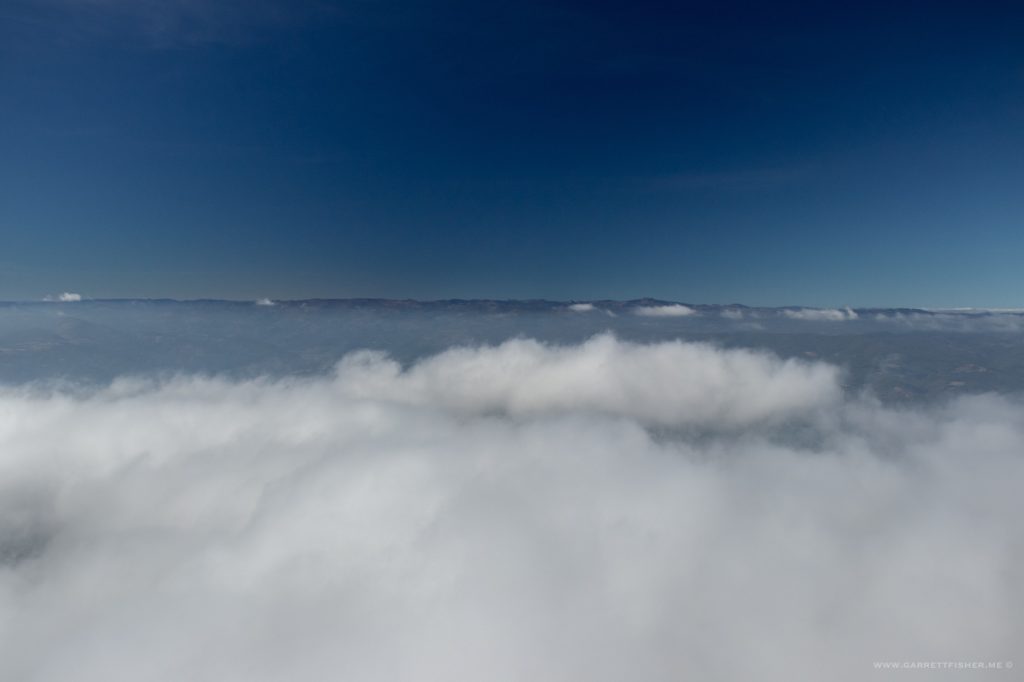 Approaching the southeastern Massif Central. On the way from Germany to Spain, I went along the coast. On the way to Switzerland, I went right over the top of the Massif Central. This time, I wanted to ride the somewhat rugged looking edge where it begins its descent to the Mediterranean. In this case, I am showing the semi-arid nature of the place, with hills in the background. Its not terribly impressive on its own, though is a big part of weather in the South of France. 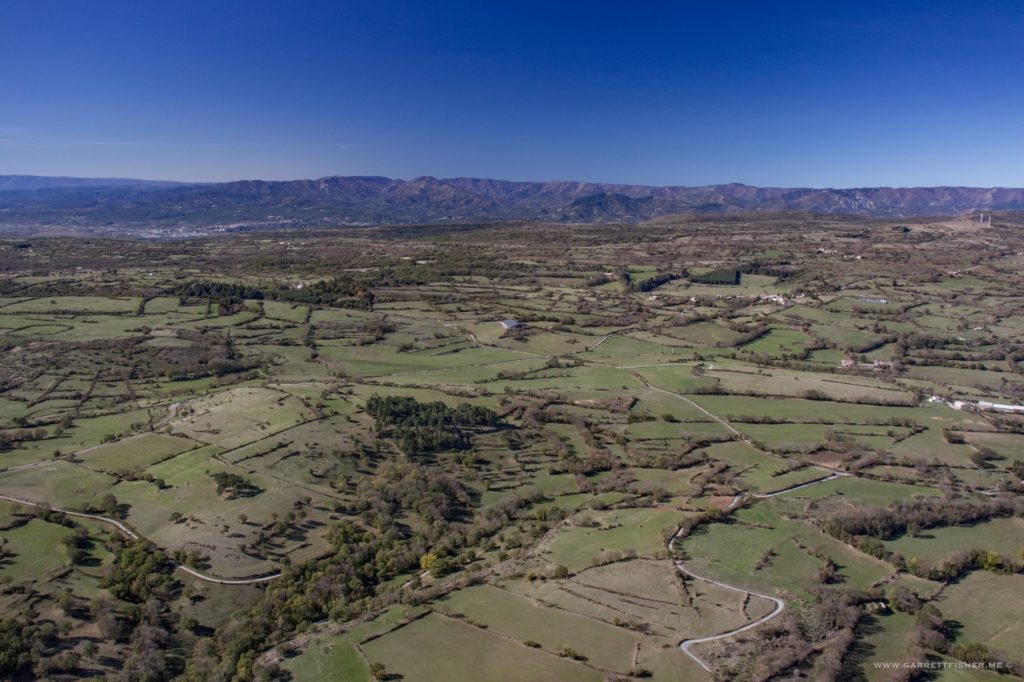 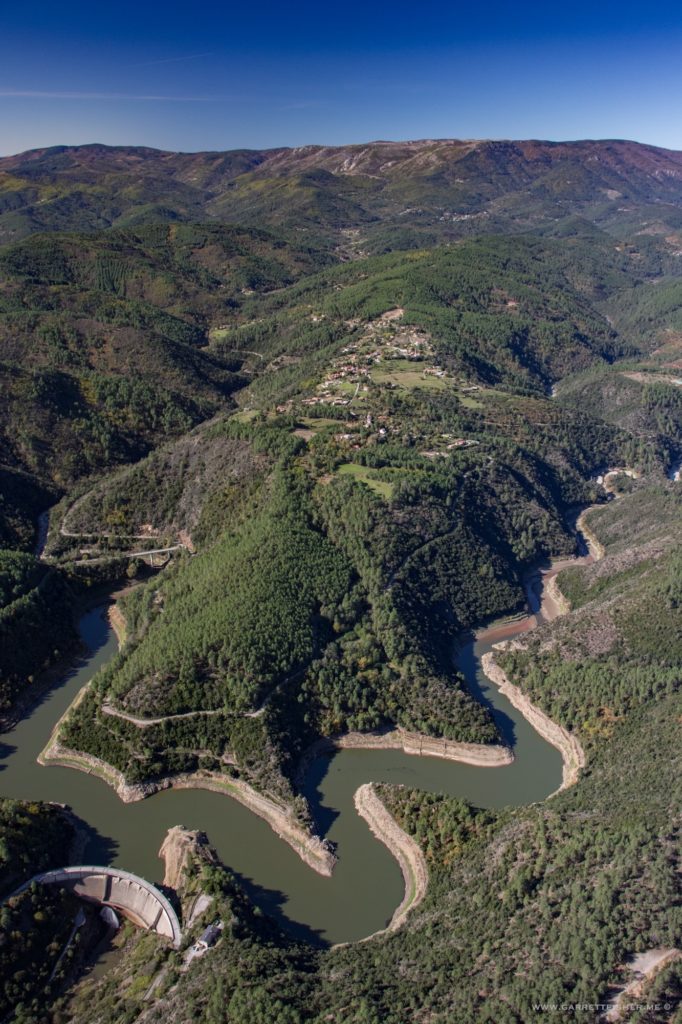 Some sort of bridge for which I am too lazy to figure out where it is. 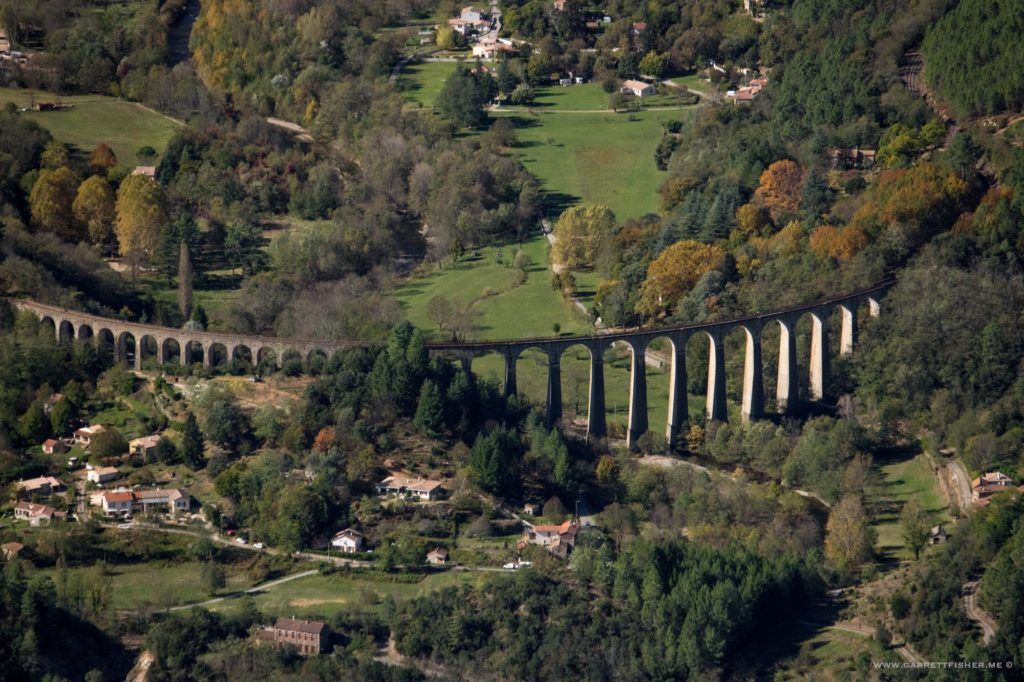 These hills are beginning to look like east Tennessee and western North Carolina. Before someone has the panache to declare that the meth labs and moonshine operations of Appalachia are equal to French culture, I must point out that I have been preached to that the rural hinterlands south of Buffalo, New York, prodigiously near a massive garbage dump, are “similar to the Rhine Valley; that is why the Germans settled here.” Hmmm…nope. Don’t kid yourself. Appalachia, whether the Great Smokies or the northern reaches of the Allegheny Plateau, is not Europe. 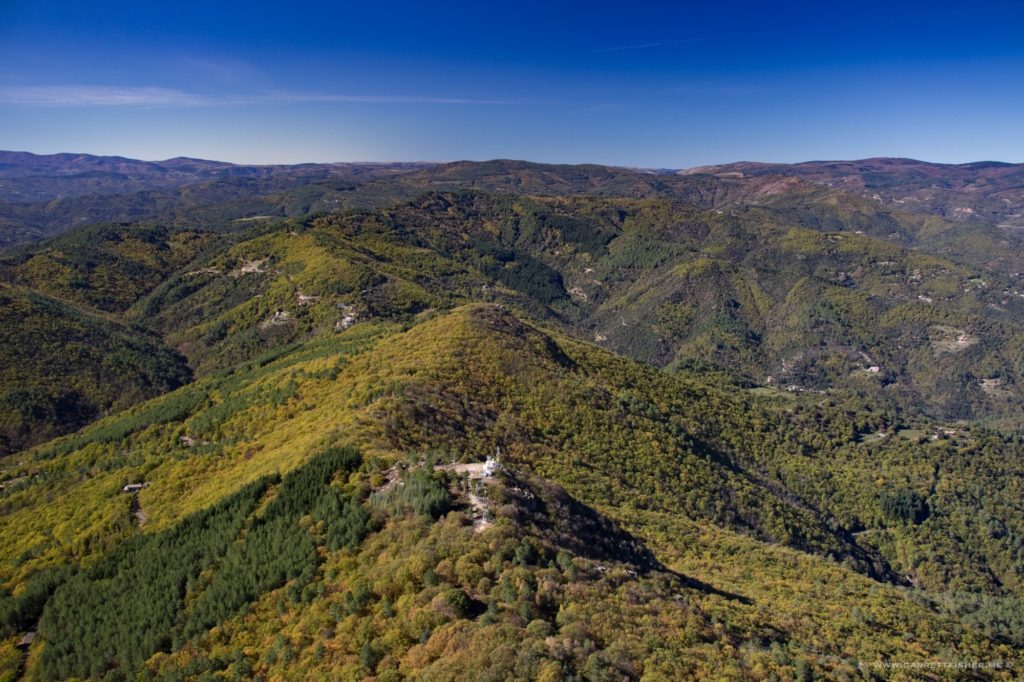 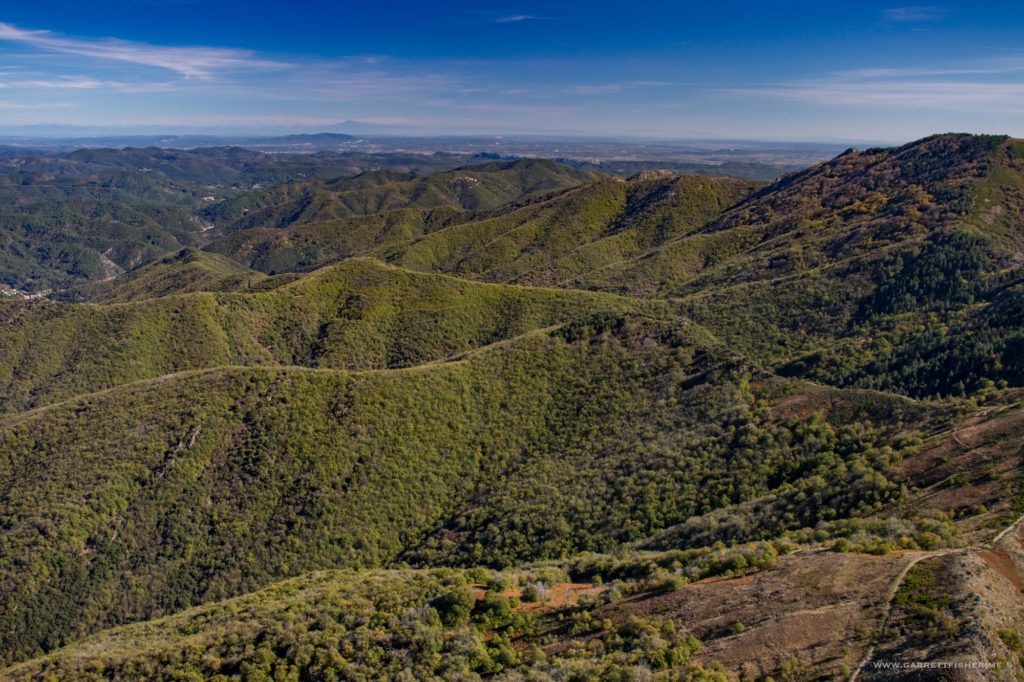 Its a bit too dry and rugged now for the Great Smokies. 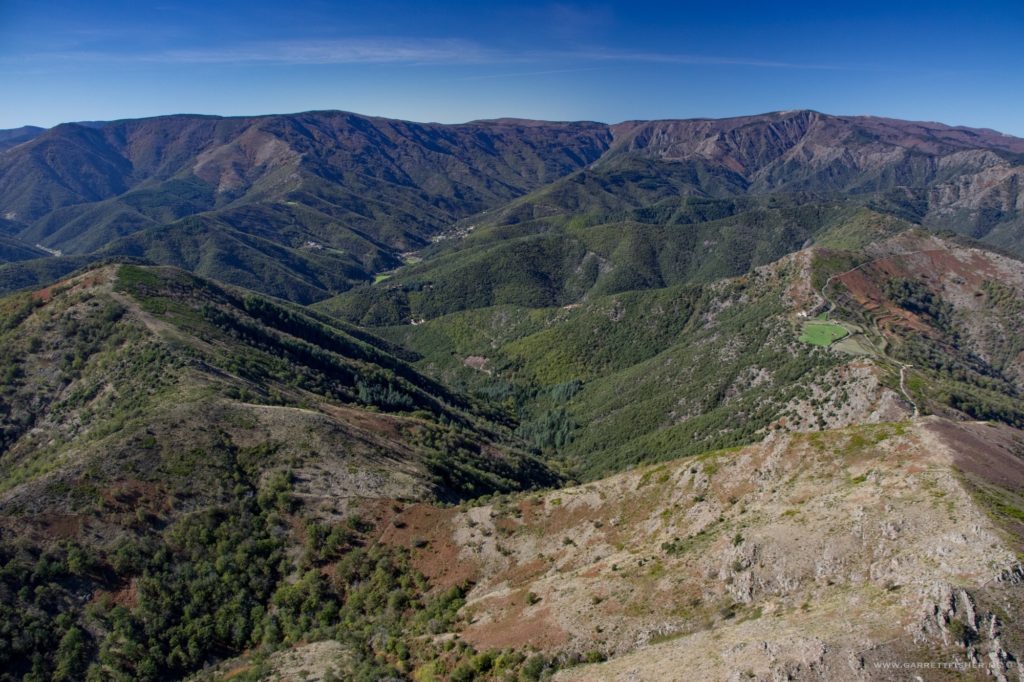 And then it suddenly starts looking like Wyoming or northeast Utah. 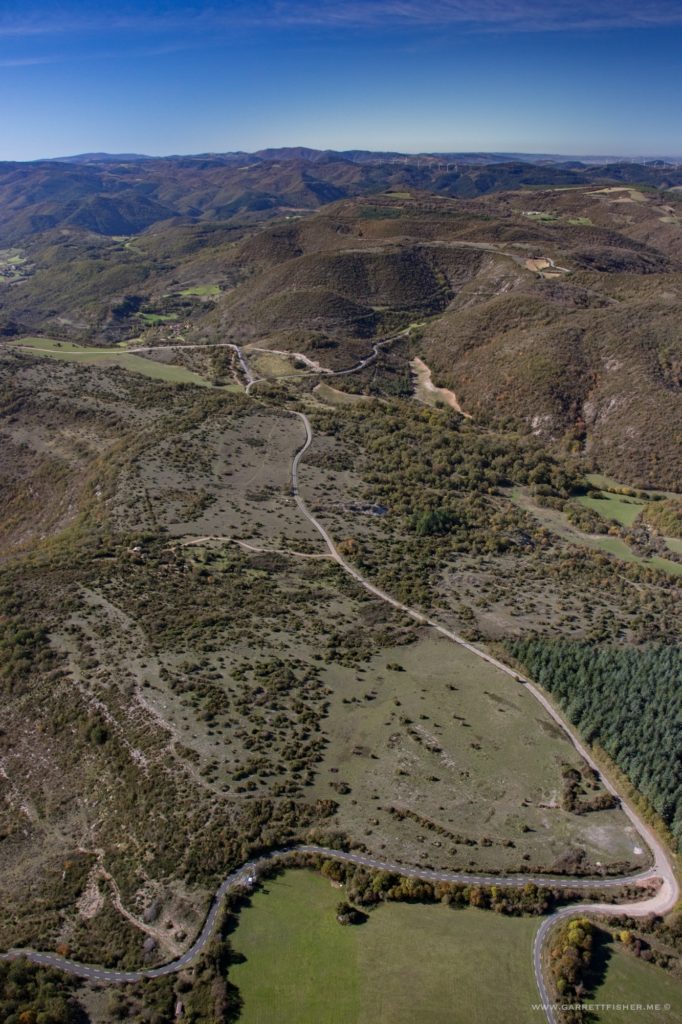 And changes again. For this one, I do not have an American comparison. Why not just call it what it is: the western Massif Central of France? 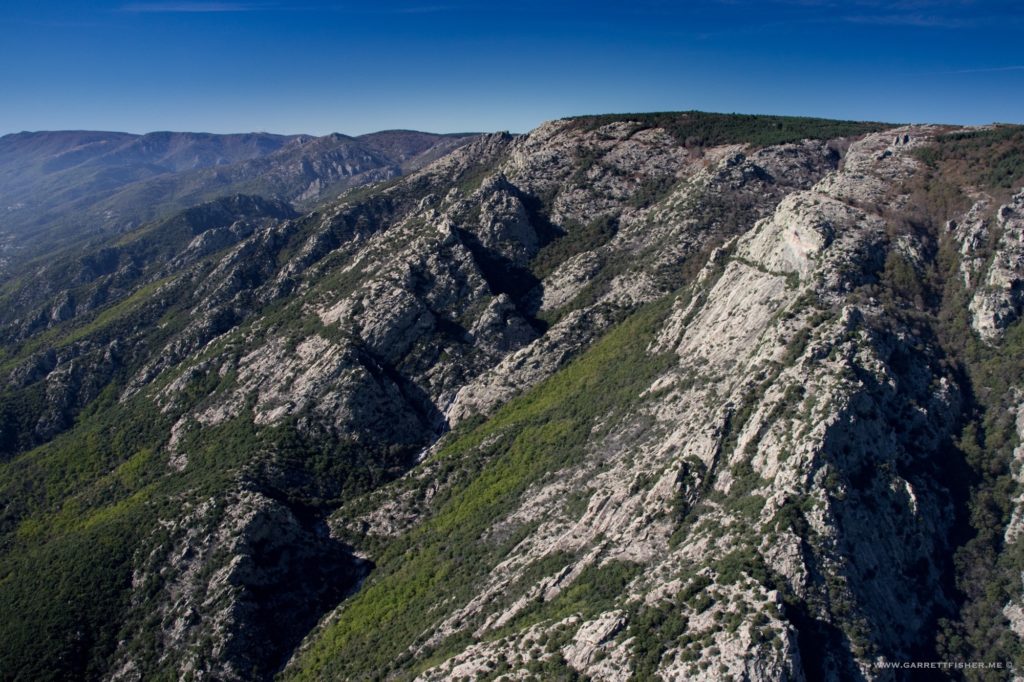 The valley between the Pyrenees and Massif Central, where the Tramontane wind screams. 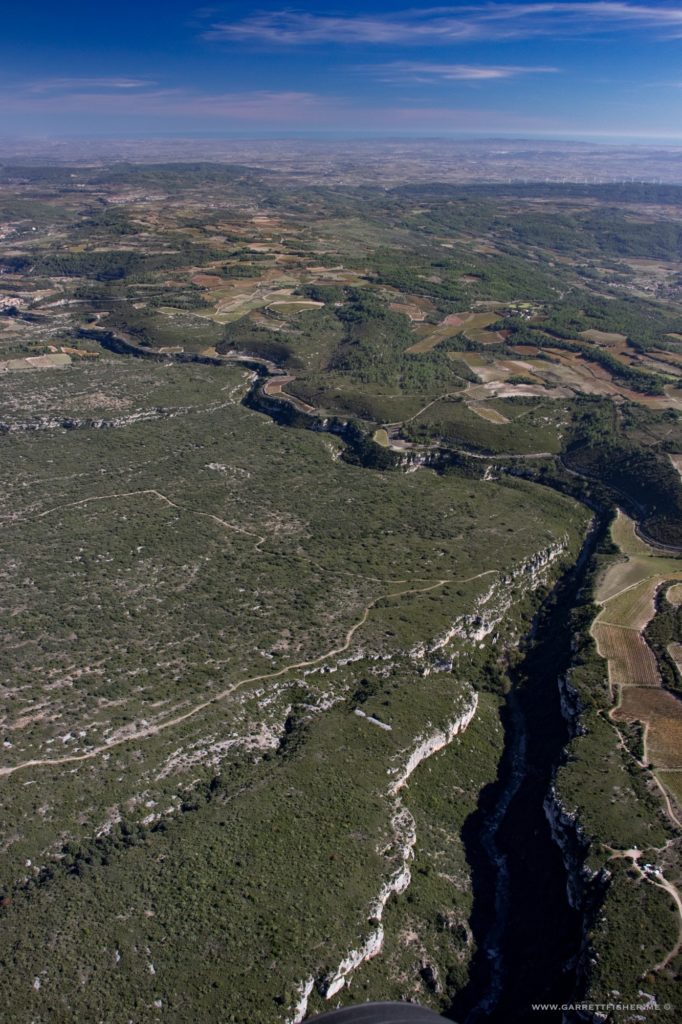 Eastern foothills of the Pyrenees. This particular knoll in the distant center was on my first flight path while escaping the Fatherland. 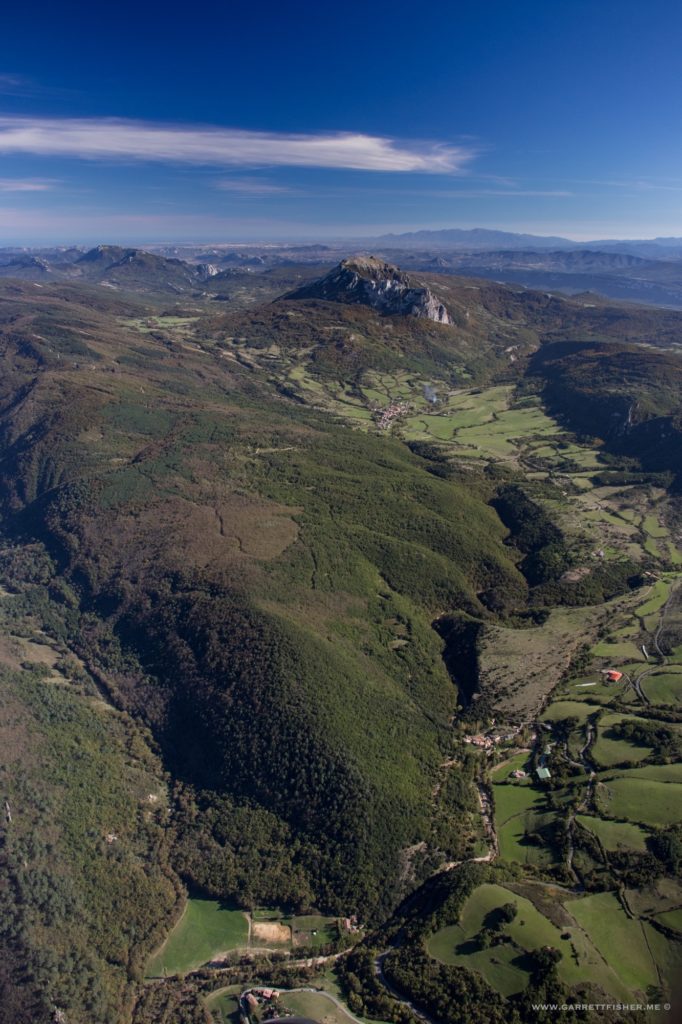 Sneaking over a pass into the Pyrenees. 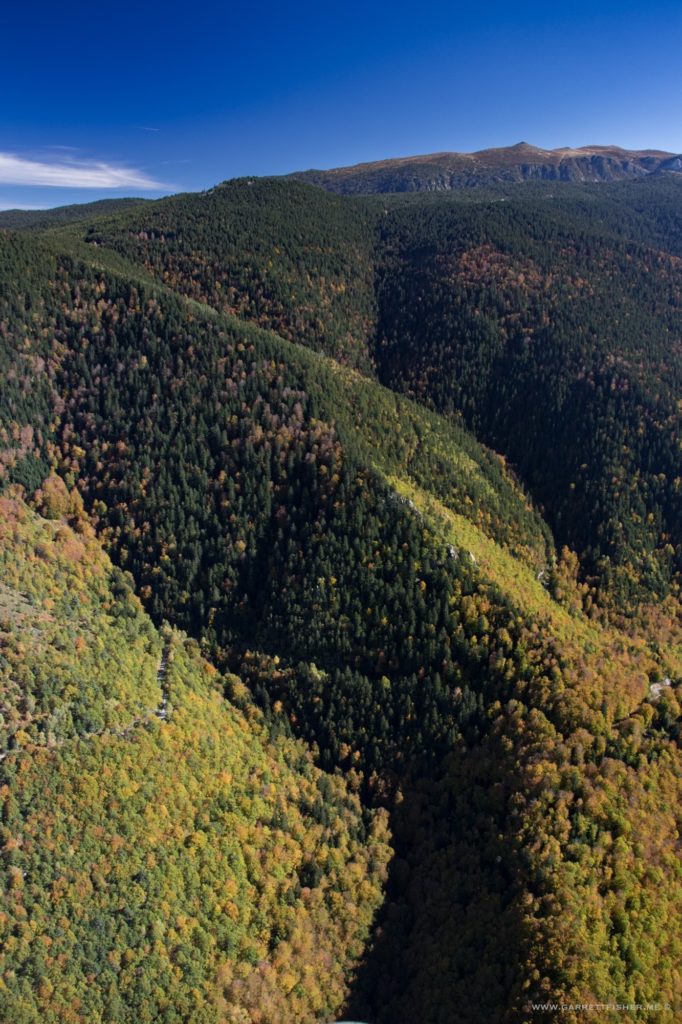 Entering the Val du Capcir, not far from home. 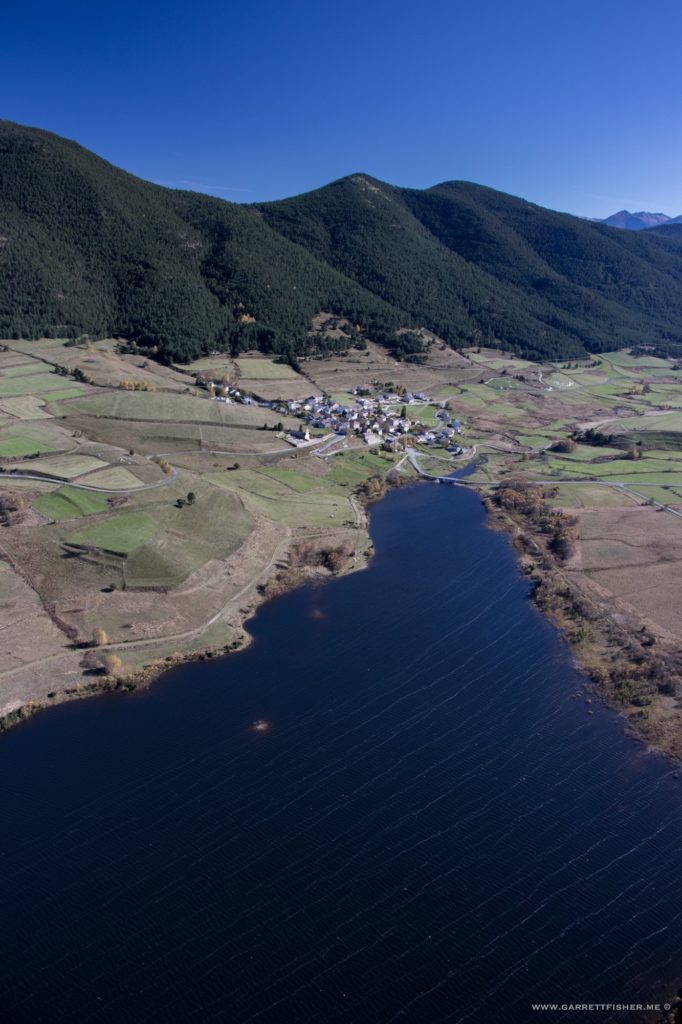 Coll de la Perche, France, about 15 minutes from landing. The forests here remind me a bit of northern Montana, only due to elevation, coverage, and the fact that they are in flat areas. Lets not get ahead of ourselves about either place as they are distinctly different. 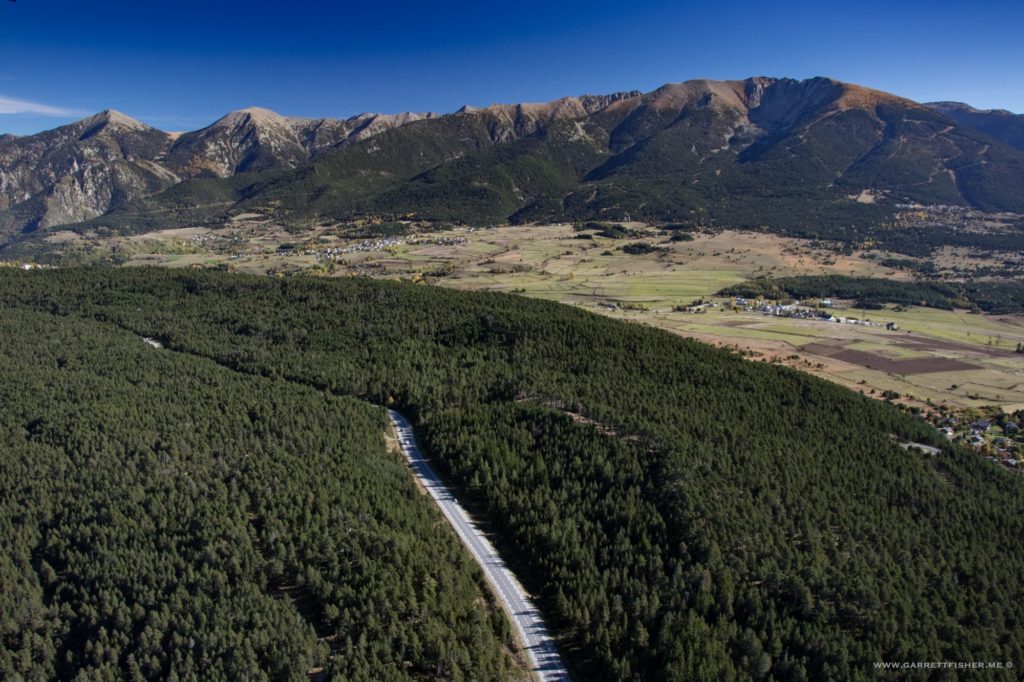