One would think that it snows heavily around the holidays in the Alps. The reality is debatable. Last year during a visit, Gstaad was devoid of snow. This year, it has been plentiful quantities of rain. Dreaming of a white Christmas? You’ll have to find a high-altitude chalet and pay for it.

The flight on this post took place during an early season snowfall, where I was lulled into a belief that winter meant snow in the Alps (at least where humans are; the summits are loaded with it). From what I have read, it is the warmest December in Swiss history, with the single highest temperature in the entire month, in the entire country, recorded at 20.1C, on the north side of the Alps. What does this portend for the rest of the winter? I’d venture to guess that a continuation of the south side of the Alps getting slammed with precipitation, as it has occurred since autumn. Much like Spain, it could be anything from the rest of the winter finishing as warm and annoying, or it could rapidly switch and have weather systems attempt to asphyxiate inhabitants of alpine valleys with meters of snow. In 2018, winter in the Pyrenees went from bone dry, with nearly months of no snow even at the summits, to 76cm/2.5 feet of snow in one storm, down in the valley, which hadn’t happened in decades. 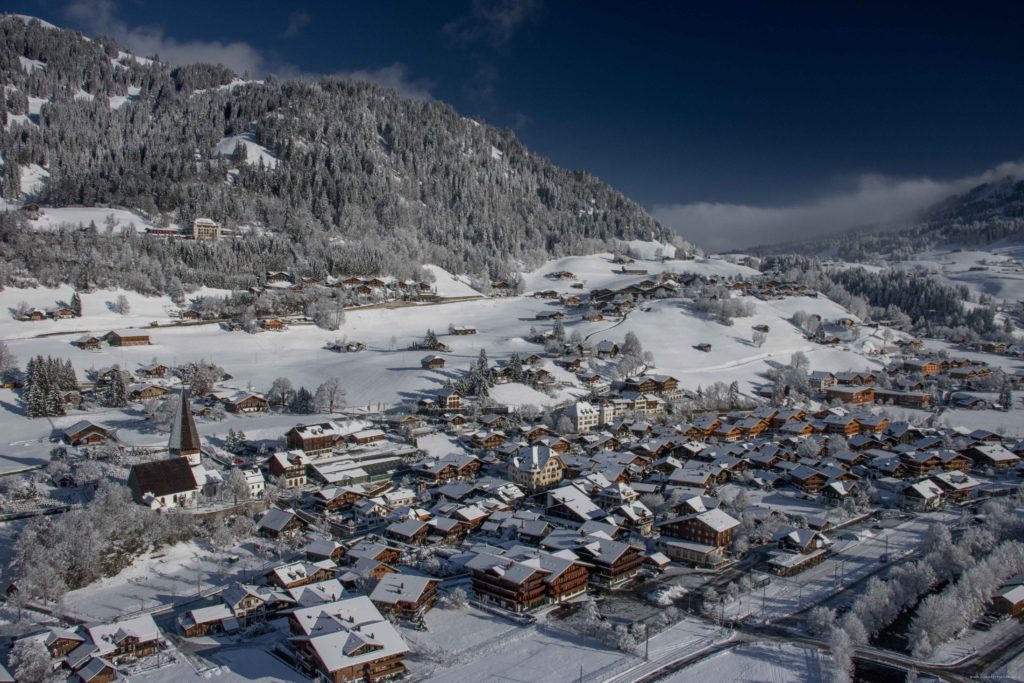 Gstaad. I recently read an article about Christmas in Gstaad, written in 2015. It was obviously dated as it presented Harvey Weinstein frolicking on the promenade browsing English-language books as a good thing. 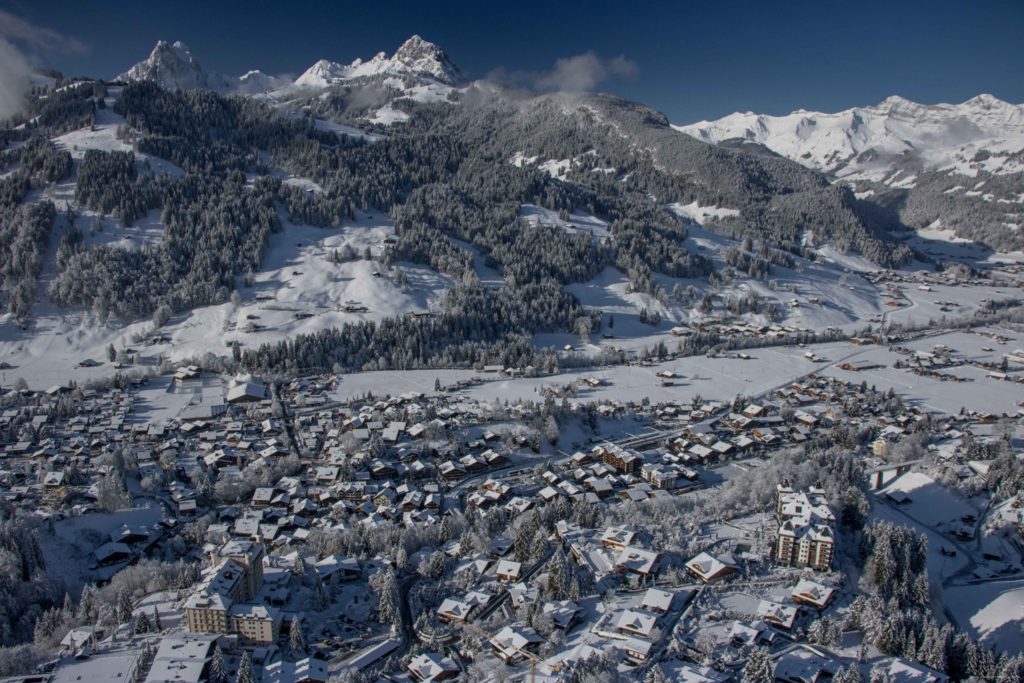 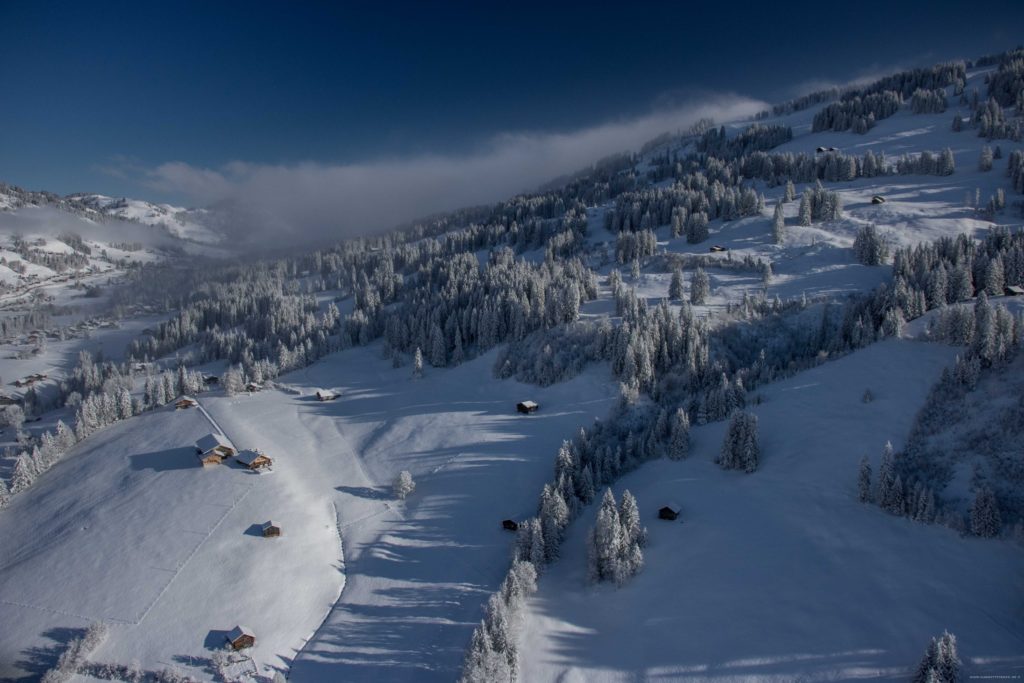 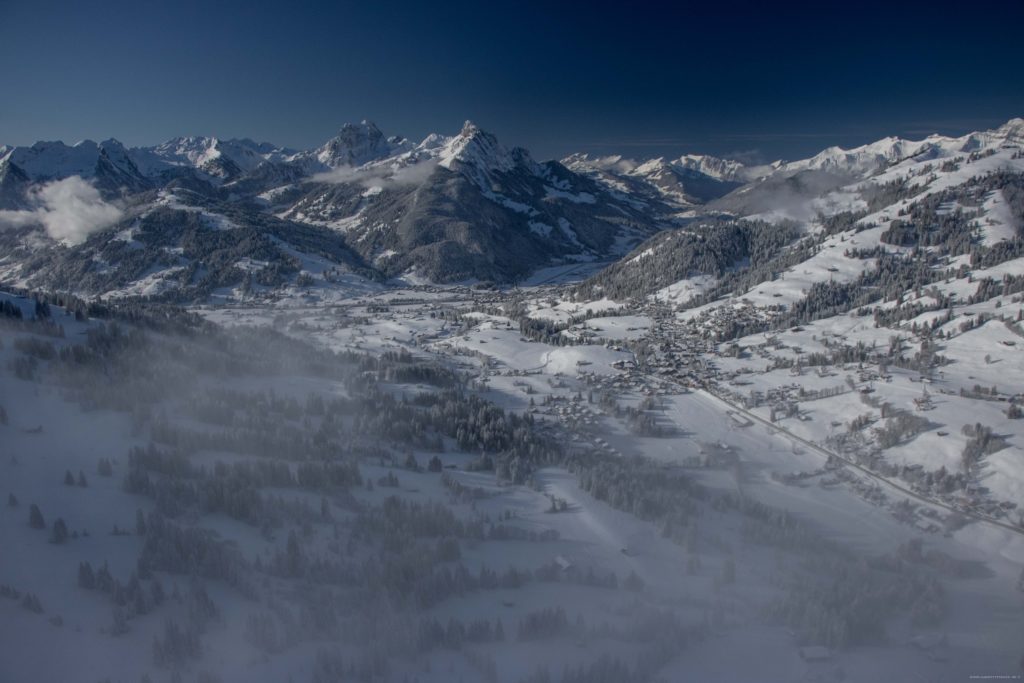 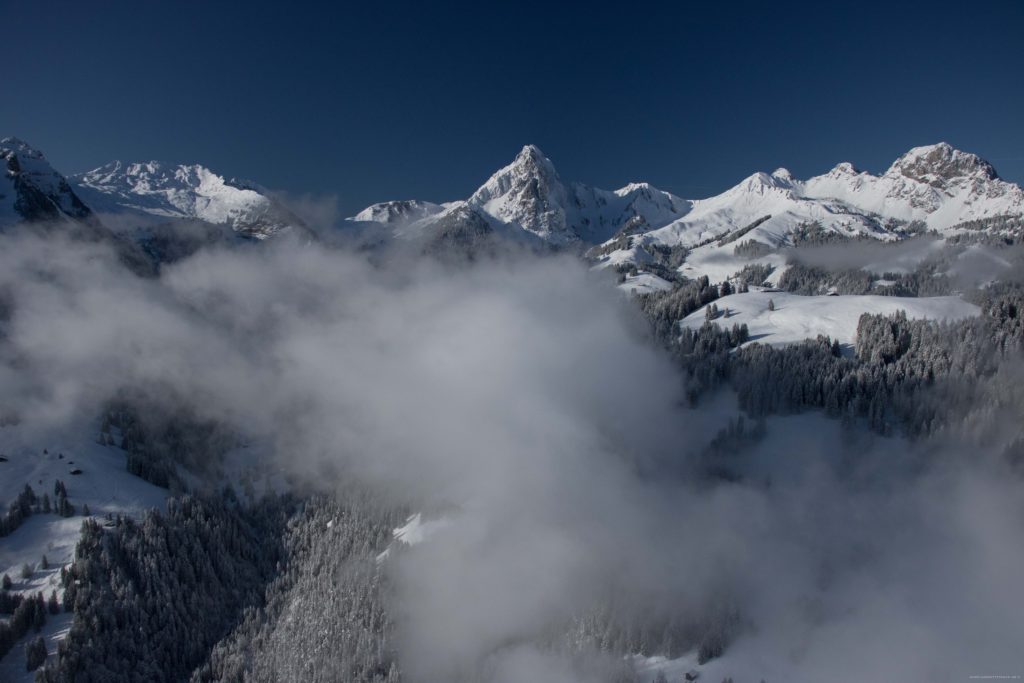 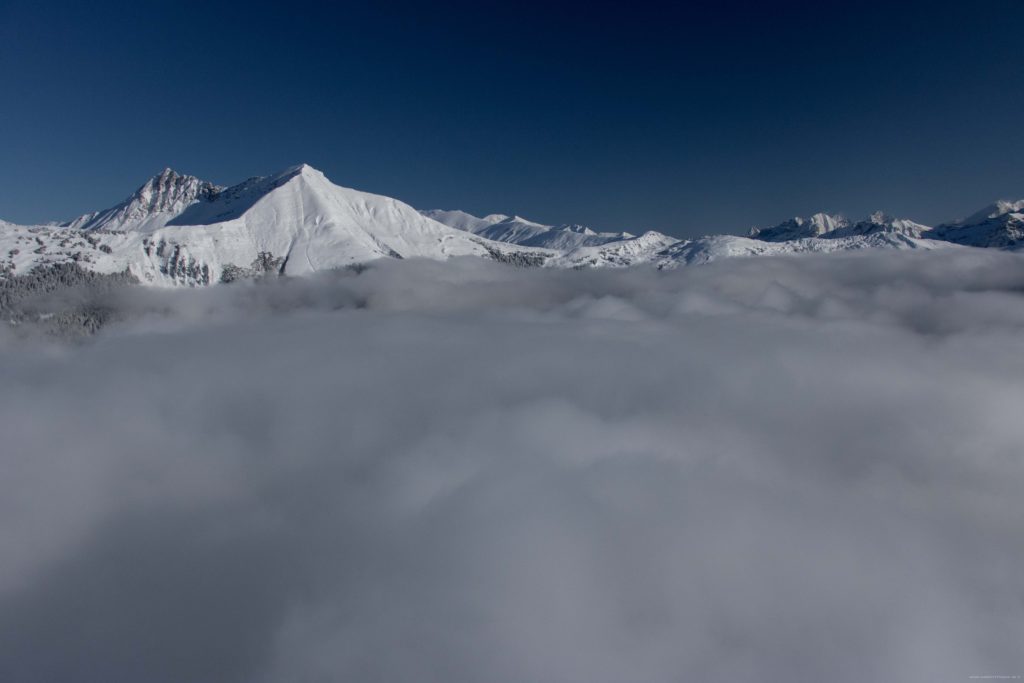 Why not go from ‘VFR on top’ in the Alps to a hole in the clouds, where I can proceed up a snowy box canyon? Gsteig. 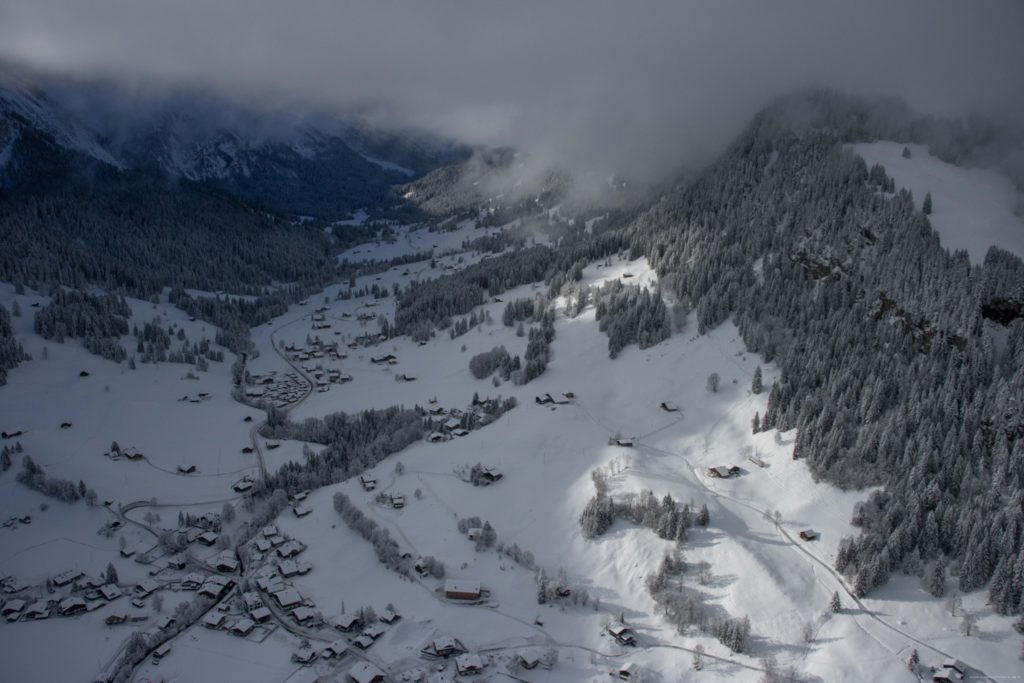 Amen. Nothing like a 5000′ wall of rock at the end of the valley. I rode a cable car up to the pass on the right with my wife over the summer. It was very steep and very high, and I attempted to alleviate her nervousness about our impending doom by noting that “if the cable snaps, we get a Bernese death certificate.” A British tourist crammed in the gondola found it eminently amusing. 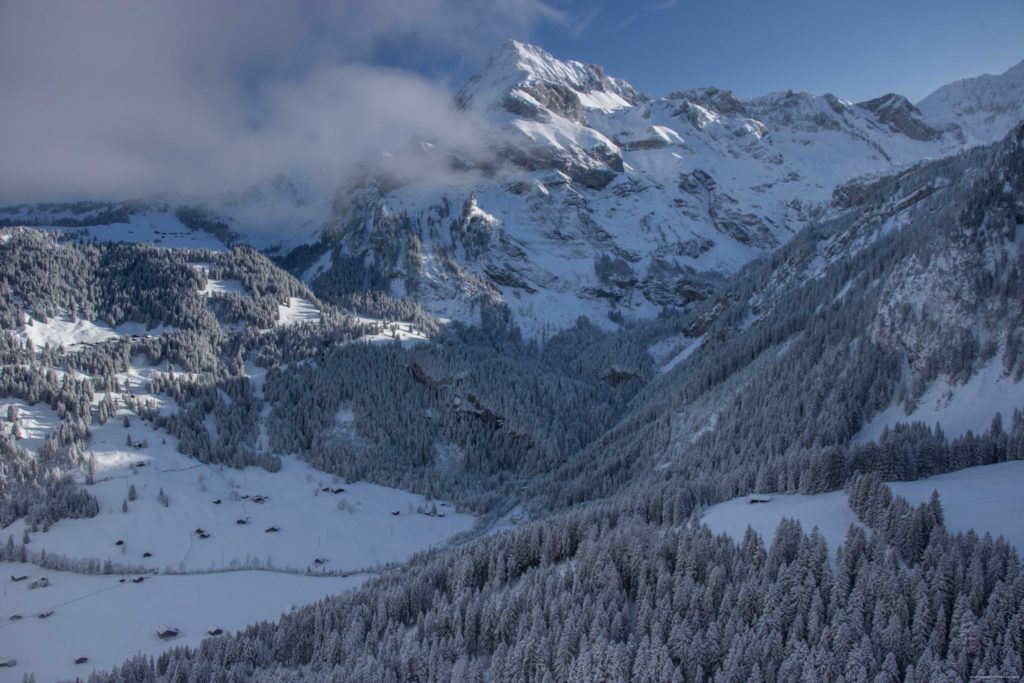 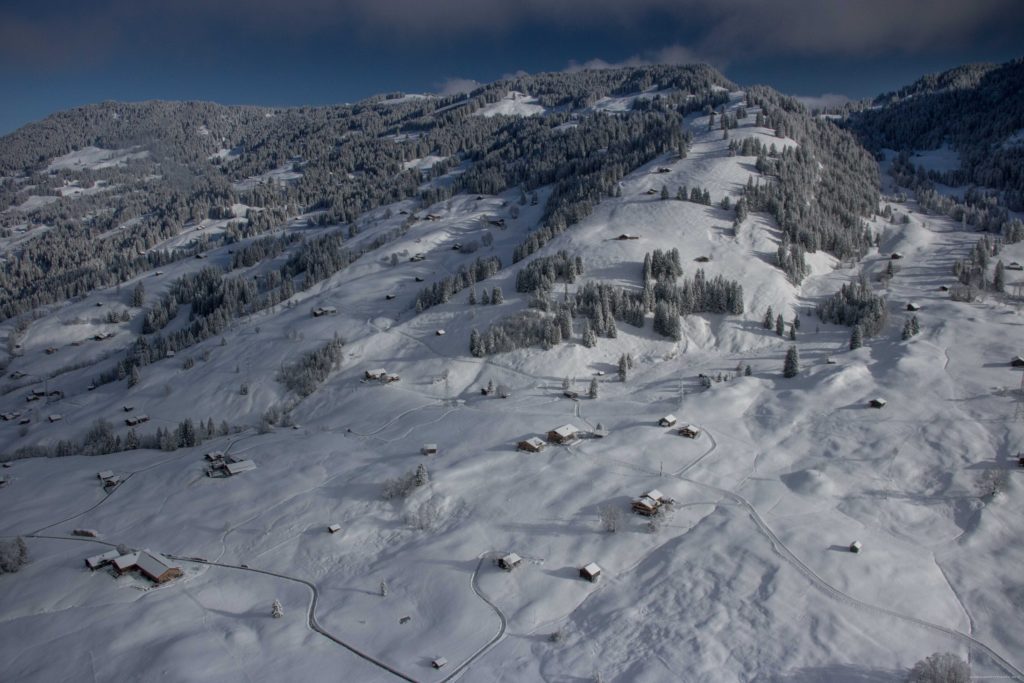 Gstaad Airport looking toward the canton of Vaud. 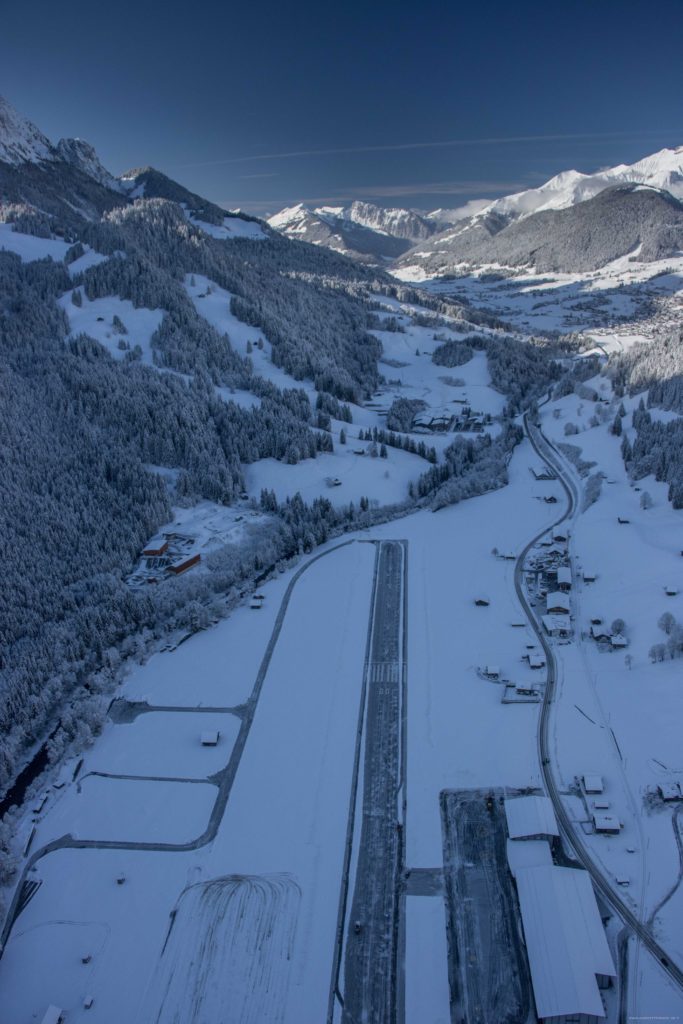 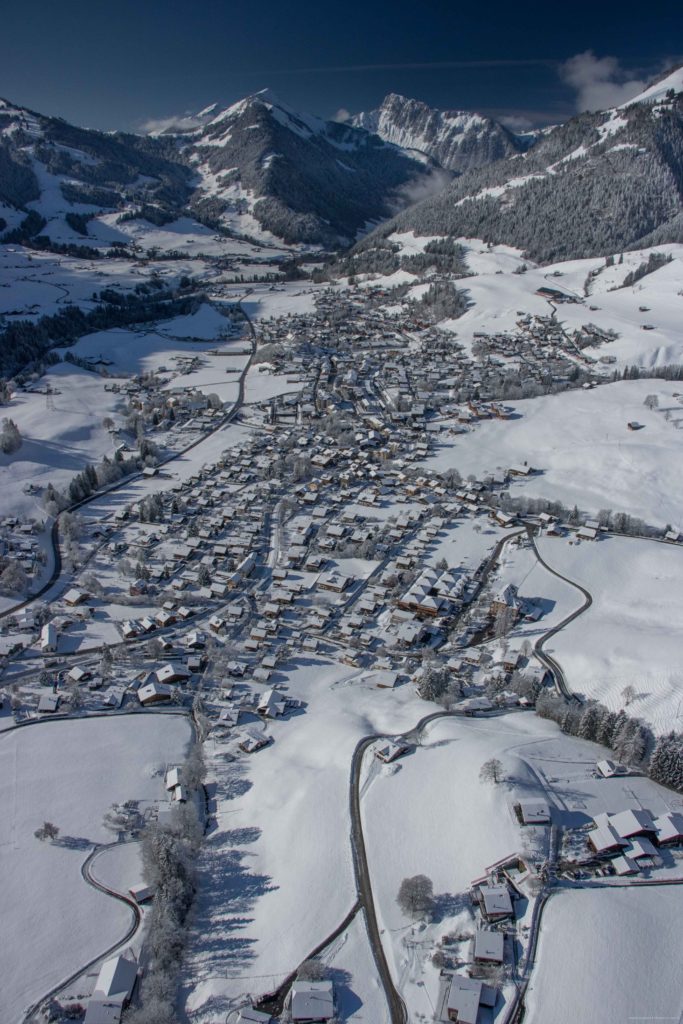 L’Intyamon. Unceremoniously, the snow goes away due to temperatures. That is the rain layer. Seattle below, Colorado above. 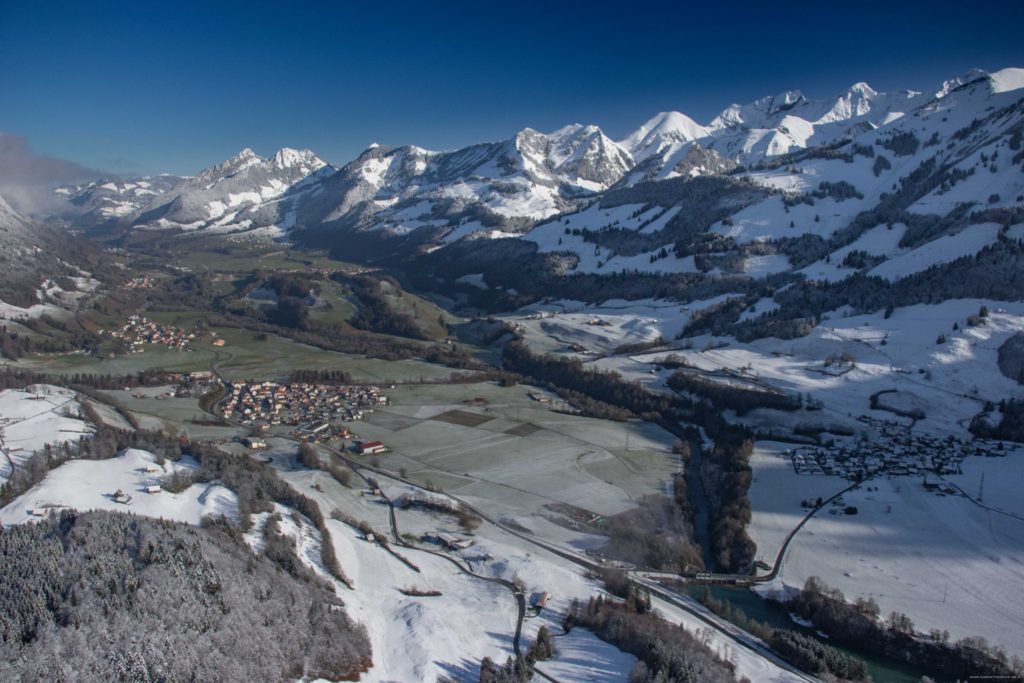 About to overfly Gstaad Airport to confirm wind. It favored 08, my first ever landing on that side. One has to have some balls to bring heavy metal into this airport. Terrain is rather steep on final approach, so much so that even if I slow the Cub to 48mph, ride the stall buffet skimming trees (it won’t actually stall due to vortex generators, though she’ll wiggle quite a bit), I still must do a slip to bring it down on the numbers, which are displaced quite a distance from the end of the runway. I suppose the proclivity of the Cub to not sink fast makes it seem challenging, as I watched a PC-24 land on 08 and the sink rate can easily match terrain below. 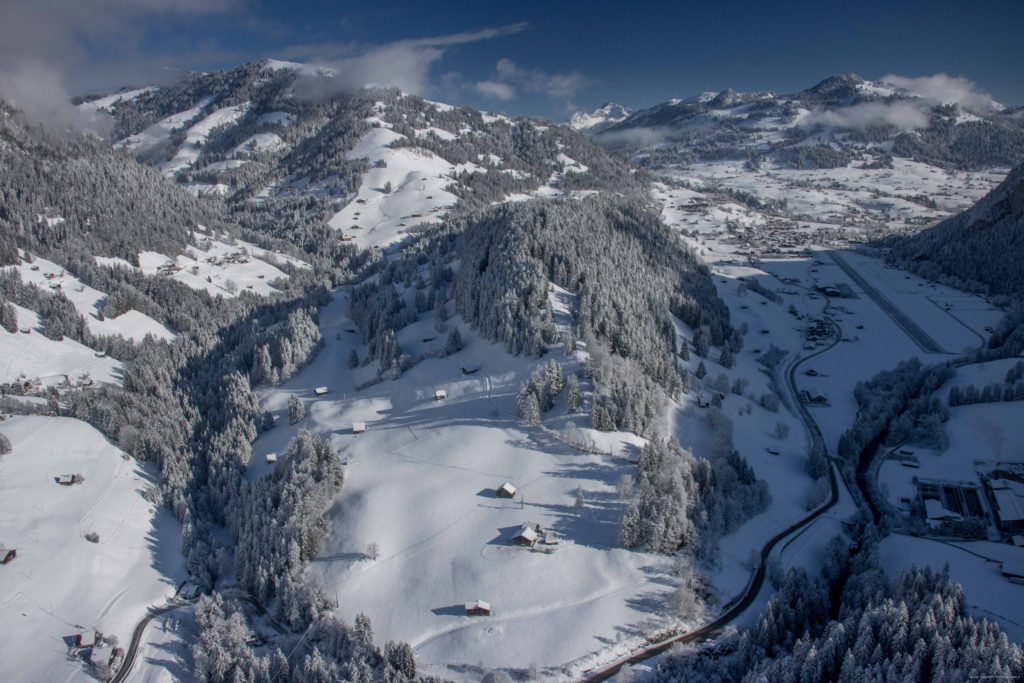