I stare at the this lake enough each day that it drives me nuts and I want to fly over it. An obstacle is the haze the lake creates, and a 6,000 to 8,000 foot tall ridge separating the Oberland from the lake, where one must then descend a mile, only to tour a beautiful lake that features no emergency landing zones in most places. I decided to get it over with and head all the way to Geneva and come back on the French side, which sneers at us visually on a repeated basis. It was rather pretty, an odd juxtaposition to glaciated towering peaks that sit not too far away. Literally within the scope of 90 minutes, a person could get off a ferry on this lake, drive a bit, and disembark a gondola just shy of 10,000′ and walk across a glacier. 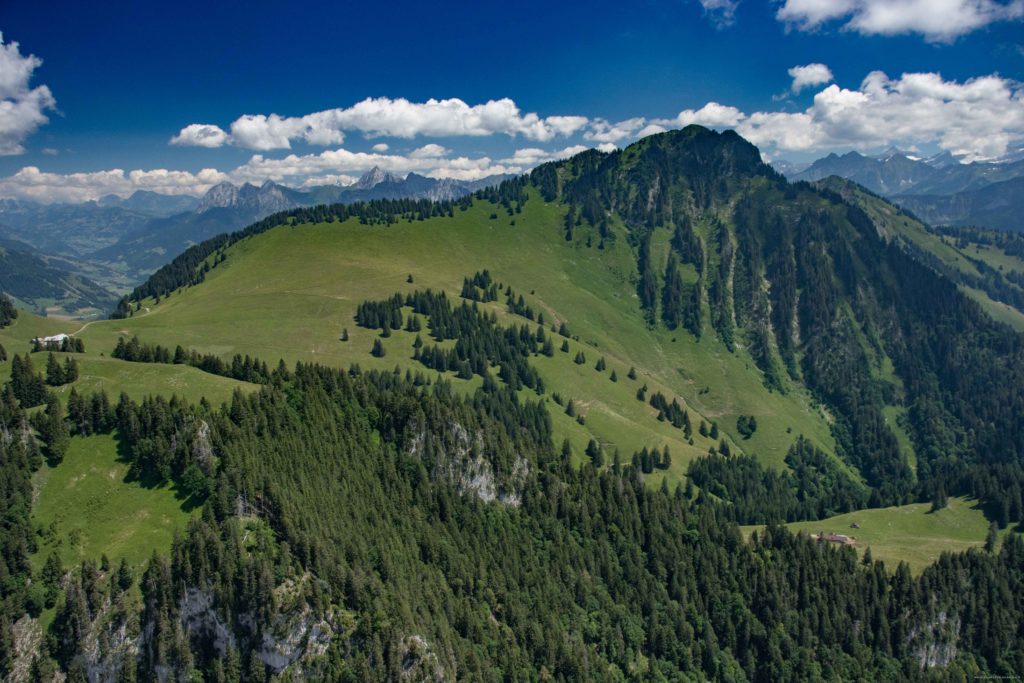 Glion in the foreground, after having descended over 1000′. Note the haze over Lake Geneva, which is a microclimate. 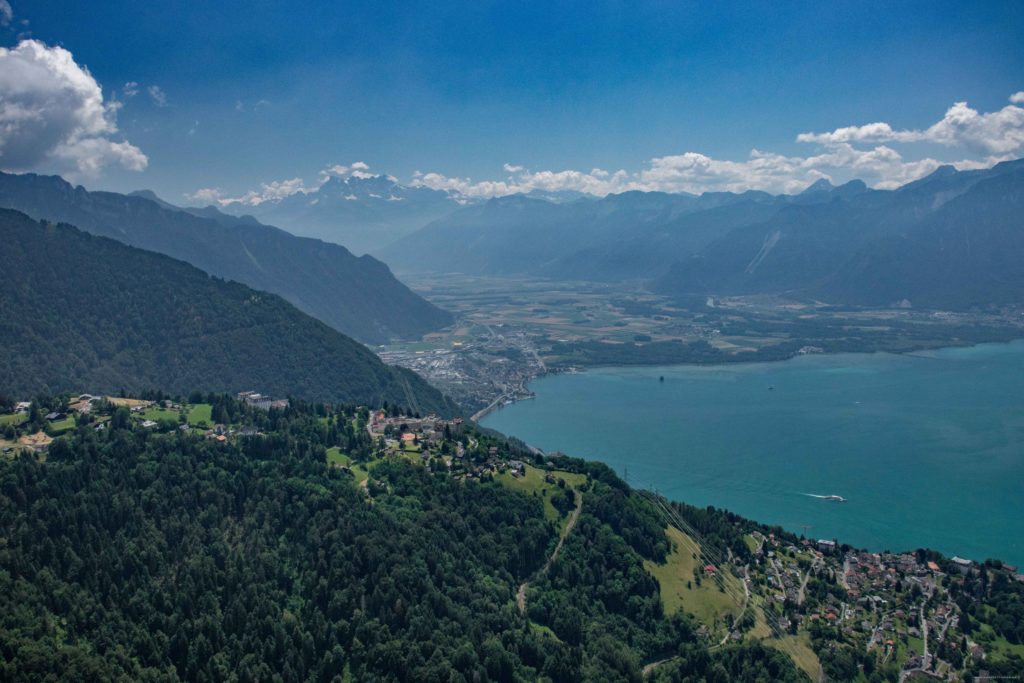 Montreux. Working my way down. 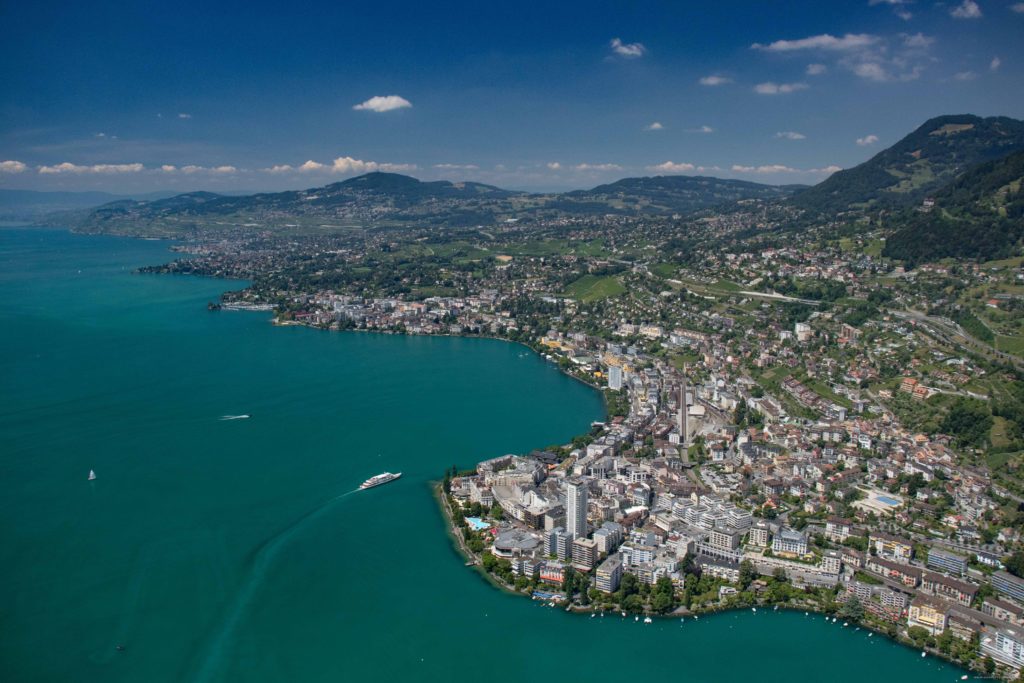 Vineyards along the lake. 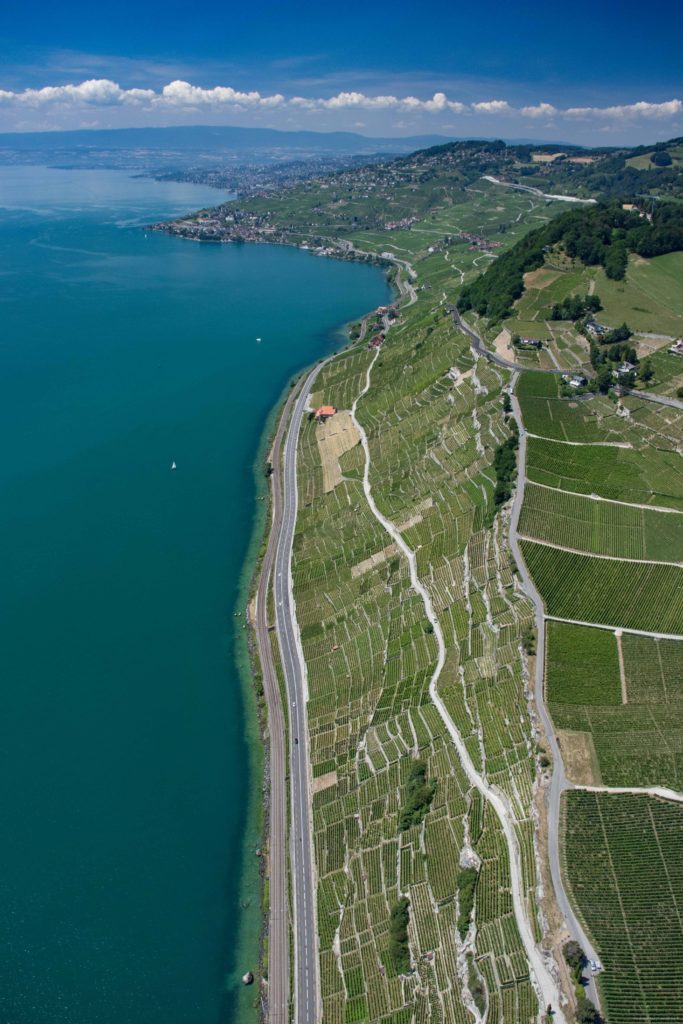 Pully, looking back toward from where I came. 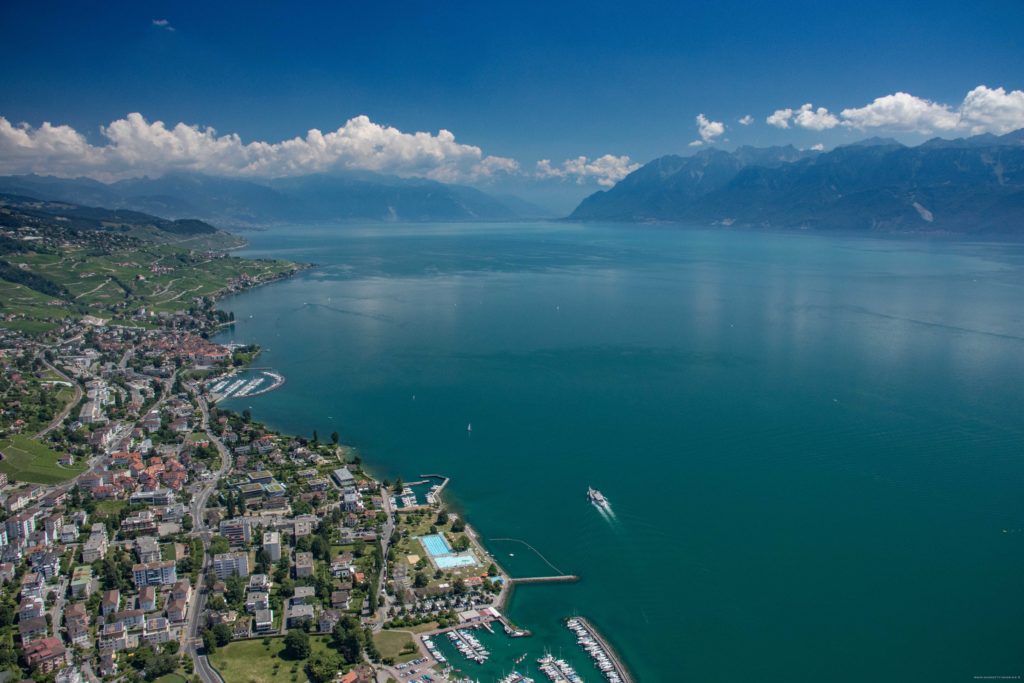 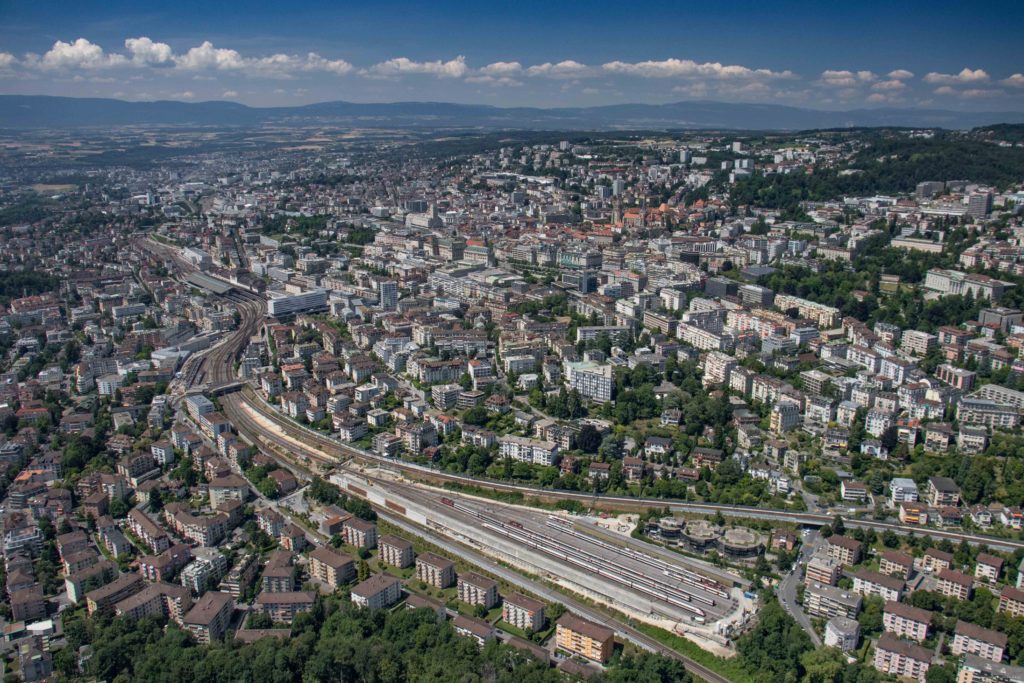 There’s something in the water…I just don’t know what it is. Off the shore of Saint-Prex. 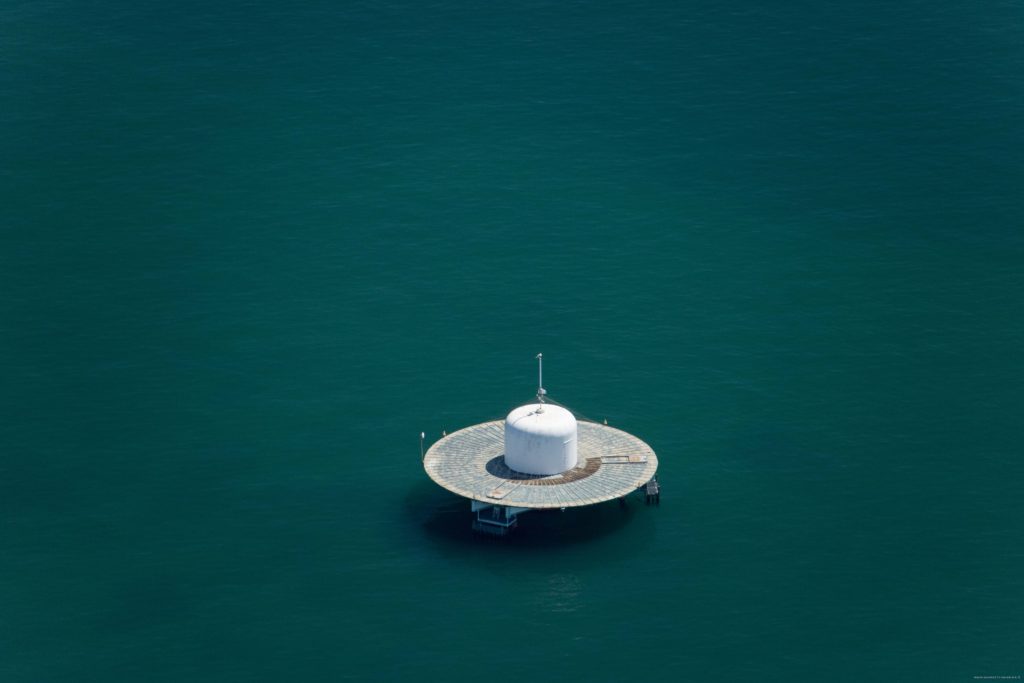 I had heard Swiss banking was struggling, though I didn’t expect them to resort to 18th century piracy. 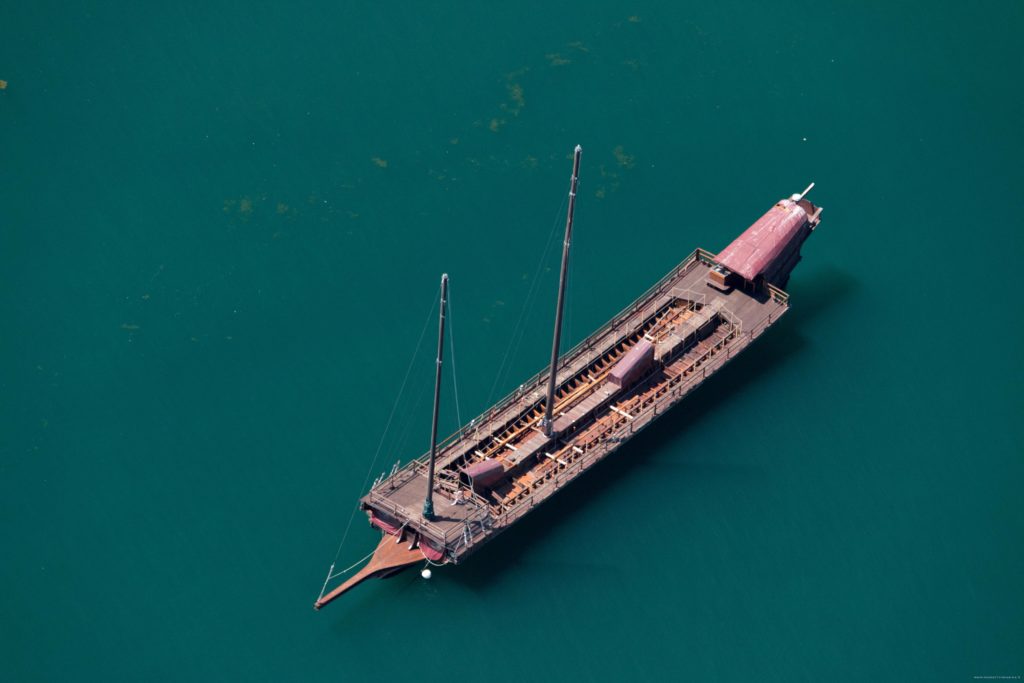 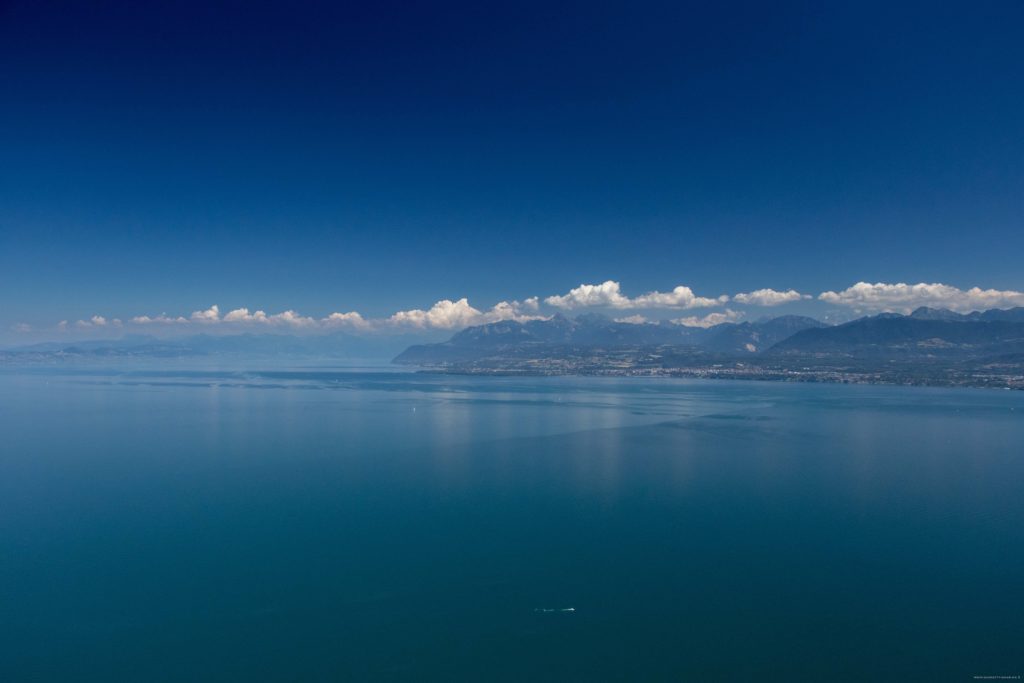 The dark side. La Motte, France. 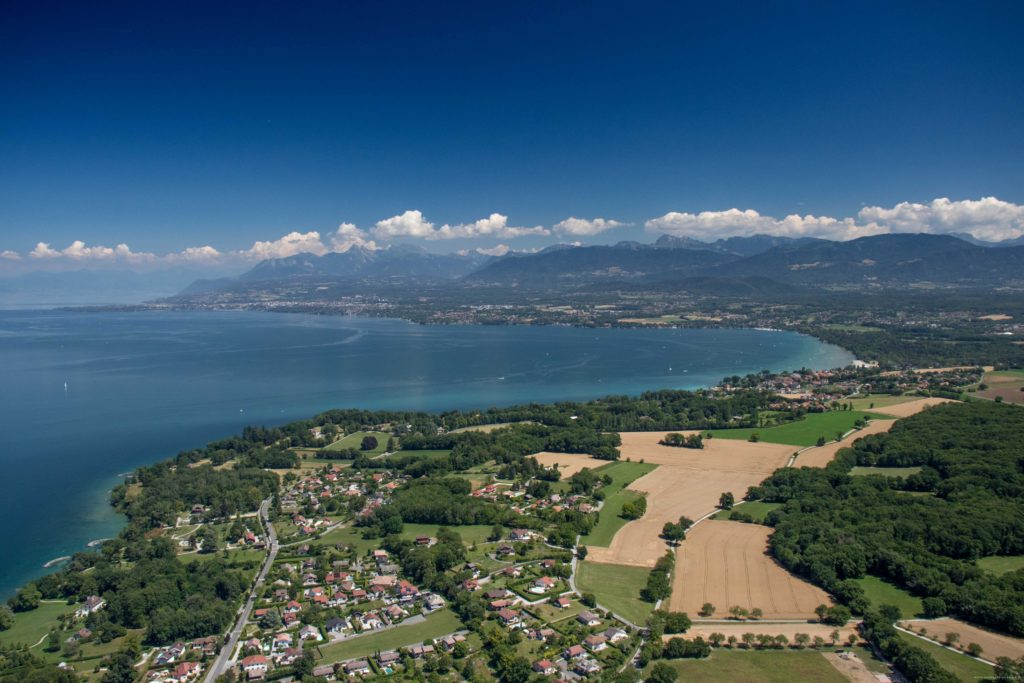 Geneva. That is a 300 foot tall water fountain. Somewhere in this image lurks a giant particle accelerator. 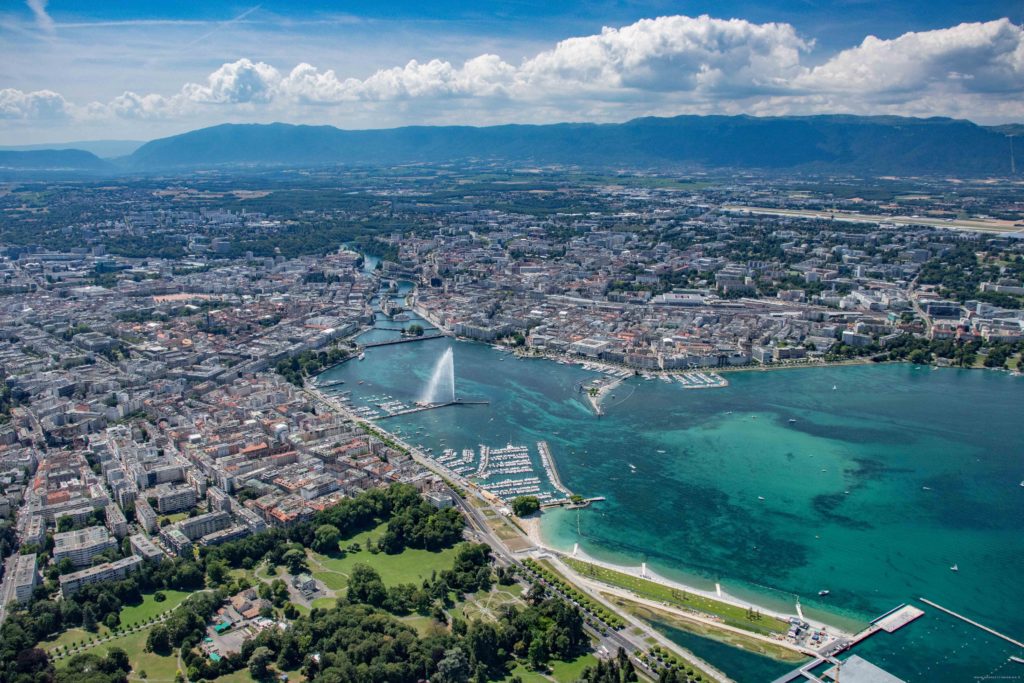 Back to the dark side – Capite, France. Beginning the return toward Saanen. 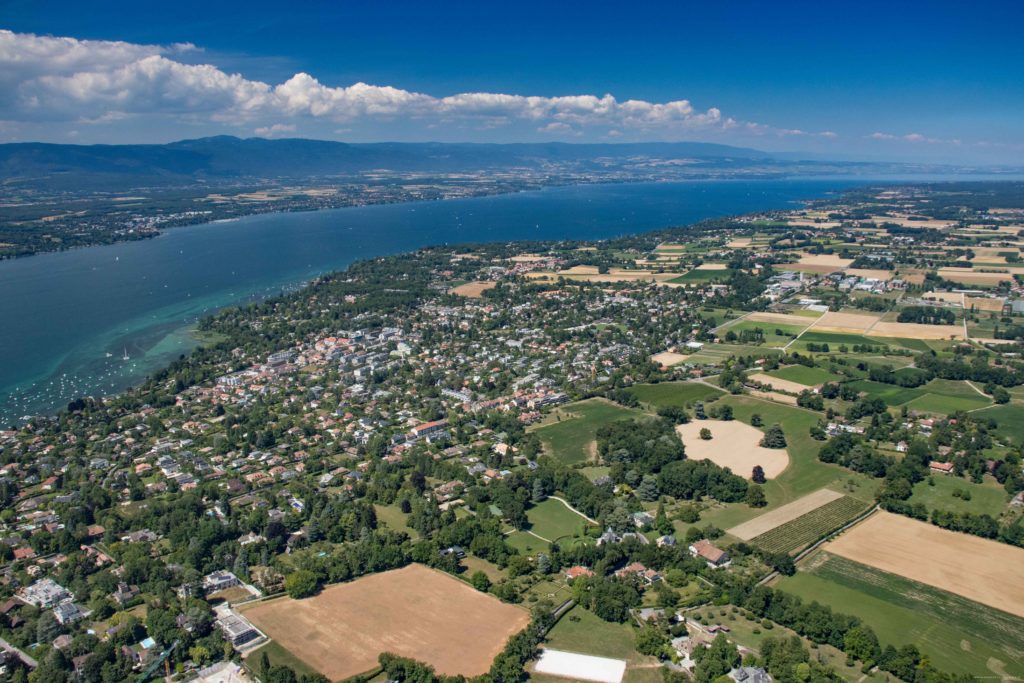 Thonon-les-Bains, France. Evian water comes from up the hill to the right, out of the image. 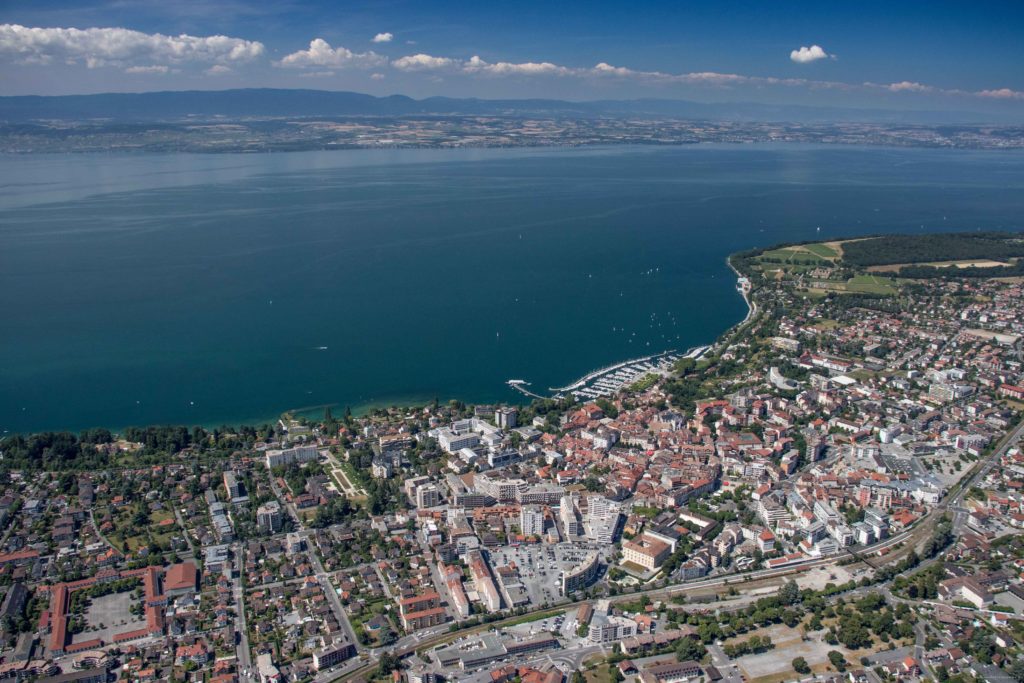 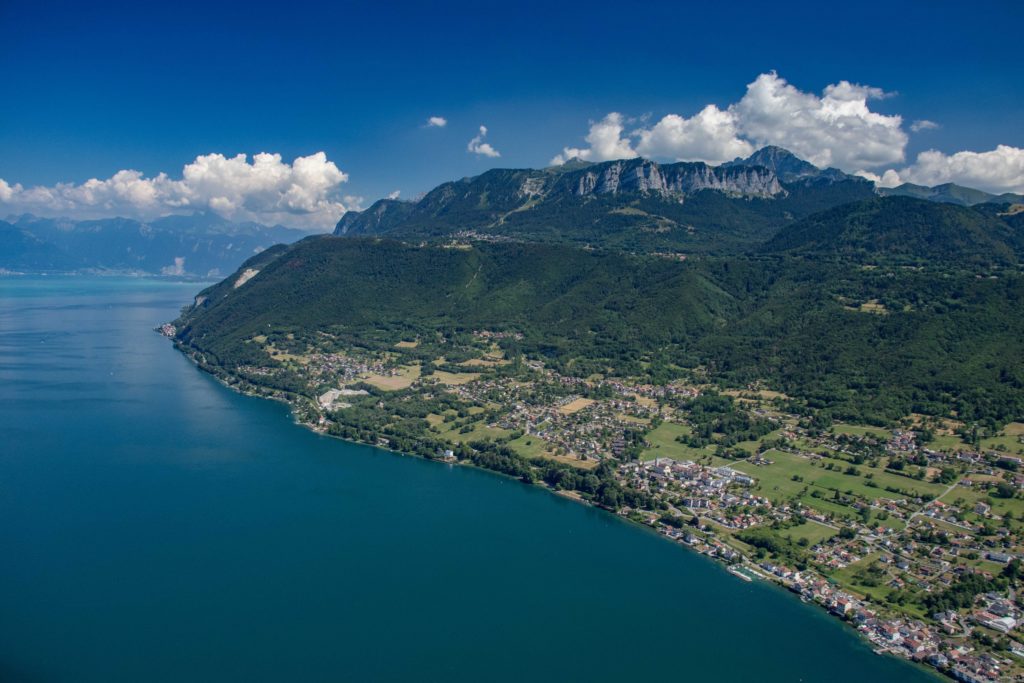 Suffice it to say that, should the engine have quit, I would have ended up somewhat moist. 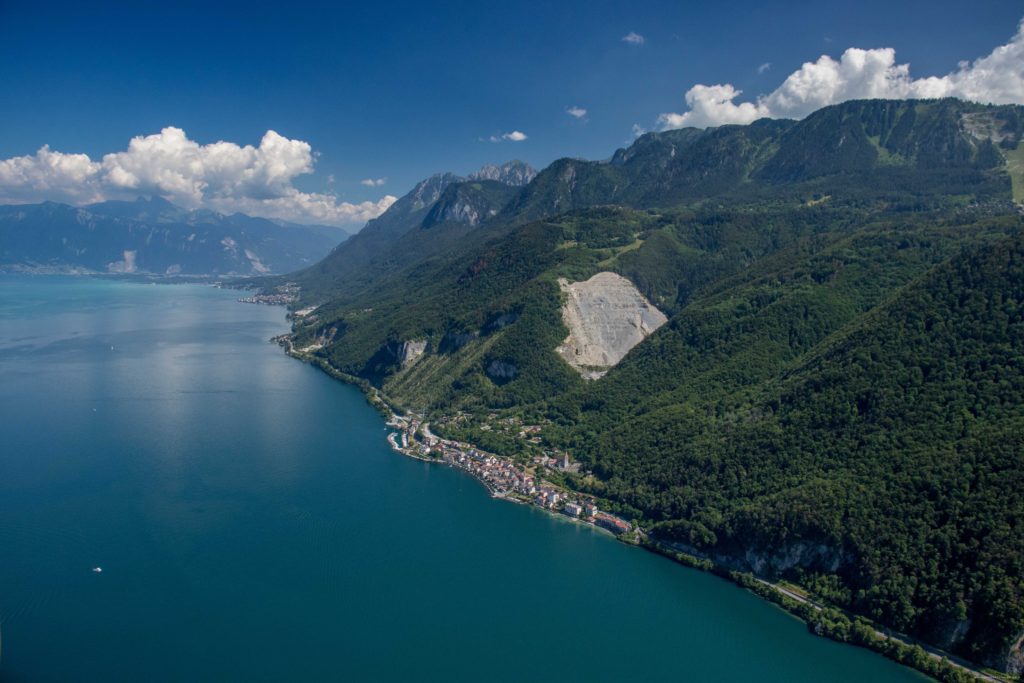 Saint-Gingolph, the border between France (fore) and Switzerland (aft). Amazon has decided that they absolutely will not ship author proofs for my books to me in Switzerland, so I have to drive to the French post office here to pick them up. 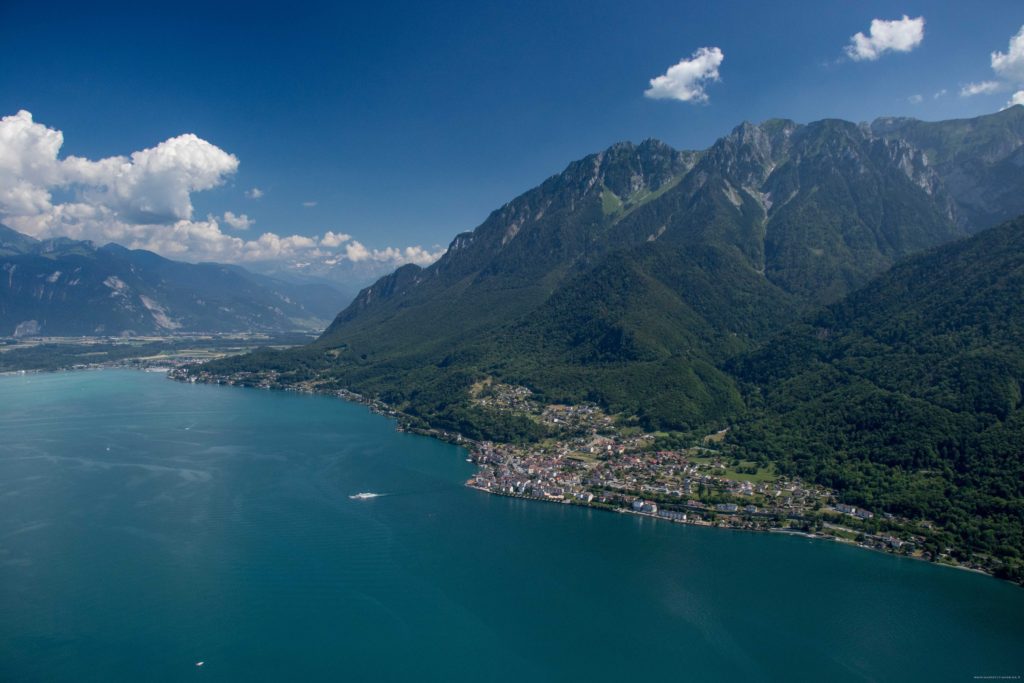 Silt from the Rhône emptying into Lake Geneva. 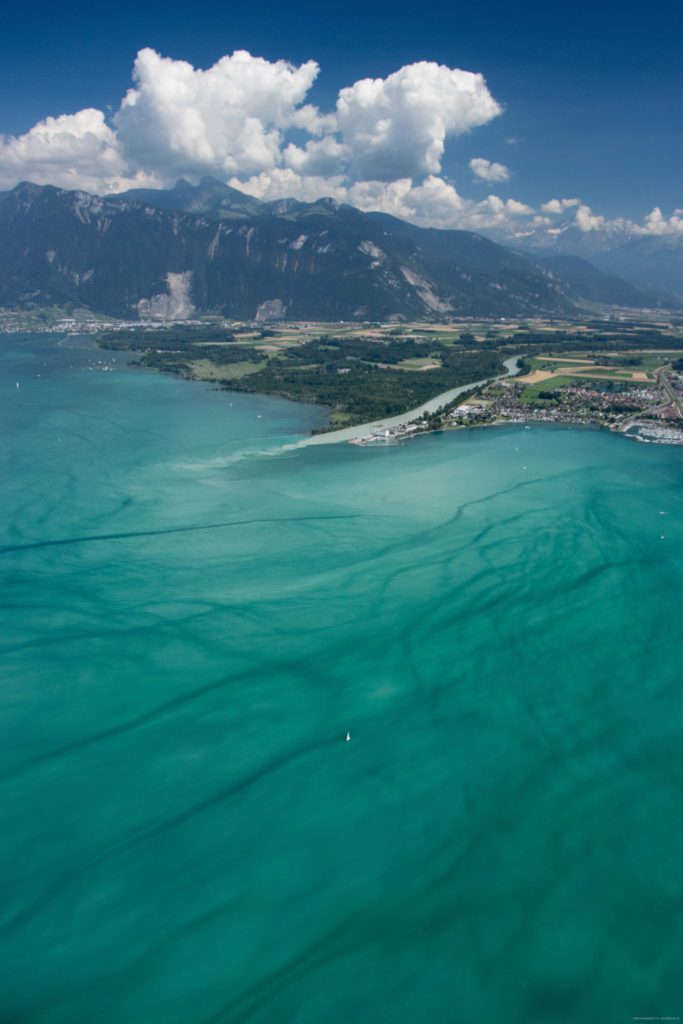 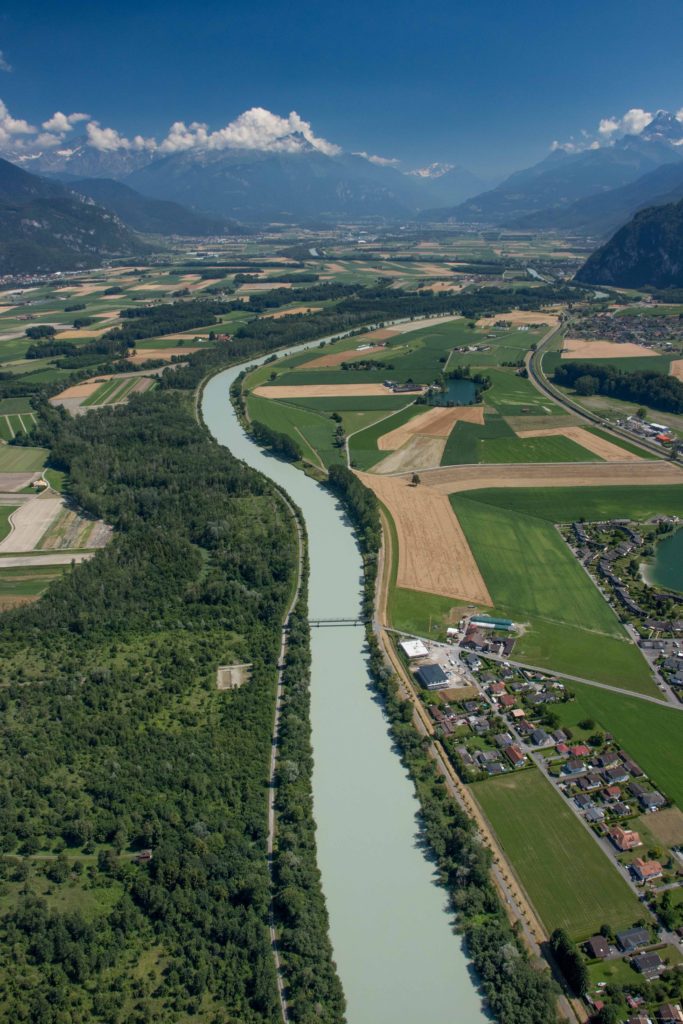 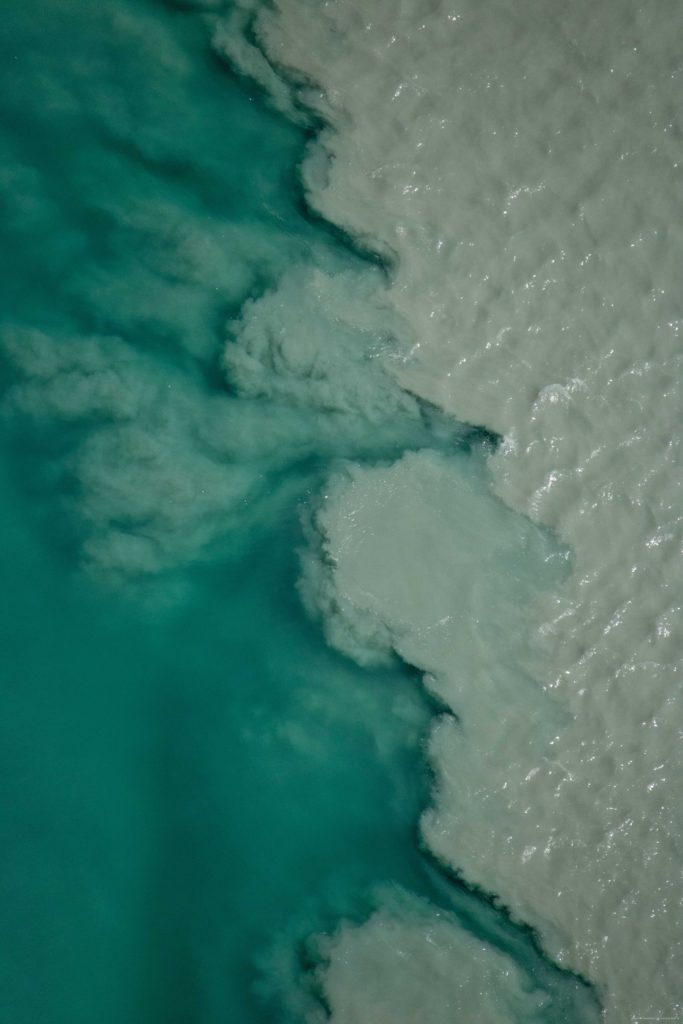 About to turn base for runway 26, over Gstaad. Switzerland does not suck. 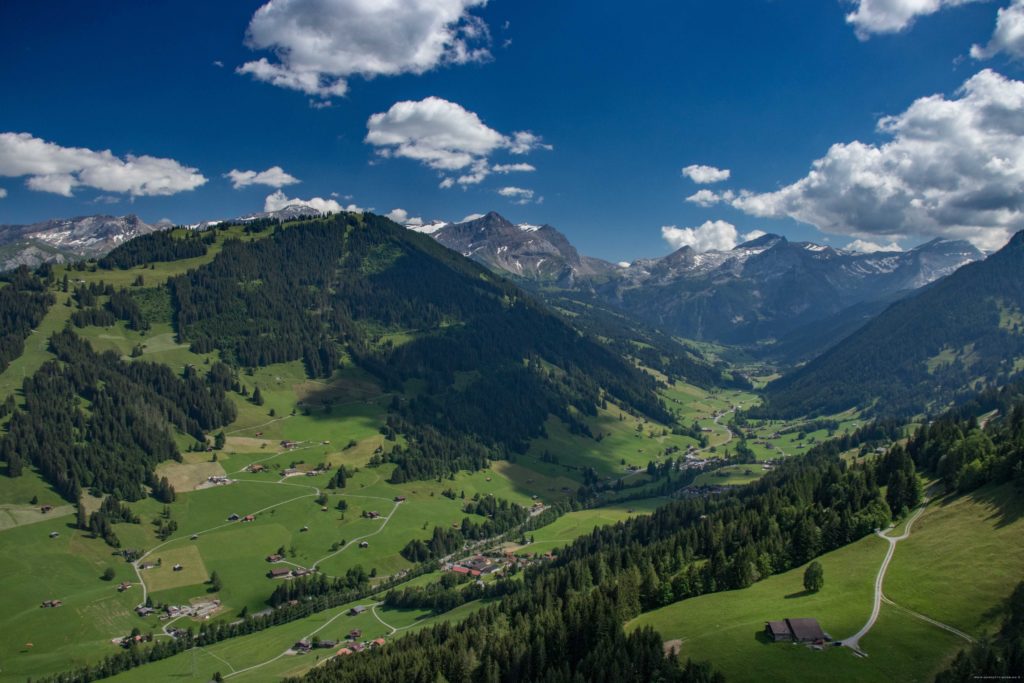