Why would I write about August snow, in late October?

There is something to be said that it substantially hadn’t really snowed since this mysterious August event, a product of an extended Swiss Indian summer that defies one’s normal expectations of what one thinks when they hear the word “alpine.” Then there is the matter that, as I write this right now, snow levels are roughly at 2000m in the Alps with a cold rain down here where mere mortals live. Back in Spain, it is expected to have light accumulations below 1000m, which by all definitions is early. So, on one hand, we have an interesting August snowfall down below 3000m, a strange total lack of anything wintry until practically November, and then a bit of an unusual early Spanish snowfall all the way to the valley floor.

European weather continues to confuse, as it sits there doing nothing exciting for weeks to months, and then the atmosphere splashes an unexpected phase of moisture at seeming random. And when it does spurt something out of the sky, it does it without any fanfare. Clouds ooze in. The temperature slowly slides down. Something begins to gently fall out of the sky. All aforementioned factors incrementally intensify, and I find myself writing about something I deem unusual, though it has been building up at a snail’s pace. In North America, a significant weather change is preceded by apocalyptic wind, angry thunderstorms, some sort of vicious something, and then the atmosphere rages physical matter out of the sky that lands on the ground, which gets Instagrammed as though it never happened before, with a quippy self-serving hashtag accompanying such meteorological ephemera.

In the case of the flight in question, I was hiking the day before at about 1200m, and it was 45 F/ 7 C outside, in August, with a cold rain. I knew enough about the feel and smell of such rain to deduce that it was snowing higher up (this reality confirmed in Colorado, Wyoming, and Spain). The next morning, I could see snow on the north side of the Massif du Chablais, so I saddled up the symbolic steed of economic inequality to chase it before it melted under summer sun. 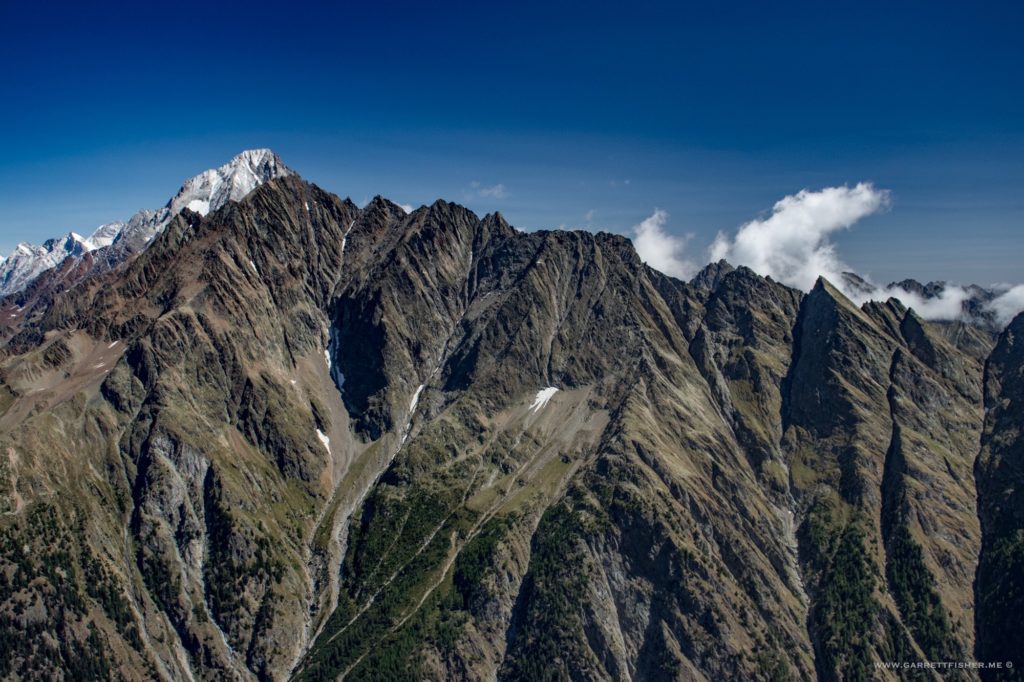 Bietschhorn. Note light snow on the north side of the ridge. 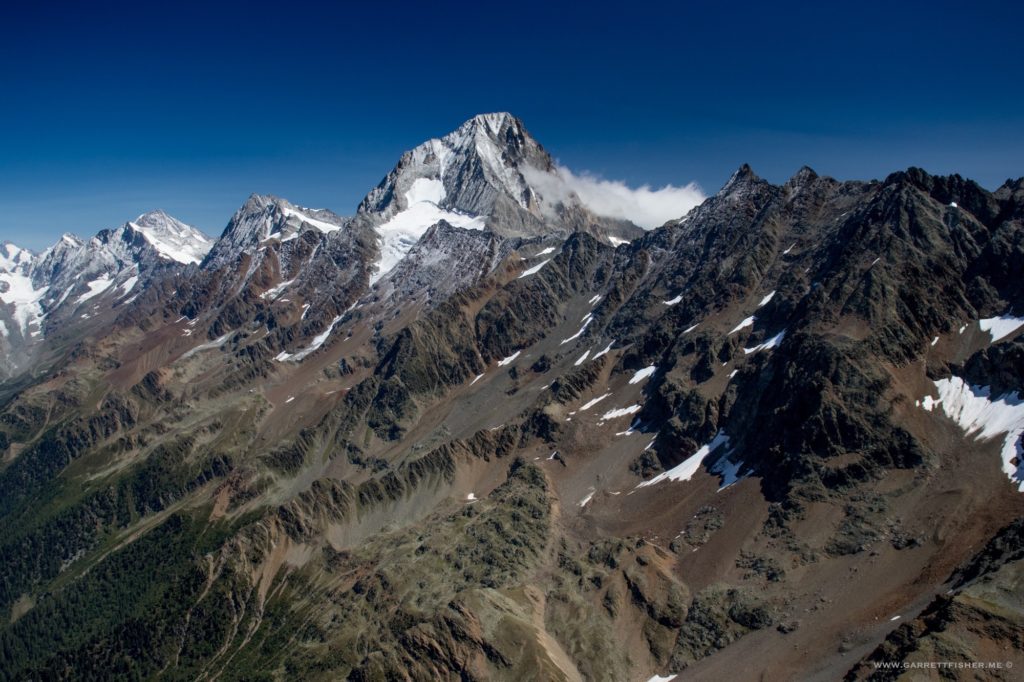 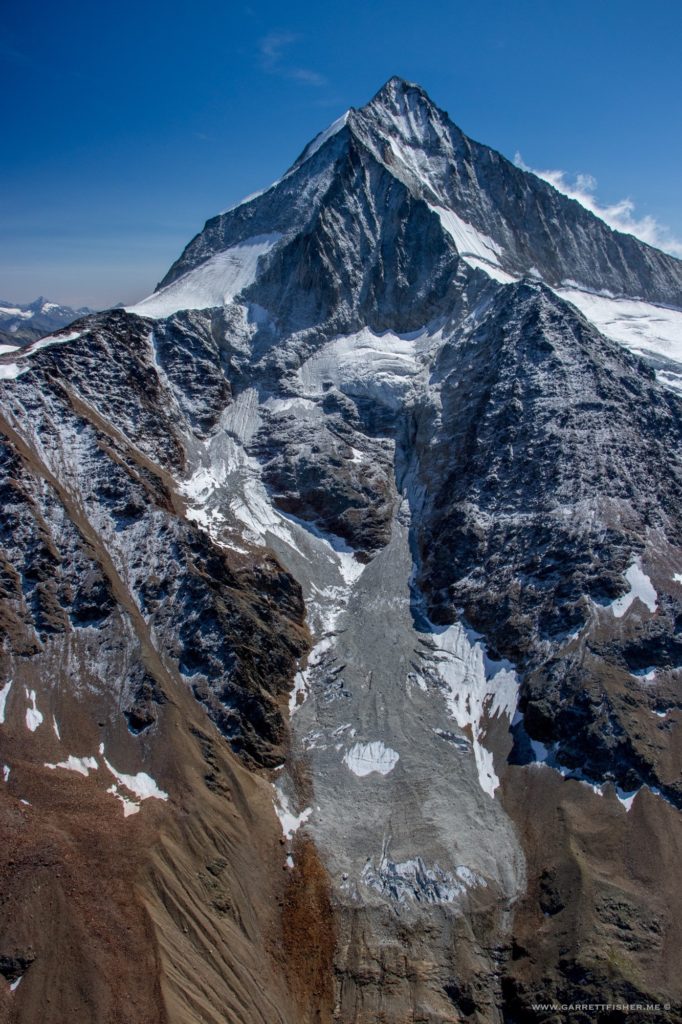 August snow. Tyfelsgrat in the center, Breithorn to the left. 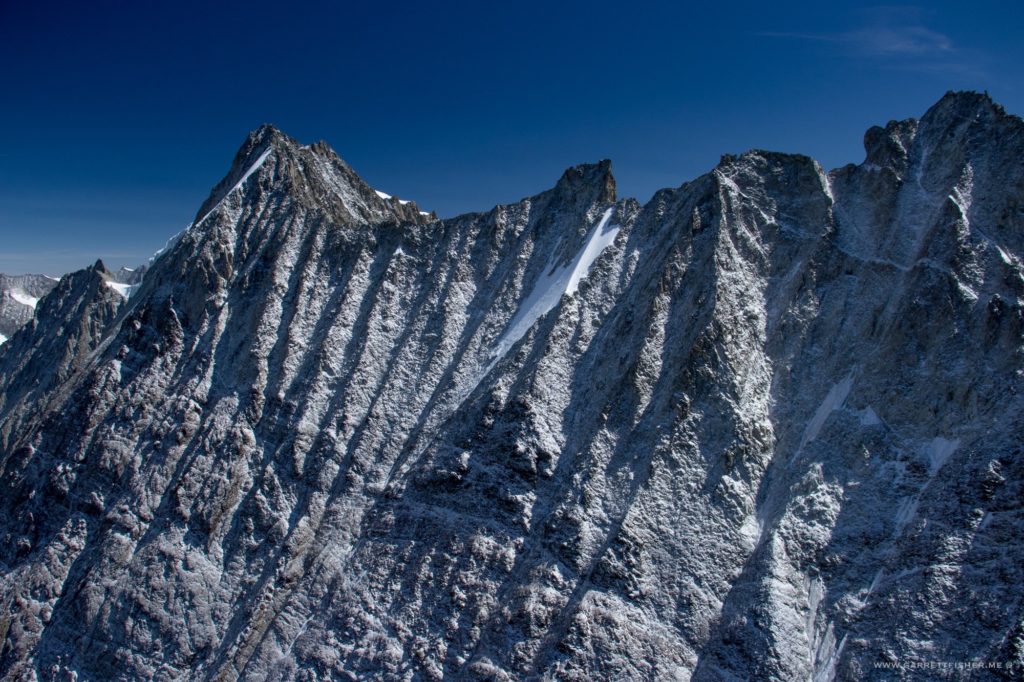 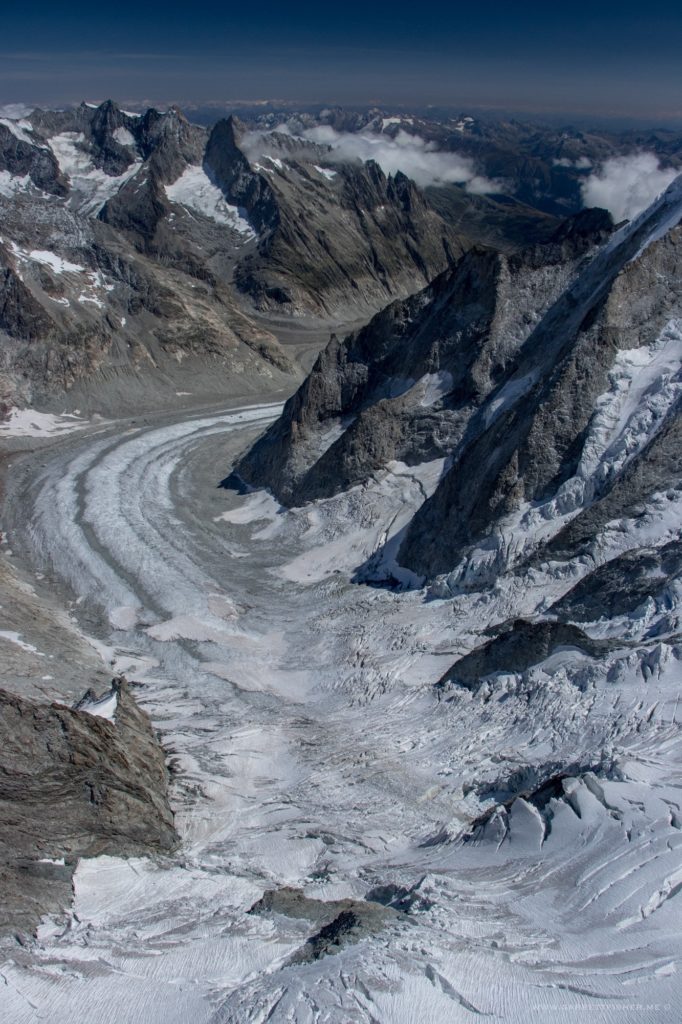 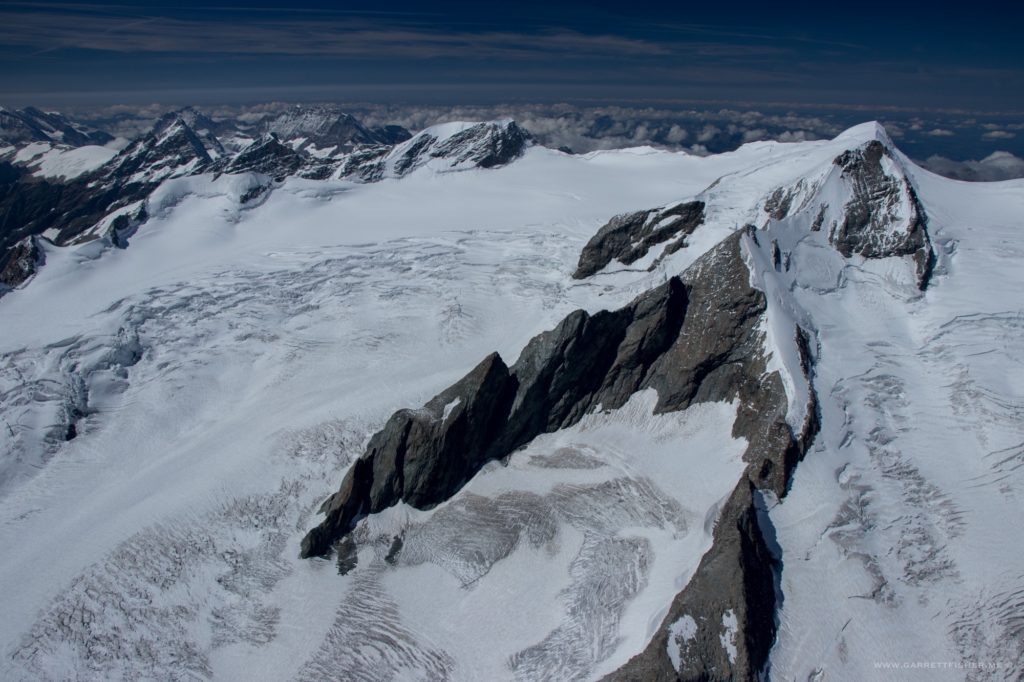 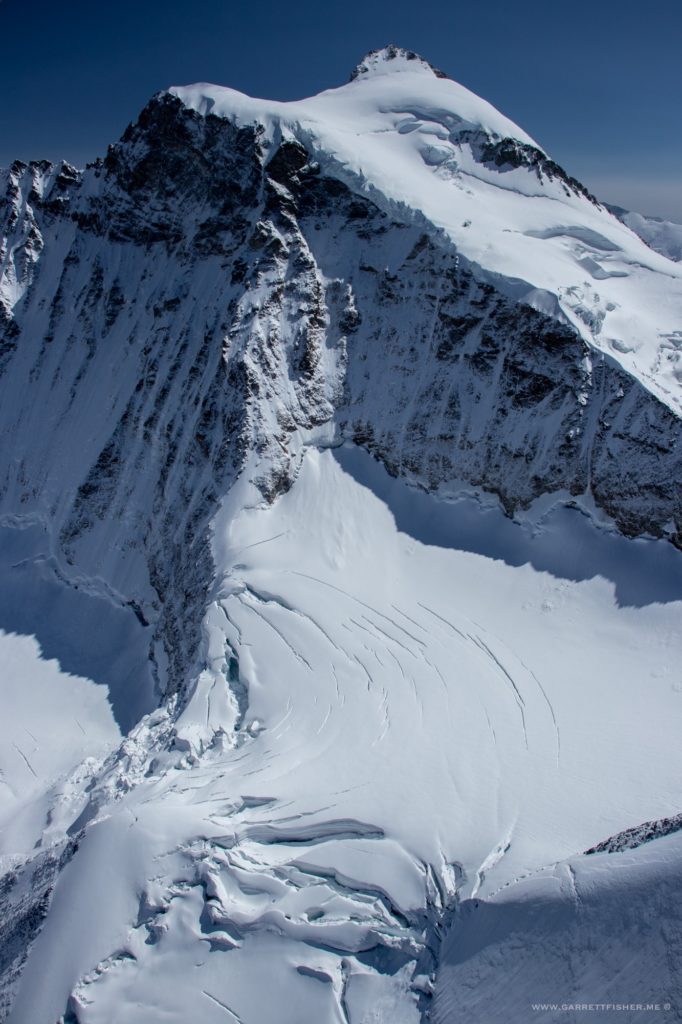 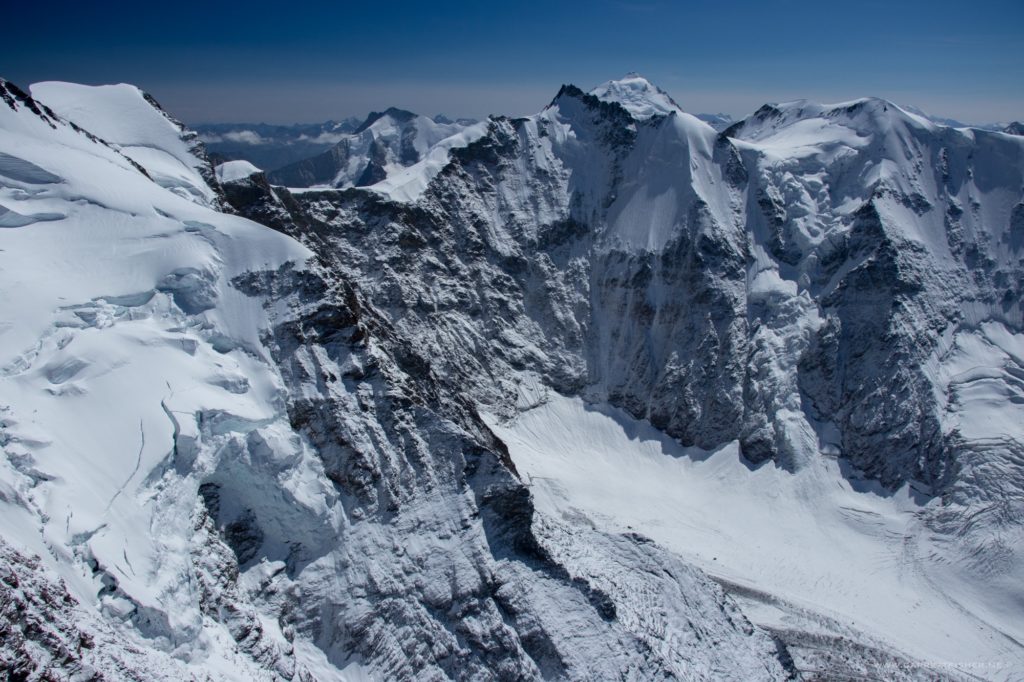 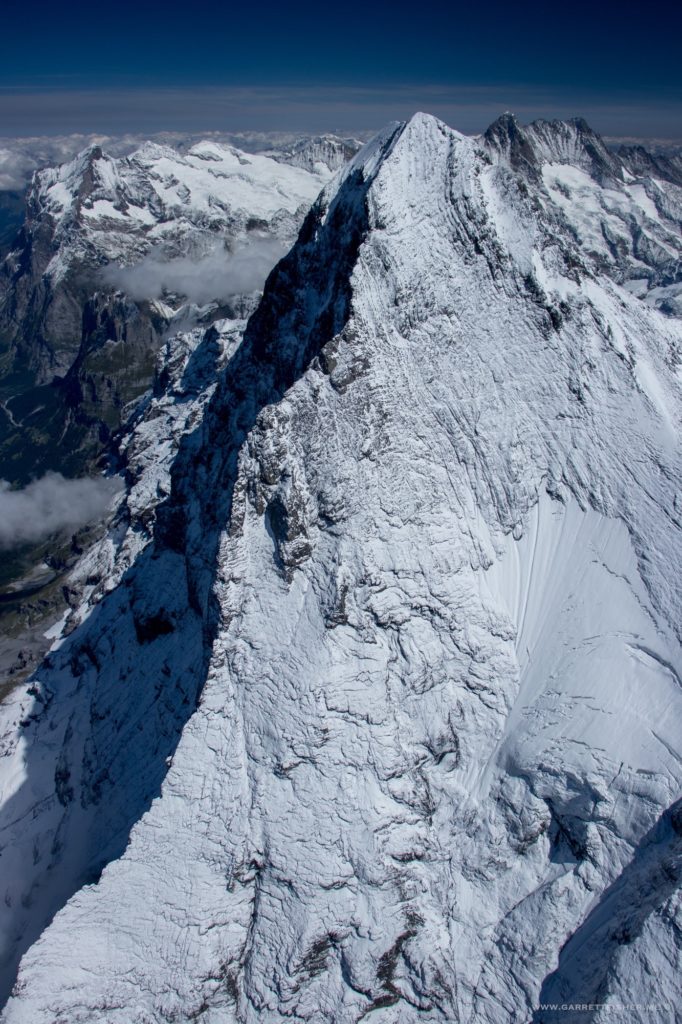 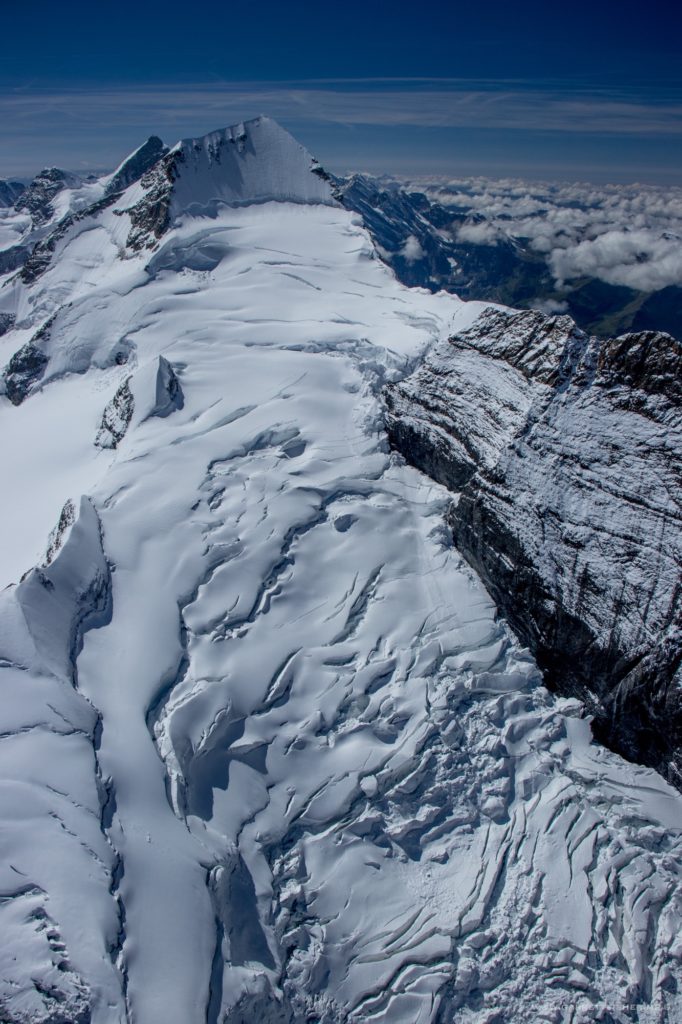 I have no clue what this is. It is big and precipitous, though. 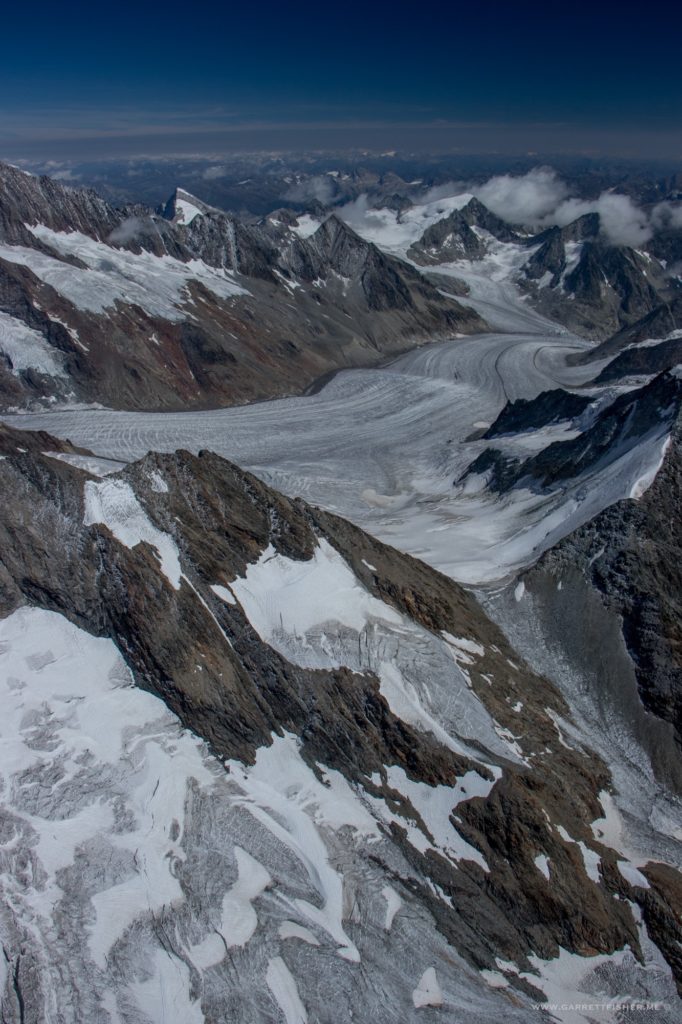 Aletschgletscher. This is half of it, from one mile above it. Its the largest glacier in Europe. 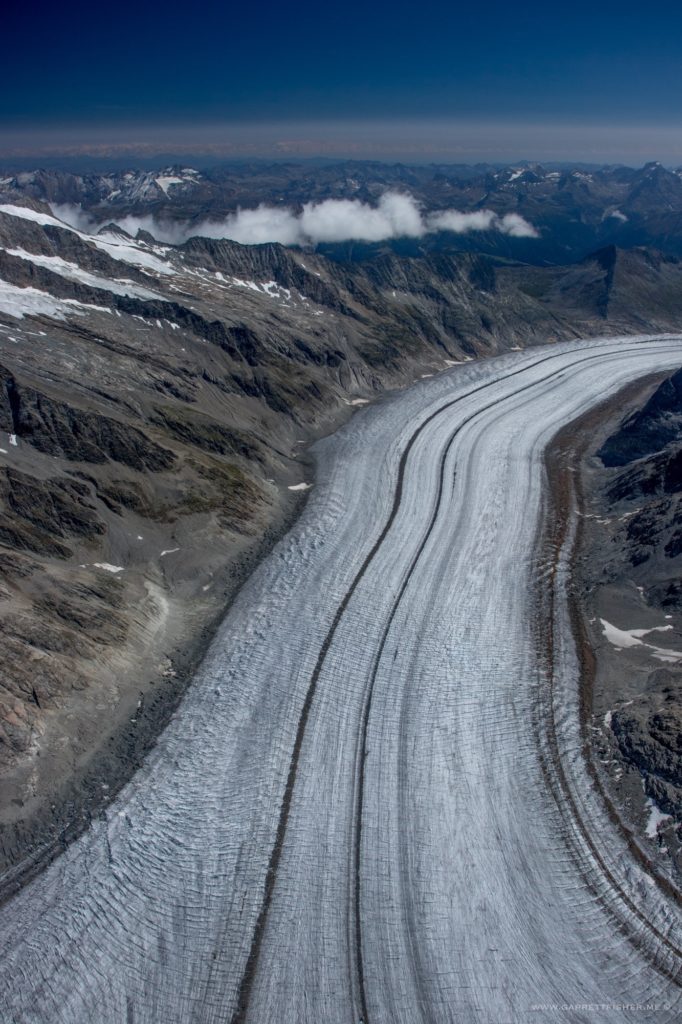 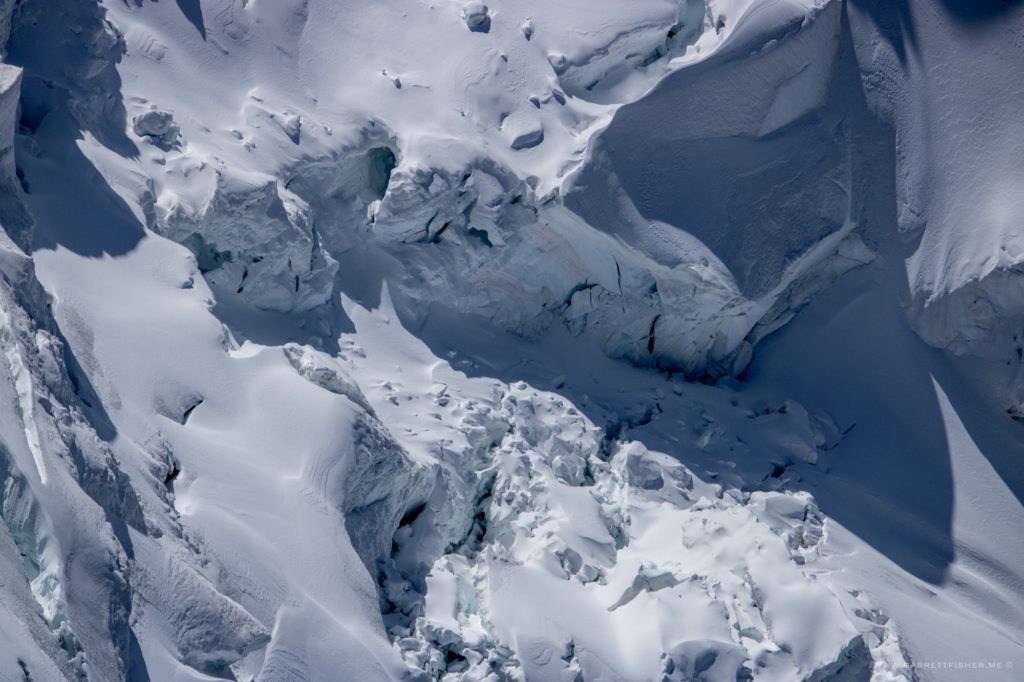 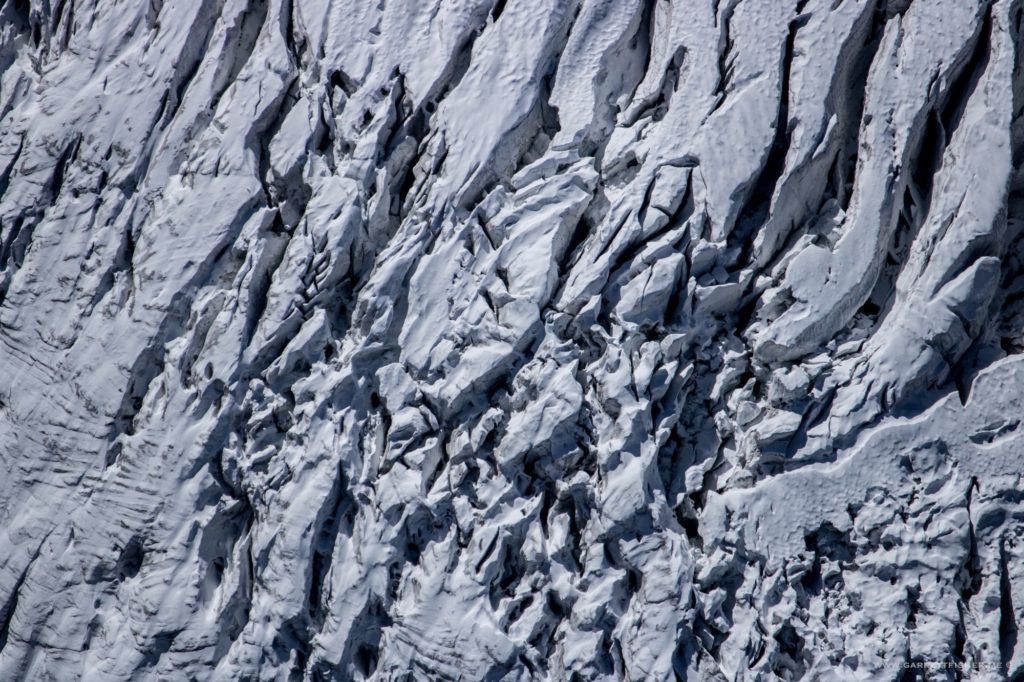 Gspaltenhorn in the foreground. One can see the roughly 3000m snow line clearly. 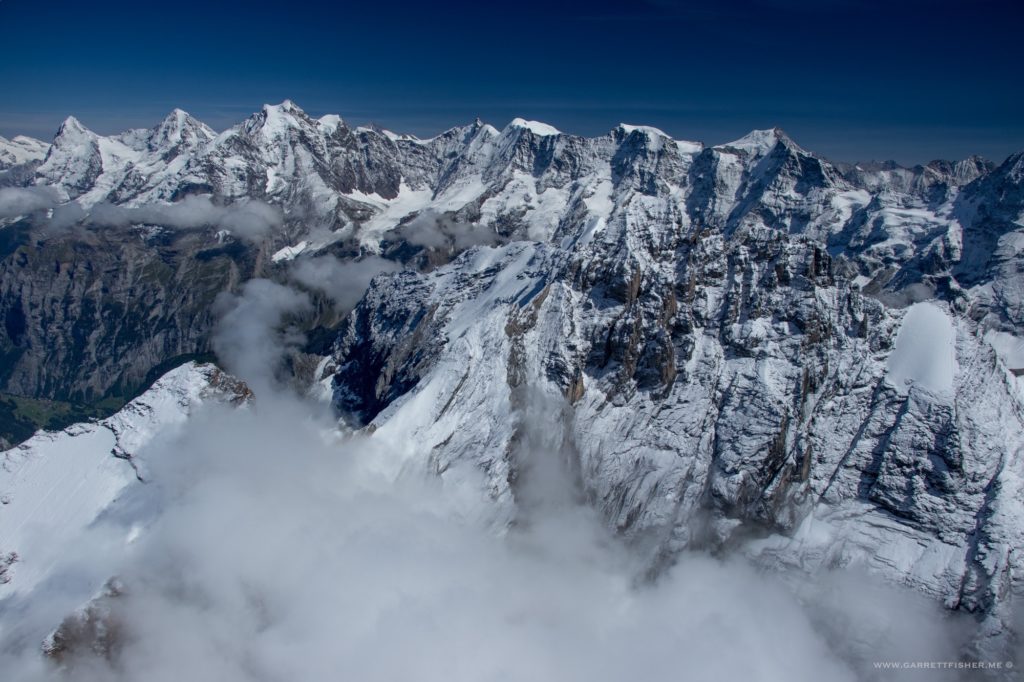 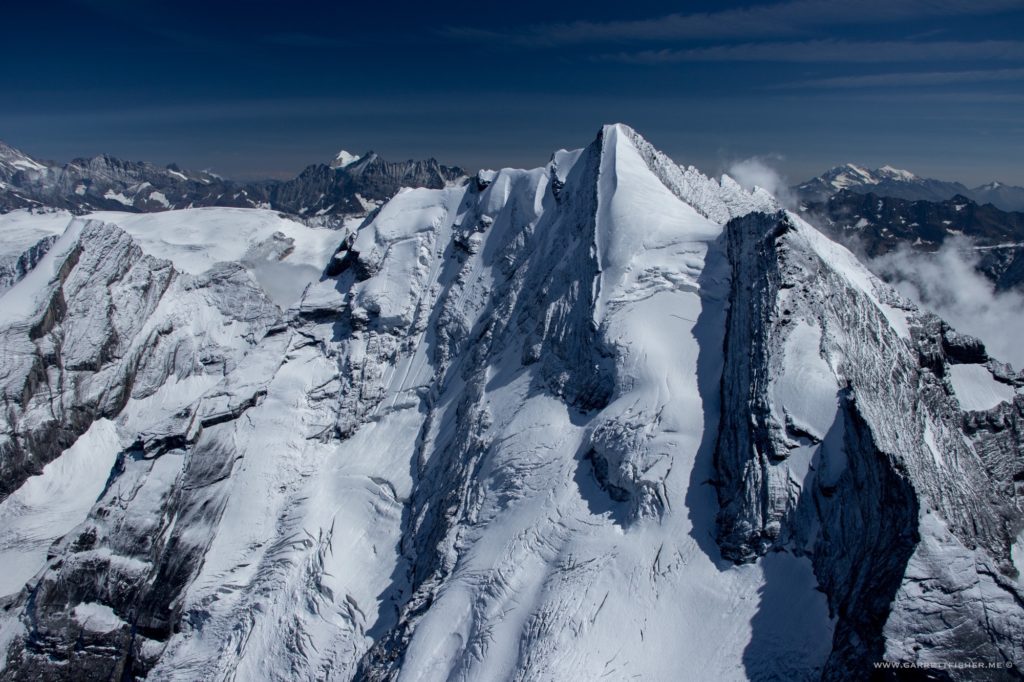 Canton of Bern in the foreground, Canton of Valais over the ridge with light snow. Bietschhorn on the right horizon (flight path en route to high terrain). 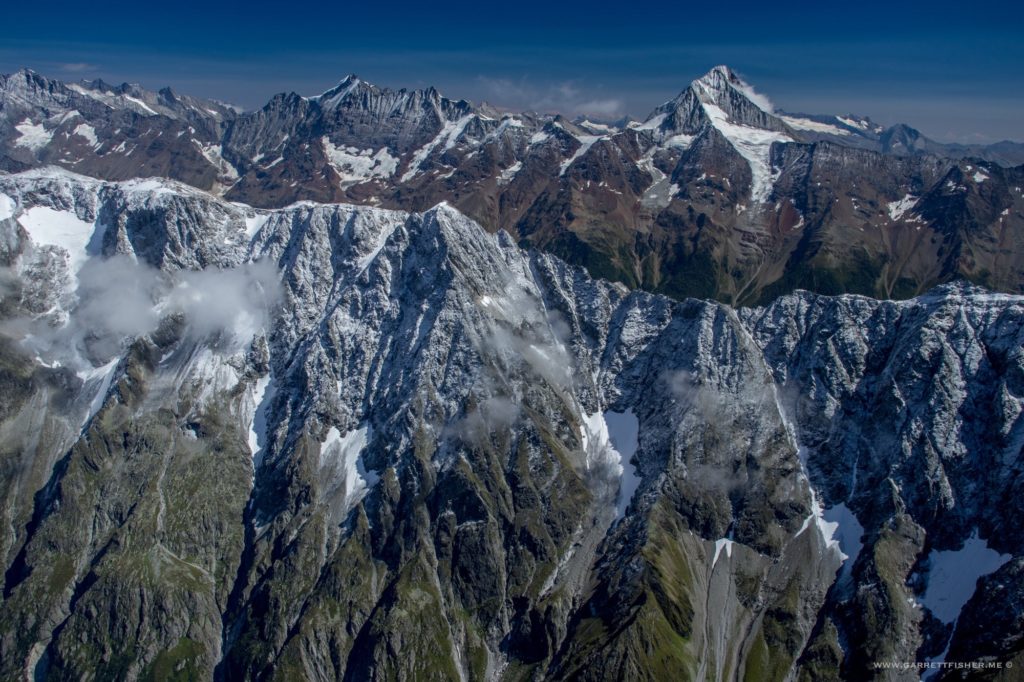 Bernese Oberland. While it looks like gentle knolls from up here, if taken in isolation these highlands would be considered noteworthy. 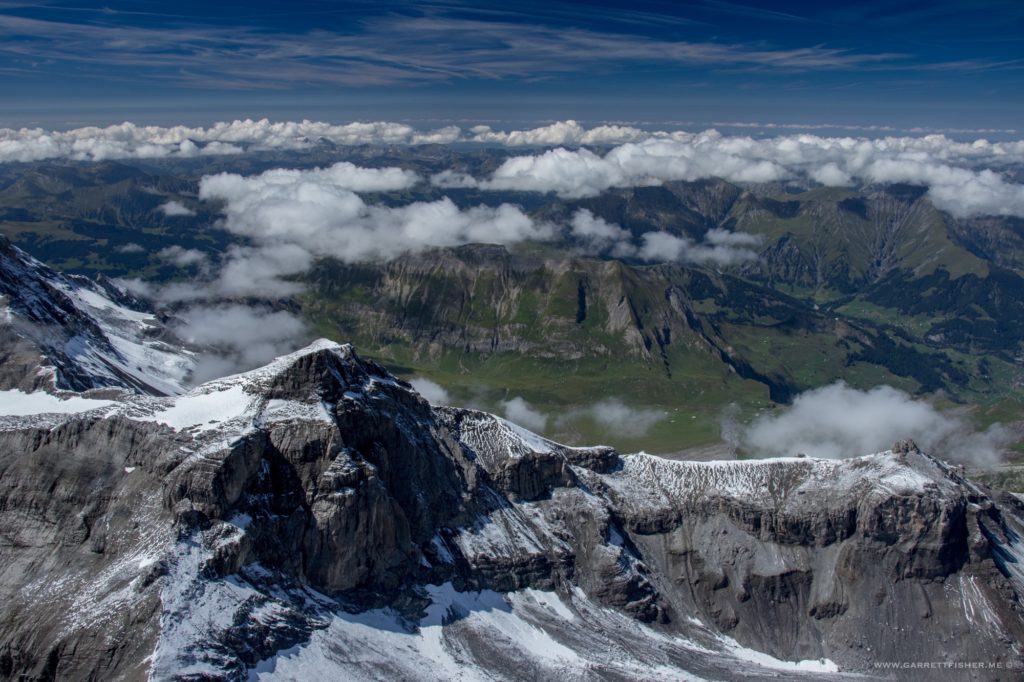 Bernese Alps with Plaine-Morte Gletscher in the background. August snow is clearly visible next to green grass below. 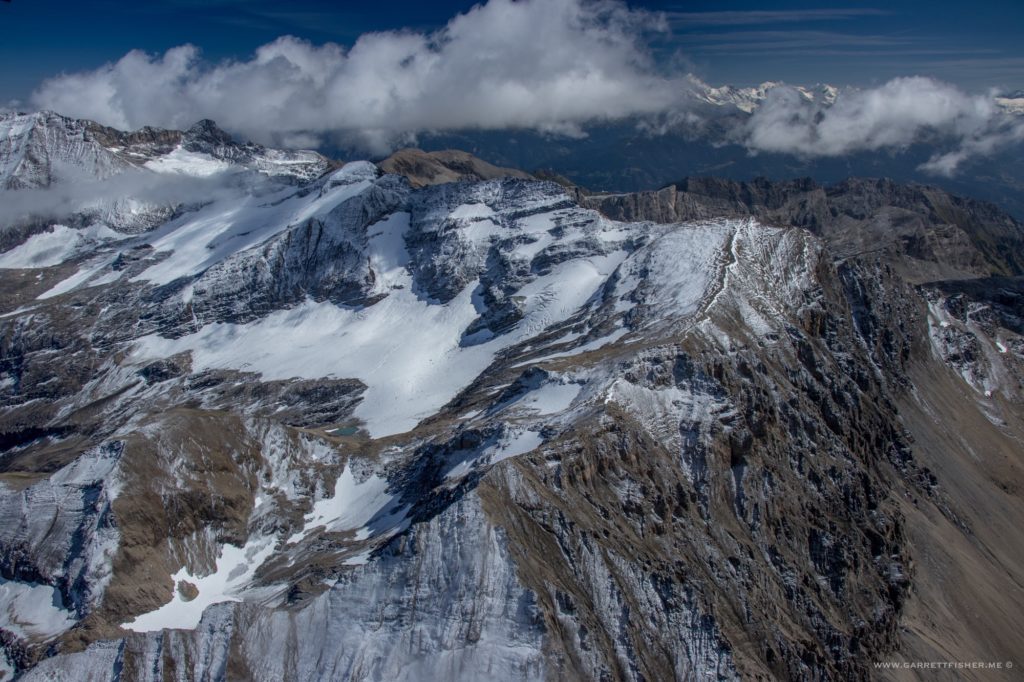 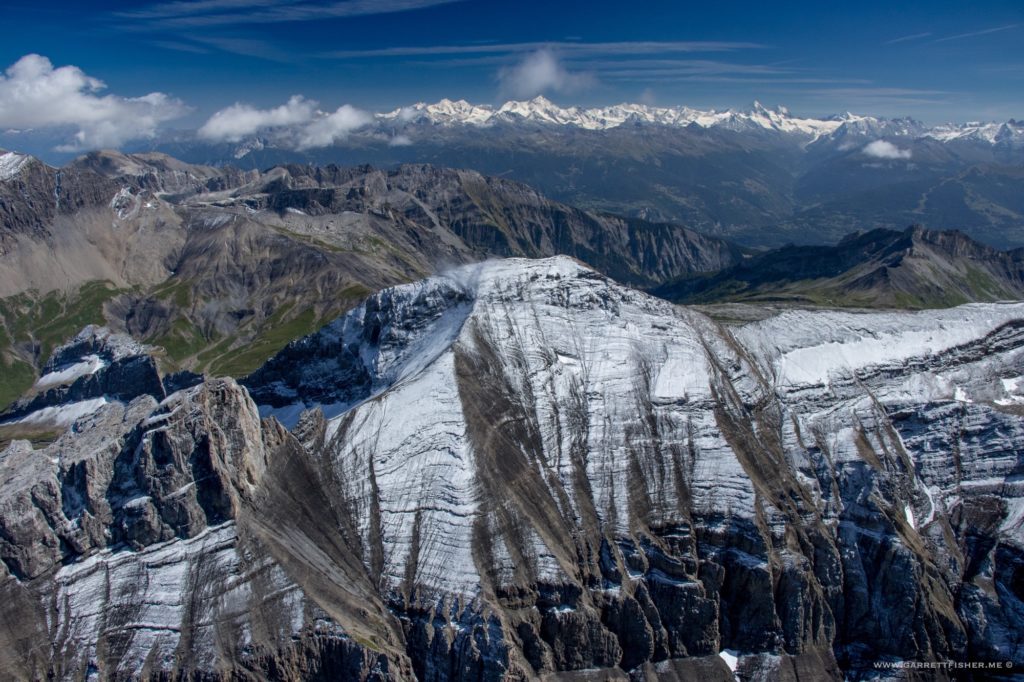 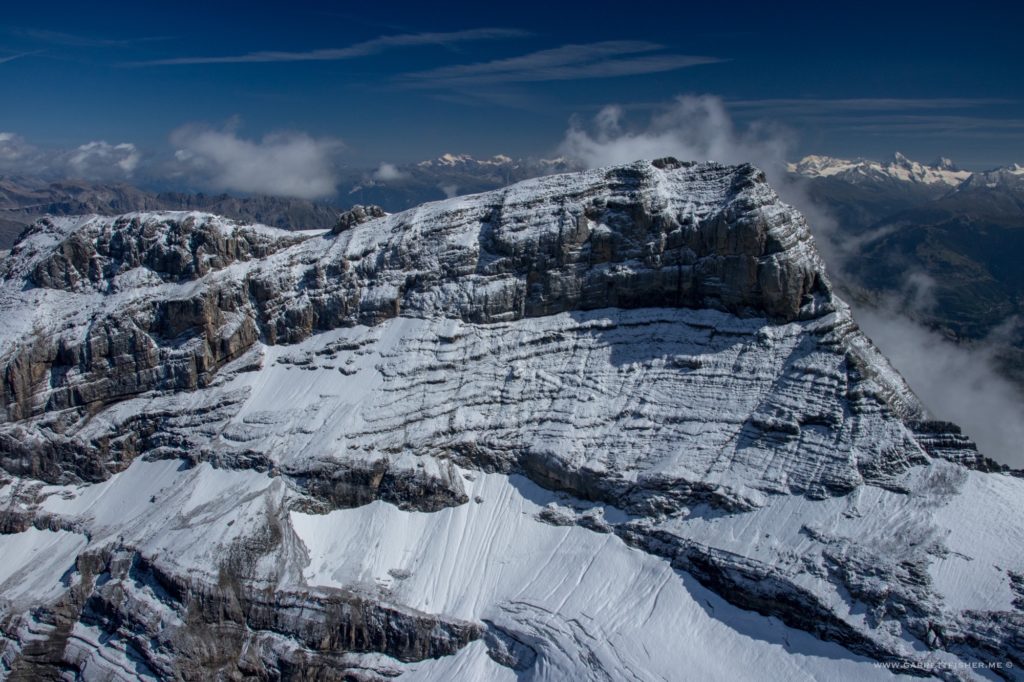 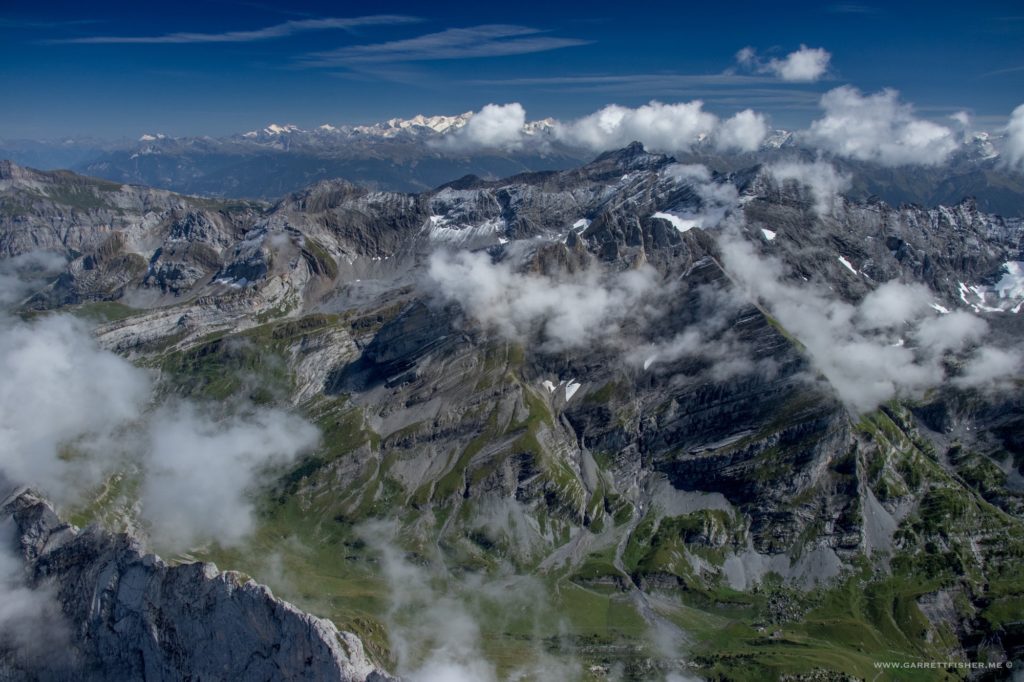 I think this is the Grand Muveran. 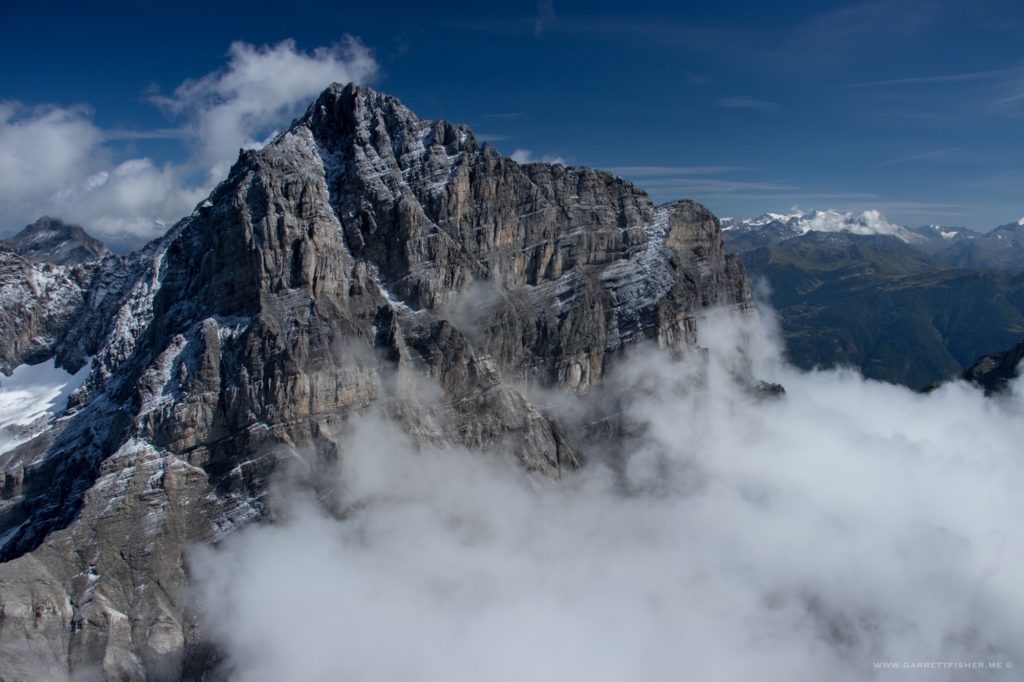 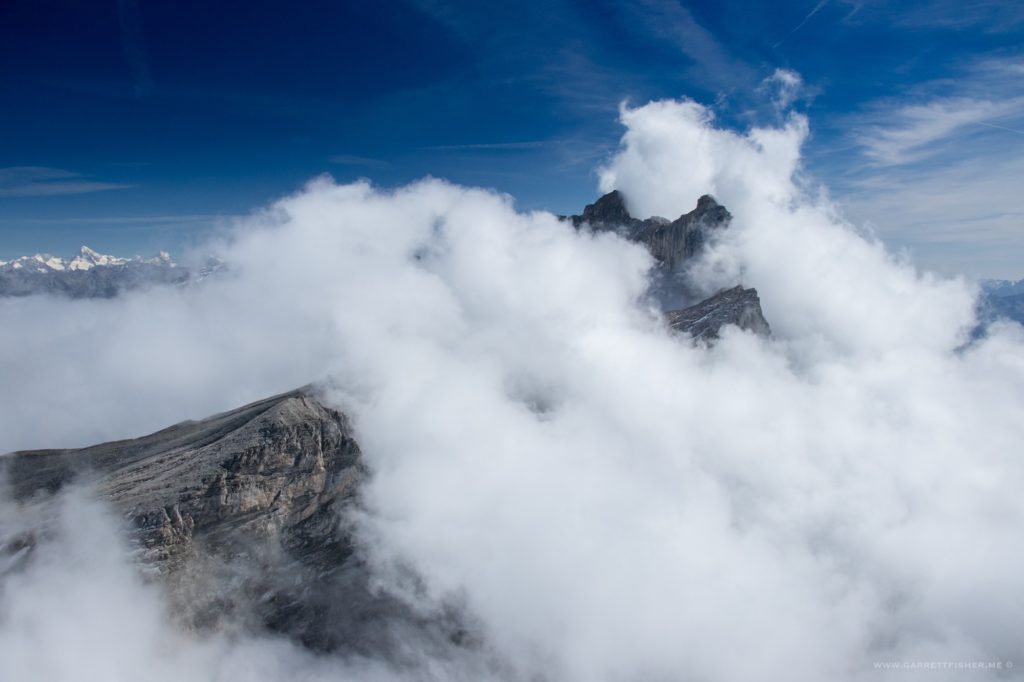 Mt Blanc, sneering at me after I already spent my fuel chasing other things. She shall have to wait until another day. 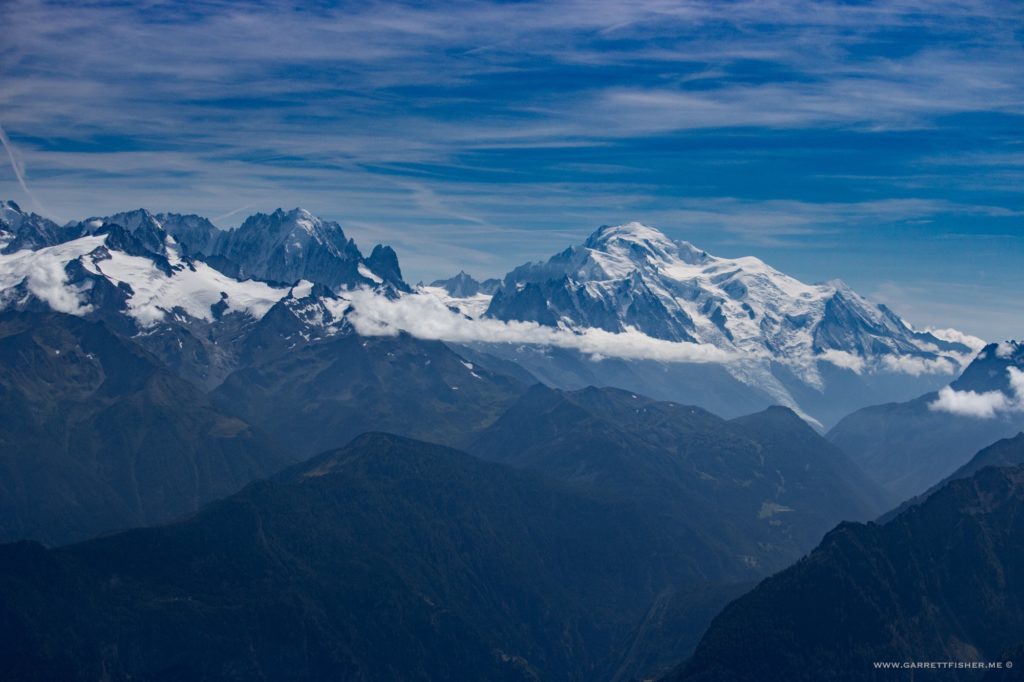 Grand Chavalard above, Rhône River below. 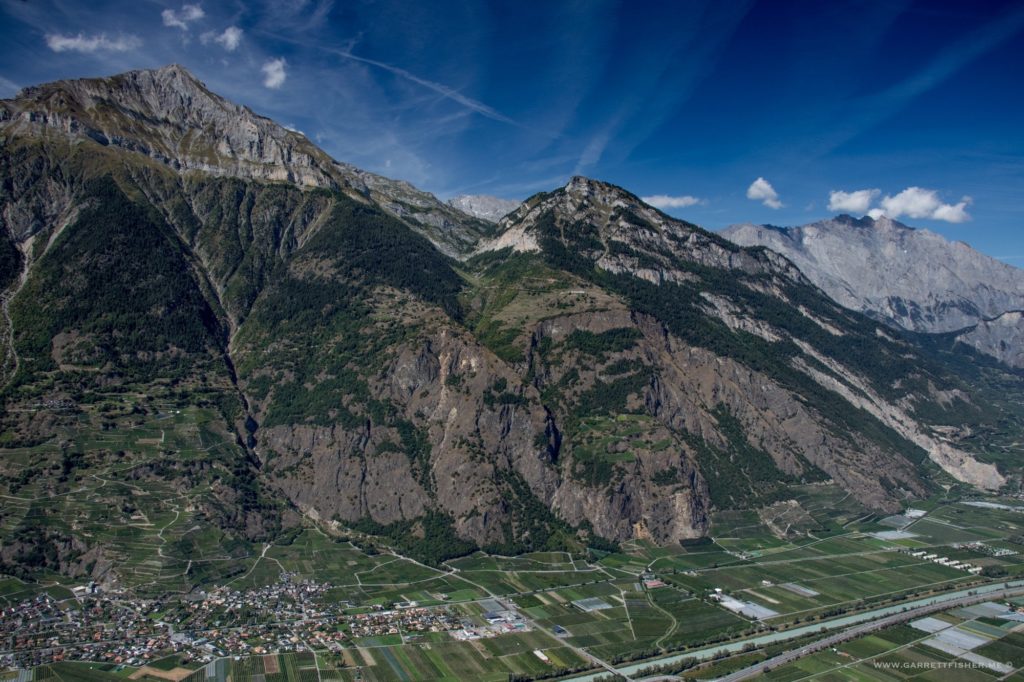