Since most people probably do not know what a larch tree is, I will explain. It is a pine tree where the needles change color in autumn, fall off, and grow back again in spring. Most pine trees are not larches; they are ultimately a minority and found in unique locations, such as the northern Rockies, and the Alps. I’ll get in to some common locations another time.

For some bizarre reason, I have had this overblown “spiritual” connection to them, if anything because they are eternally out of reach and represent that which lies over the next hill, where I currently am not. Anyhow, I had a mental note that sections of the Alps have quite a few, and I wanted to make sure I saw them.

I also had another objective on this flight. My grandfather had passed away the week prior, and I was due to take a long flight back to the Pyrenees with the Cub a week later, before our immigration allowance went kaput in Switzerland, which happened to coincide with a notorious seasonal turn in the weather. Since proper airmanship involves a continuous monitoring of one’s mental and physical health, a recent loss tied so close to aviation is something that requires controlled re-introduction, so I took this local flight in Switzerland to see how I felt, without the pressure of a six-hour flight involving three countries. Although my wife got me to agree “not to fly around Mt. Blanc” on this flight, I summarily wedged myself in a bunch of tight Swiss valleys, chasing dying pine needles and loving every second of it. In a nod to my grandfather, he never could understand why the grieving process should last more than a day, so…suck it up and get back in the plane? 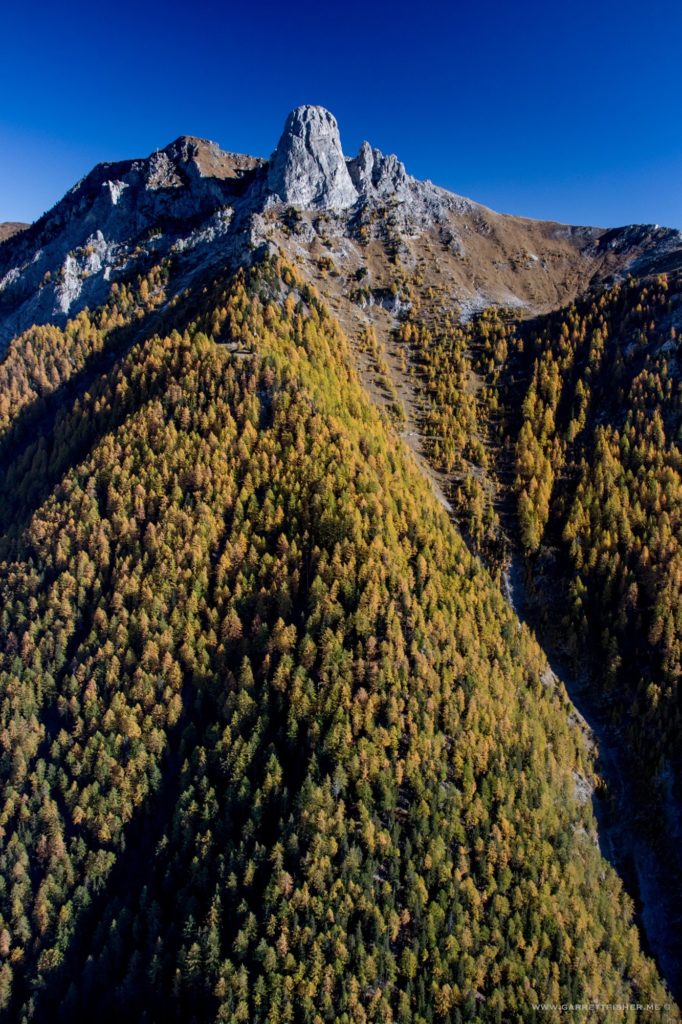 Veysonnaz, with west end of Sion runway on the right side down in the valley. 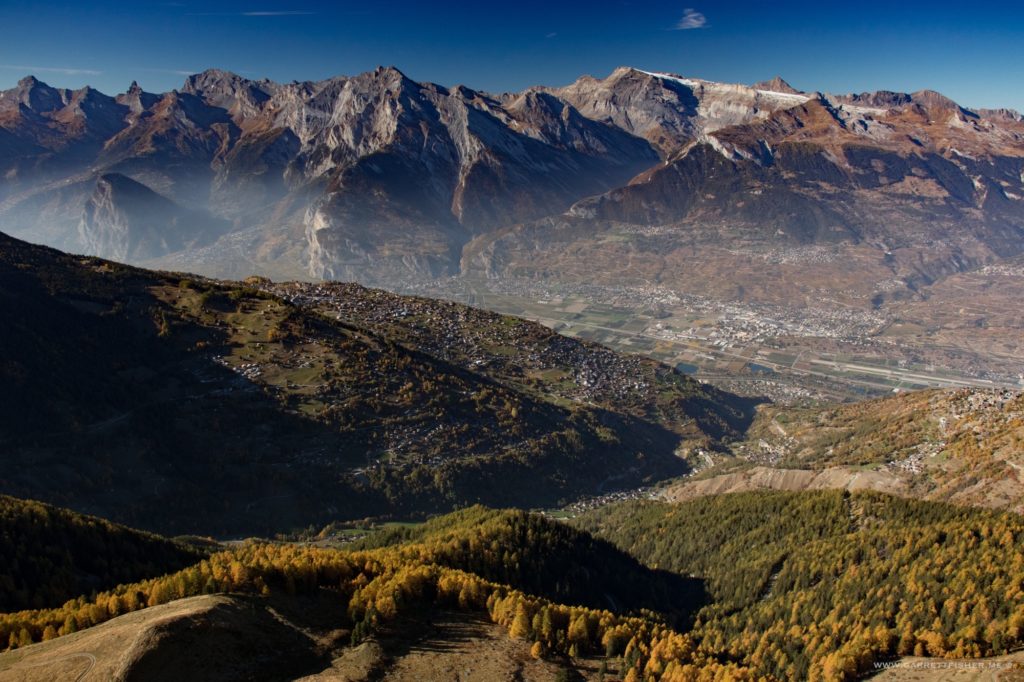 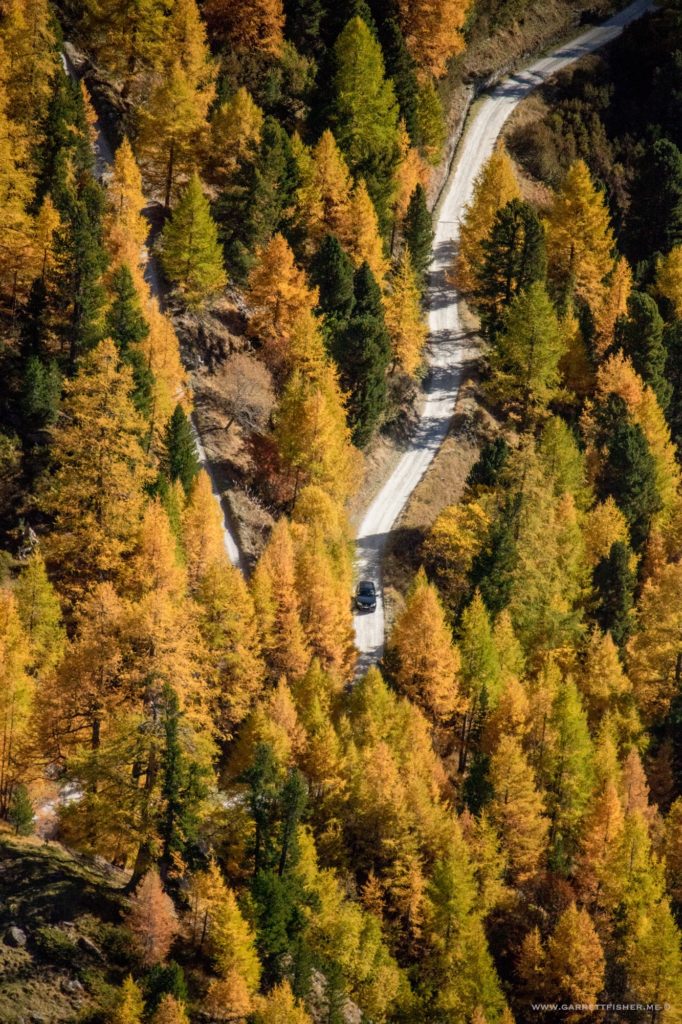 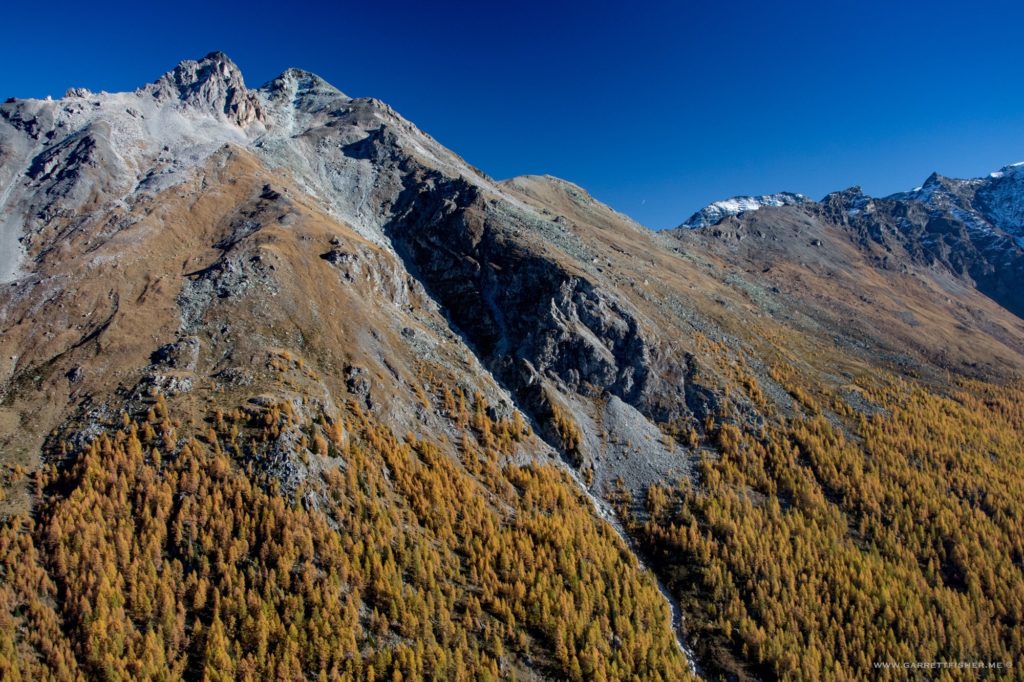 Dent Blanche with some orange trees beneath it and an intrusive shadow in the middle. 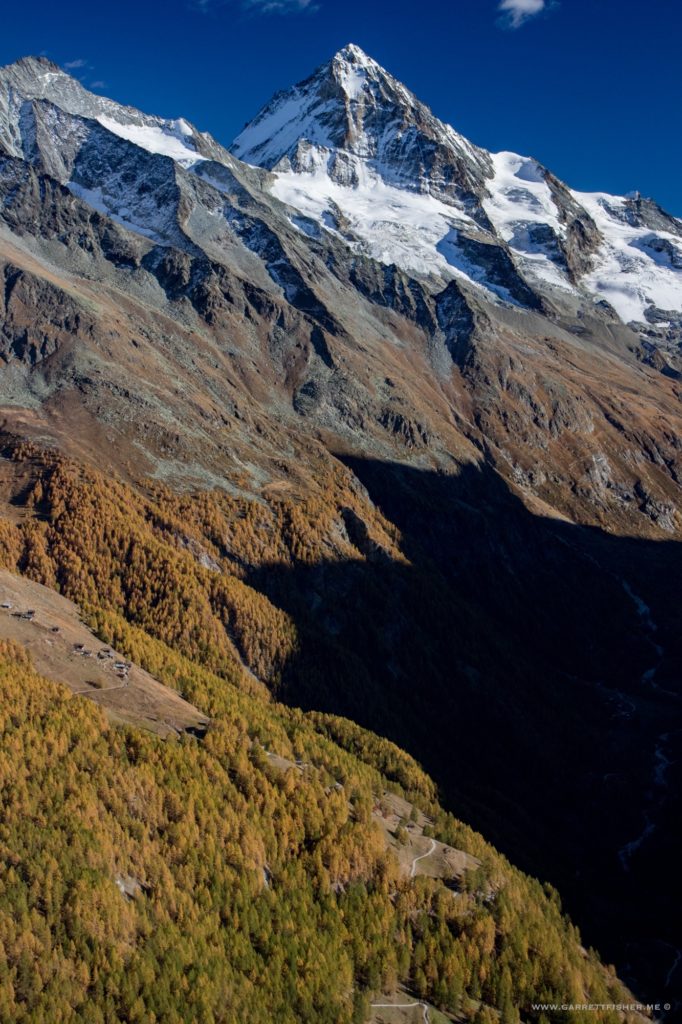 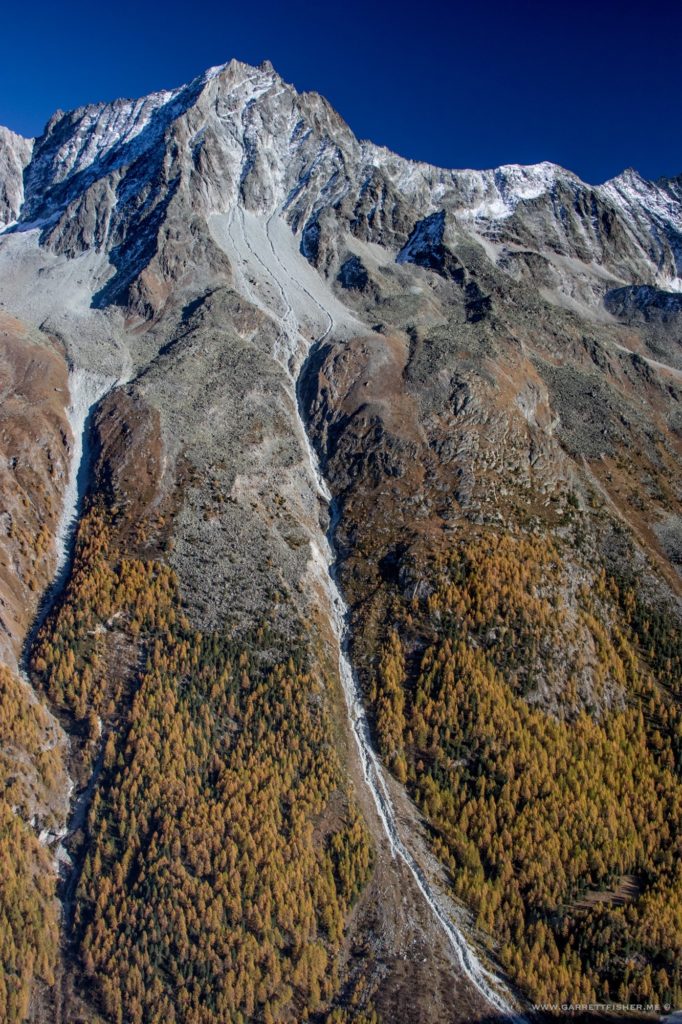 Mont Collon and the deceased Glacier d’Arolla beneath it. I would not fly here in a faster aircraft as its rather tight. Glad I am not doing anything dangerous. 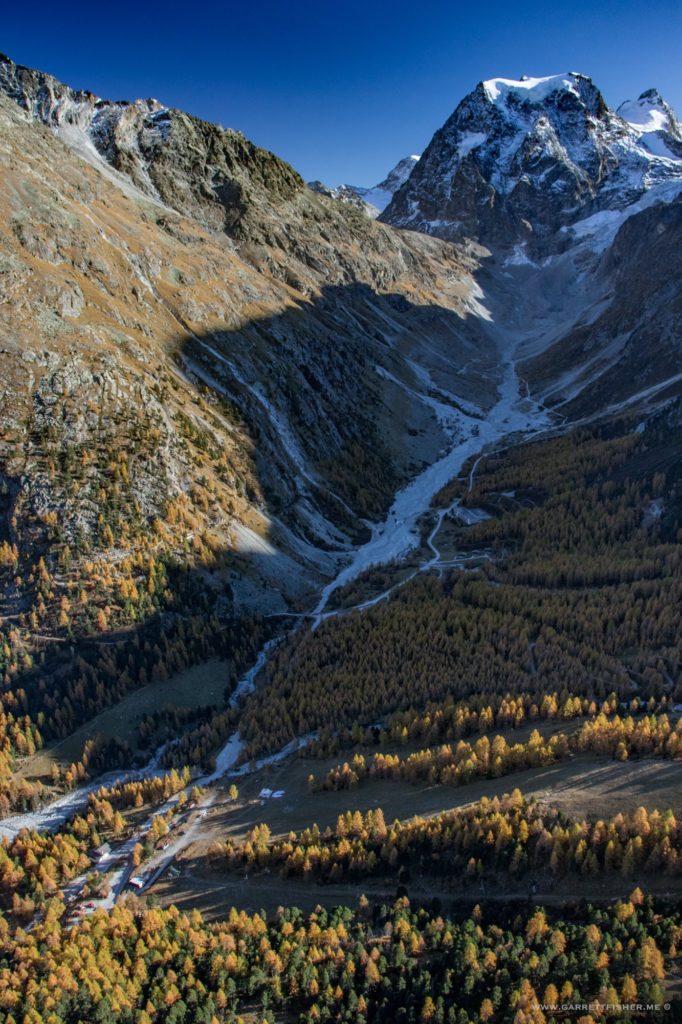 Bottom of the north slope of the Grande Dent de Veisivi. 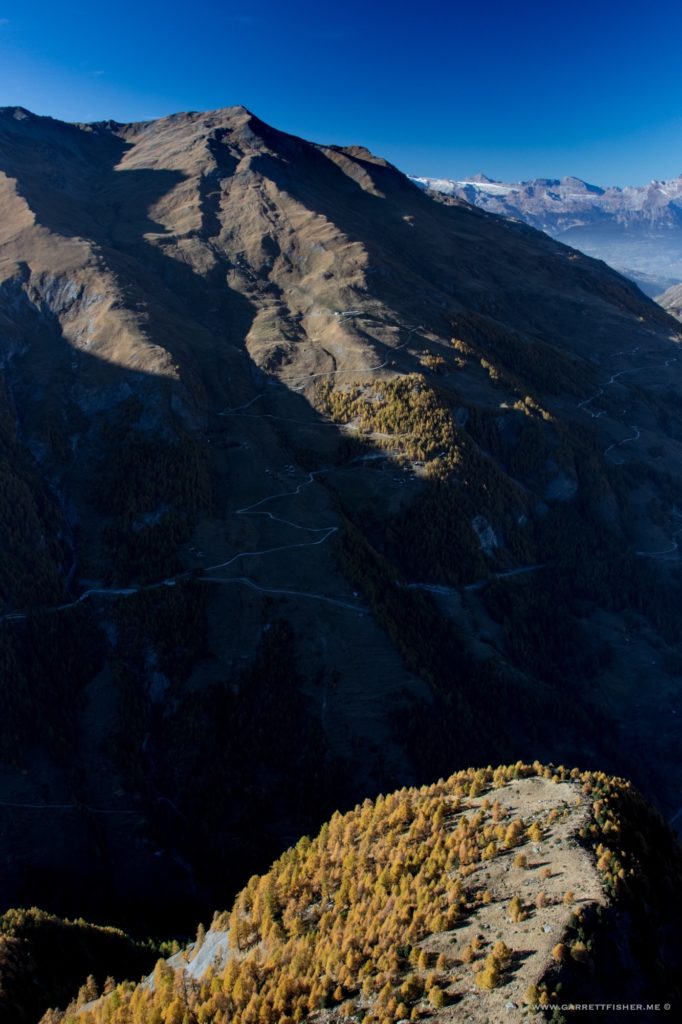 Somewhere above the Rhône River valley. 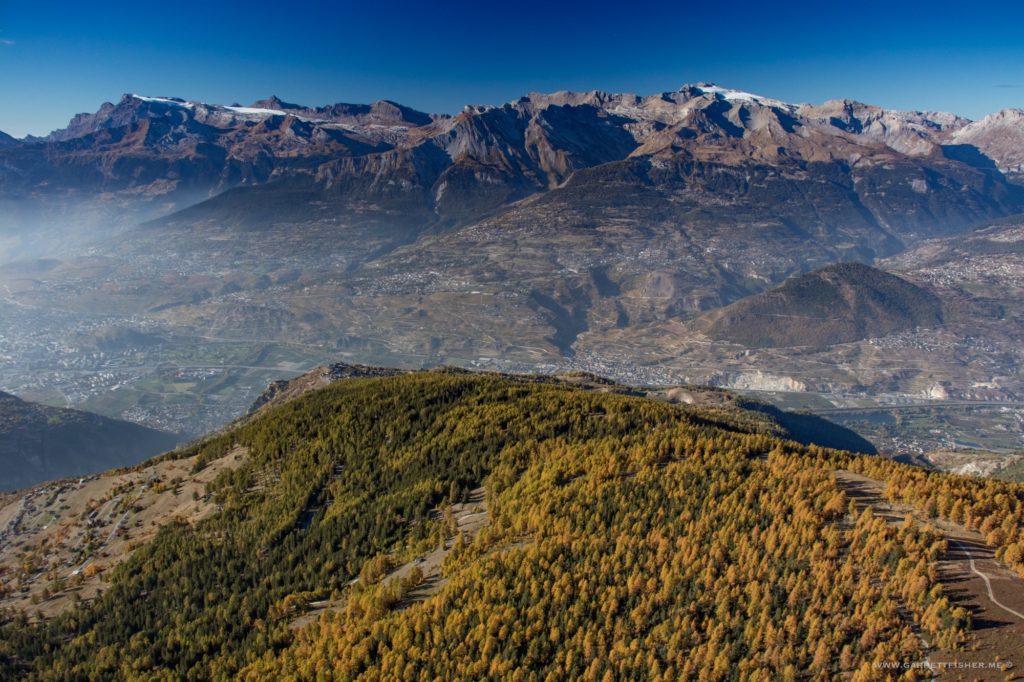 Rhône River valley, filled with autumnal haze spewing forth from Lake Geneva. Sion Airport (my origin and destination) is down in the murk. 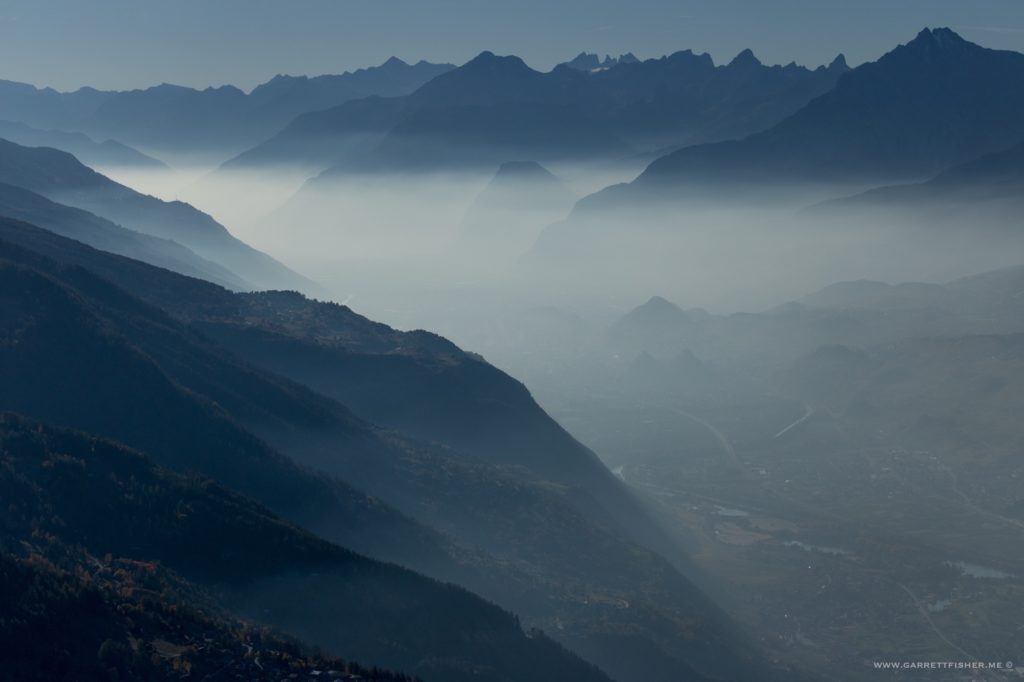 Vineyards getting in on the action. 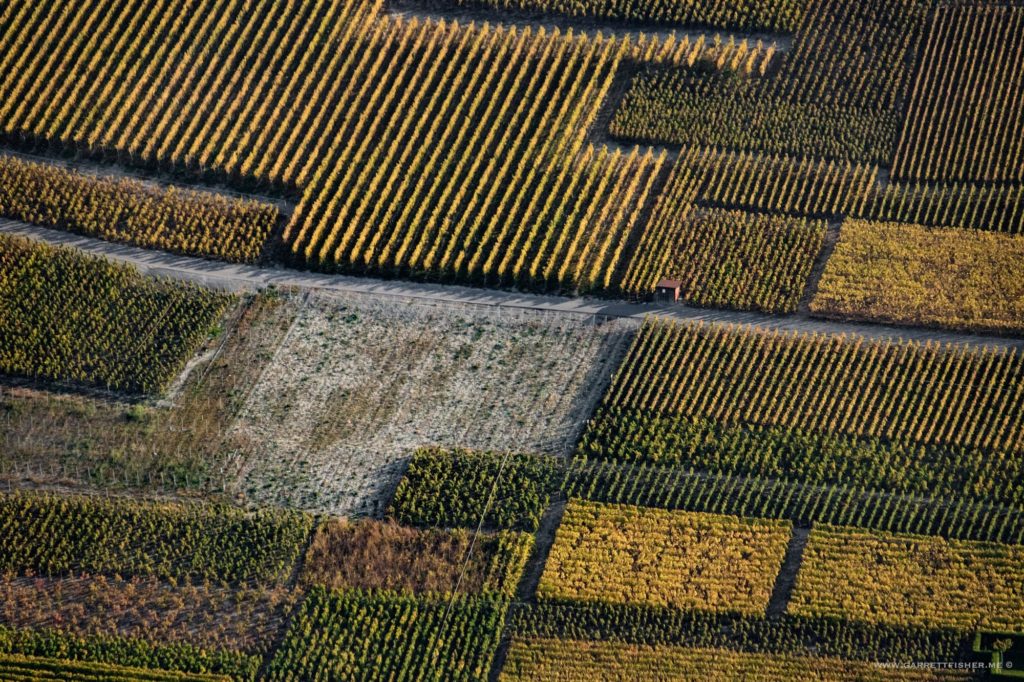