One of my many projects under development is a book containing photographs of the “3000ers” of the Pyrenees, which are 129 peaks over 3000 meters (9,840 feet) in height. Yes, it is an arbitrary list; however, it is one endorsed by other people who spend time browsing the internet (and maybe even climbing some of them). The Appalachians feature the “Southern Sixers” (peaks over 6,000’), Colorado has its 14ers (peaks over 14,000’) – both of which I have done books on – the Adirondacks have the 46ers (46 peaks traditionally viewed as over 4,000’). For some reason, I like this sort of thing.

The problem is that I am on the eastern side of the Pyrenees, and most of these peaks are in the central and western side. To make matters worse, I got pretty close to the western ones in my first flight over there in February 2017, though I had no clue I was going for this list, so I missed about 10 of them, near Vignemale (10,820’), which is the highest peak in the French Pyrenees.

I opted to get them in summer as I have enough of the big peaks in winter. This year it is quite green, so the tones were nice.

On the way back, I went a bit south to the Sierra de Guara, north of Huesca, a section of terrain that has demanded some push pins on the map. I must say I was pleasantly surprised by the explosive flowers and severity of terrain.

So now I have photographed all of them – just need to write a book. 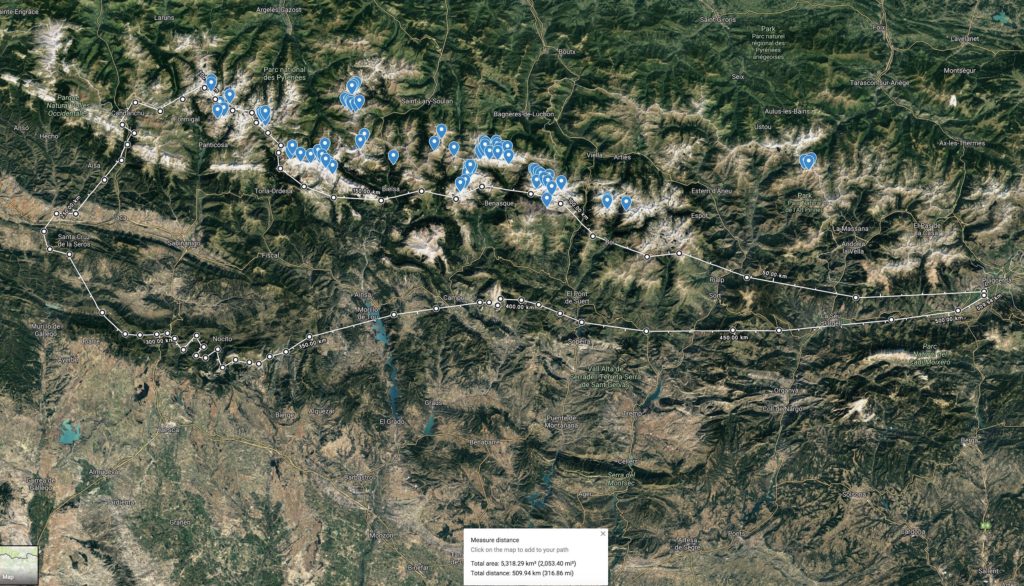 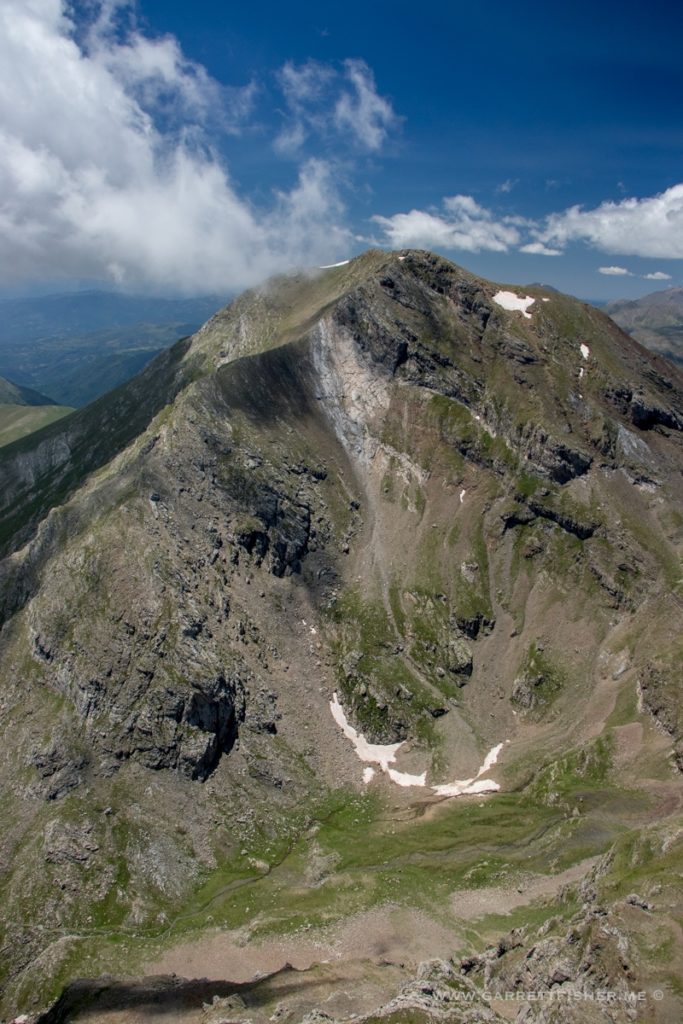 Rio Bellos. One may note that I am avoiding showing too many mountains. Its not like they haven’t been seen before on this blog, so I am showing the view away from the Pyrenees. 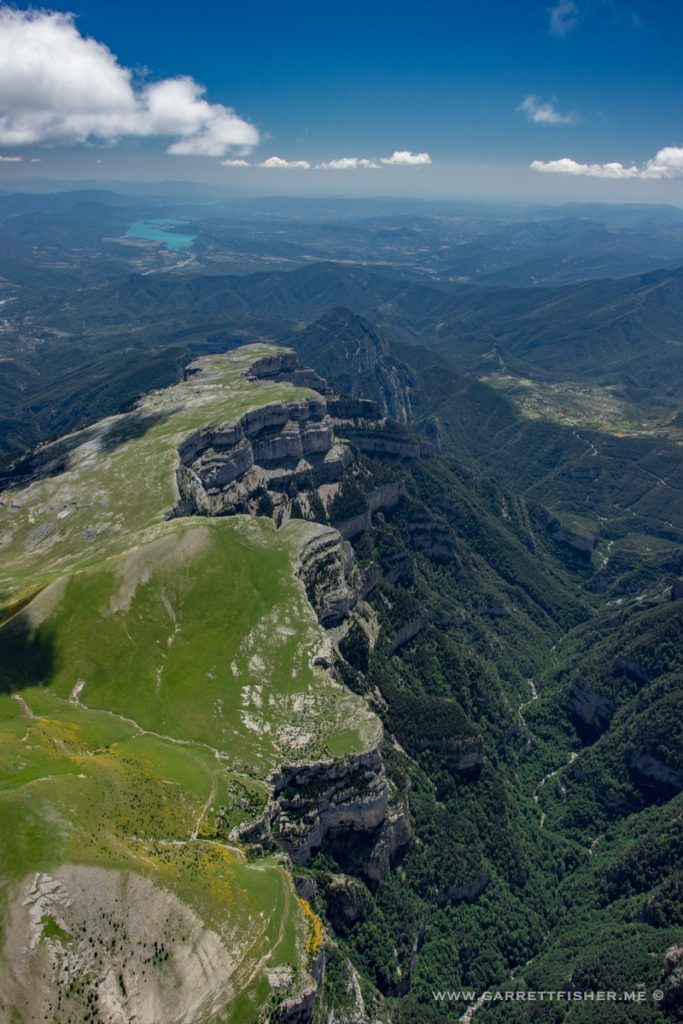 Ok, some mountains. Monte Perdido, viewed from the northwest outside of the fascist restricted area. Note the yellow flowers in the foreground. These flowers will make an appearance later on in the flight. 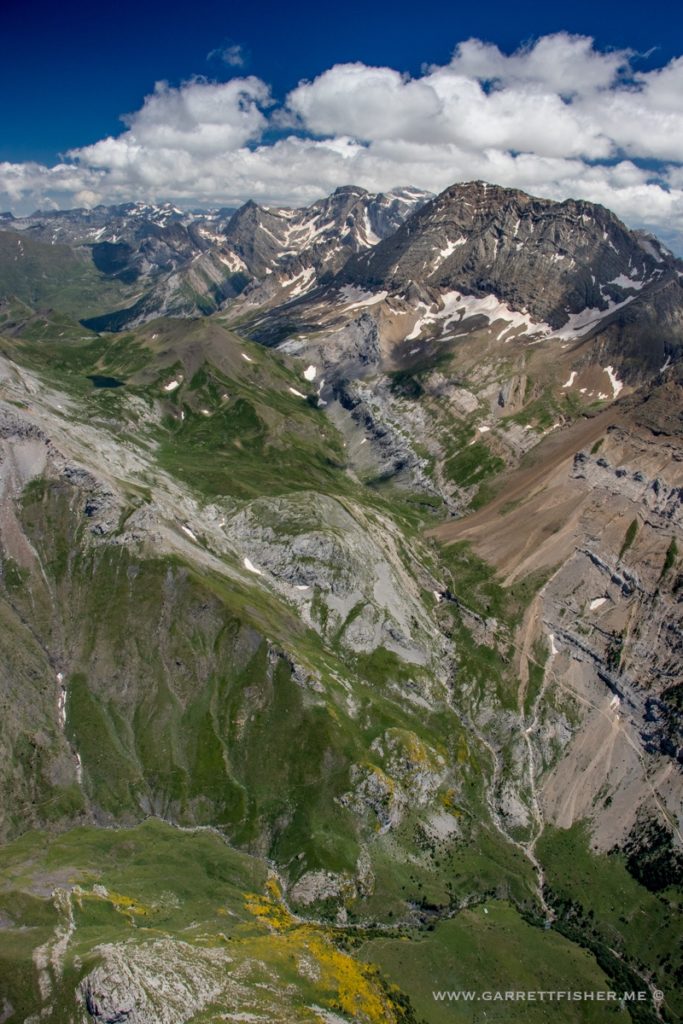 Rock patterns to the west of the Rio Ara.

Vignemale, from the Spanish side. 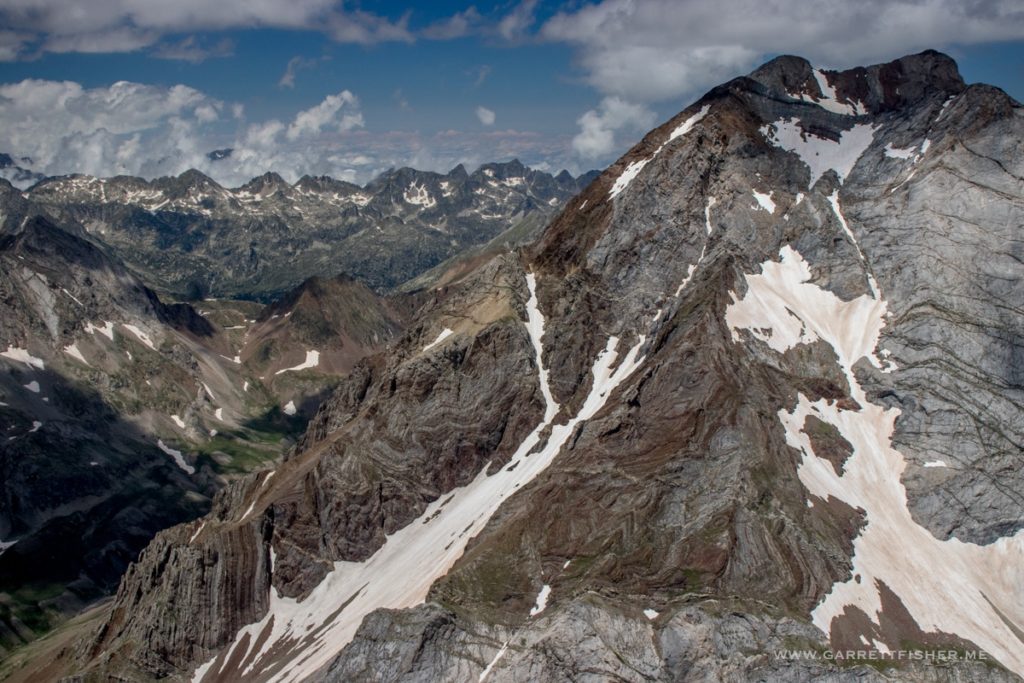 Google Maps says Balaïtous (10,315′ / 3.144m), which is the French name. Spanish is Balaitús. Apparently there is a language called Aragonese for which it is named Pico Os Moros and while we’re at it, there is Occitan, where it is named Vathleitosa. It is on the border with France (Spain left, France right), and both obviously have regional languages in this neck of the woods, though unlike Basque Country to the north and Catalunya to the south, everyone seems to get along here.

I am unsure exactly where this is. 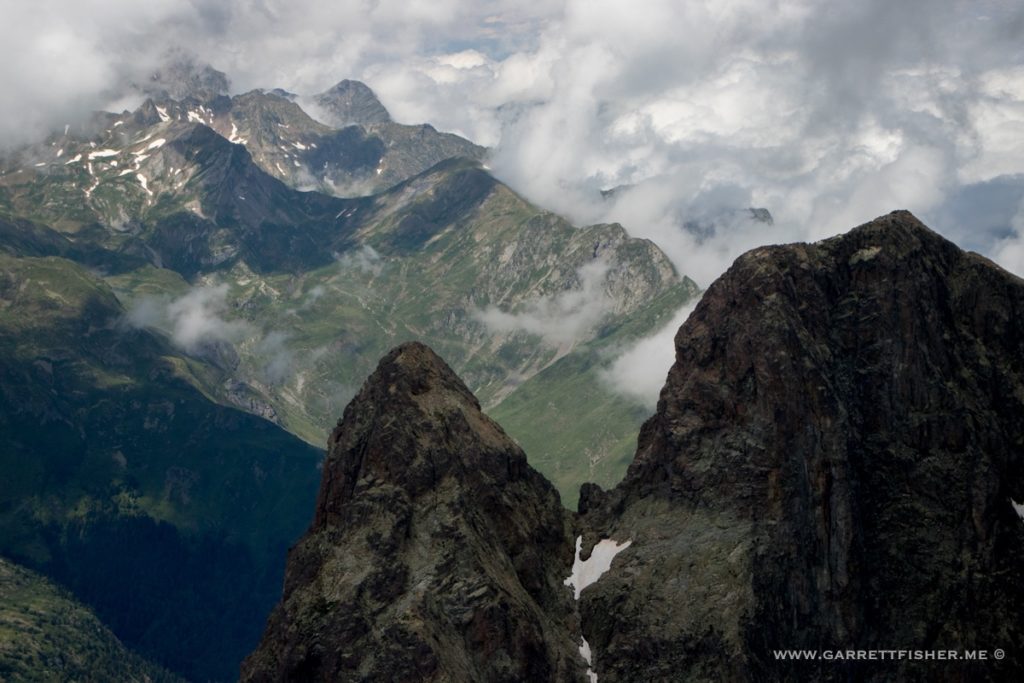 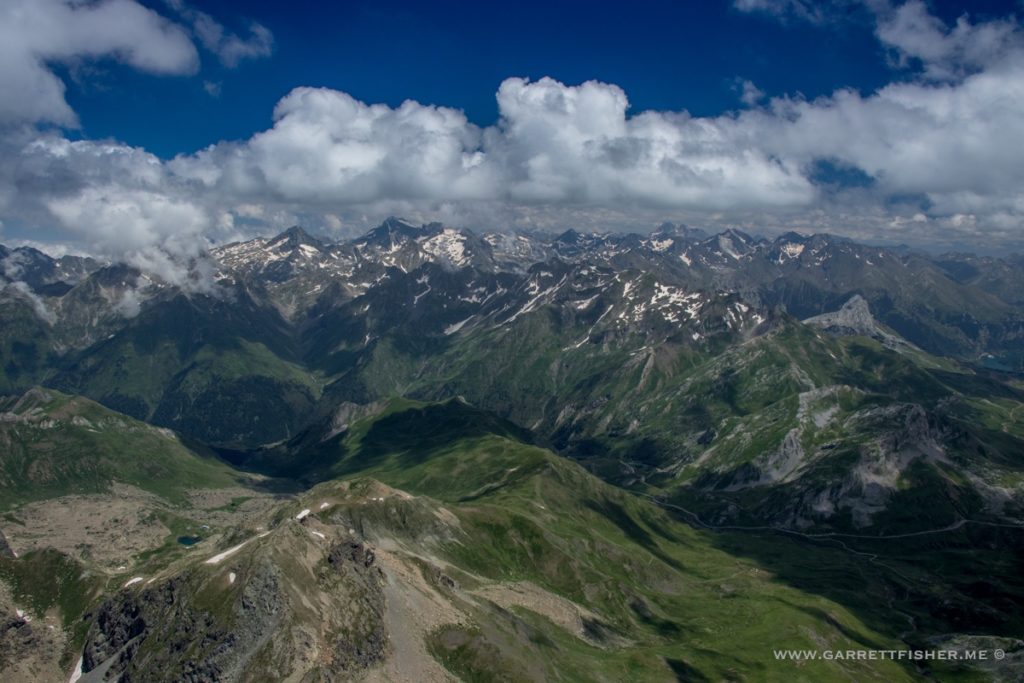 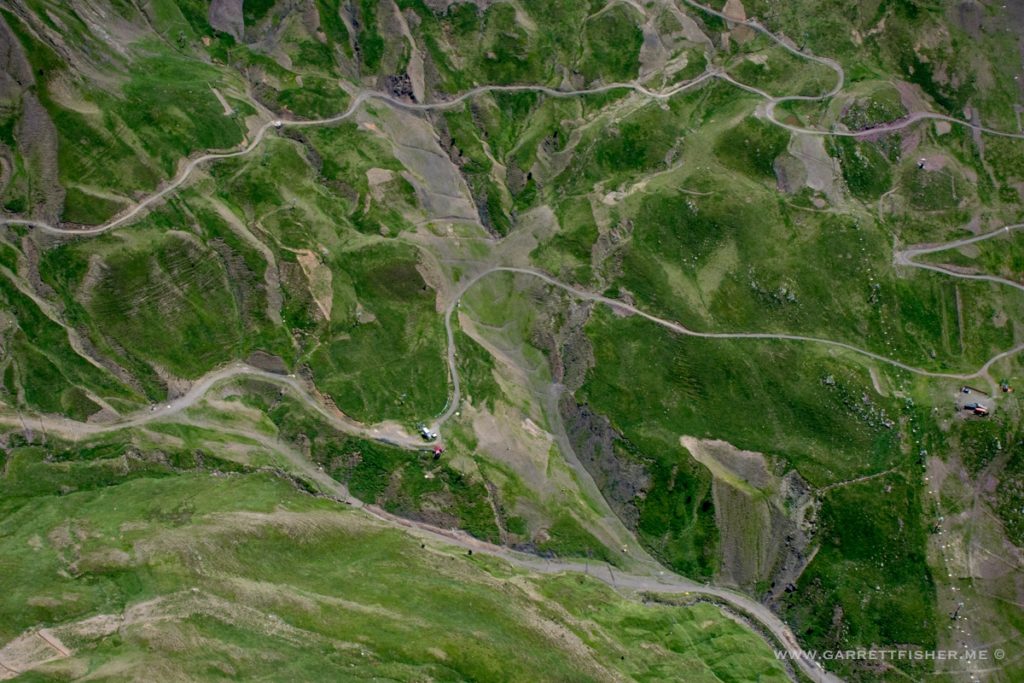 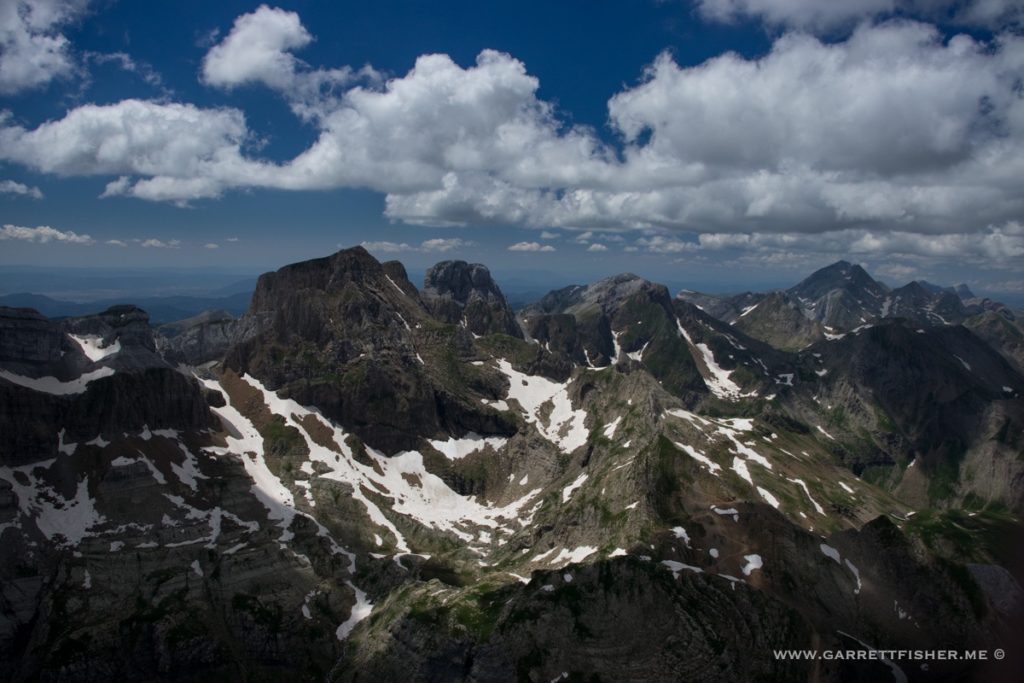 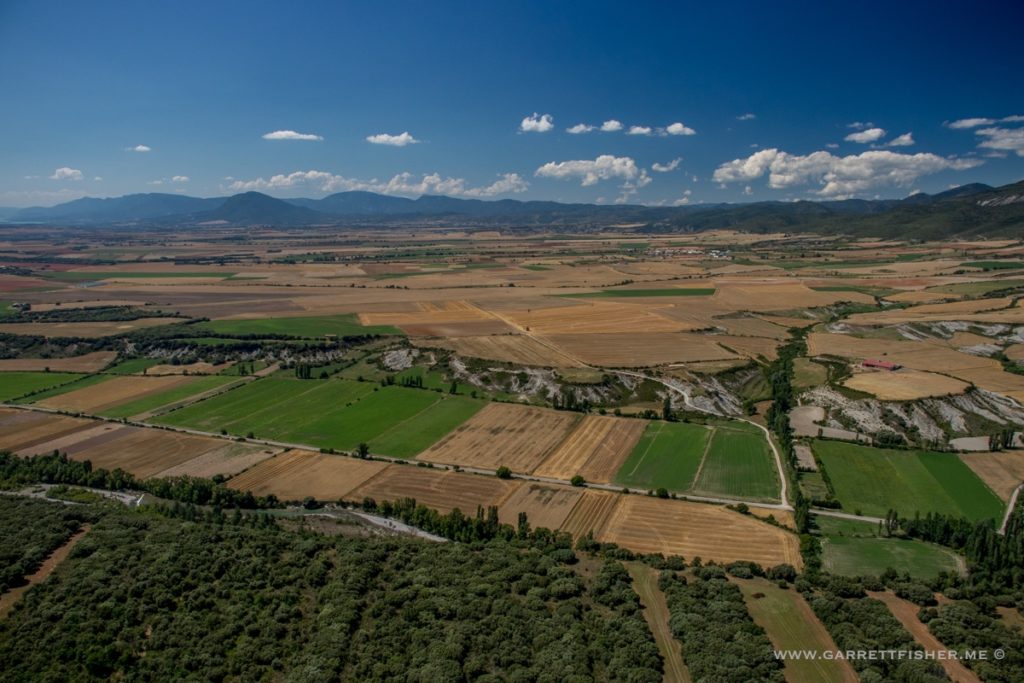 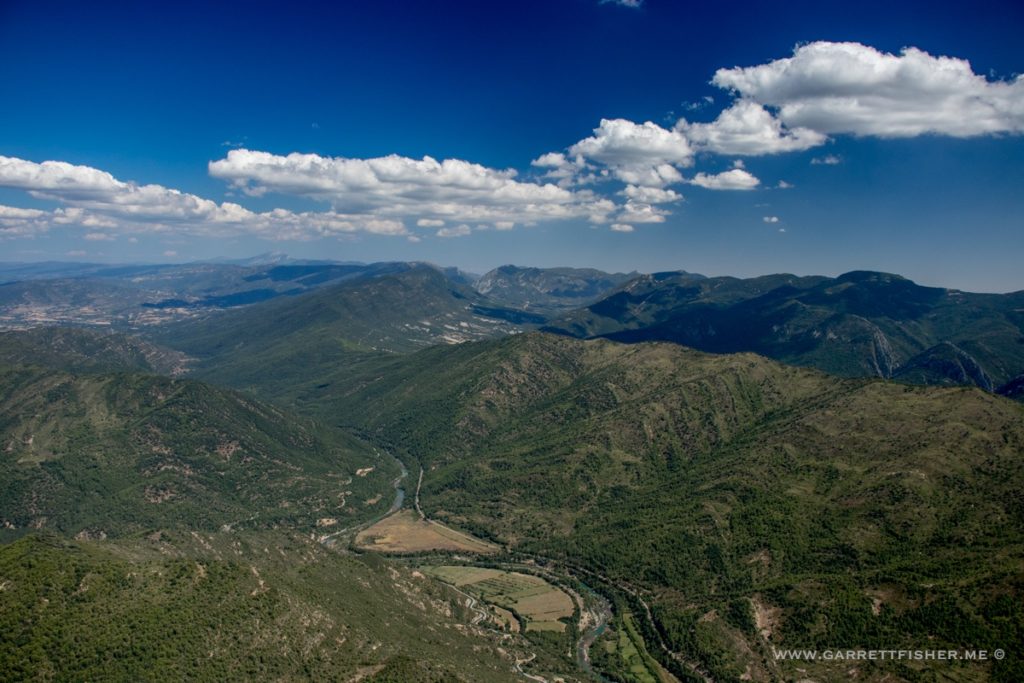 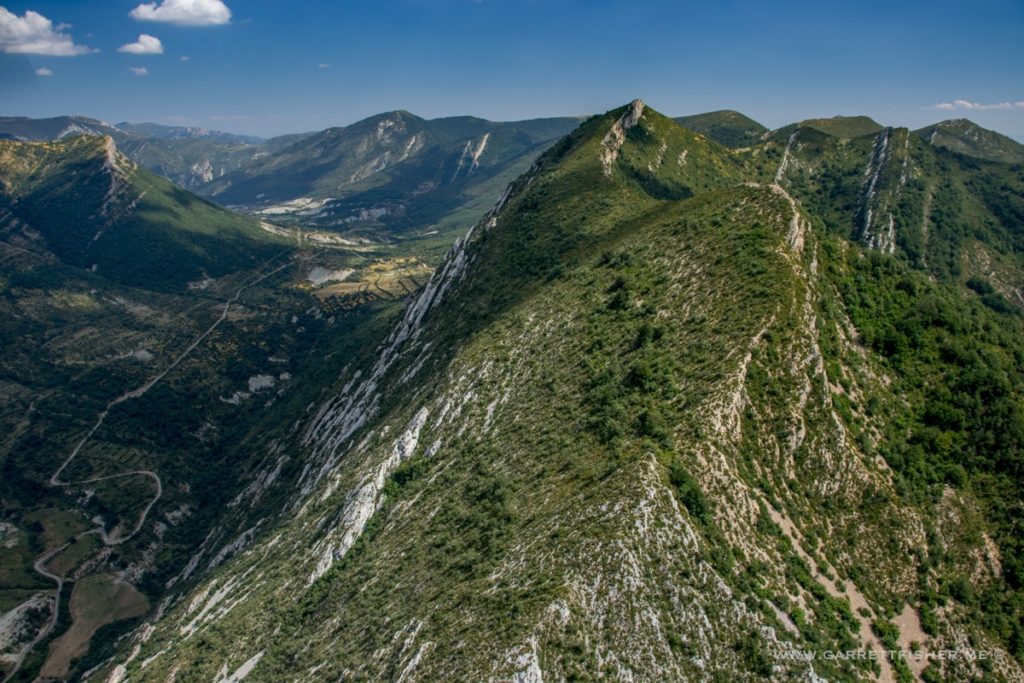 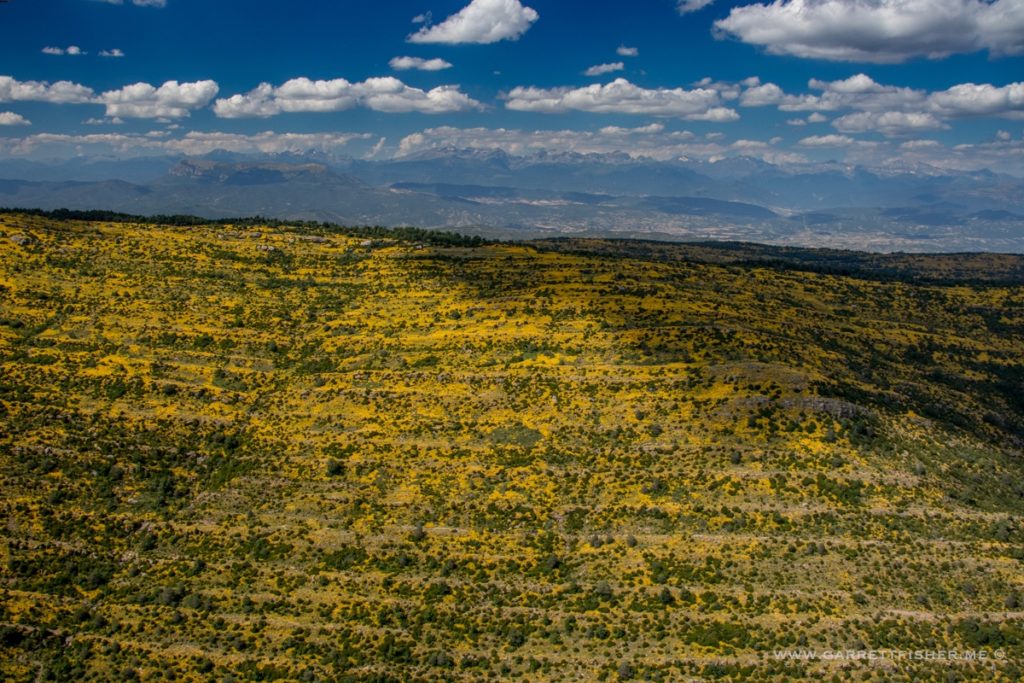 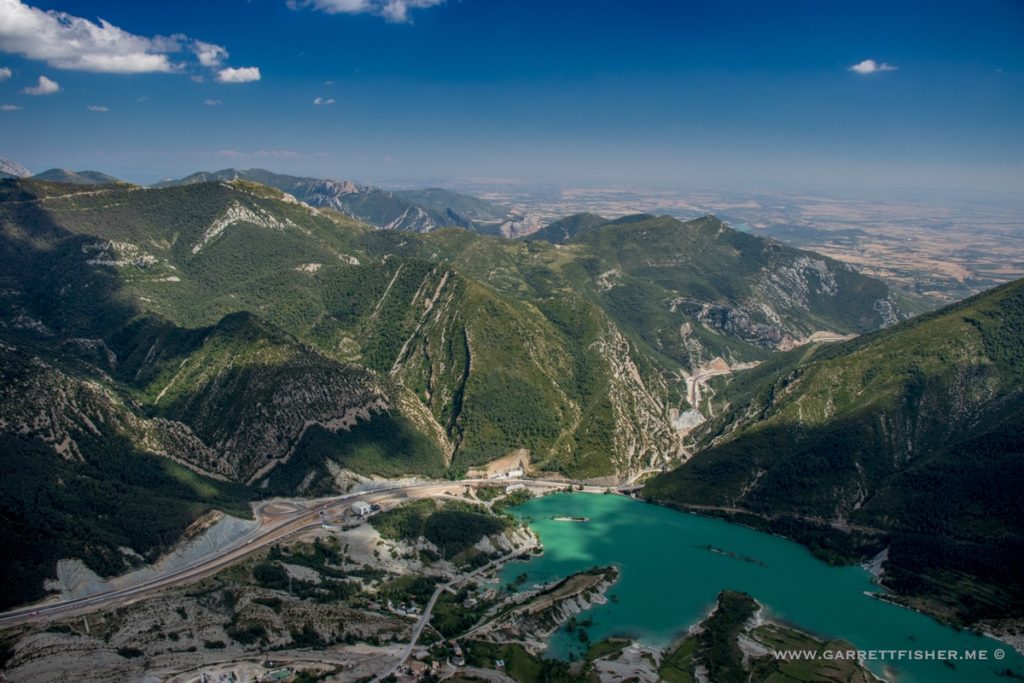 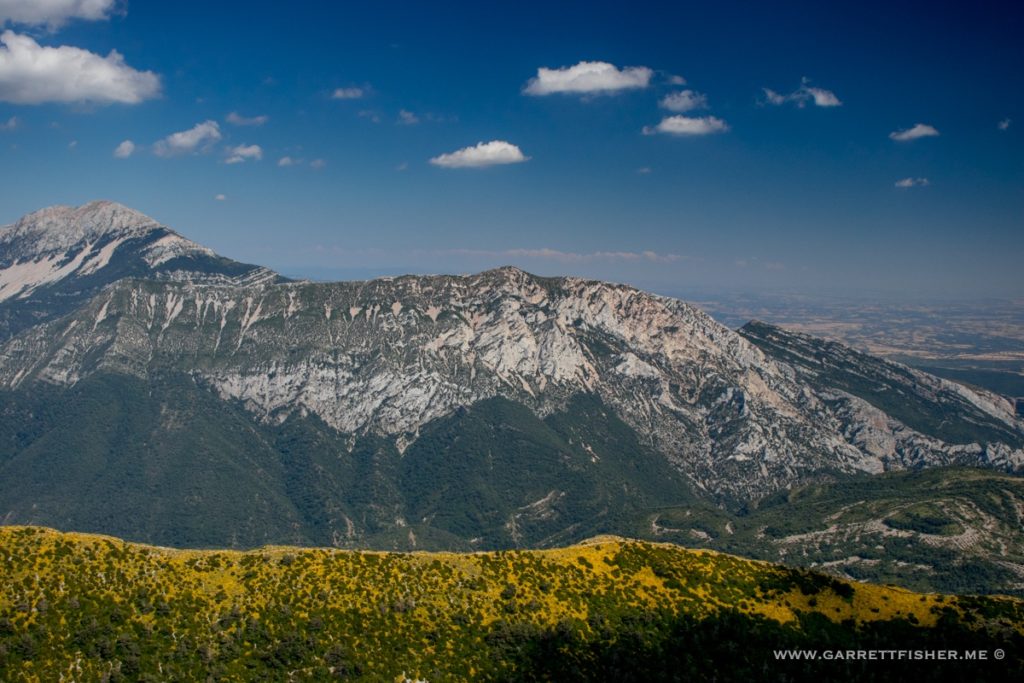 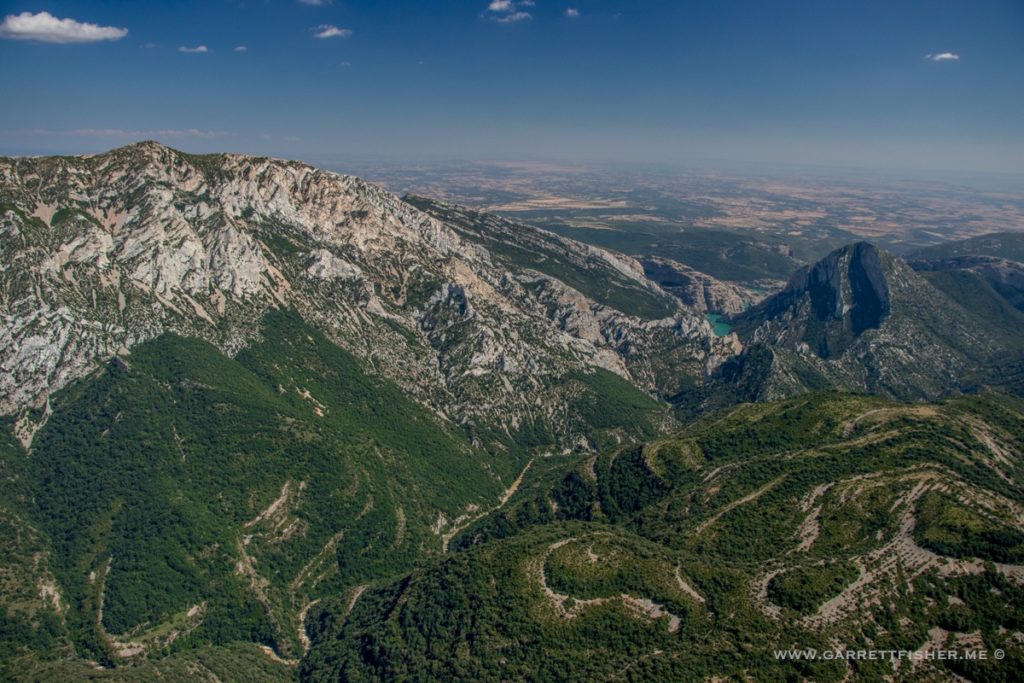 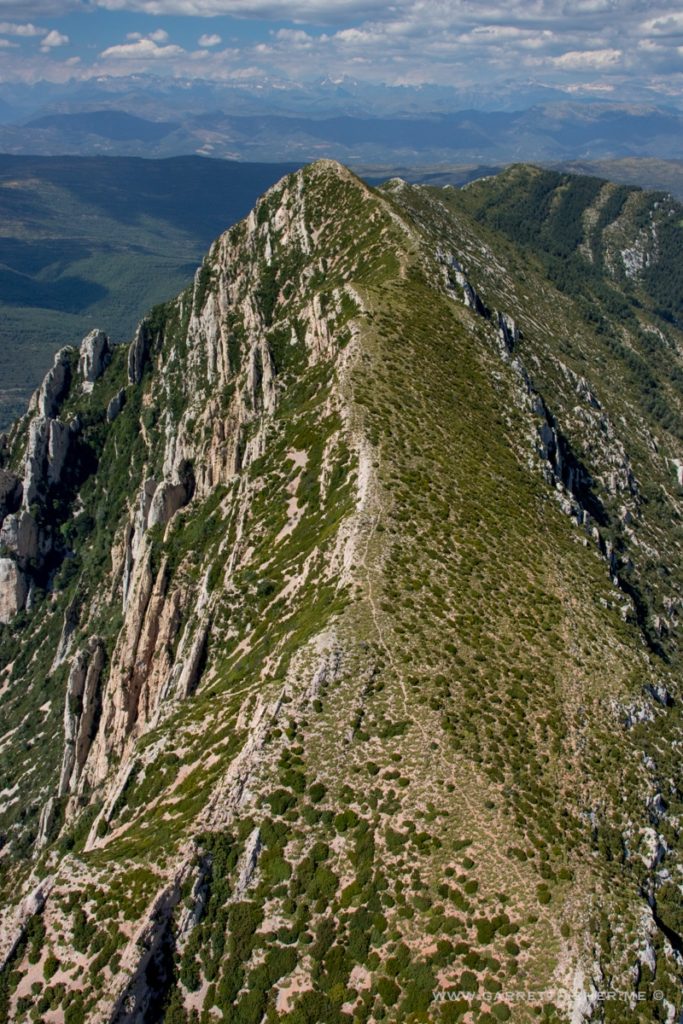 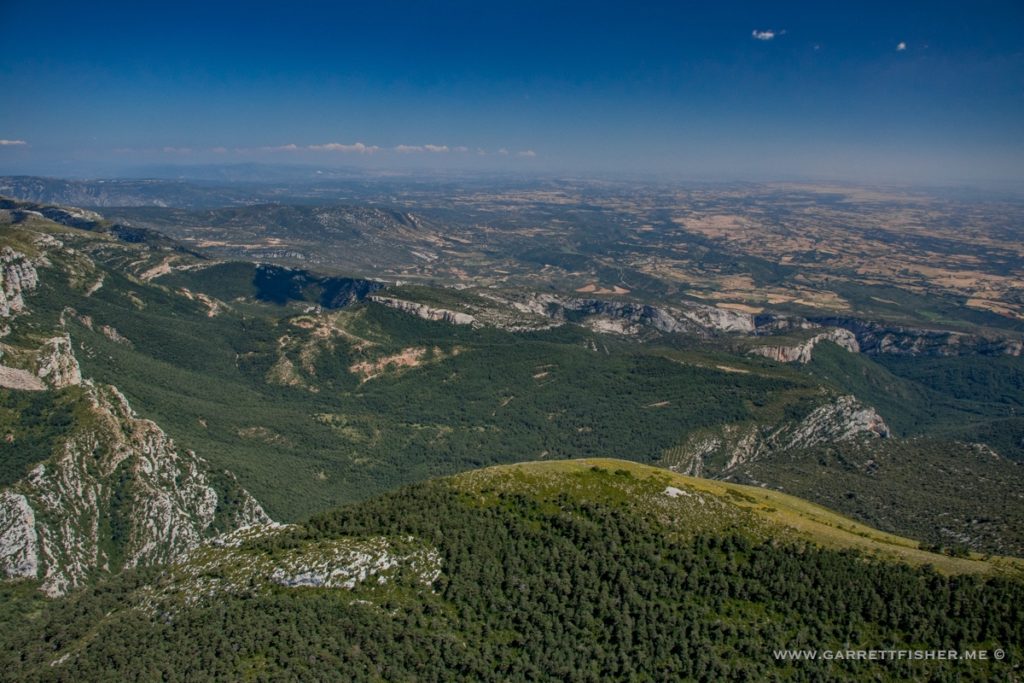 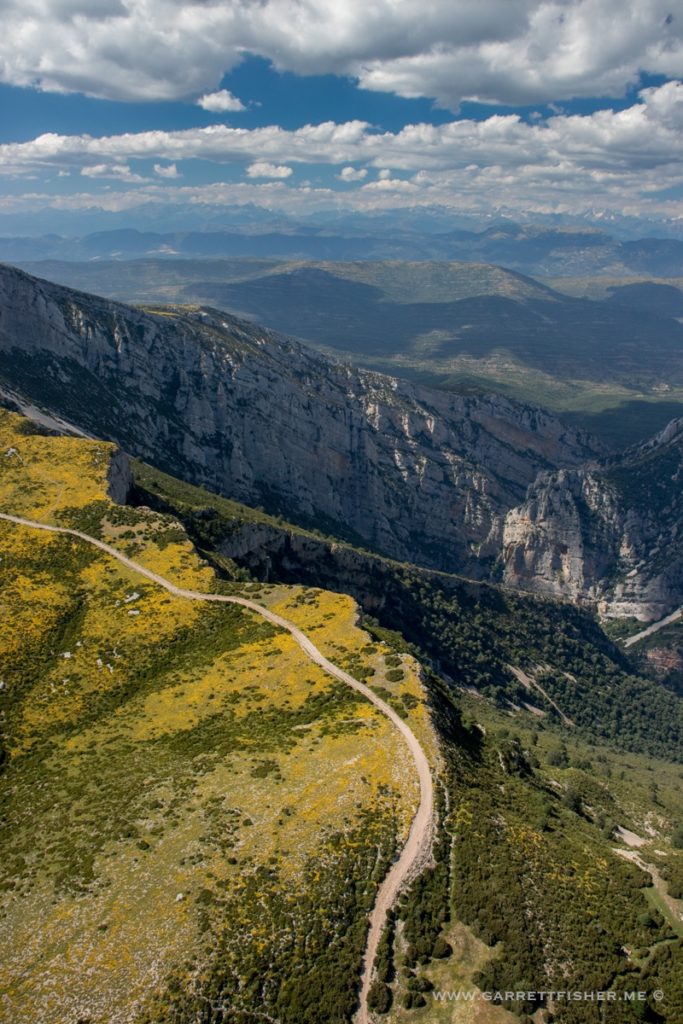 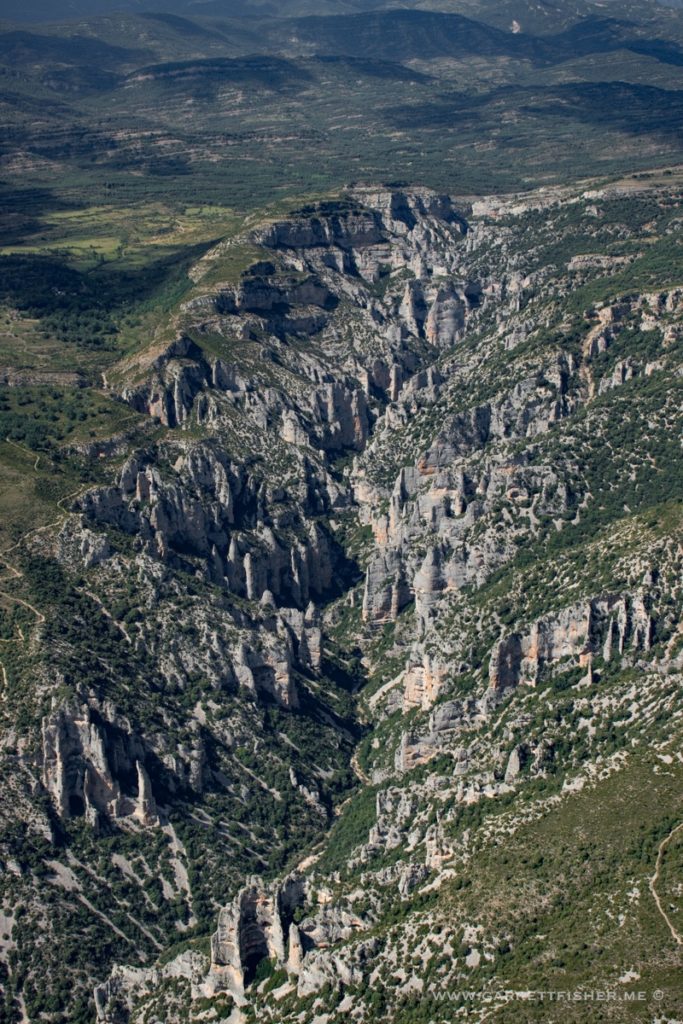 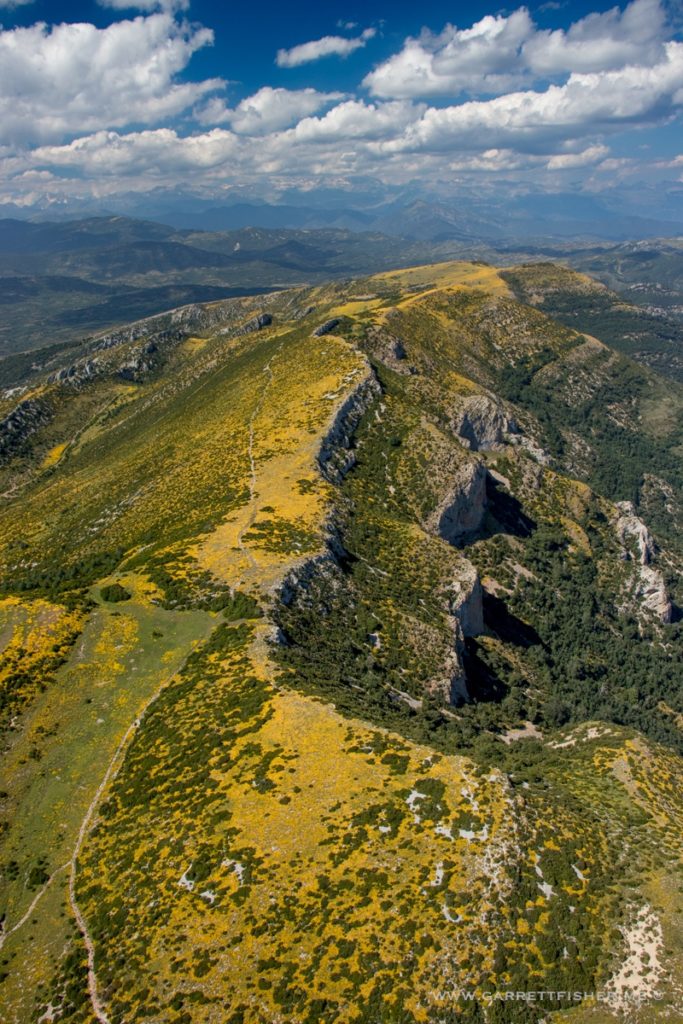 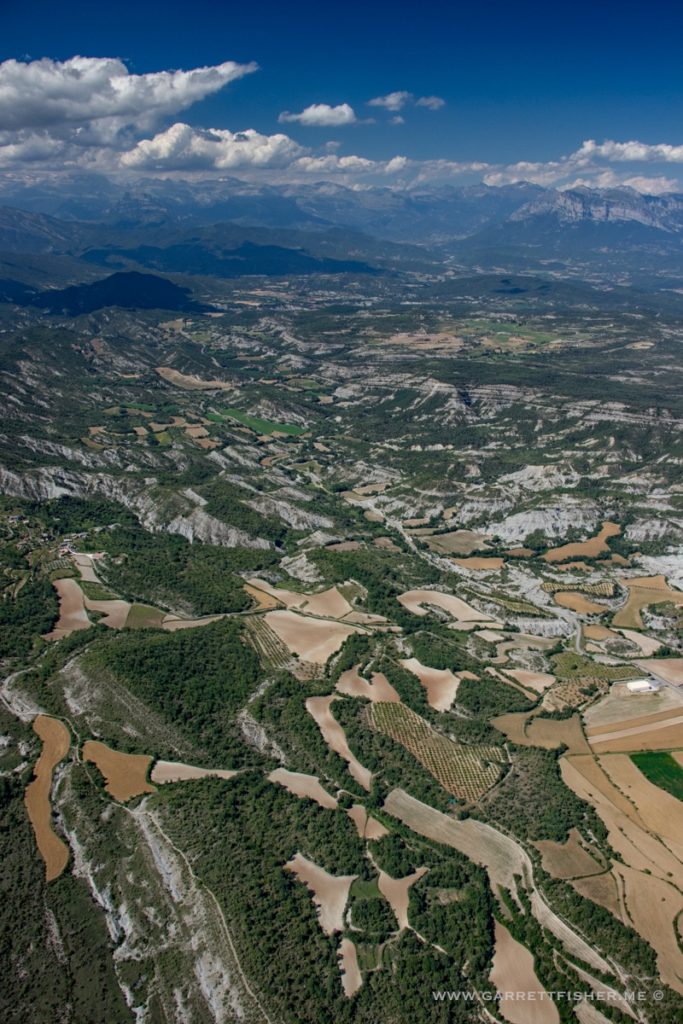 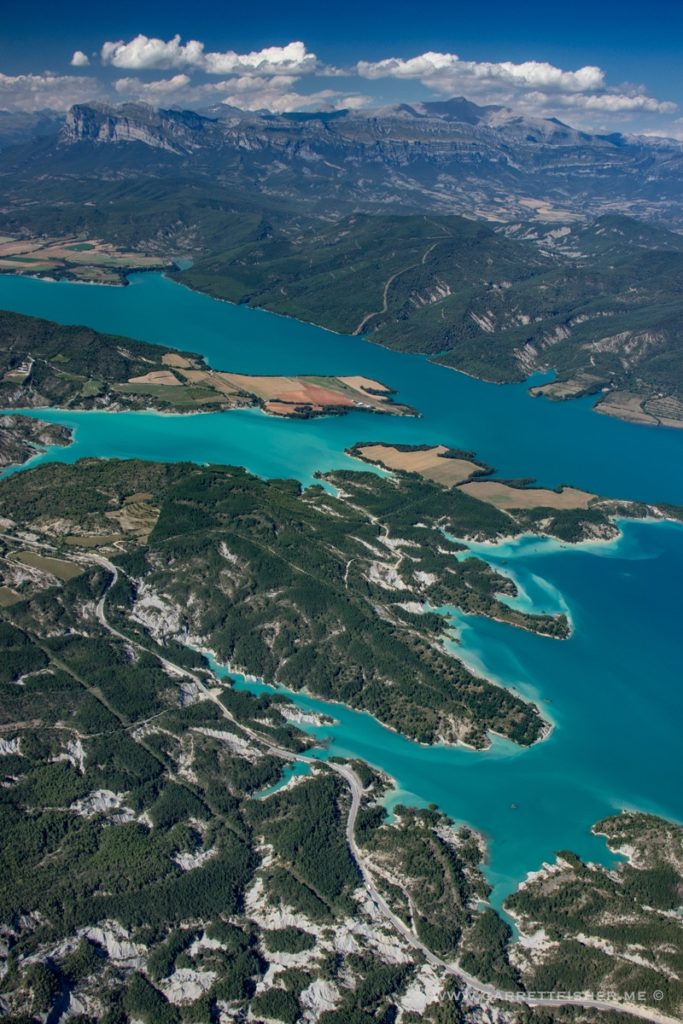 I have no clue what to name this, as there are a bunch of tiny village names all over the place. Shove Lascorz in there if you’re hell bent on finding this on Google Maps. 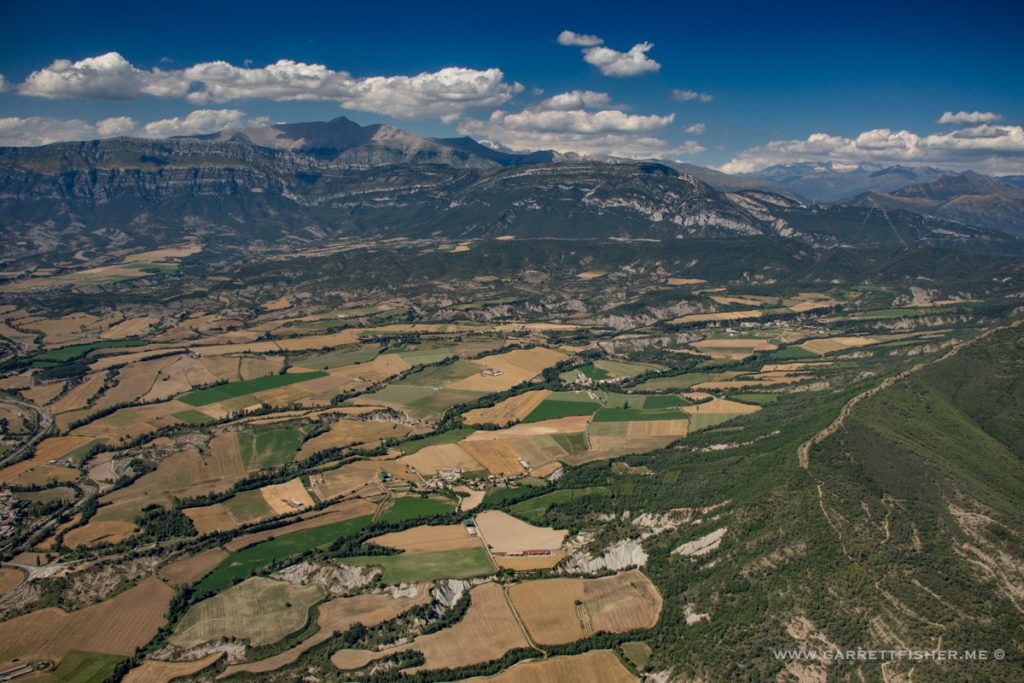 Something else that defies nomenclature. Near Bacamorta. 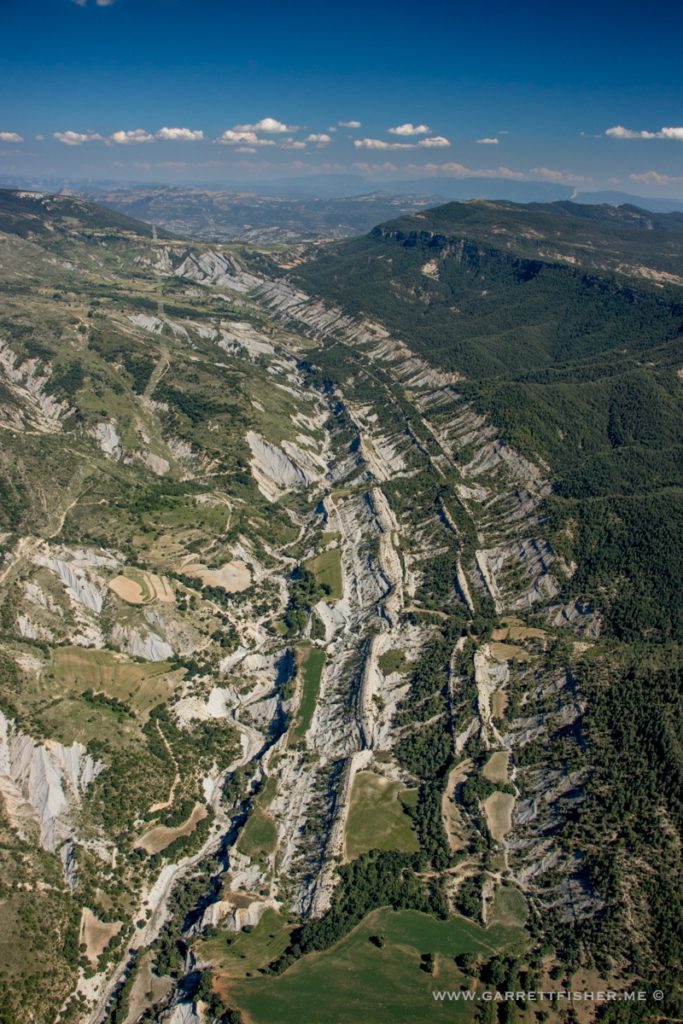 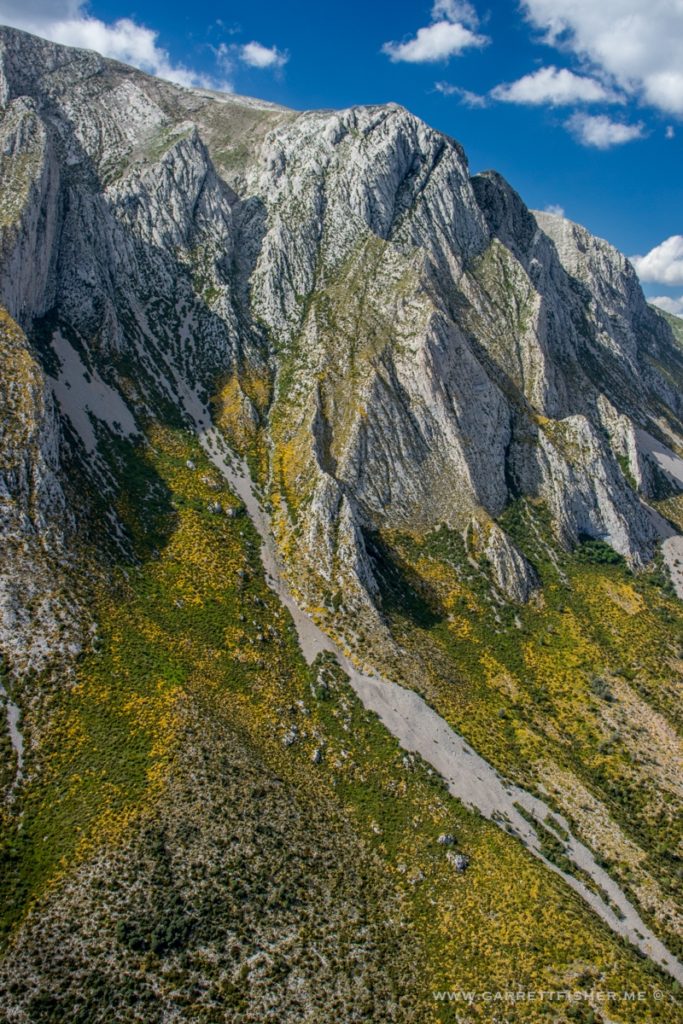