It didn’t take long to figure out that the weather here in the Pyrenees operates on a daily cycle. Some mornings, there is fog, though many mornings, there is an overcast layer. The overcast layer is usually shallow, and in many ways substitutes as fog. Somewhere up on one of the mountains around here above the cloud layer, it looks like a thick bank of fog below.

In either case, I surmised on this particular morning that the clouds would burn off in their usual pattern: middle of the valley first, south side second, north side last. As the first gaps in the clouds materialized, I got in the car and headed to the airport, seeing the first glider of the day being towed heavenward, through a hole in the clouds. By the time I took off, cloud coverage had dropped to 60%, and by the time I came back, it was down to only 10%.

Much like my wanderings in the Star Valley of Wyoming, it was a transcendently spiritual experience to climb over the cloud layer and sail above them without mountains sticking up on both sides. It is a beautiful experience that feels as incredible as it looks. 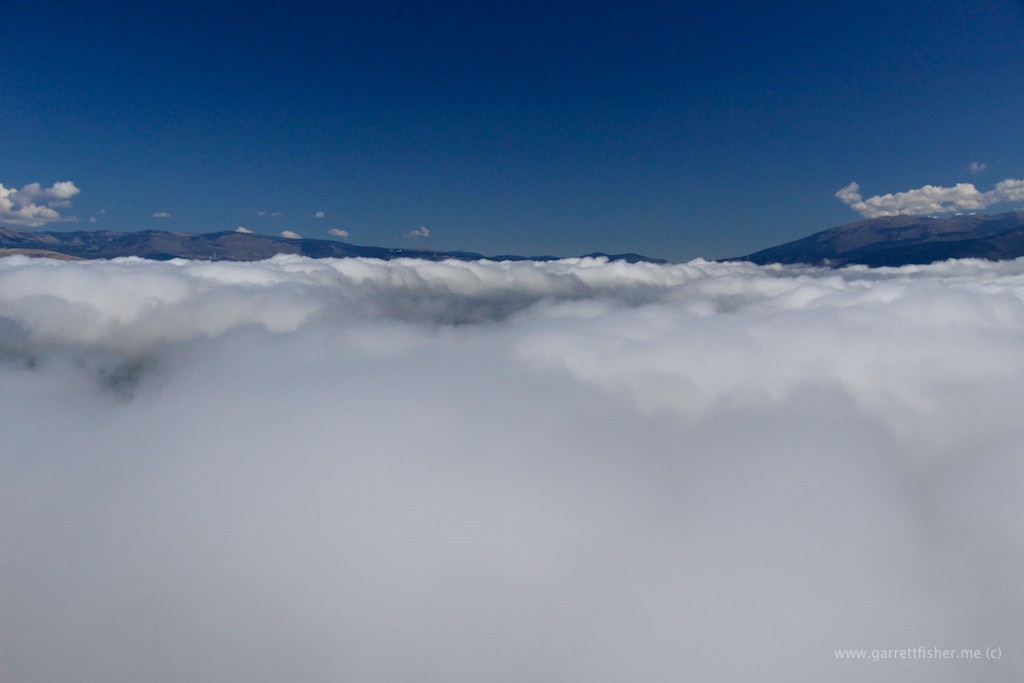 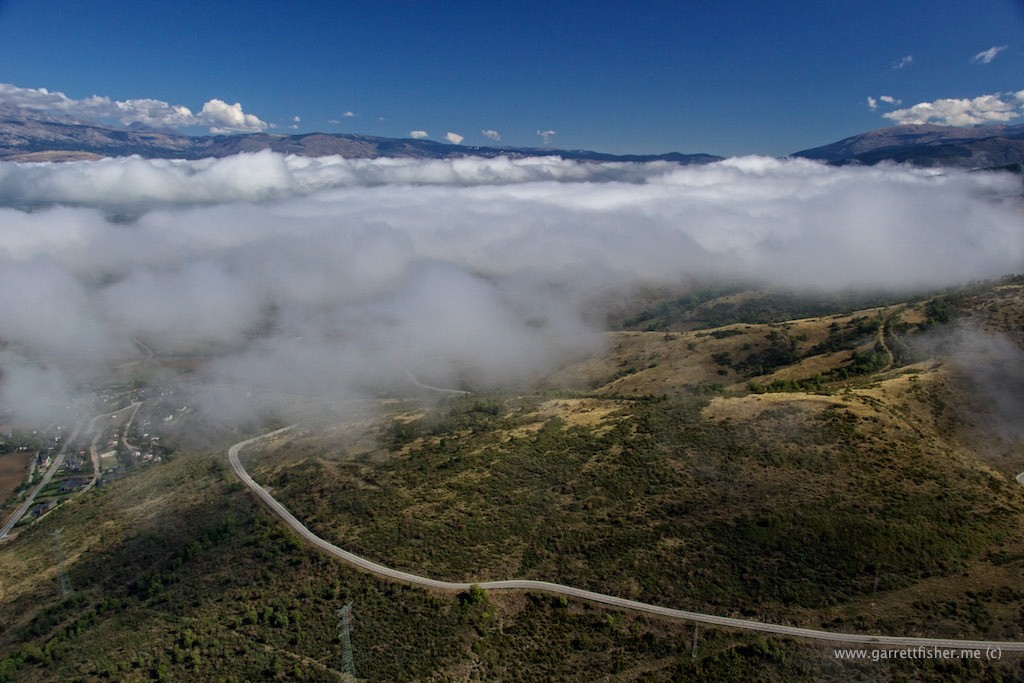 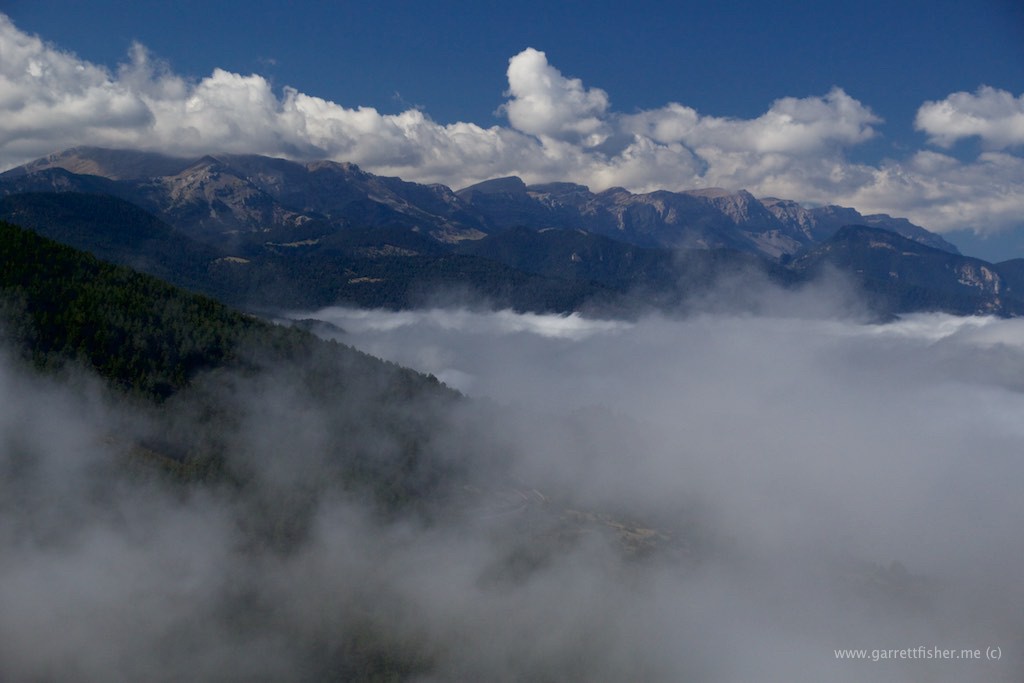 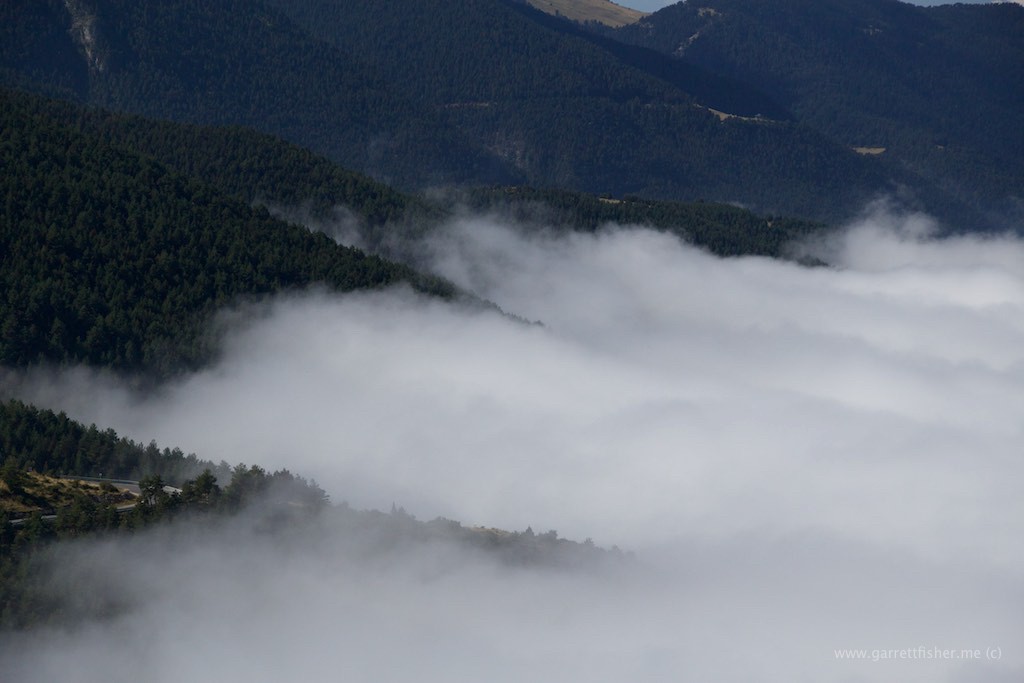 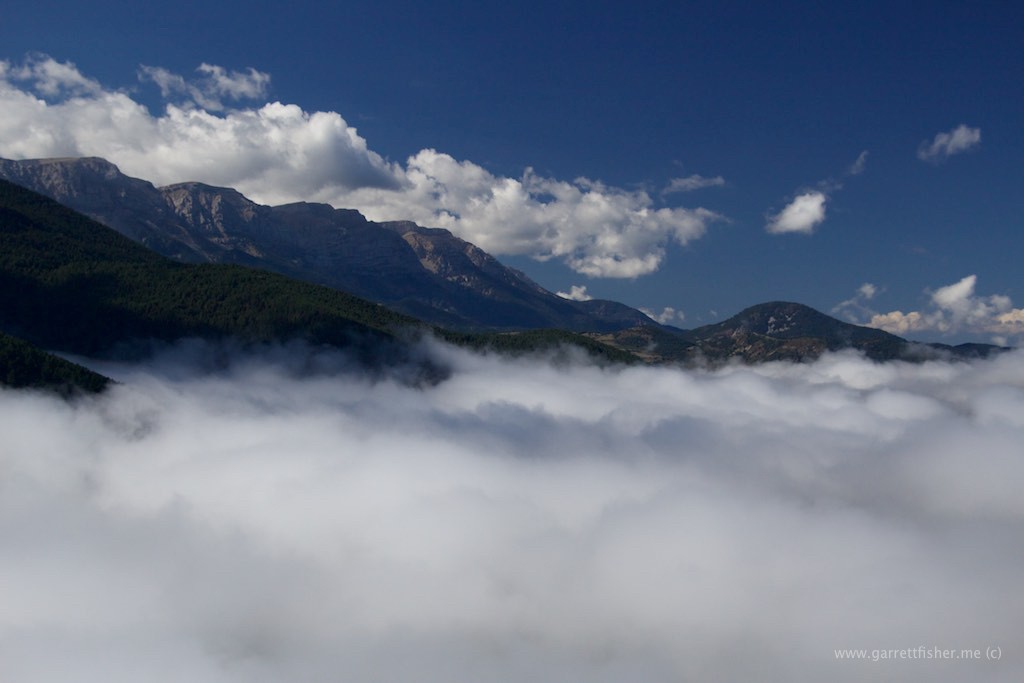 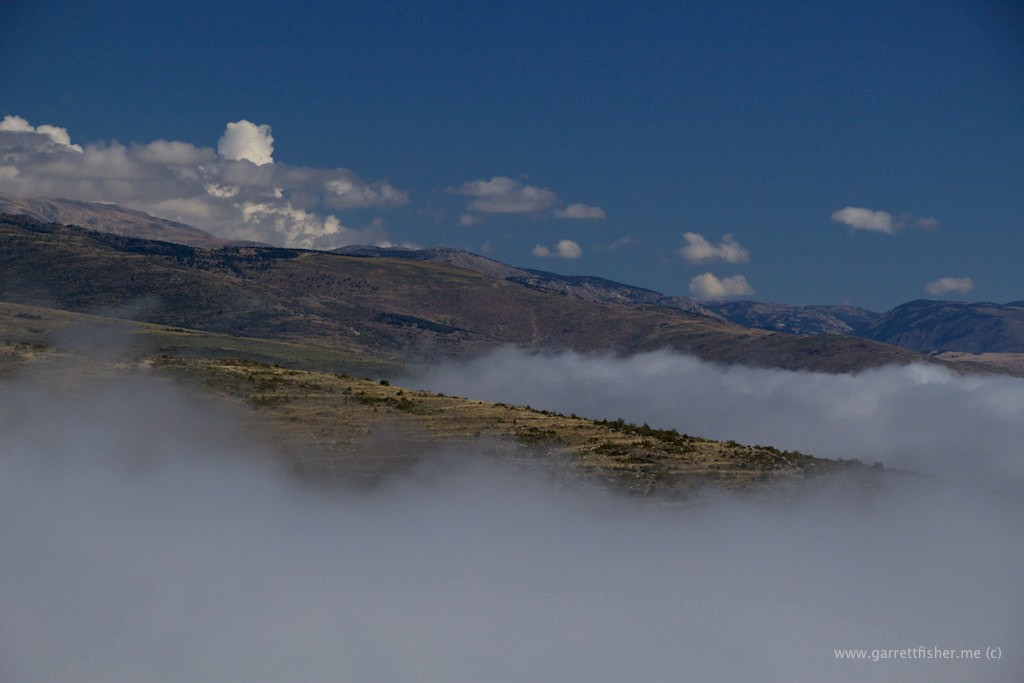 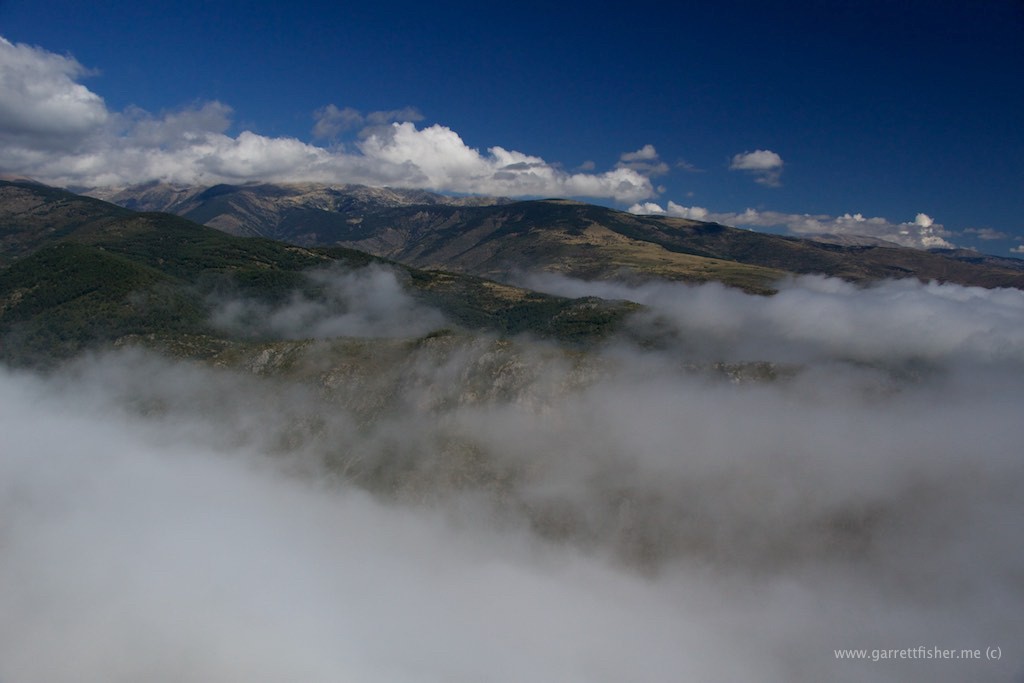 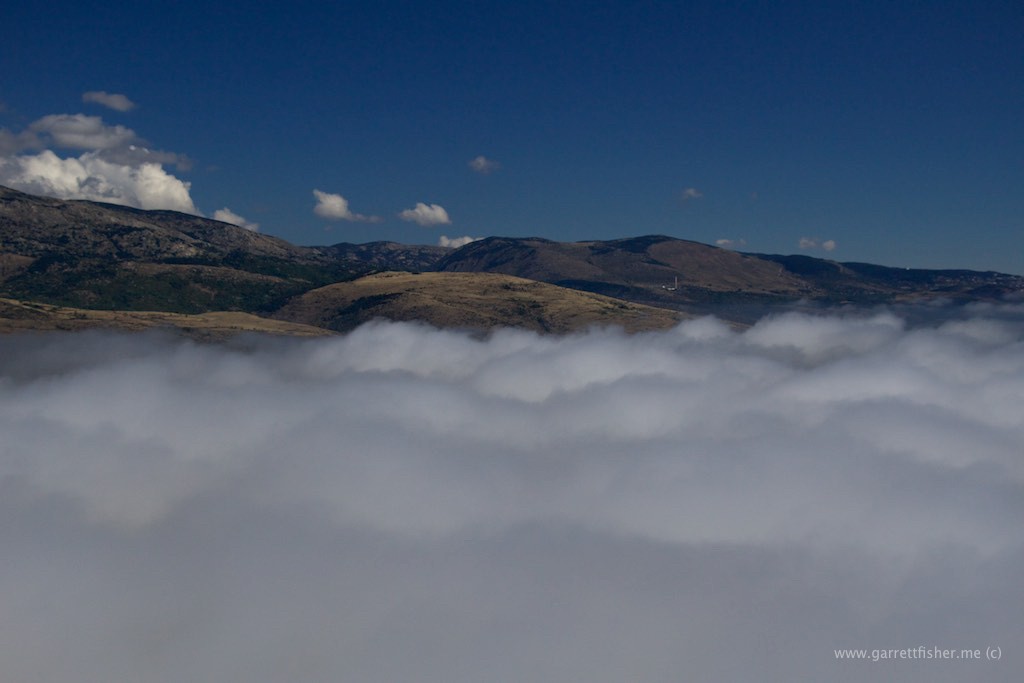 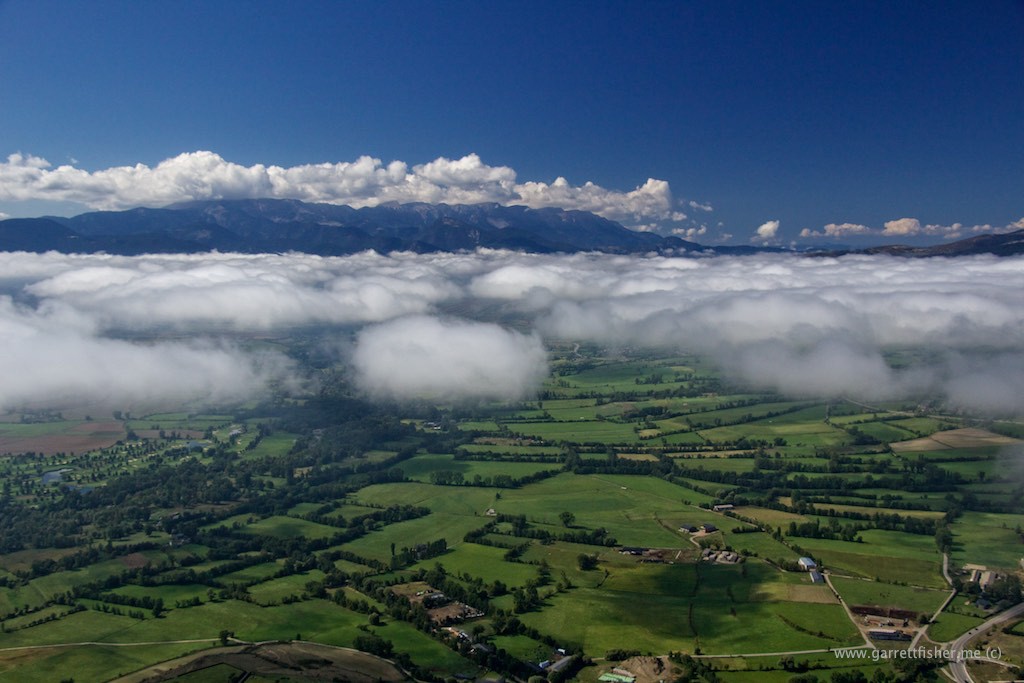 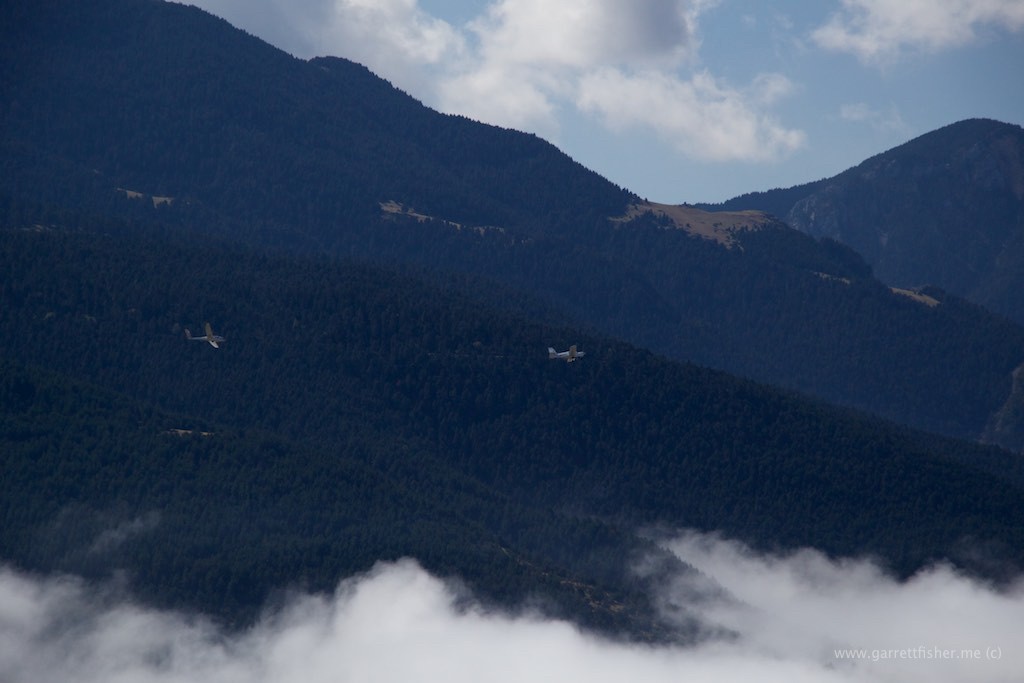 We live in the center right of the image, under a cloud. The village below is Das, Spain. I must confess that I have nothing to complain about when it comes to scenery. 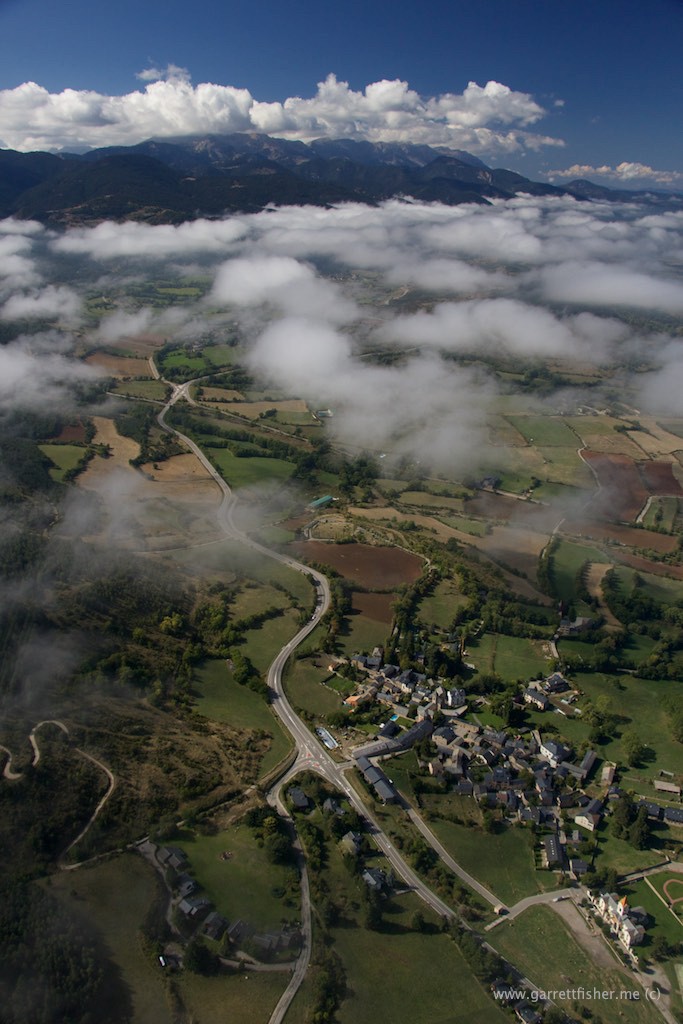