Everyone says not to do it.

“It will break the airplane in half.”

So, of course, I decided to do it. That is, flying on a day with clearly visible mountain waves.

Spanish culture has a tendency toward drama. I experienced this while living in Ecuador during a revolution quite some time ago, when locals would lay claim that, if I visited a certain monument or area, I would be shot by “thieves.” I didn’t find that the idea added up, that there would be this 100% certainty of my murder over the possession of a $200 camera, or a small amount of money in my wallet. So, I went to those places, and I lived. Though I wonder if the 3-foot machete I bought had anything to do with it, or the fact that I am twice the size of Iberians and their Latin American progeny.

So, fast forward from youthful religious insanity to early middle age hipsterdom, and here I am wandering in my noveau-retro-trendy airplane in the independence-minded breakaway region of Europe’s coolest country, and yet again, I am warned against some dramatically apocalyptic outcome if I do something.

Mountain waves aren’t that complicated. Wind hits terrain, goes up, crests, and comes down. Sometimes it’s nearly vertical; other times, it’s a gentle dome shaped affair. As with any wind, it can wreak havoc on an airplane if opposing forces are shearing in a tiny spot, enough to tear an airplane in half. As long as its not doing that, its either a few bumps, or a localized, unwanted descent, or absolutely nothing.

I decided to dip my toe in the water with some clear mountain waves, climbing all the way into them (of course, why not just observe from the sidelines? Never!). Nothing happened. Not a bump, just a slight downdraft on the lee side of one.

That is not to say that I have not encountered some nasty winds in future flights. But, for now, the Spaniards are drama queens and I know everything. 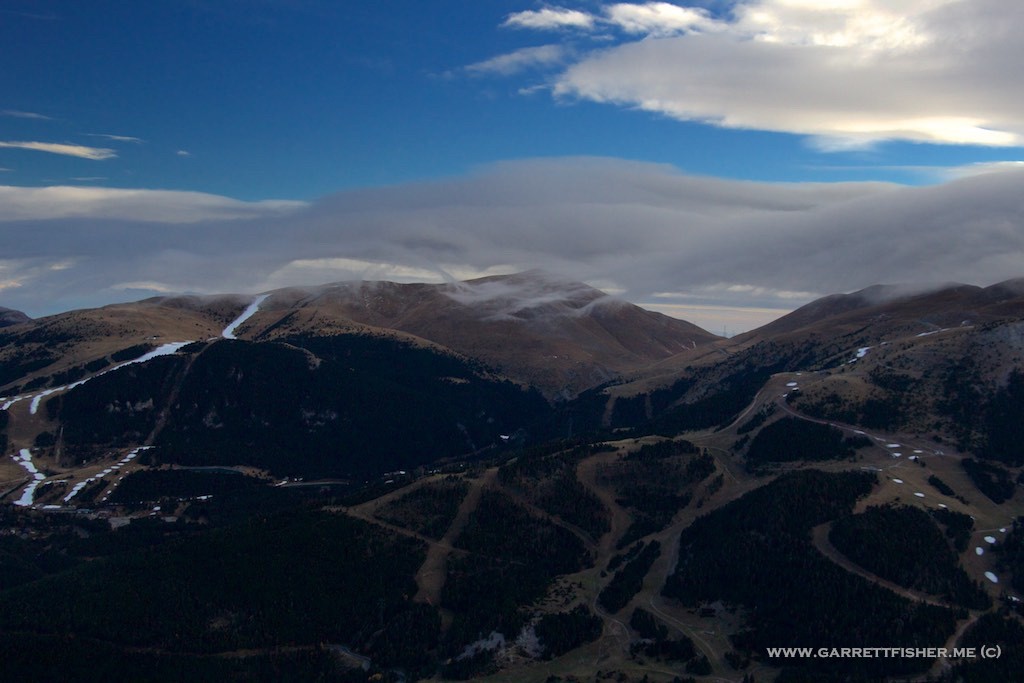 This entire cloud is moving, though remaining in a similar shape. 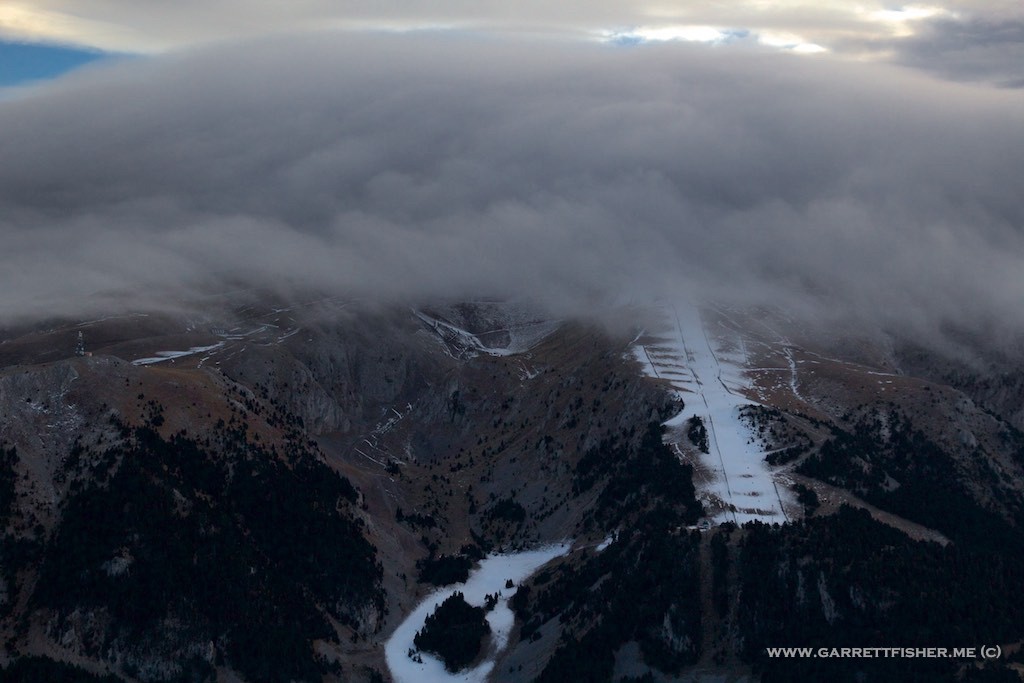 I am technically supposed to be scared of this. 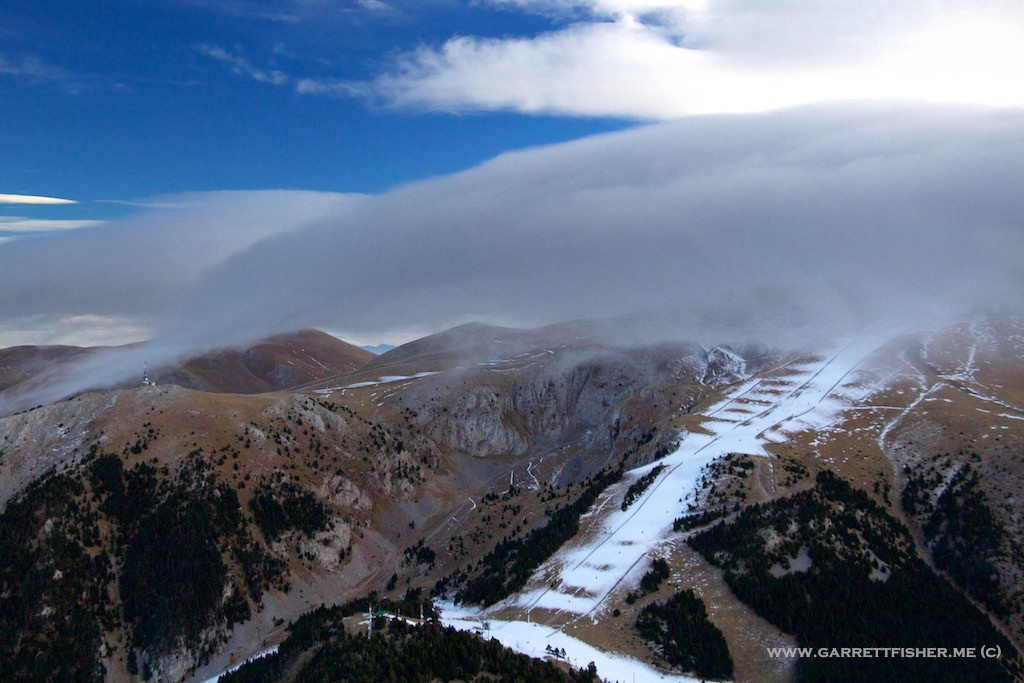 Looking back the other way. Note the airport center left. 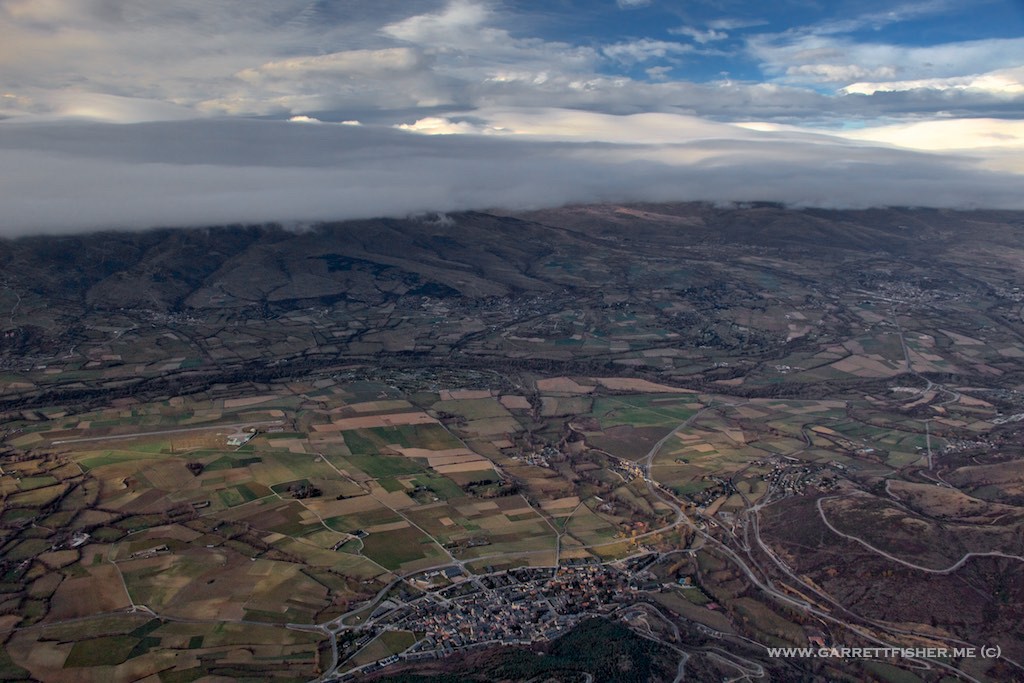 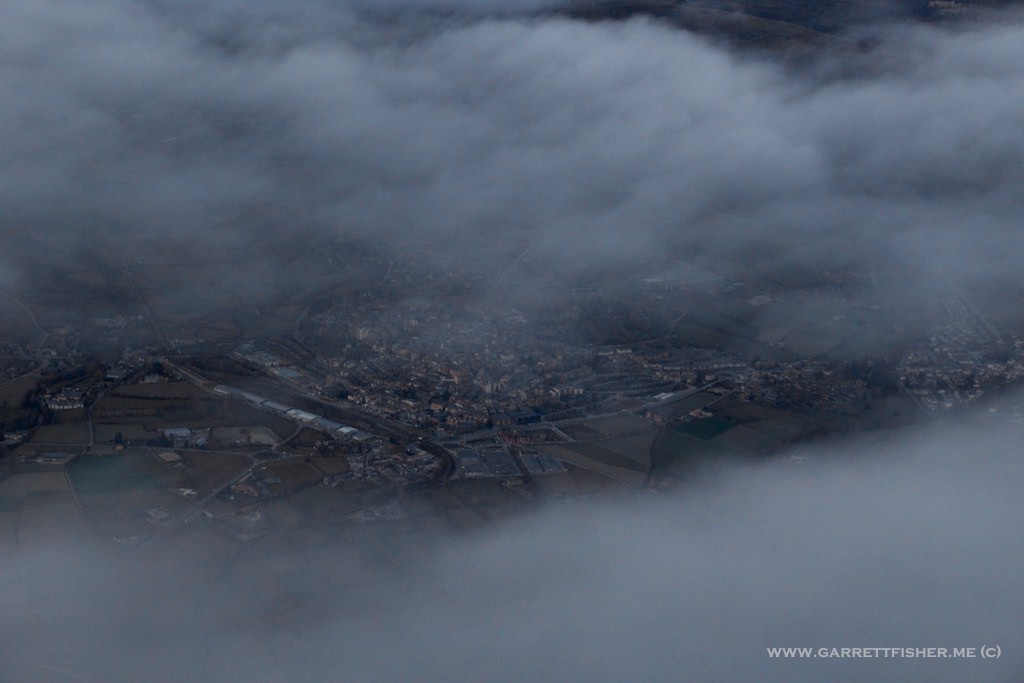 Clouds higher up are influenced by mountains. 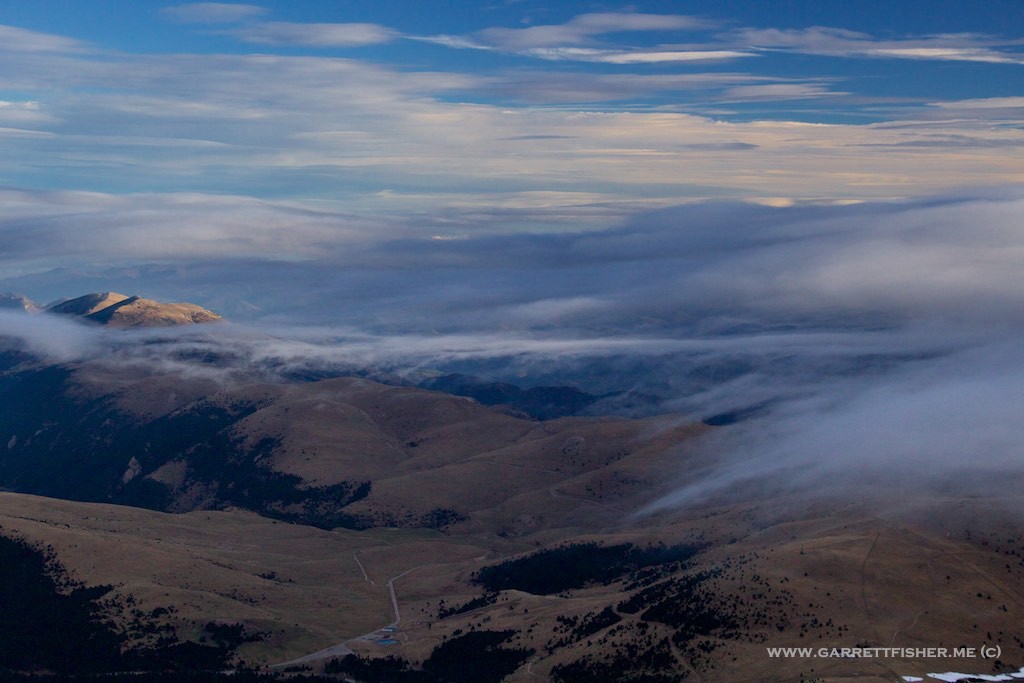 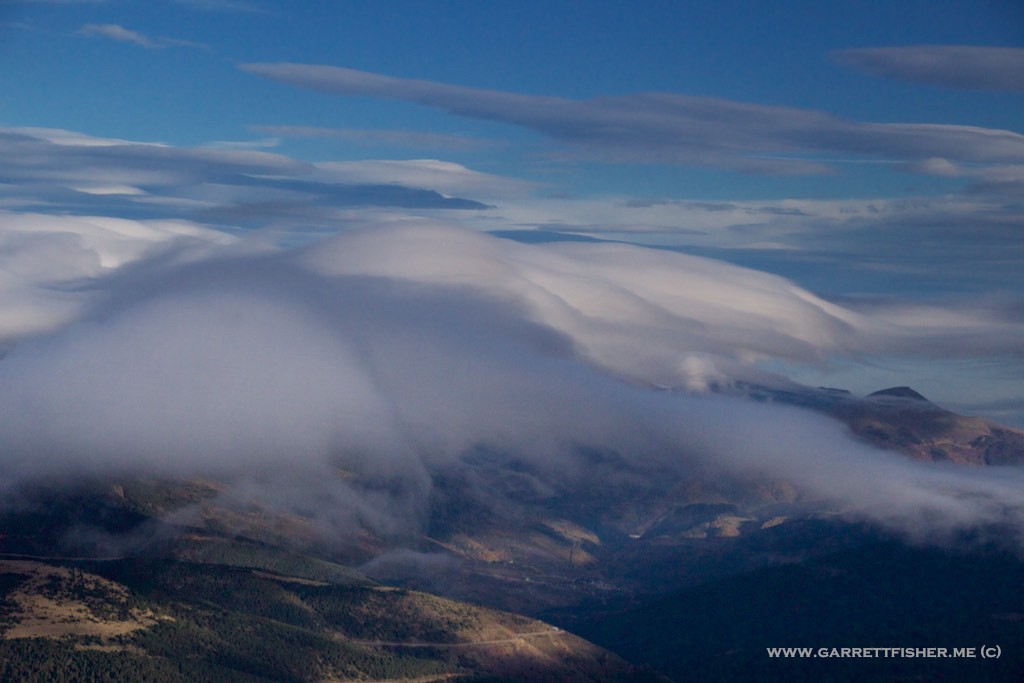 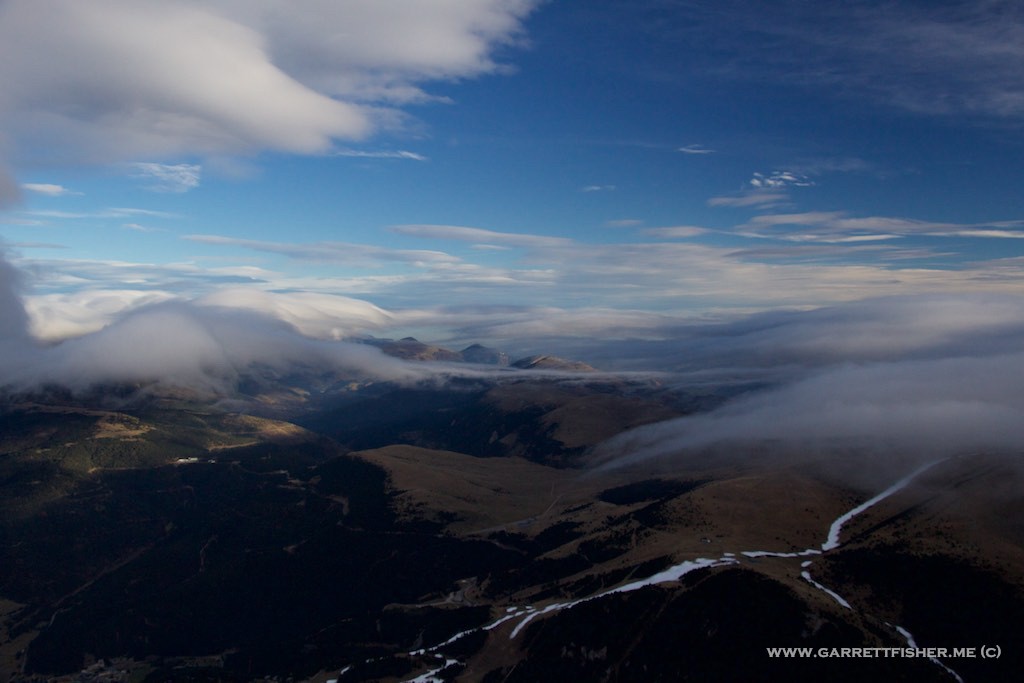 Above the waves, with La Molina below. Air has a bizarre energy, though ostensibly tranquil. Clouds are moving and changing all around, and it was a bit strange. 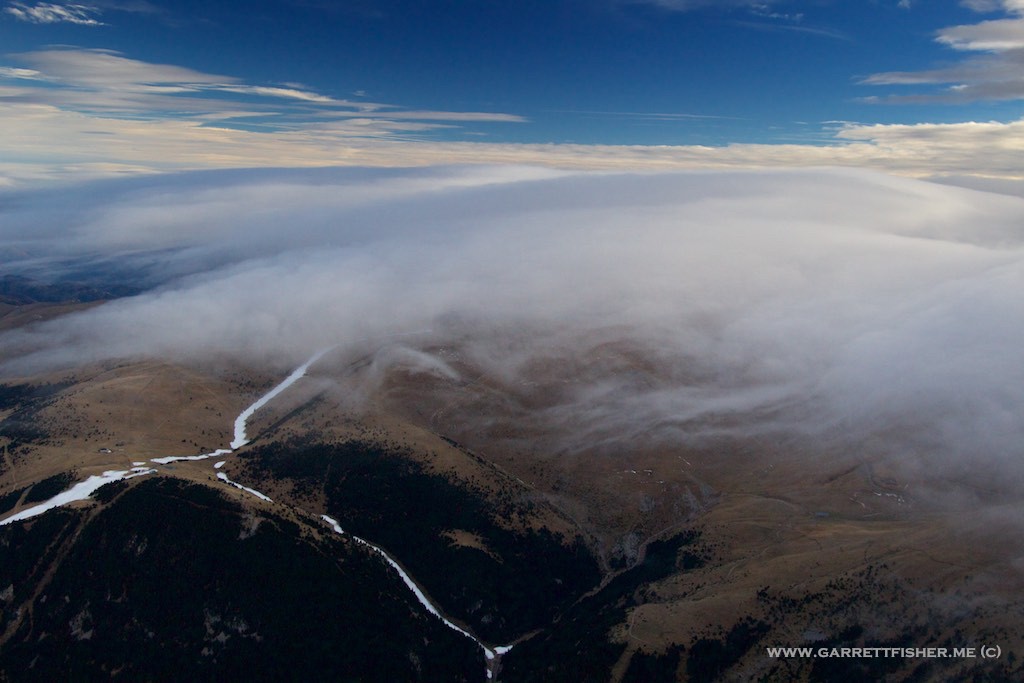 Mountain waves of a more vertical nature, looking toward the Cadí ridge. Terrain beneath is quite severe and nearly vertical, which is being copied thousands of feet above in the atmosphere. 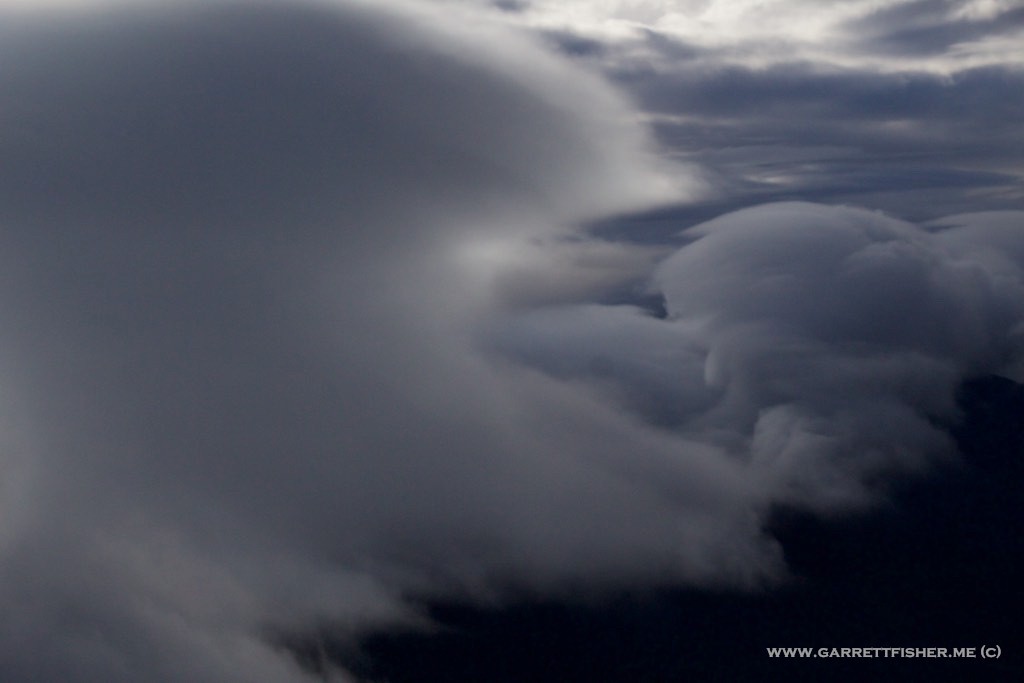 Looking below before descending. 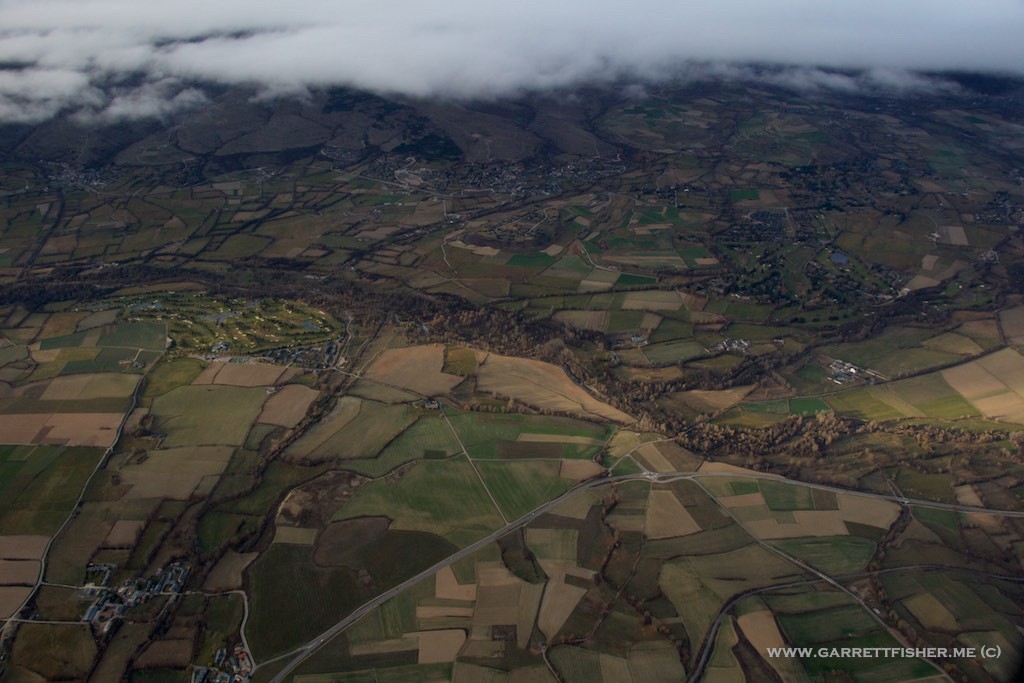