This is getting fatiguing.

After the referendum, the police smackdown, the vote count, and posturing from both sides, the Catalan President said he would speak Tuesday 10/10 at 6PM. I didn’t think much of it, until rumors in the press indicated he planned to declare independence. At 5:15PM, I suddenly decided that “if he does declare, I want to be in the air during a change of sovereignty,” so I raced over to the airport, preflighted, took off, and commenced flying in circles. I went to Ara.cat on my phone, a Catalan news site (in Catalan, mind you, which I do not speak fluently), and kept checking the minute-by-minute feed. “Meeting is delayed one hour.” What the heck is this? Announce a historic speech, for which TV networks are cocked and ready, the world is watching….and then delay? A couple of pilots were sitting in lawn chairs by the runway, downing Catalan beer, so I landed, parked the plane, and sat next to them. They offered a cold one, and in a moment of temptation, contemplating that an independence declaration technically would create a regulatory void, it might be legal….and I didn’t.

The Catalan pilots told me nothing will happen at 7PM, wait til 7:30. Their battery ran out at 6:50, so they left and I hopped in the plane, flying in circles some more, hitting refresh repeatedly while trying to fly and muddle through Catalan news.

“Legislator’s shaking hands and moving towards seats.”
“Everyone in their place.”
“Carles Puigdemont sitting holding a pen.”

Jesus Christ! Get it over with already! Coitus interruptus!!!

“Puigdemont begins speaking.”
“ ‘Back in 2005…..’ “ (Really? Just declare already!)
“ ‘We have repeatedly attempted dialogue with the Spanish government….’ “

On and on it went, until the sun went down and it started to get too dark. I so badly wanted to be in the air for the moment, but discretion said it was time to land. I pulled up to hangar, hit “Live feed” on the iPhone, blasted the volume, and listened to the speech as I put the plane away. Finally, the gifted orator that he is built up to the crescendo where he declared independence, the crowd roared and…….the connection shut off.

Two minutes later, I got it back up and running, and heard this babble about dialogue with Spain, mediation, resolution, working together. “What the hell is this now?” I headed back to Ara.cat, only to find he both declared independence, and in a strategic device, suspended it right after.

An Irish friend of mine called it “Puigdemont’s fake orgasm.”

That is exactly what it feels like around here. Today, the Prime Minister of Spain (yes, I have to specify which nation we’re dealing with in this incestuous cesspool of confusion) publicly asked “did you declare independence or not?” That is admittedly an amusing reality, forcing the head of state to clarify if his wayward teenage breakaway region sinned or not….before he sends the tanks in.

What does the future hold? Don’t ask me! The thing I am learning these days is that Spain’s fascist history lies just beneath the surface. There were no truth commissions, war crimes trials, or other steps typical of such a transition. Commander Fascist simply became Assistant Deputy Undersecretary of Bureaucracy in the post-fascist parliamentary democracy, while mass graves literally remained buried and nobody tried to make too much sense of a very dark period. Catalonia resisted Franco heavily, got smacked rather heavily by Franco, and these lightly scarred wounds seem to have been torn open again. I doubt there will be a binary or conclusive outcome for some time. Any action either side takes to further their cause, while being effective in one aspect, will be offset by the rebellion or force of the other side. It may make sense for both parties to just turn to European institutions to solve it for them, otherwise the risk of violence is going to be uncomfortably high.

Until then, I will keep flying…..until I get shot down.

Down the valley in Cerdanya. I actually like this photo.

So will this be a new nation or what? 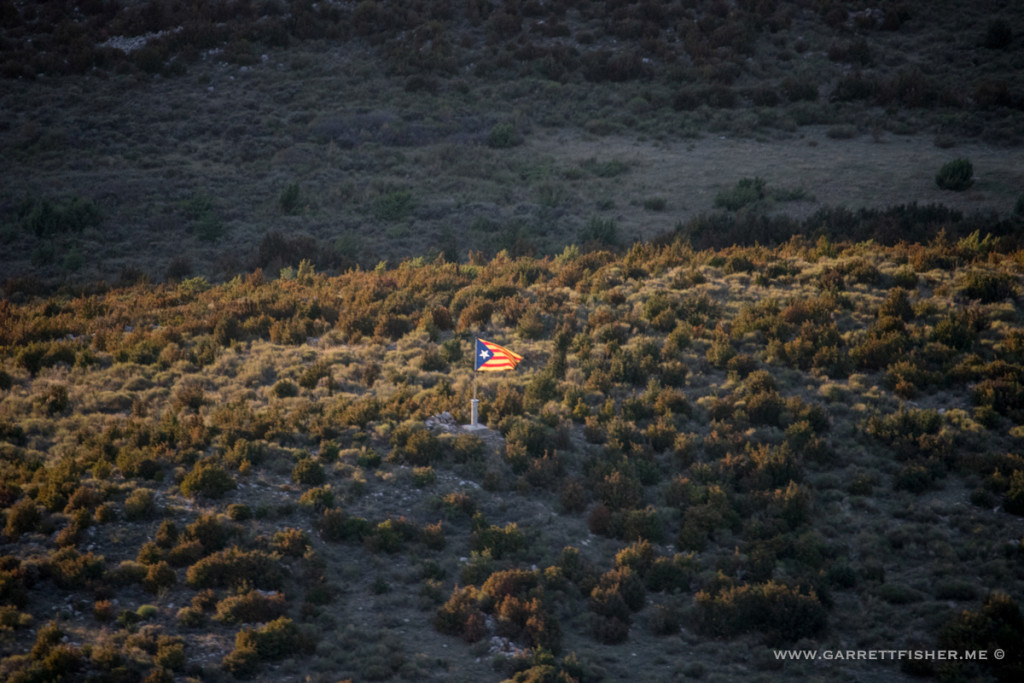 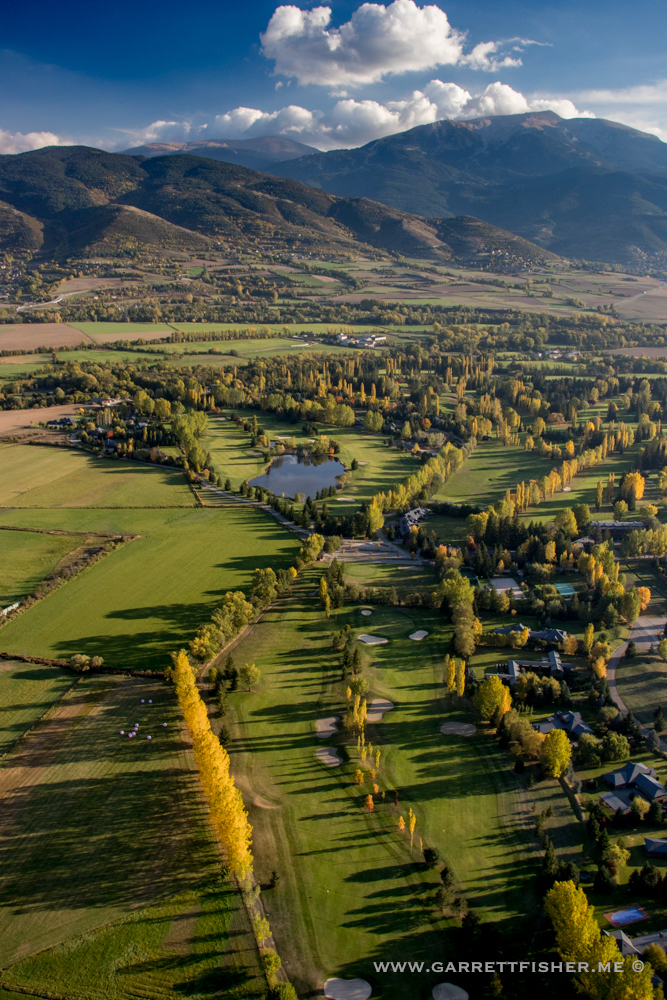 I am ready to lose my mind and I am still creating pretty pictures! 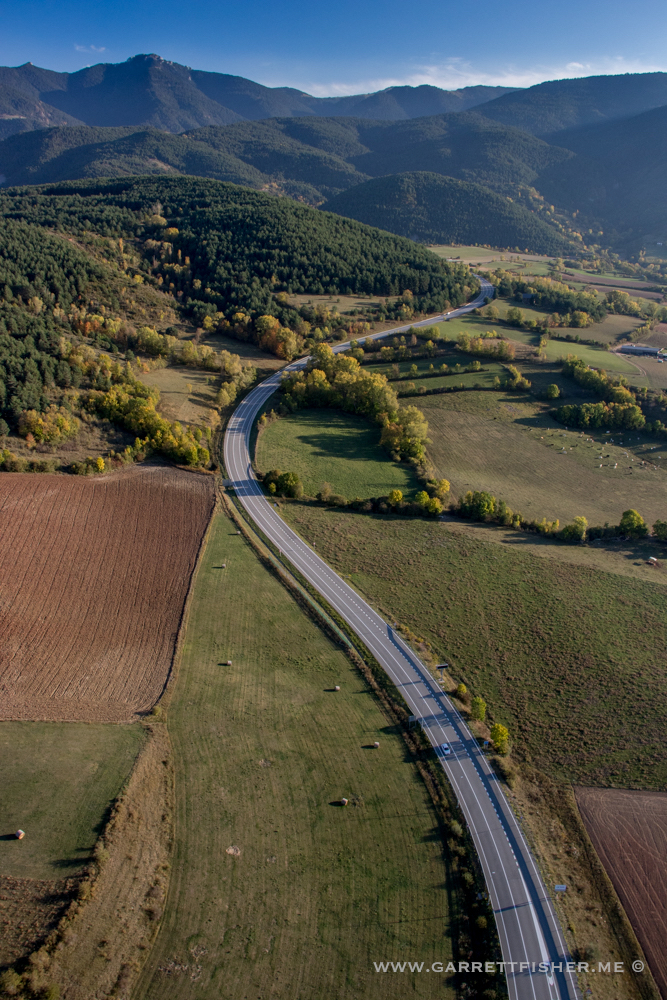 This guy clearly has better things to do than worry about independence. 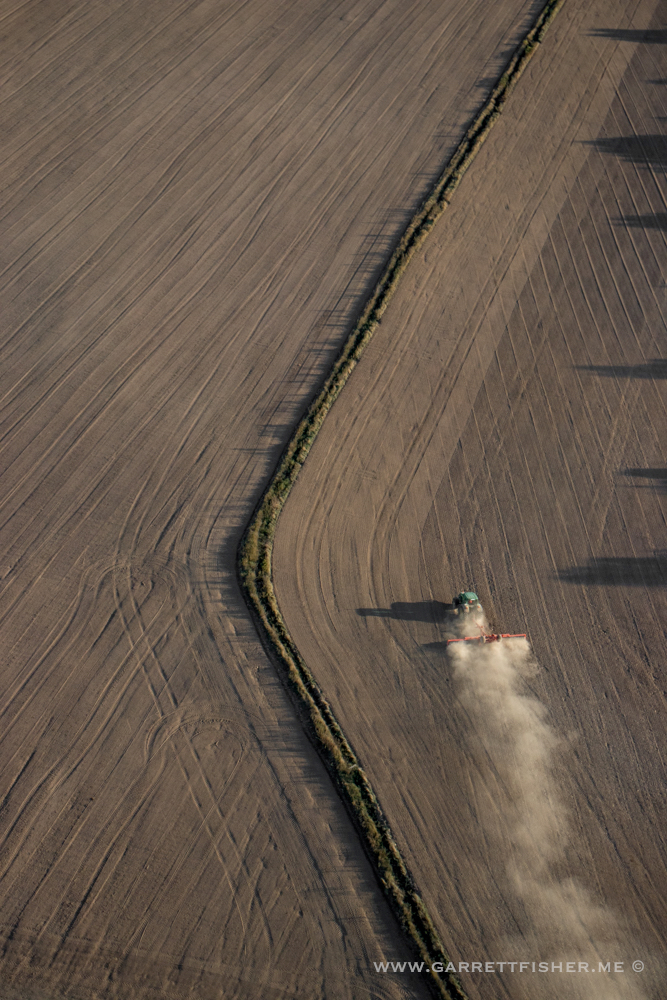 Landed, because the “major speech” is delayed. 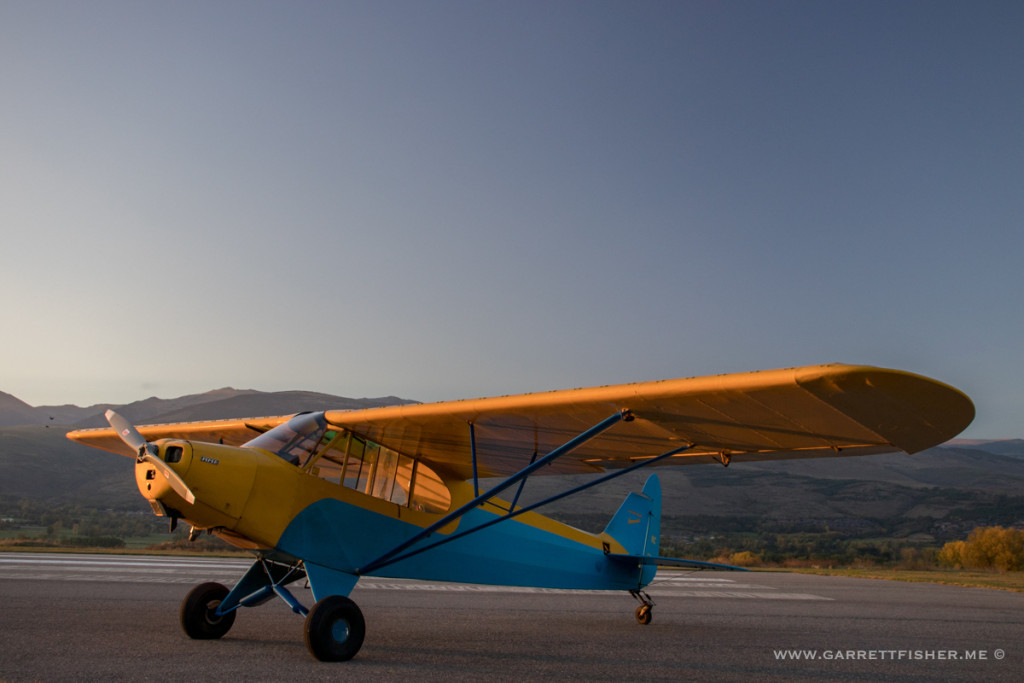 Ugh. If independence is declared, my photos will be no good! 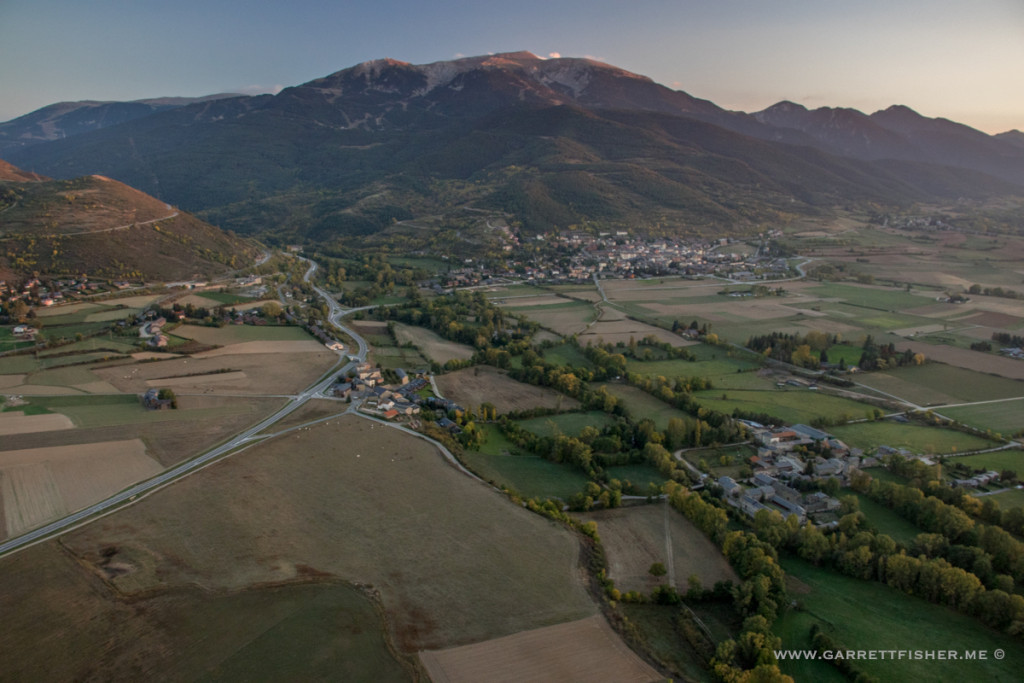 Literal sunset….and the sunset of my idea to keep flying during this nonsense. 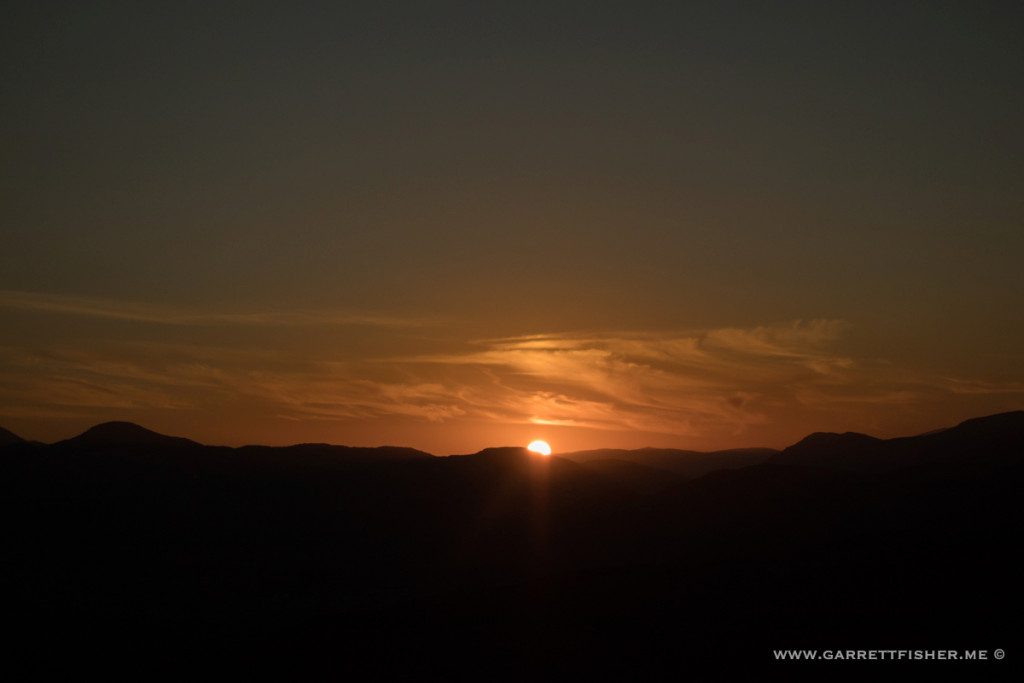 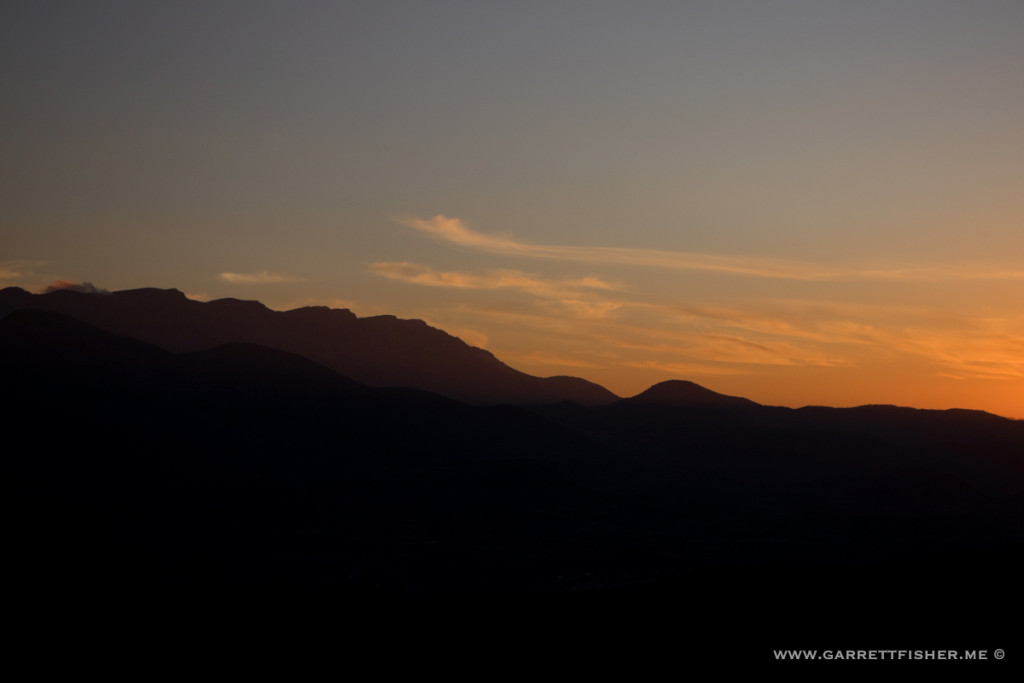