If you’re wondering what the title is all about, look up “Existential Dread.” It’s a bleak philosophical movement championed by none other than…Germans.

I hear a familiar refrain that my life is so utterly splendid; therefore, any negatives don’t really exist, and that’s just that. My natural response is to remind people that I am human, every day is another toward the march to death, and I share similar miseries as everyone. That seems to land with a dull thud, and I am reminded that because I live in Spain and have an airplane, I am apparently in a near constant state of orgasmic bliss.

It is interesting if I were to list some of my human challenges that bring me into the realm of normal, that it would elicit a competition as to who’s life is worse. For some reason, that is a trait I find with people – whether it’s the happiest man on earth or the most miserable – so I am not going to trigger it here, other than to share the words of a friend who is an international wedding photographer, therefore also in a state of constant orgasmic bliss: “Everything about my life follows me around, no matter what country I am in.”

I think there are two misconceptions in play with the travel/expatriate/second home/whatever lifestyle. When people travel to a place, they are experiencing something for the first time. That holds true whether in a small airplane or in a more traditional mode of transportation. In any case, the first time is always the most interesting and emotionally titillating. For some reason, people equate living in exotic places as though each day is like the first time visiting. Over time, the thrill is replaced with the equilibrium of normal, and then negatives start surfacing, or the tolerance for the negatives starts dropping. There is a known curve where happiness from moving to a foreign country is initially blissful, then worse, then stabilizes at a normal level. Yes, normal, back where one started. I know, I ruin everything!

The second element is that, when people wish to either move or travel, whether it is to another country or to finally have that vacation home, it is imagined that all positives of the current lifestyle will be retained, negatives shed, and new positives added. If anyone could actually pull that off, I too would be howling that they have a problem free life. The fact is, negatives and positives from the old life disappear, and negatives and positives with the new life present themselves. As this is an opinion contrary to the current “travel is cool” mainstream, it is hard to find a lot of data on the subject, though I have found plenty that tells me it is not all a bed of roses for many people. Even worse, when splashed with the bucket of cold reality in one’s face, it creates a craving to go back, yet coupled with the knowledge that such a thing won’t work either as one has incontrovertibly grown on a personal level.

I have often philosophically wondered how someone else’s lack should create my pleasure. For example, the fact that I fly regularly should make me even happier because most people don’t get to do it? That to me is more bleak and sad than anything else. The facts about the brain are that an individual likes or dislikes something, and that’s that. I will get as much enjoyment or pain out of any particular choice because those are the merits of the decision. The only relevance the situation of others offers is expectation management.

Nonetheless, most people would read this, tell me I am just whining and to shut up, while fantasizing about having a similar lifestyle as mine. If said lifestyle is achieved eventually, and the same realities smash them in the face, “I had a villa in Spain for a while. It just didn’t work for me” would be the line spewed out at a cocktail party.

As for the blog, I have decided to only post the bigger flights, as the infrared camera showed up in late May and seriously overloaded my entire workflow. This flight dates to mid-May, and I am posting it so I can have more push pins and remind myself that summer will be over soon, thankfully, as I like snow and do not find heat attractive.
Penyes Altes de Moixeró 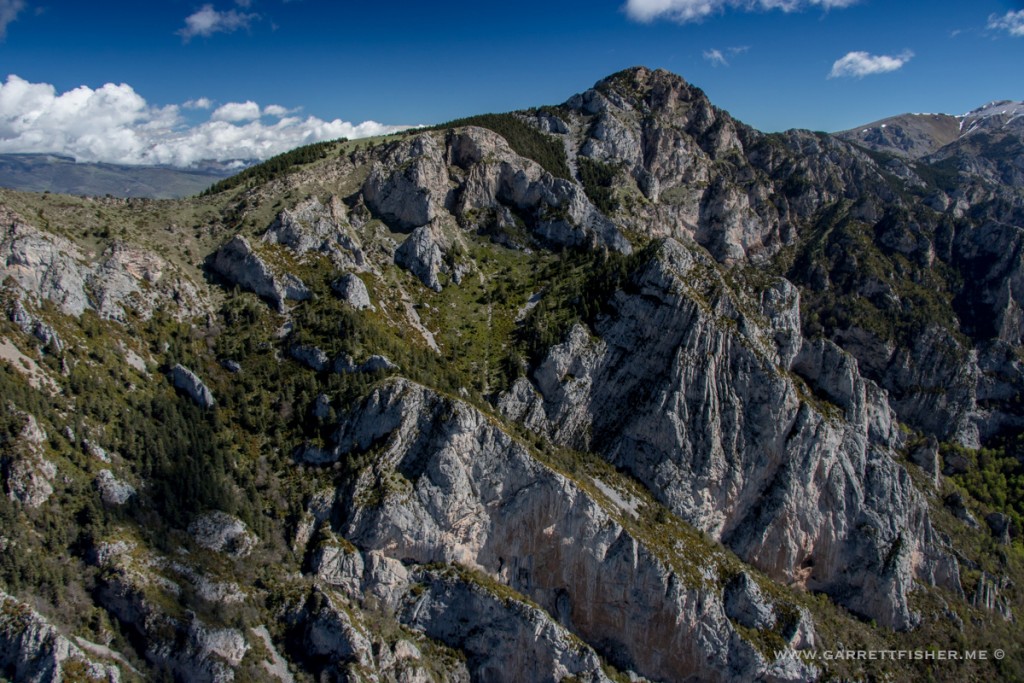 Tosa d’Alp – with fresh snow on the summit. Note fresh foliage below. This was taken mid-May. 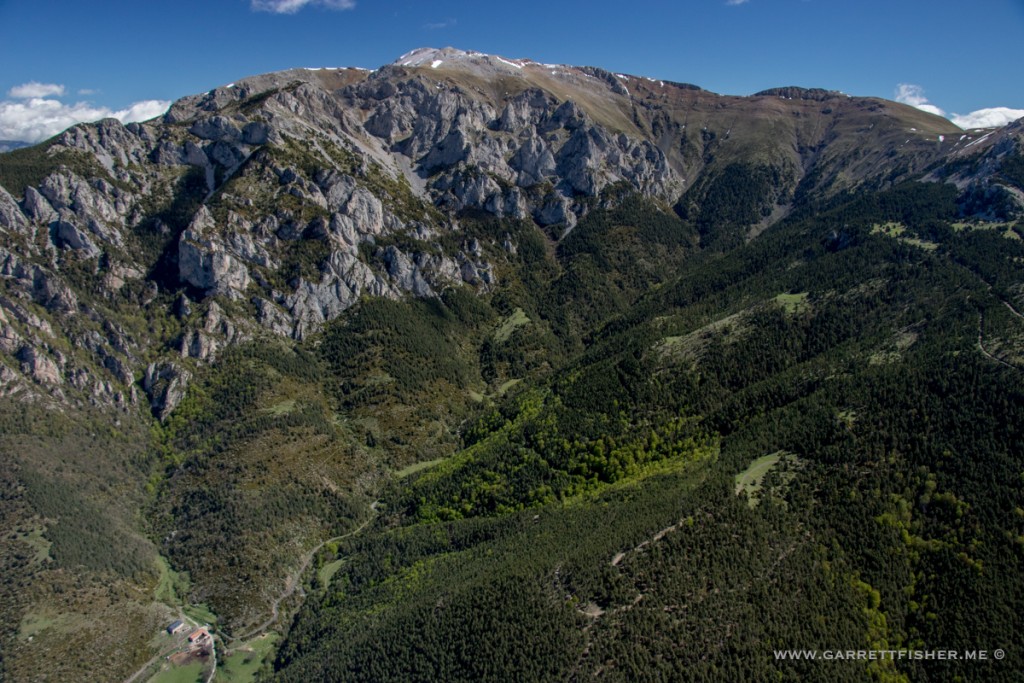 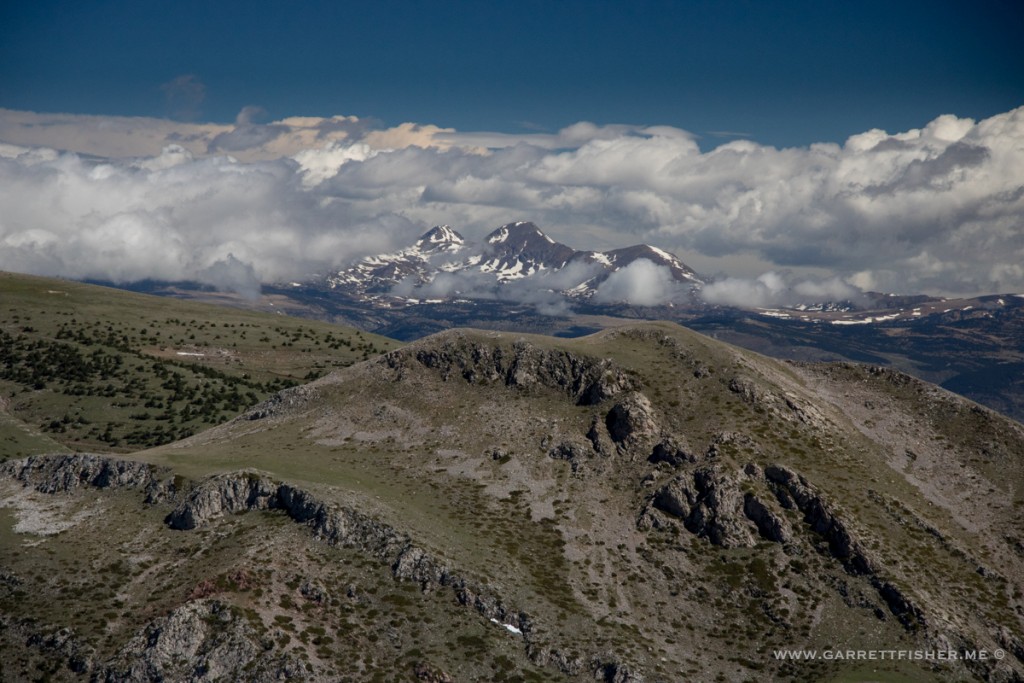 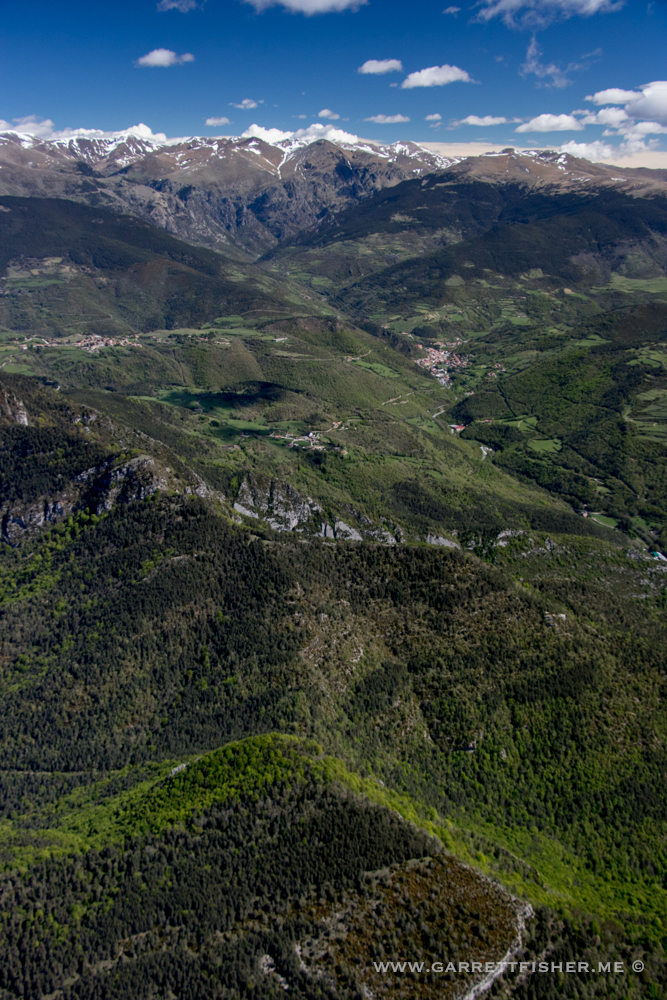 Foothills, I guess. Note haze on the right getting drawn in from the Mediterranean. 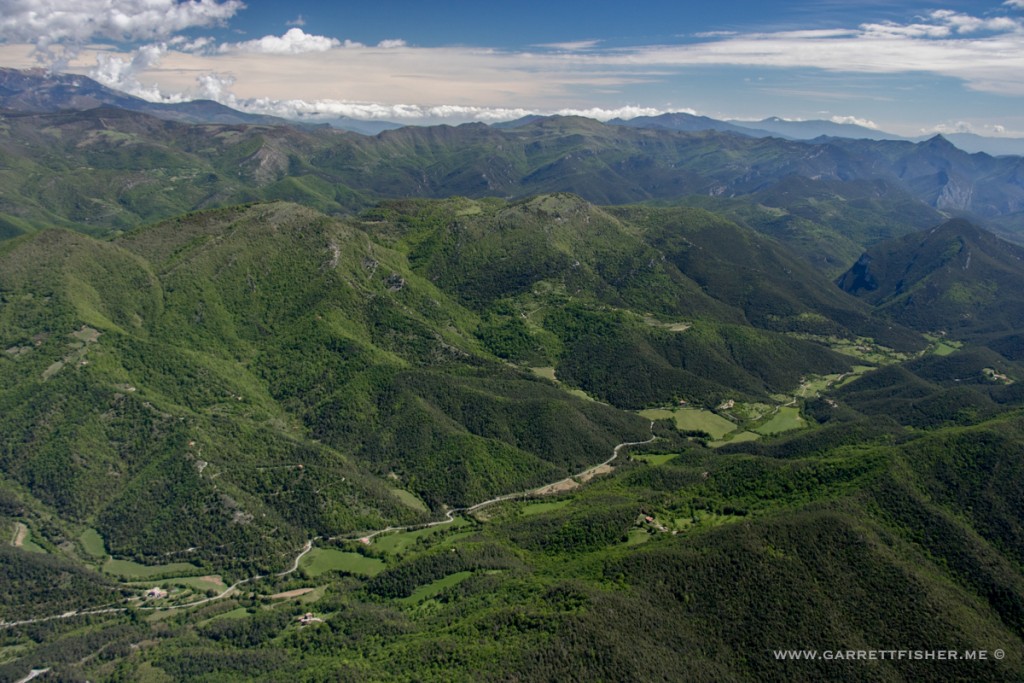 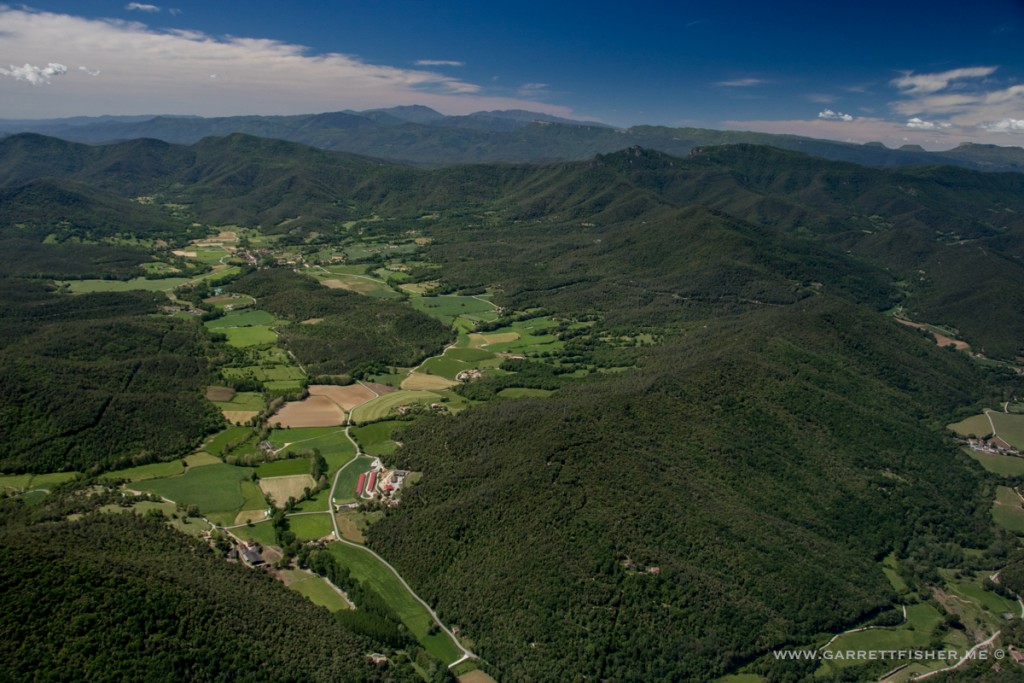 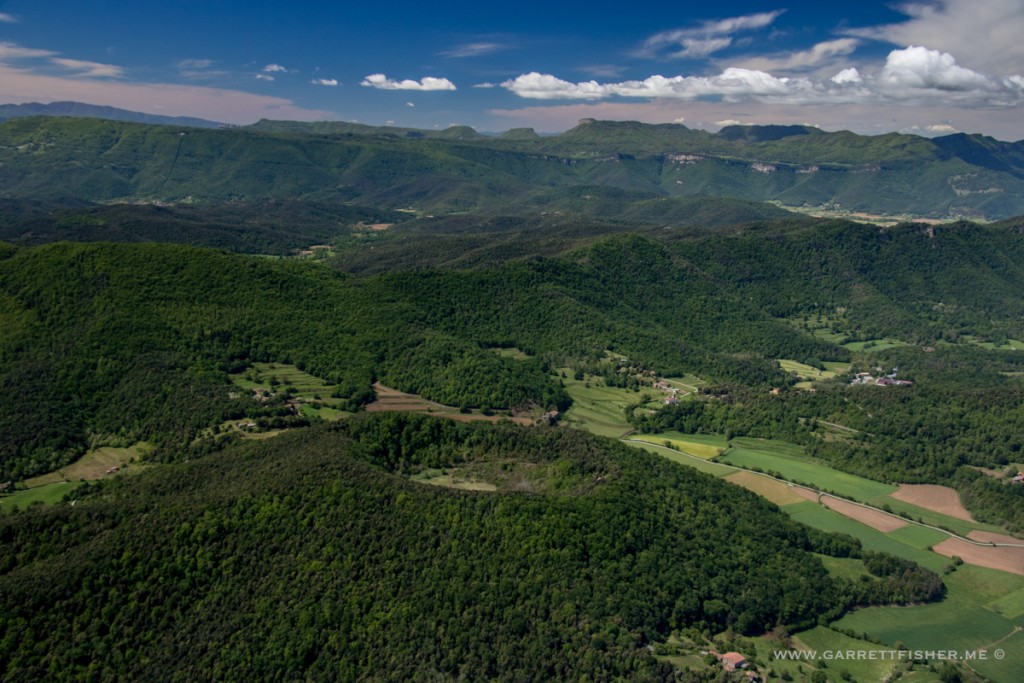 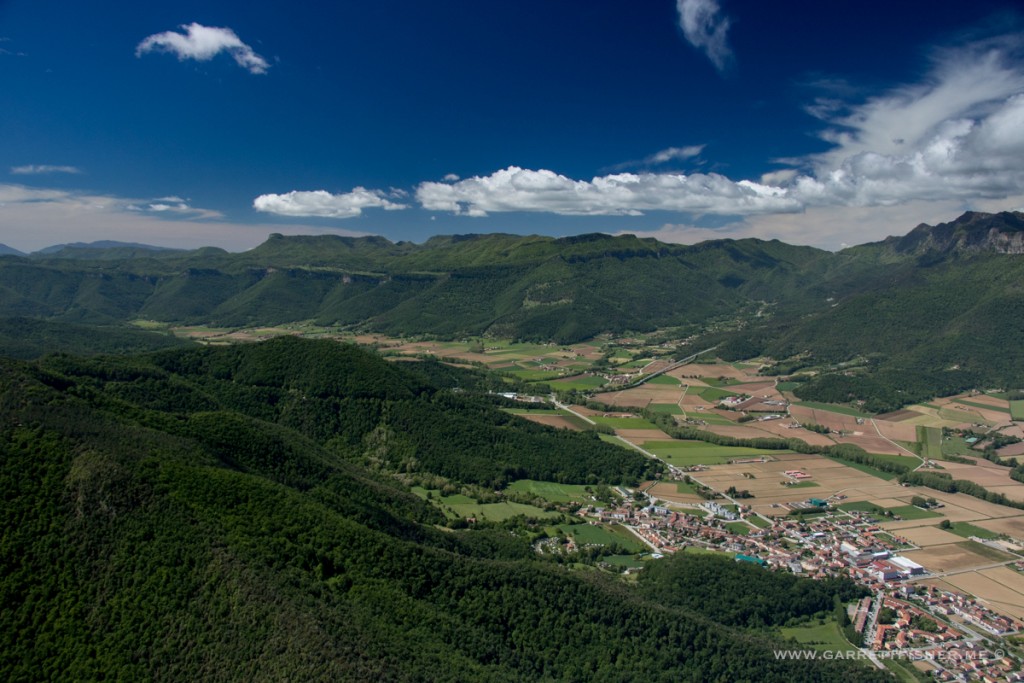 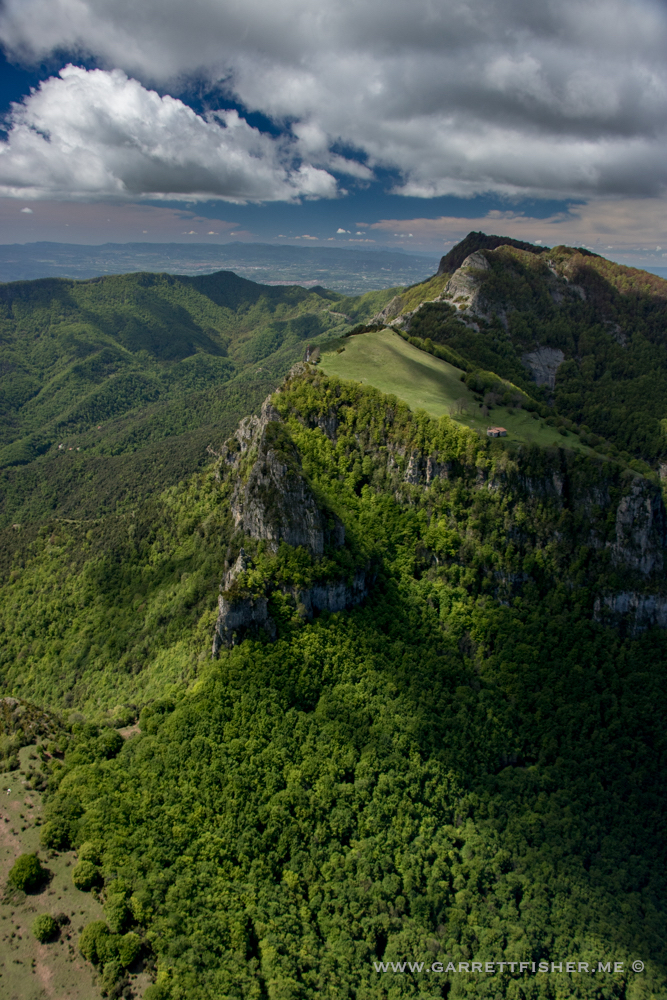 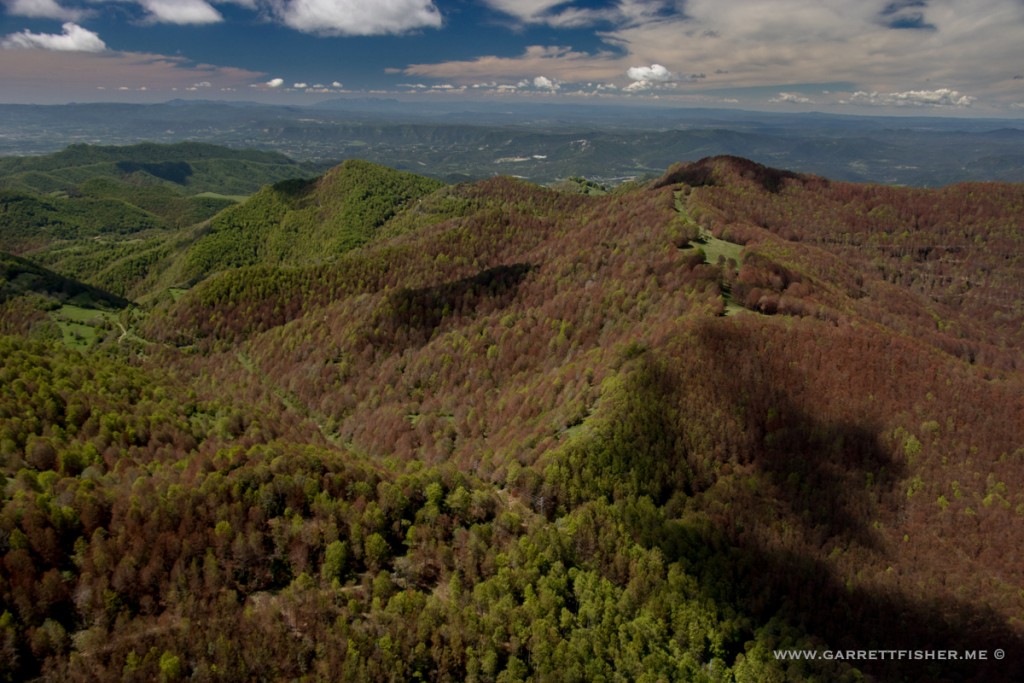 Some other hill. Notice how its starting to cloud up. This was still relatively early in the day, though it is a concern in the coastal areas. Clouds tend to hose up my pictures. 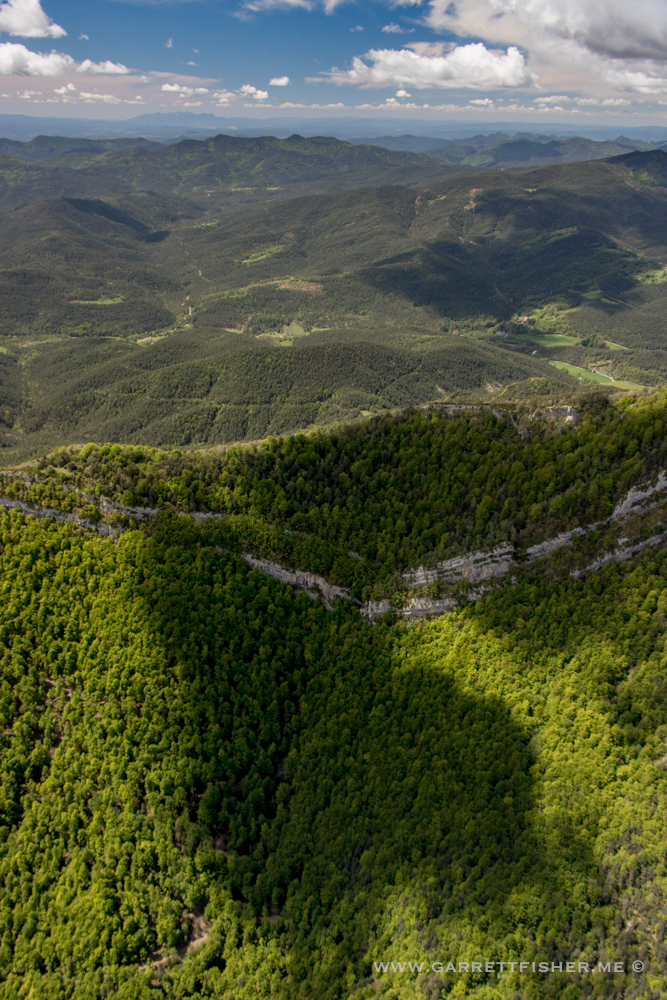