There are many reasons that I wanted to go to Gibraltar. It is a separate country, the rock is eponymous, the Strait of Gibraltar is naturally interesting, and the place separates the Atlantic and Mediterranean. The problem lies in the fact that Spain is not happy that it signed a treaty assigning sovereignty to individuals other than Spain, so the story goes that they assigned a lovely series of astonishingly annoying restricted areas along the coast, making flights into and out of Gibraltar difficult. That means a trip out to sea, which, as we know, Garrett does not like. In my prior visit with the PA-11, the reality of the distance involved and the out to sea trip meant that fuel was a problem, which meant a stop in Gibraltar itself, which meant significant fees to close the road, as well as clear customs both ways. I appropriately abandoned the idea in 2018.

With a better aircraft that could fly to Gibraltar and back, including the nautical jaunt, without fueling, I decided that it was time. Given that I had four hours of fuel, I started the flight frolicking in the normally restricted areas near the mouth of the Guadalquivir River, then proceeded along the coast toward Tarifa, Spain, the first point at which I had to be out to sea.

Along the way, a nagging slice of deviousness brewed, which was able to proceed from naughty thought to naughty deed. Since I could actually talk to Seville Approach (that is something of an issue at 1,000 feet above the ground, far from Seville), I asked if I could cross the Strait of Gibraltar, wander around a bit on the coast of Morocco, and return on this flight plan. “Yeah, no problem,” was the reply. Hmmm…

I wasn’t entirely sure that I would do it, though….I was sure I would do it. The crossing actually wasn’t that long, maybe 10 miles at the thinnest point. Winds were 30 knots out of the east, funneling through the Strait, which is very common. As soon as I could see terrain across the water in Africa…yes…Africa, I decided to go for it. Gibraltar itself would have to wait. If the engine quit, I had a life jacket and I’d get wet. If things worked out well, I might have been able to land it on a cargo ship, provided that it was heading eastbound into the wind.

The crossing was uneventful. I arrived at the Moroccan Coast, giddy as a school girl, and made a flight around Ceuta, a Spanish exclave in Africa. Spain oddly controls a small sliver of the airspace in northern Morocco, so I flew a few miles down the Mediterranean side, then a few miles down the Atlantic side, and then I returned. Fuel was one thing, as I had been lounging around Cádiz, not knowing I would make a transcontinental impulse decision. Another factor was thick haze and incoming clouds, which made further exploration somewhat moot. I will come back later.

I rode the winds coming over the coastal hills like a cowboy, getting thrown around as I blazed the opposite direction, infinitely faster on the return trip. Needless to say, I landed with a smile on my face. Just five months ago, I left with my new purchase on a foggy morning near Oslo, and here I just came back from Africa with the same Super Cub…. 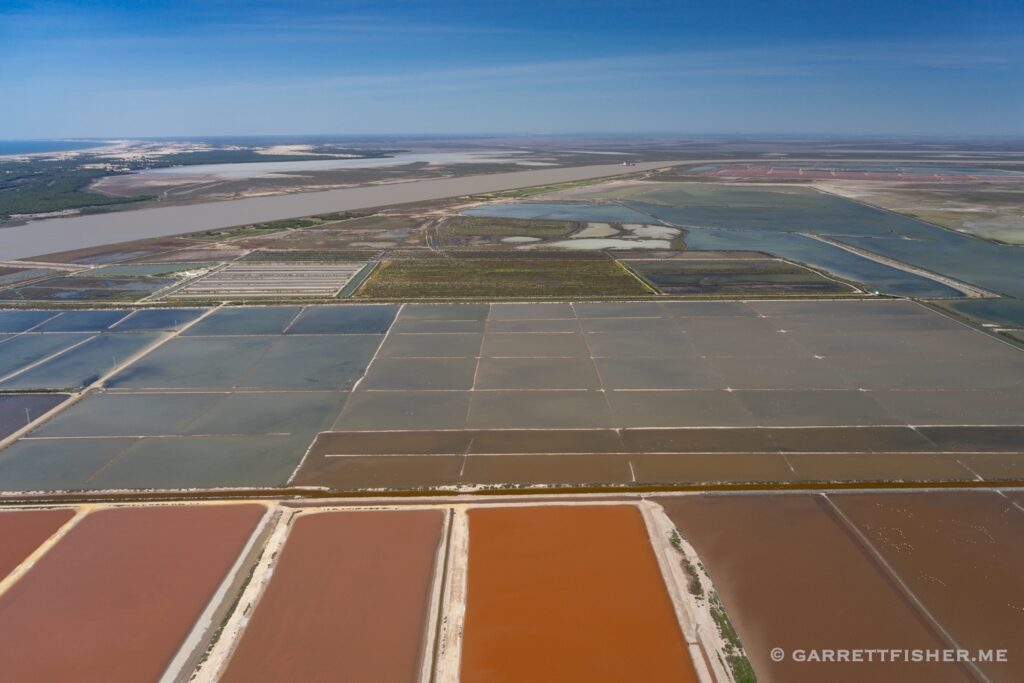 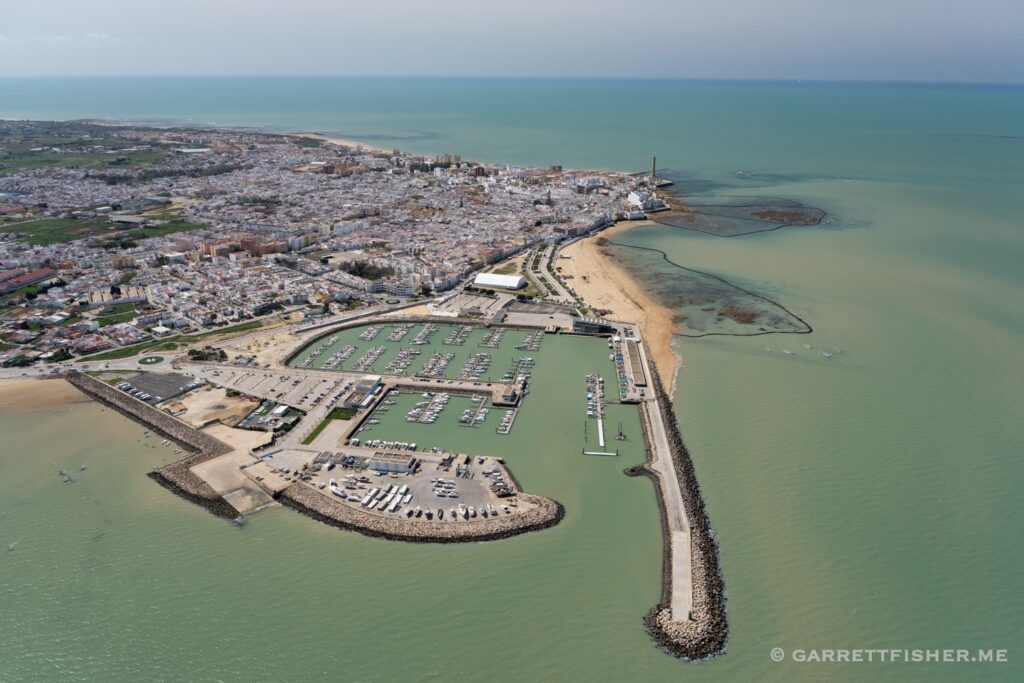 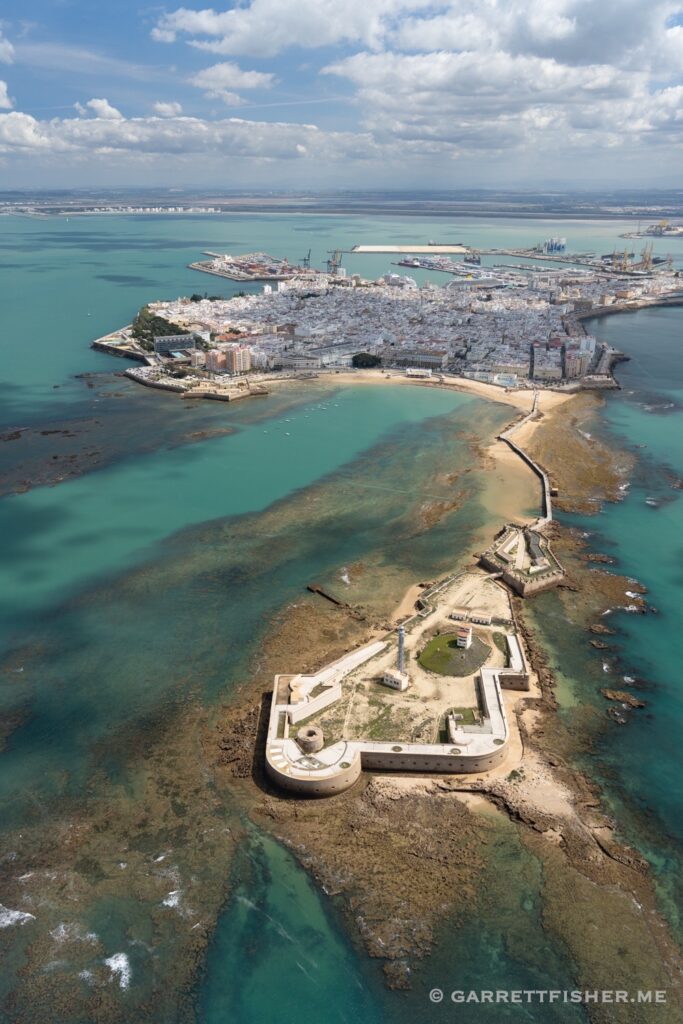 Faro de Trafalgar, Spain. They want Gibraltar back but named one of their own promontories after the UK. Wrong…. I did a bit of research and Trafalgar is derived of an Arabic etymology. This is one of the sites where the British Navy smashed the Spanish and French navies, so the reverse is true. The UK appropriated the name and has been rubbing it in their face ever since. 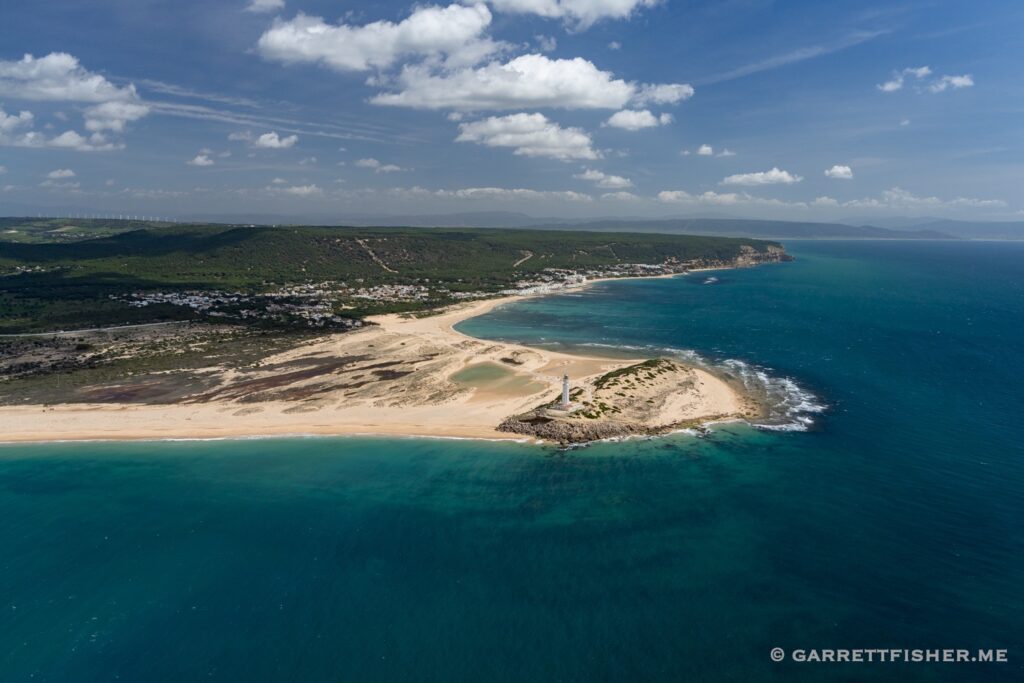 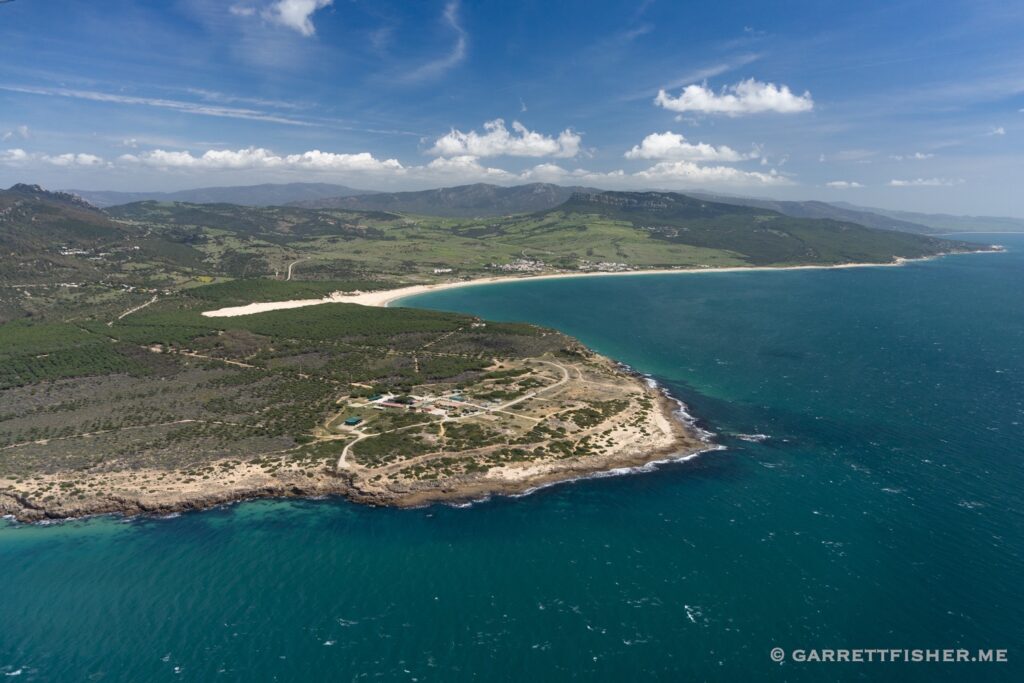 Tarifa, Spain….the beginning of the restricted zone, as well as the southernmost point in continental Europe. I thought Tarifa was a literal name that was connected to somehow collecting tariffs from ships through the Strait of Gibraltar. It is actually named after Tarif Ibn Malik, back when this part of Spain was part of the Caliphate. 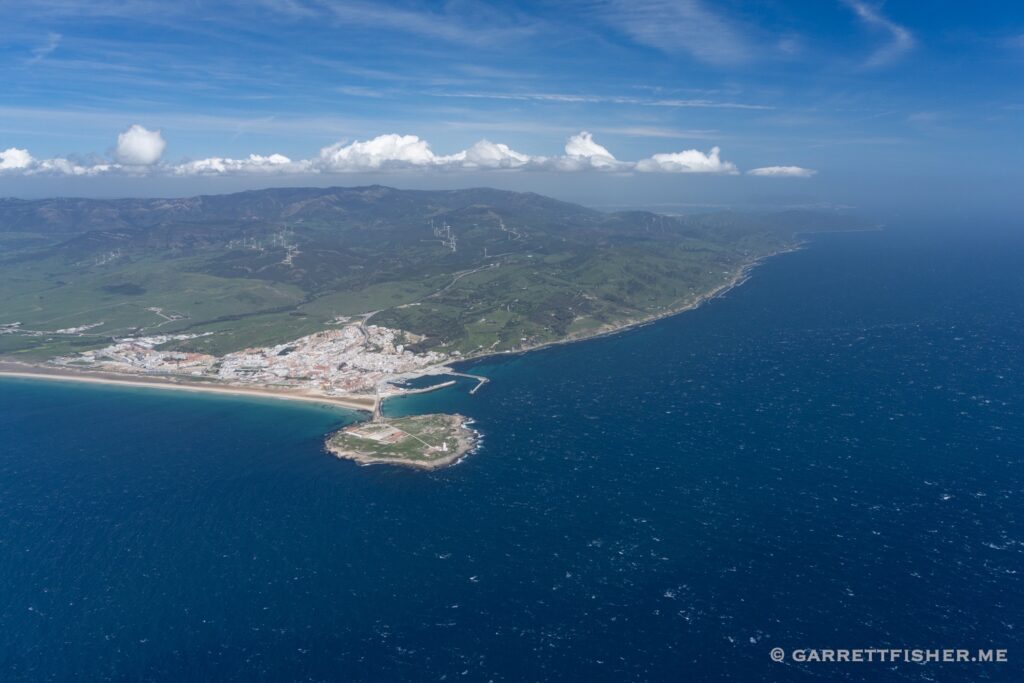 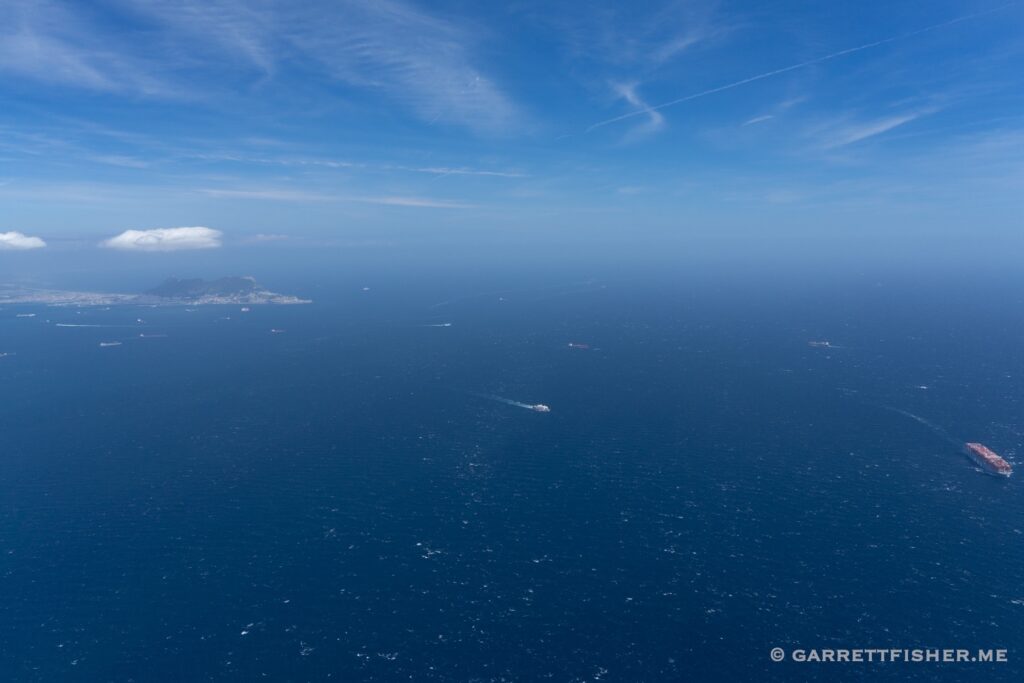 Ceuta, Spain, an exclave in Africa. I am taking the photograph from Morocco. 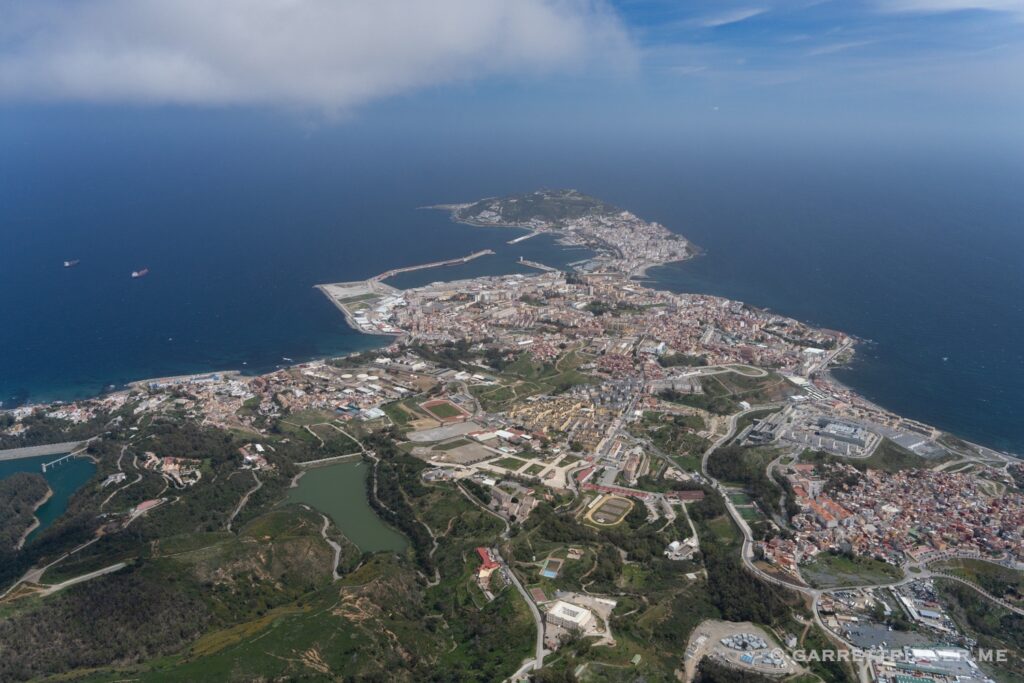 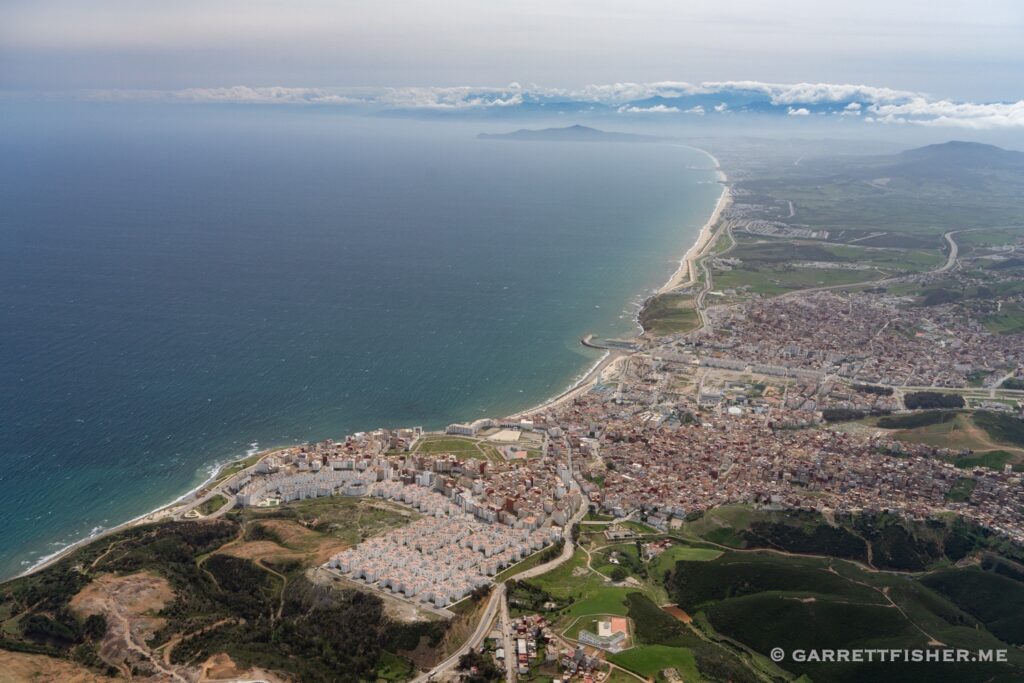 It looks so delightfully crazy down there. 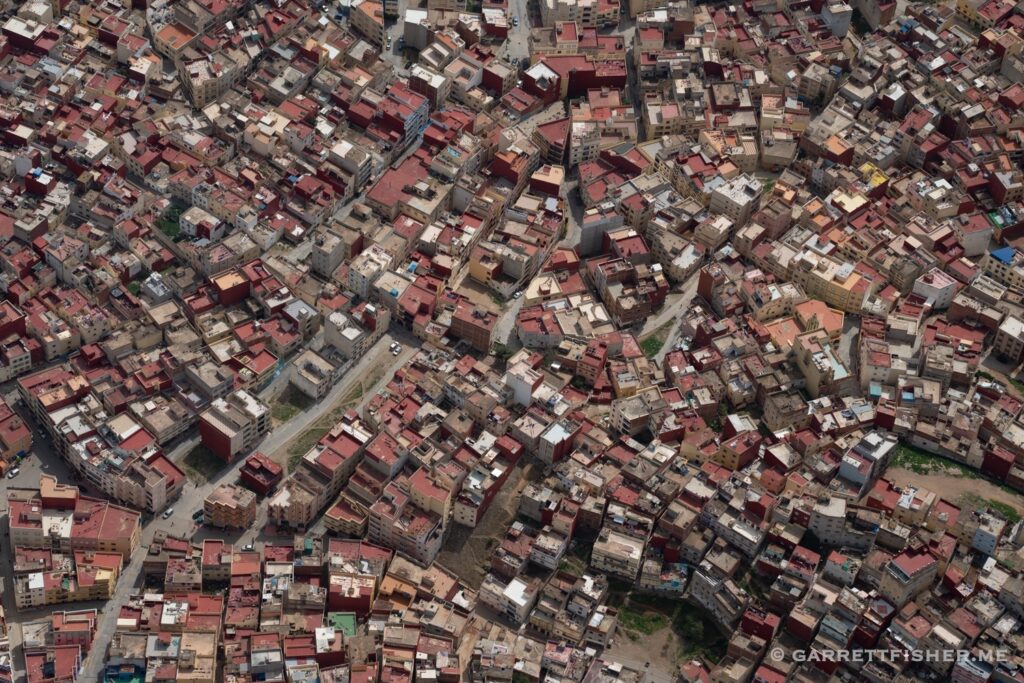 Promontory of Ceuta. Ceuta is a restricted area (of course). Why not make things difficult? 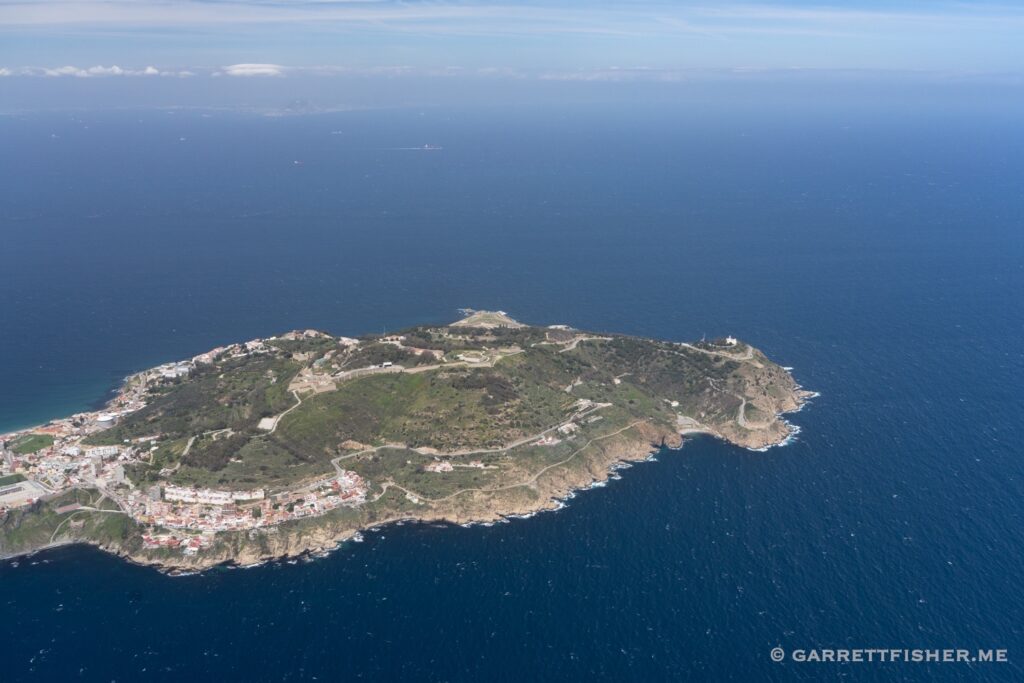 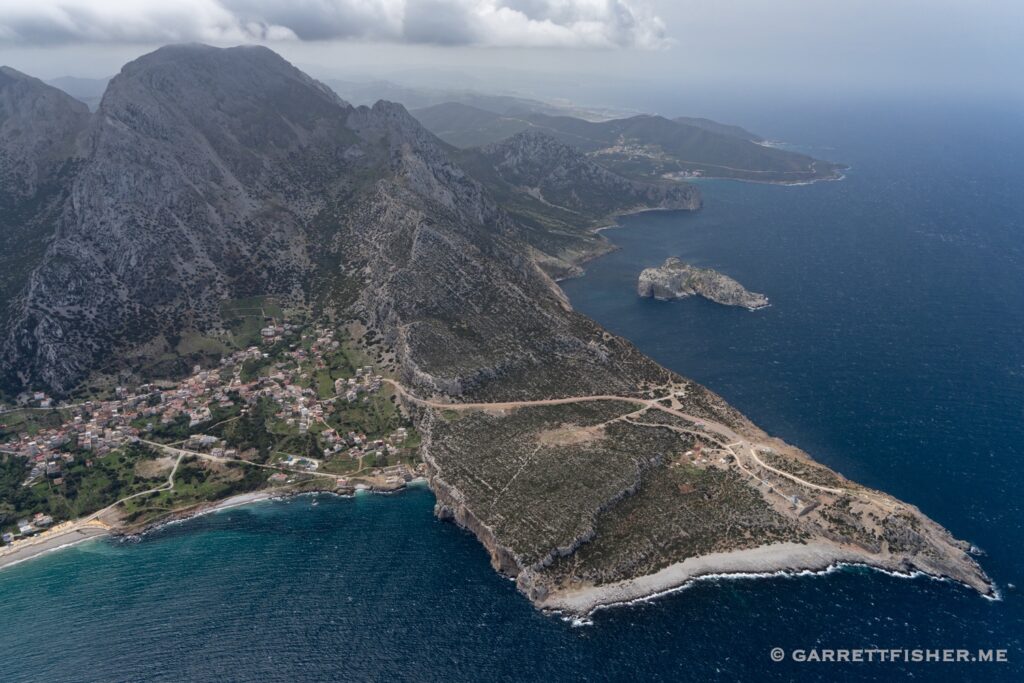 Barbate, Spain. It used to be Barbate de Franco, because the dictator Franco would visit there. While it may appear that I am a jerk for bringing it up, it took 23 years from the fall of the dictatorship until the town changed its name in 1998. 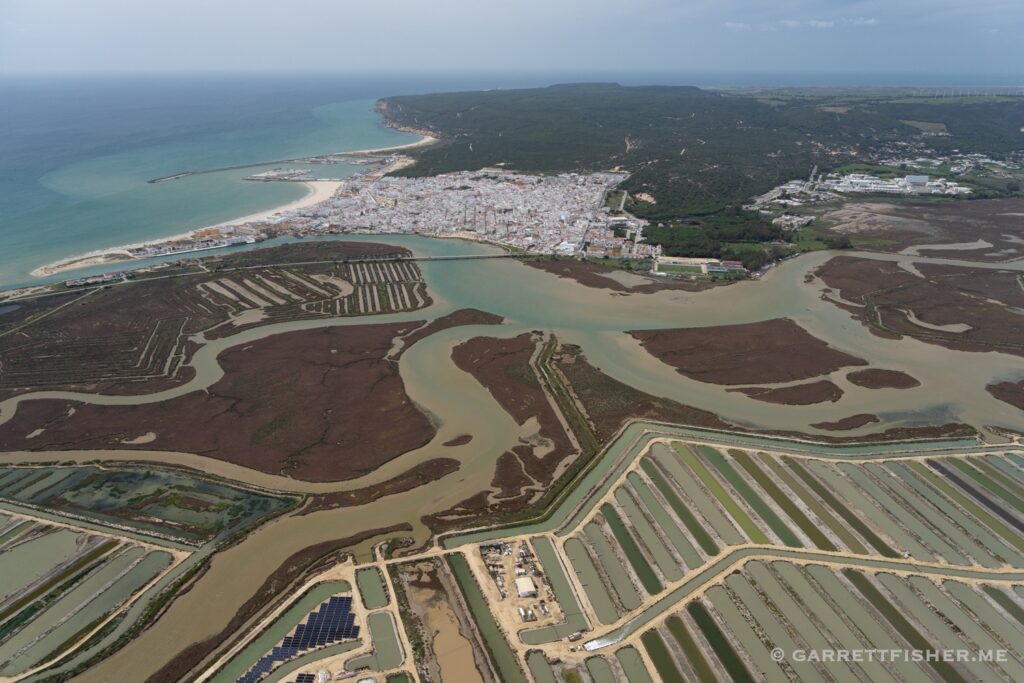 Vejer de la Frontera. One cannot help but notice a tad of commonality with Moroccan architecture. Such an observation’s reception by a Spanish person depends on how culturally self-deprecating they are. 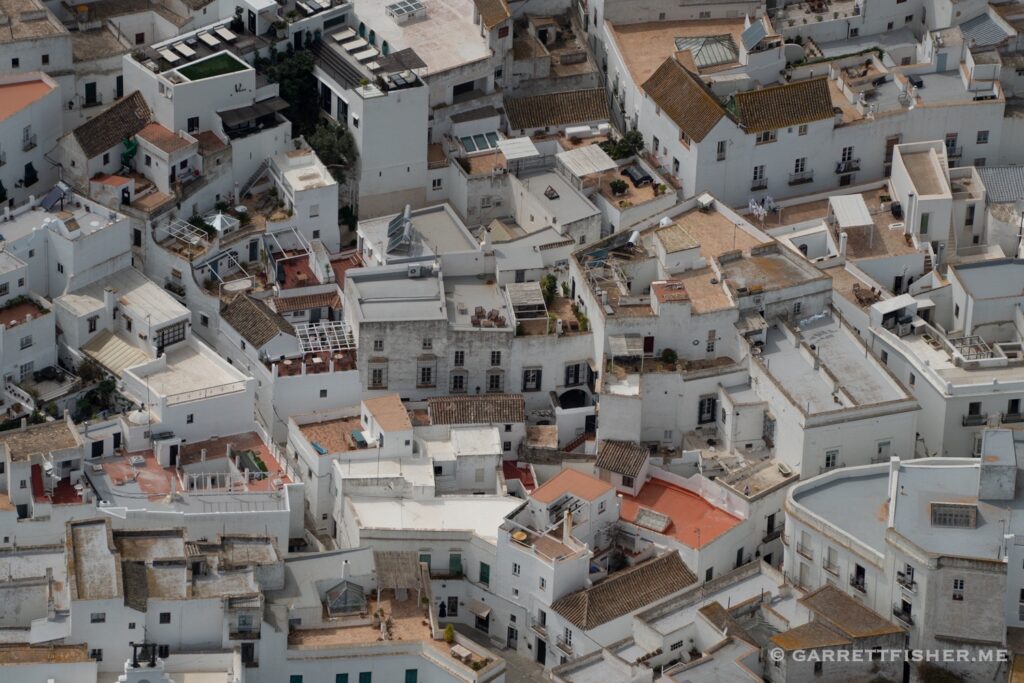