After crawling out of my self-reflective philosophical aviation hole last December, I started to expand my horizons and creep out of La Cerdanya, venturing a bit farther into unfamiliar terrain. This concept worked as early winter weather is rather stable in Spain, so the general condition of the world around me stayed the same. Under those circumstances, my instinct is to start finding new things to look at.

That all changes when the seasons change.

As noted in a prior post, I thought our one winter blast was largely it. Sure, I expected some more snow, but how was I to know if any potential future storm would be as good as the present? I learned through experience that an entire month can go by where above-timberline peaks receive zero snow at all. Could this be the last good storm for the year?

Nope. It was really just getting started.

We got slammed again down in the valley, and logically the storm was measurably more severe at altitude, dumping prolific amounts of snow on the Pre-Pyrenees. Everything I had previously been photographing now looked entirely different. Instead of “some” snow on Cadí-Moixeró and the rest of the area, it was coated from top to bottom. That meant that my focus shifted to revisiting the more interesting of local places, to get them in an entirely different perspective.

There was that, and the fact that normal instability endemic to mid and late winter had arrived. That meant pleasant days with interesting moisture meandering around the mountains, which has a correlative relationship to moist winter storms anywhere else on earth I have flown. The more water or snow that falls out of the sky, the more likely the sky does interesting things with weather phenomenon.

On this particular day, there were cap clouds over various terrain features, with a few cloud layers here and there in some valleys, but not others. It was all set against an incoming disturbance in the atmosphere, which made a nice complement to my imagery, offering a more monochromatic look than the typical sunny day perspective. 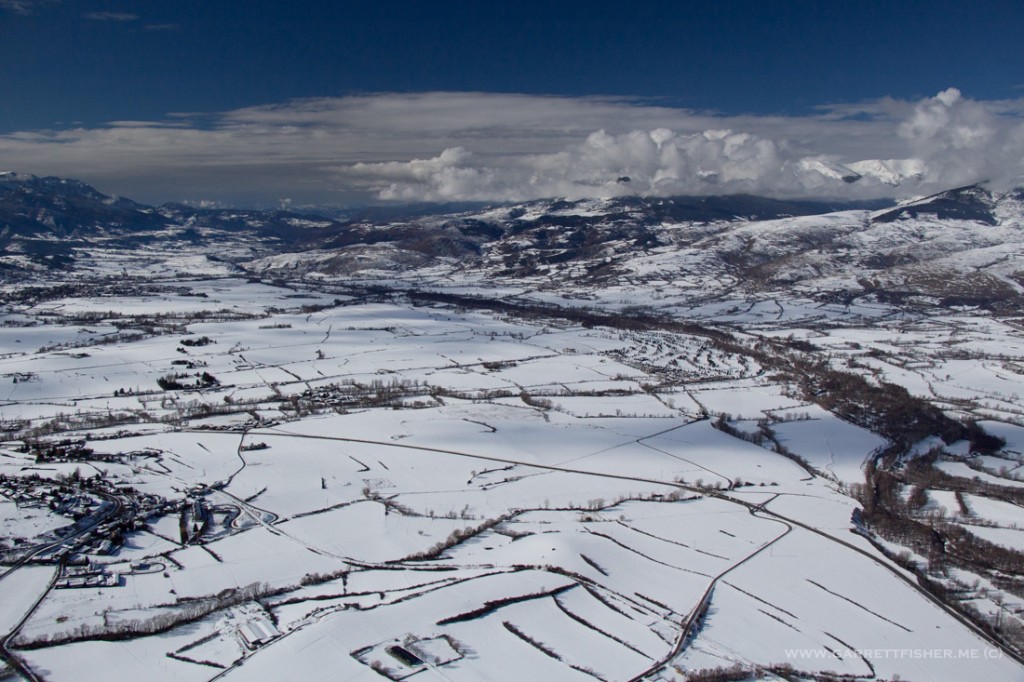 La Masella, with Cadí-Moixeró sneaking in the background. 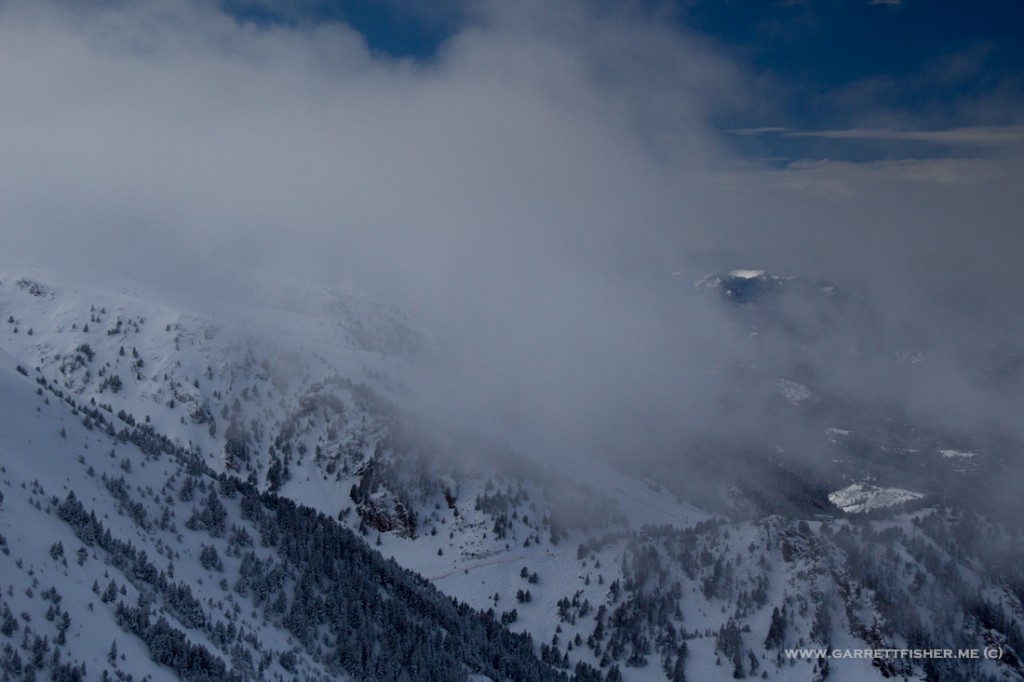 Summit of Tosa d’Alp, hiding in a cloud, barely distinguishable from clouds in the background. Ideal flying weather! 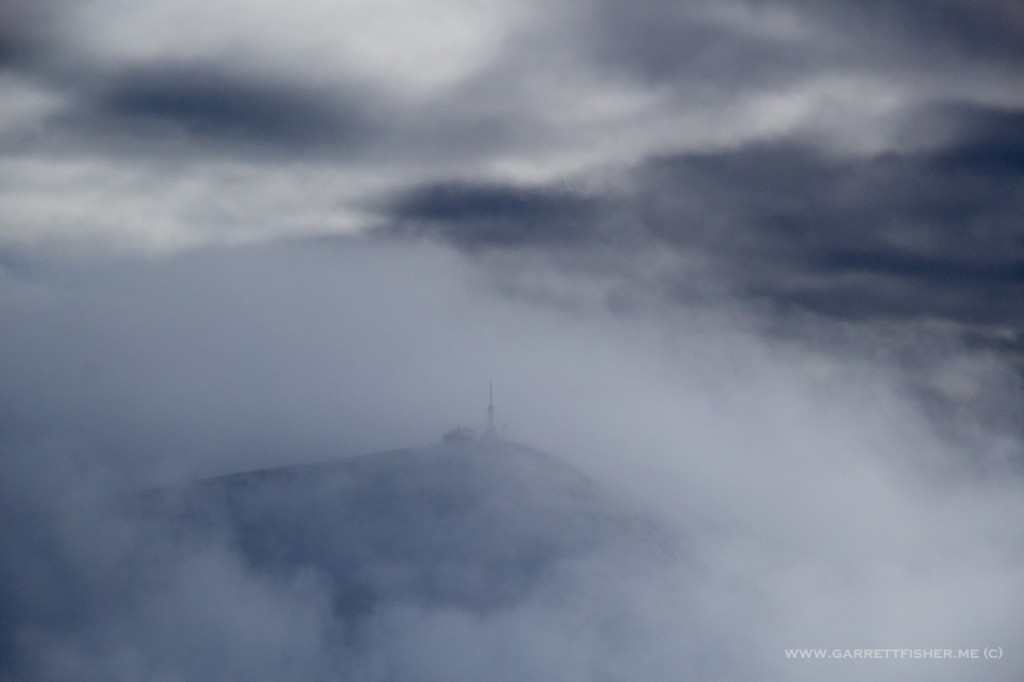 Tosa d’Alp from a distance. 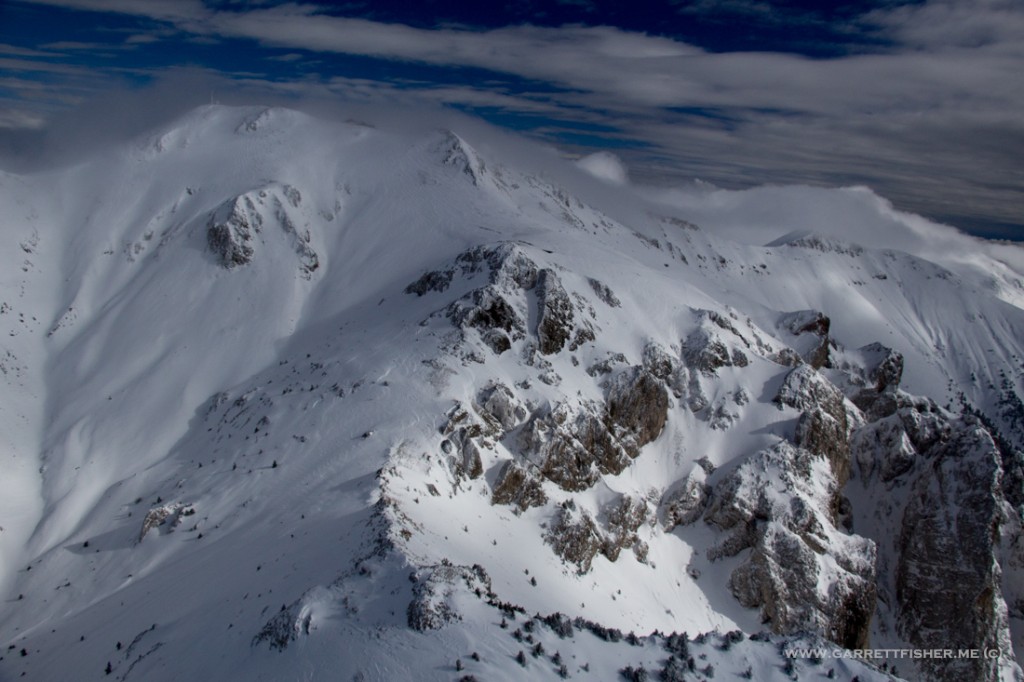 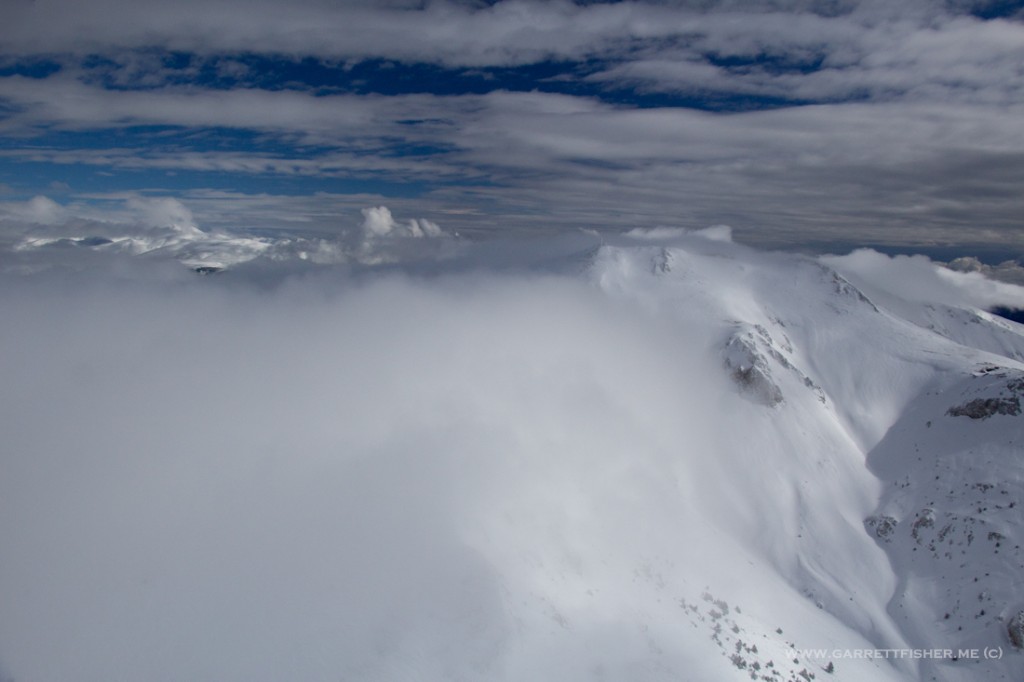 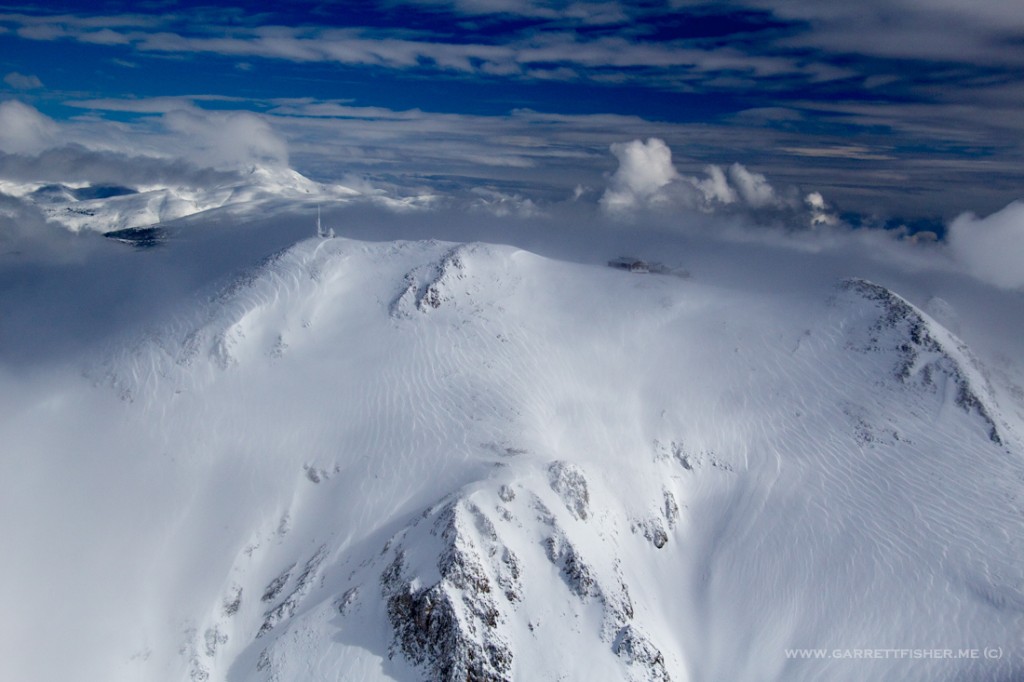 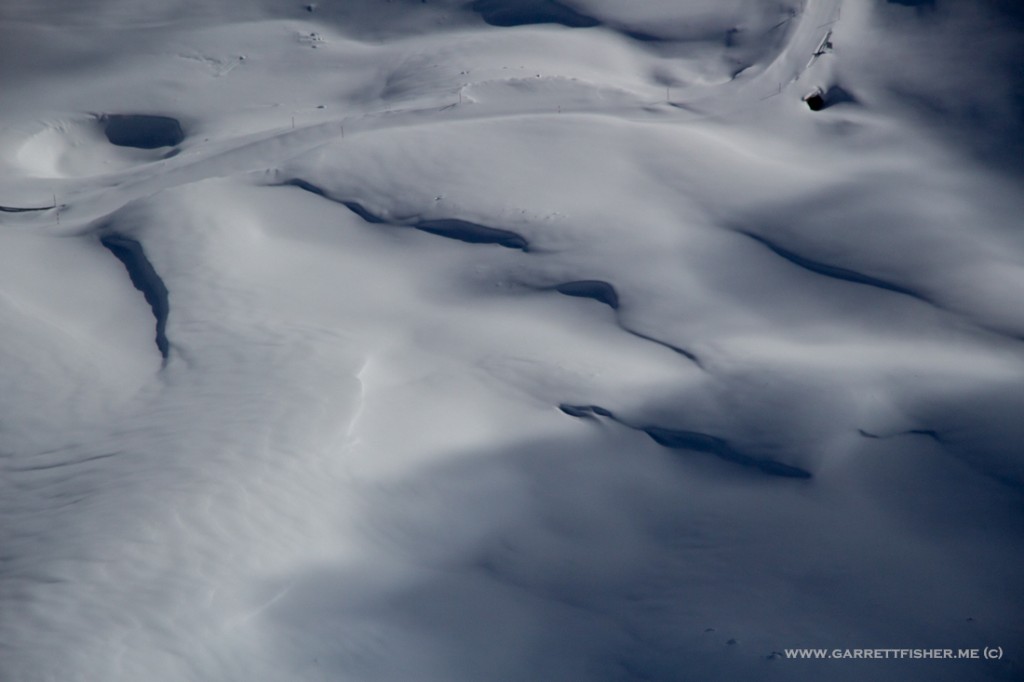 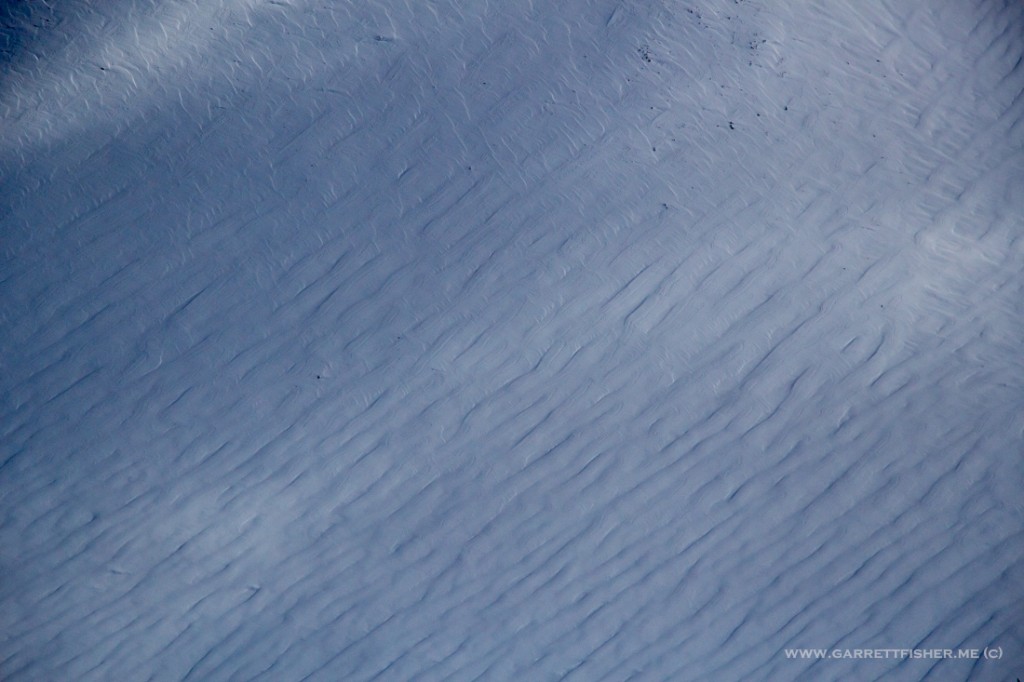 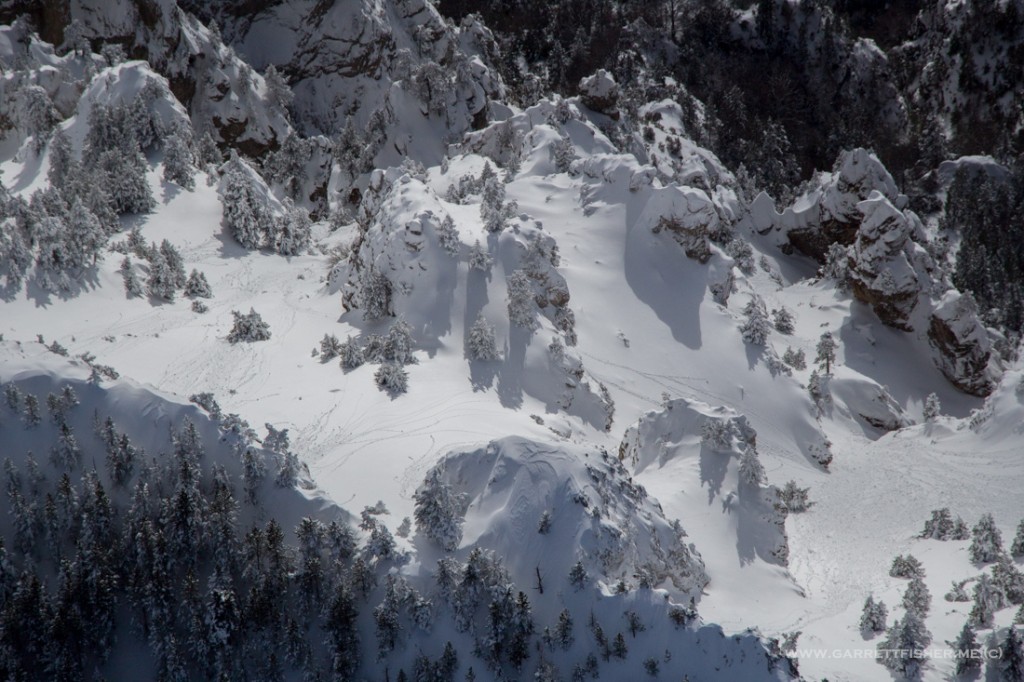 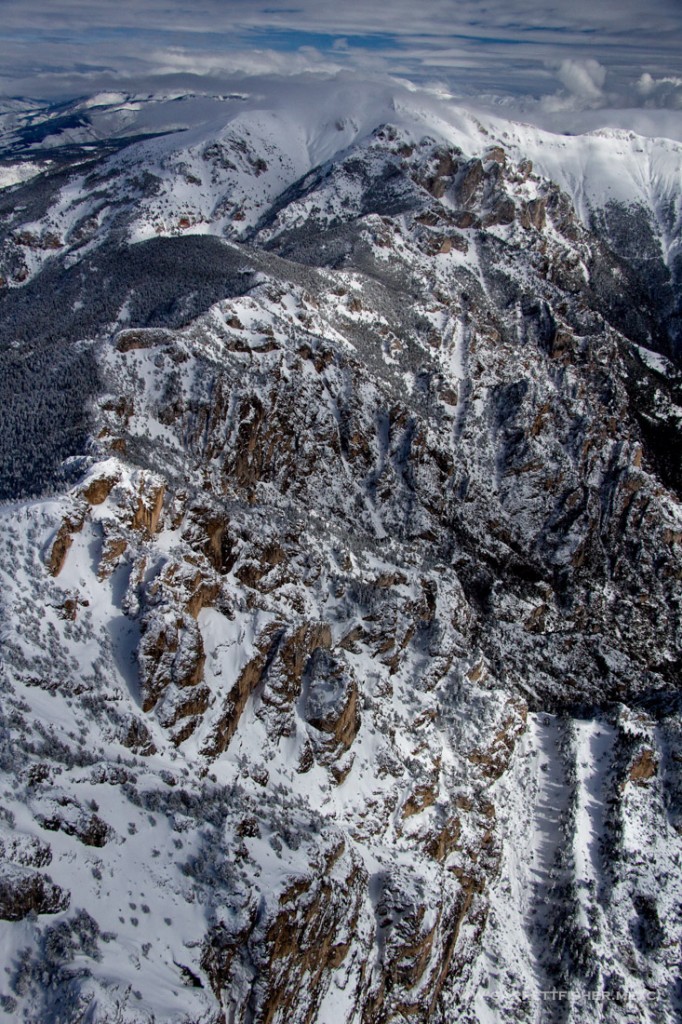 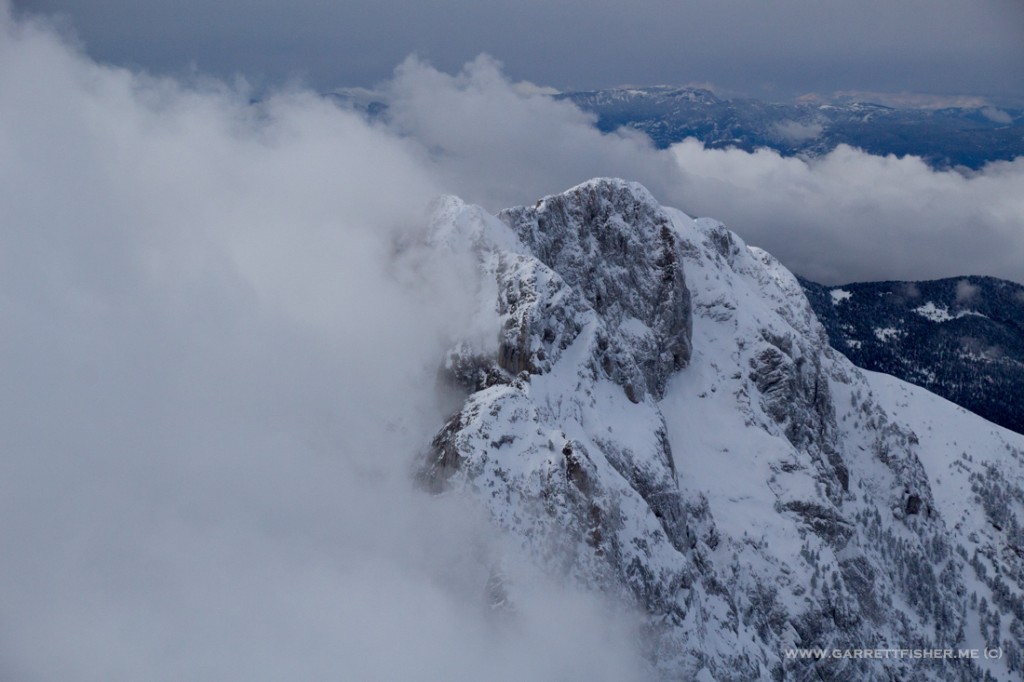 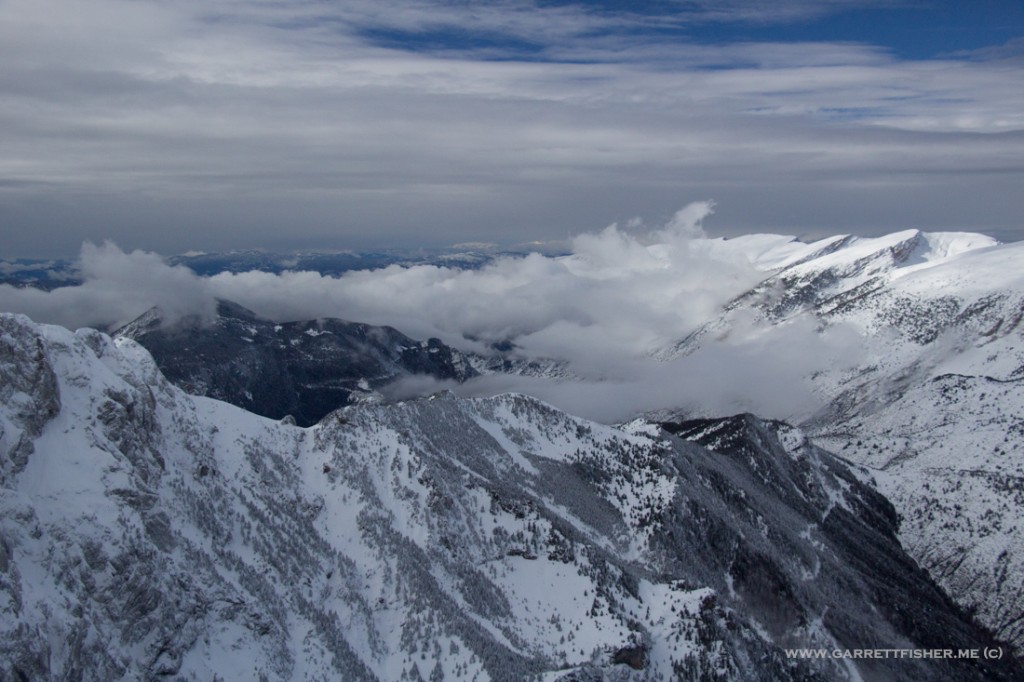 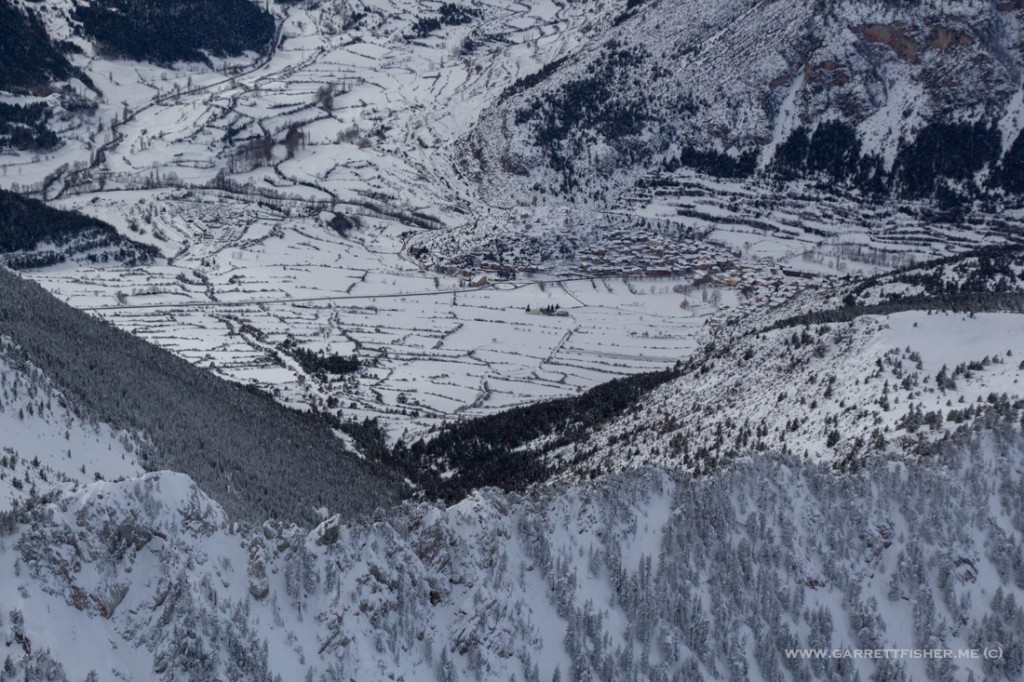 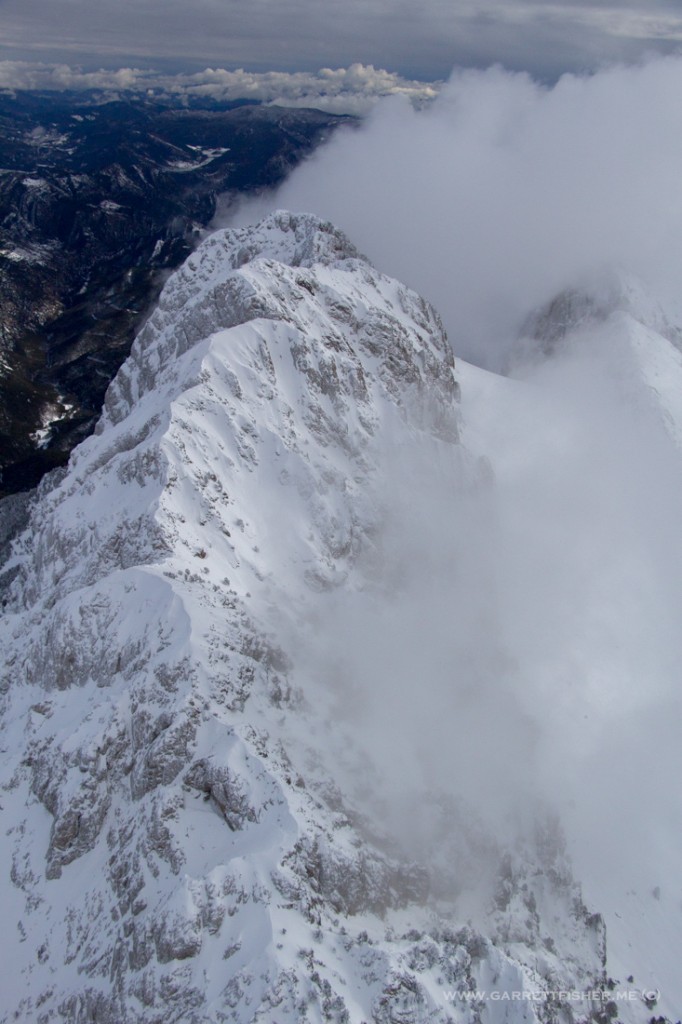 Pedraforca again. I so badly wanted to fly in the saddle between the cloud and the snow. I have a peculiar desire to stay alive and keep my pilot’s license. 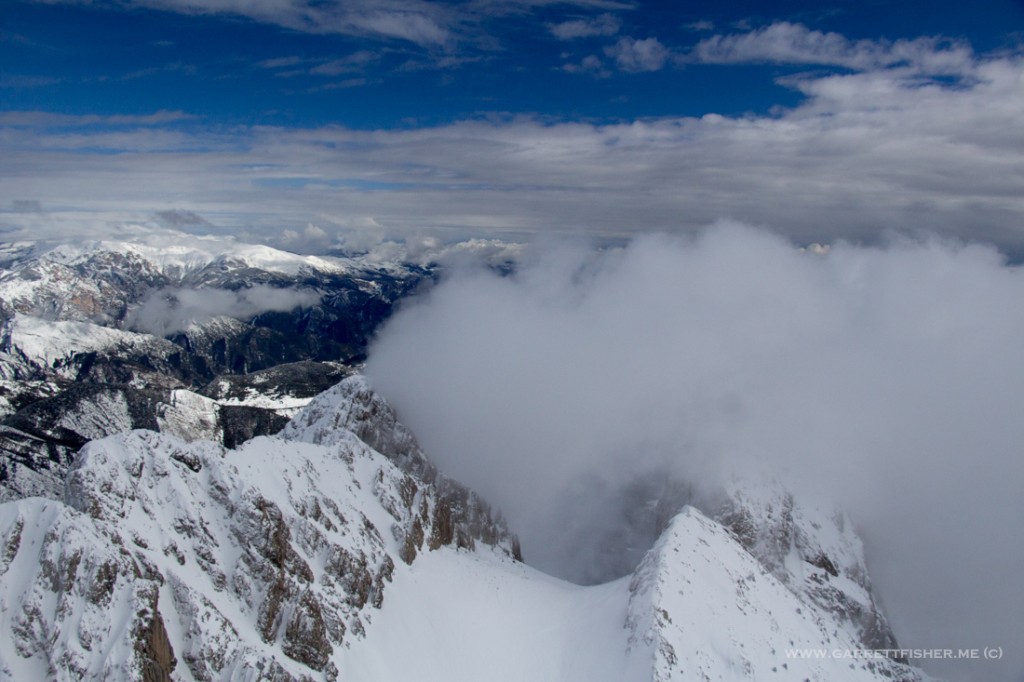 Cadí-Moixeró, with weather rolling in. 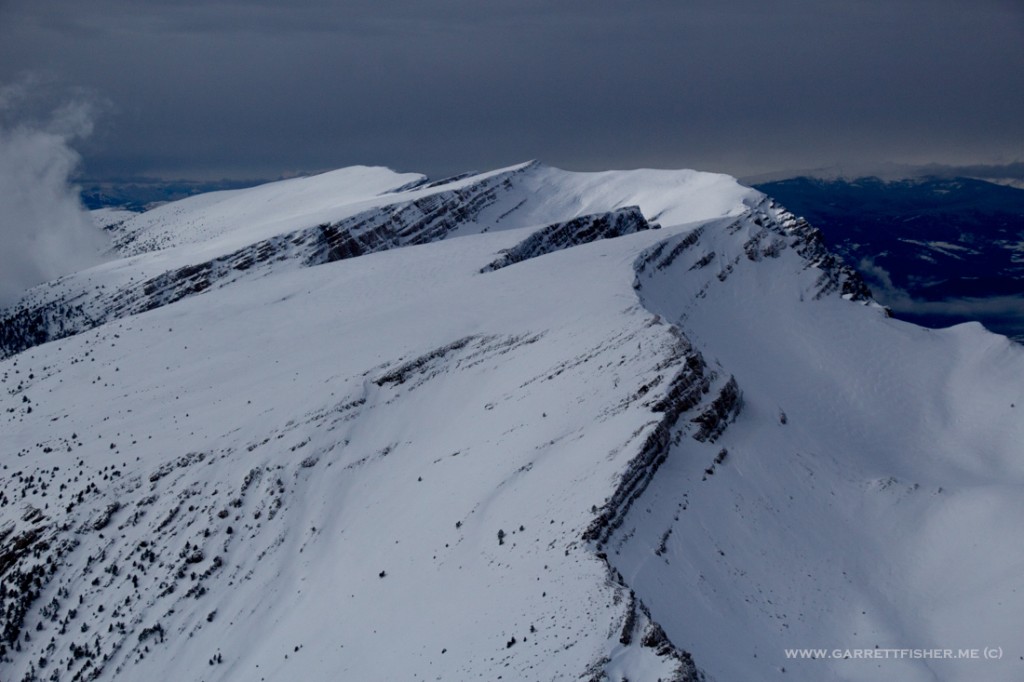 Bor. I have this enigmatic displeasure with looking up place names. I will gladly fly to them, take a picture, post them on the Internet, and identify them on my sprawling complex of maps, though I find the act of labeling them to be tedious and uncompelling. 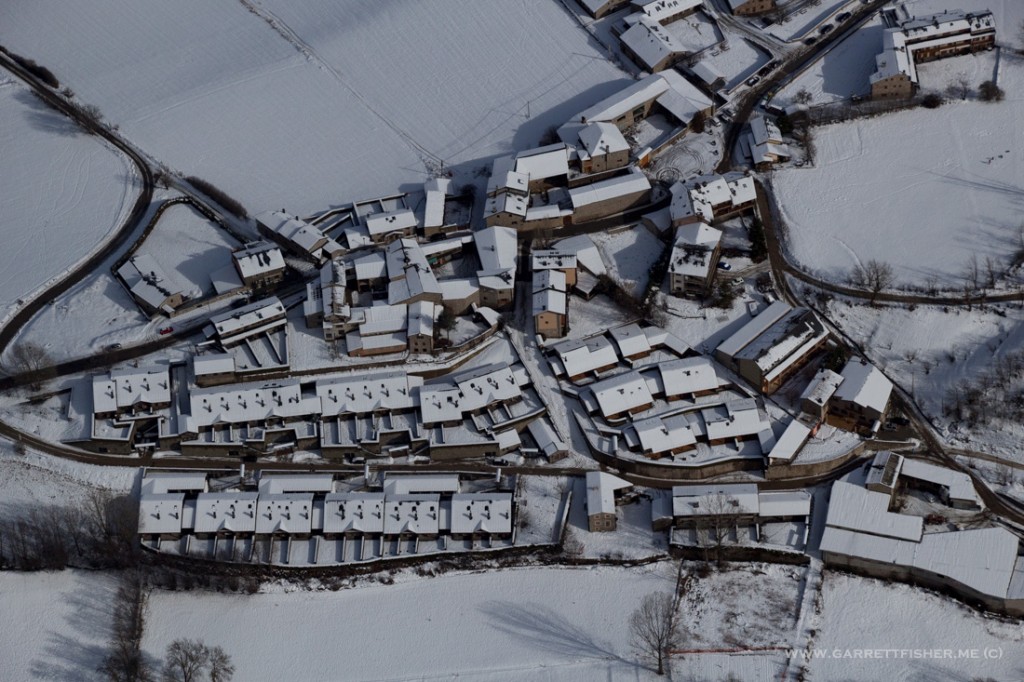