I can’t help it – infrared is too exciting to go back to my horribly dull and pedestrian visible spectrum images. This post is two flights on one day: a mid-day attempt at some imagery over the ridge, along Cadí-Moixeró and around Cerdanya. I am told that IR photography is best during the middle of the day, and after three flights, it is evident that is flatly incorrect, at least as far as my style is concerned. Late evening light is absolutely incredible. I threw a few visible spectrum images in for comparison. Neither flight would have been worth taking with a regular camera, as the haze level has been very high.

Over the ridge looking into the Pre-Pyrenees on a very hazy day. 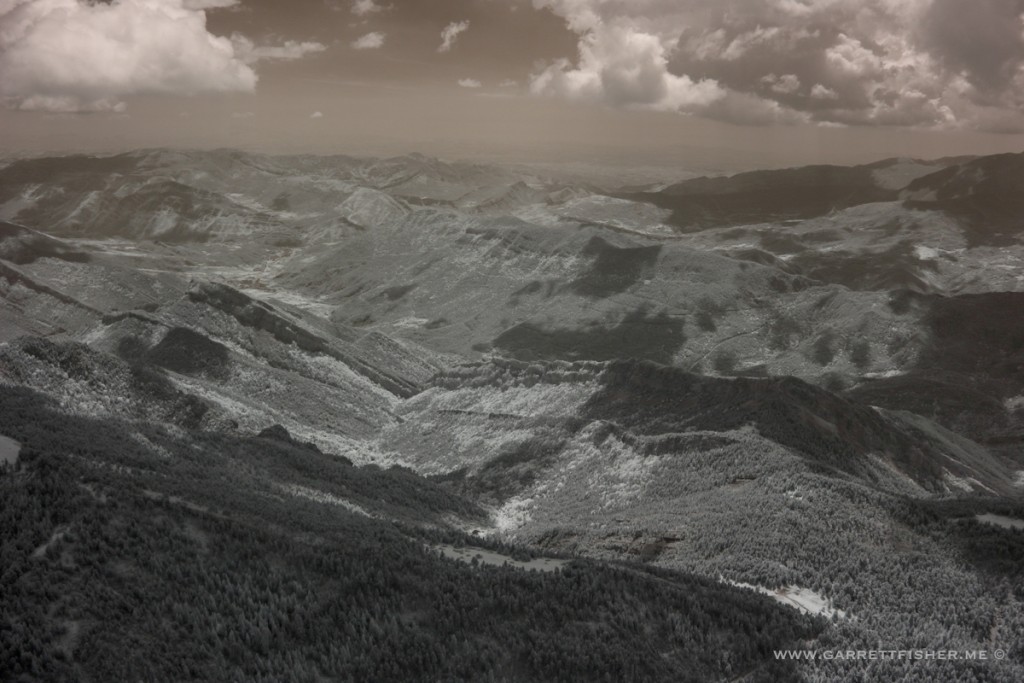 And this is the visible image. Again, dealing with two cameras so the images are slightly off as I swap in flight and reline up. I also have come to notice that 18mm in both lenses (one is 18-55, the other 18-135) is quite different. 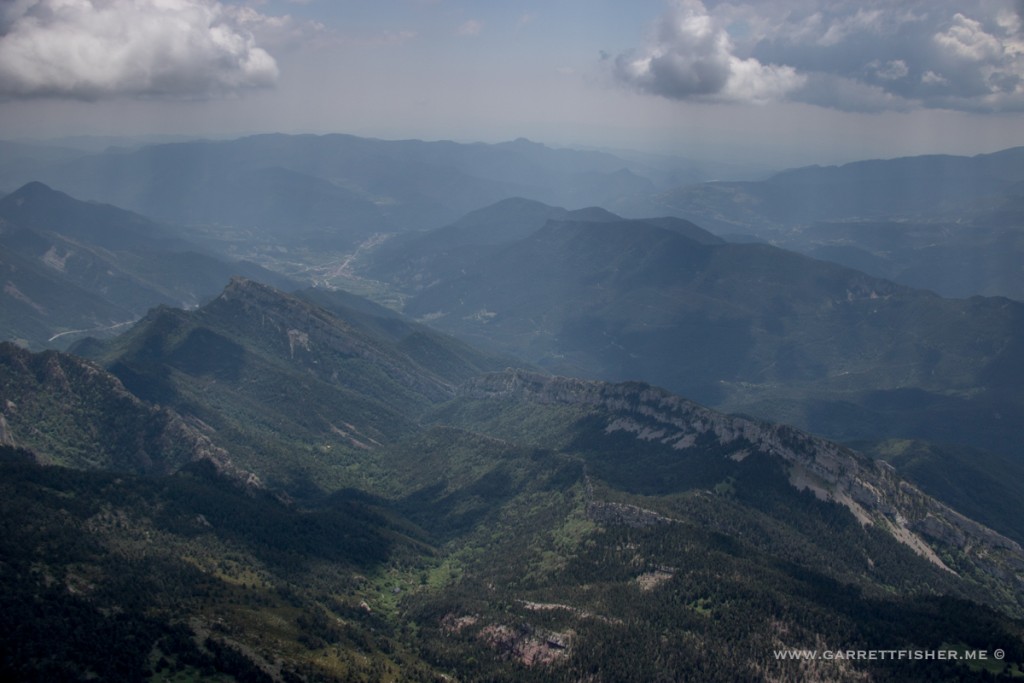 Cadí-Moixeró. Note the sepia tone both in sky and on some of the ground. After extensive deliberation, I have come to the conclusion that the sepia tone on the ground is soil as opposed to rock, of which happens to reflect the same wavelength in IR as the sky, and the camera is seeing it as sepia.

Cadí-Moixeró from above. These are the mid-day images, which are not so hot. One may wonder why the snow reflects sepia. In the Pyrenees, it does not. I suspect it has something to do with accumulated dust and soils mixed in the snow. 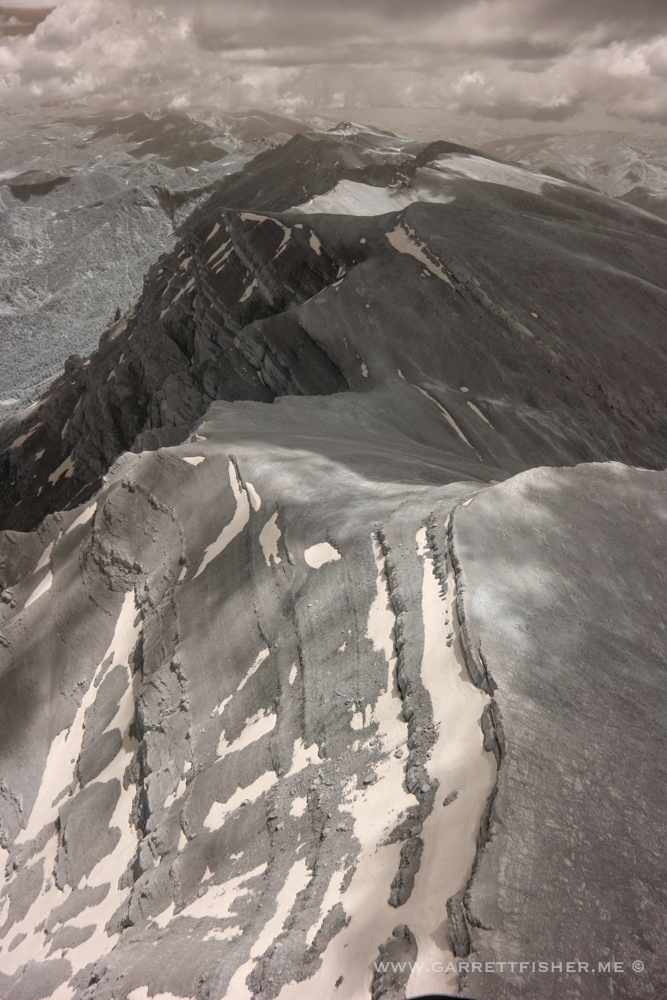 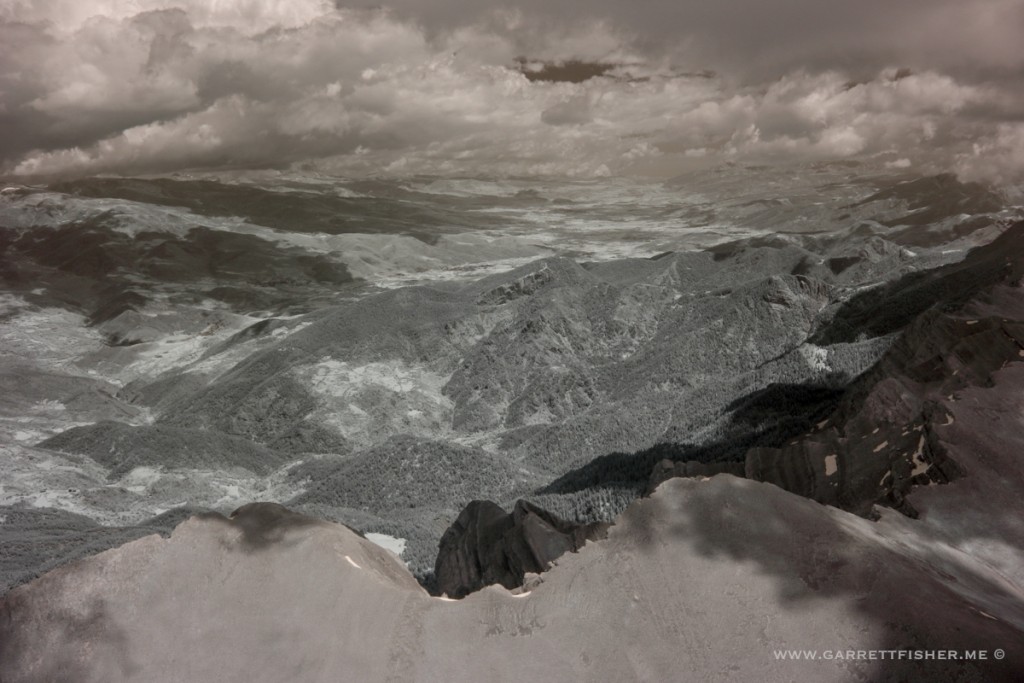 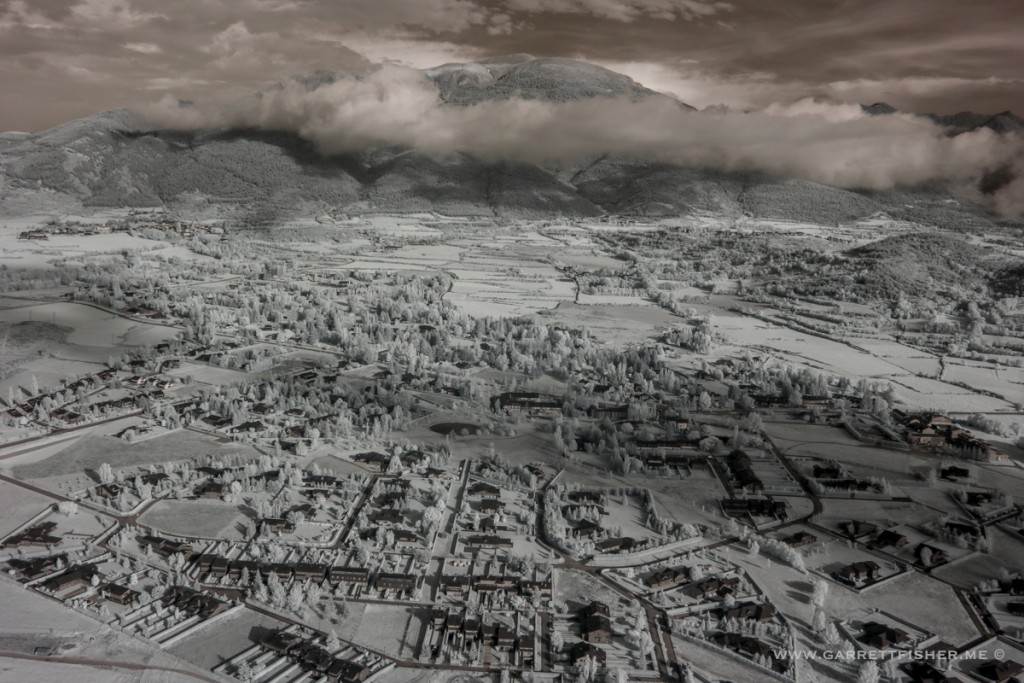 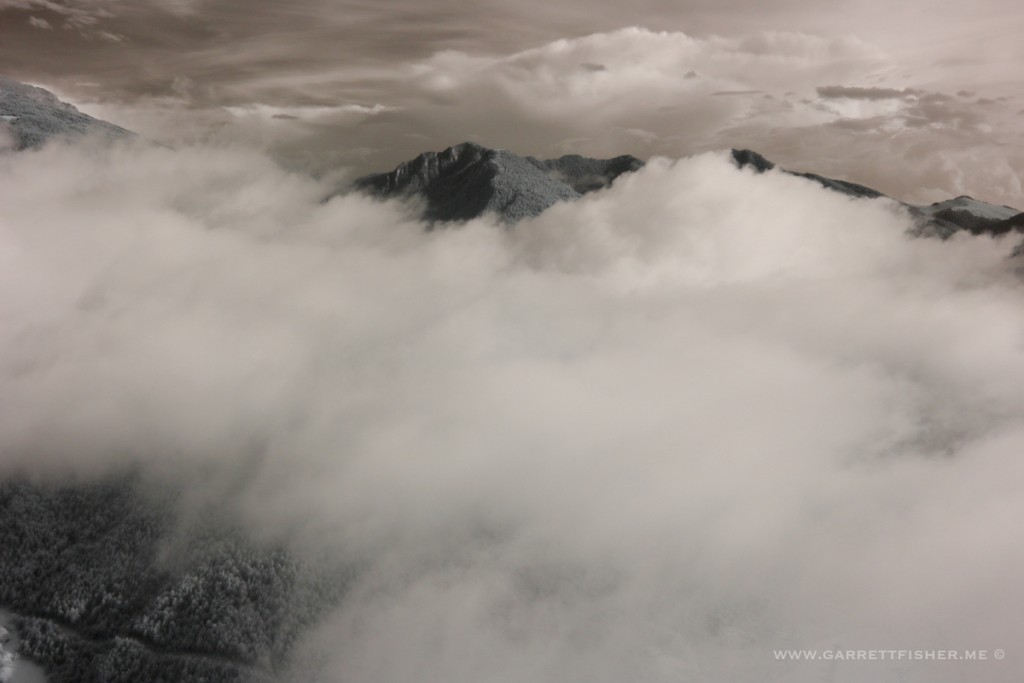 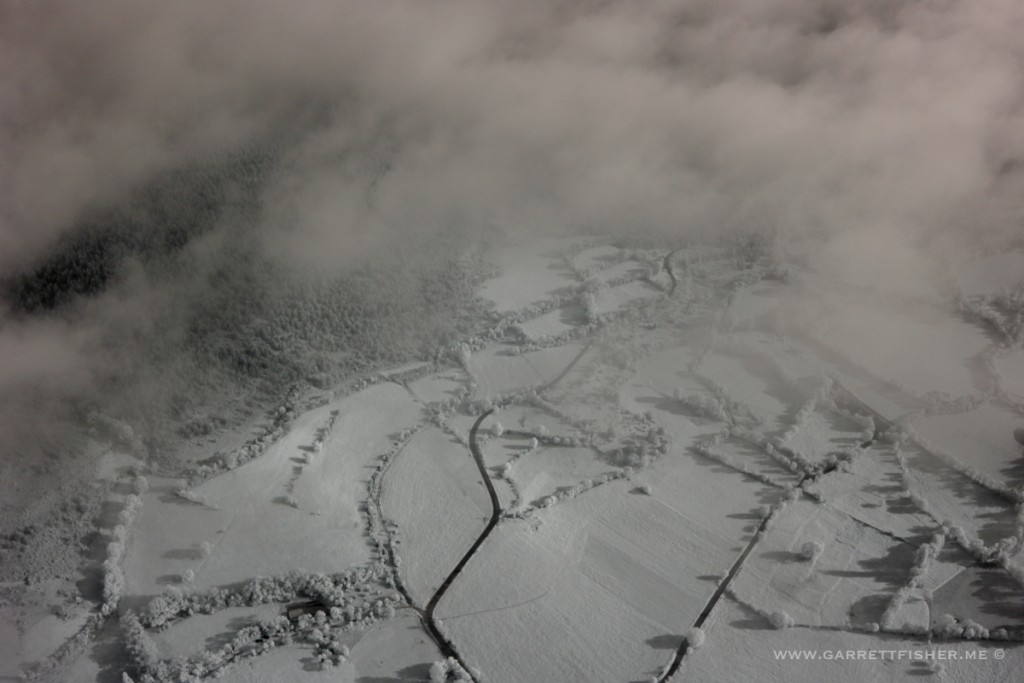 Notice how the clouds reflect less than grassy fields. 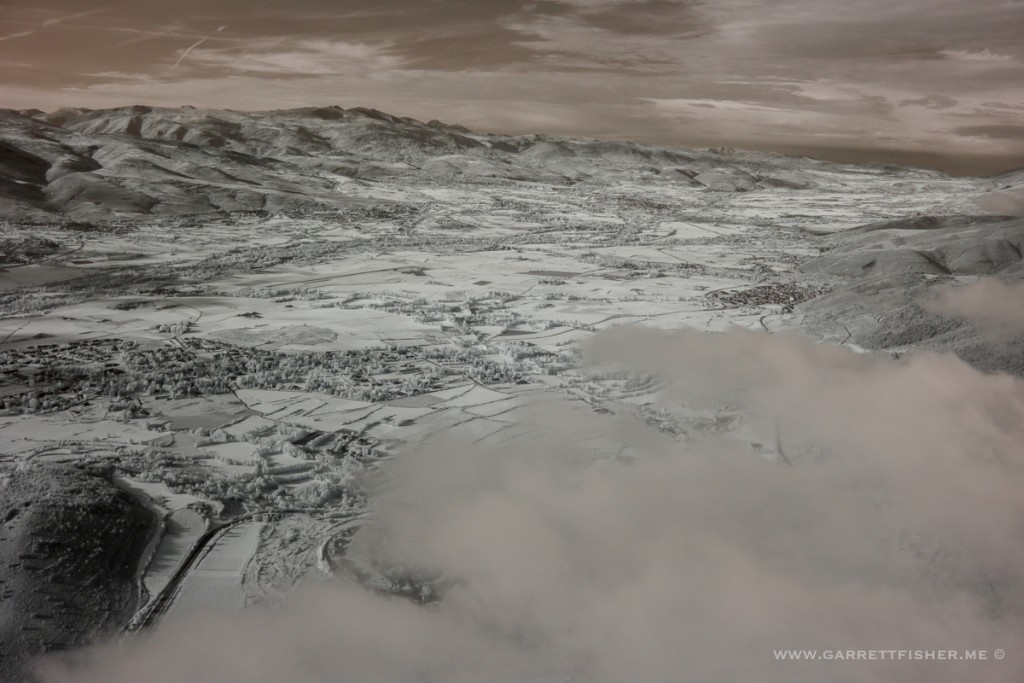 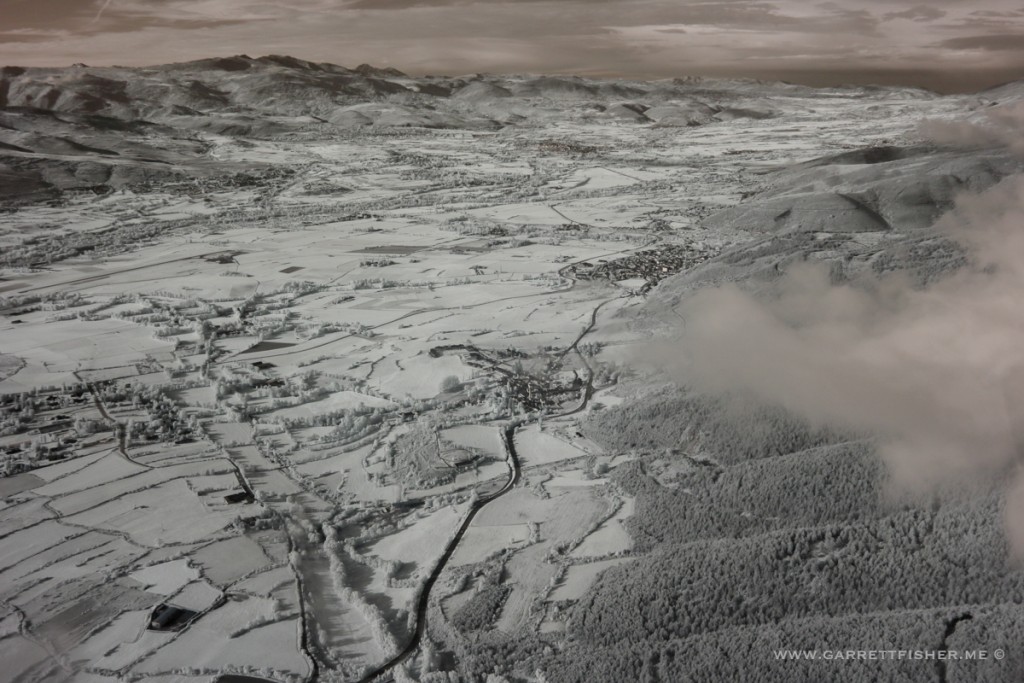 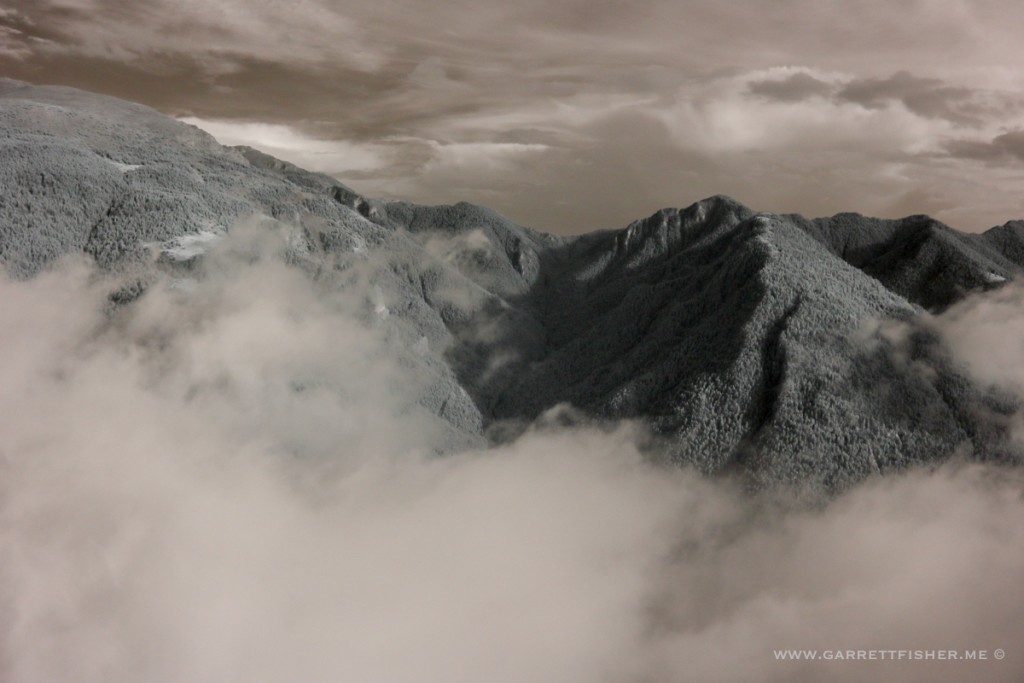 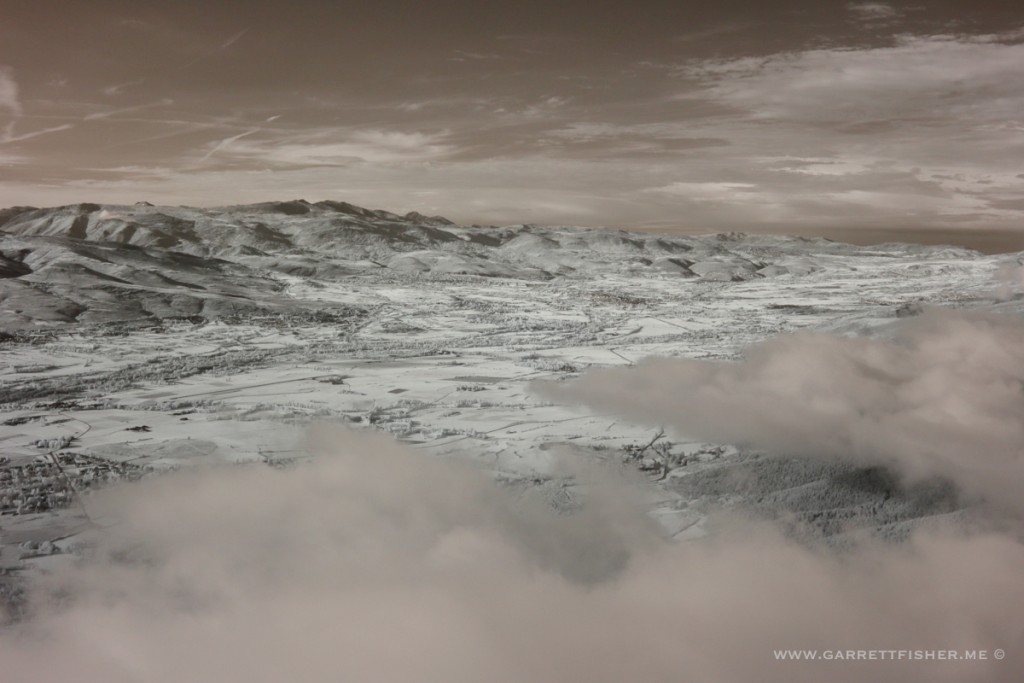 Visible spectrum – for good measure. I have to do quite a bit of work to post process the visual images, where I do very little work on the IR, if anything at all. One may note that the visible image really isn’t dynamite – I would not have gone up given the haze count, even in the evening after the thunderstorms blew through. 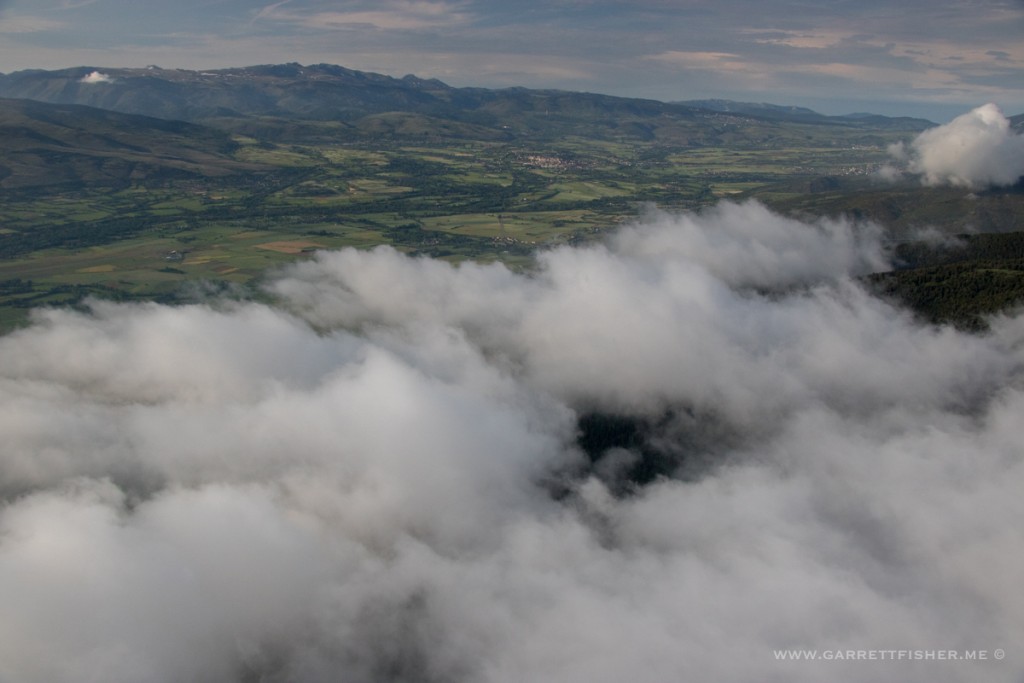 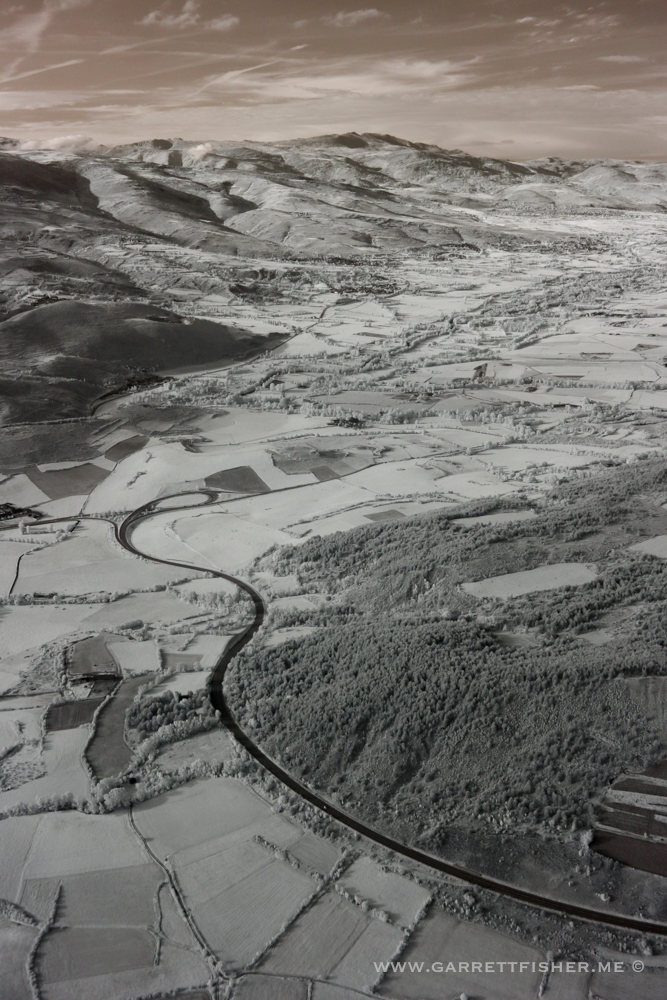 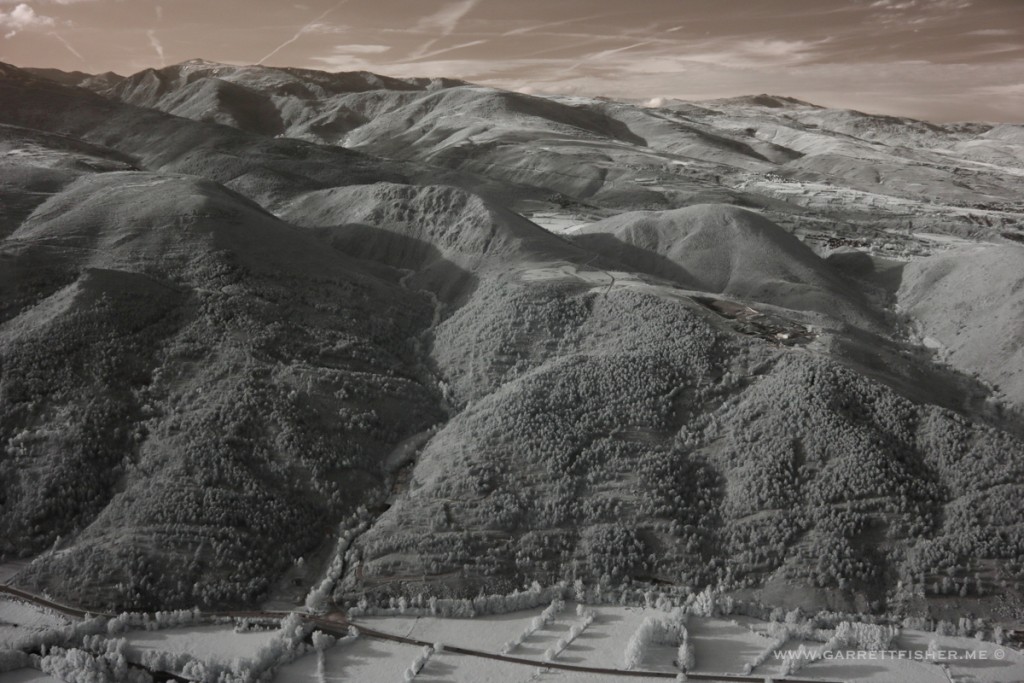 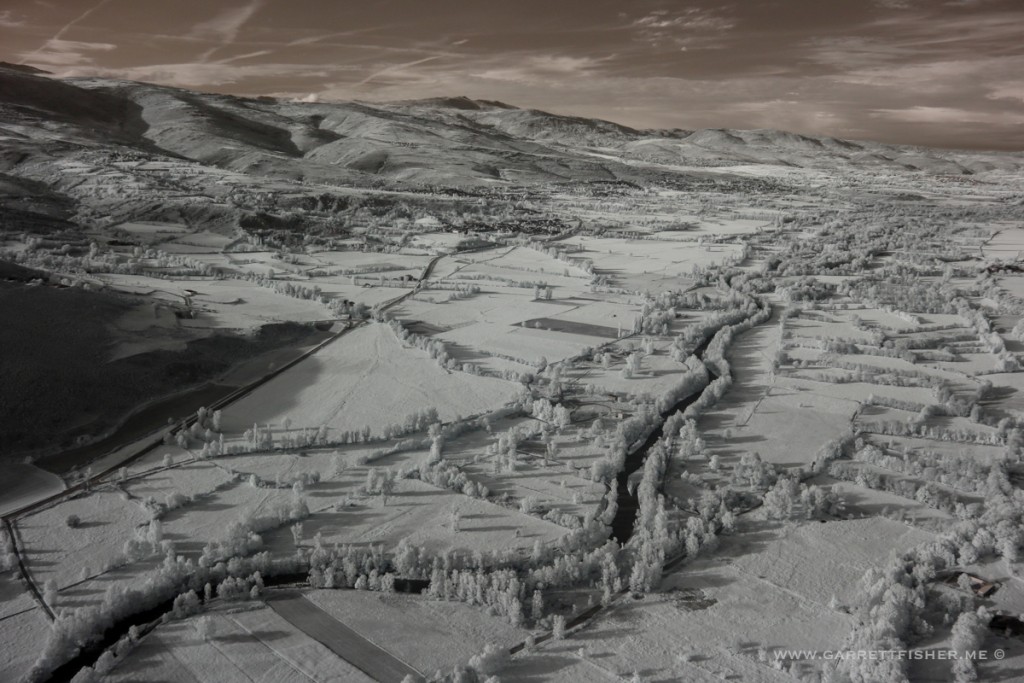 Oh for God’s sake put the damn camera away and fly! Sanavastre on the right. 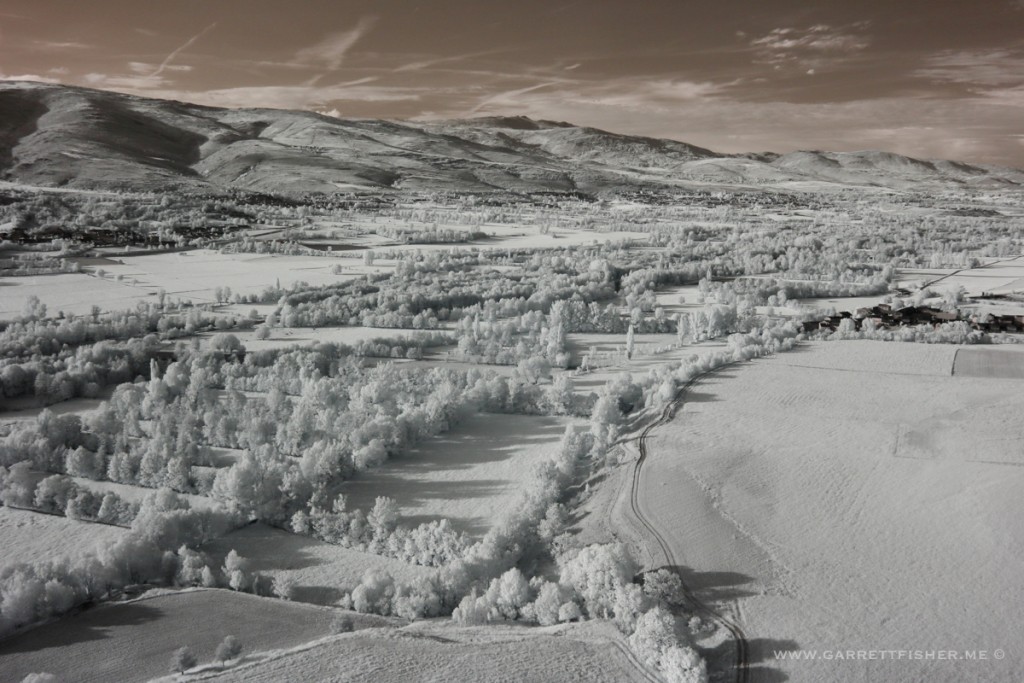