It has been some years now where I have a predictable routine. I move somewhere new, fantasize about autumn in upstate New York while I was young, and vow to take the flights I didn’t take when I was too young to pilot an aircraft, chasing fall colors in whatever locale I am wandering around in.

Just about every time, it doesn’t work.

Yet again, the enigmatic mystique of youthful nostalgia mixed with the soulful presence of the Iberian Peninsula, beckoning me to chase deciduous leaves in the final stages of life.

One of the realities of a high mountain region on the dry side of the Pyrenees is that there are not many deciduous trees. While there were some in full color, it wasn’t enough to compete with the vibrant, contorted fantasies spewing forth from my hippocampus.

On the other hand, there is a maxim about flying around with a camera: I tend to end up with something other than intended. As the following photos will show, this was another flight to add to the quiver of proof for my witty and cynical aphorism. A few weeks later, when I thought autumn was dead and buried, I set off looking for something else, and got bathed in a fire hose of autumn. You’ll see that in a few blog posts.

Not exactly an autumn photograph, though pretty. 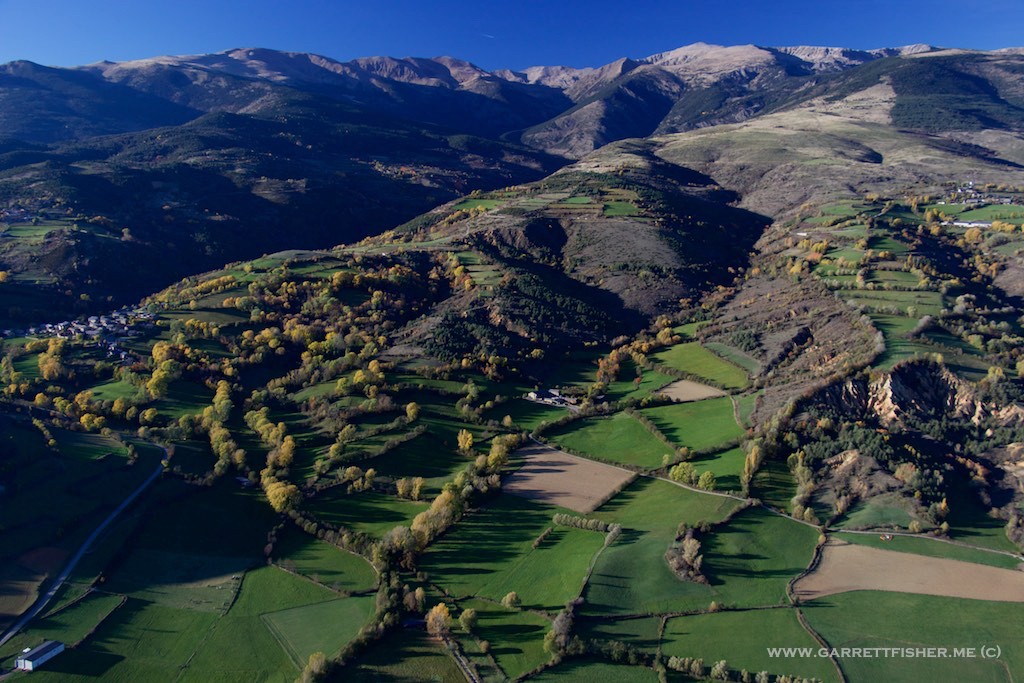 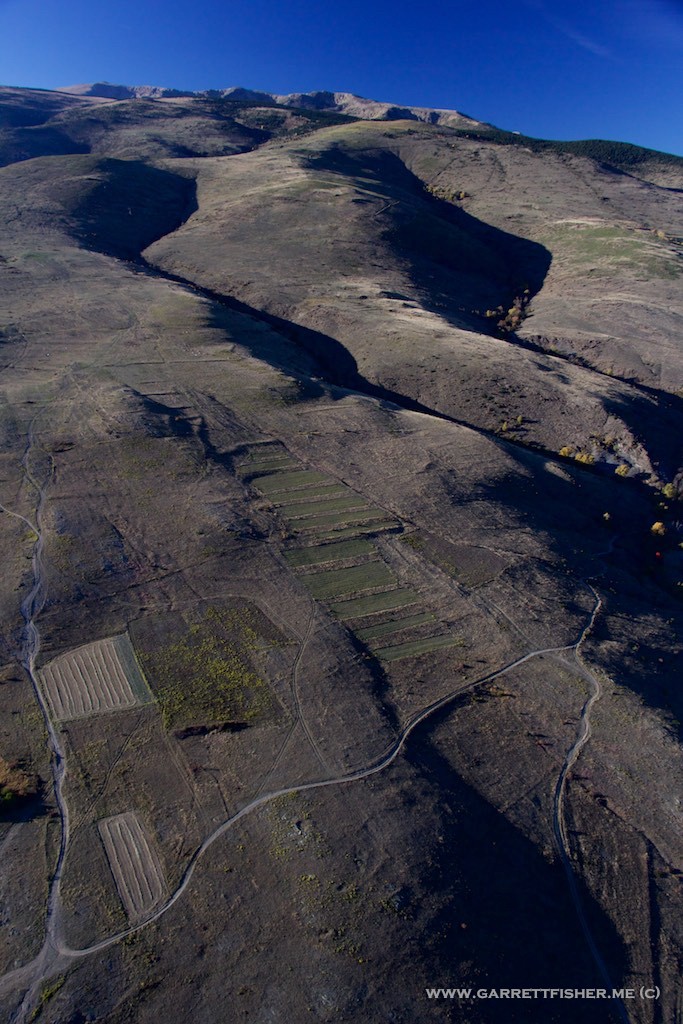 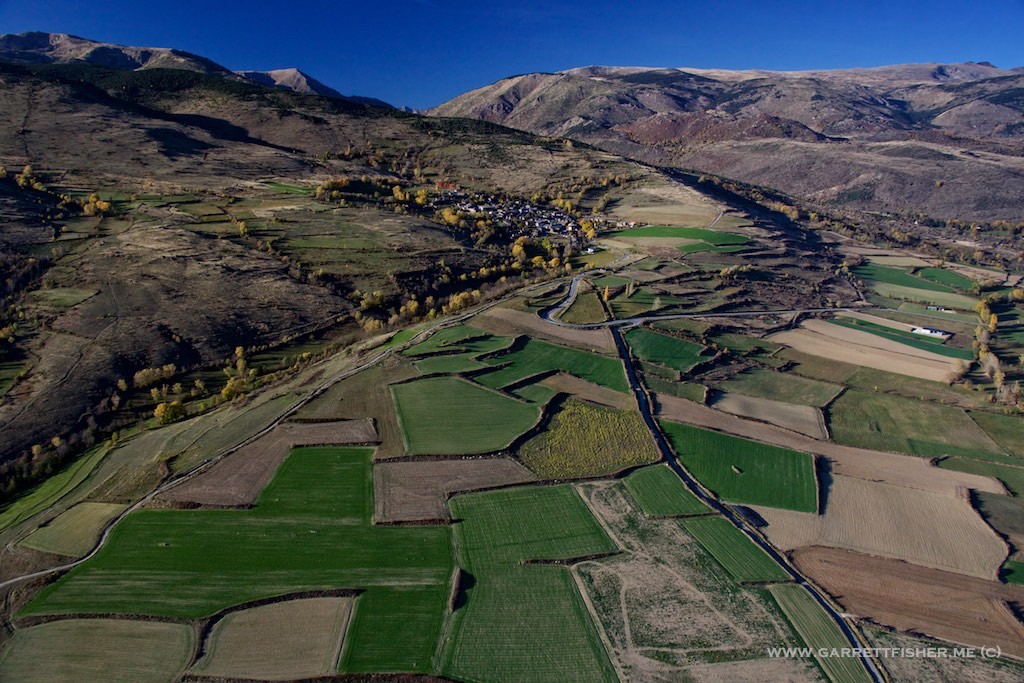 Finally! Some autumn….and its in a trailer park. 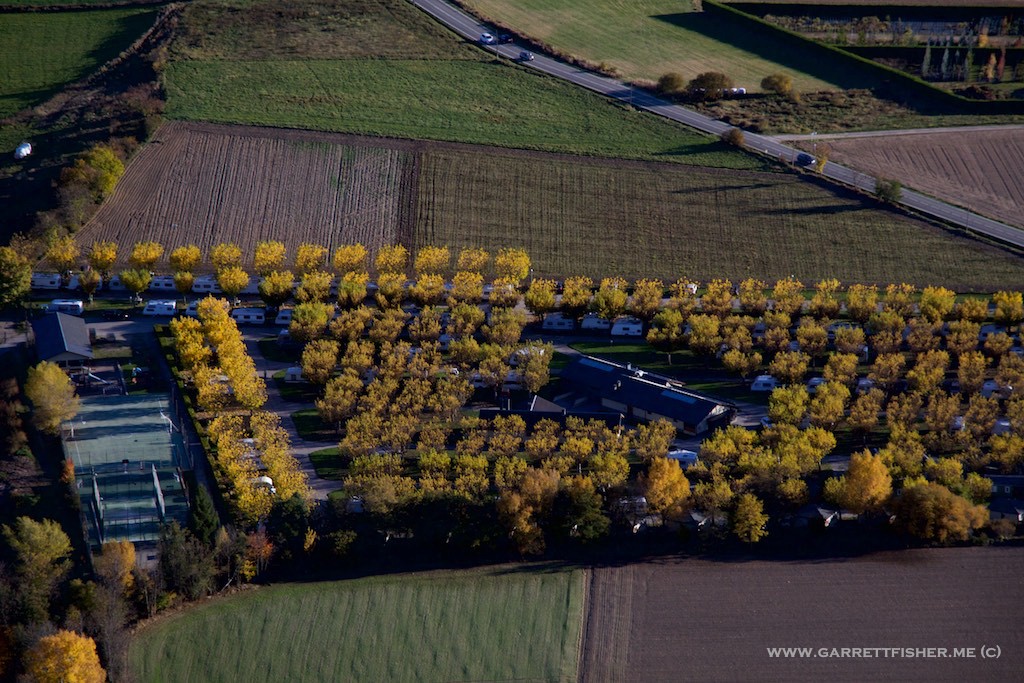 Many of the fields in La Cerdanya were tilled and prepared like this. 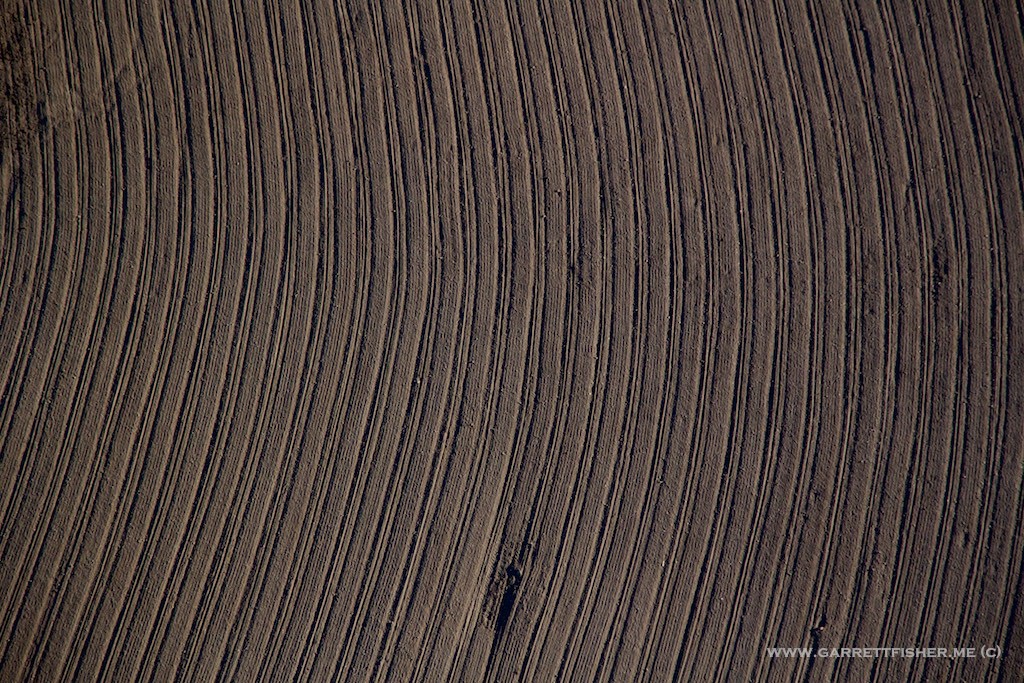 I think this is France, though it might be in Llivia, a bizarre Spanish exclave surrounded by French territory, a hangover from a poorly written treaty about 500 years ago.

Flowering plant mixed among the field. 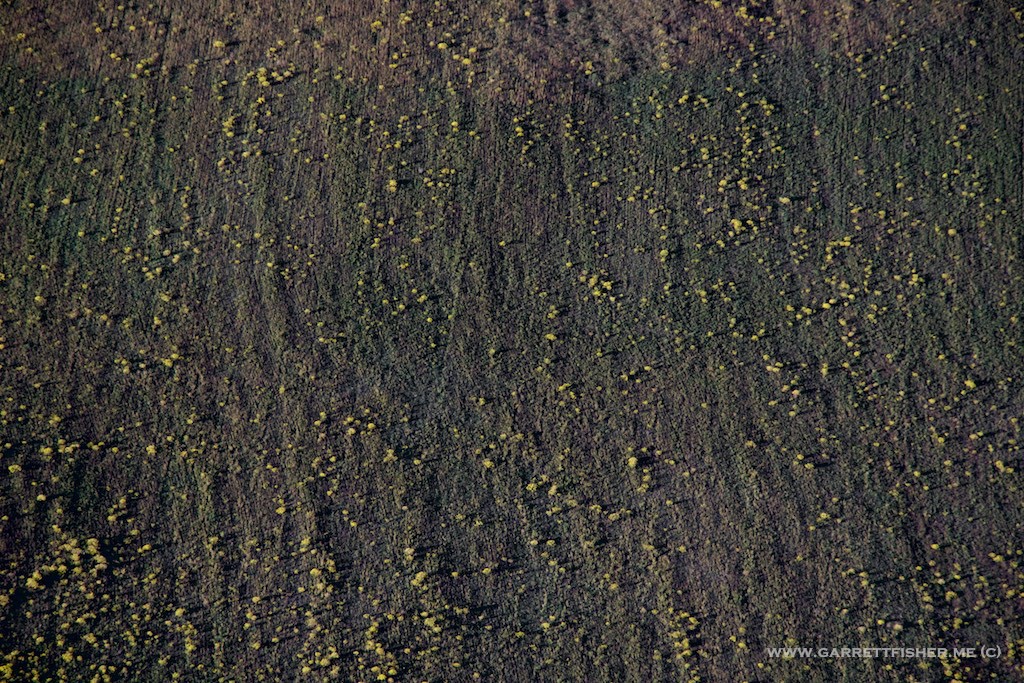 During some Napoleonic battle, the locals fled up to this church to take refuge (there is even a local holiday dedicated to it). We decided to drive to it, and there was *allegedly* a sign saying it was forbidden, for which I am American and intentionally dumb and kept going, which triggered a lovely marital “discussion” in the car. 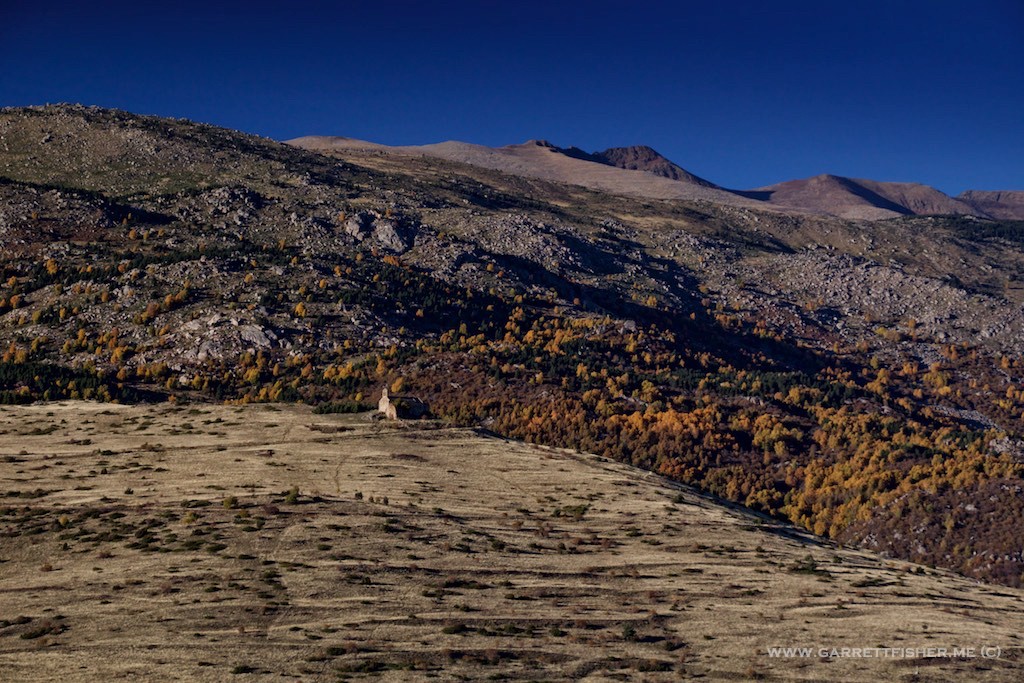 Cattle in France. I can only wonder if they take on any French behavioral characteristics, such as a more nasally moo. 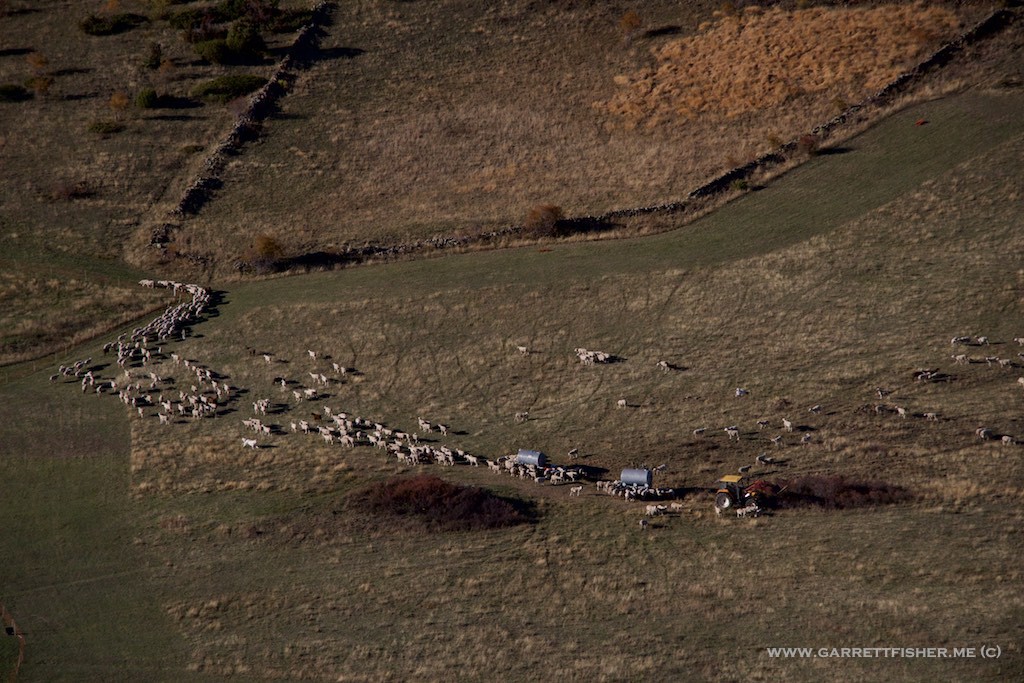 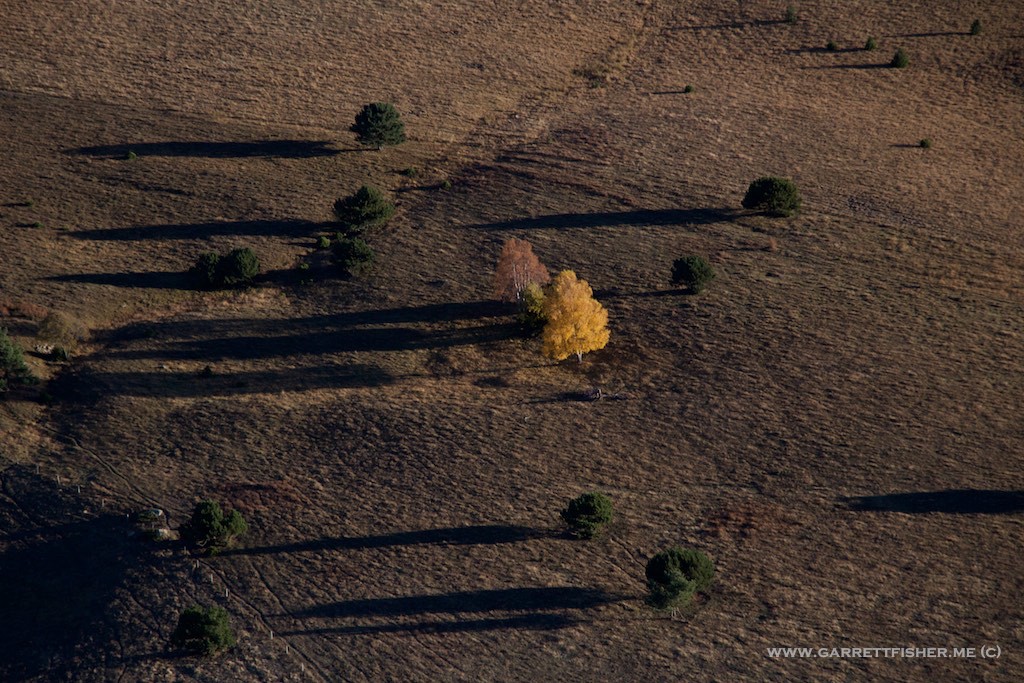 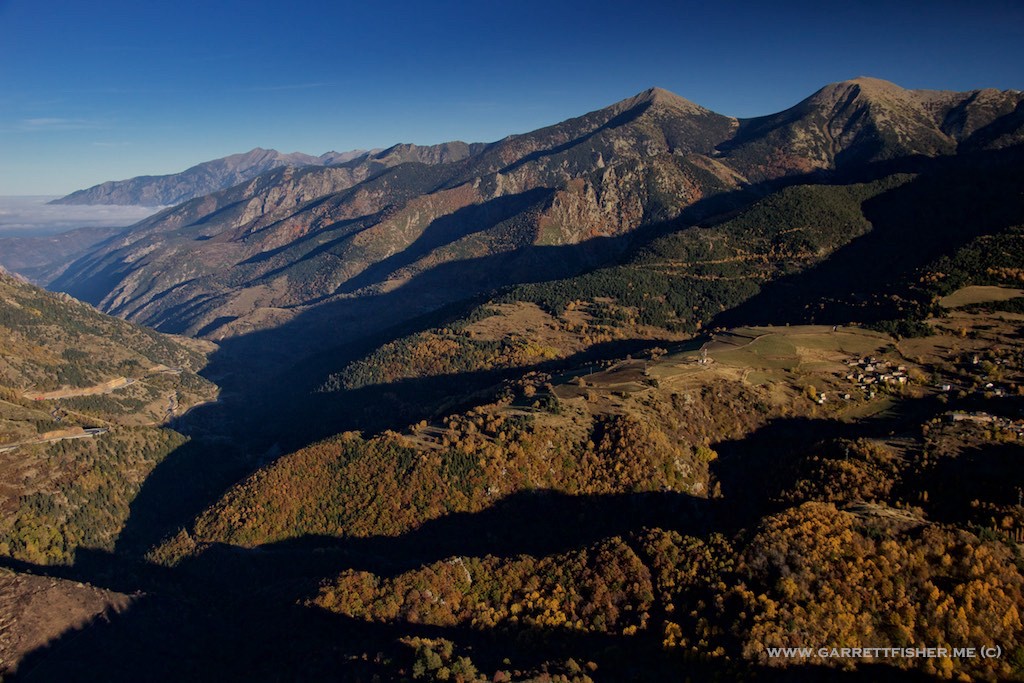 Autumn in the French Pyrenees. 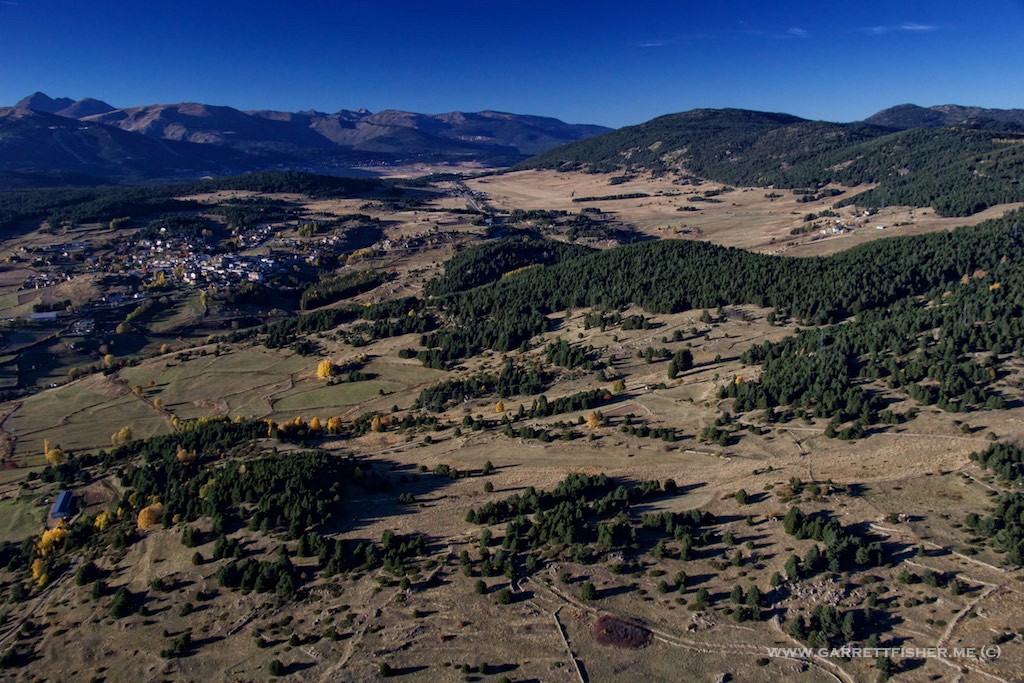 Yellow trees next to the famous French “Yellow Train” line. 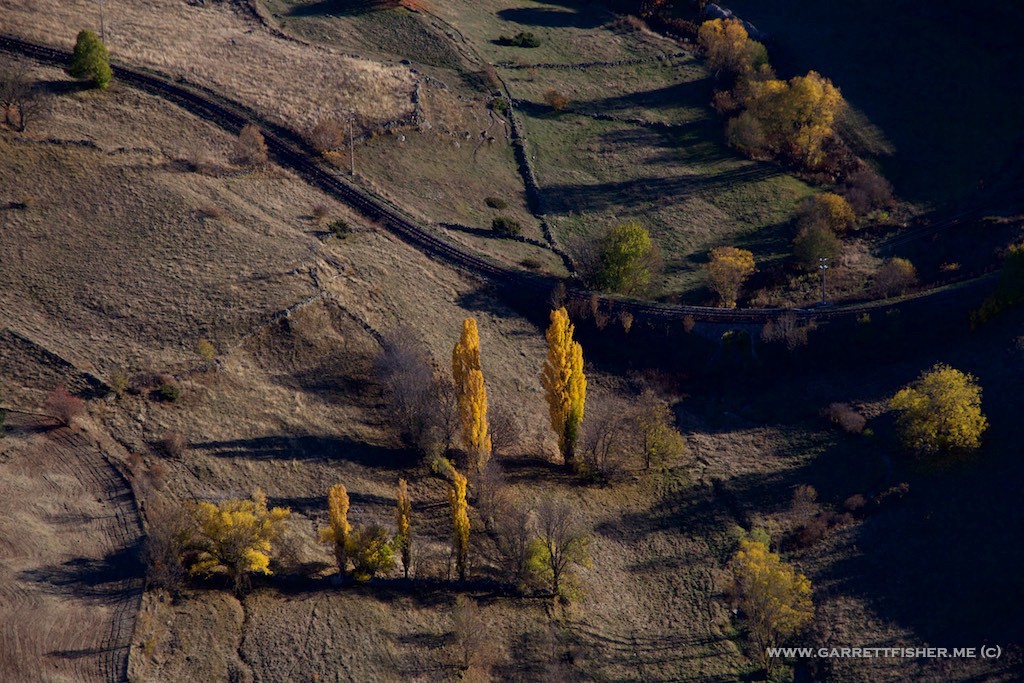 Larch trees (pines that change color and drop needles) with Font Romeu ski area in the background. I drove to the larch trees a few days later, only to be surrounded by pines that looked brown and dead, while getting an extraordinary amount of needles down my shirt while walking through them. Perhaps this is why I like flying? Life is better, from a distance and above. 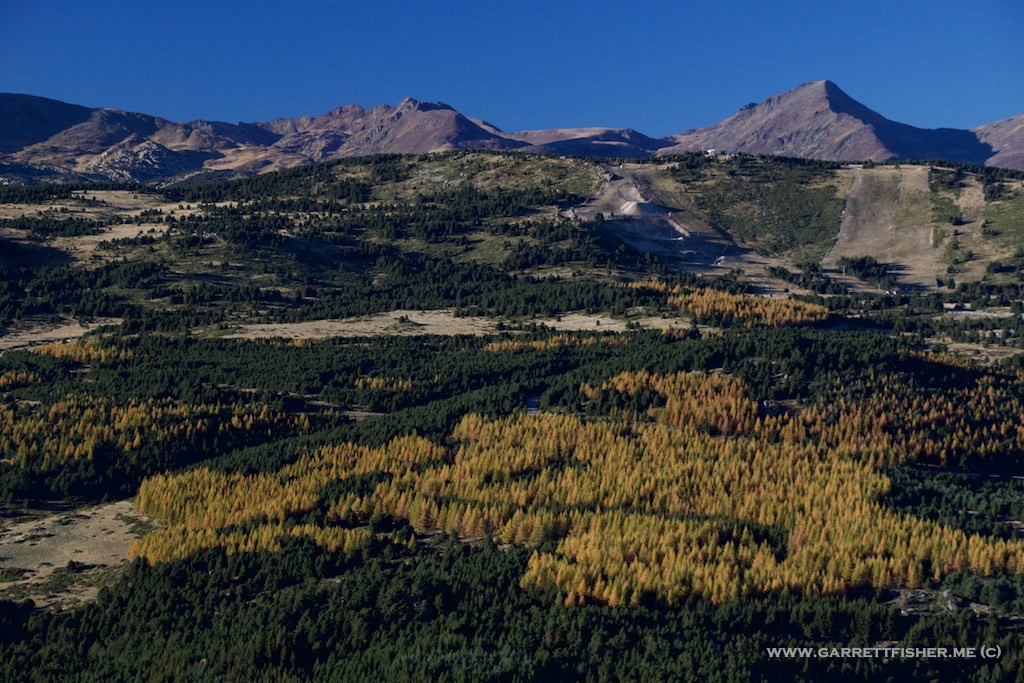 For a day that had no wind, it was intriguing to watch dust blow around. 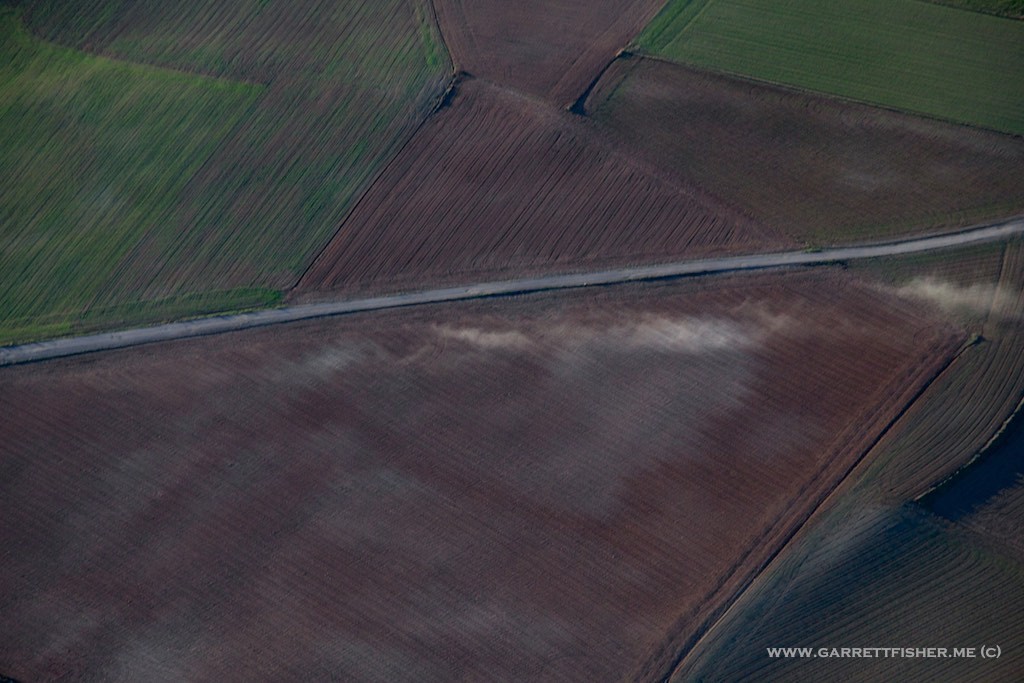 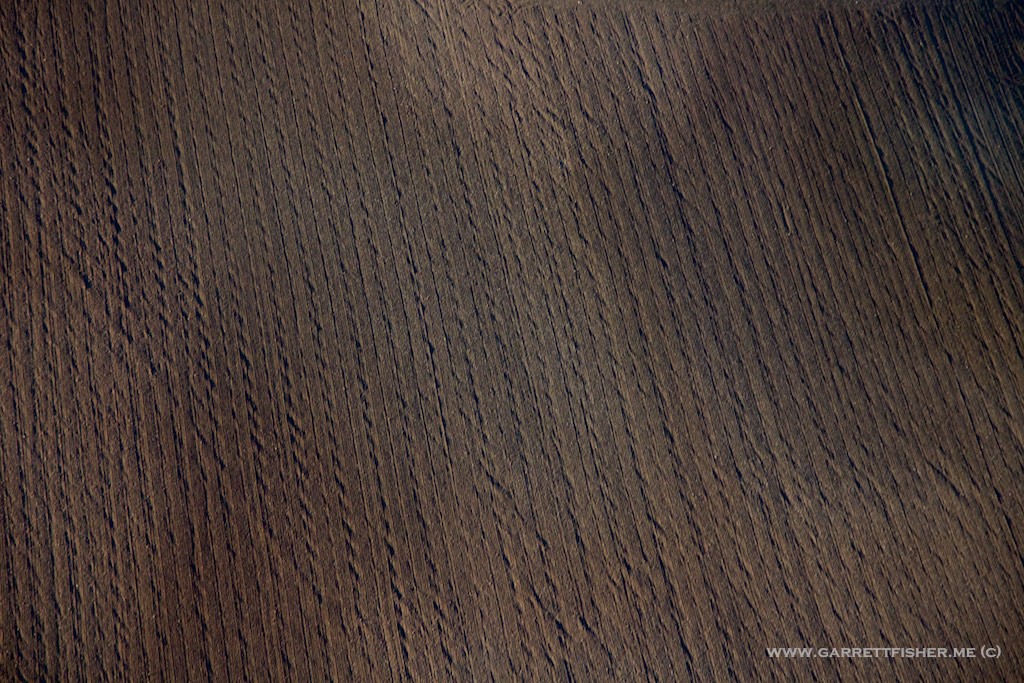 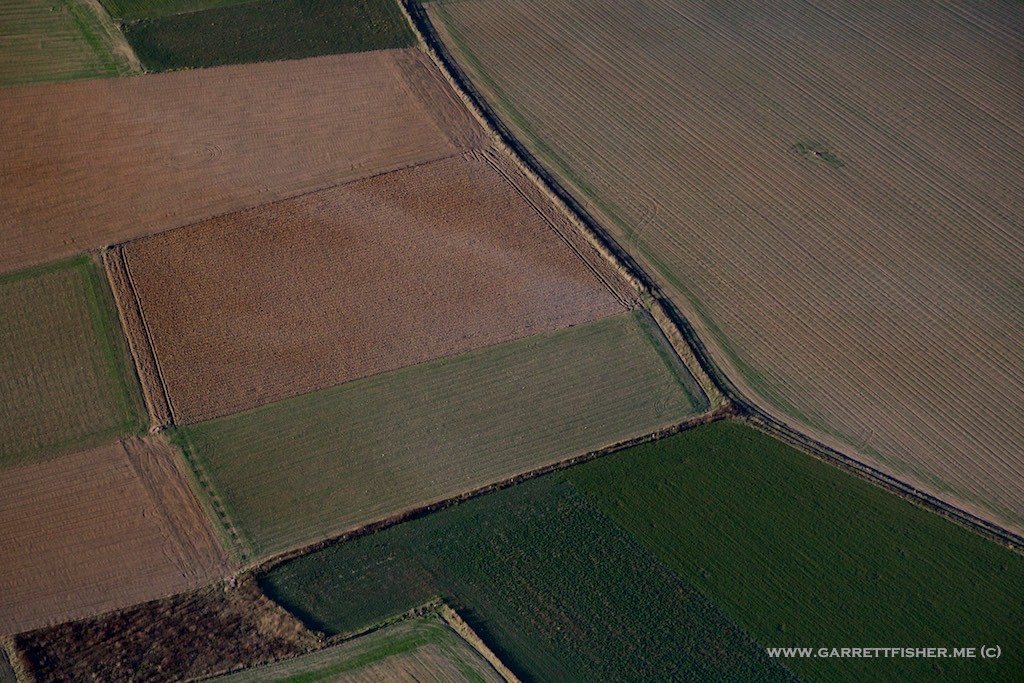