I have always had an attraction to chasing rainbows in the airplane. The problem is, it is very hard to do, as rainbows tend to come after thunderstorms, and pilots are suggested to furnish 20 miles of clearance away from any thunderstorm activity. That advice is a death blow to the idea….unless it is ignored.

I had some fanciful notion that, when some thunderstorms blew through, I’d get some great lighting. Then I got this idea that a rainbow would show itself. I sort of just “knew” that it would. The problem is, the storm was quite raging, windy, and angry, and my logic sequences were firing warnings over and over while I waited.

First, it was the black clouds and wind. Then when that came and was replaced by a heavy downpour, I began preflighting the airplane in the hangar. As the heavy rain turned into a moderate rain shower, with light showing on the backside of the storm, I pulled the airplane out, jumping in before I got too soaked. I performed a runup as the rain switched from moderate to light, and taxied to the end of runway 07 with the light rain transitioning to clouds. Lined up and ready to go with the rain still falling, I was waiting for that sensible (ha! If there is anything “sensible” about this plan) moment to take off. Just then, a beam of sun materialized in front of me, followed by a rainbow right off the nose. Full power and I was off….

Rainbows tend to be fleeting. The truth behind that statement is because, over one point on the surface of the earth, rainbows do not last long as the storm moves away and people tend to stay where they are. This flight proved that the rainbow itself lasts longer…one just needs to chase it.

That I did, into France, back into Spain, and up into the mountains, until the sun set, and then I came back home. It was quite a flight.

Note: All black and white images are infrared.

Statue at La Cerdanya Aerodrome: a woman with breasts, wings, and no head – all that matters to Spanish male pilots. 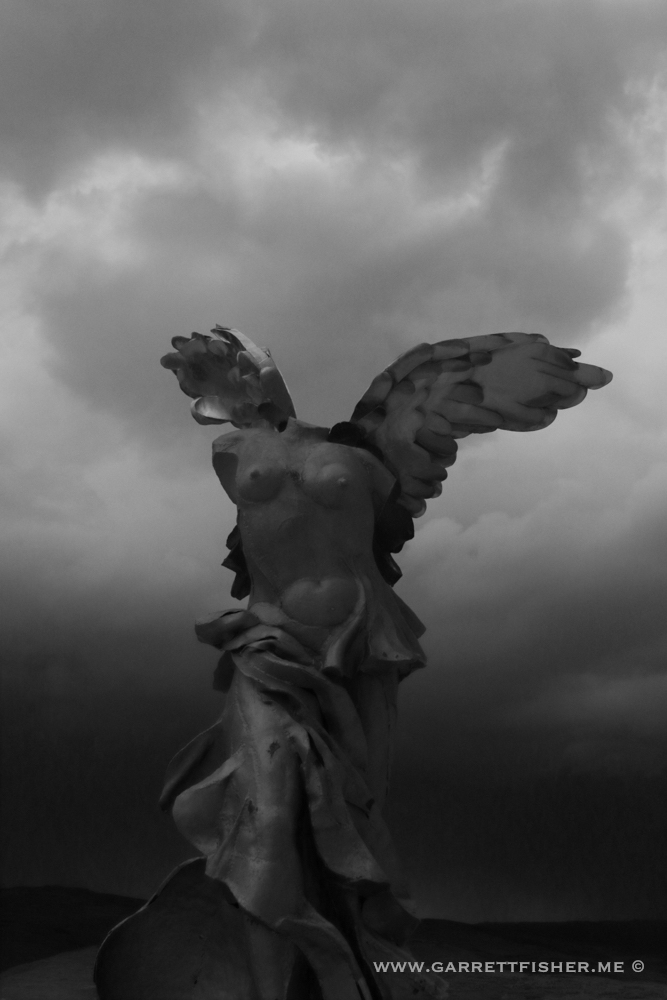 Taxiway and runway with impending storm. 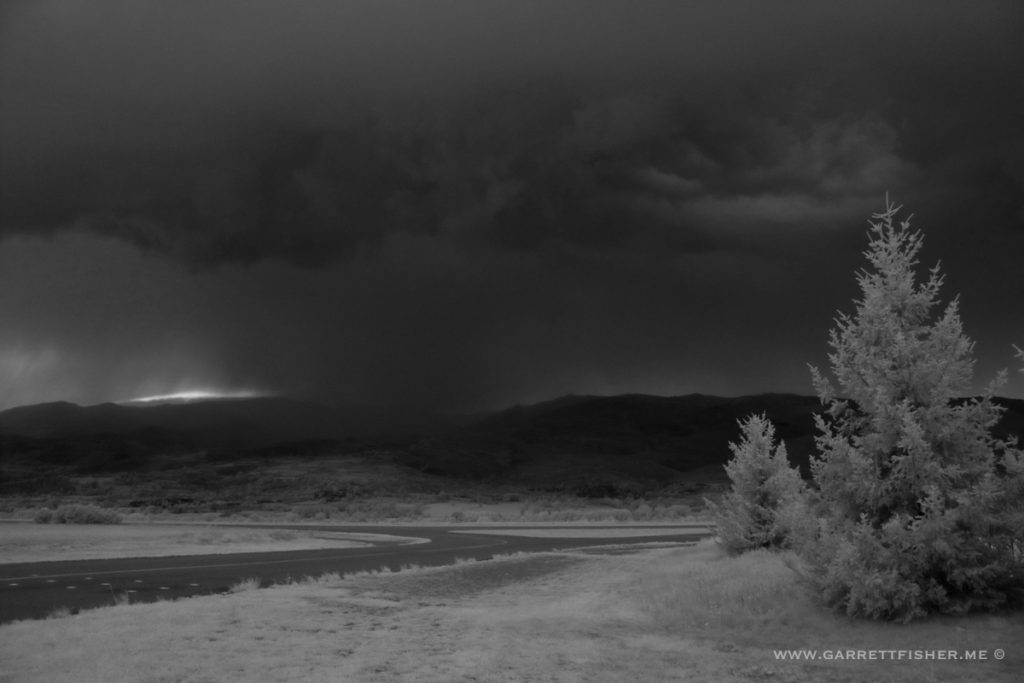 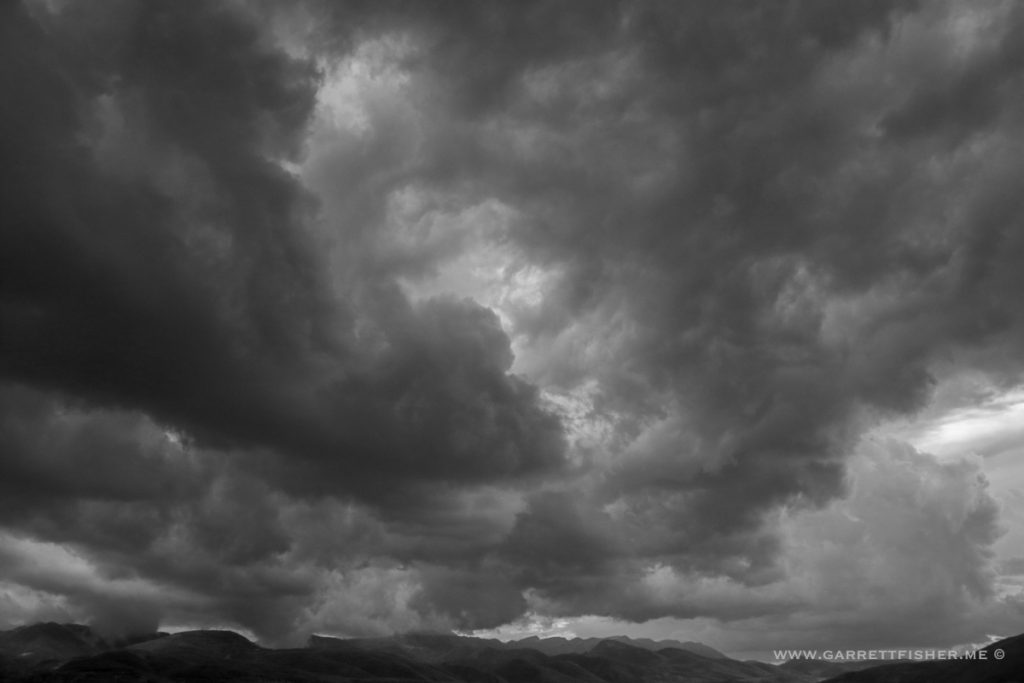 That sensible moment to take off. 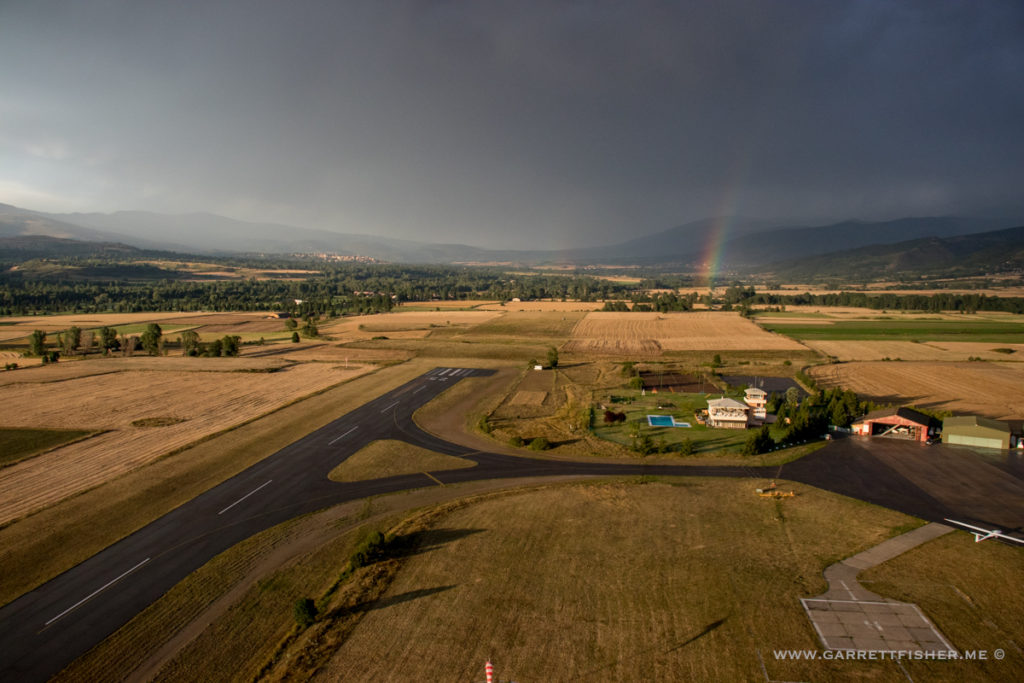 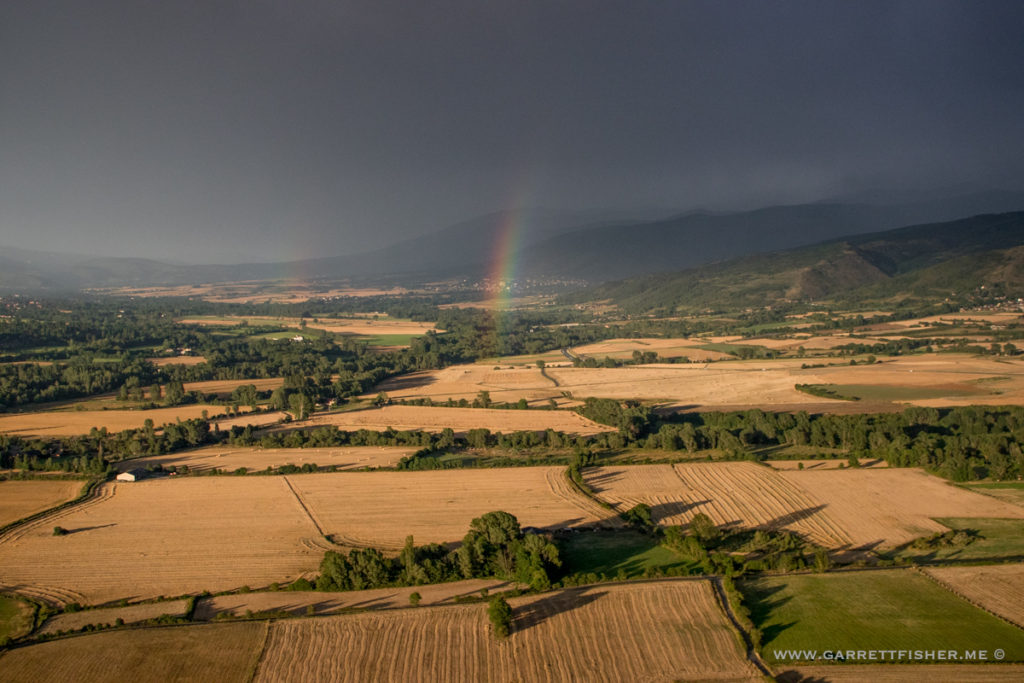 To get a stronger rainbow, I have to turn the polarizer to the opposite setting I normally do. The better setting for contrast virtually erases the rainbow. 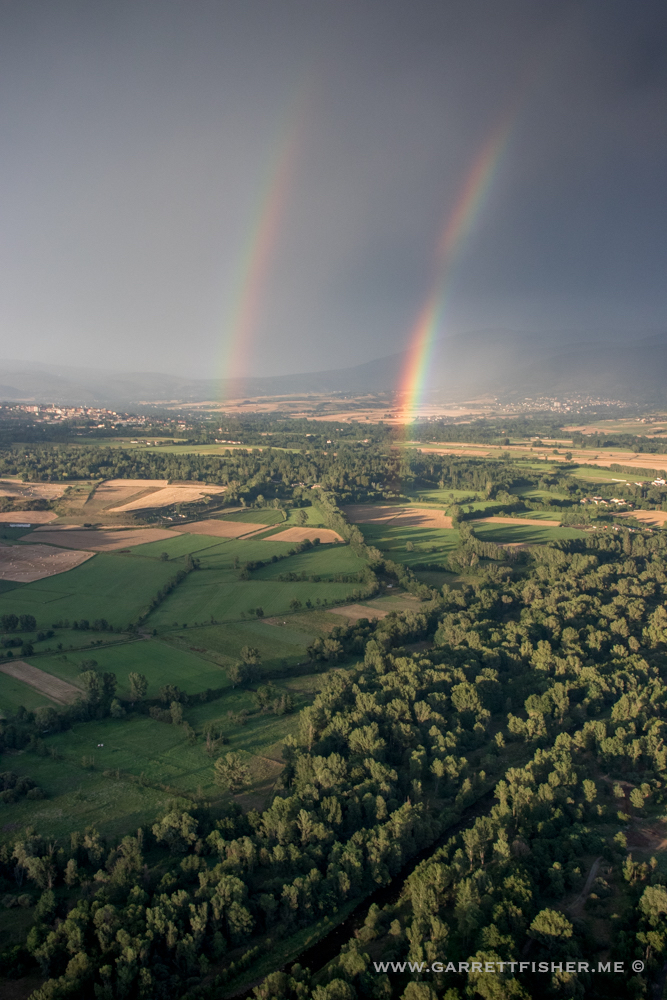 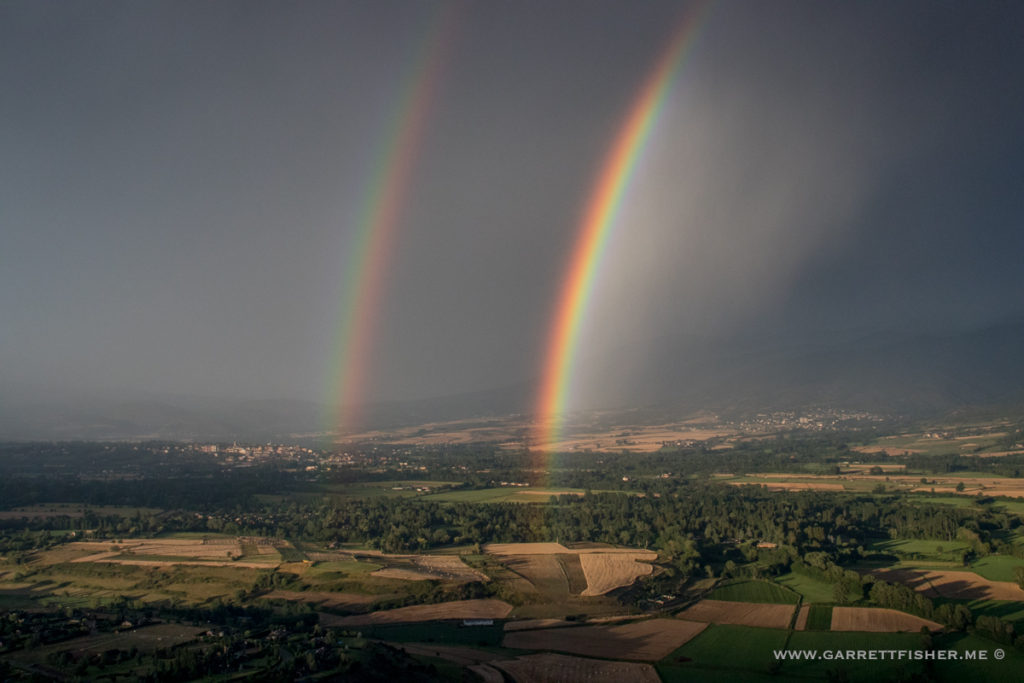 Puigcerdà. The rainbow is closer, and arcing around without contacting the ground, which means I am in the rain. That would have been quite correct as I was getting wet with the door open. 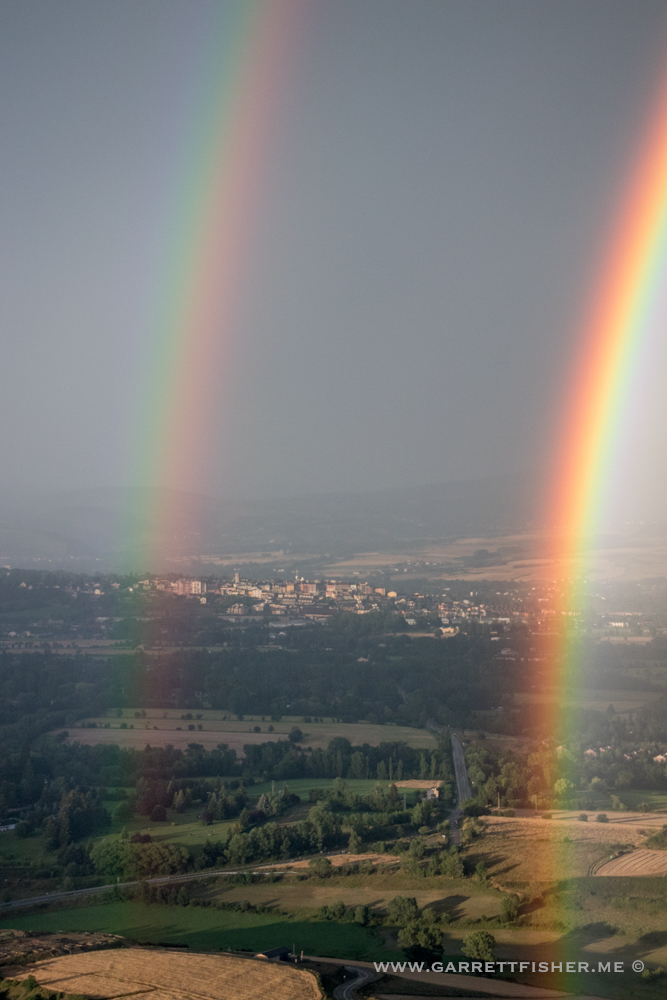 Imagine that, infrared captures the rainbow too! 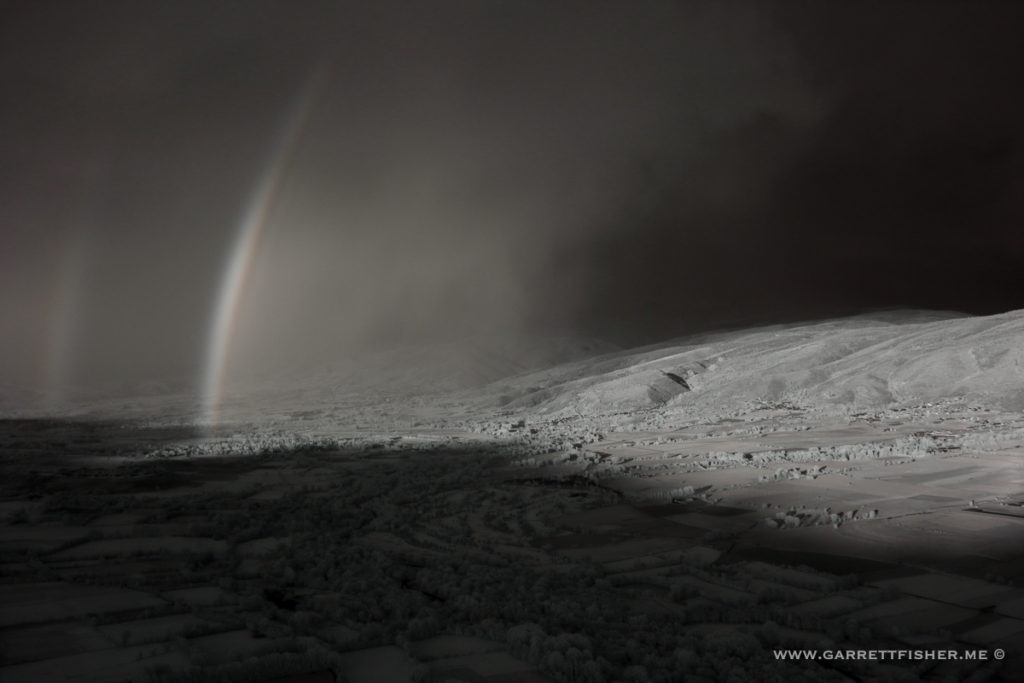 The money shot! This is the cover for book number 14, with the aerodrome in the foreground. 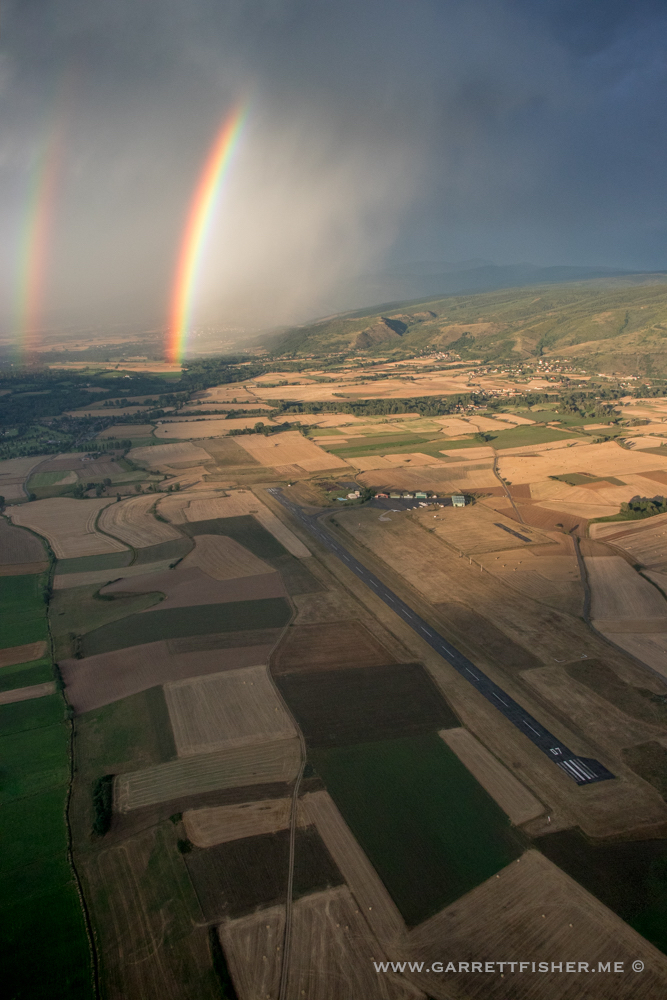 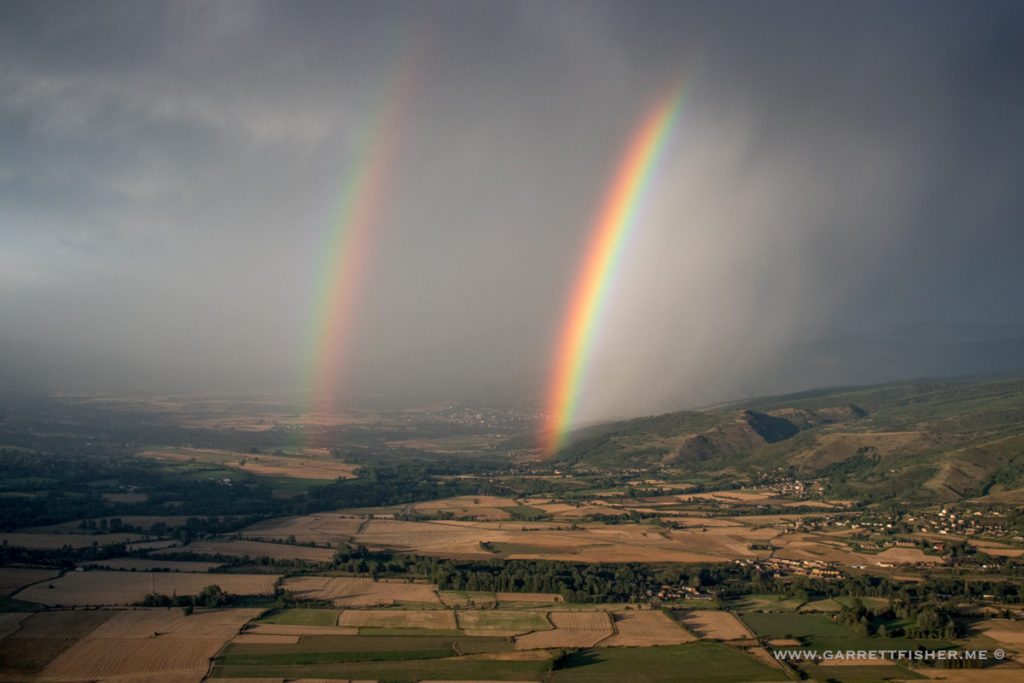 Looking the other way, things are nice and idyllic. 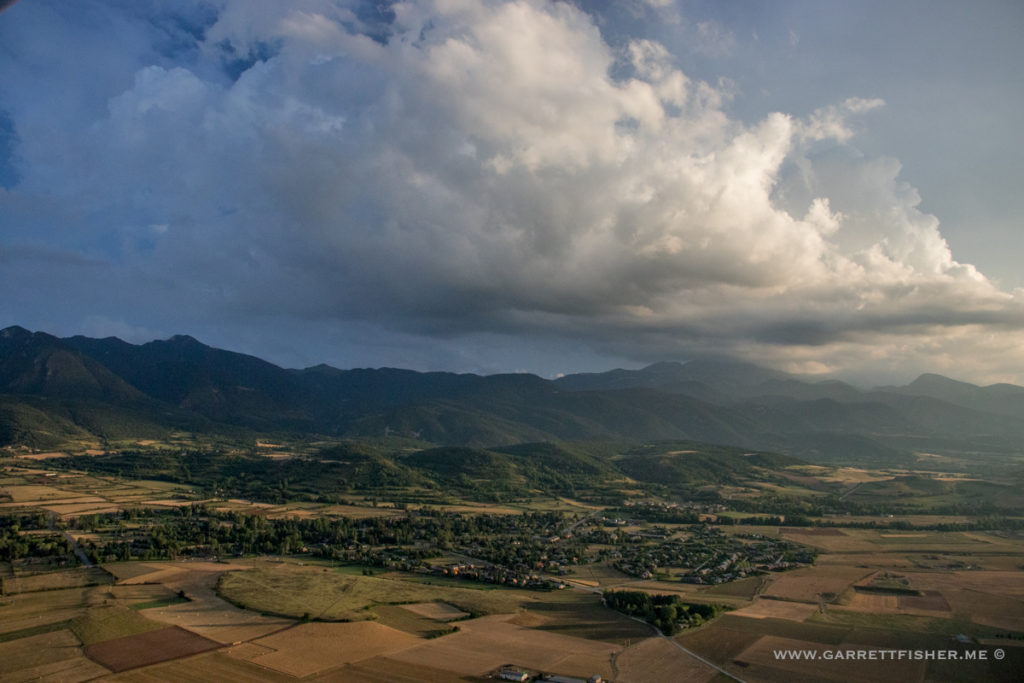 Appears the rainbow is winding down over Osseja, France. 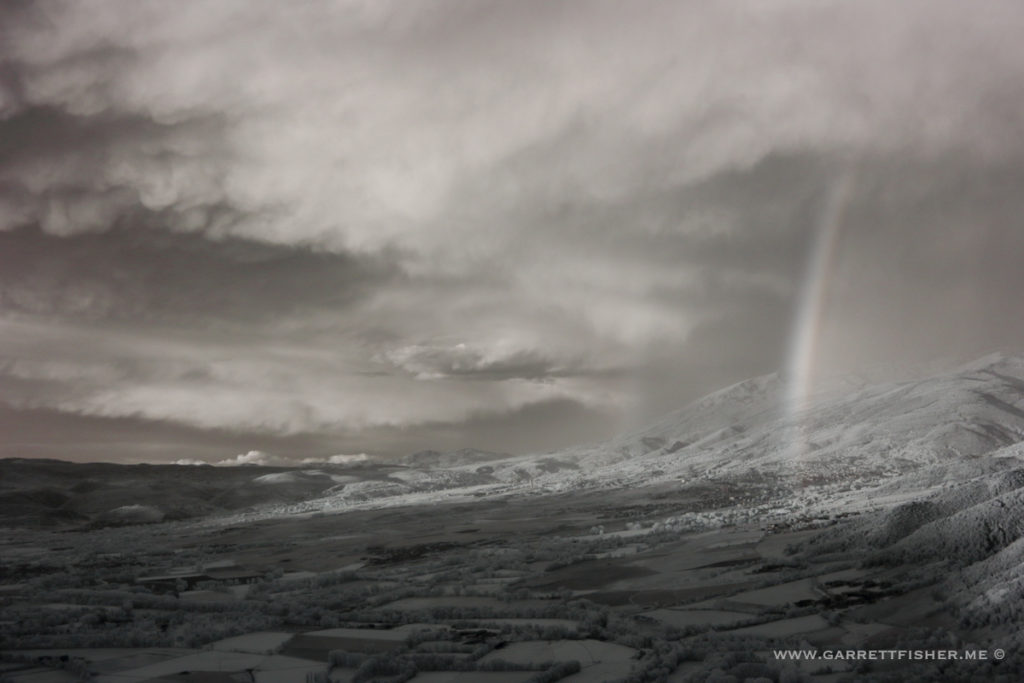 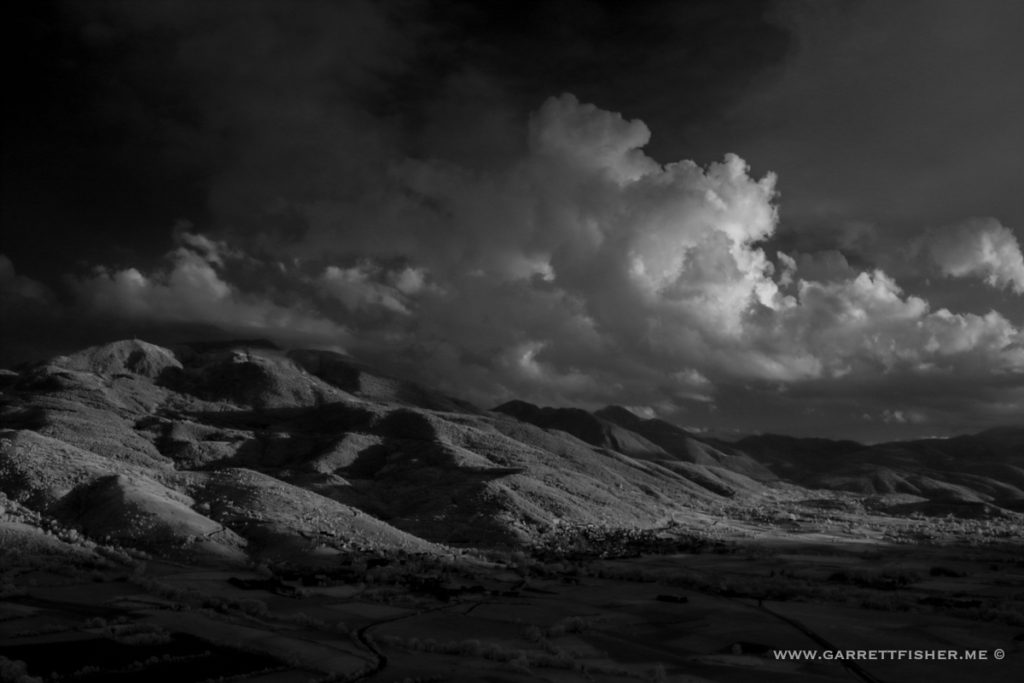 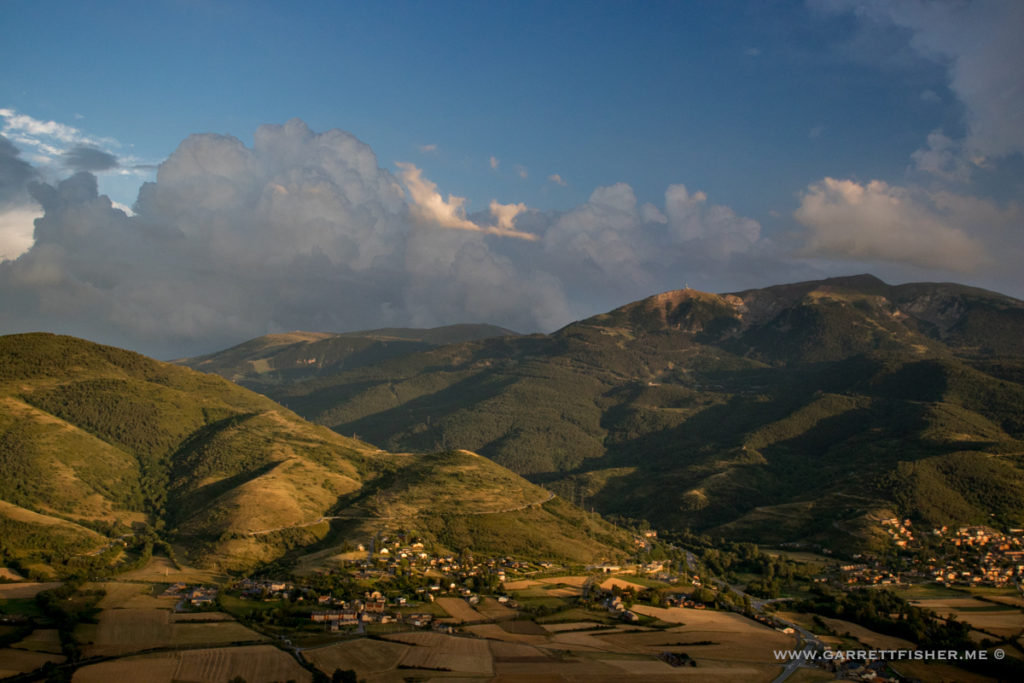 Not really – still going! A delightful combination of thunderstorm, rainbow, and mountains beckons. 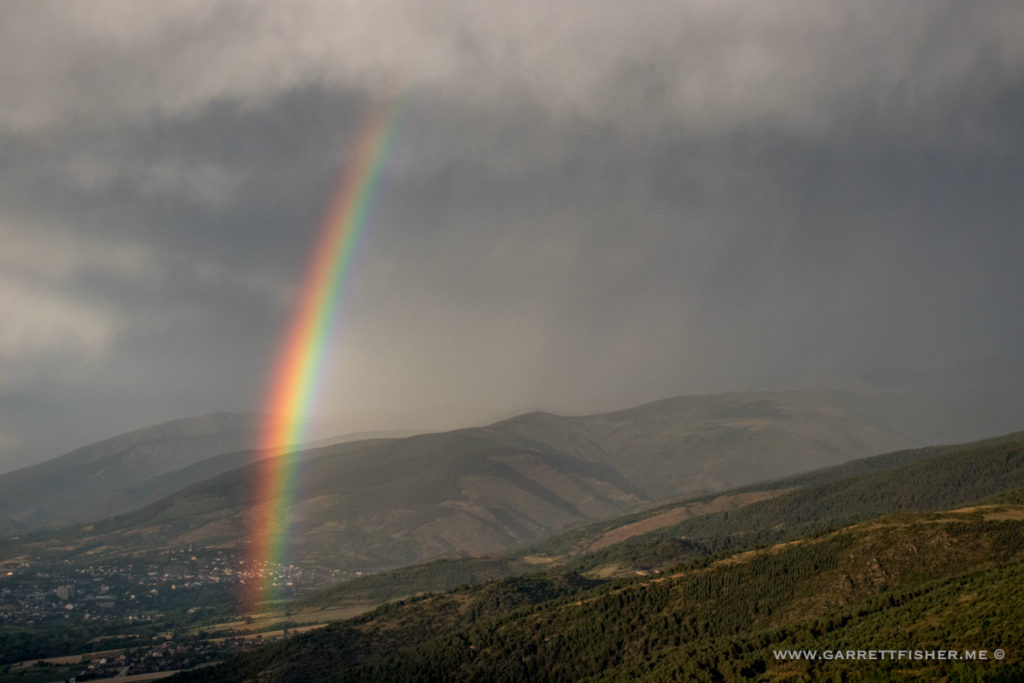 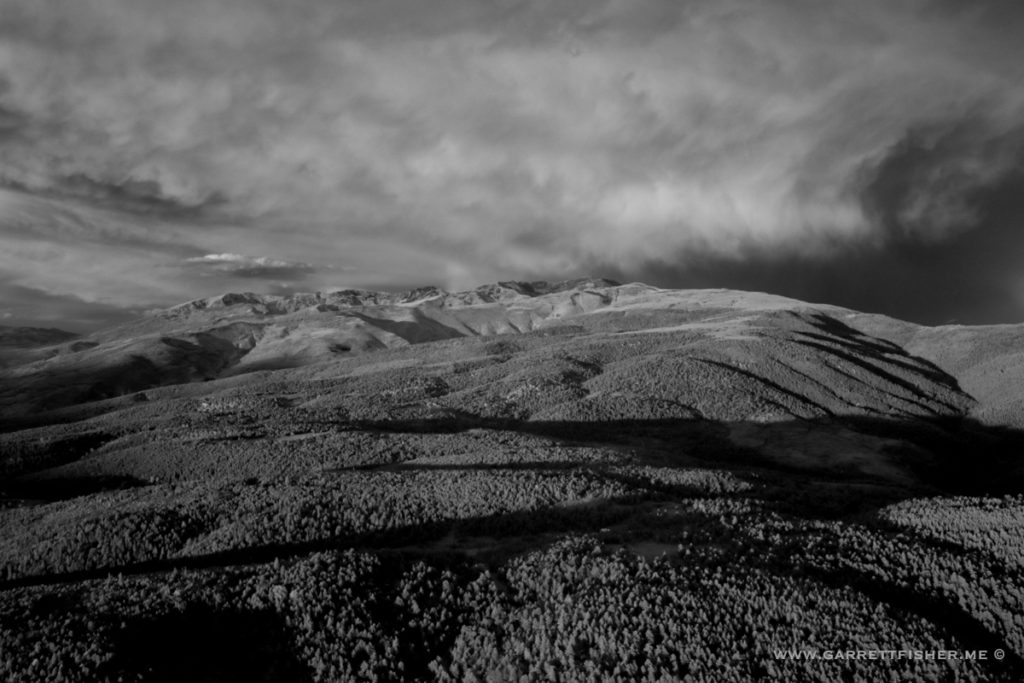 The white on the ridges is hail from the storm. 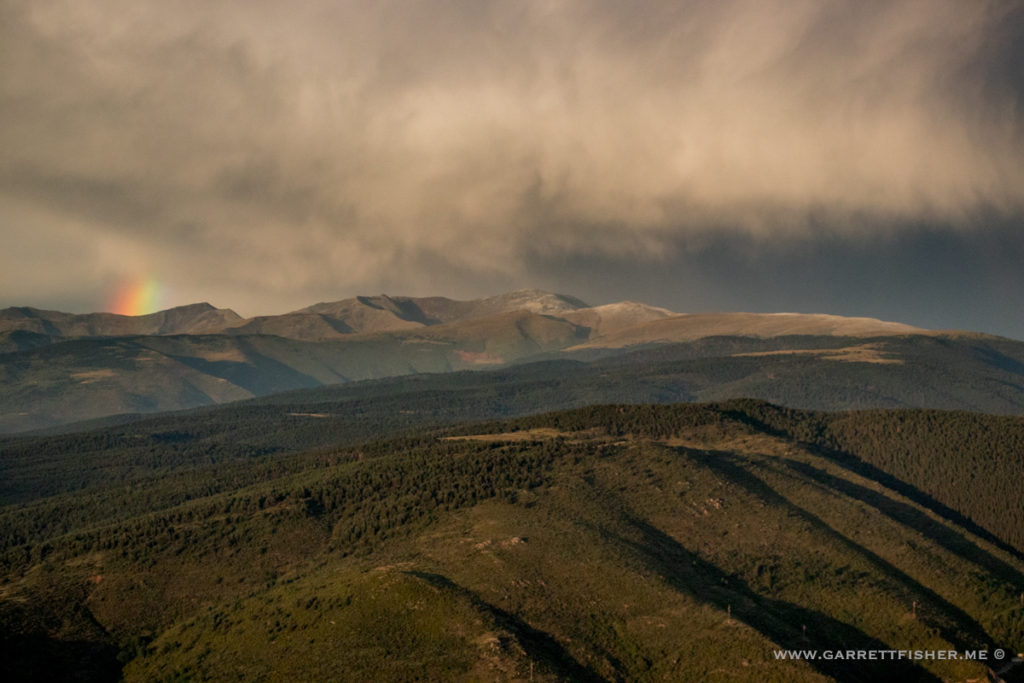 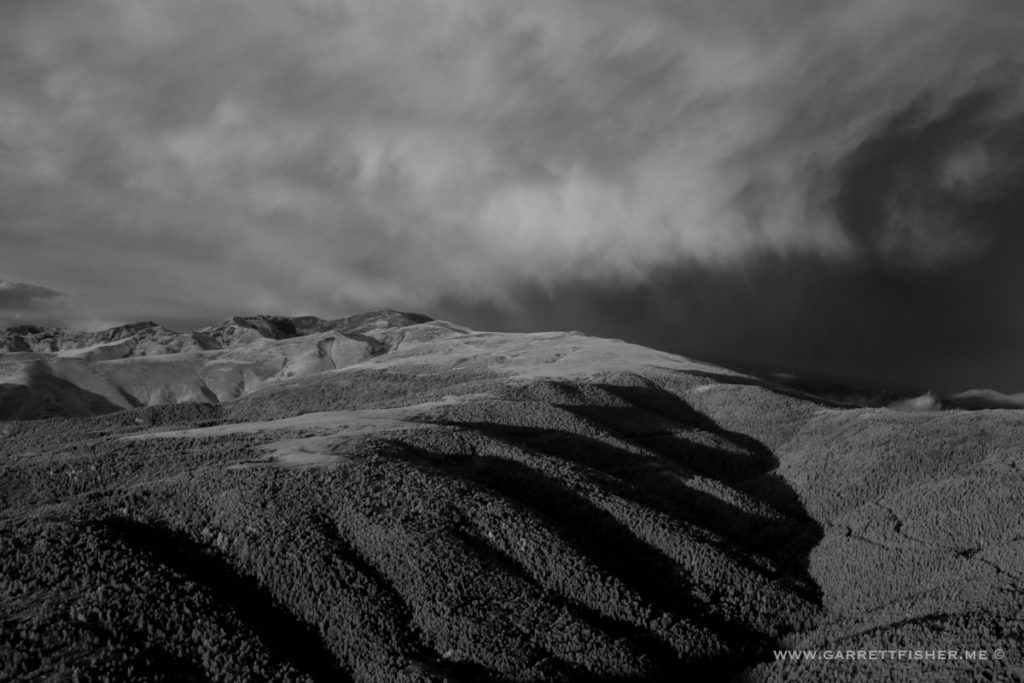 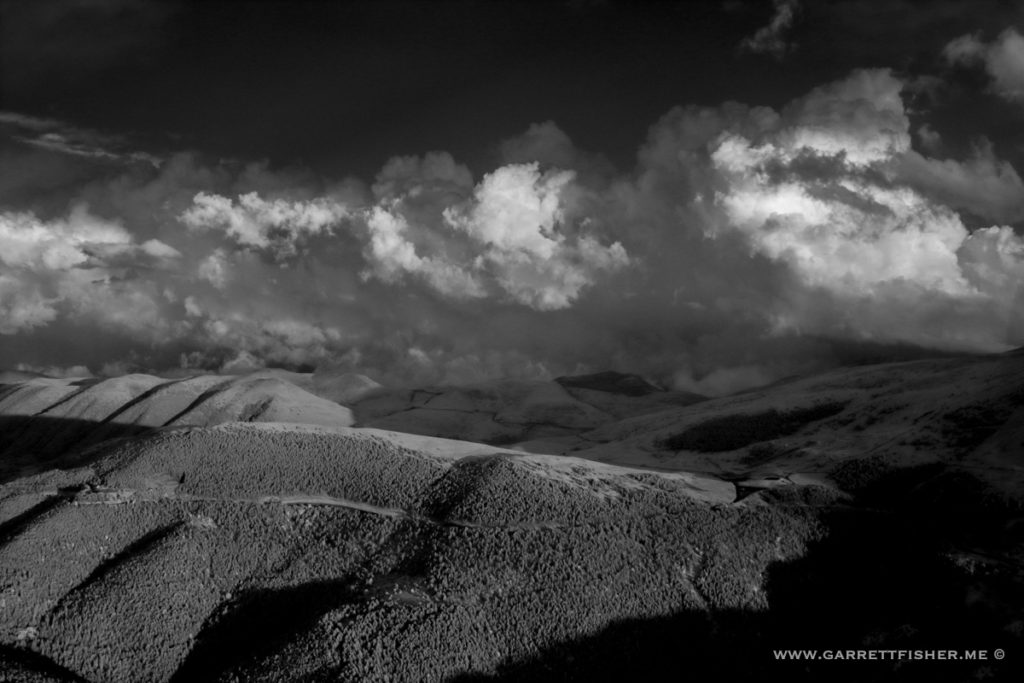 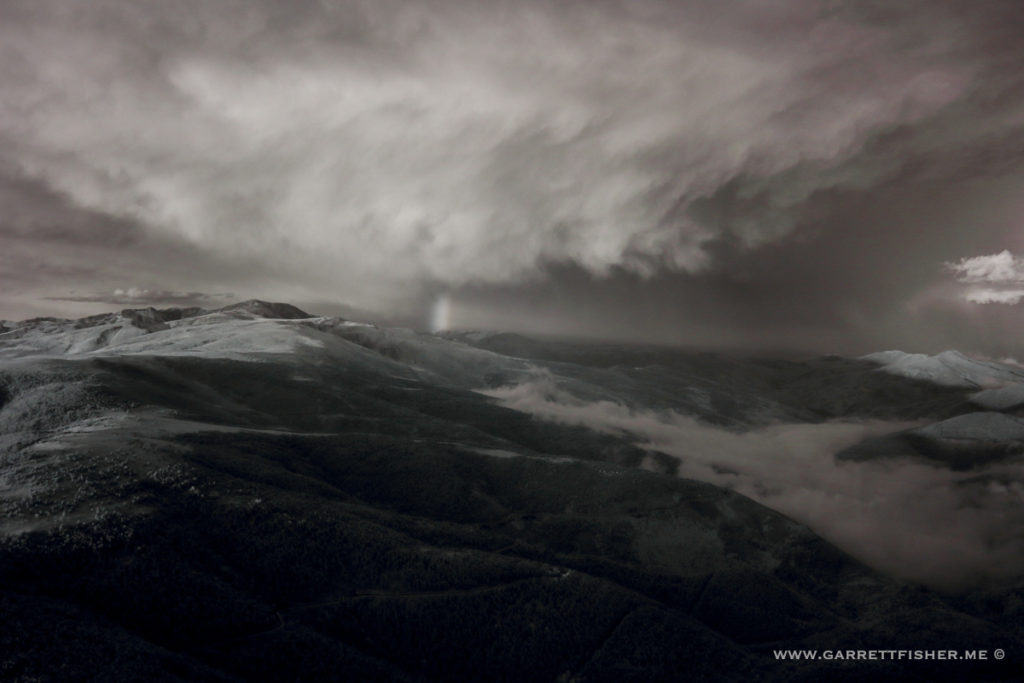 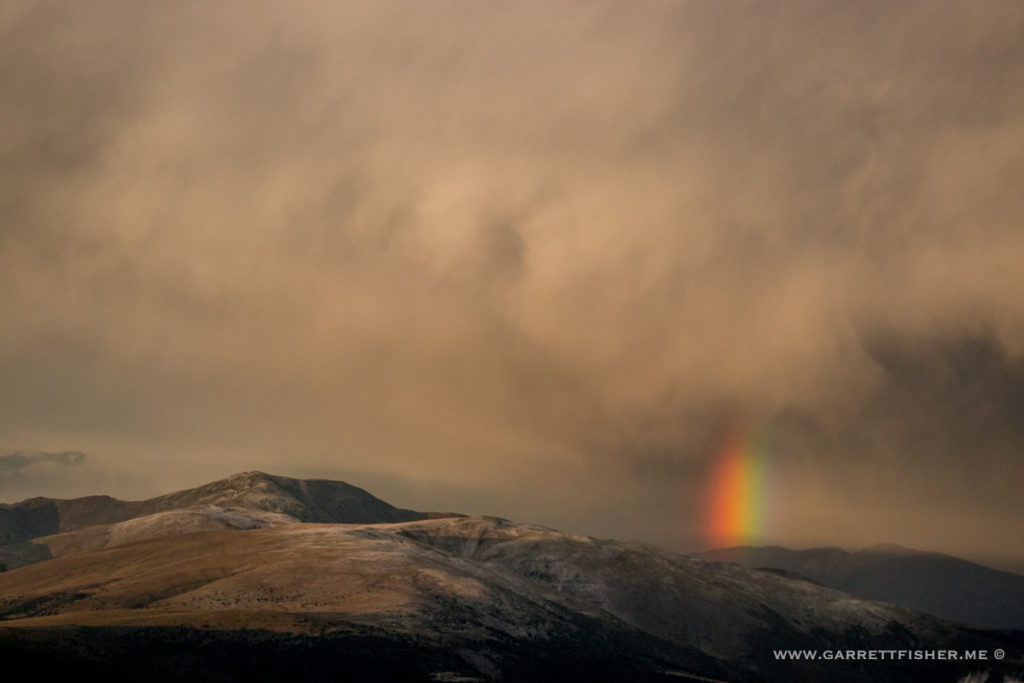 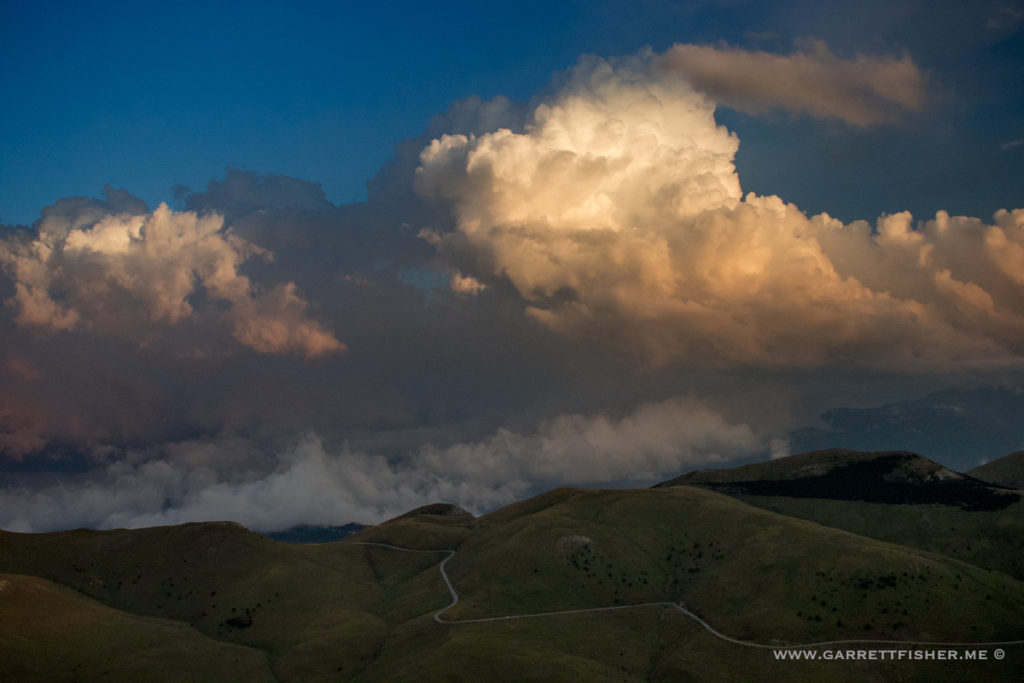 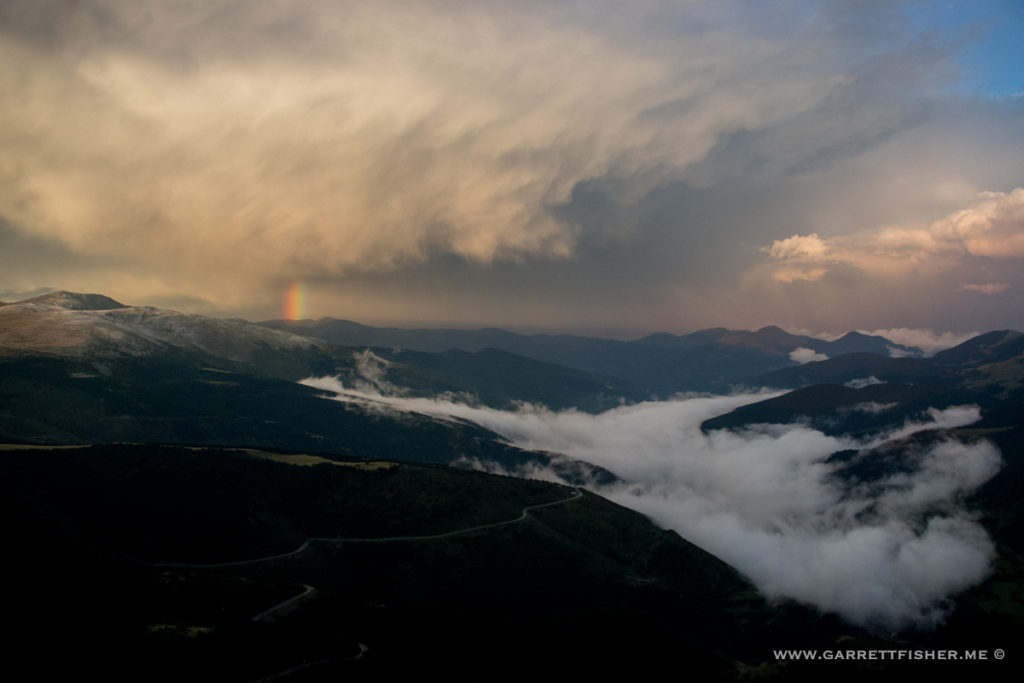