The “first snow” in a mountain region, particularly a semi-arid region, is somewhat of a subjective definition. Technically, I saw a few shreds of snow on a hill in Andorra in September (north facing only), and there was also a dusting that remained on Cadí-Moixeró on the vertical north face in early October. There was also a brief blast of snow in late September during a raging thunderstorm, though it was gone in a few hours and only affected the summits. This particular storm in mid-October was a long-period rainfall in the valley, with a distinct snow level on the hills at roughly 8,500 feet, persisting for a number of days. In my definition, it is this event that constitutes the “first” snow, probably because the snow stuck around when it was all over.

As of yet, the southeastern quadrant of La Cerdanya remained unexplored: Puigmal and Pic de l’Infern (“Hell Peak”), largely due to the fact that daily thermal cloud growth had a nasty tendency to obscure this area with certain regularity. There was also the persistent fact that they are big, bad mountains, and some days I am either a wimp or simply uncompelled to get off my rear end and do something magnitudinous.

It turned out to be a flight that mimicked many that I have taken in the western United States: rocky summits with snow at the top layers, blue skies, dry air, and deliciously stunning contrasts. In my opinion, it’s about as good as it gets. When I am flying around peaks like this, I am entranced into “the zone,” aware but not consumed with worry about dramatic emergencies, focusing my energies instead on timing lighting and flight course with upper level winds and their associated interactions with terrain. “Heaven” might be a bit cliche, though at the very least, I am 100% satisfied with life under these circumstances.

Climbing in the pattern. Prats below (the border of Girona and Lleida province mysteriously cuts this town in two). Masella to the right, first snow to the upper left. 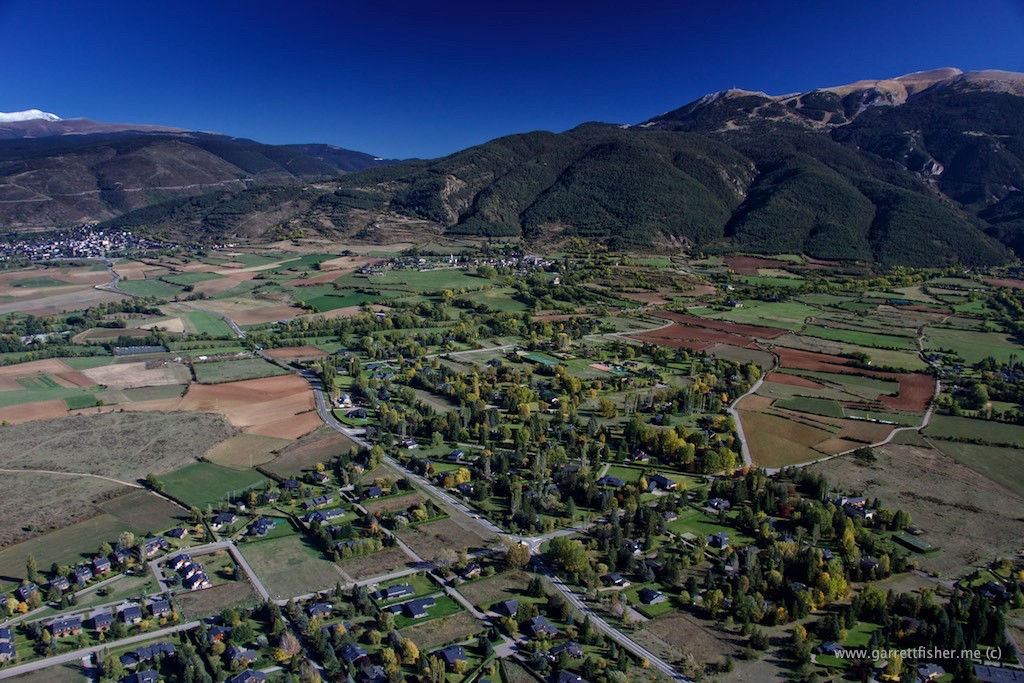 Ridgeline ascending toward Puigmal. France below, Spain on the other side. 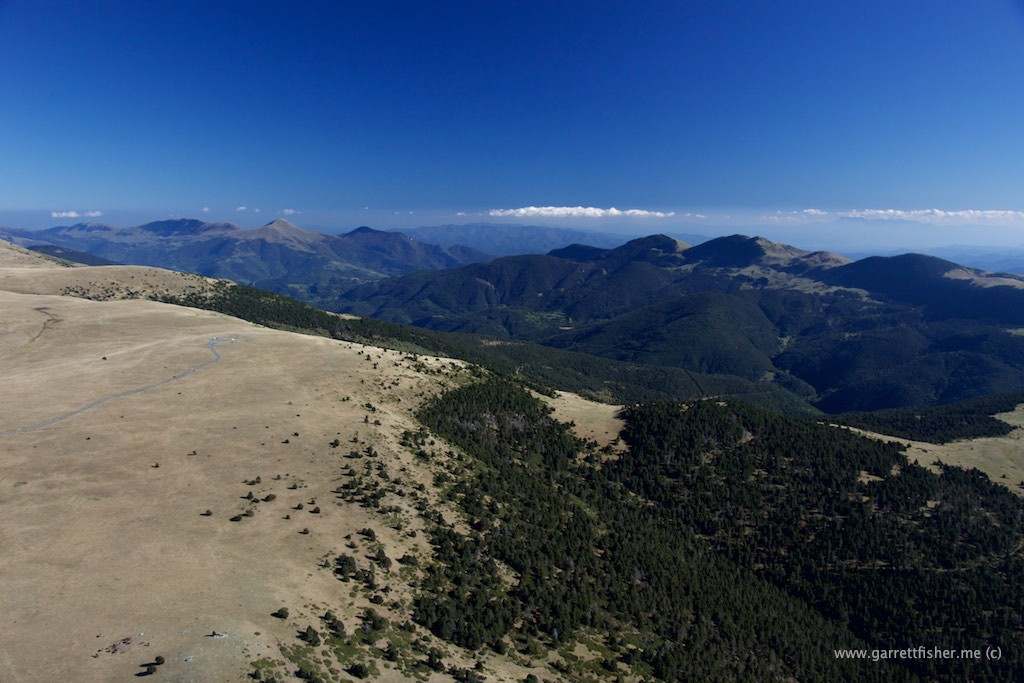 Both the French and the Spanish have tantalizing roads like this, allowing you to get within 1 mile of the juicy views, and then they place a “do not enter under penalty of death” sign there, with no gate blocking it, tempting me to drive up anyway and blame it on being American if I get caught. 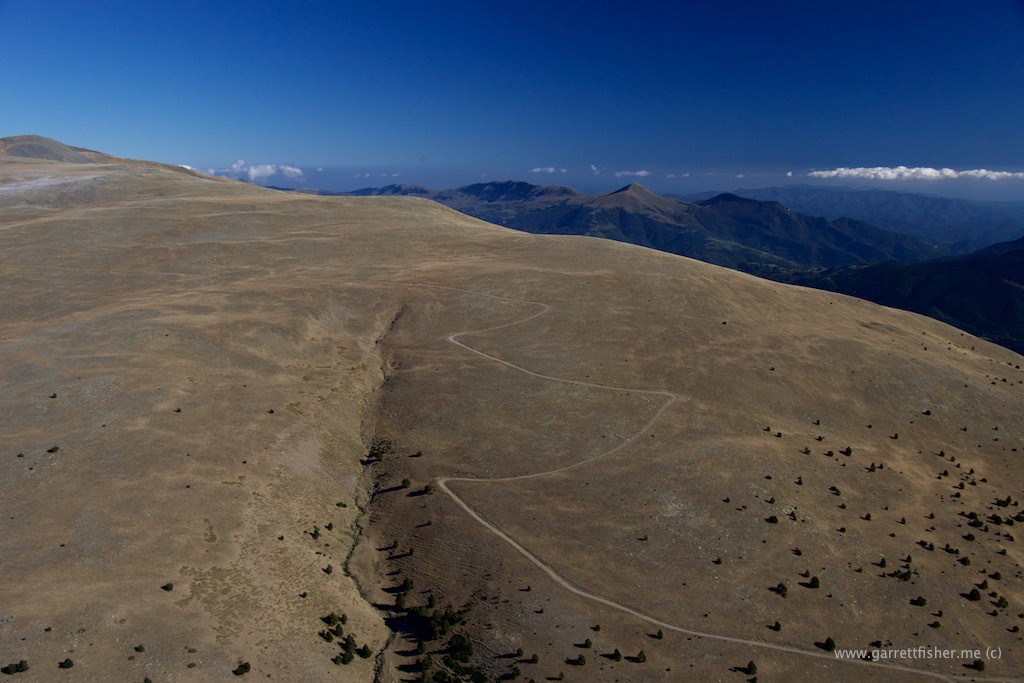 Other side of the ridge. Note haze in lower altitudes. You’ll be hearing MUCH about this phenomenon in coming blog posts. 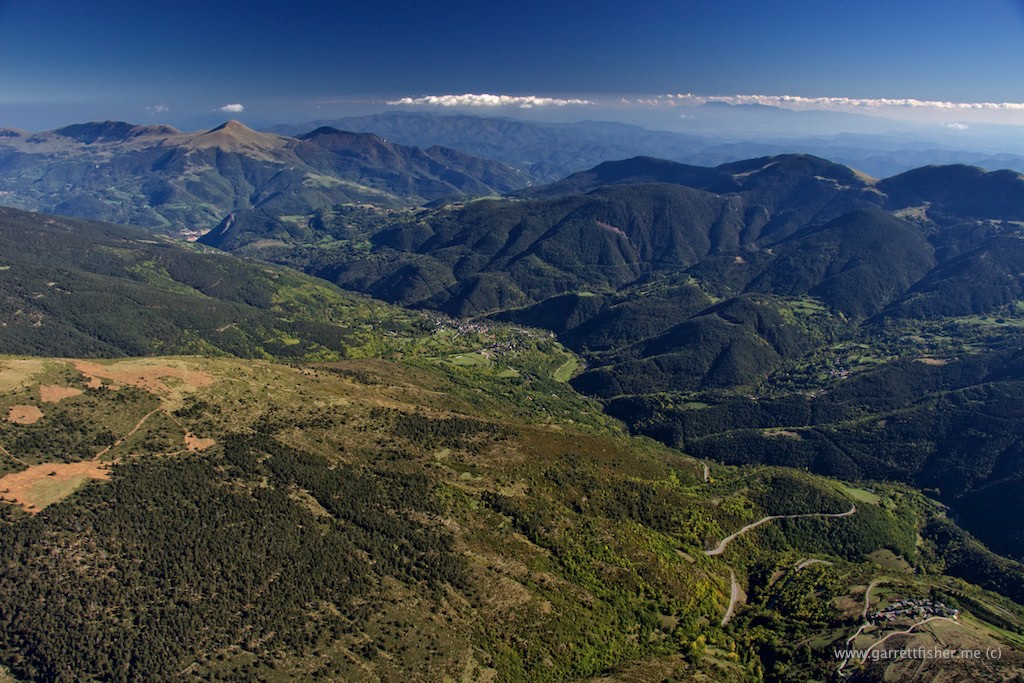 Looking back toward ridge – French/Spanish border. 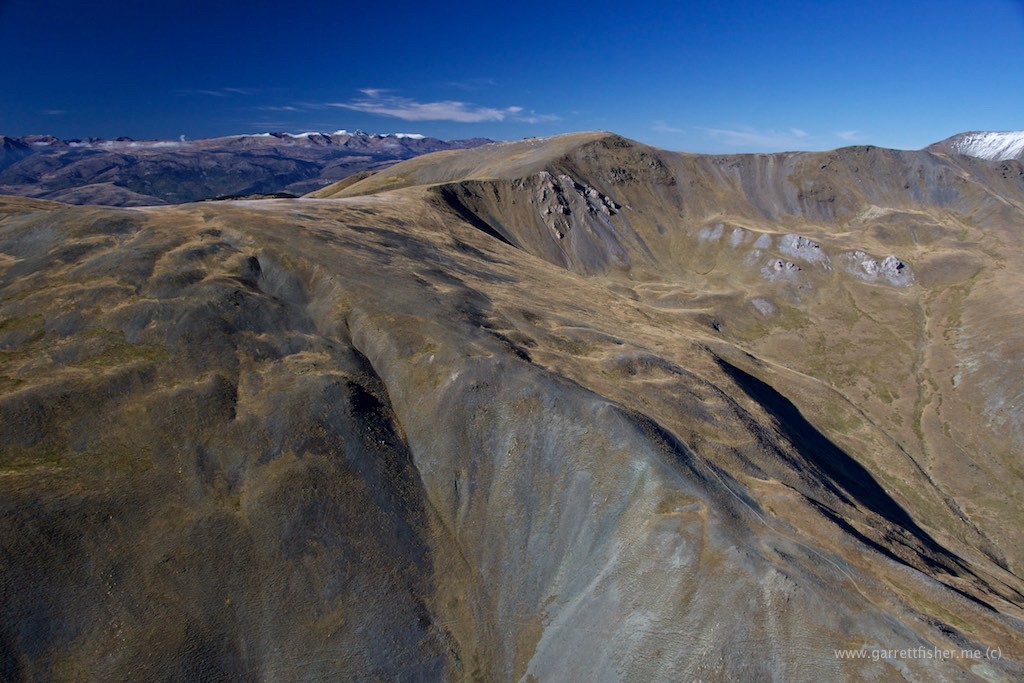 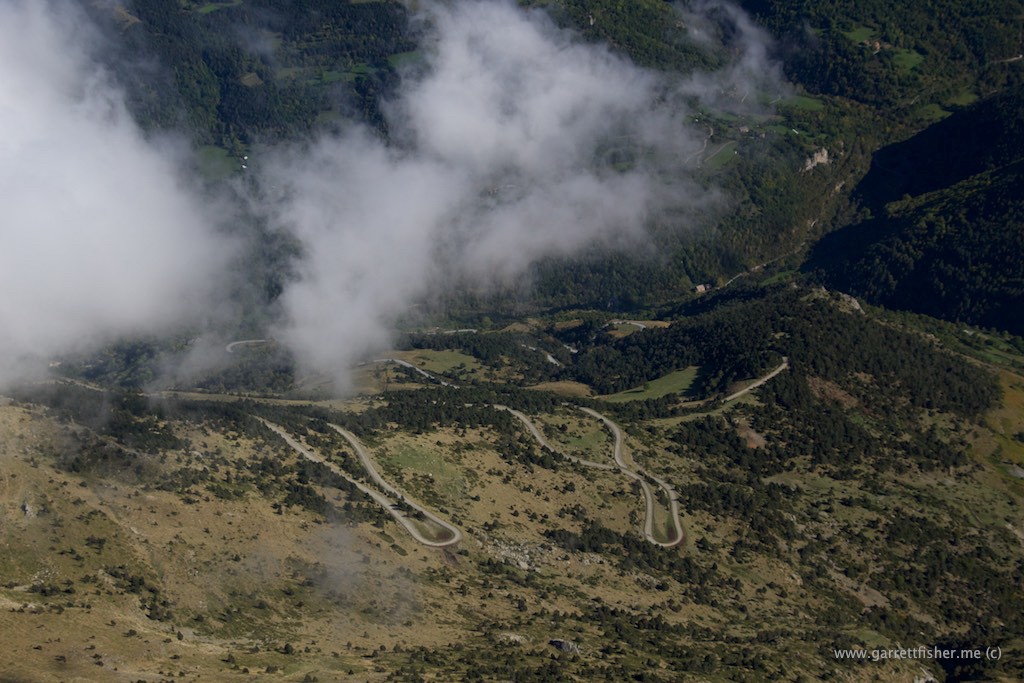 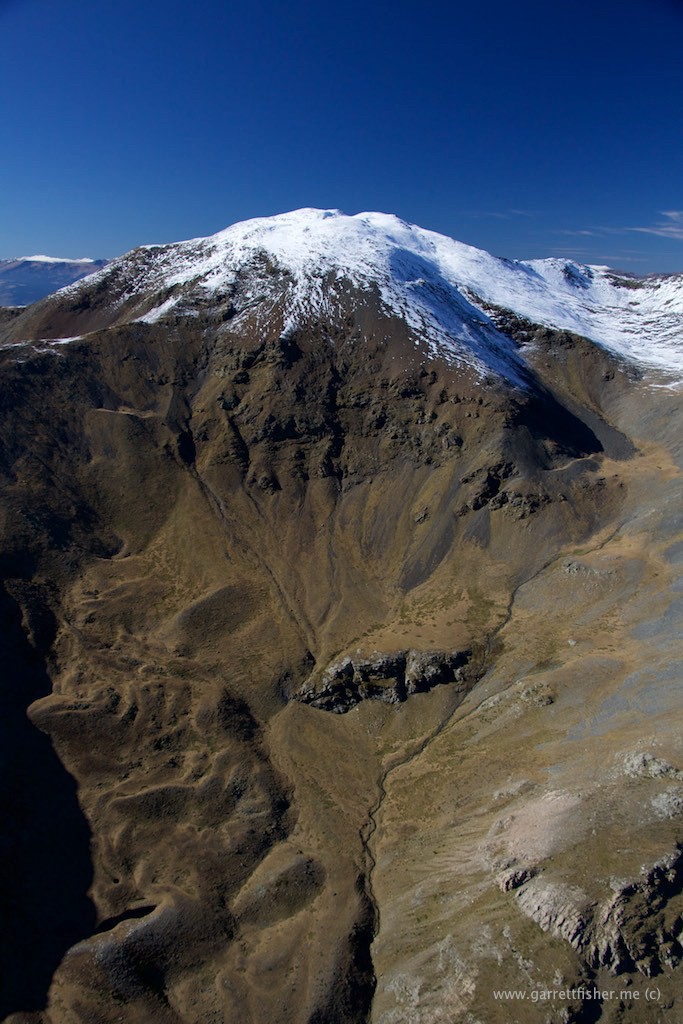 Spanish side of the range. 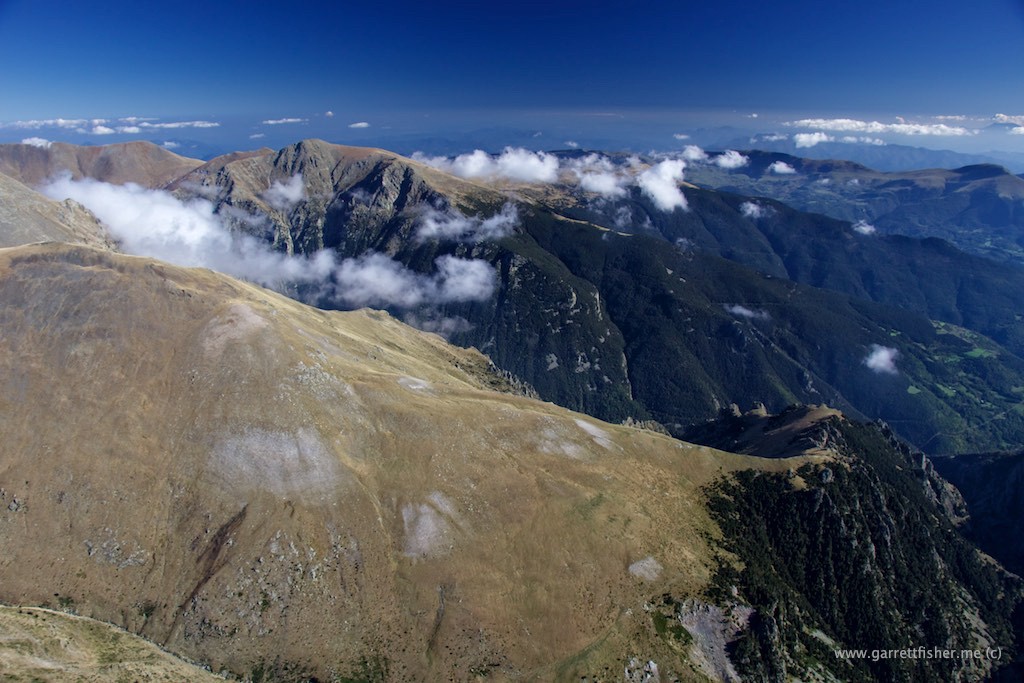 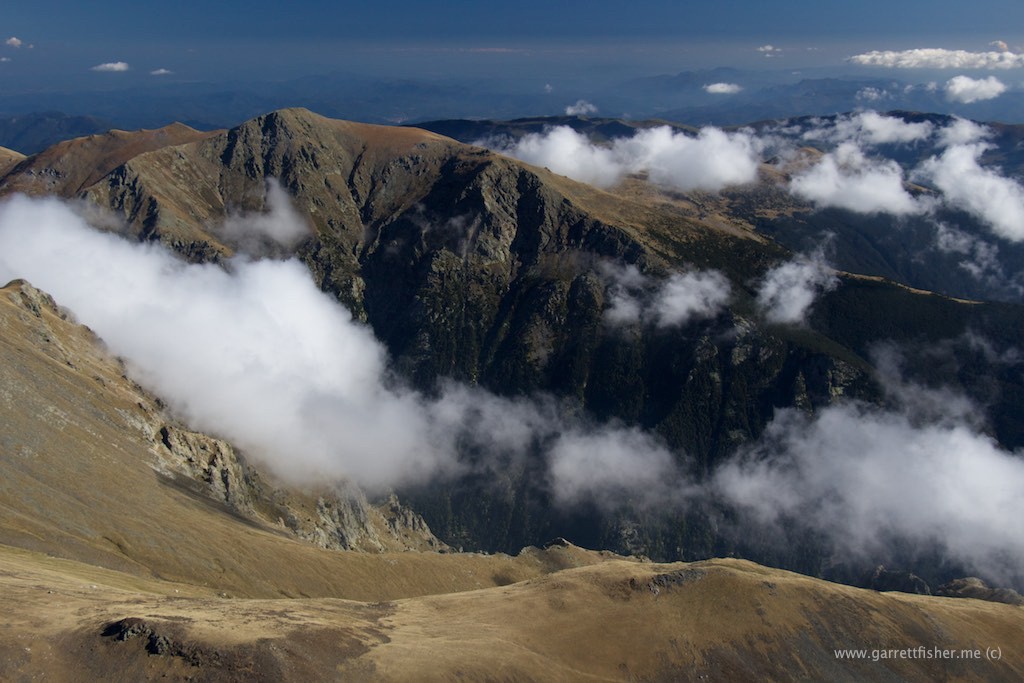 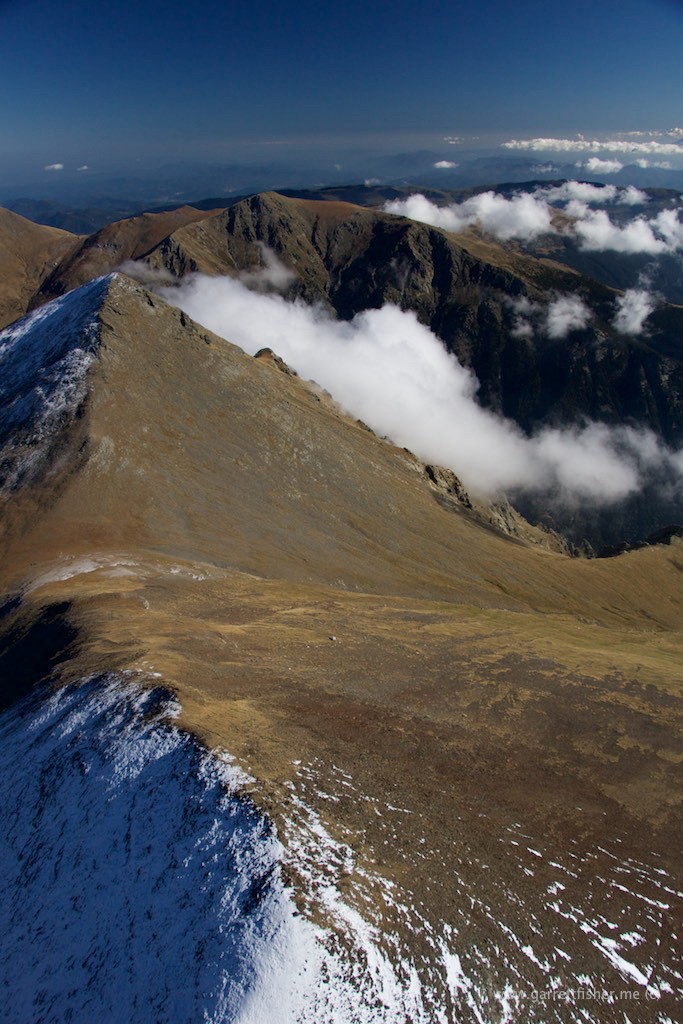 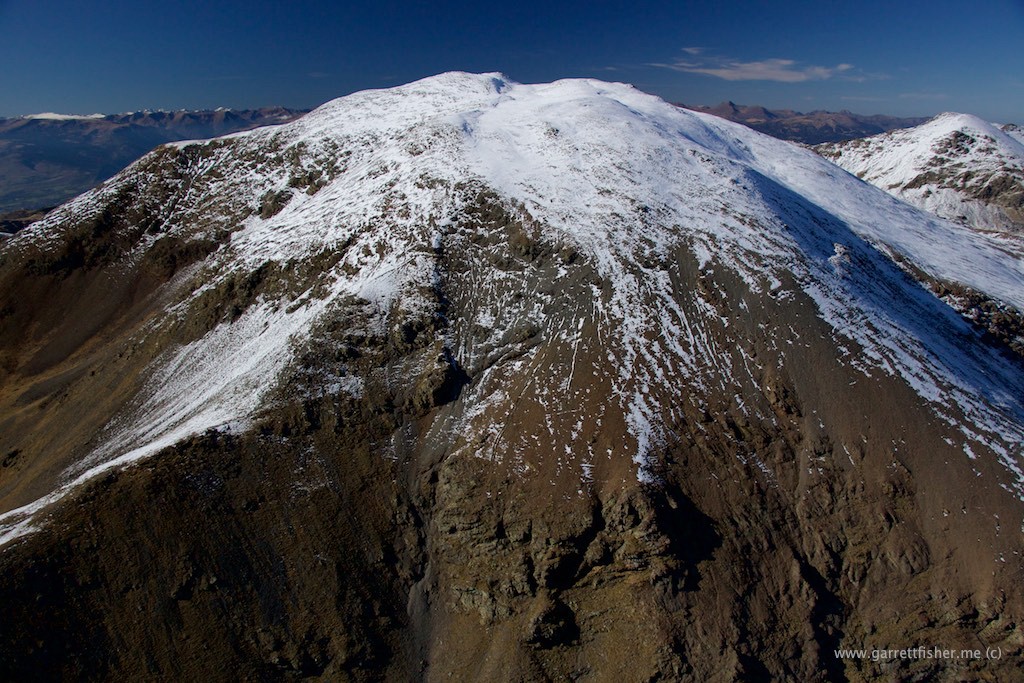 Ridge below is the border. Snow remains on the north-facing side, melted on the south side. 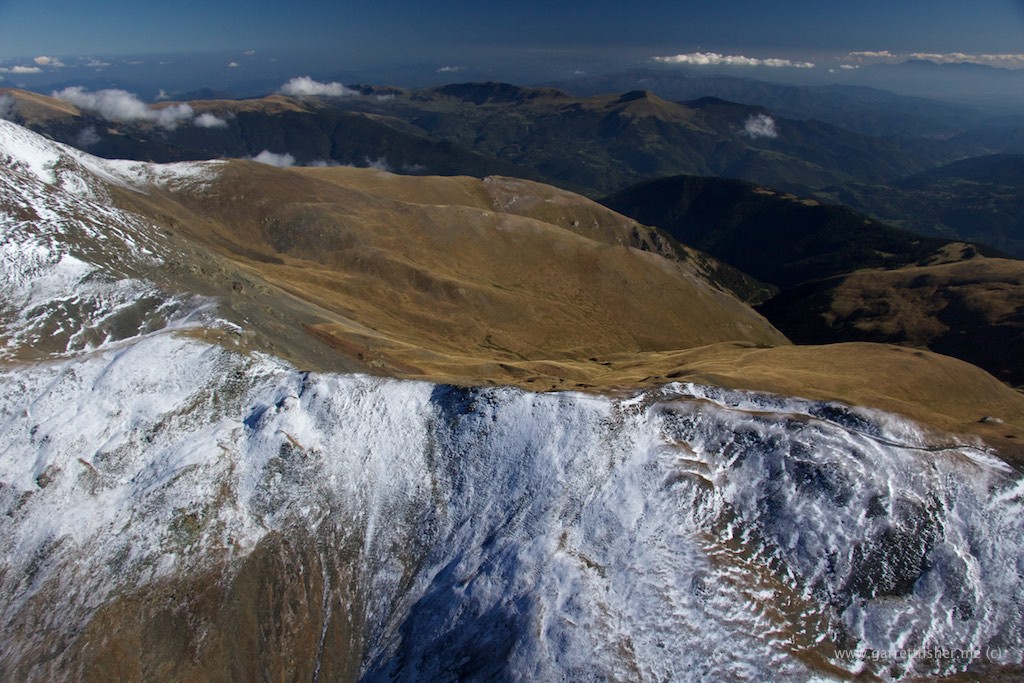 Looking back toward La Cerdanya. 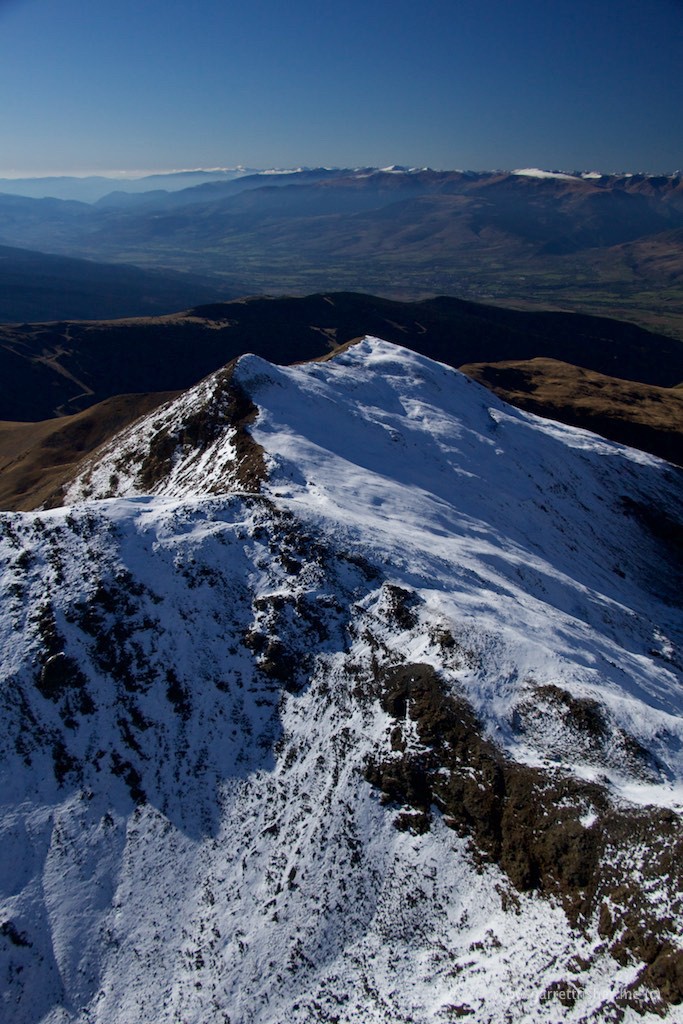 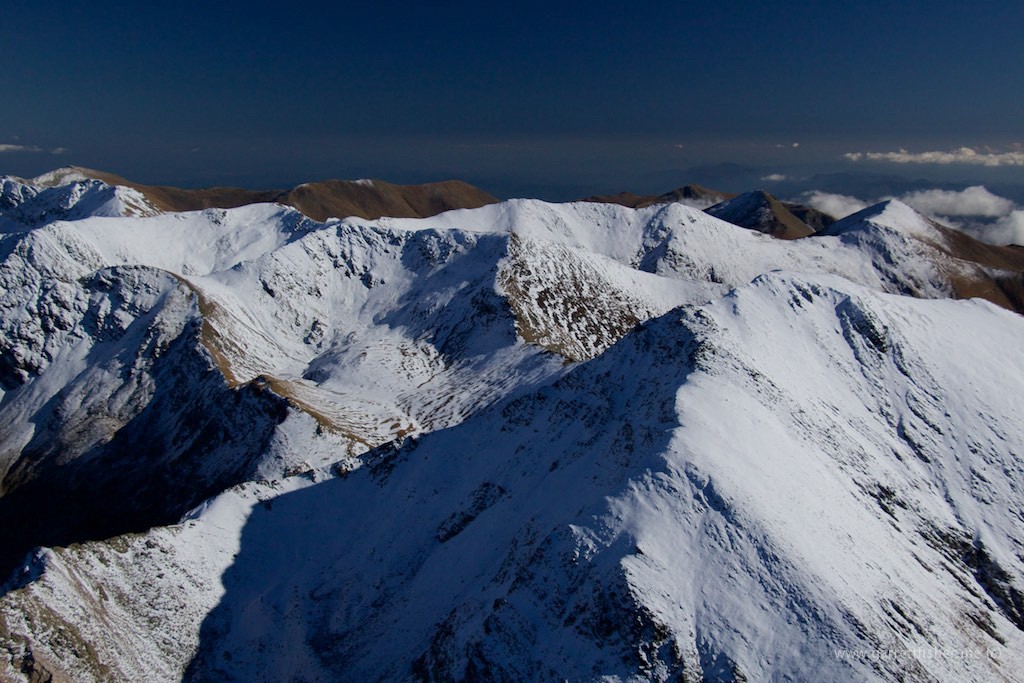 This is unequivocally badass and I love every second of flying over terrain like this.

Above-timberline valleys like this are common in Europe, though are hard to find in the Rockies. Usually they are steep and short in the USA. 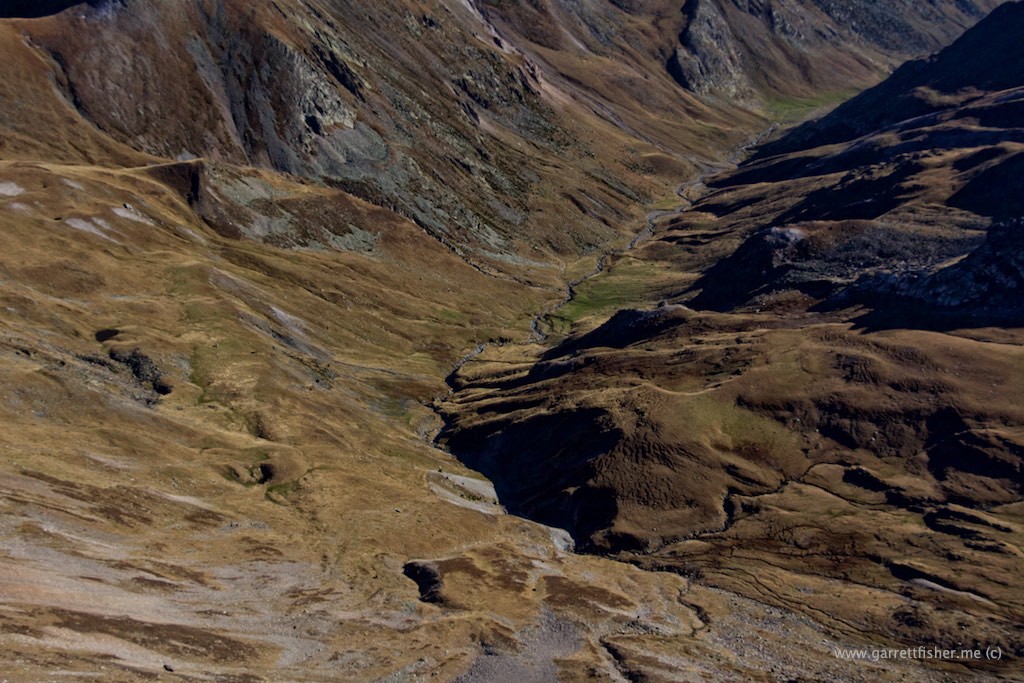 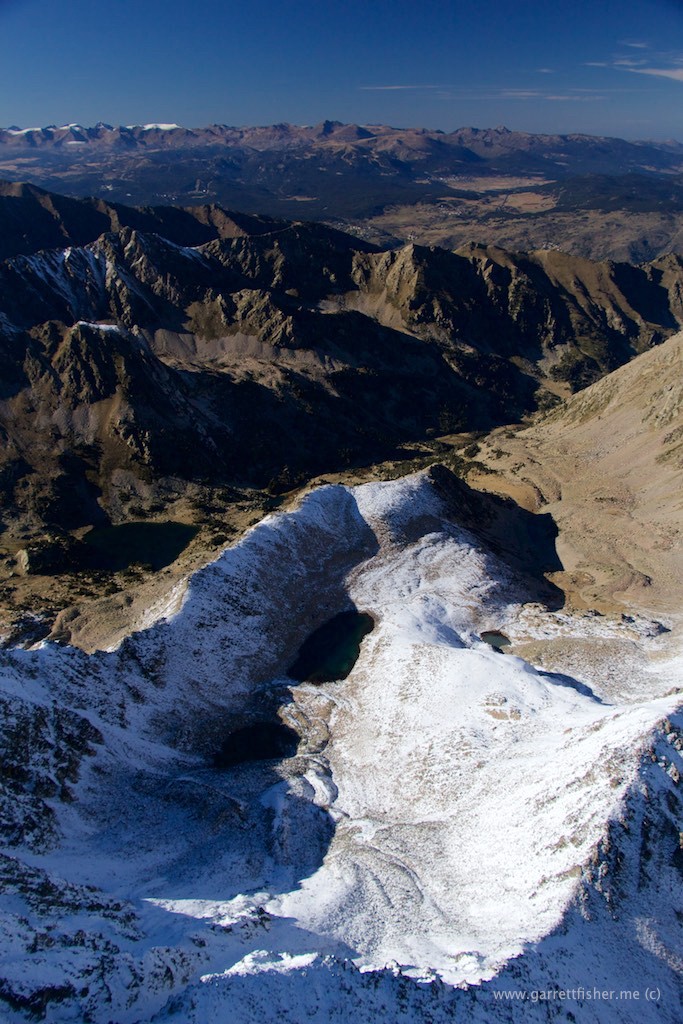 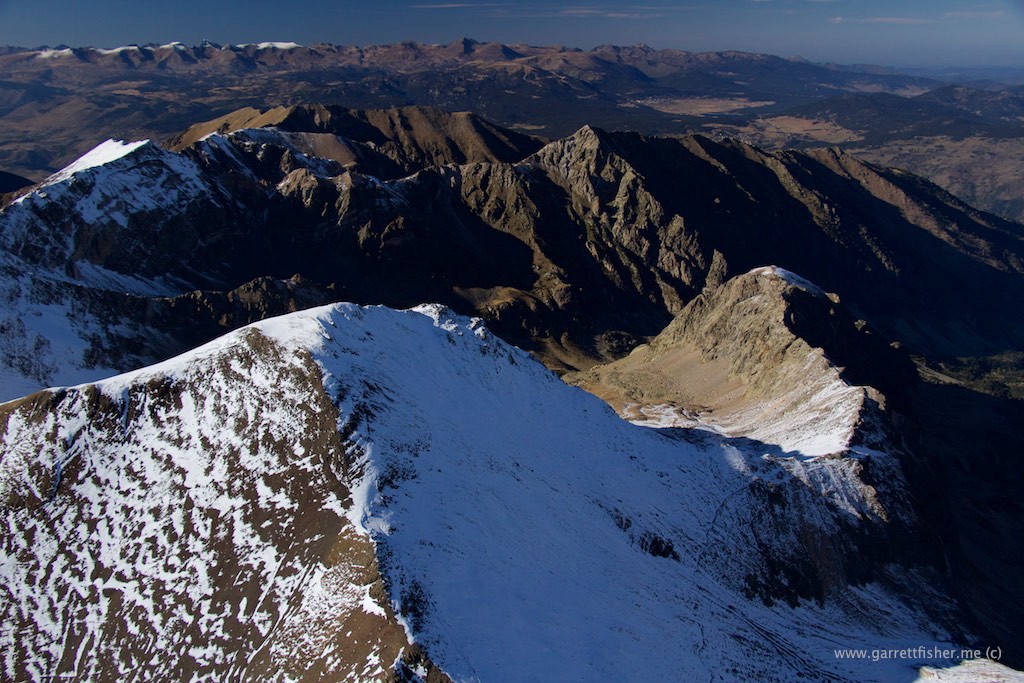 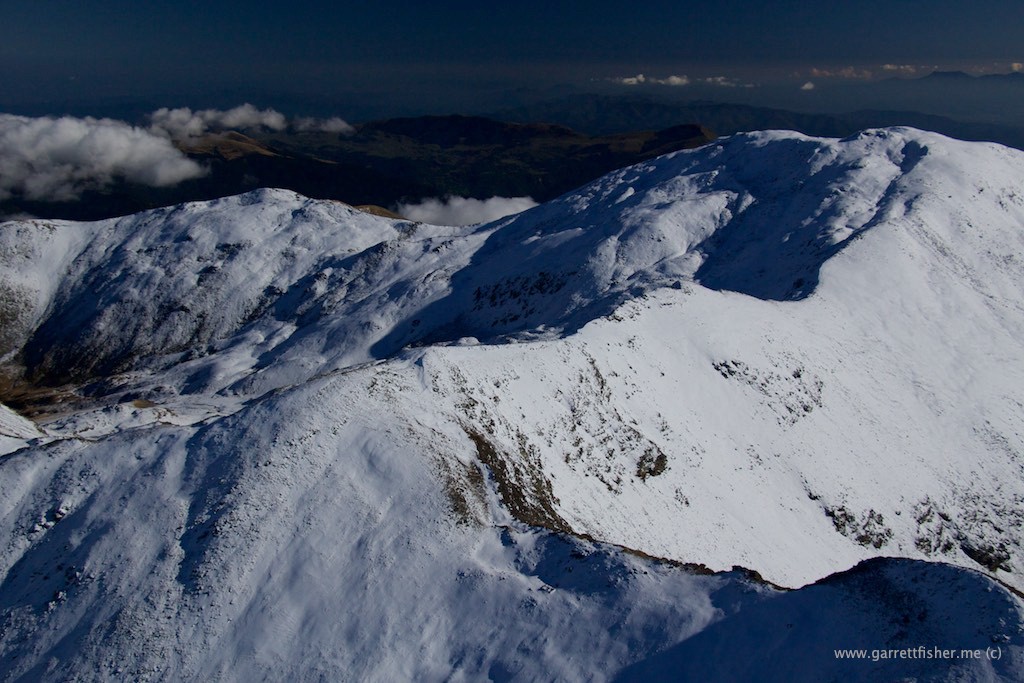 La Cerdanya – more or less Spain to the left, France to the right. The border has a bow to the right in the middle. 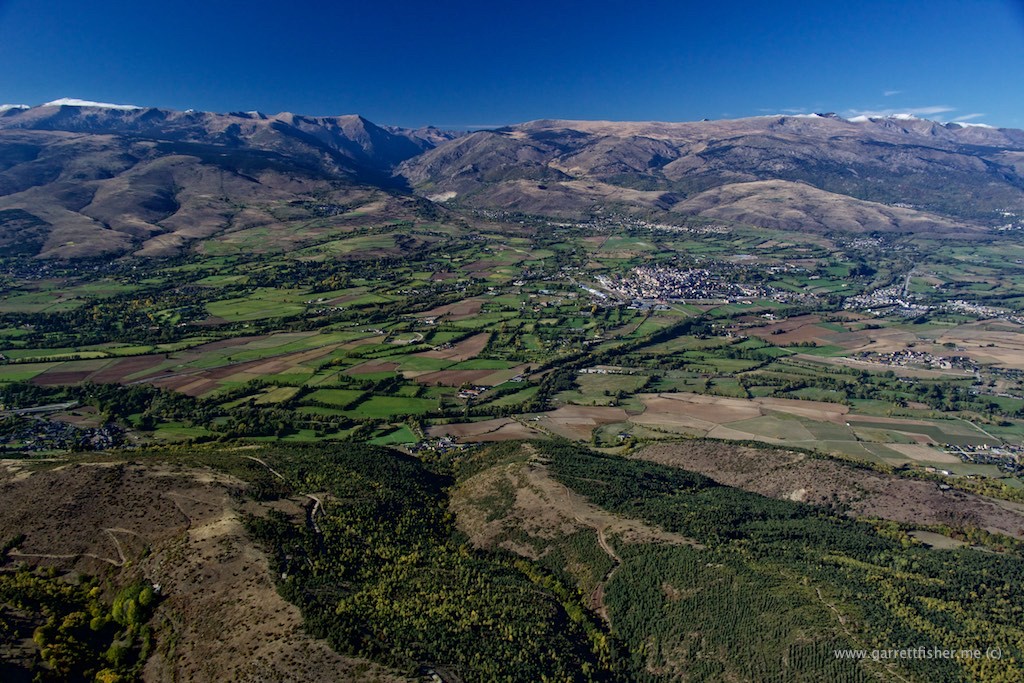 Puigcerdà (note proper use of the left accent, not right. Spanish only uses right accénts, whereas Catalan features many that point lèft). 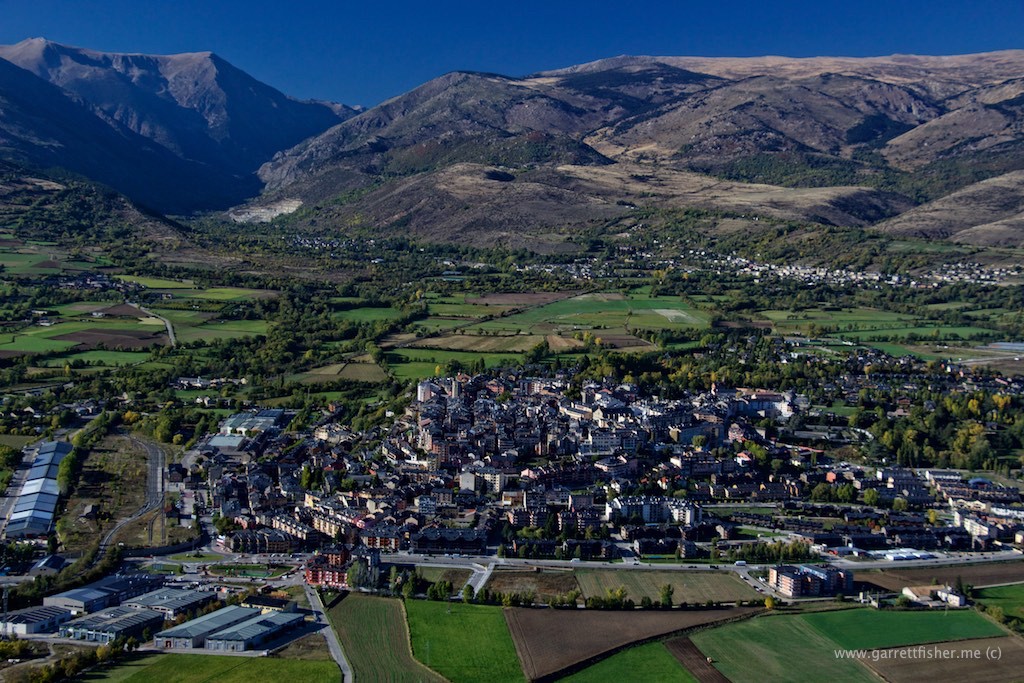 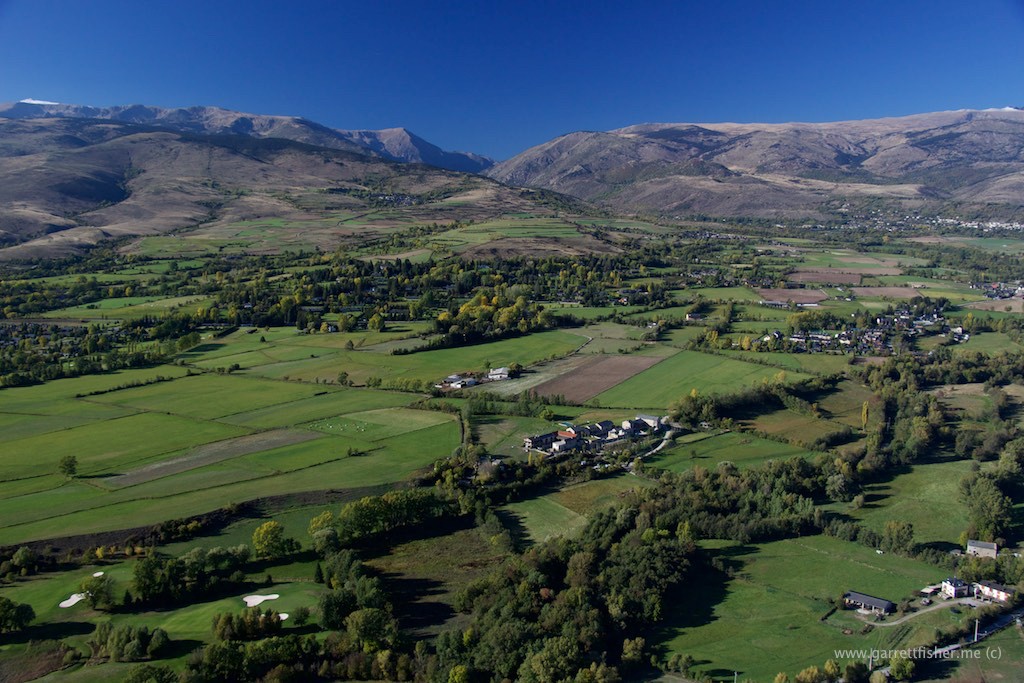