One of the elements of the European air traffic system that rubs me the wrong way is the expectation that a pilot a) flies from point A to B and b) actually follows through on the original plan. The system really doesn’t contemplate willy-nilly in flight course and destination changes. It is not to say that it is illegal, or impossible, its just that it makes no sense to anyone but me.

At least 80% of the time, I fly precisely somewhere other than what I planned. That is usually evident once I get in the air and sample what lighting and other conditions are present. I then re-route my entire expectation, subject to constraints of fuel, airports, weather, and whatever client I am deviously avoiding (for favor of flying instead of working). Suffice it to say that my pre-flight weather planning consists of checking everything in a 3 hour radius.

The thing is, Cadí-Moixeró Natural Park (sorry for referring to it as a “national” park some posts ago – it is a “natural park,” which is a lot like national forests in the USA) is not visible from the house. All of the weather forecasts in the world do not tell me about lighting and cloud texture precisely along the ridge line, so I find out as I am taking off and get the first view.

This was one of those days. The wind was out of the south, and the cloud bank was stationary along the range. As the wind descended off the ridge, the clouds dried out precisely at the same point, presenting the illusion that they were not moving. Rather, it was two air masses yet again, this time with southerly winds instead of northerly, and the dividing line was again this mountain range.

Afterward, I wandered over to France because I could, and then attempted a formation flight with a glider, which did not work, because the silly thing outran me, even at full power. 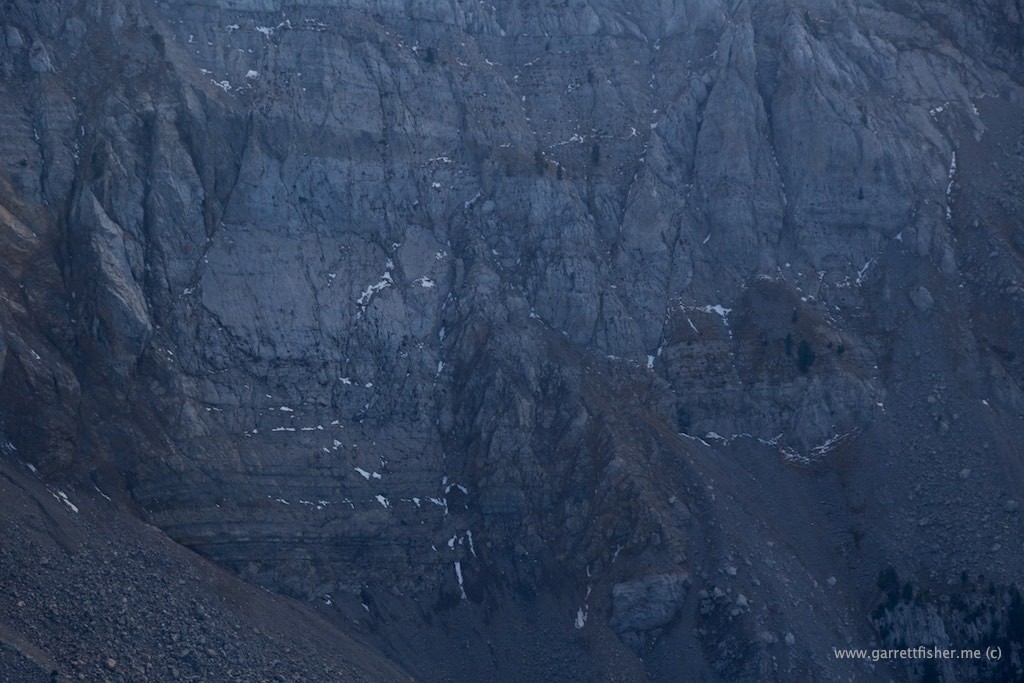 Cadí-Moixeró ridgeline is notoriously difficult to photograph, as the 1,500 foot prominence is perpetually in a shadow. 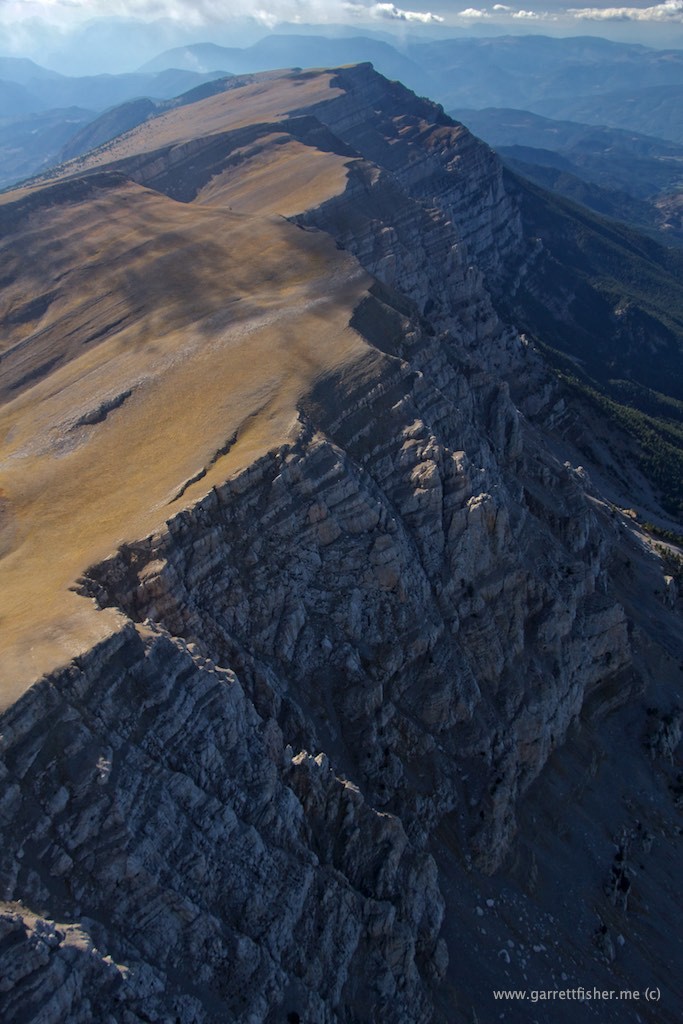 This is the stationary cloud boundary. 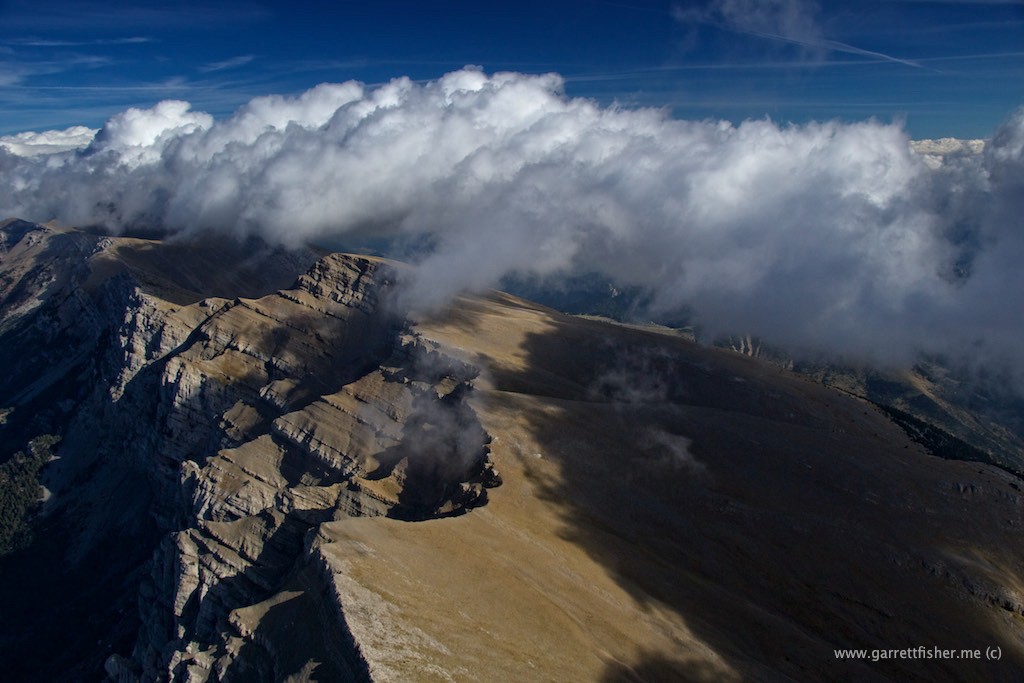 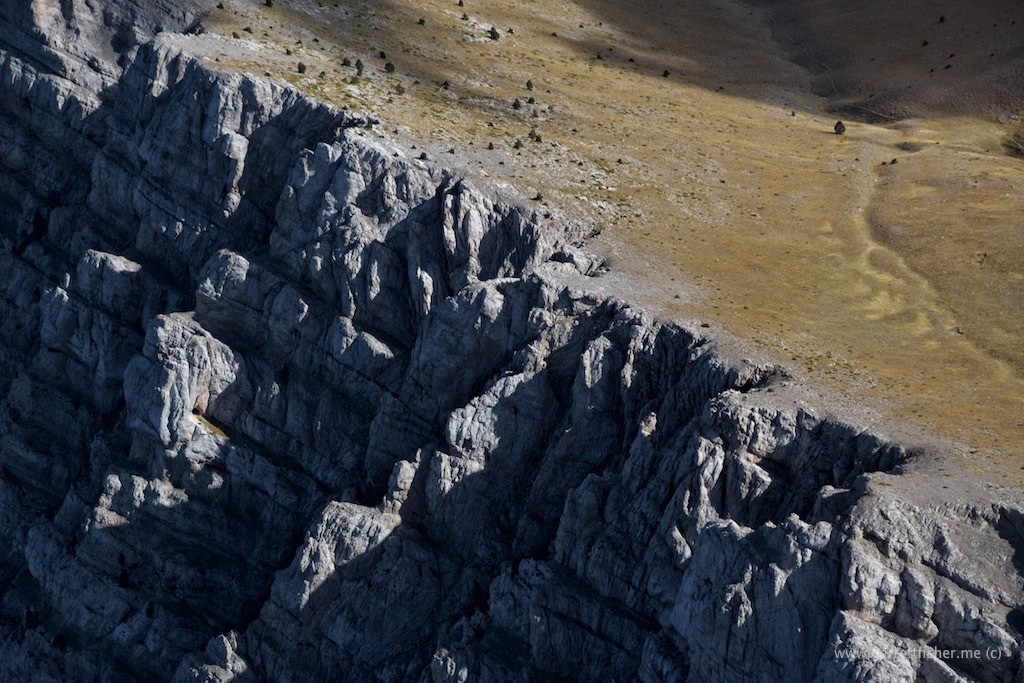 Can you find the two deer in this photo? 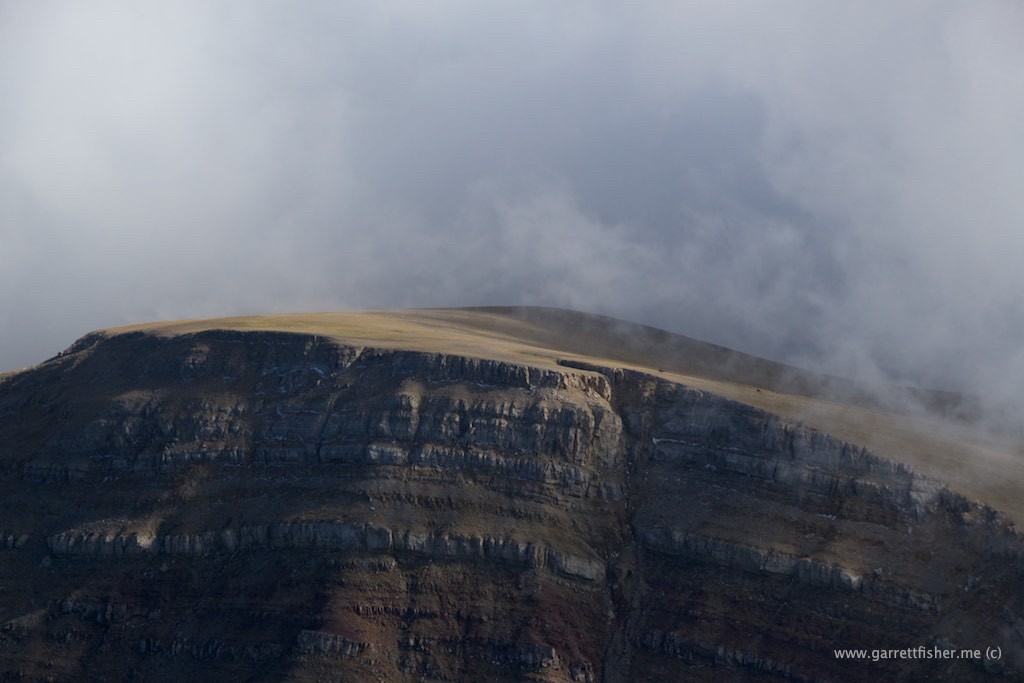 Again, this massive cloud deck refuses to cross to this side of the ridge below, due to Chinook (“Föhn” in Europe) winds. 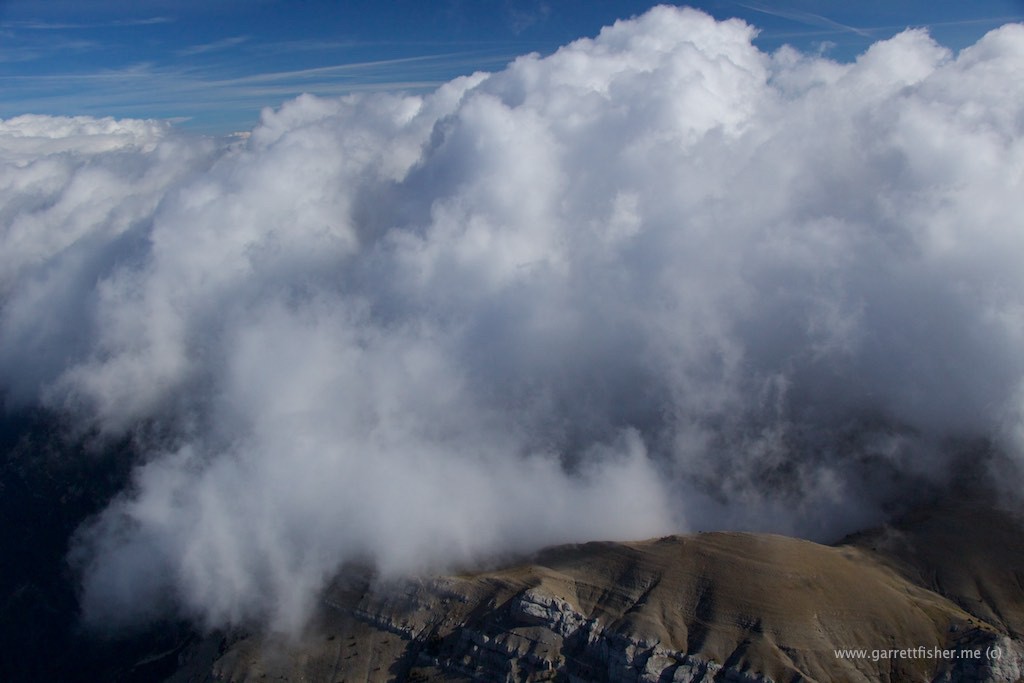 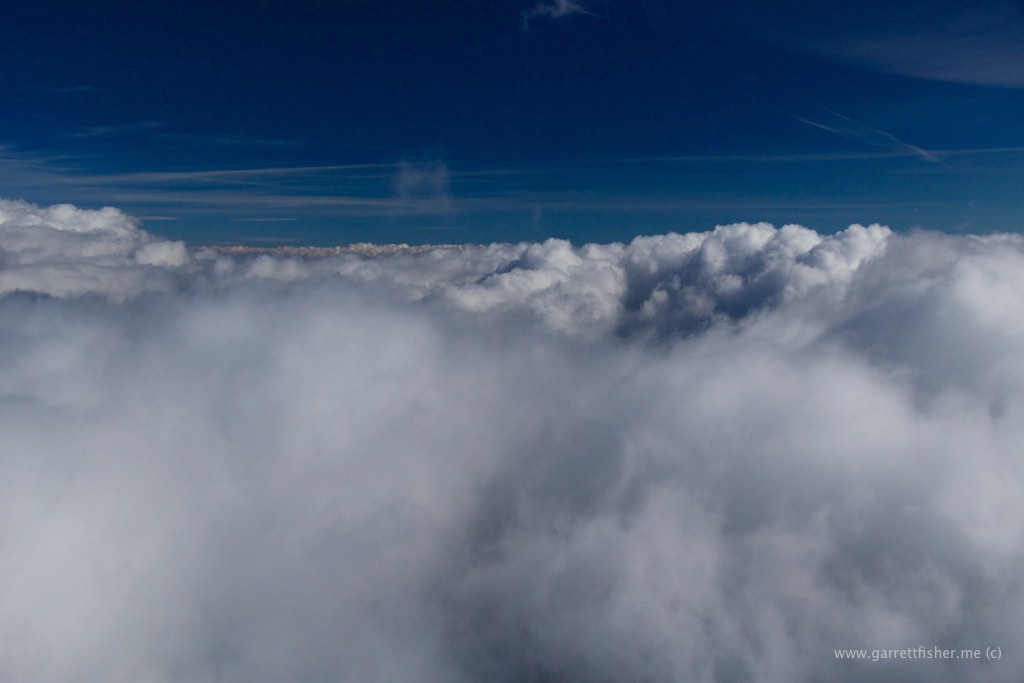 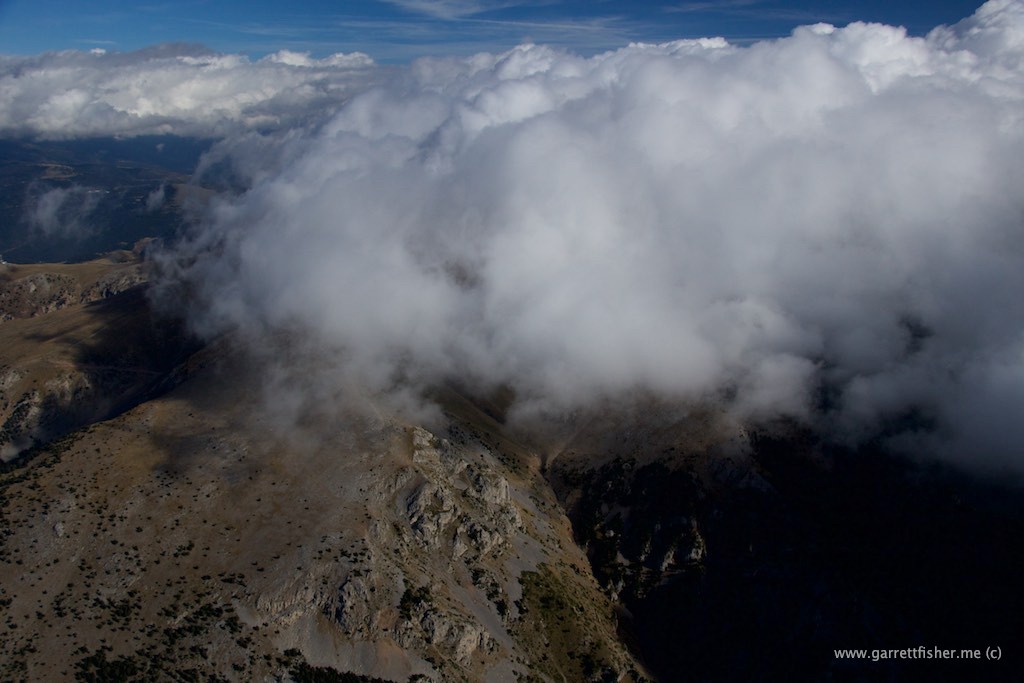 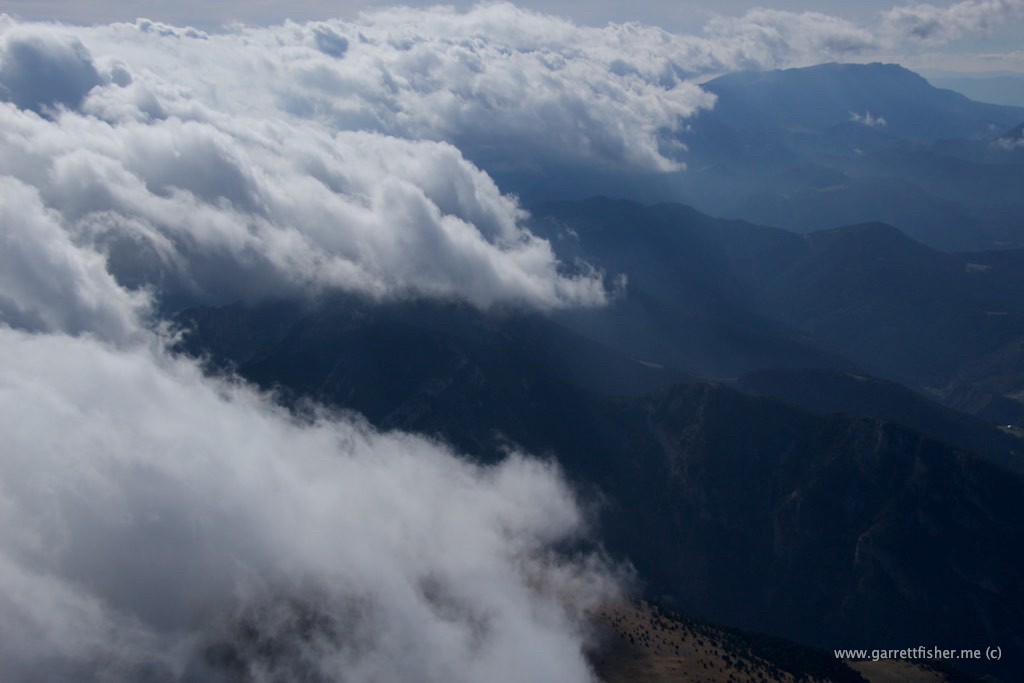 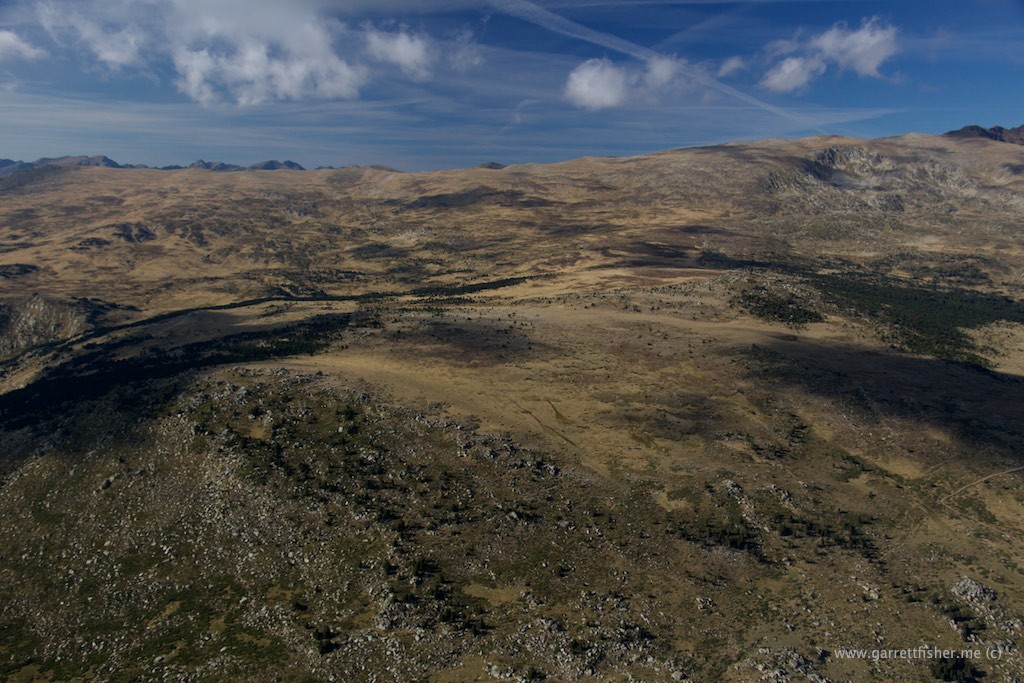 I thought it was above timberline, until I found these trees. There are a lot of grazing activities here which may impact tree growth. 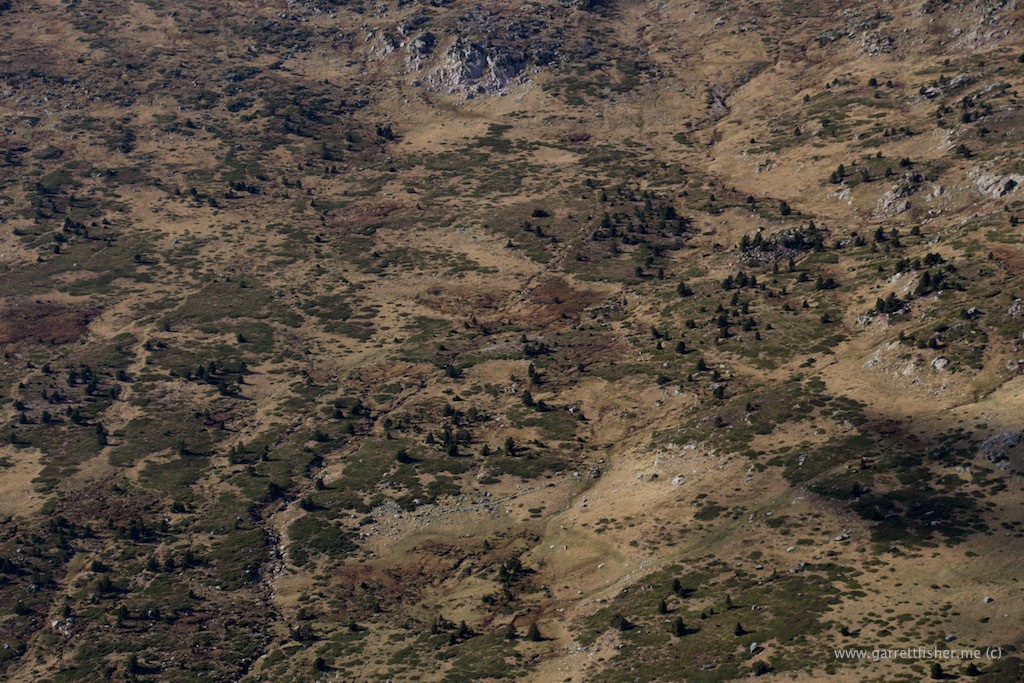 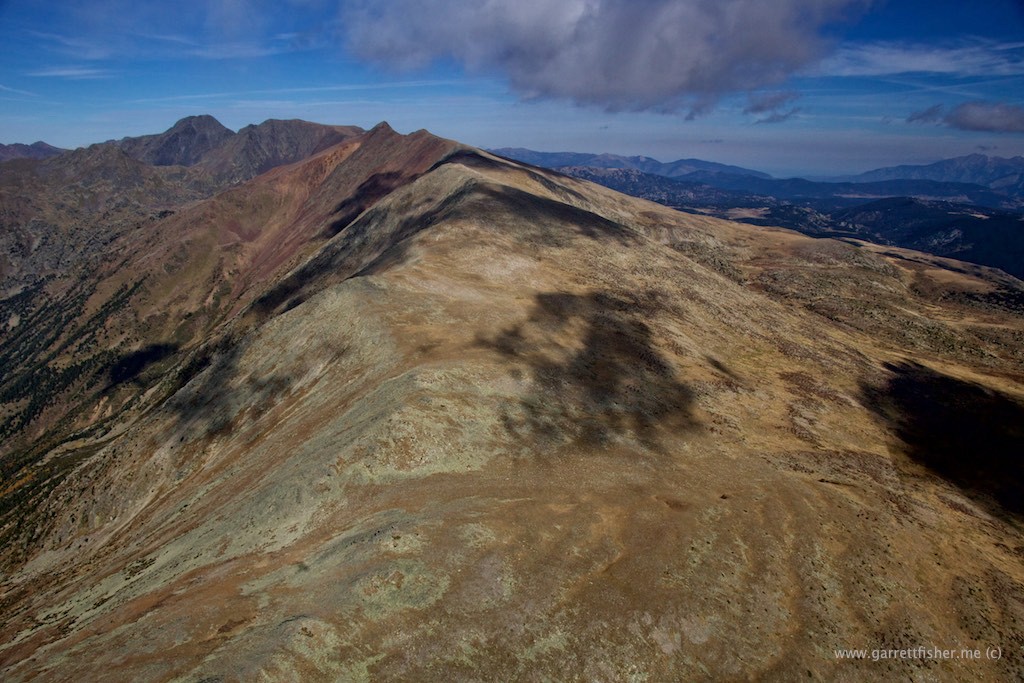 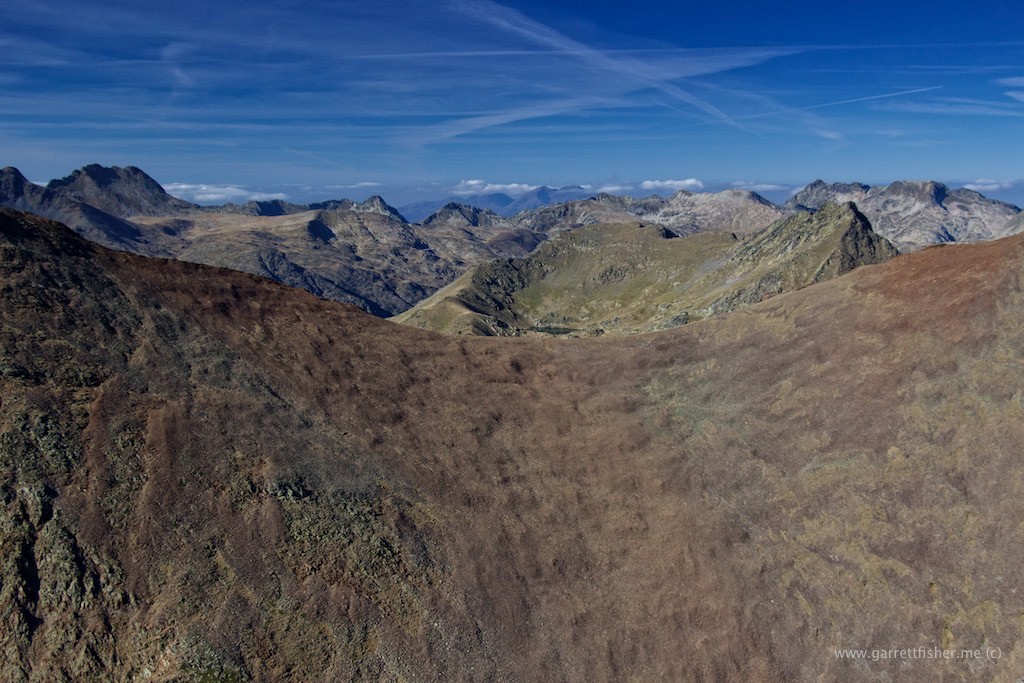 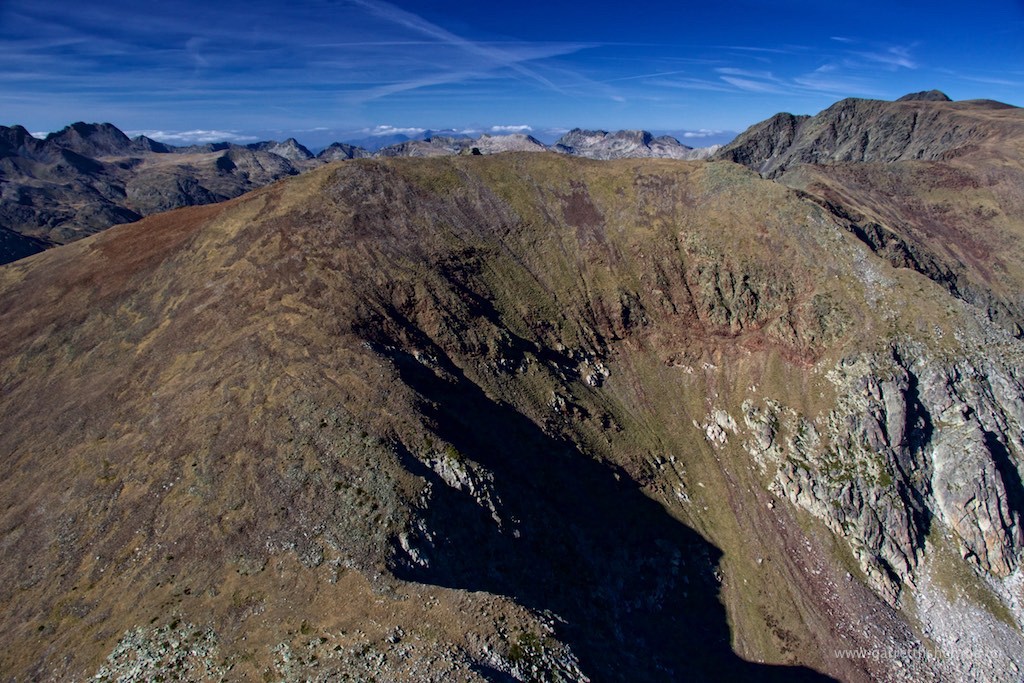 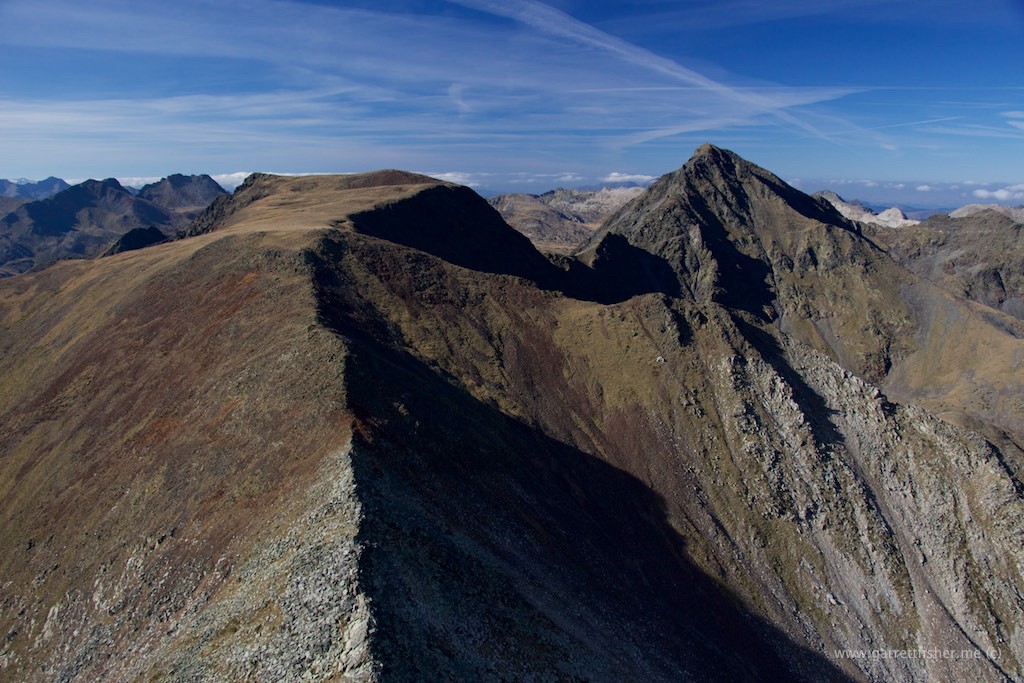 The glider I could not keep up with… 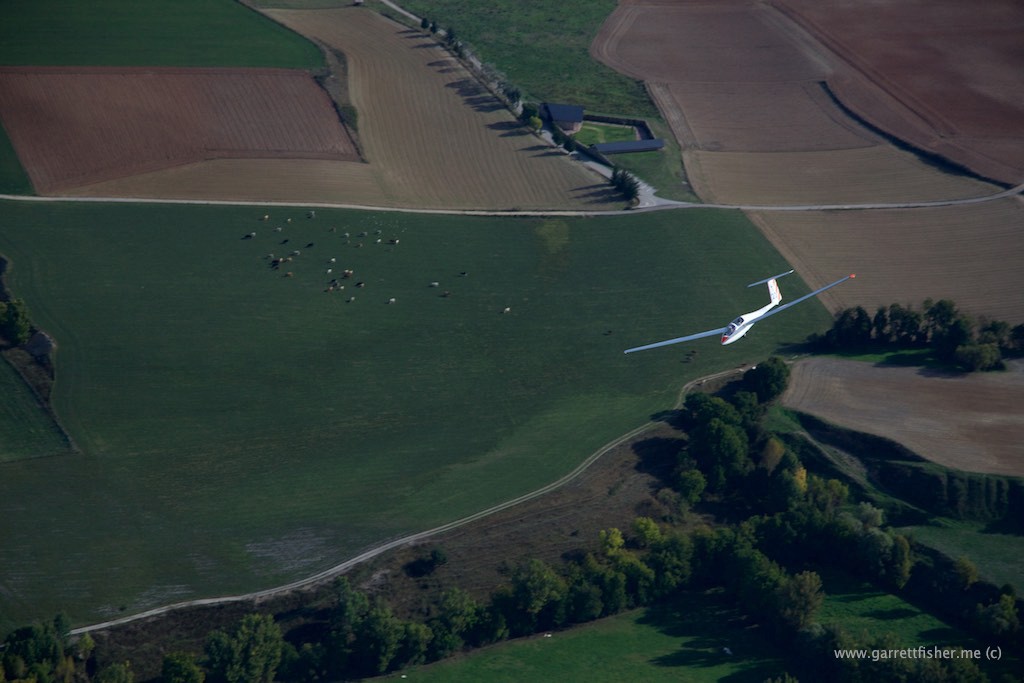 LECD – Aerodrom La Cerdanya (That is the Catalan spelling). 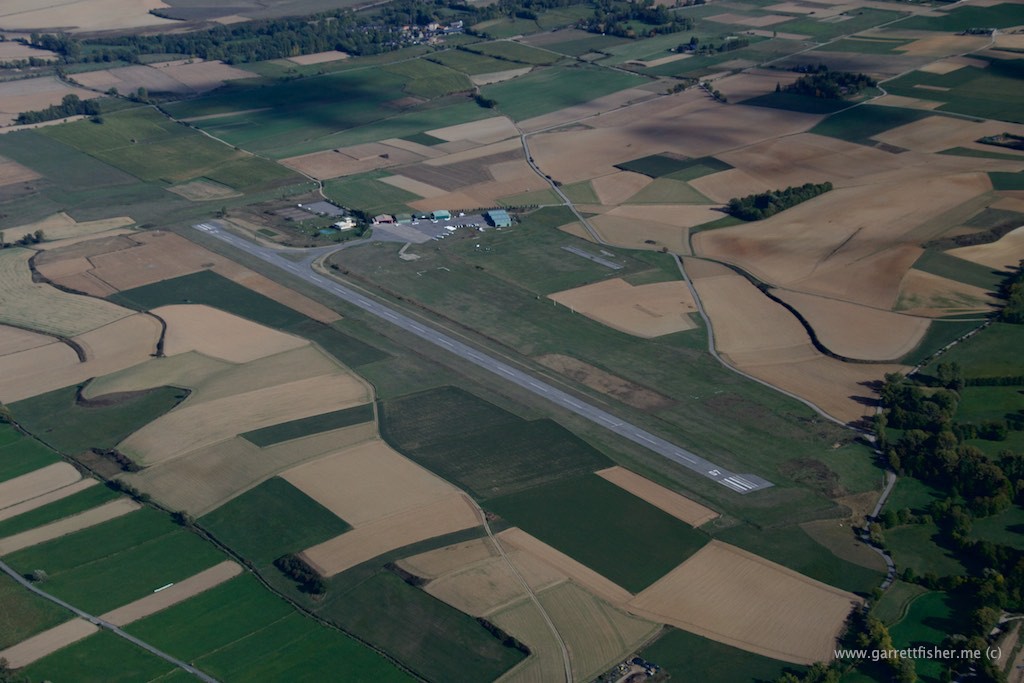 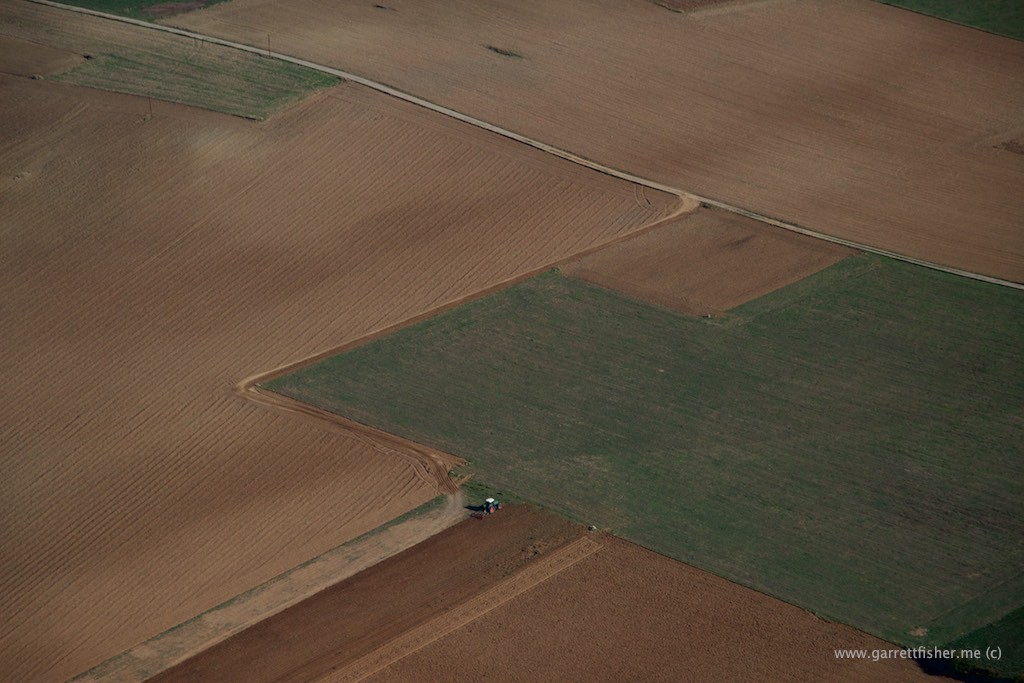