There is an element of misconception to the product of my imagery. At present, I am of the disposition that global society is at a turning point when it comes to perspectives of travel and tourism. For centuries, peasant farmers were damned to backbreaking labor, early deaths, and child mortality while confined to a hellacious plot of dirt that might as well have been a concentration camp. Vacations were out of the realm of consideration, except for aristocracy.

In the 20th century, middle class life allowed for the periodic vacation, coupled with travel advancements, tantalizing the masses with the life of an aristocrat, at least for a small amount each year, a product of our cultural presumption of that which is good and bad.

Now enter the era of remote work, interconnectedness, cheap airline travel, and worst of all, social media, and travel has become the domain of mass hipsterdom. We are on a manic collective binge of incremental bucket-listing, all trying to outdo each other fluttering temporally all over the planet, superficially checking places off the list while achieving next to no depth in the process.

For the record, this is not what I am doing living here in Europe. I also am making the declaration that we are at the beginning of the possibility of the global conversation shifting to a more minimalist approach: perhaps we are better off making our own lives more interesting, instead of having to jet off to some destination to have an expensive, short-term artificial experience that resembles nothing other than staying at a hotel, all the while irking the locals. Europe is having a wave of anti-tourism protests, as they should, because it’s a joke.

Venice receives 28,000,000 visitors per year, while 55,000 people live there. Andorra, just over the hill, receives 12,000,000 visitors per year, while 84,000 live there. I could go on with accurate statistics that reflect a philosophically macabre picture of our bleached cultural reality, and from having lived in the American West, I can assure you that the list is long of how many of those visitors identify with each place, thinking they would like to live there. Would they? Or are they seeking to recreate a slice of their life that they live for one or two weeks per year, while returning to a dull and pedestrian existence? Do they want to share Venice with 28,000,000 people? There exists no Venice on this planet without the tourists yet almost all tourists that “just love Venice” imagine living there without the tourists; that is the unfortunate reality I am speaking of.

Somewhere along the way, I fell into sin and started making push pins on my blog to show the places I have been. In a statement of hypocrisy, it did and still does feel good to look at even though I haven’t updated it in months. On the other hand, global social and market forces seem to only be interested in the superficial; potential publishers told me as much. What I really am after, and have been all along, is some level of insightfulness, a shred of art, the comprehension of perspective afforded by an airplane, or maybe humans are an infestation and the sky is the only place I can find some elbow room.

Therefore, you’ll note my blogging has slacked off, though fear not, I am flying more than ever. I’ll have to come up with a new way to reconcile my nearly autistic obsession with push pins to my nihilistic disdain for it appearing like mass global excess.

Oh, it snowed in August. Here are some pretty pictures. Add the Pyrenees to your bucket list.

Riu Segre, Cadí-Moixeró in the background. A resplendent day compared to the last month. 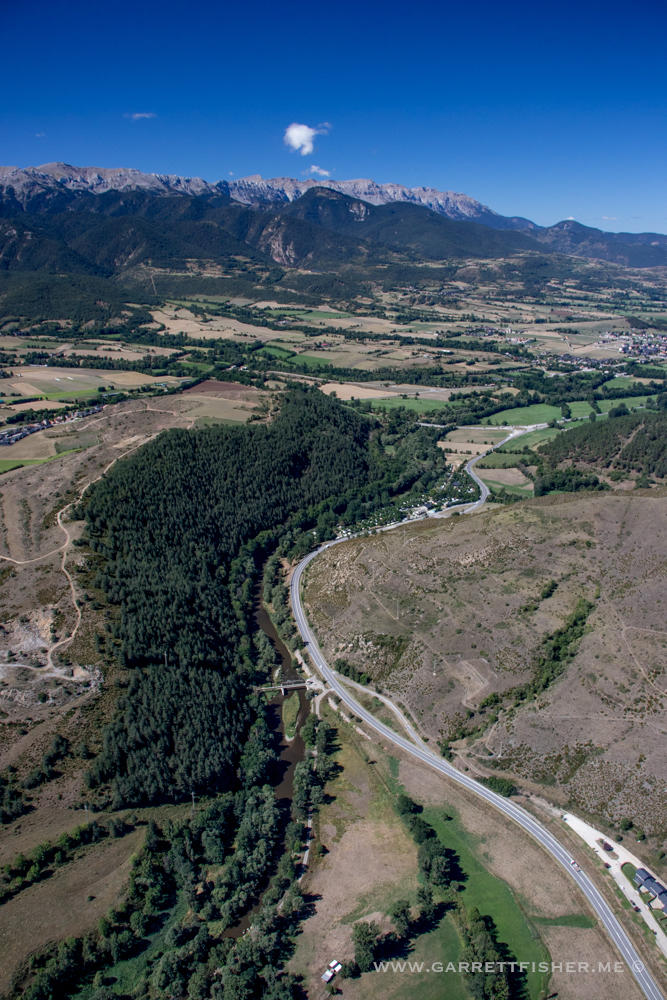 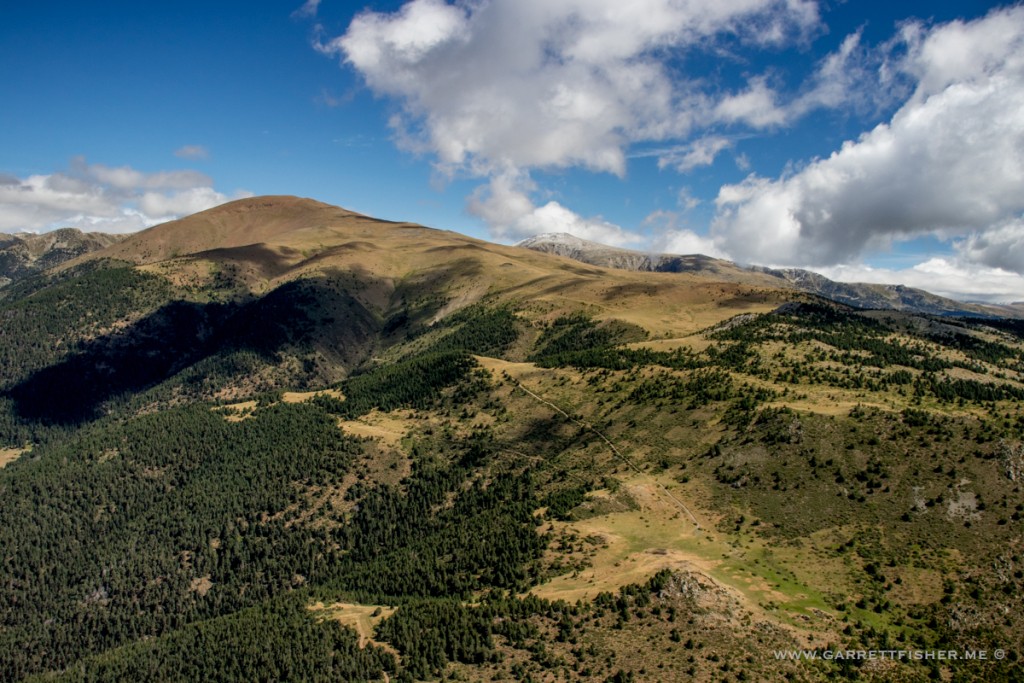 And there is the snow. 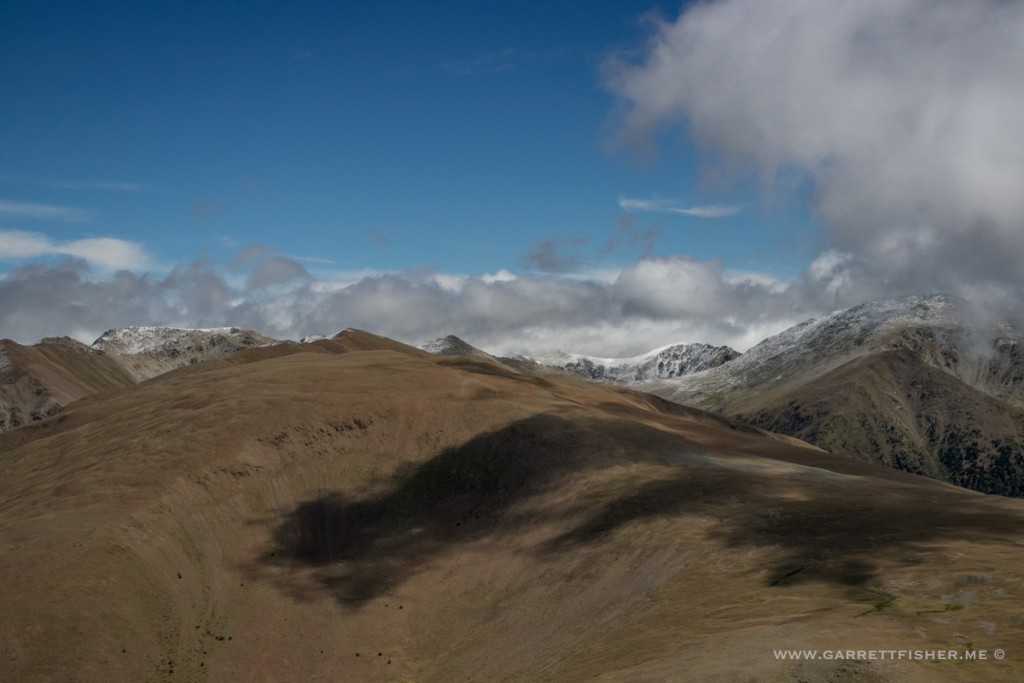 Snow with some infrared. Green grass at the summits complicates things a bit as it also appears white. 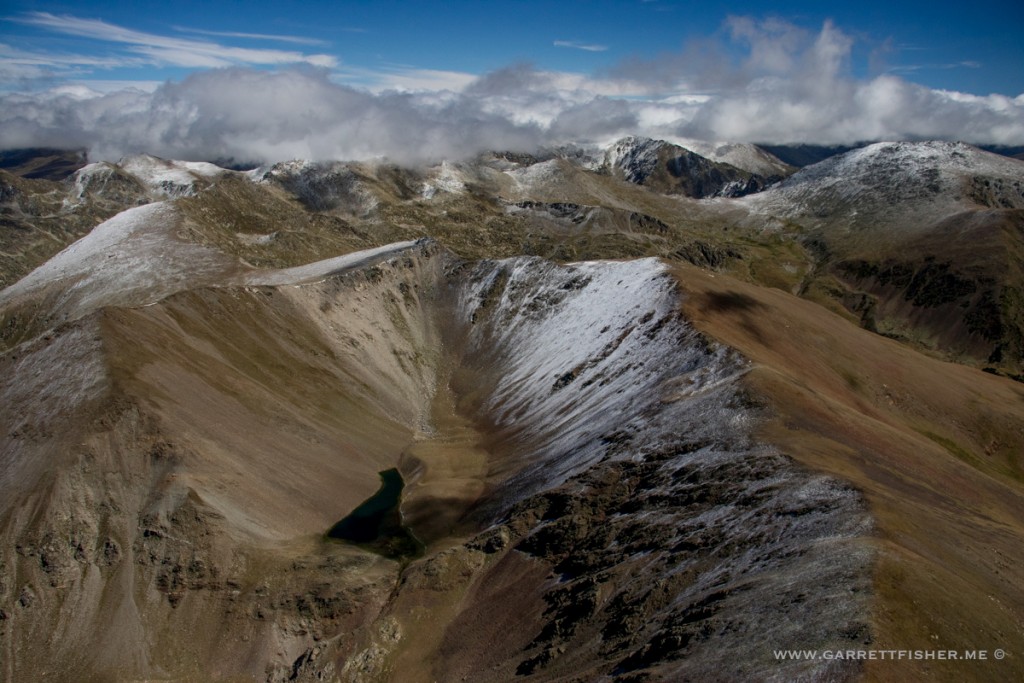 Border of Andorra, Spain, and France, in infrared. 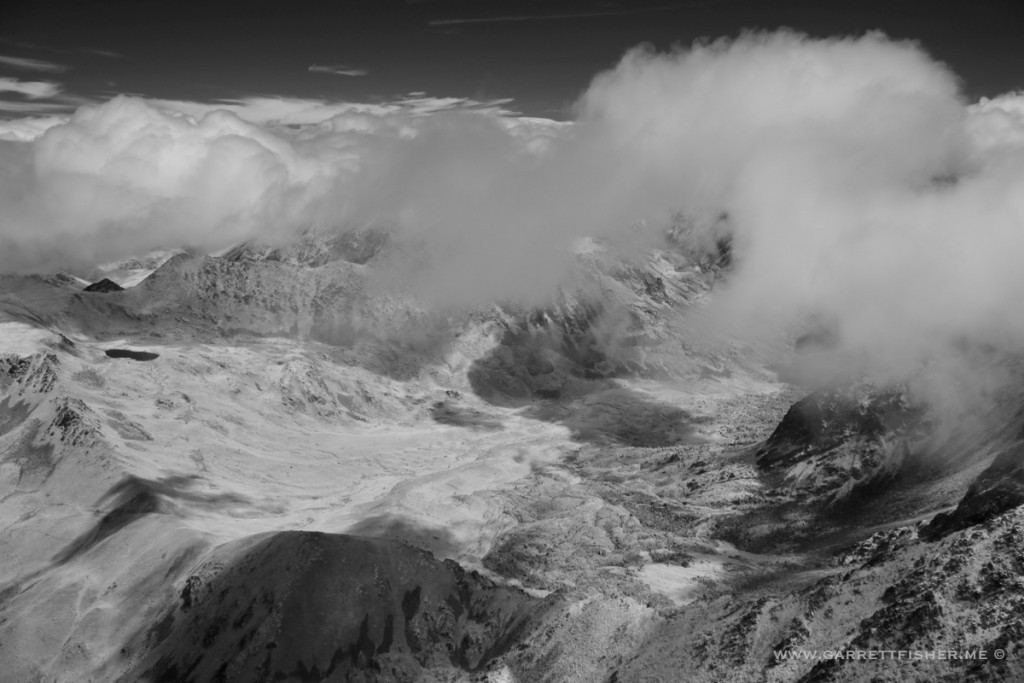 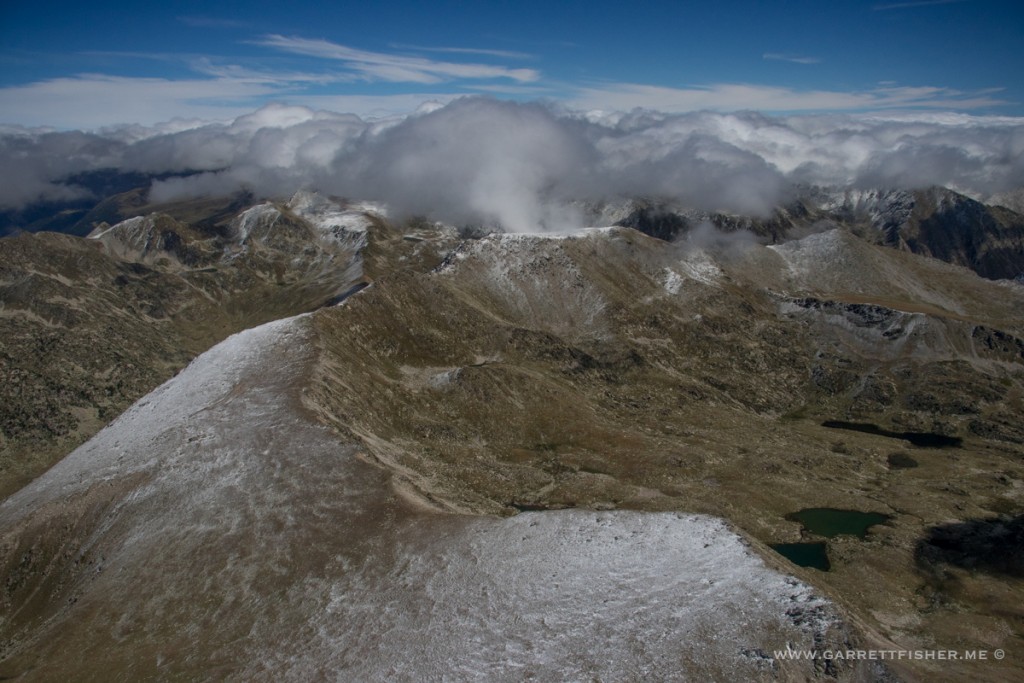 Infrared with red and blue channel swap, Andorra. This makes the sky blue-ish. 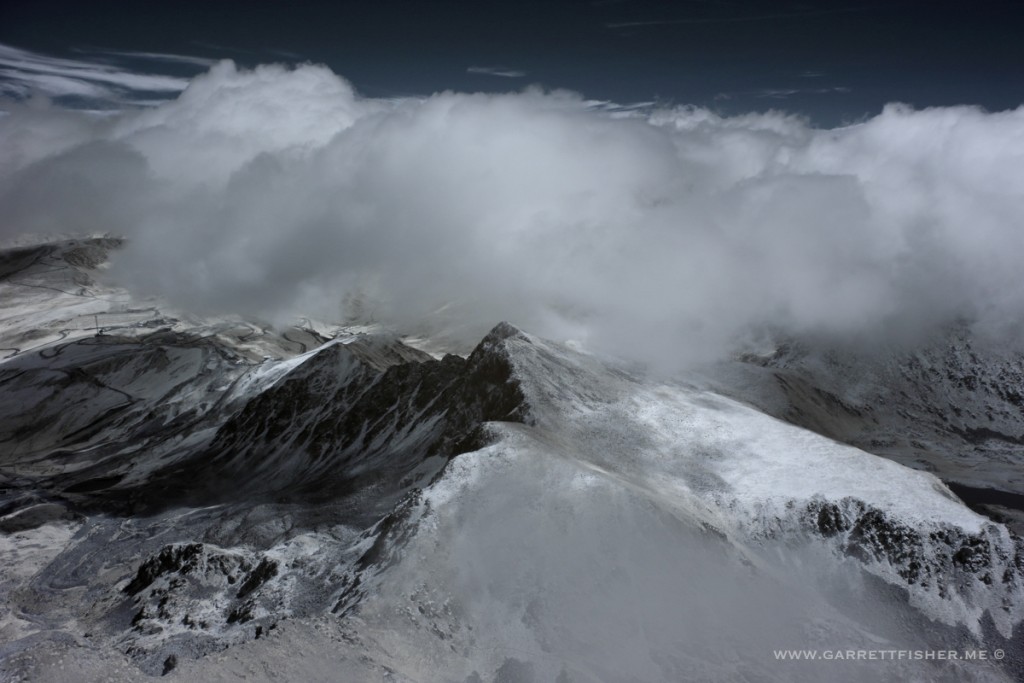 Some mountain. If the engine quits and I have to ditch up here, you all can piss off and I am staying there. 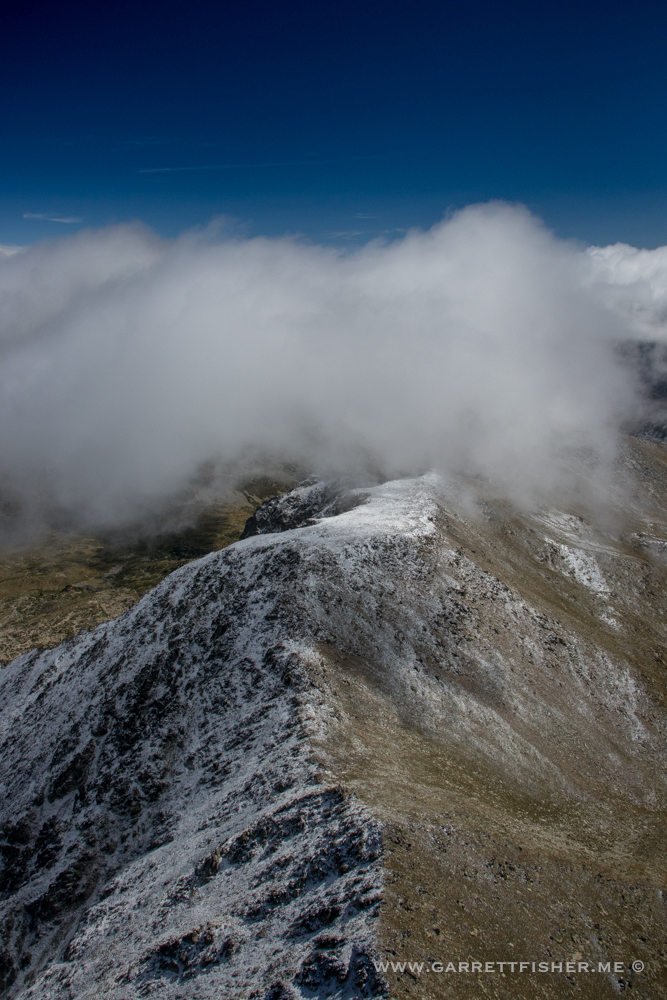 Border of Andorra, Spain, and France, in visible spectrum. 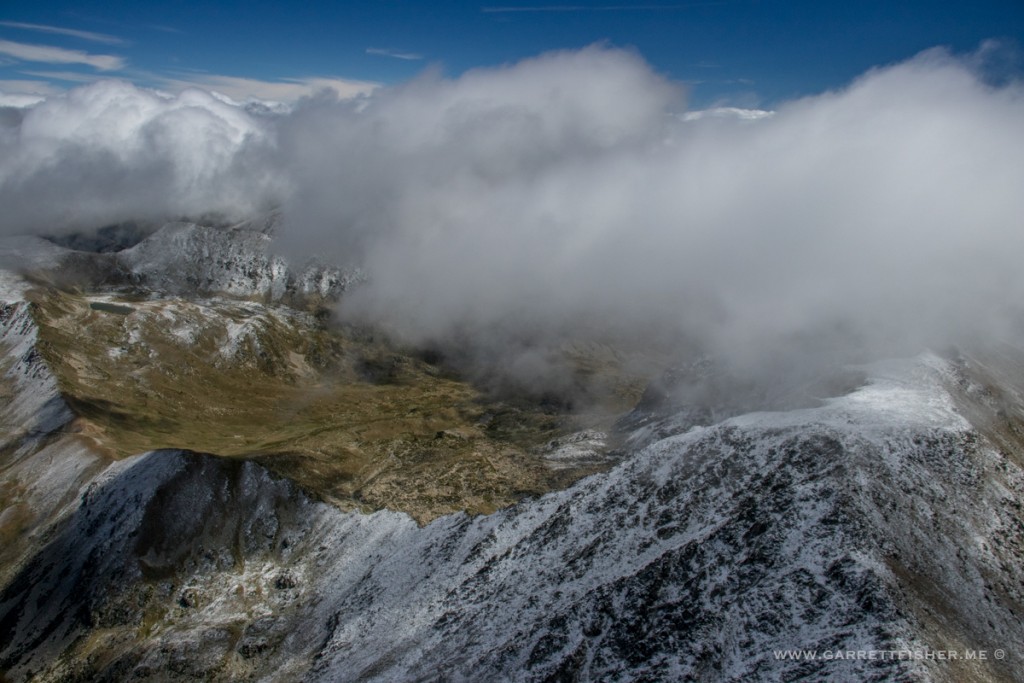 Puigpedros hiding in the clouds, infrared. 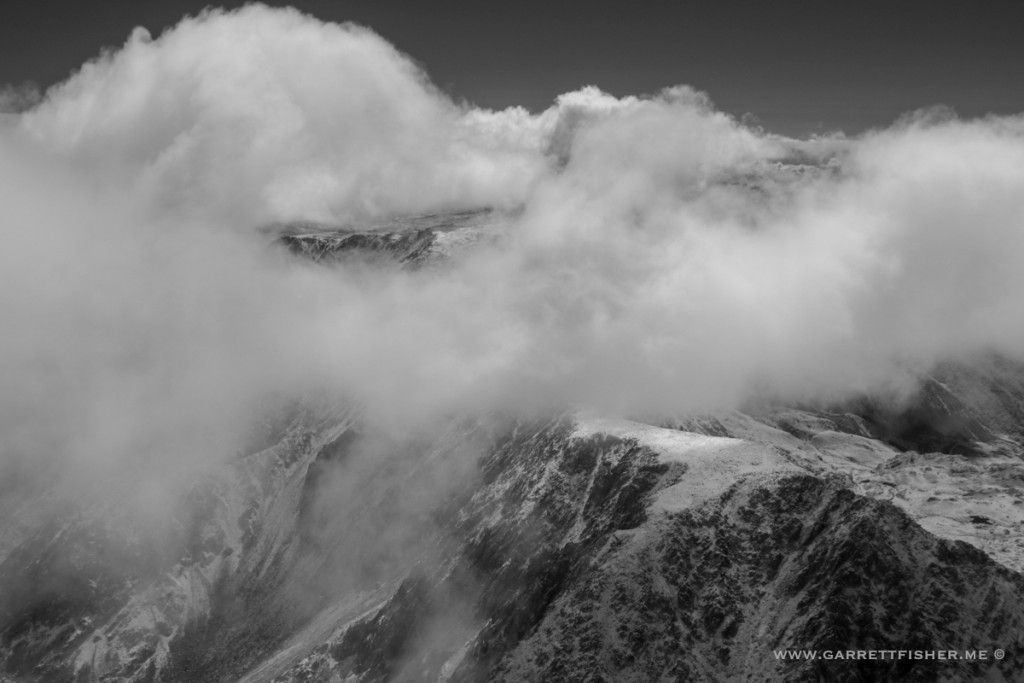 Andorra – there is some complication flying at 10,000 feet around moving clouds, peaks, and actually in some mountain waves in between the clouds. 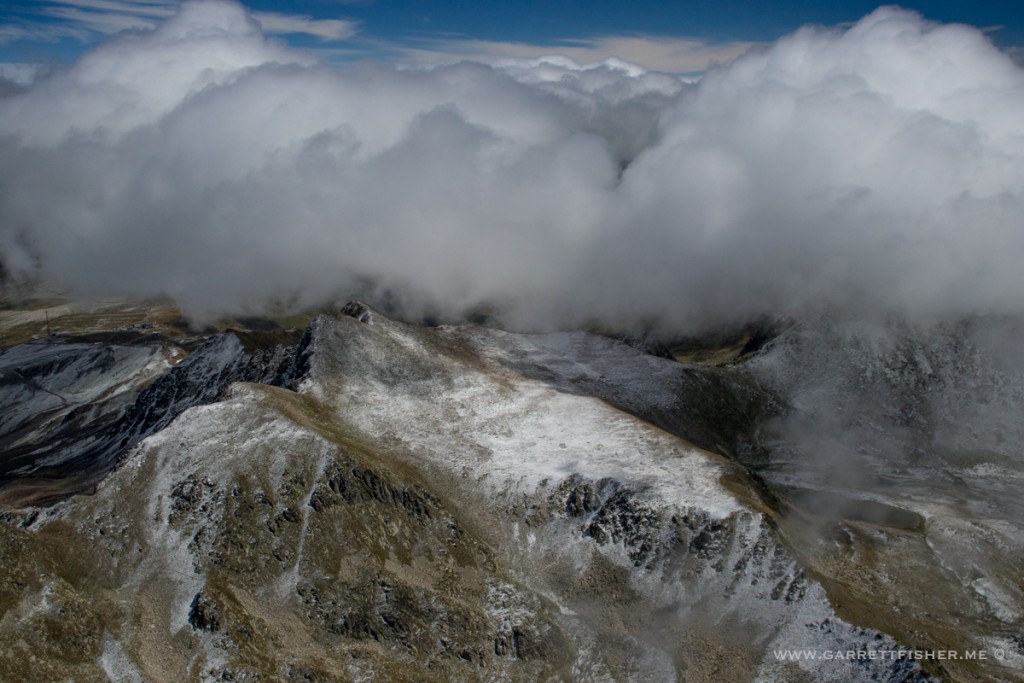 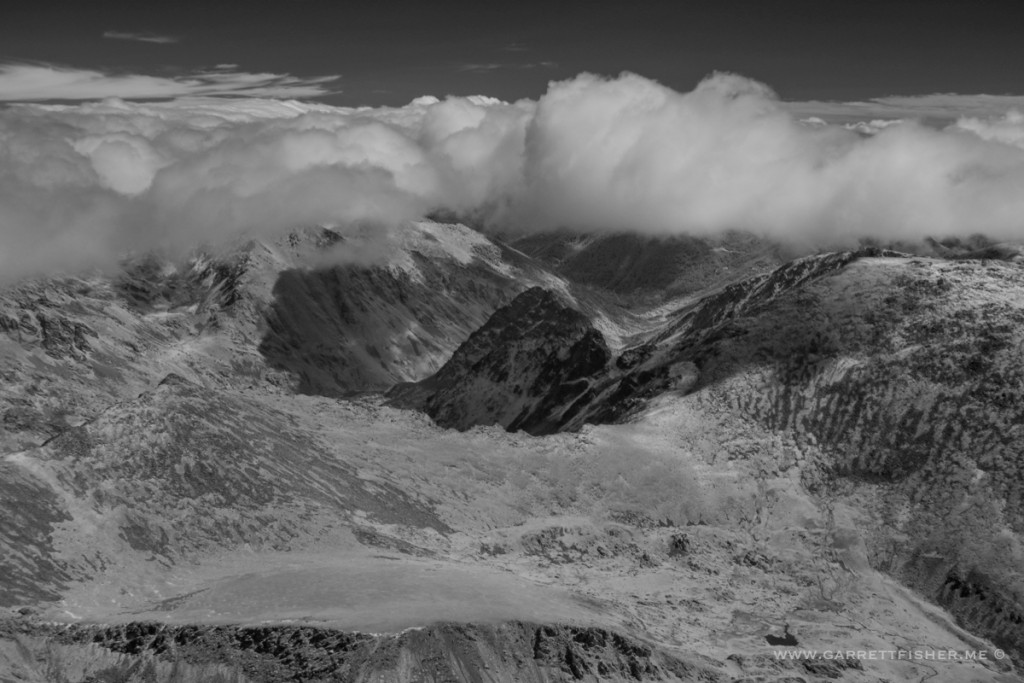 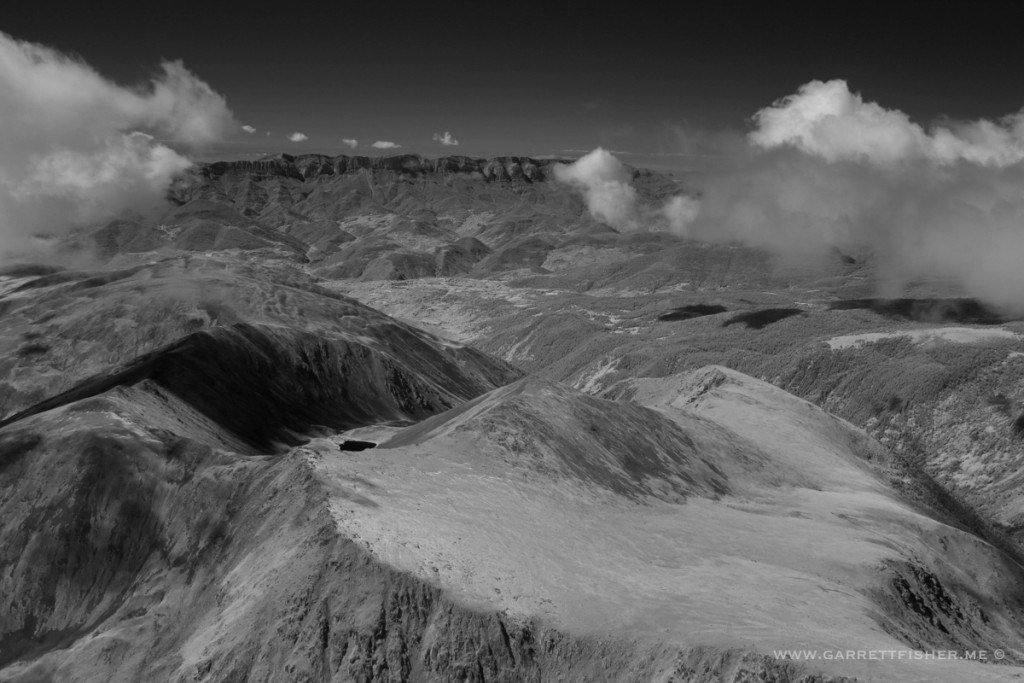 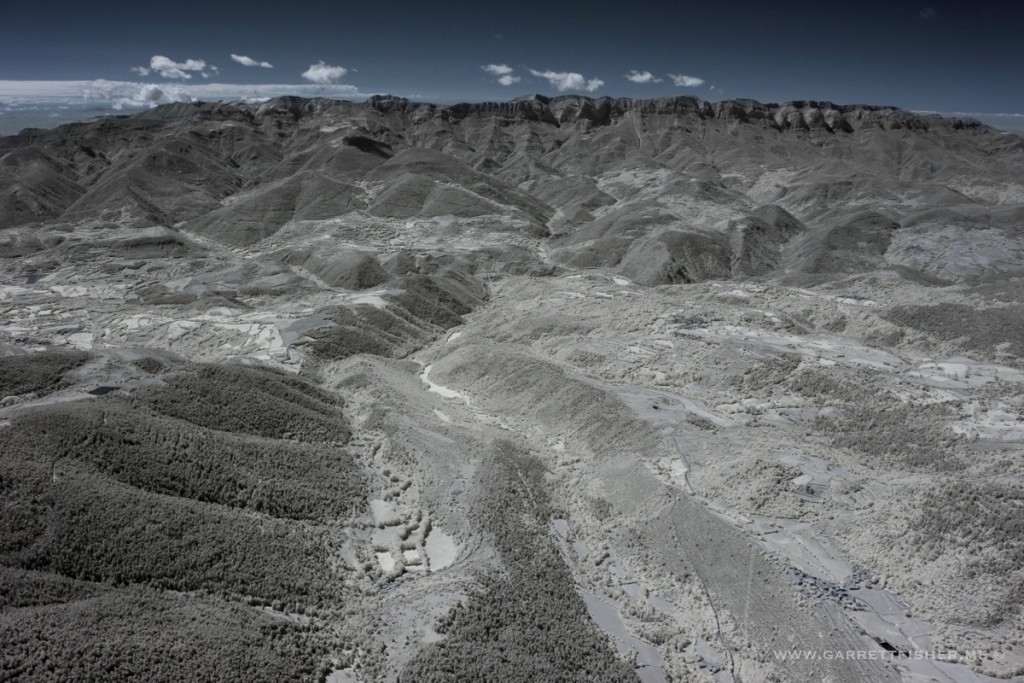 Changed my mind! Went up the Val du Carol. Over France in this photo, looking at Andorra, getting beat up by rotors. 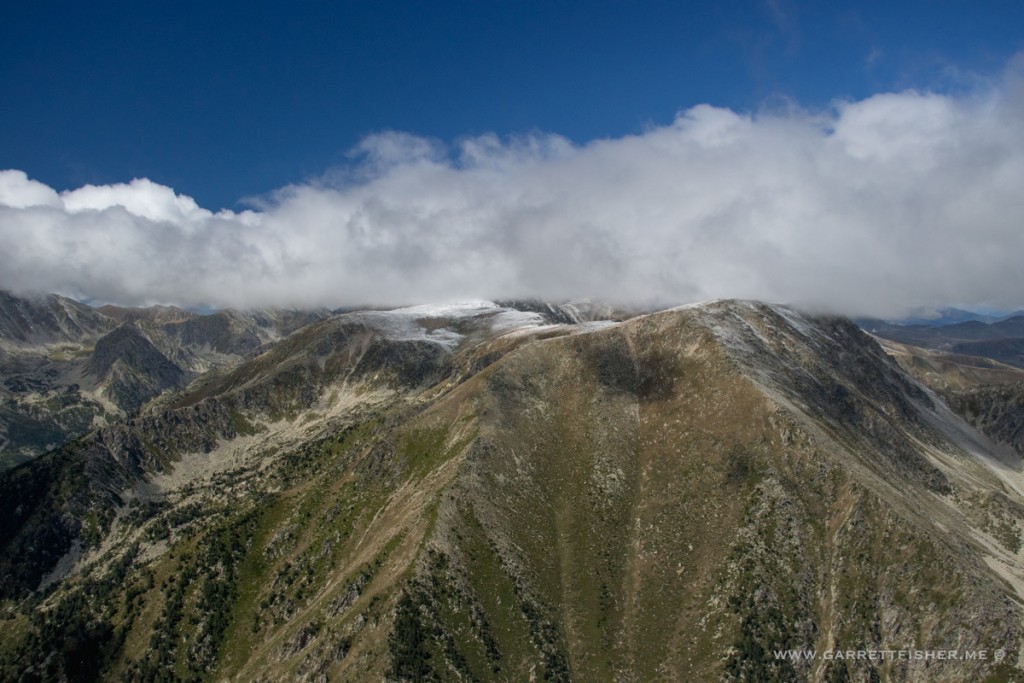 France, in infrared, no channel swap, nor black and white filter applied, hence sepia sky as it comes off the IR camera. 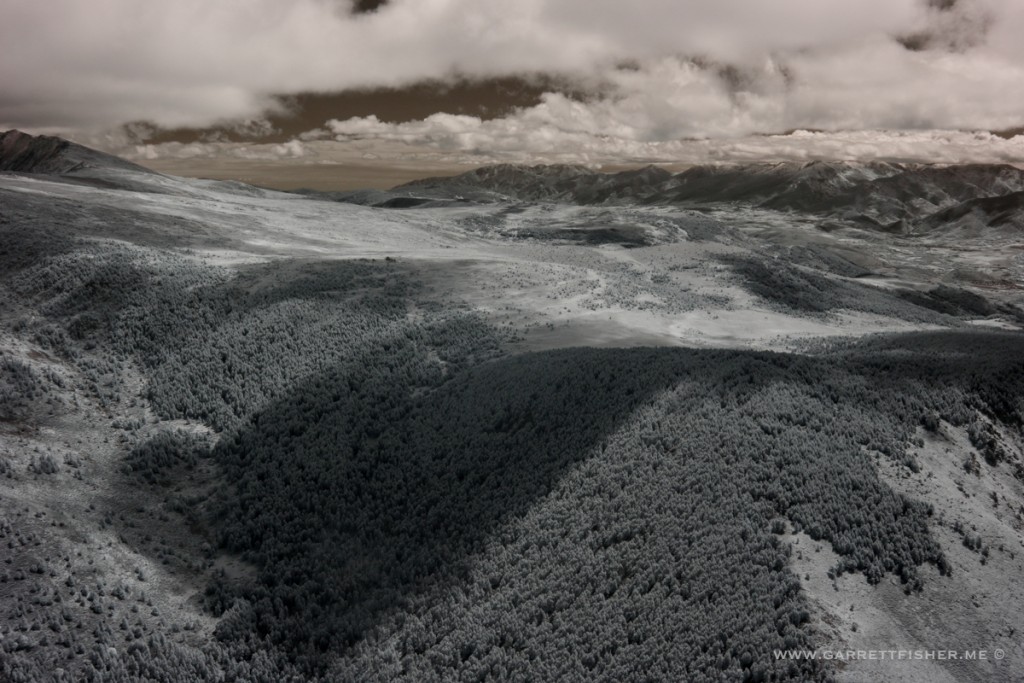 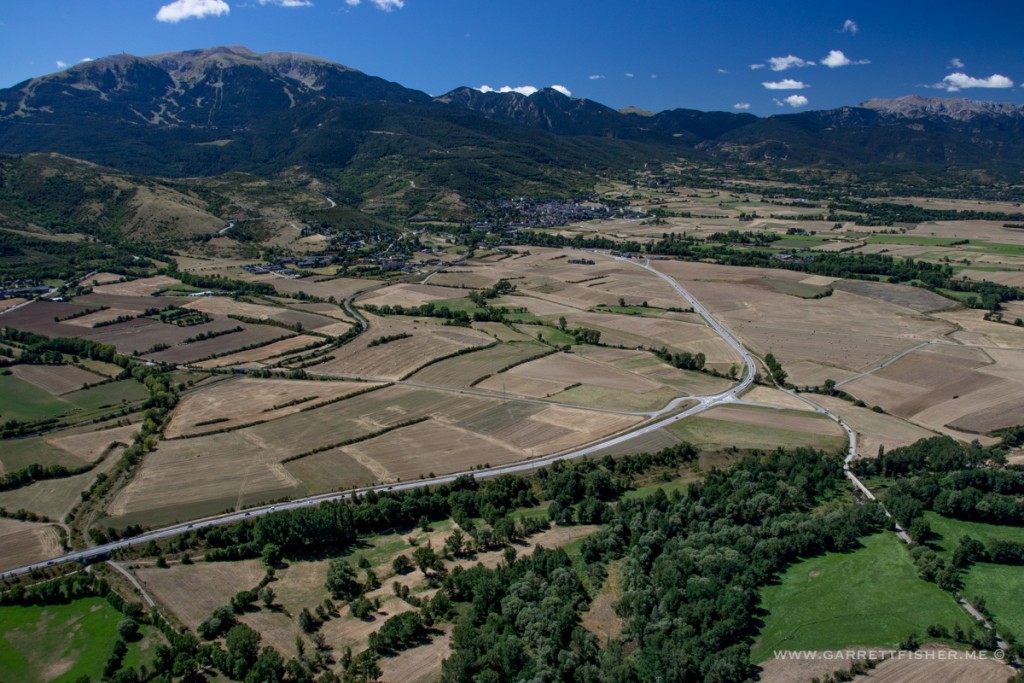