I had considered skipping over this flight, owing to my blogging laziness. I have been very busy attacking the largest peaks, glaciers, box canyons, and high-altitude fields I can find, filling my life with climactic bliss and complication to levels not seen in a while. However, I still retain a mental fixation on the subject, so off we go.

Before I get into the specifics of the flight, I must preface with a bit of my views on hot weather. I may have alluded to my “displeasure” (read: scathing, venomous, raging disdain) for weather in excess of air-conditioned room temperature. I could write vivid, almost poetic literary philosophies, bathing a reader in every shred of wafting perspirant-soaked misery, though I will not. There is a curiosity I have encountered, that there are some on this planet that love heat and humidity and could spin poetry about every shred of misery experienced when temperatures drop below 21 C / 70 F. It takes all kinds to make the world turn, apparently.

This flight took place on the day of the pinnacle of the European heatwave that cooked France and Spain. Just two weeks prior, it had snowed down to 6,000 feet. Now, it was over 100 degrees at nearly 4000 feet elevation, blowing past the hottest temperatures we had experienced. When it gets that bad, something curious happens: I hope it goes to 120 degrees. If it is going to boil over, then go for the gold and reach for the stars. Can I cook my breakfast egg on the sidewalk? Will my car dashboard melt? Will my liver overheat and fail? Most important….will the plane fly without hurling an expensive and necessary metal piece through the crankcase?

I flew the PA-11 with a passenger in North Carolina on an all-time record high day of 104 F. She’s a little sluggish and flies fine. I flew once possibly into the mid-100s in western Kansas, risking heatstroke as I was flying all day. I had to soak my clothes in water, including extra t-shirts, and drape them on my legs while in flight. While outside air may be 105 F or so, the engine blows atrocious heat into the cockpit, to the point where I am ready to puke, even with the window open. Ghetto rigging a pile of wet clothes into a swamp cooler does the trick.

Sadly, I could only get to the airport when the temps dropped to 98 F. It was a bit…toasty… outside, though the plane performed fine. That got me thinking….what is the worst density altitude I have taken off from?

All in all, it wasn’t bad, in line with density altitude calculations. Saharan dust was gross looking. One might look at my photos and note that they are not bad, which I agree that the final product is fine, though it takes a lot of filters, angles, post-processing and algorithms to get to what is produced. Interestingly, color temperatures with the haze veer strongly to the warm, despite anti-haze algorithms typically cooling them in laughably excessive ways.

In the traffic pattern. 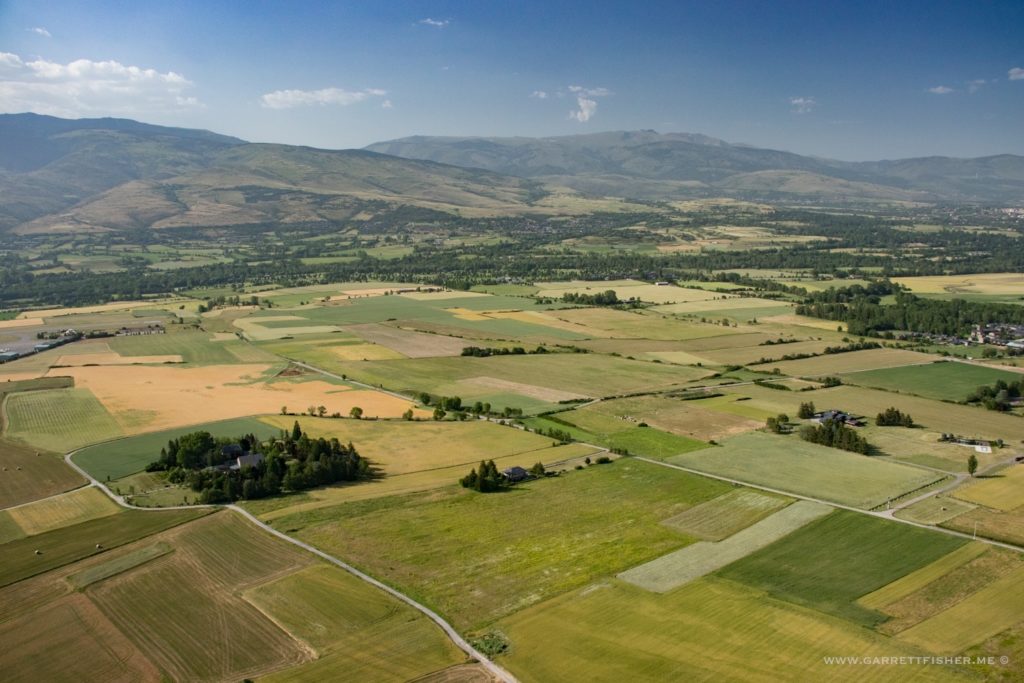 Puigcerdà in the distance. 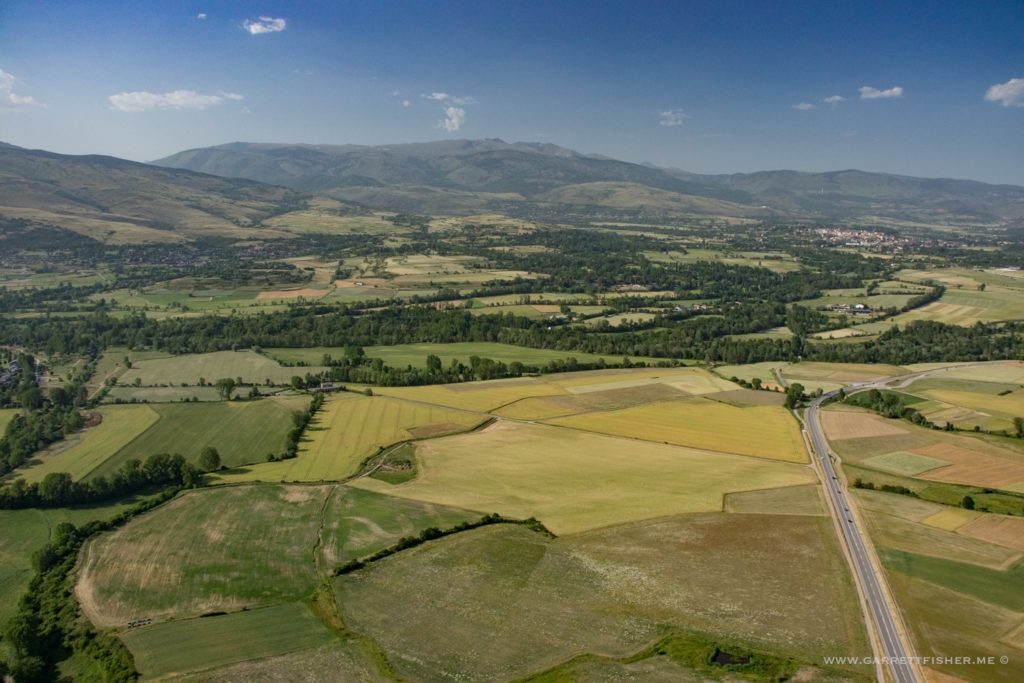 Das. Haze is less as distance to the horizon is shorter due to mountains. That is one trick to work around haze….get closer to the subject. 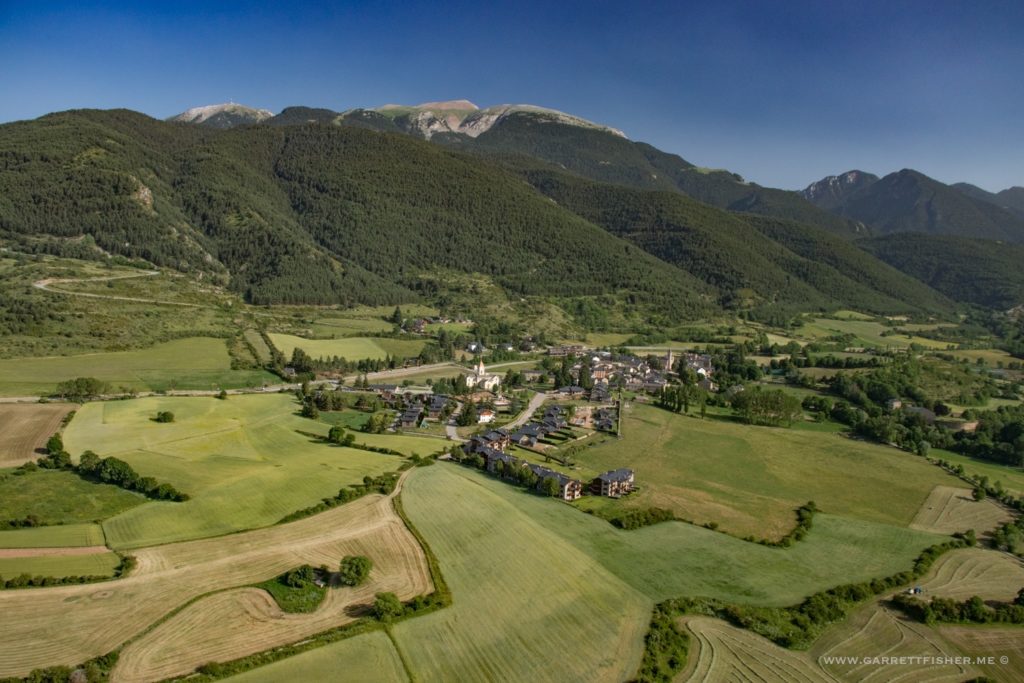 On long final along the Riu Segre. Fields went from lime green to golden pretty quickly with the heat, though soil moisture was good due to previous rains (and snow). 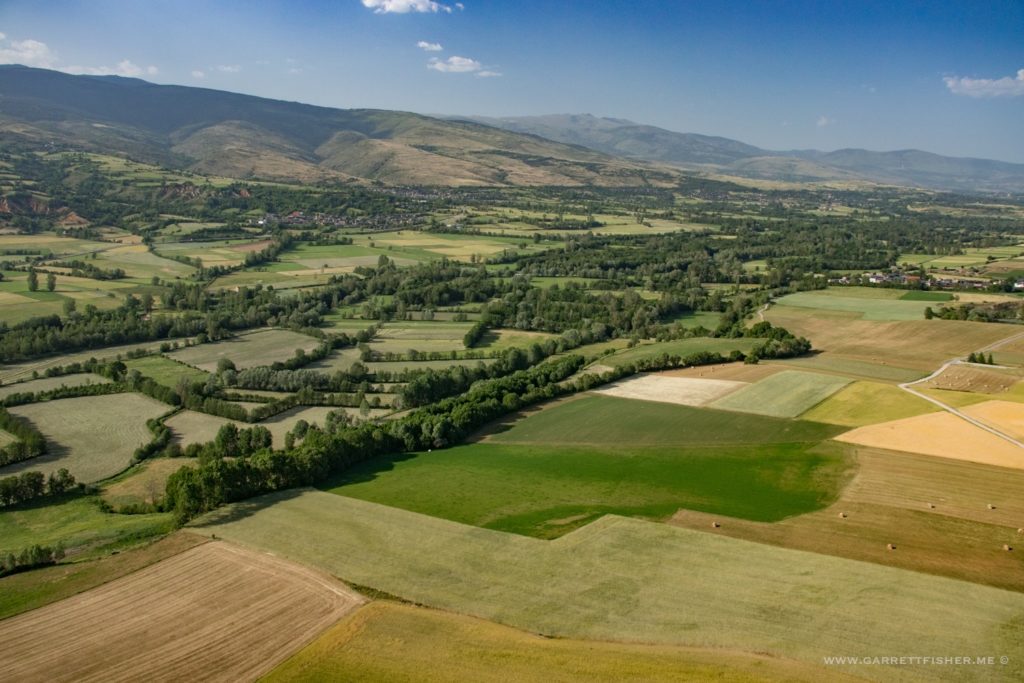